Some of you have probably guessed what is in the 1000pt Mechanicum list I am currently building from looking at the photos from yesterday's post. We also have not had a gaming related article yet and this fits the bill nicely. So rather than be all secret squirrel about it I thought I would share it with you and get your thoughts on it. Yeah, some people don't like sharing their lists until the absolute last minute to gain every advantage possible, but if your opponent is good enough they will mitigate that on the day anyways. If anything it is more of a challenge if the opponent comes prepared!


So without further ado here is the army list:

HQ - Magos Dominus. The Magos can be kitted out with a vast array of gear if you want to spend the points on him. If you want them to be a heavy weapon toting relentless killing machine you need to cough up the points and upgrade him to a Archmagos for 35pts giving him  Relentless and a boosted profile, and either a Photon Thruster or Conversion Beamer for some long range boom. 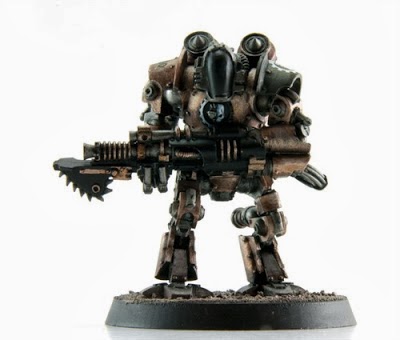 I have gone the cheap option because 1000pts isn't a lot for Heresy and all it takes is a stray krak missile to ruin your day. The Mechanicum Protectiva gives a 4+ invun - he already has a Refractor Field for a 5+ invun which can be upgraded to a 4++ with a 15pt Cyberfamiliar, but the Proctiva is cheaper at 10pts. The Machinator Array is a good by in my opinion, it boosts his toughness from 4 to 5, gives him a flamer and an Inferno pistol plus two additional "powerfist" attacks at initiative 1. The upgrades make him a bit more survivable as to me his soul purpose in life is boosting the Battle Automata with the Cybertheurgy.


Troops - Thallax Cohort. Hit and run troops, also last minute objective grabbers. Being Jetpack troops they can move and shoot their heavy Lightning guns, and also get a free move in the assault phase. No upgrades here, this is mainly due to no Photon Thruster model being released. 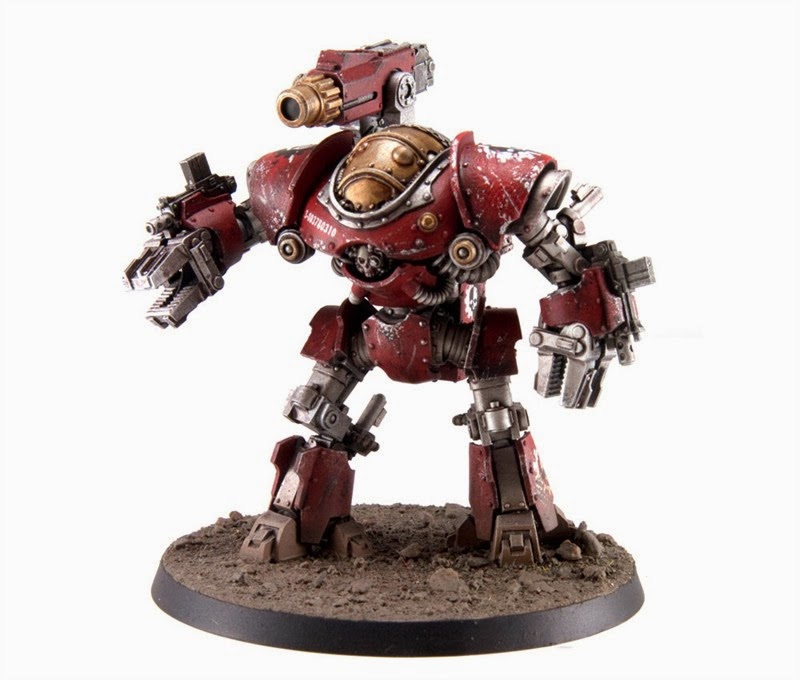 Troops - Castellax Battle Automata Maniple #1. The first of the two heavy hitting units. These things are off tap. At a measly 85pts base, these MCs have an phenomenal stat line and excellent weaponry to match. AP3 boltcannons make a mess of marines, and flamers are great as a counter assault unit as well. Frag grenades to retain that initiative when charging into cover makes sure those AP2 attacks go in before most Powerfists / Axes. One of these bad boys is trouble enough but 3? Have fun with that.

Troops - Castellax Battle Automata Maniple #2. If one maniple of these things is hard enough then why have two? Because I am a jerk. The first lot are CC orientated, these ones are more suited to sit back and remove the opponent's models all day. Darkfire cannons give S7 AP2 lance shots, and the Enchanced Targeters give +1 BS to the Maniple, as well as -1 from the enemy model's cover save. These can even glance away at a Spartan Assault tank, and if shooting doesn't work then Smash attacks in CC will.


So there you have it - what are your thoughts? Solid list or doomed to fail?