G'day, I wanted to have a bit of fun today, and thought I would look into the personality of some Primarchs over the next few articles in this small series. I am going to start with one that I like: 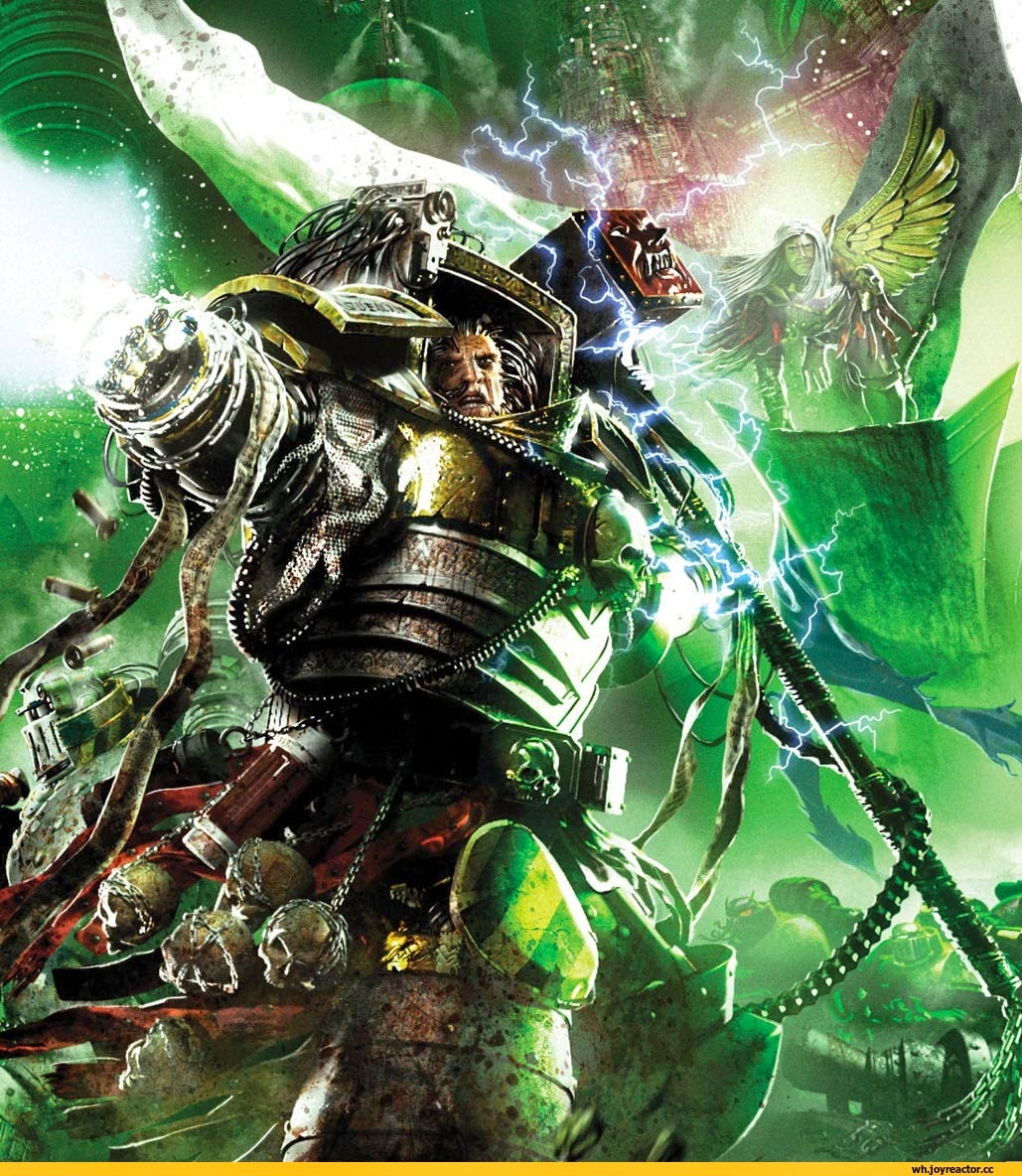 Perturabo, sometimes called the Lord of Iron (known also as The Breaker and The Hammer of Olympia) is the Primarch of the Iron Warriors Legion, one of the original twenty Space Marine Legions. Weaned on war and intrigue in the strife-ridden courts of his home world of Olympia, Perturabo was a grim warrior and master of technological arcana who wielded logic and the mathematics of warfare as keenly as he did a blade and bolter. The Lord of Iron was taciturn to the point of insult, preferring to harbour his thoughts against the threat of treachery, even amongst his kin. Few would call him friend, but none could fault his ability to wage a campaign and plot the most direct course to victory regardless of the cost and despite the strain put on him and his IV Legion during the long years of the Great Crusade. His word was as unbreakable as iron. Unlike his brothers, many of whom embraced the Emperor's Great Crusade with near fanatical devotion, Perturabo thought of it simply as a task that his sworn duty to the Emperor compelled him to pursue. His conquests were innumerable, but unremarked and unthanked, as his Iron Warriors brought many worlds into the Imperium of Man, but he left behind him shattered worlds on the brink of extinction by his brutal, if effective, strategies.

This is Perturabo. Cold, calculating, he isn't out to make friends, he is a master of war. Growing up on Olympia, he was essentially a hostage, in the ancient way, where a ruler would take the sons of enemies and they would grow up in their court in order that their families did not rebel against their overlords lest their child be slain, and also that it bonded the hostage to the captors. I feel that in a lot of ways, this is what helped to define the character. Here is a man who is clearly not loved by his 'family', rather he feels that he is honour bound to serve them. This endears him to no one, and clearly he is awaiting such time as his 'father' passes so that he will be free of this.

The great tragedy of Perturabo, is that he is a god of war, yet, he wanted none of it. He would have preferred to spend his days creating and building, the sadness of his upbringing on Olympia and later the trials of The Great Crusade broke a man who was an artist at heart. He remarked in the Black Library Novel: Angel Exterminatus that the only engineering marvel that he designed and was ever built was used as" a pit to throw Magnus to the wolves" he is of course referring to the great amphitheater constructed at Nikea under the volcano, which was destroyed after the council finished. The only other of his civil engineering projects created was Fulgrim's Amphitheater.

The as the Heresy began, an event occurred on Olympia. There the numerous deposed tyrants and former rulers rebelled against the Imperial yoke and in his fury, Perturabo wiped the life from his own world. If anything which happened in his life were said to be what finally broke the man, it was
this event.

So why did Perturabo turn to Horus? Well, now we get into the guts of it, and why I actually like Perturabo. Unlike the other Primarchs of the Traitor Legions, Perturabo had many reasons. It wasn't like Mortarion with his Daddy Issues, or Fulgrim's vainglory. For Perturabo himself, he said that the only person who could forgive him for his actions on his home world was Horus. I think there is more to it however.

-The tragedy of Olympia; Perturabo gave these people everything he could, but they turned on him, shattering his belief that he was able to help these people. His own people had betrayed him.
-He had no close ties to his brother Primarchs; When asking Ferrus about if his silver eyes gave him unique insight similar to those that Perturabo had, he was met with scorn. The only Primarch who it could be said had any attachment with him was Magnus, who had spent much time discussing ancient wonders with Perturabo. This leads into
-Nikea; At Nikea, the Emperor took the most cherished of Perturabo's ideas, the great stadium and there used it to persecute possibly the only brother Perturabo liked. Imagine having shown something you've created to your father, only for him to use it to beat your brother into submission?
-Siege after thankless siege; for the Iron Warriors, theirs was a life of grueling siege combat, fought against some of the most horrifying aliens in the galaxy, yet not a single kind word was ever said of them. Again, imagine this from Perturabo's perspective, having done all he can for his father to please him, he is forced to fight war after war, losing countless of his 'children' and not even a thank you.

In the end, I think it is understandable why Perturabo was broken inside.

Fulgrim and the Angel Exterminatus: some spoilers

Let's just say it: Fulgrim is a dick. That's why Wadey loves Fulgrim, he loves the... yeah. Fulgrim tries to lure his brother into a trap so that he may ascend to daemonhood. The other Primarchs could do it without having to kill their brothers, but for that prick Fulgrim, this was the only way. What a dick. Throughout the tale, Fulgrim's antics get him shot in the head, his flagship destroyed, his face caved in and finally split in two with a hammer. Thankfully, Perturabo is able to wise up to Fulgrim, not that he ever trusted him, and by using his strength and intellect to rise to the occasion he manages to save himself. Unfortunately Dick Face Fulgrim manages to reach daemonhood anyway.

Perturabo's Finest Moment: Teaching Fulgrim a lesson by smashing him repeatedly into a miniature warhound titan and belting the crap out of him. I defy anyone who has read the novel to have not cheered a little when that happened.

He is blunt, direct to the point. He isn't a schemer, he has a plan, and he will enact it to the most logical conclusion. Beyond this, he is not just a war maker, he wants to rise above it and reach the next level, to build a newer and better society. The sad fact is that, like Magnus, here was a Primarch you wanted to have as a Loyalist, something which ca be said about very few of the traitors.

Perturabo embodies the very best in us, but also what can happen when we reach for the stars only to have them snatched from us and to fall into darkness.

Too poetic? Maybe. Still, what do you think? Do you like the guy? Hate the guy? Let me know:

Email ThisBlogThis!Share to TwitterShare to FacebookShare to Pinterest
Labels: Primarch