G'day, Macca here, with a rather picture heavy update. Today, I will cover the Iron Havoks, Destroyers, Command Squad and 3 HQ's for my Iron Warriors.

My Iron Havoks had to stand out from the regular space marine devastator units, (in case I ever use them as well), so in order to do this, I used Iron Hands MK III Legionaries. Although a slightly more expensive option, it was well worthit, as these squads look great to me. 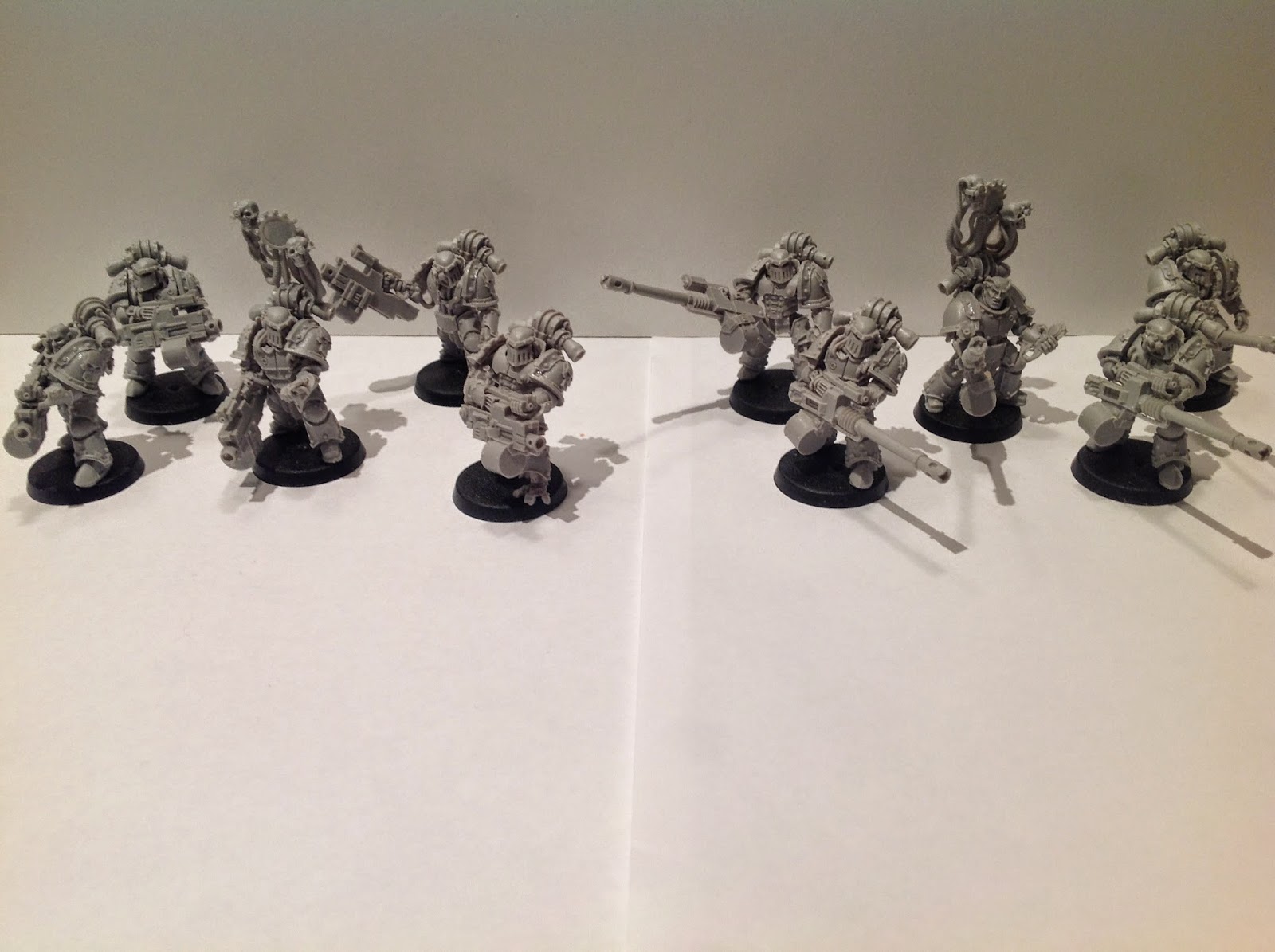 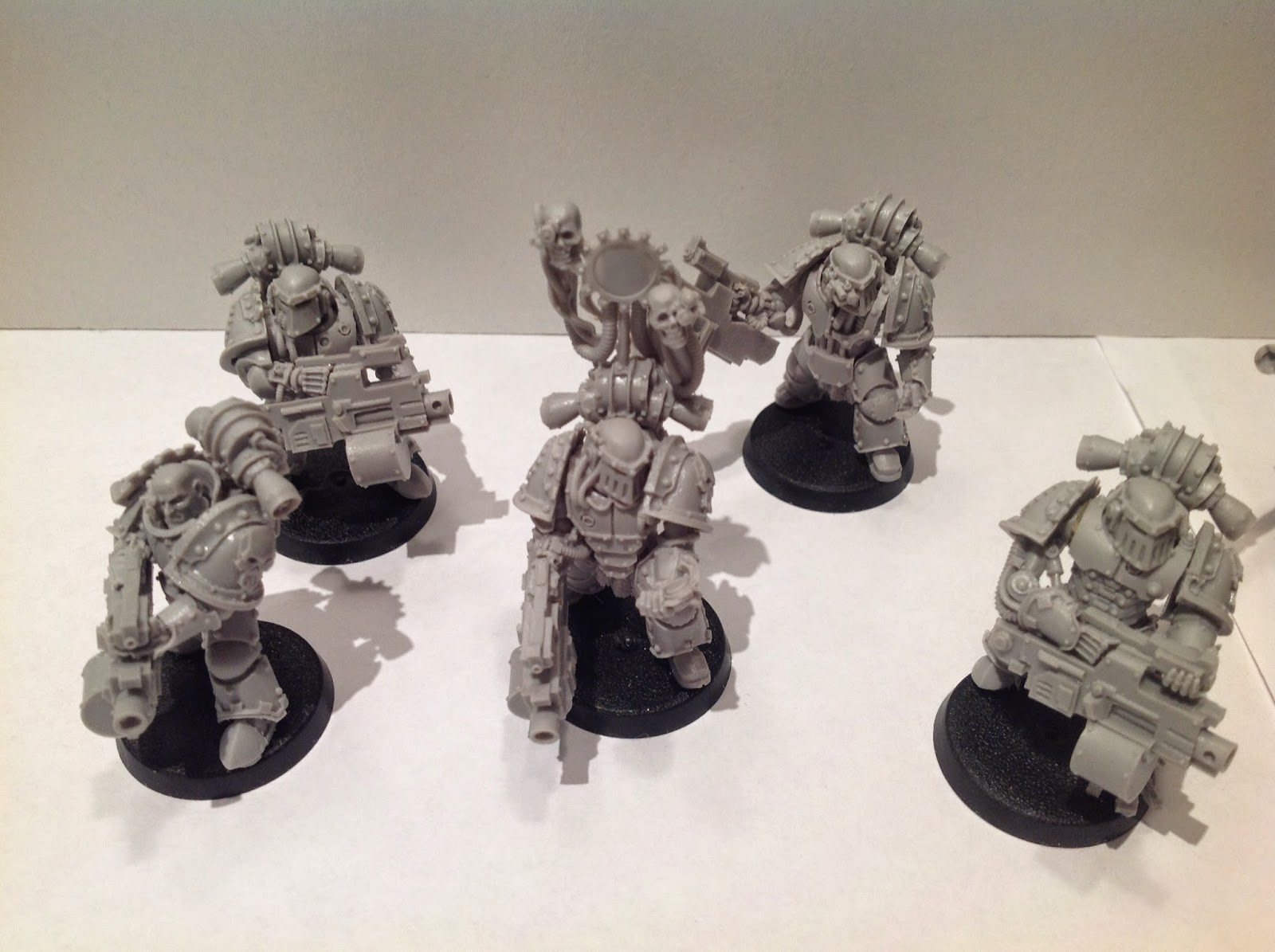 The heavy bolters use shrapnel rounds, so they aren't as effective as regular ones thanks to the lower AP, but I wanted to take them anyway because fluff. 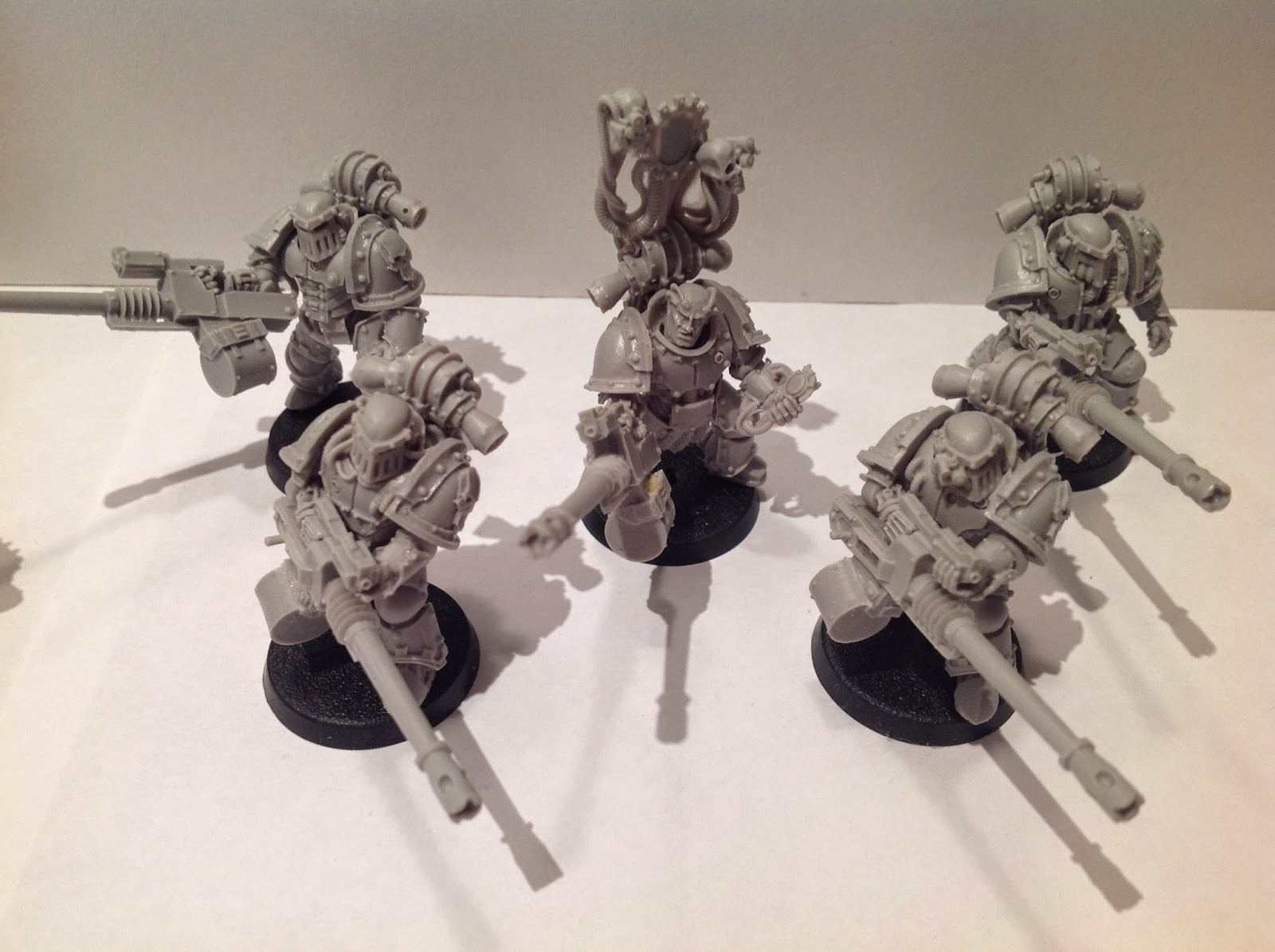 The Autocannons here are must-have weapons on these guys. They compliment their special rules nicely. The only modification I made was to use the spare drum magazines off the heavy bolters to replace the large (and a little annoying to model) belt feeds. 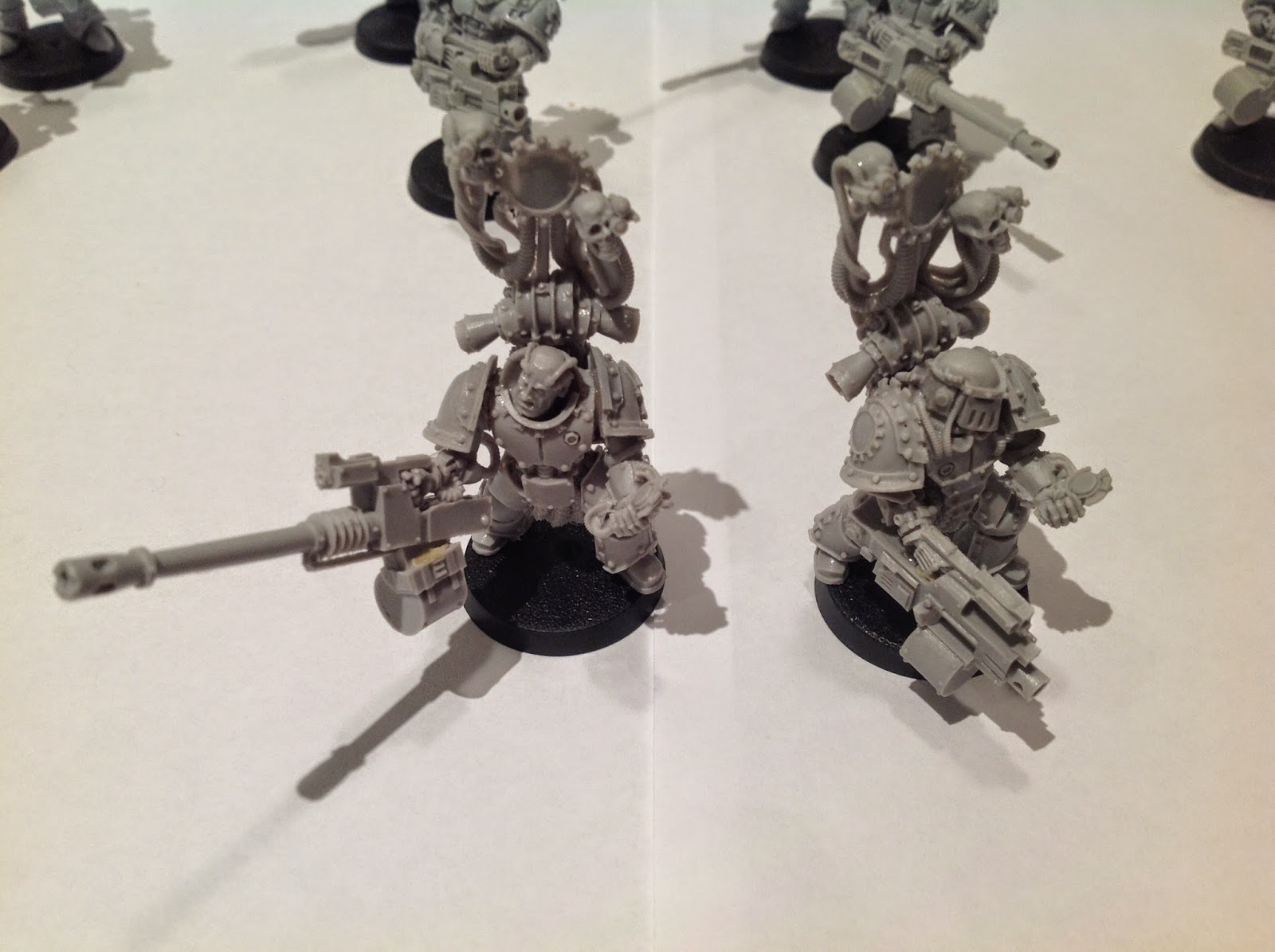 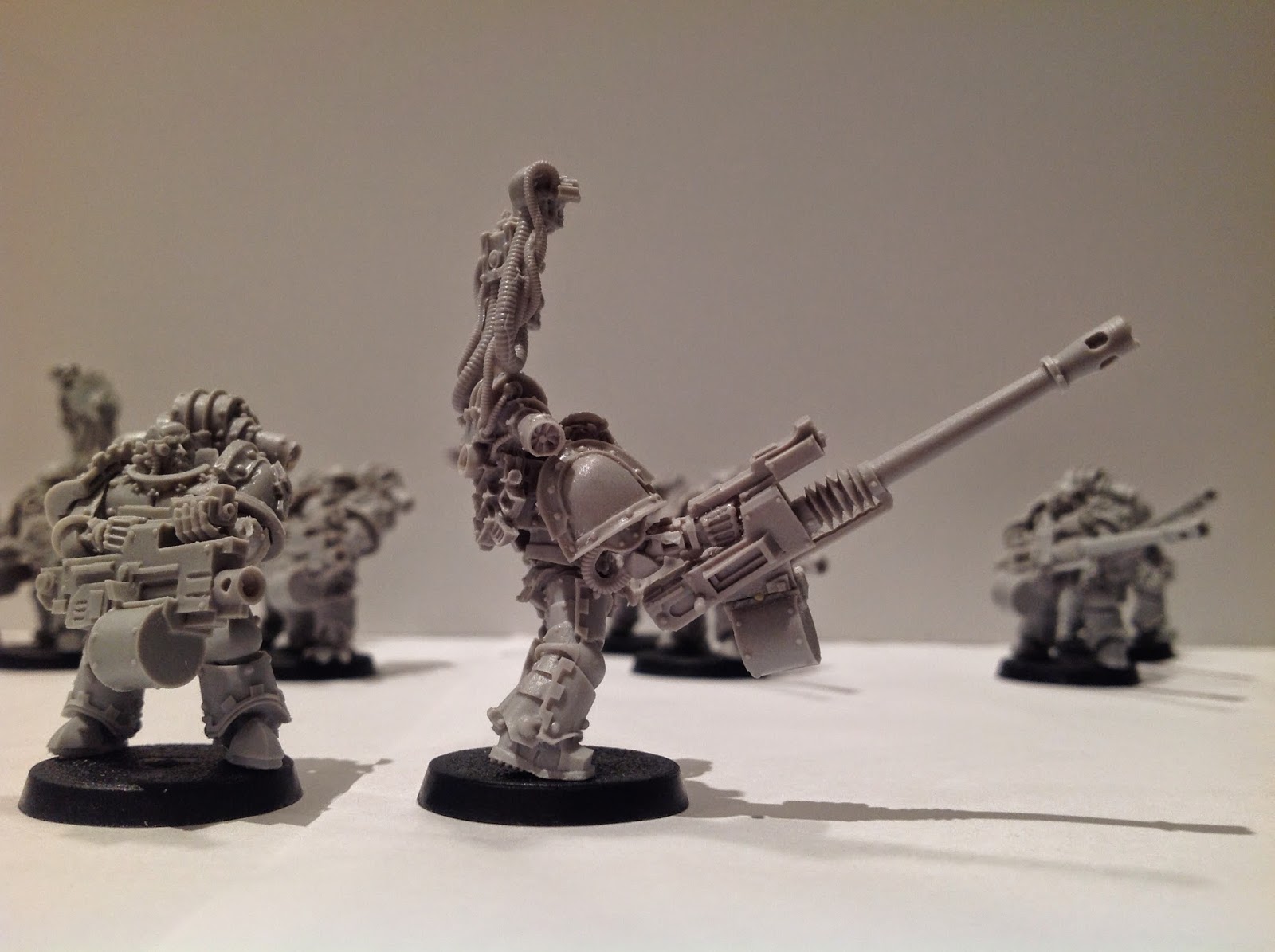 I have 20 Destroyers in my Raven Guard. I decided I am a bit over the MK IV, so I chose to arm these guys with MK III. Why? Rule of cool, and there is some vague fluff to allow it. I just imagine these guys running through the breach, first into the fight. 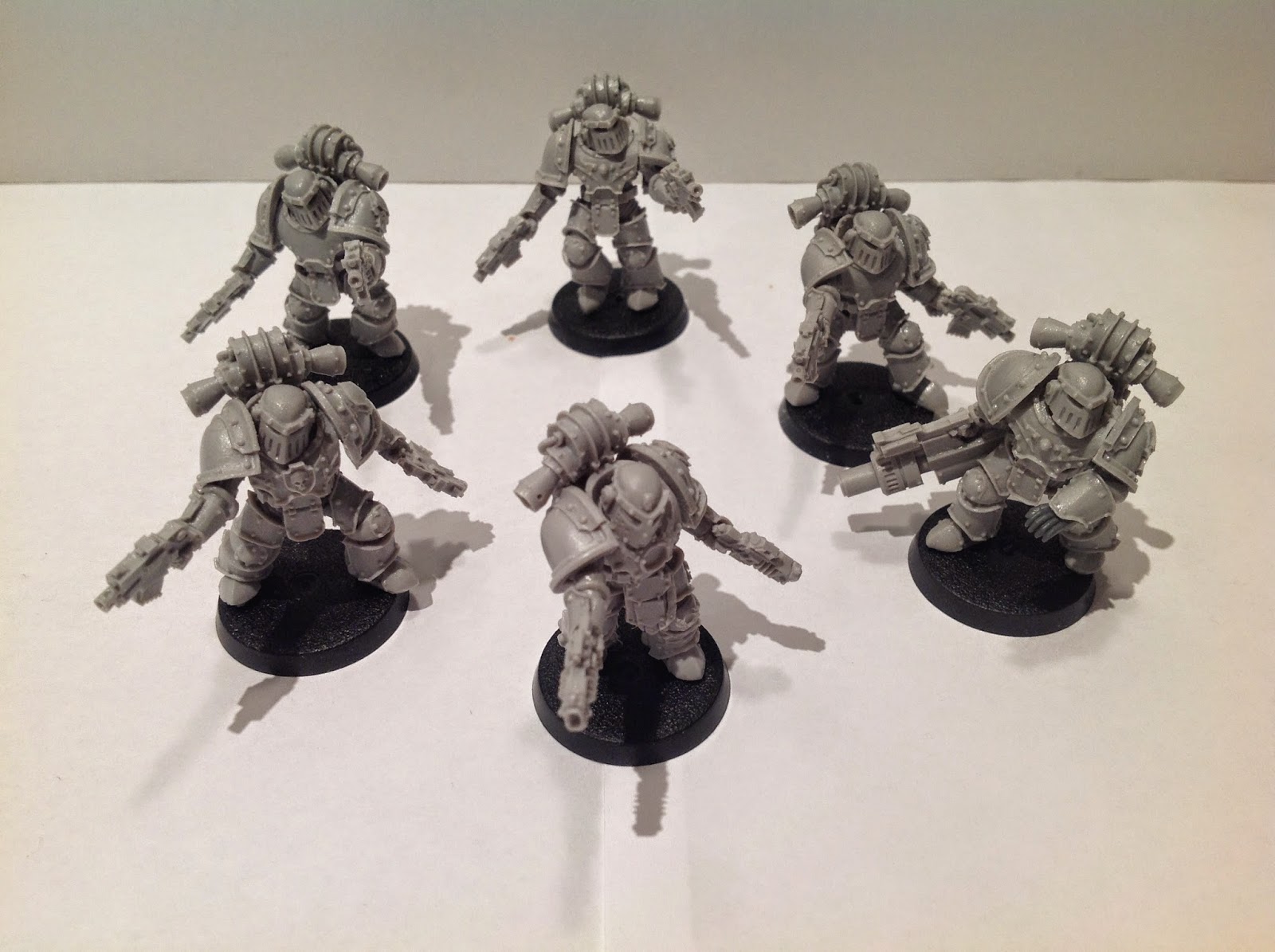 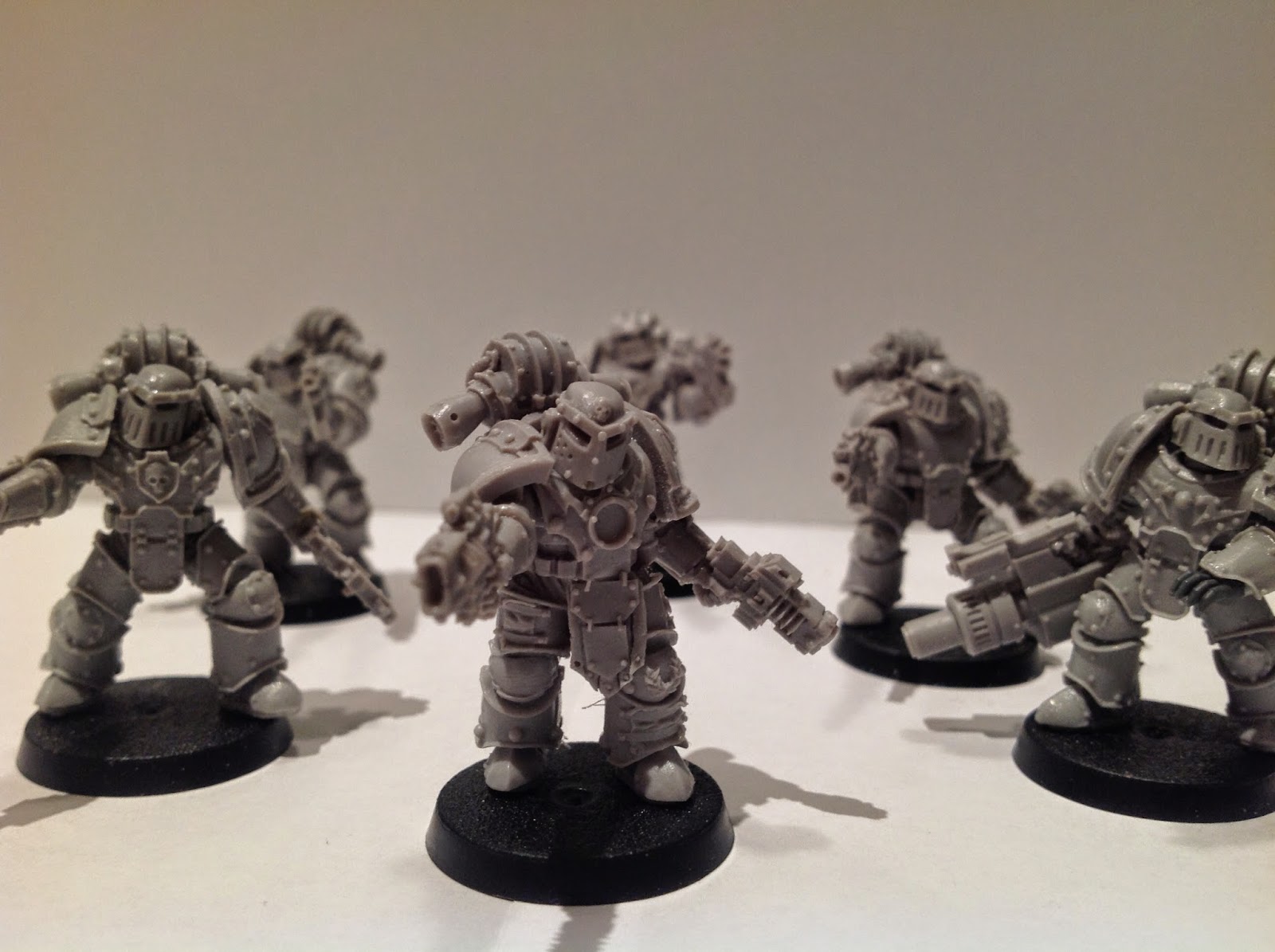 The twin-volkites for the Moriat are a must-have. Thanks to the massive (and a little bit silly) changes to the Moriat, these are essentially the best option available now. This is ok however, as I love volkites and I always wanted them over plasma in this army. 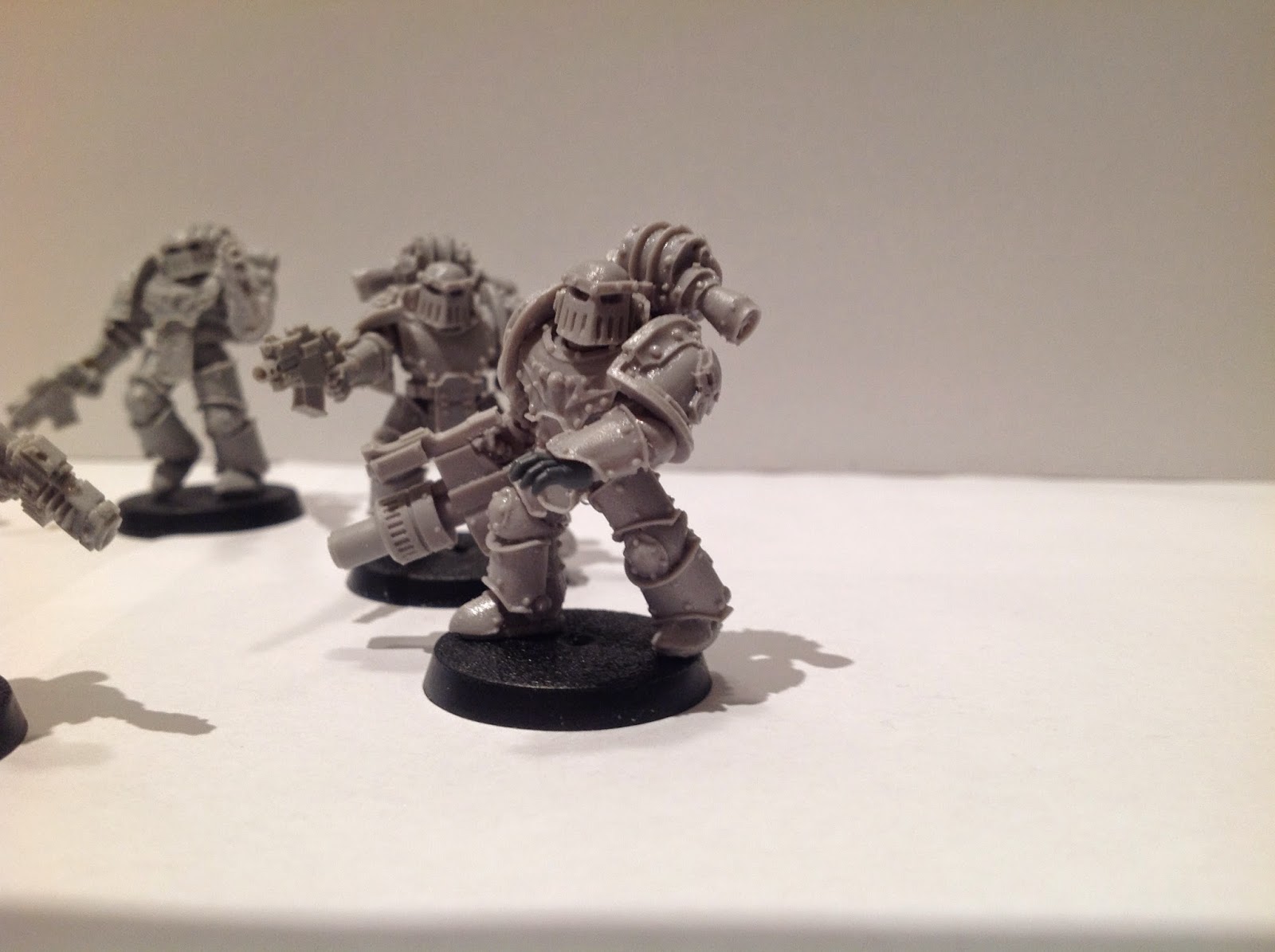 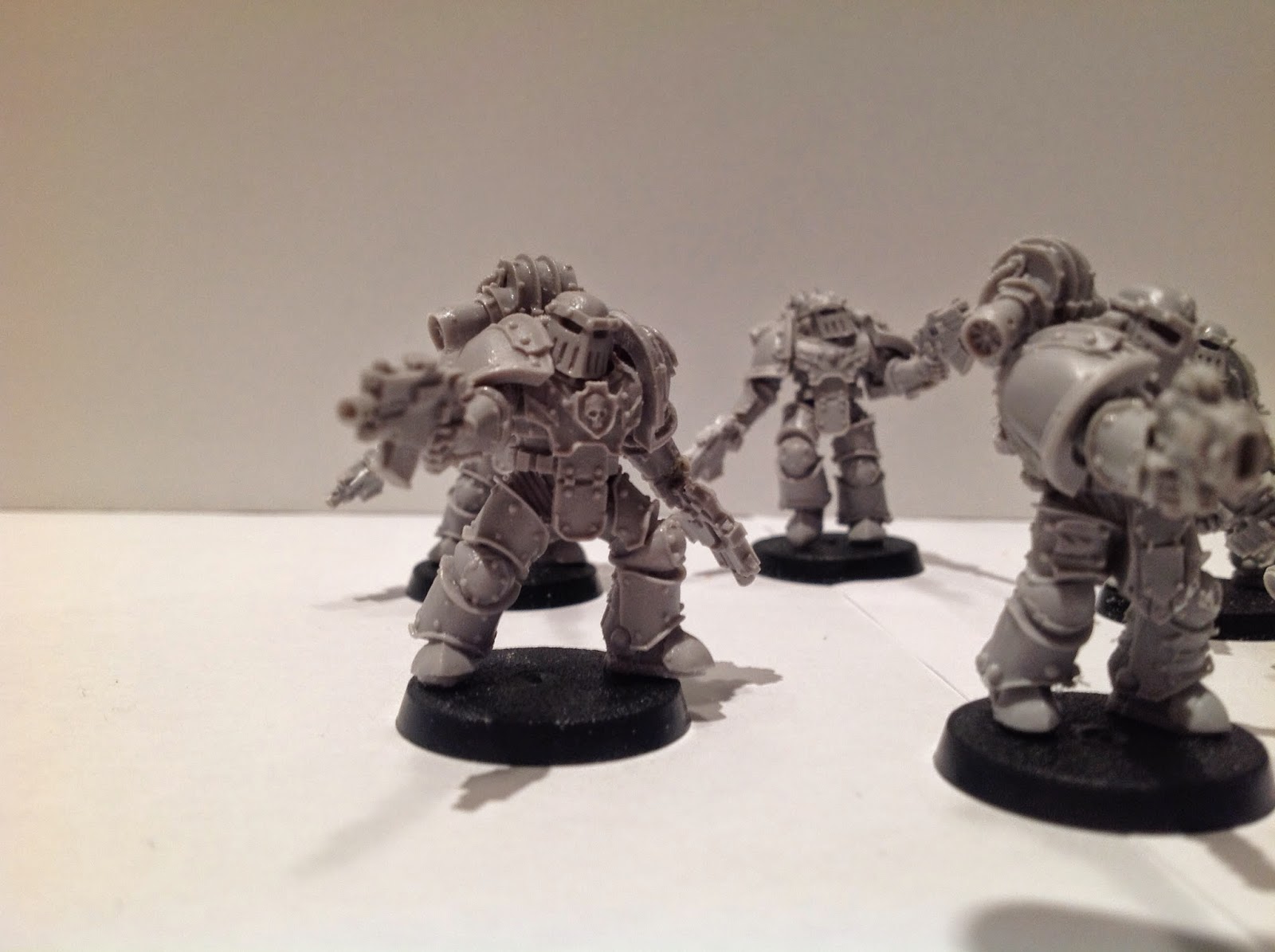 The Dirty Not-Quite-Half-Dozen. I started playing Warhammer 40,000 back in 2nd ed, but one of the first kits I loved (but could never afford) was the original metal space-marine command squad. The idea of half a dozen different individuals (in those days, techmarines, apothecaries, etc were all in a command squad, not their own entries, and they were WAY less effective thanks to the apothecary and his awesome 'ignore 1 wound only per turn' rule). So yes, cool visual, terrible rules.

Cue the Legion Command Squad. I started by using Medusan Immortals from the Iron Hands (again), and then some clever scalpel work and some upgrade bits later, I came up with a unique squad. These guys are ruthless, each one wants to be elevated to command, and I can jsut see them stabbing their commander in the back. 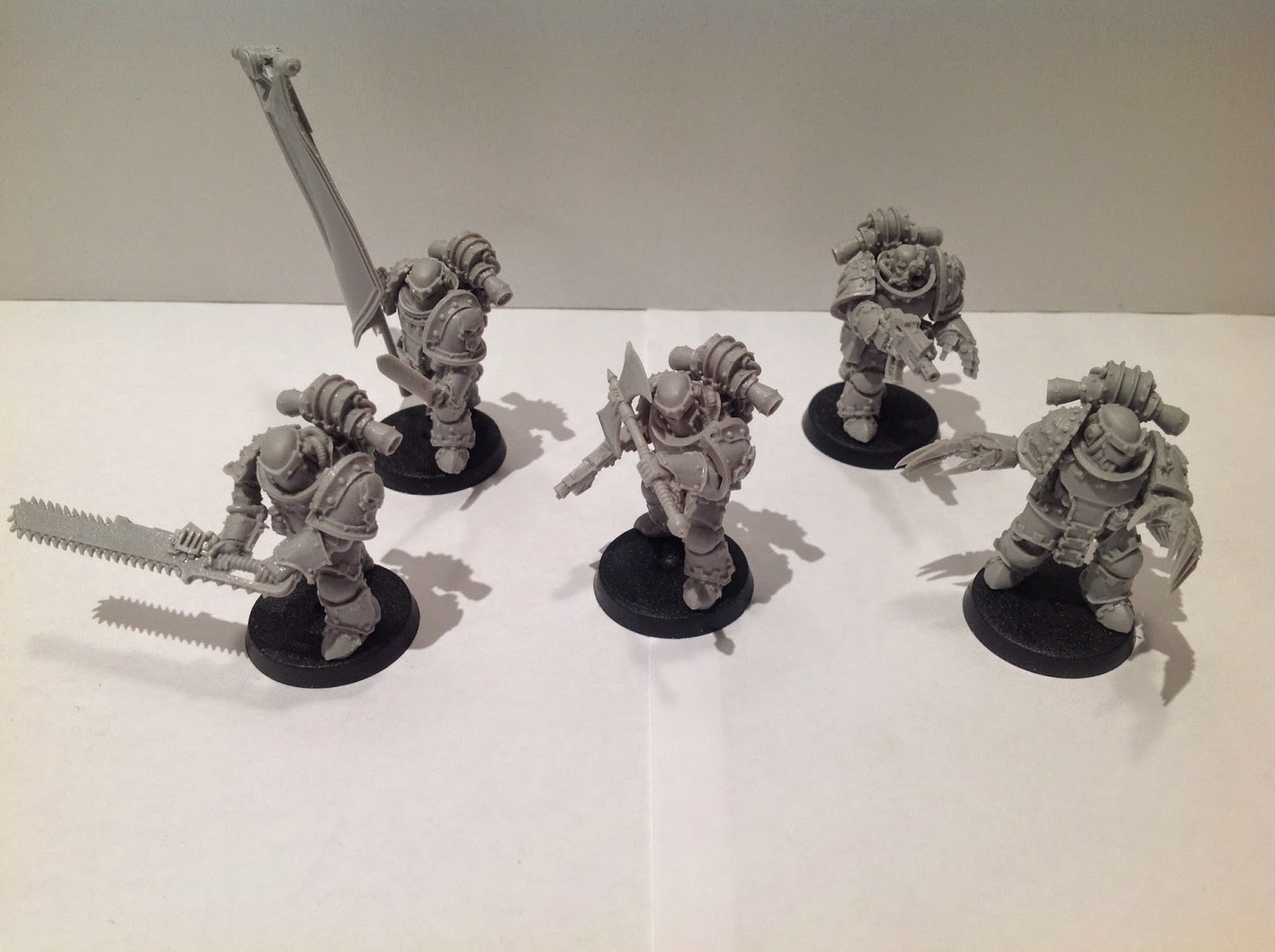 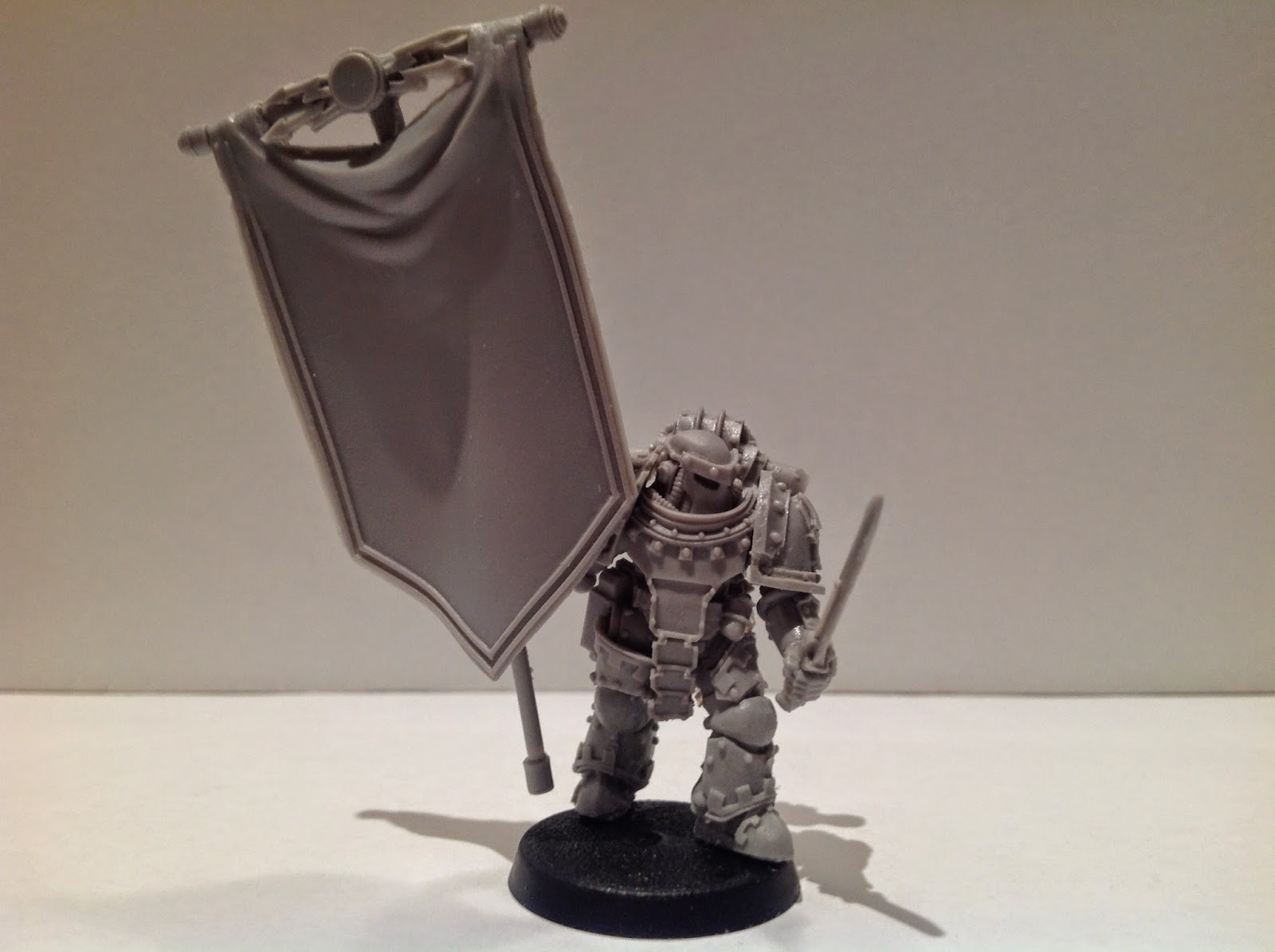 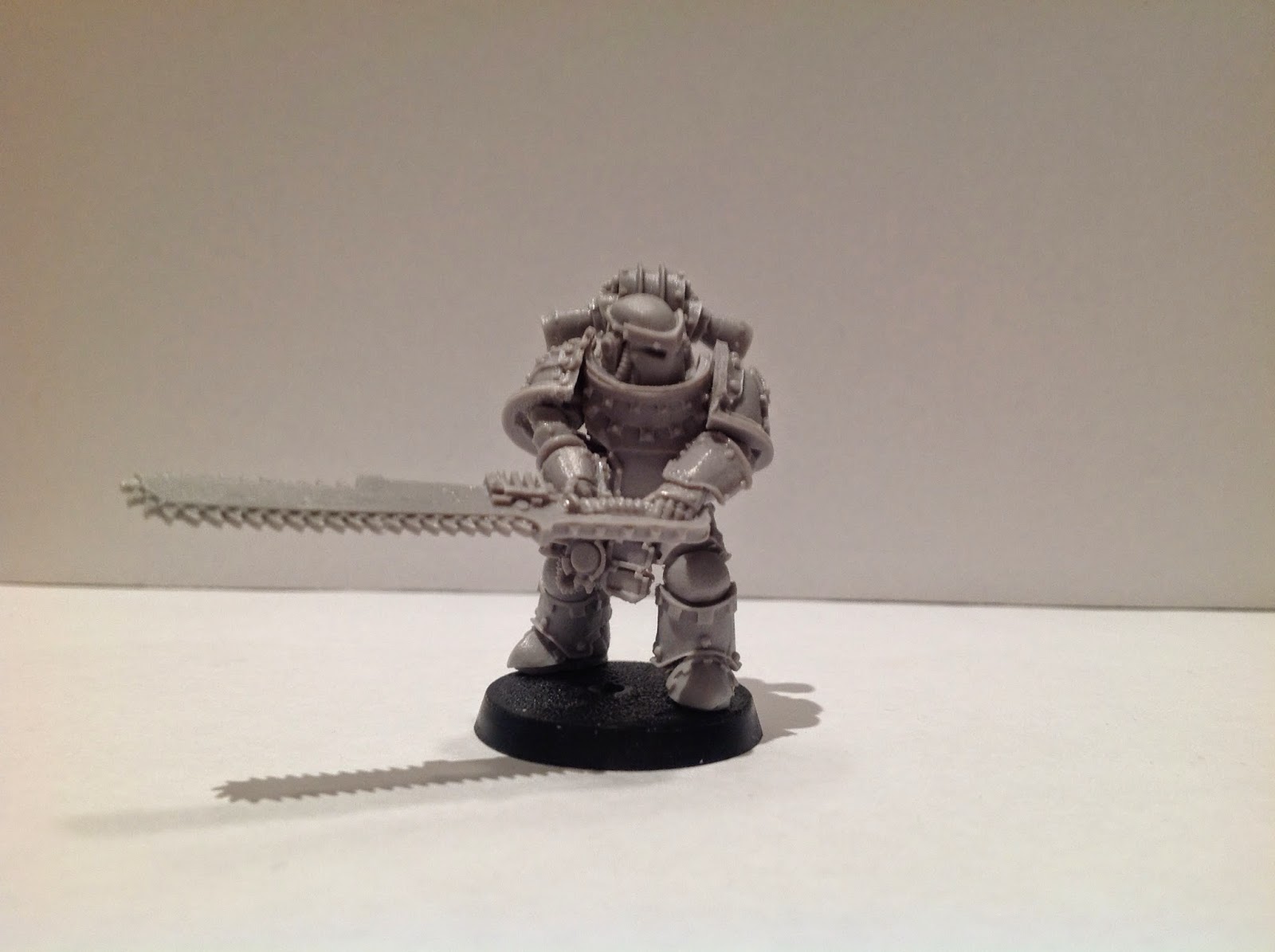 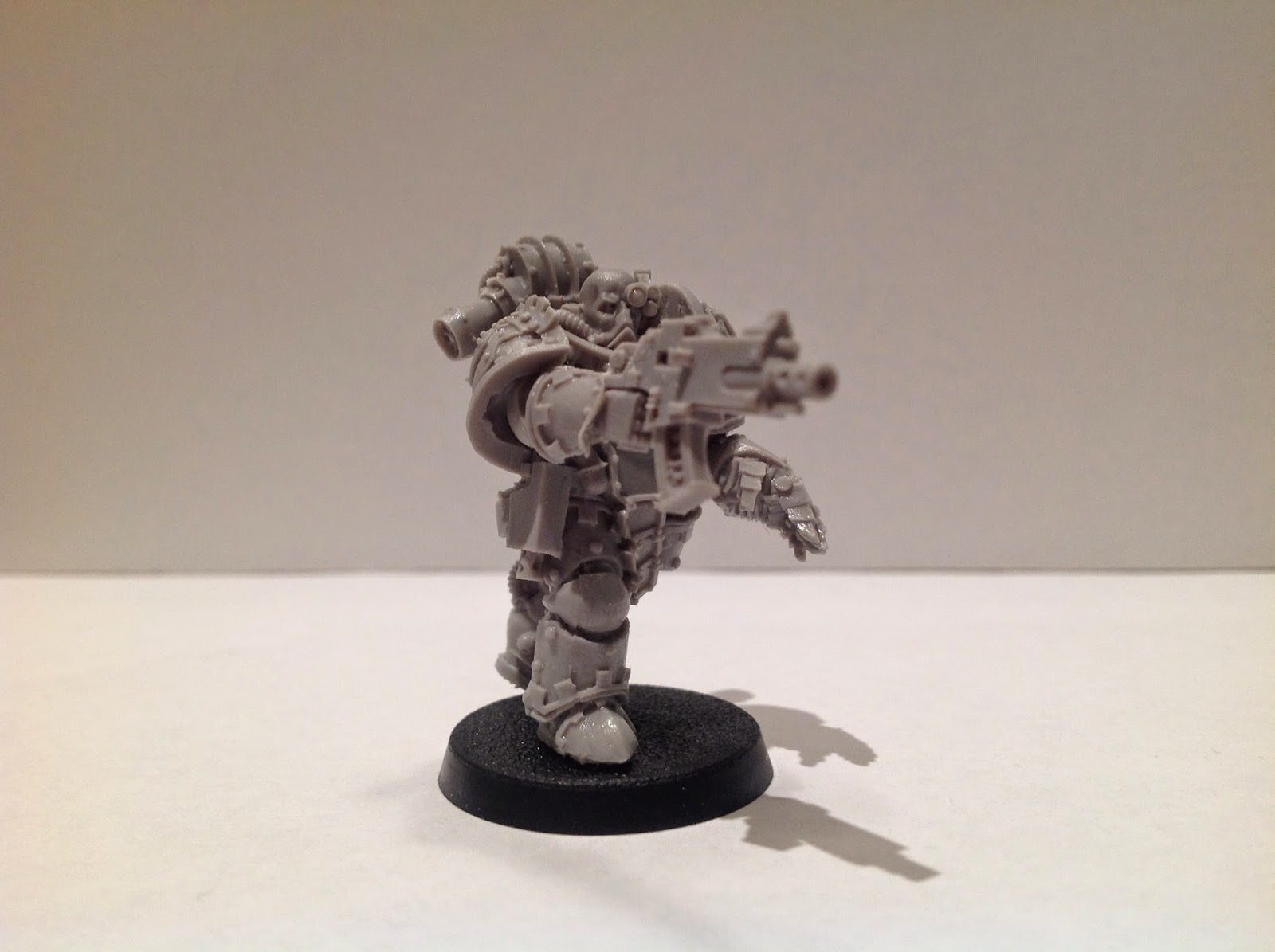 This guy is wannabe "Hellboy", but his face is less weird then Ron Pearlman. Come at me Ron. 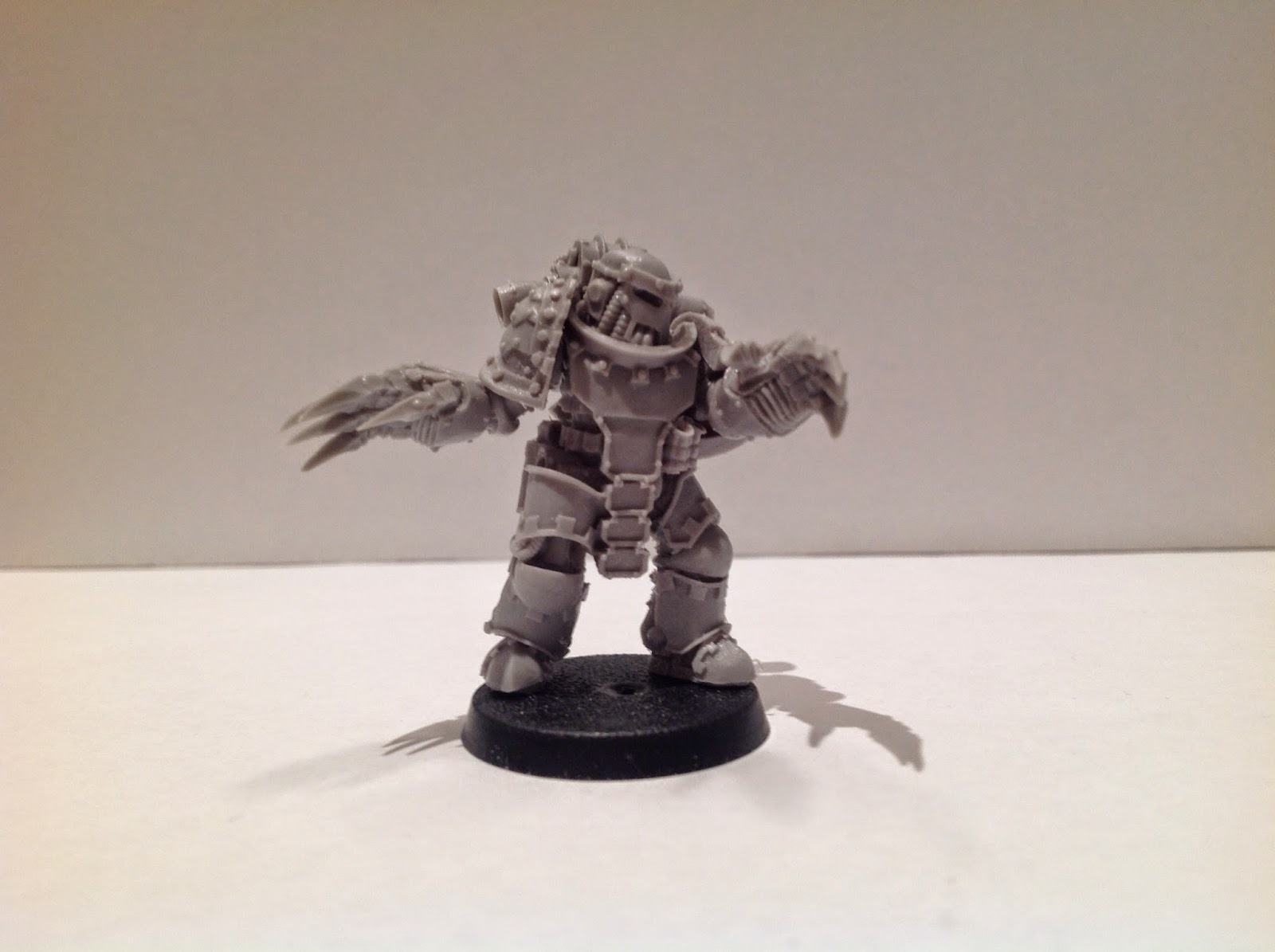 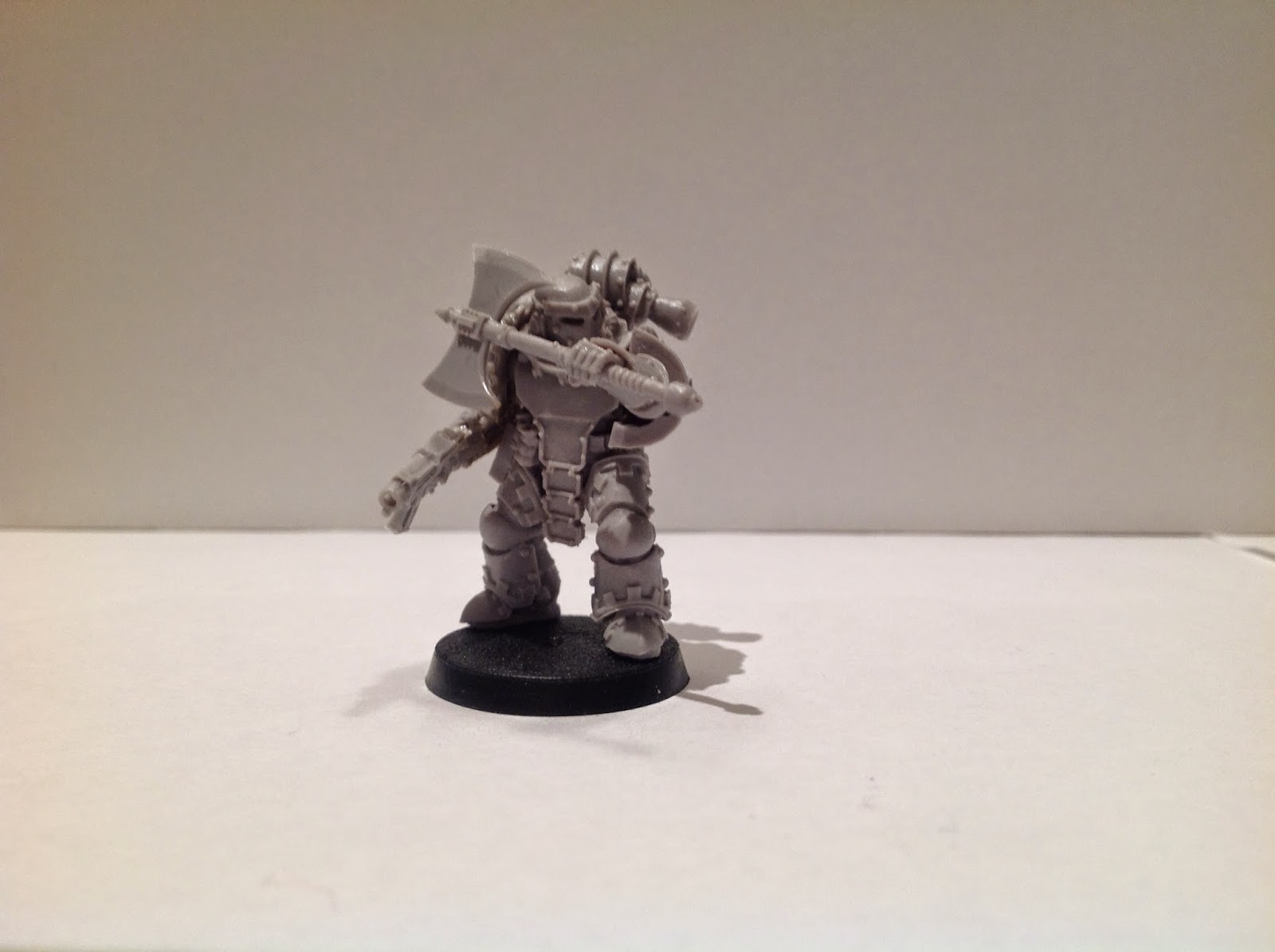 Siege Breaker and The Warsmith of the 77th Grand Battalion:

Yes, 77th Grand Battalion, the Siege of Paramar. These are loyalists, they will take the fight to the other loyalists, I mean, the Alpha Legion. Simple builds, I used a Sons of Horus commander, with parts from the Titan Tech Priest and the loading arm off a marine missile launcher to create his servo arm. I decided to keep it small and delicate, as he is a battlefield commander, and I think he would be a little less 'large-scale' or 'industrial' than a Techmarine. 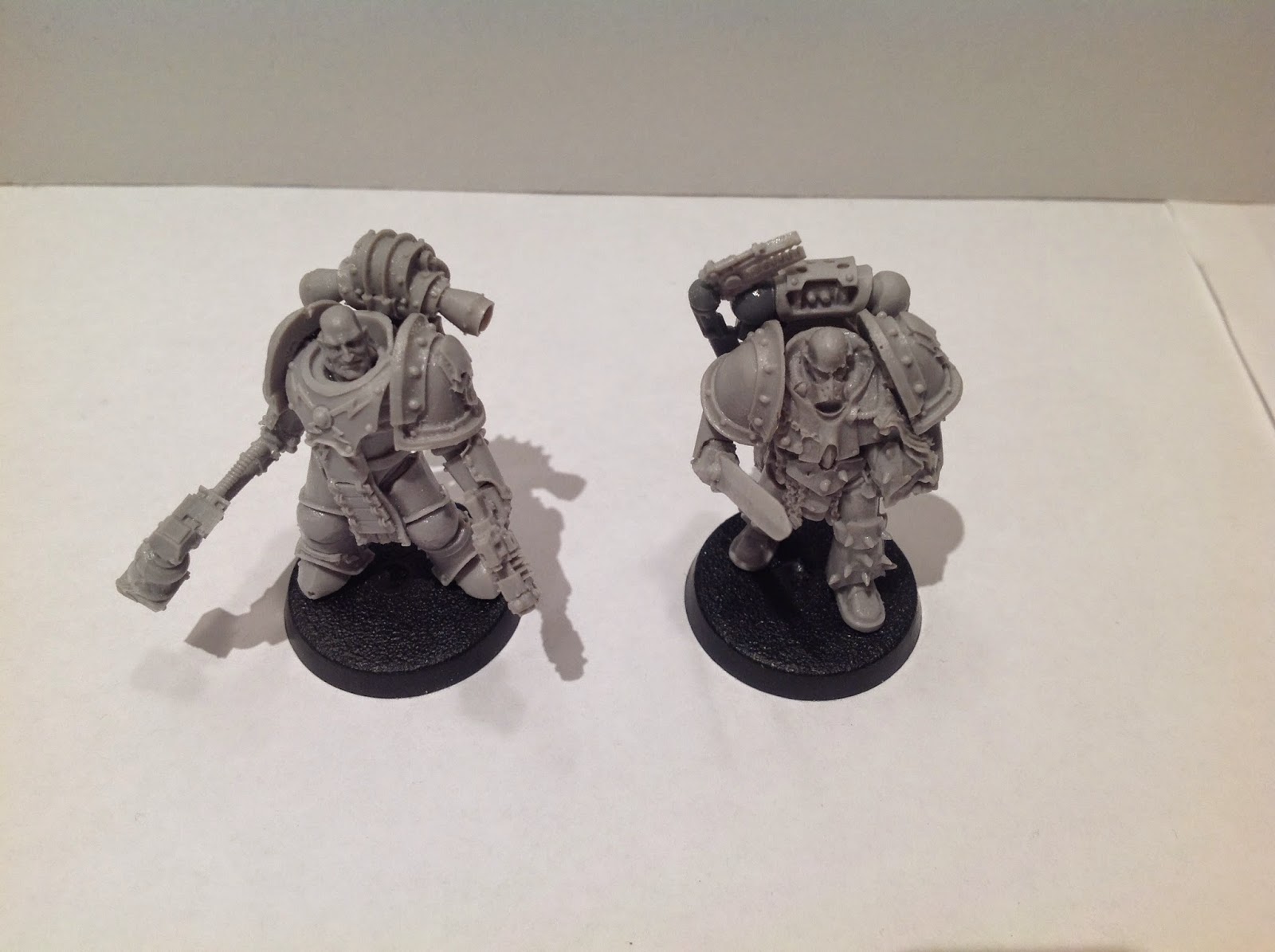 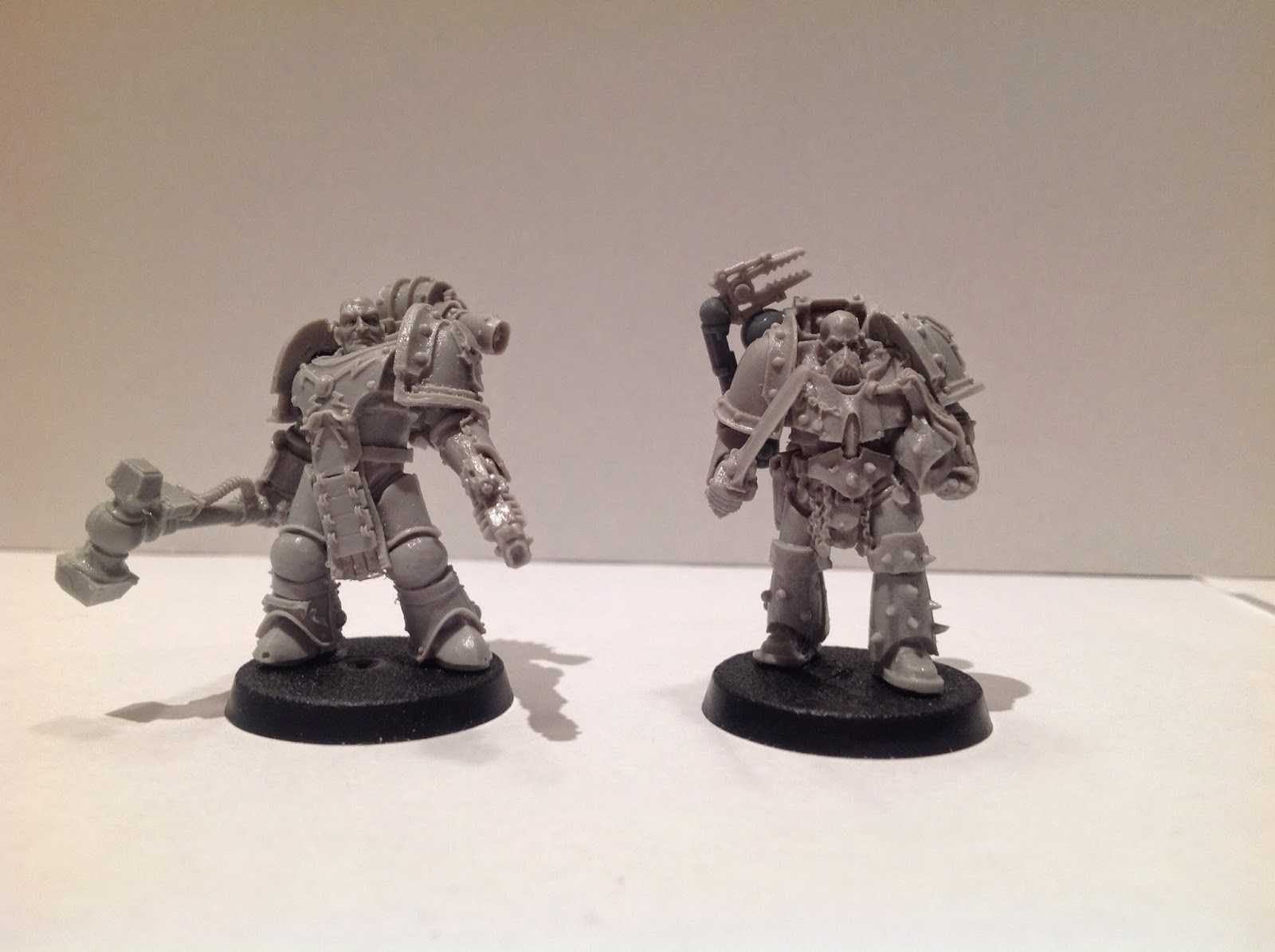 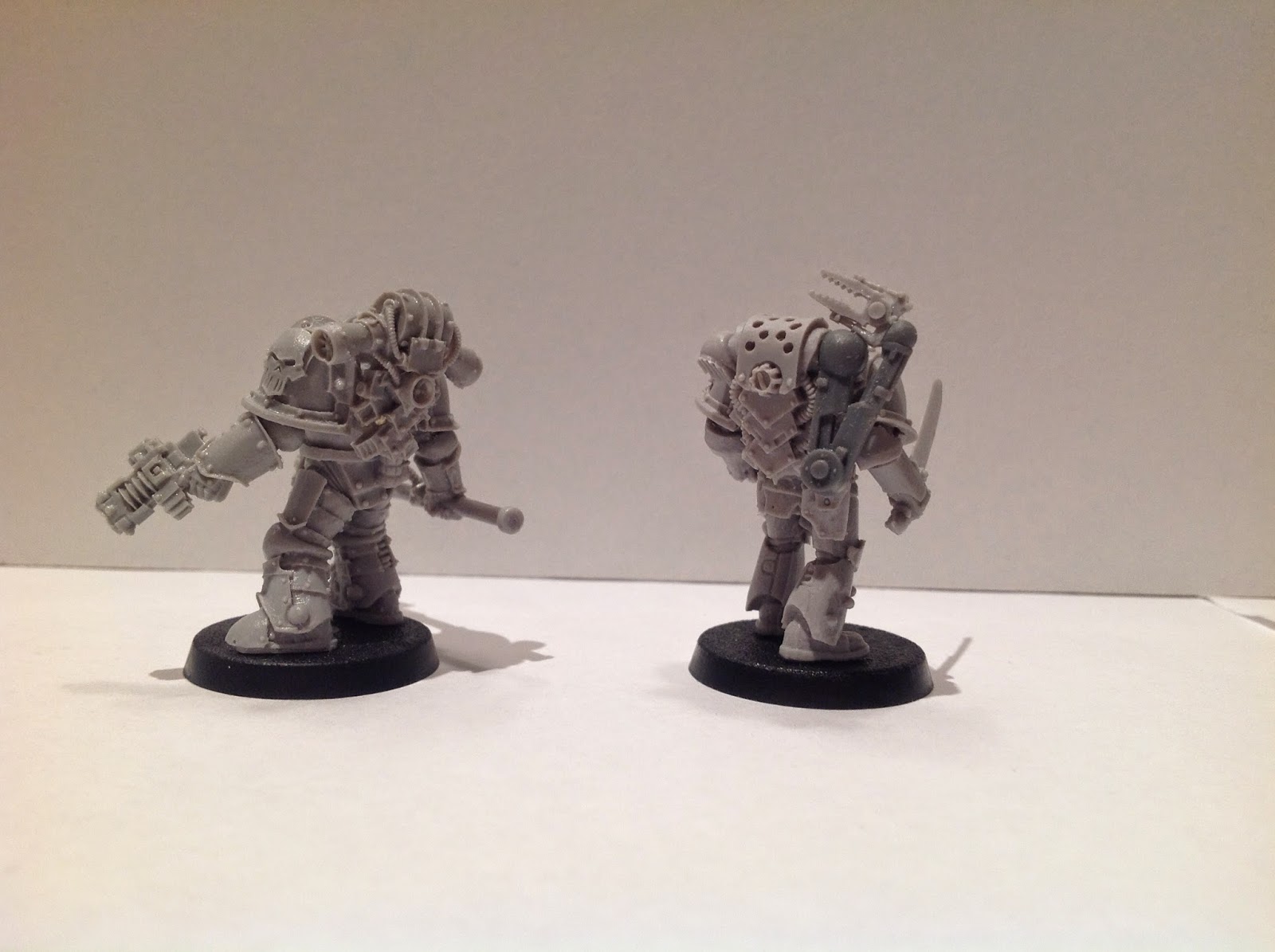 So that's it, a little variety is the spice of life, and I converted a lot here to get what I feel is a very Iron Warrior feeling force. Like it? Dislike it? Feel free to comment below!