G'day folks, Macca here with another quick update on my Iron Warriors. Today I finished off my second dreadnought, so both the dreads I have are built, painted and based. 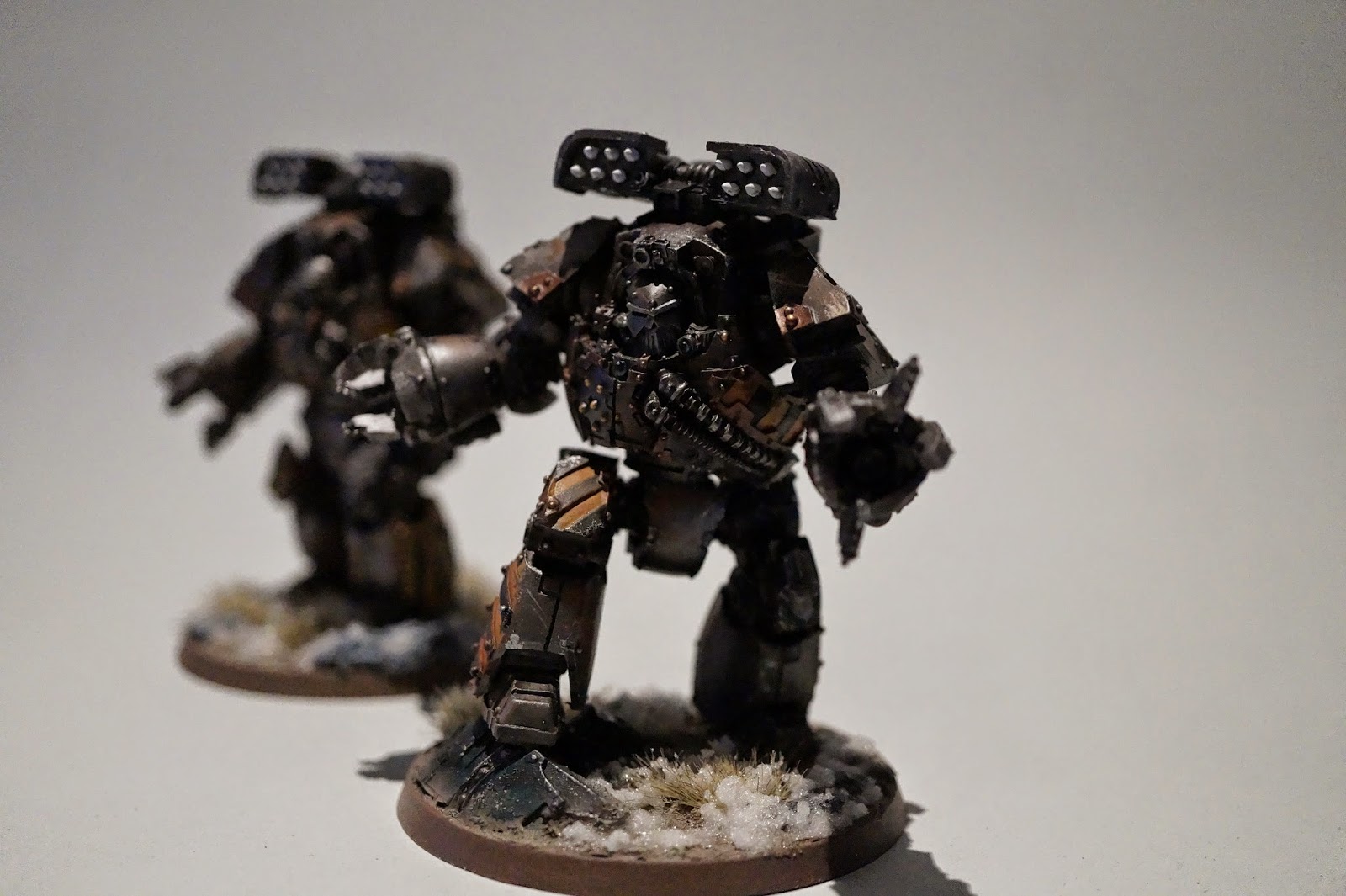 Overall, I'm happy, however these models tend to suffer from a little 'too much going on'. What do I mean? Well, there are very prominent hazard stripes sculpted onto both shoulders, both greaves, one knee, and in two places on the torso. Enough of the hazards already! In order to make them work, I had to play around with a few powders, weathering and damaging them in order to subdue them into reality. To be honest, I probably won't buy this kit again, I'd rather a Death Guard Contemptor and I would just add my own hazards. 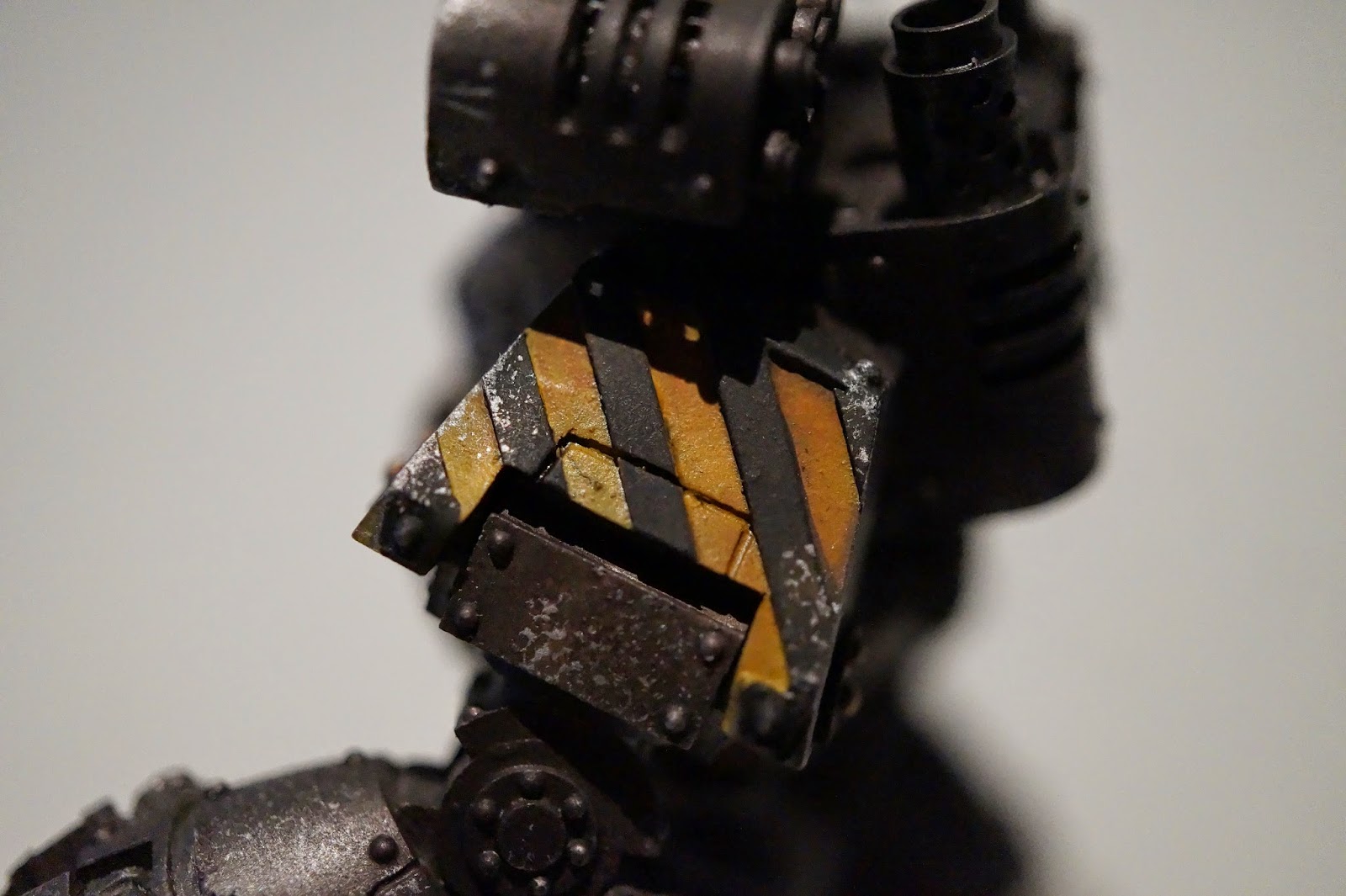 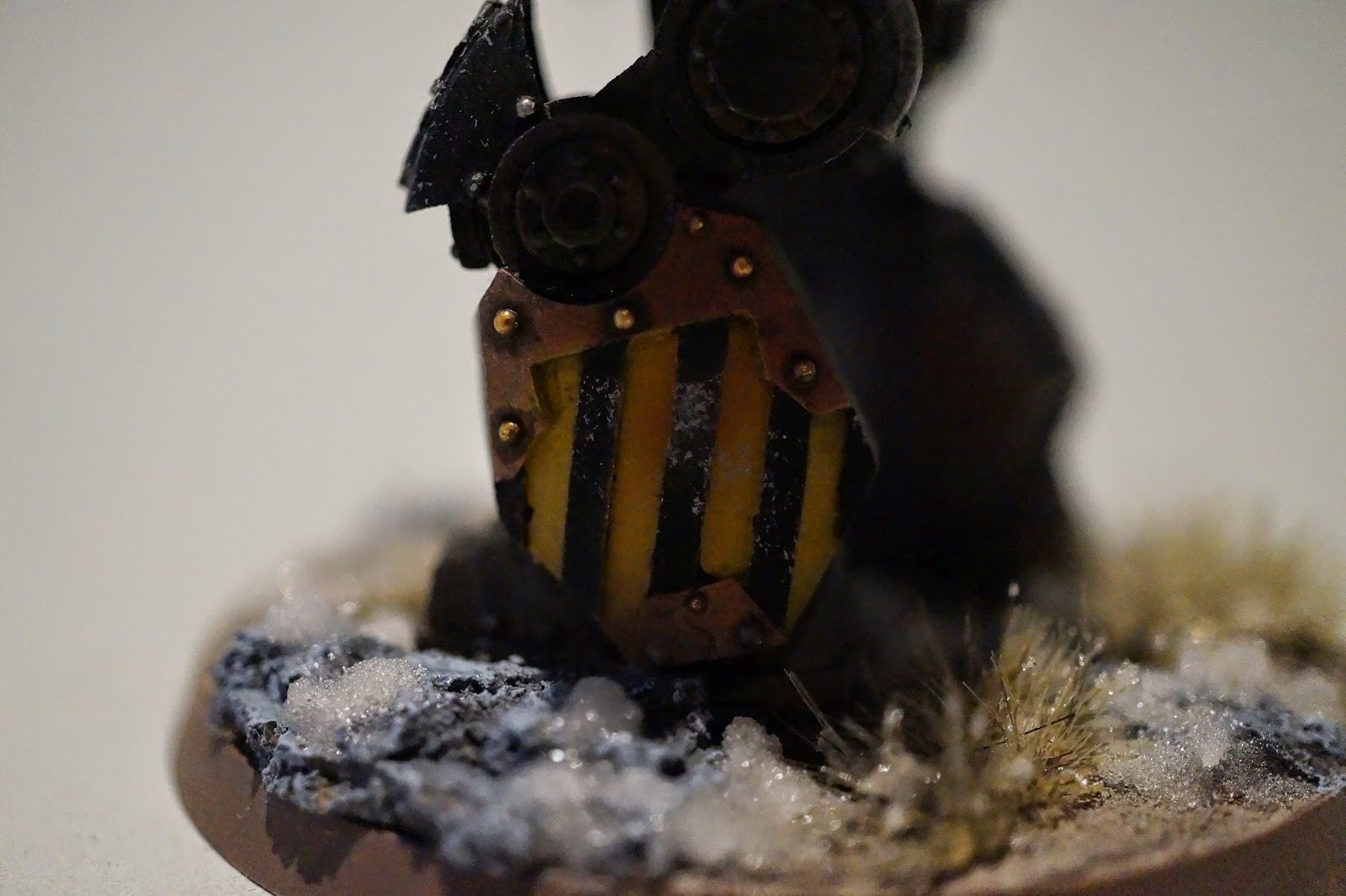 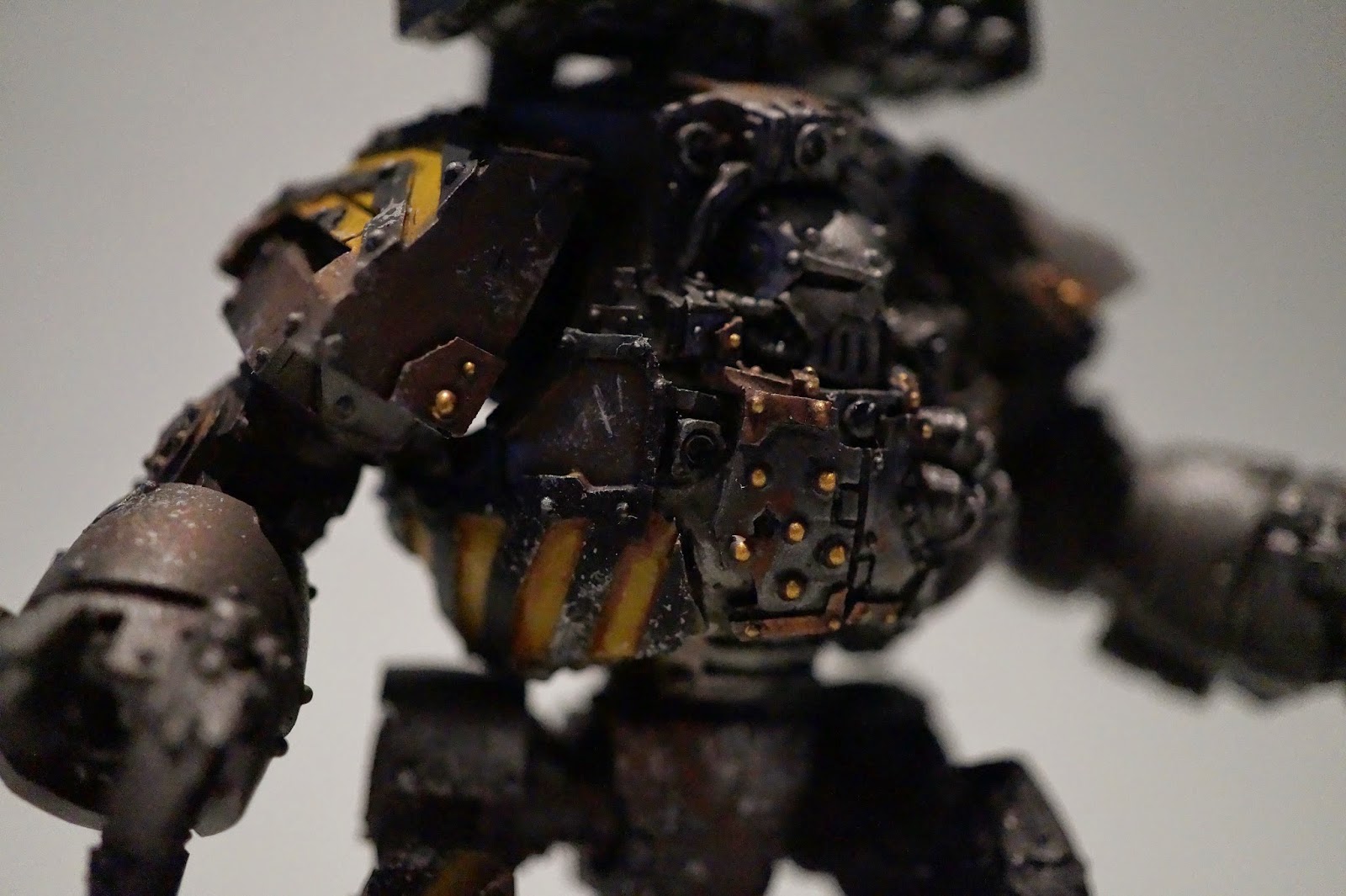 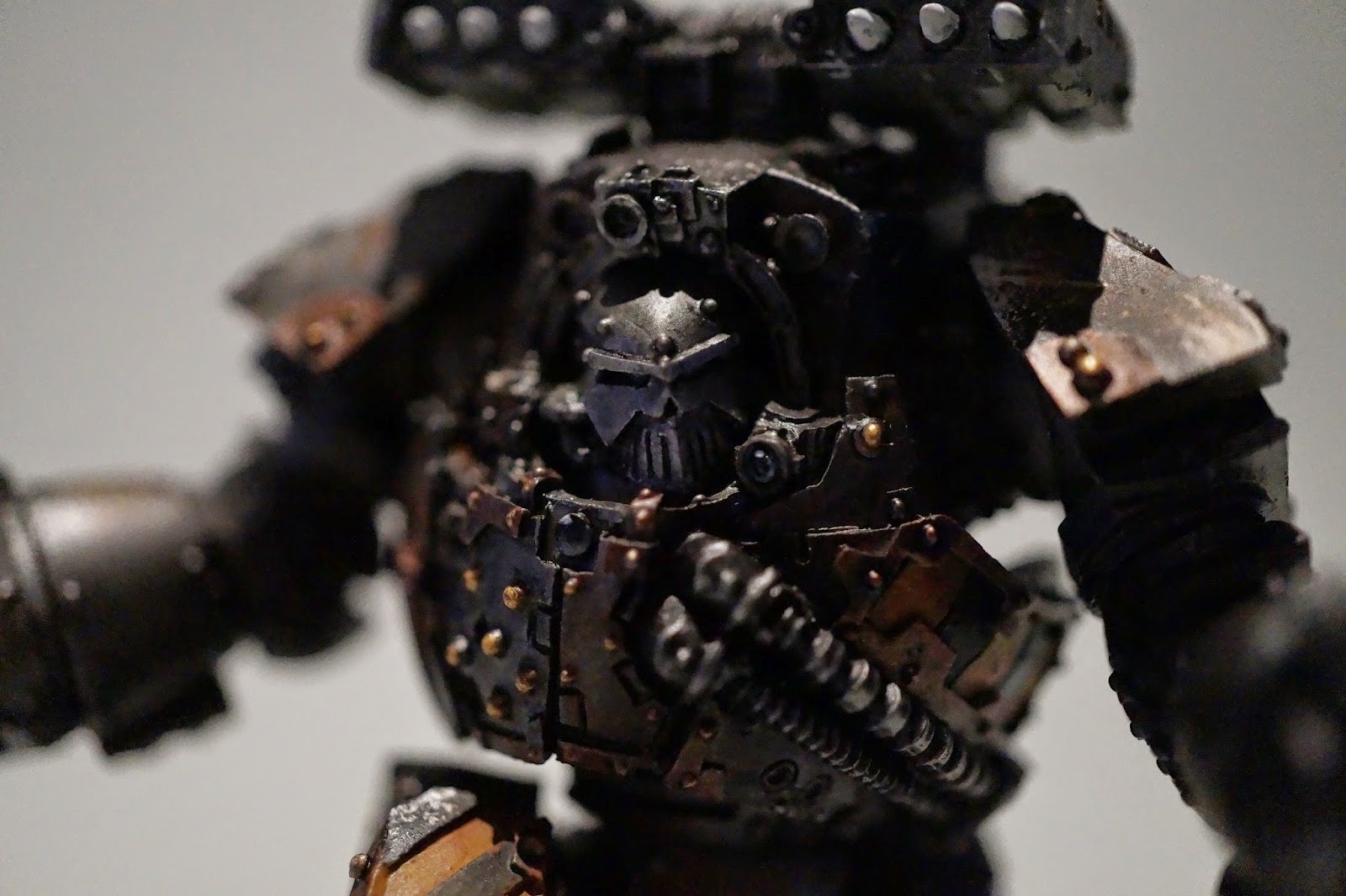 I actually brought the chainfists from Forge World, thought they looked like ass, and lazy ass at that, (normally I wouldn't bag a sculpt, but when I can grab a chainsword from my bits box and perfectly replicate the result in 5 seconds, that's a lazy sculpt) so, I decided to use the same trick off my Raven Guard and used bolter chain bayonets to create a 'jaws of life' scissor effect. 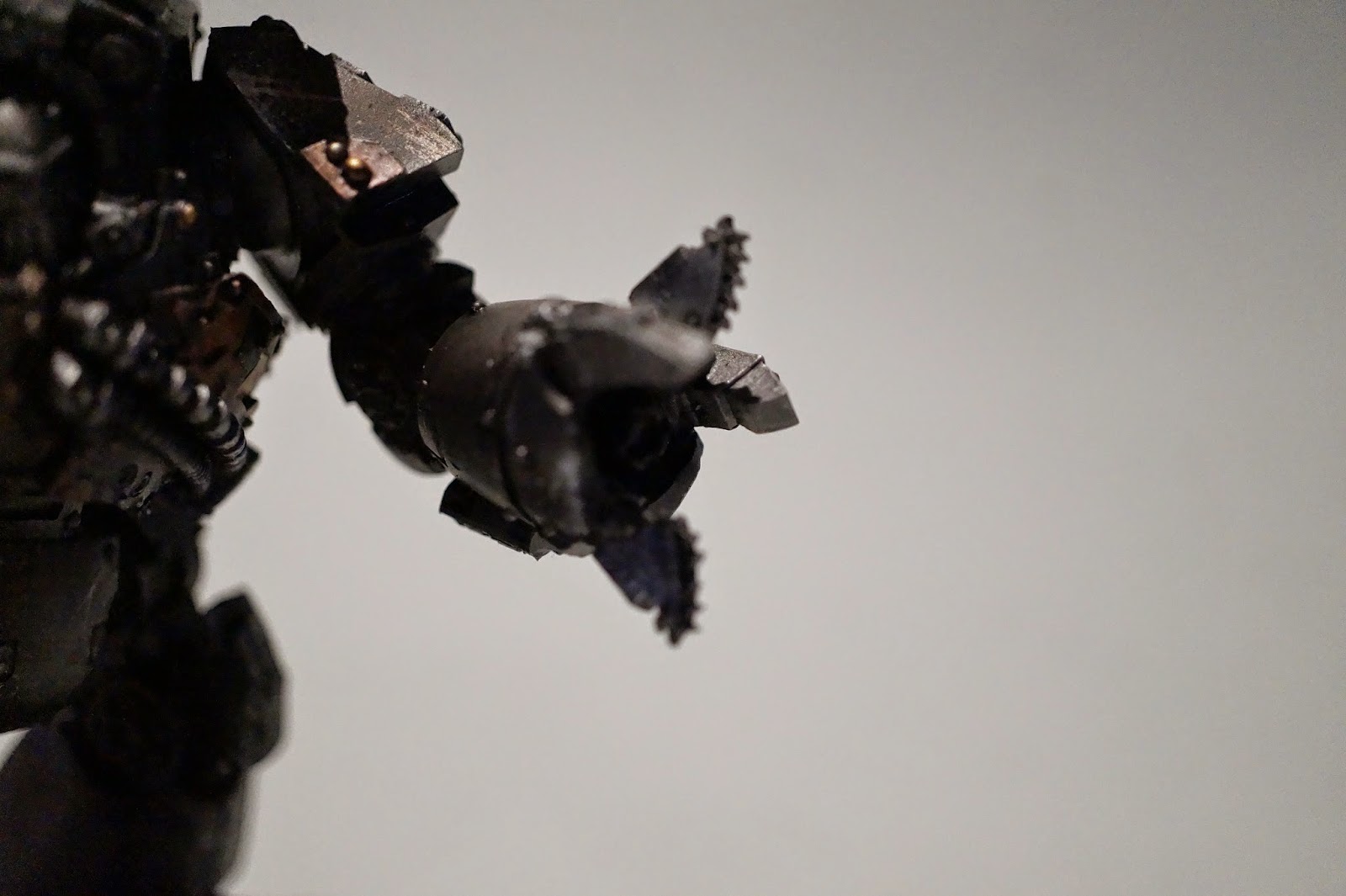 When it came to the bases, I used cork, textured paint from Vallejo, small shrubs from Army Painter and Secret Weapon's snow effects. To see how I did the snow, there is of course this video I made right here. Oh, and as another nod to Paramar, I used one of my 'ruined contemptor' casts, giving my contemptor something to stomp on. 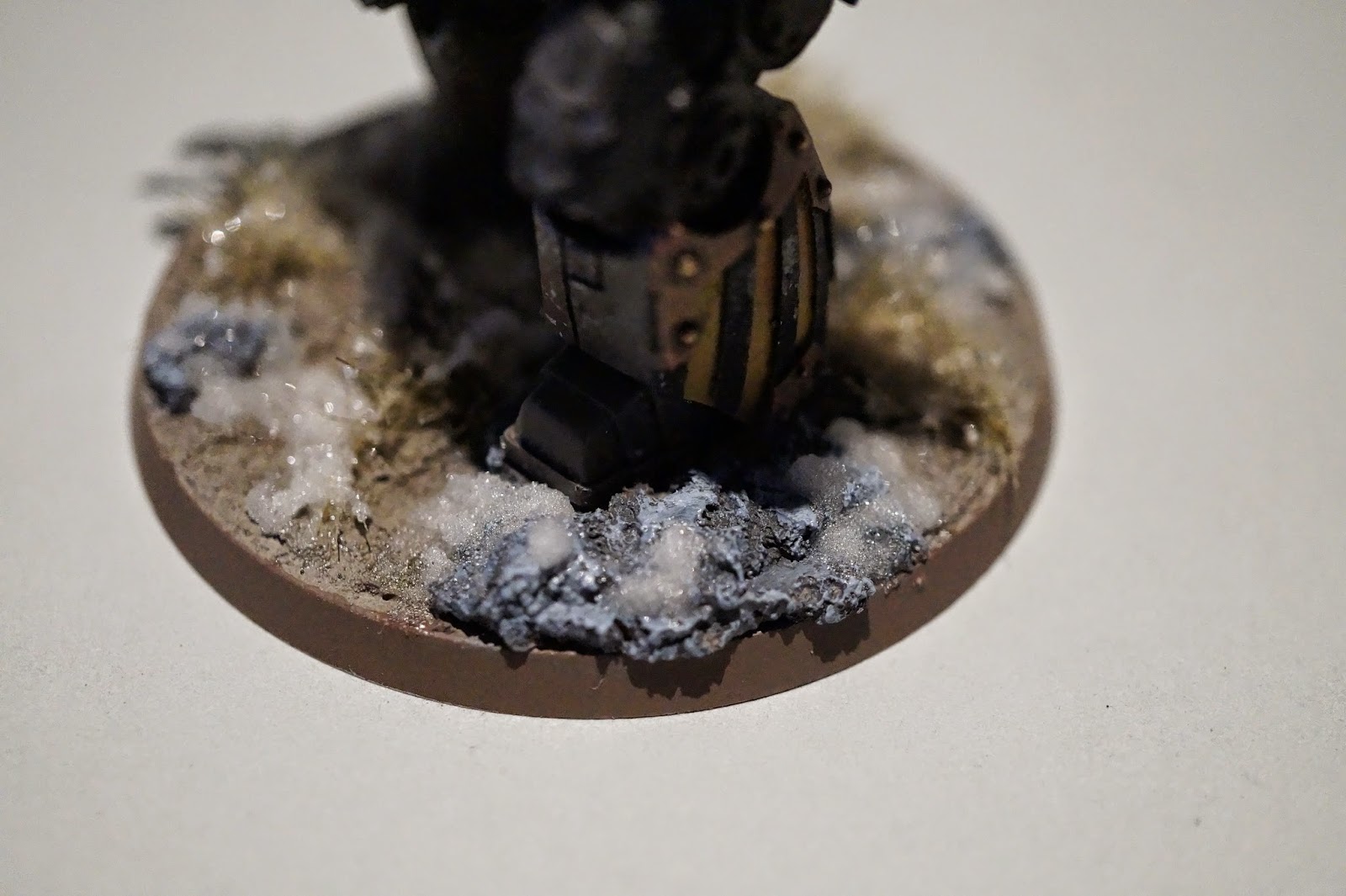 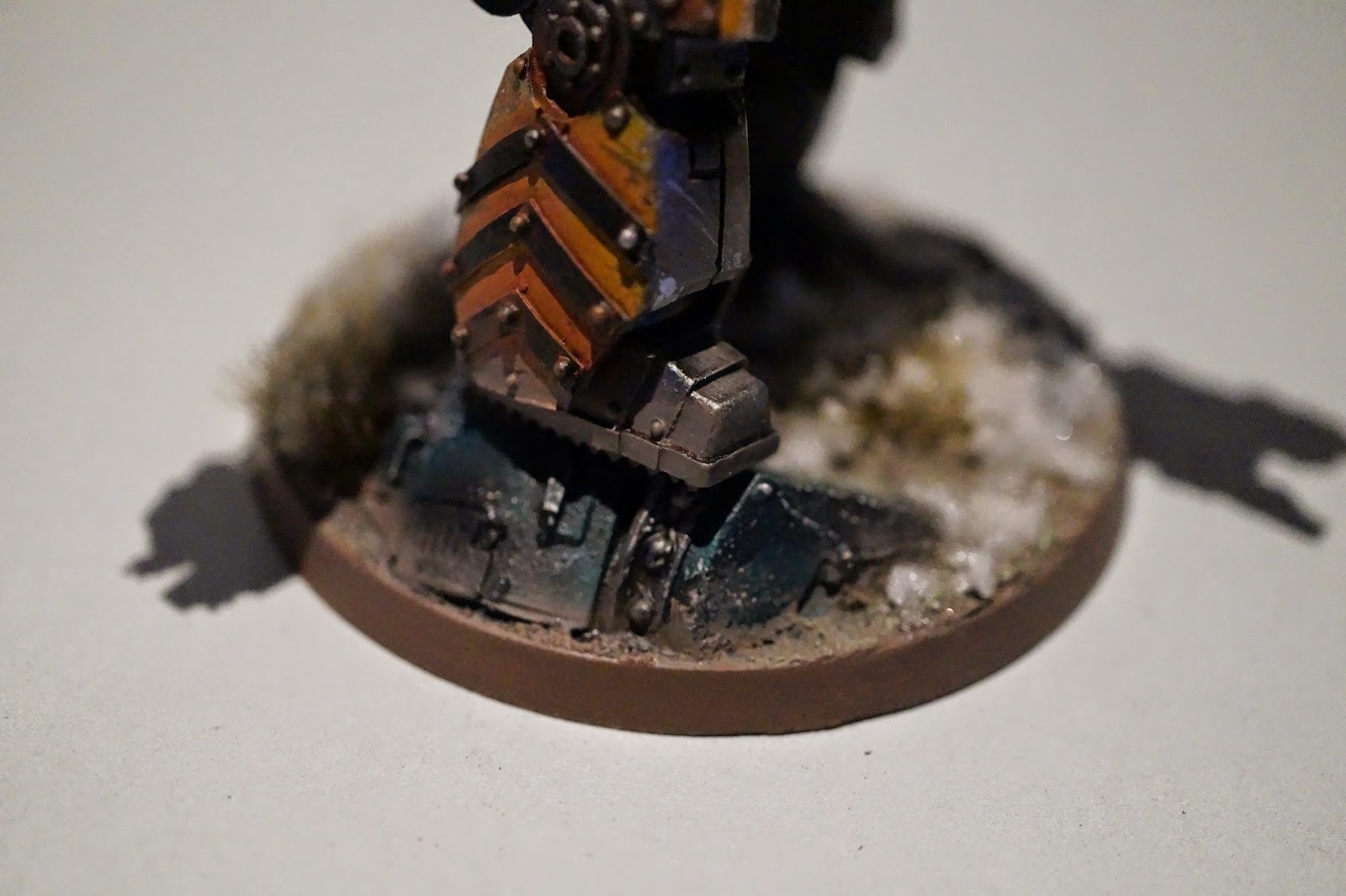 That's all she wrote, see you next time,