World Eaters Side Project: The HQ and Rampagers Part Two

Red, brighter red.... pink? Yes, that's what I did. I applied Mephistion Red, then Wild Rider Red in thin coats. I then mixed some Tamiya Flat White in in order to mix up a pink which was softly applied to patches of armour and exposed flesh in order to help me paint the skin. 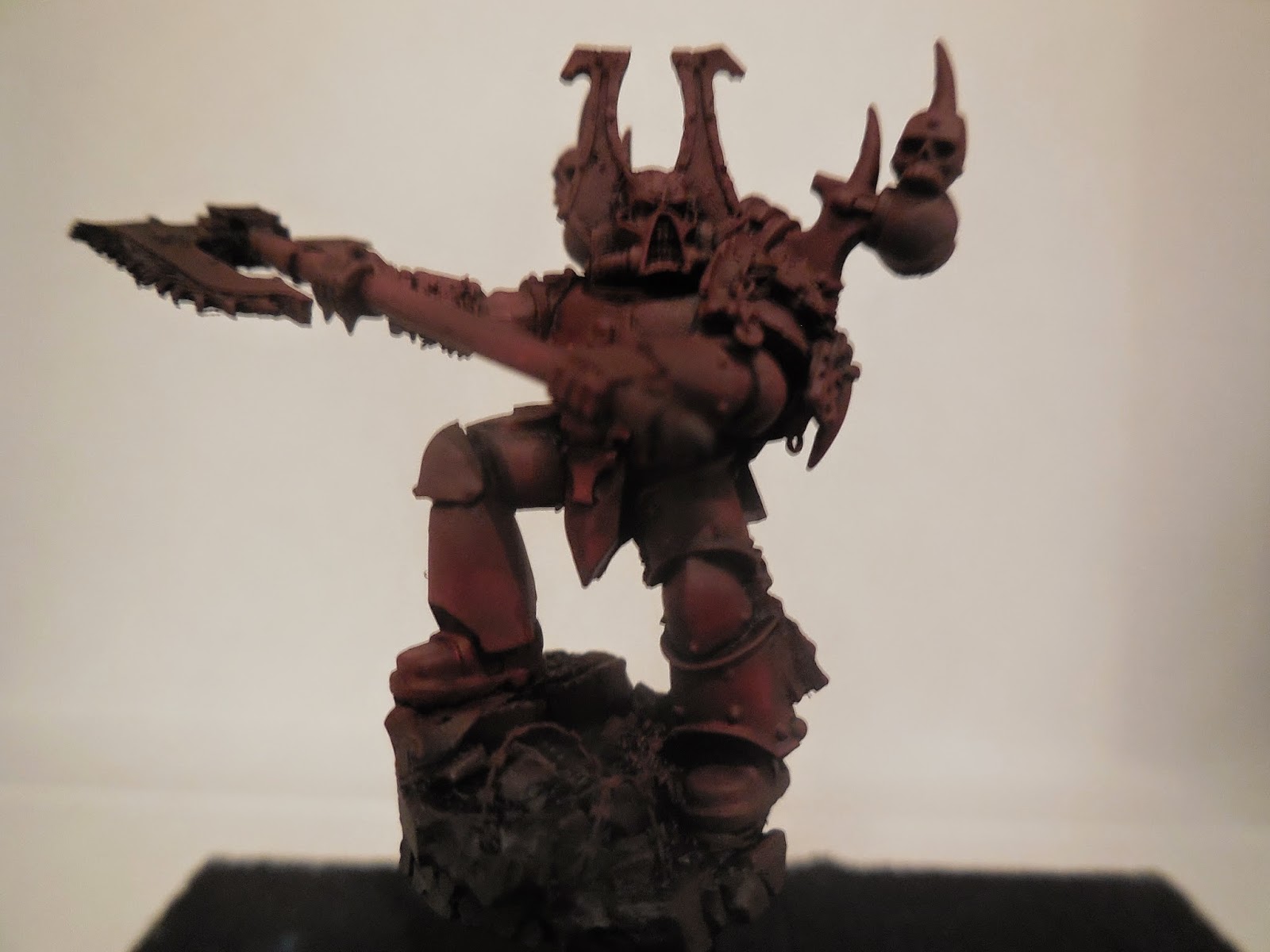 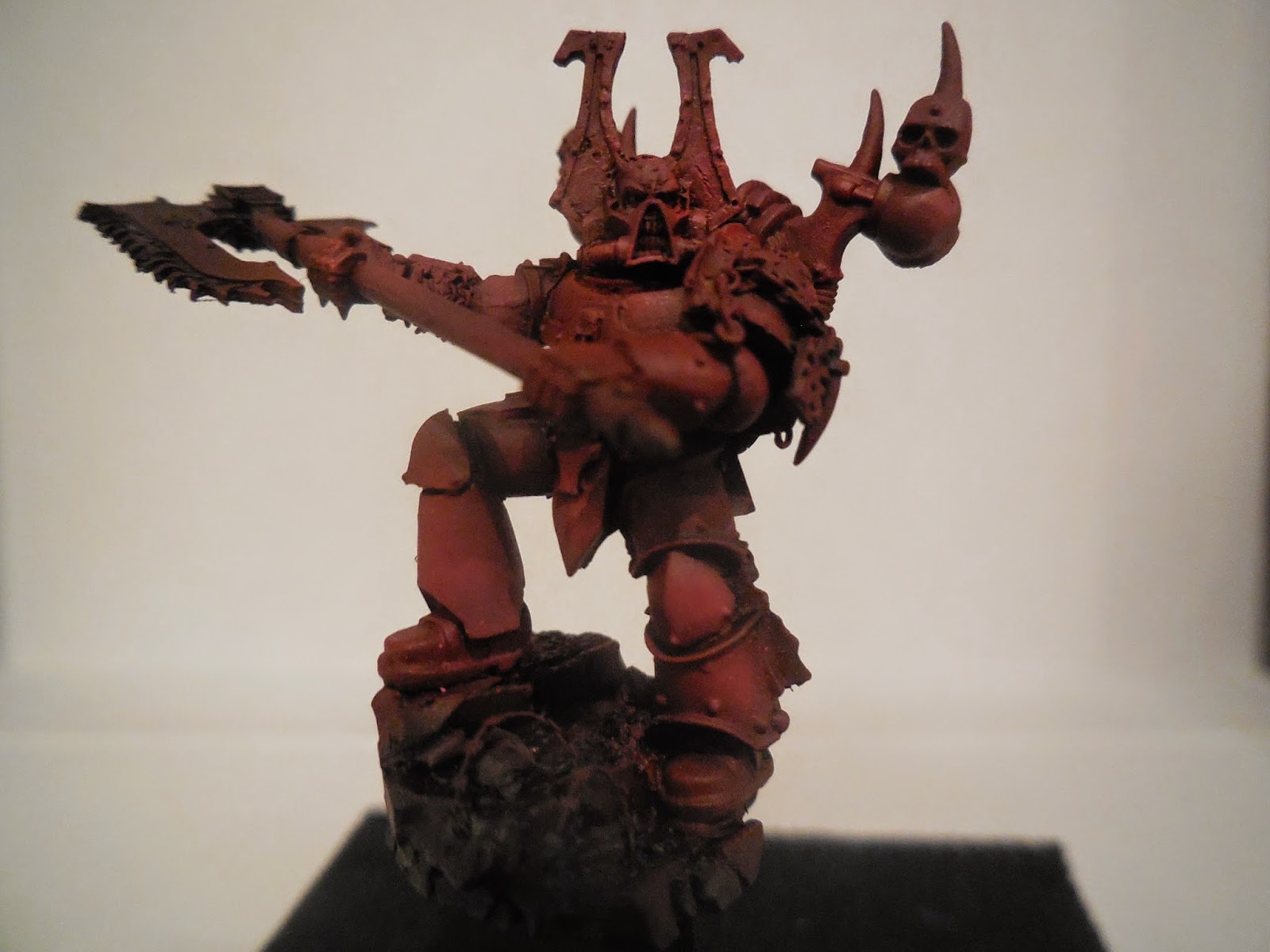 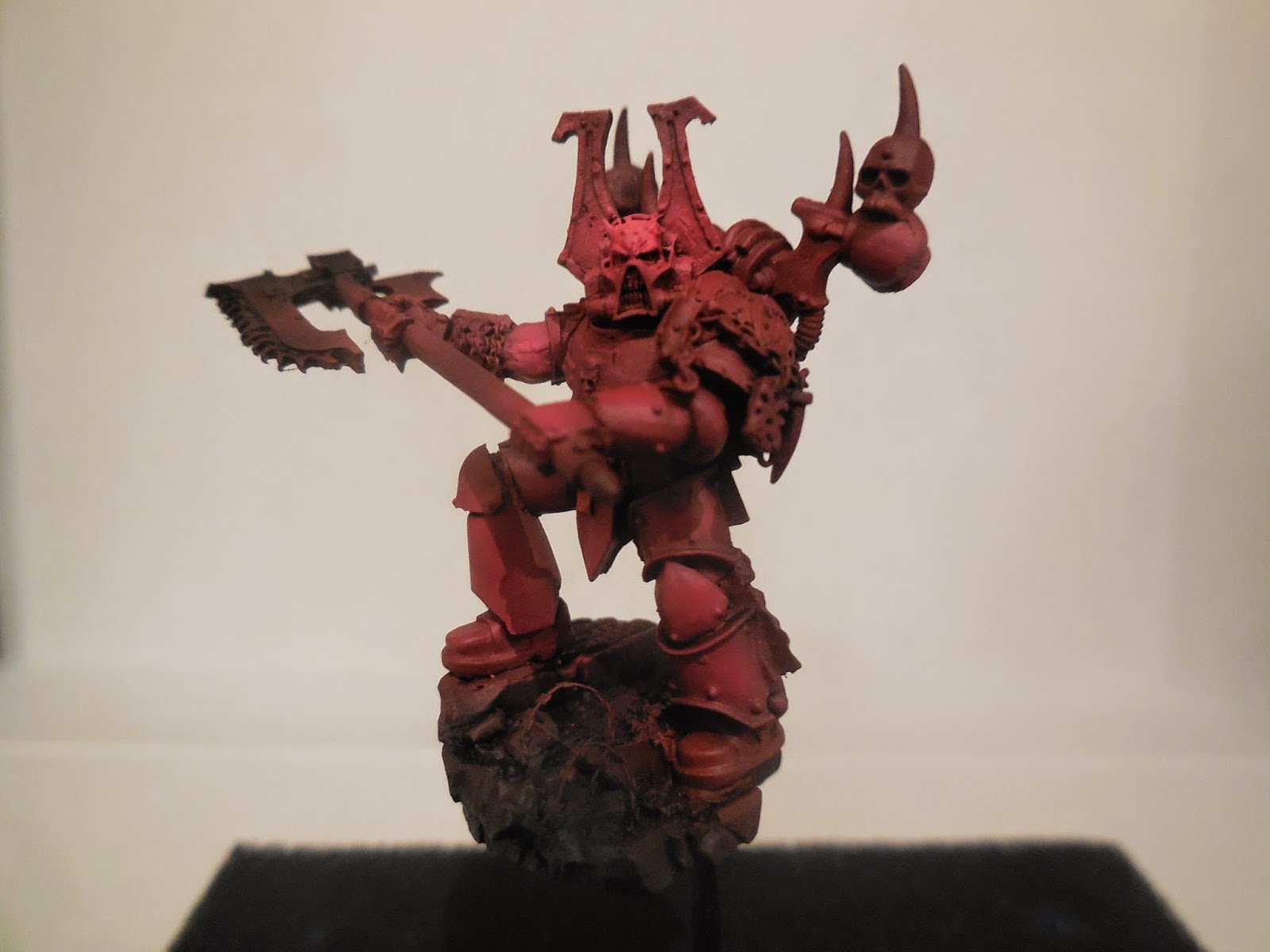 The skin is Cadian Fleshtone, then Kislev Flesh, a wash with Agrax Earthshade, Kislev Flesh again, and a Kislev Flesh/Skull White highlight. Although it's not too visible in these images, it looks quite good in the flesh, with their pale skin really standing out from the crimson armour. 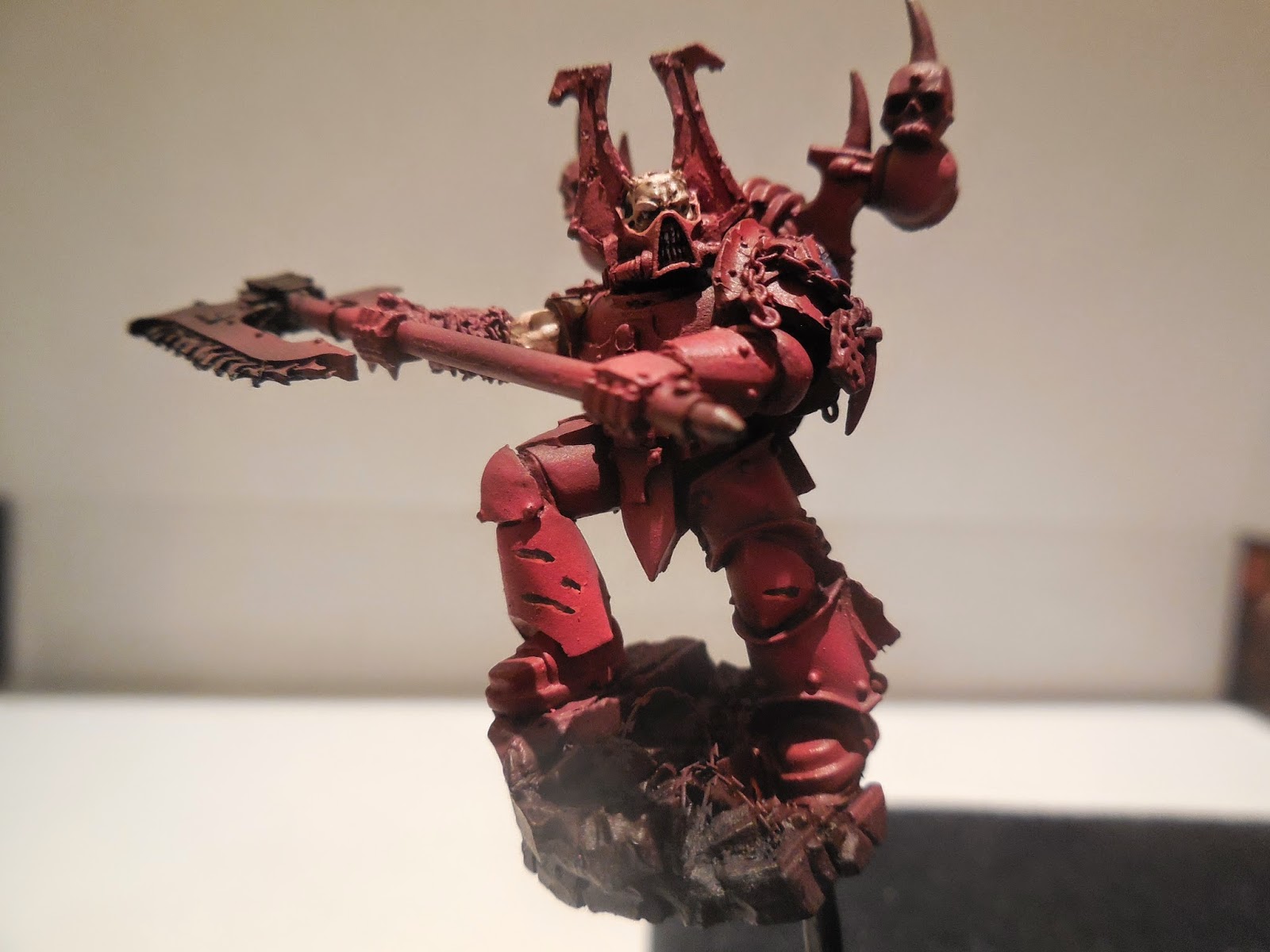 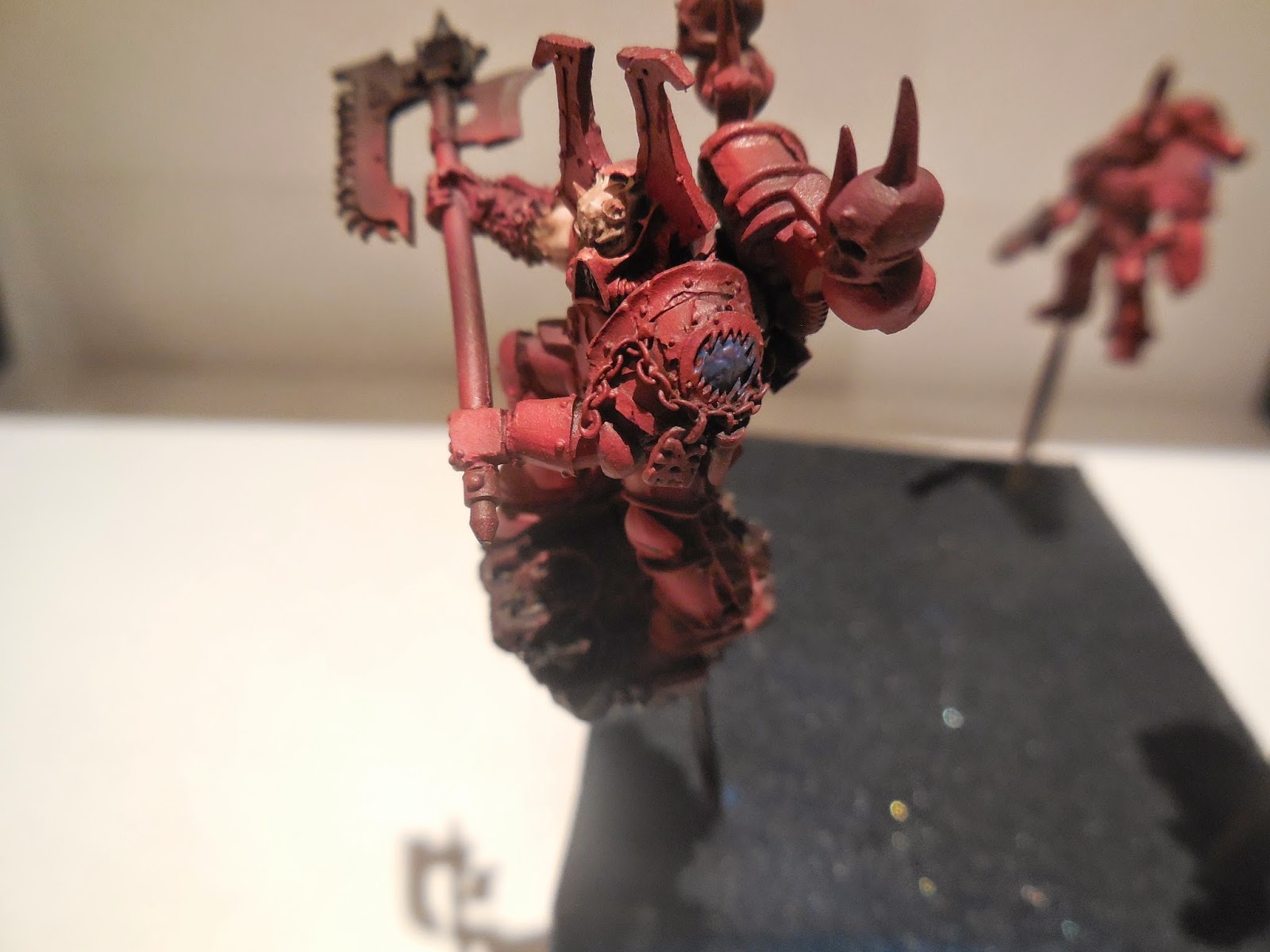 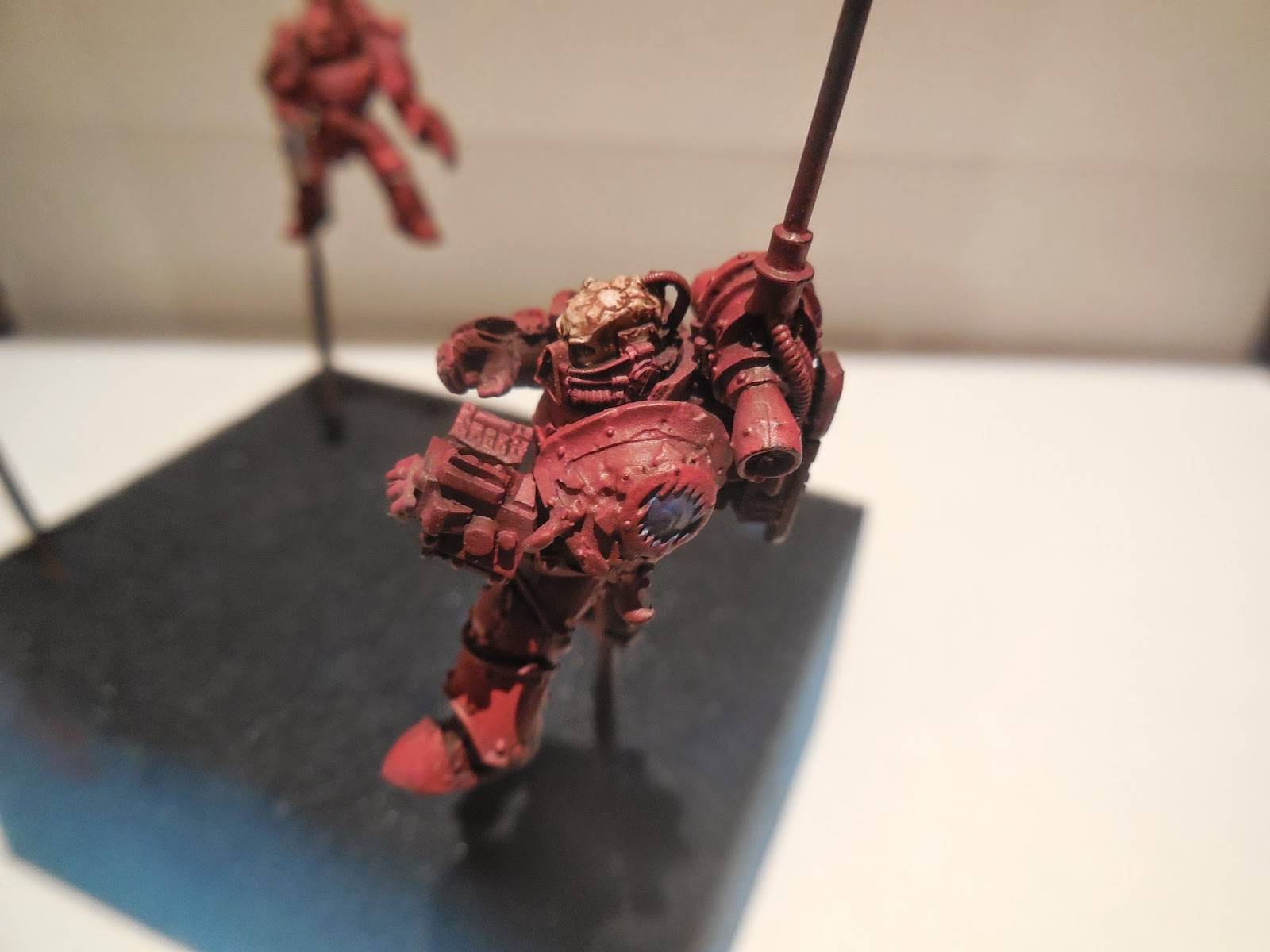 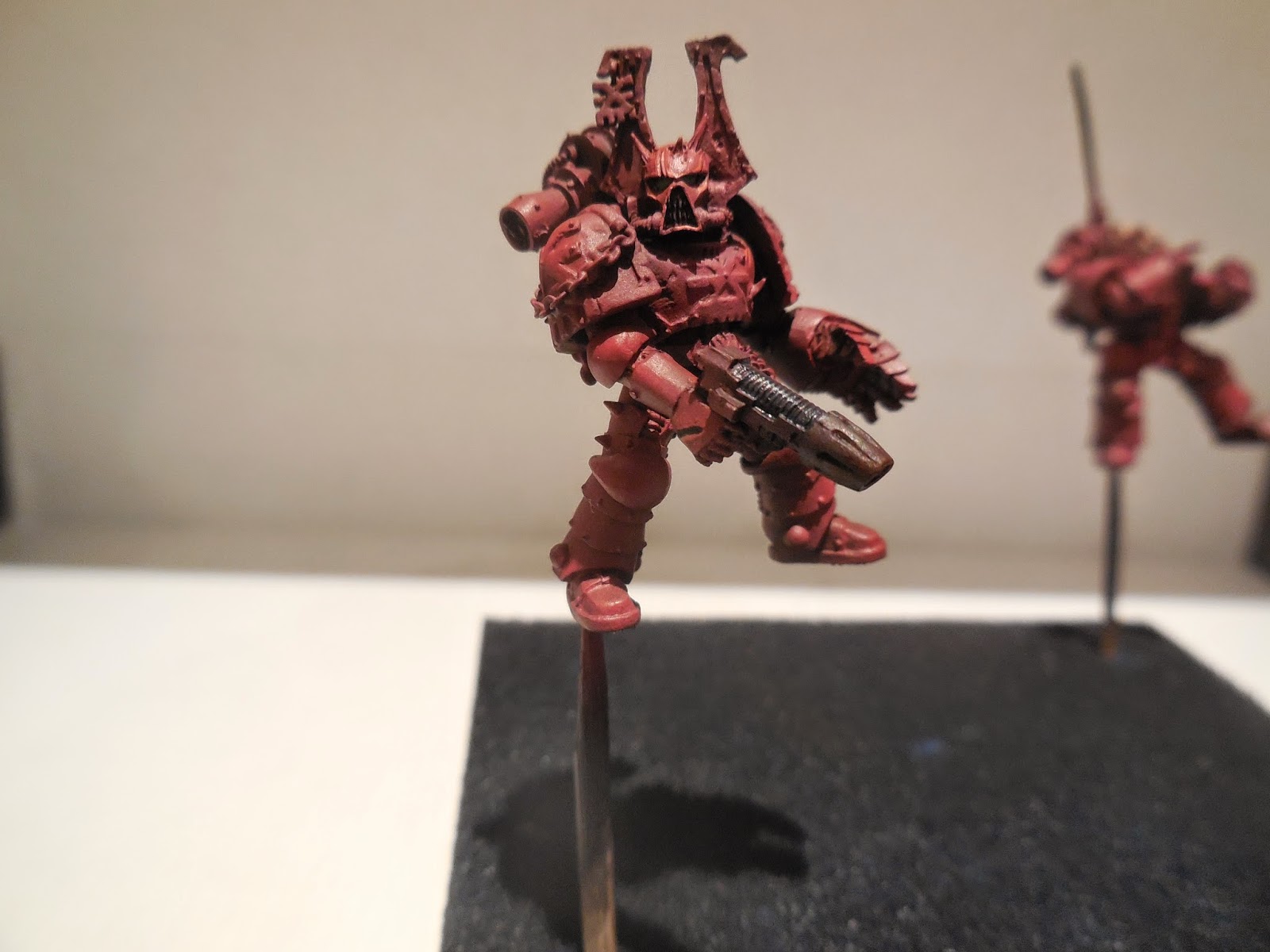 This badass has a large gouge in his helmet which you can see a portion of his face through. Looks sweet, and it's something cool you don't see sculpted too often by either Forge World or Games Workshop. I would also like to point out you can see the battle damage I have applied to the models, around the knees in particular. 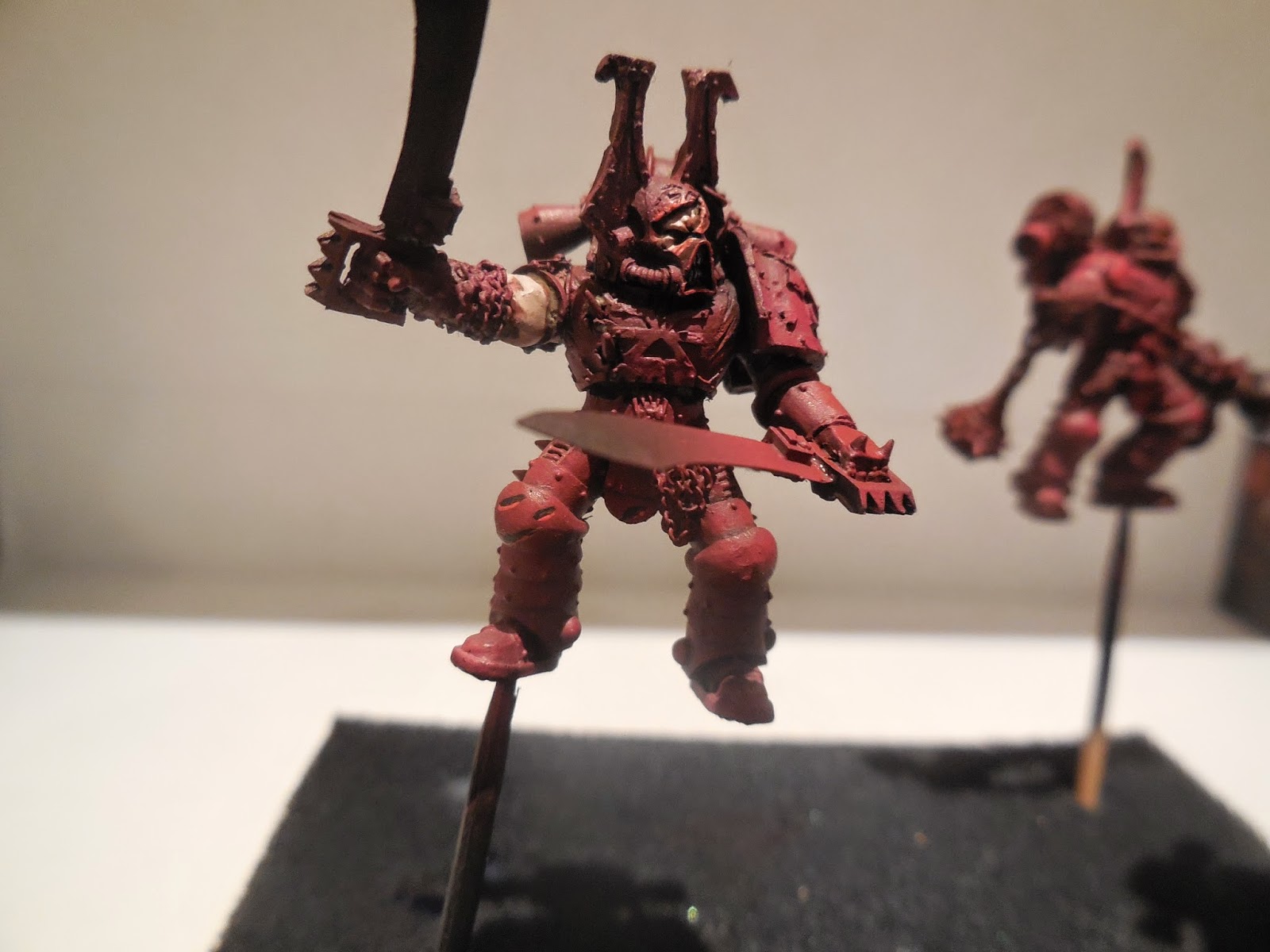 Here we are with some oils and the metallics applied. Damn this guy looks angry, or is it just me? 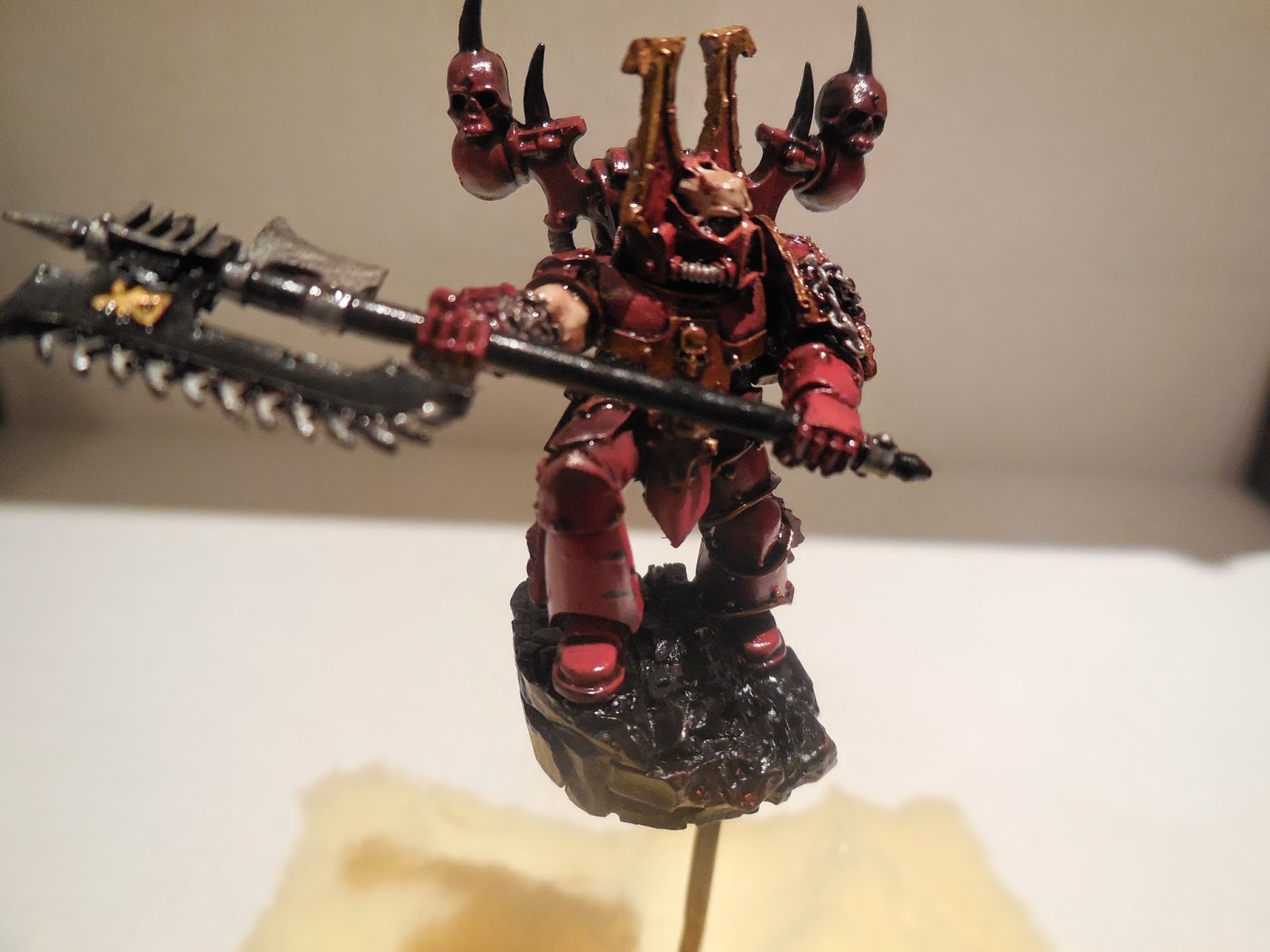 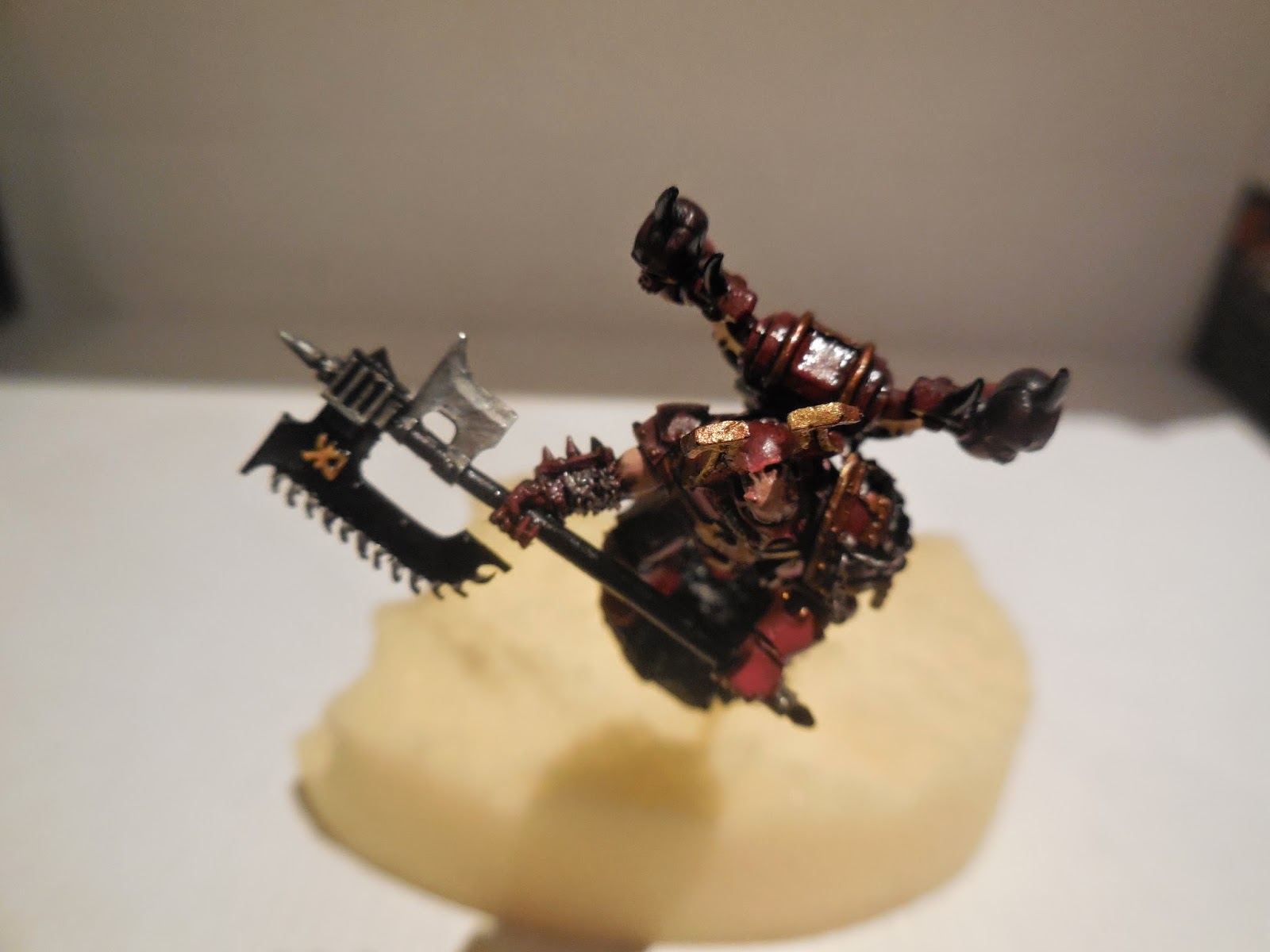 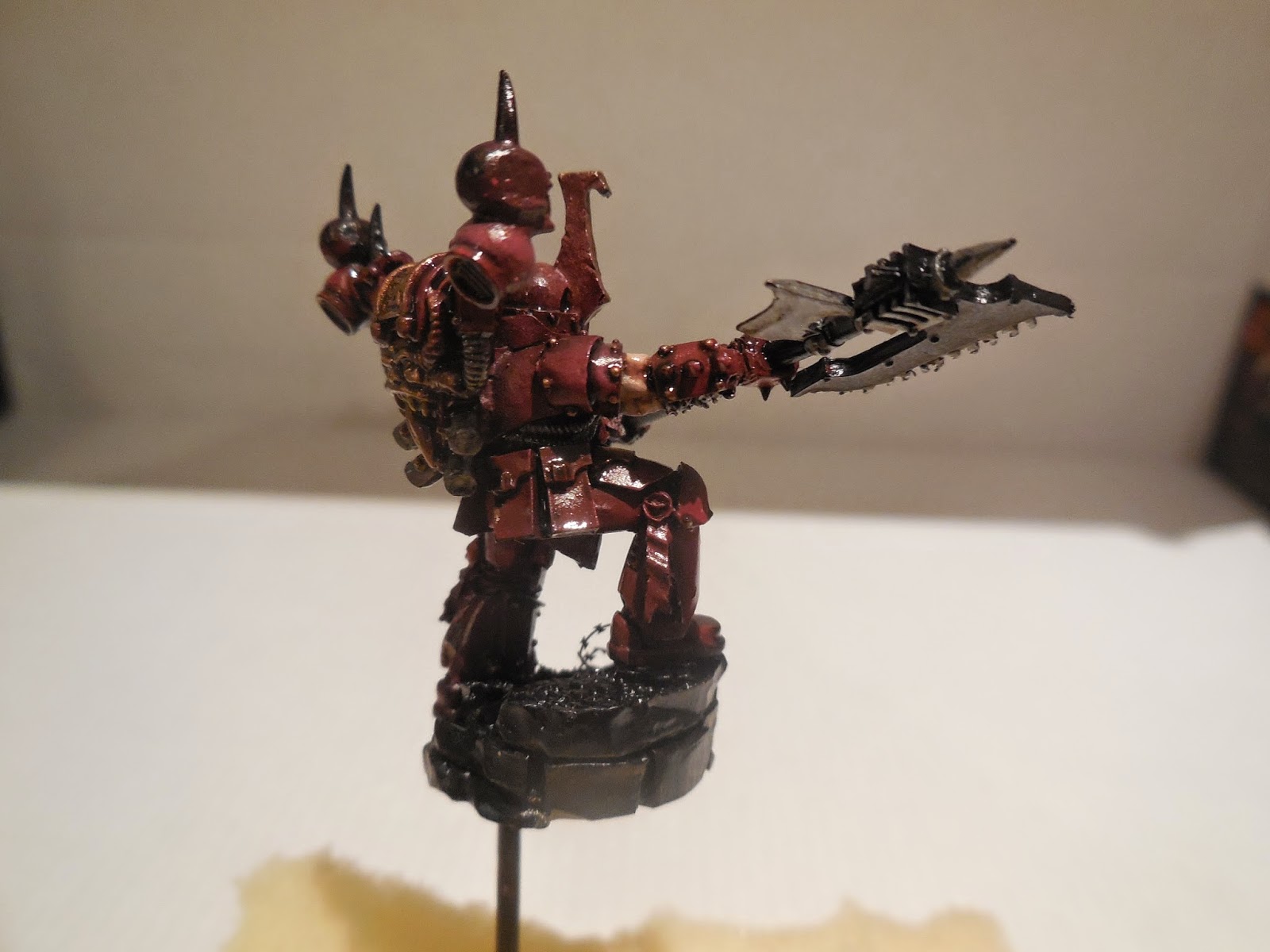 Well, that's all for now, check back soon for the finished results!
Posted by Unknown at 07:00