So, whilst I am in the middle of the Facebook competition, (the one where I'm giving away a fully kitted out character), I thought I would build a few more Khorne followers. I now have a 5 man Tactical Support Squad armed with Volkites, because, well, they rock, and they look cool. You can never beat the rule of cool. 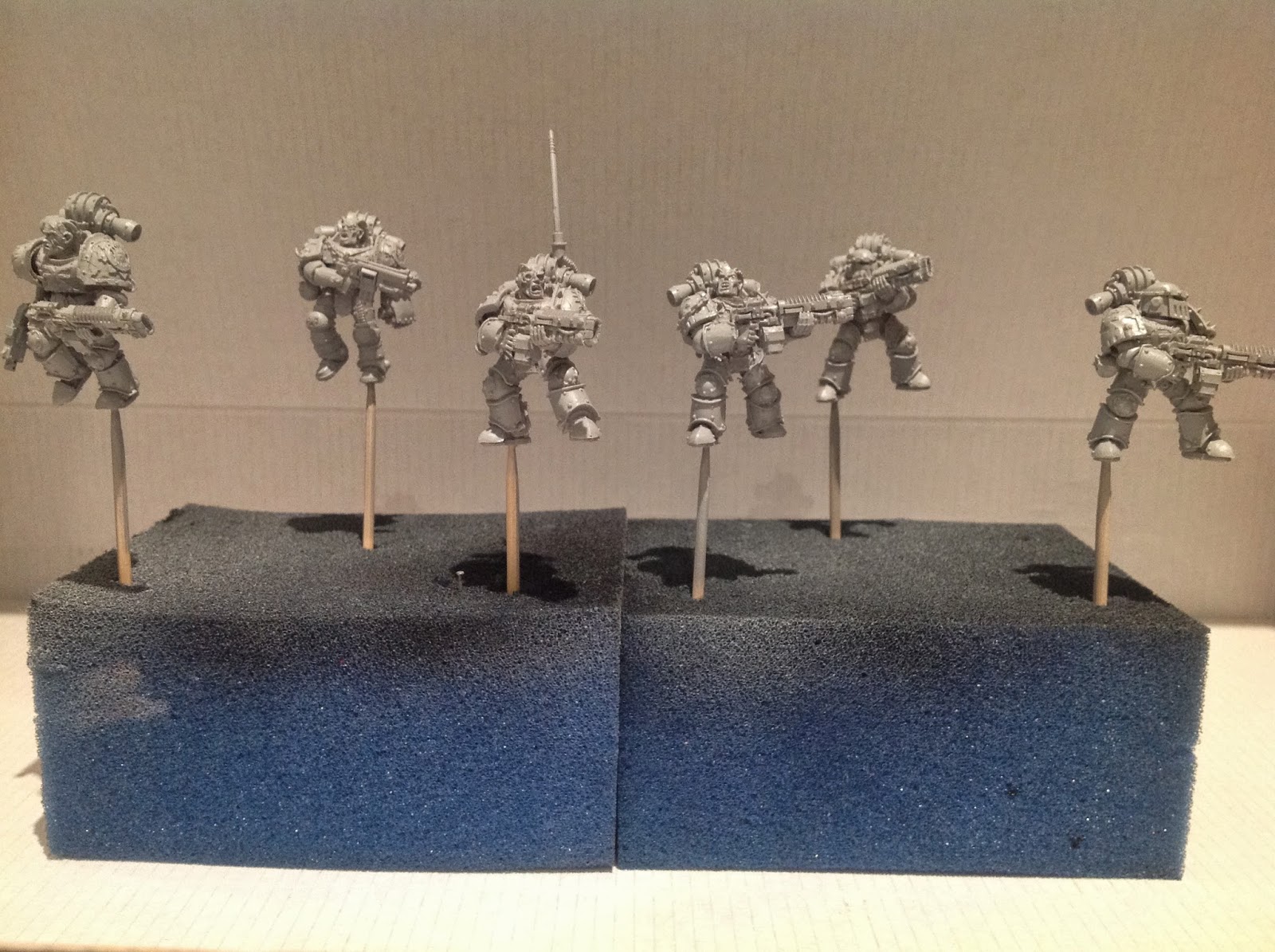 We have the Squad Sergeant, armed with a volkite, but also carrying a secondary pistol, helps to distinguish the boss. I have used the bare Rampager Heads quite a bit on these chaps, as I like the look of them on the regular men, as opposed to the bunny ears. I think the bunny ears are best left to the dedicated CC squads. 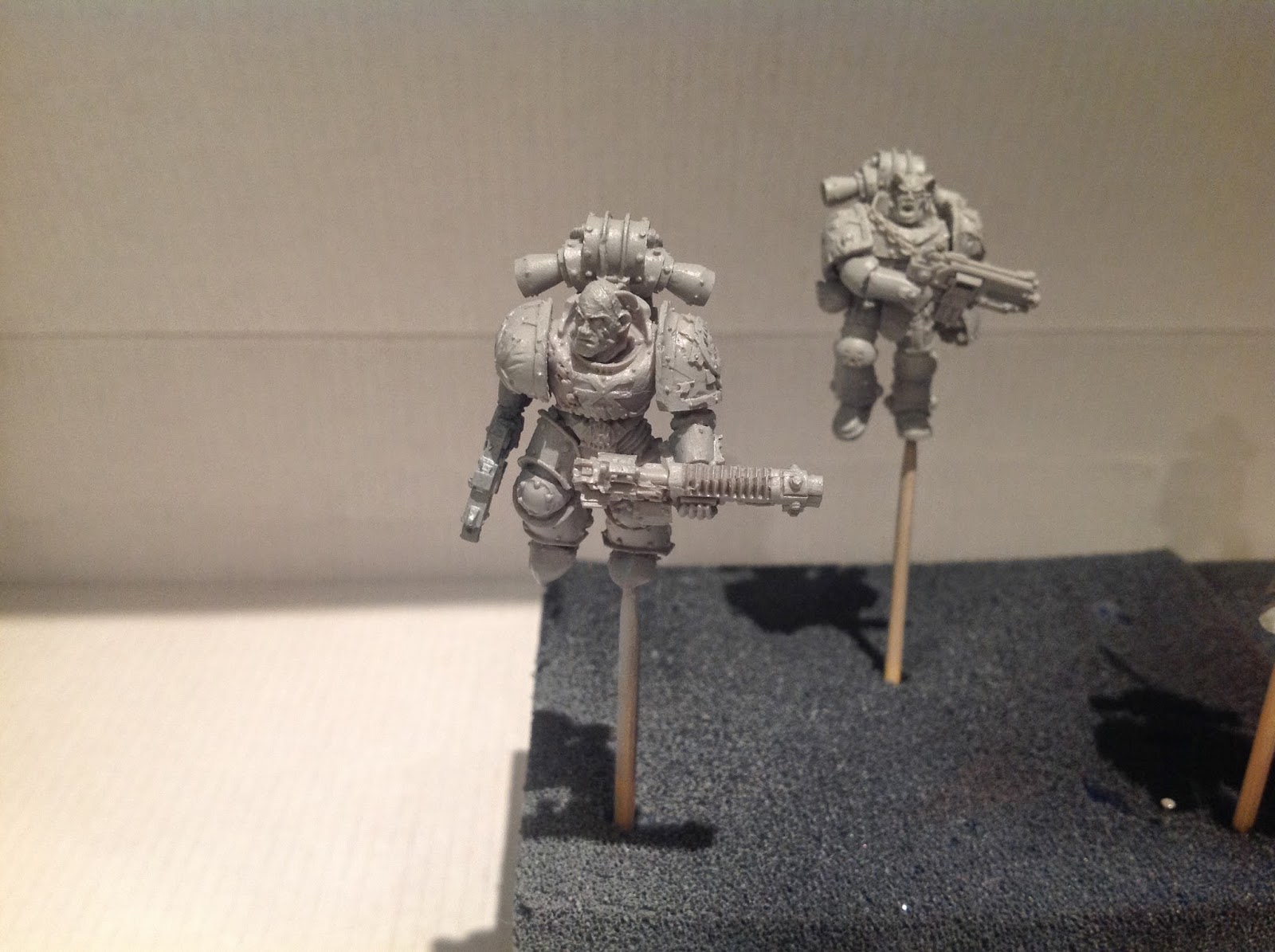 The vox pack is just an upgrade I may or may not play with. As it stands, I don't use them, but it might be helpful if I have to rally a small squad such as these. 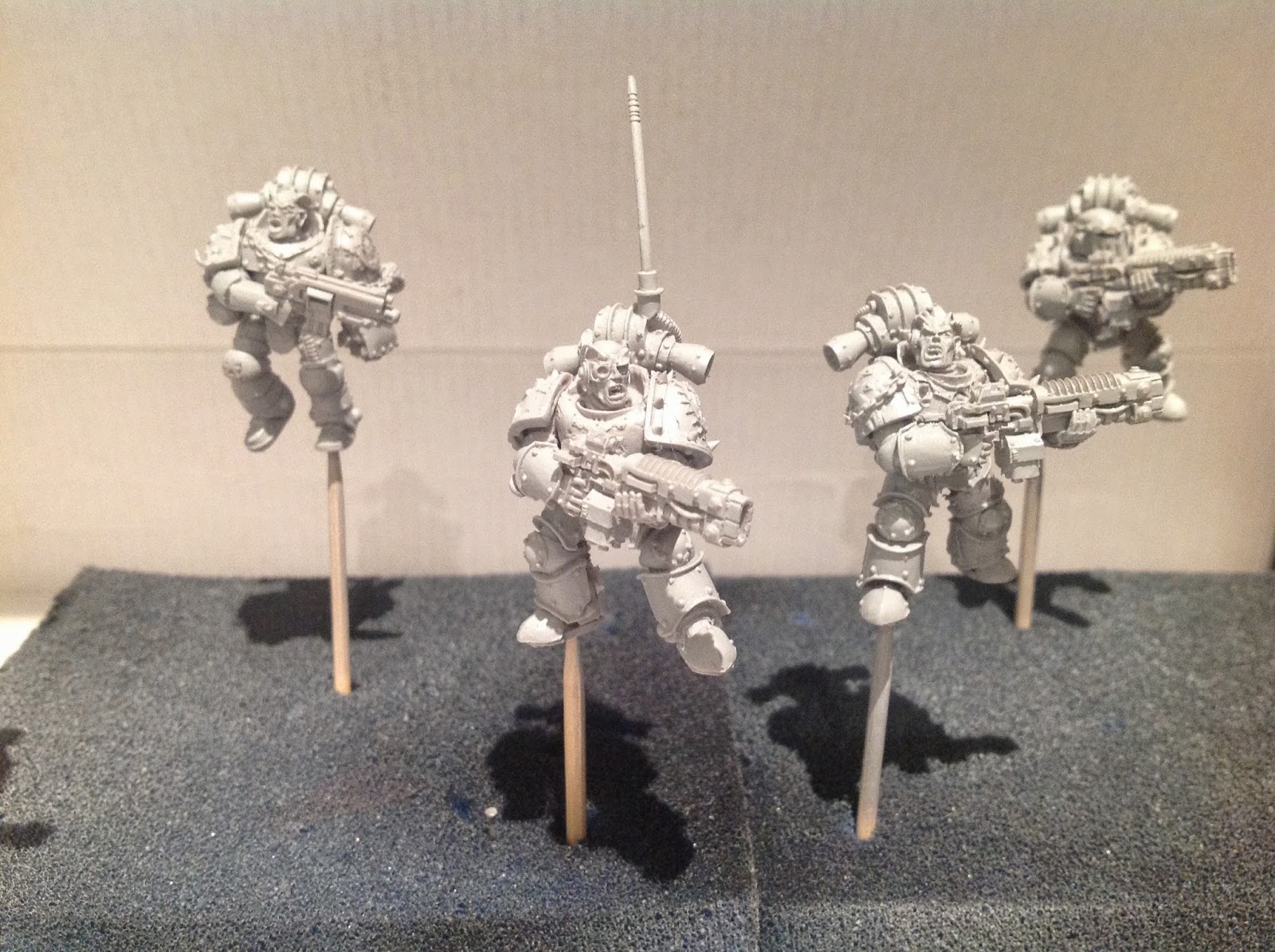 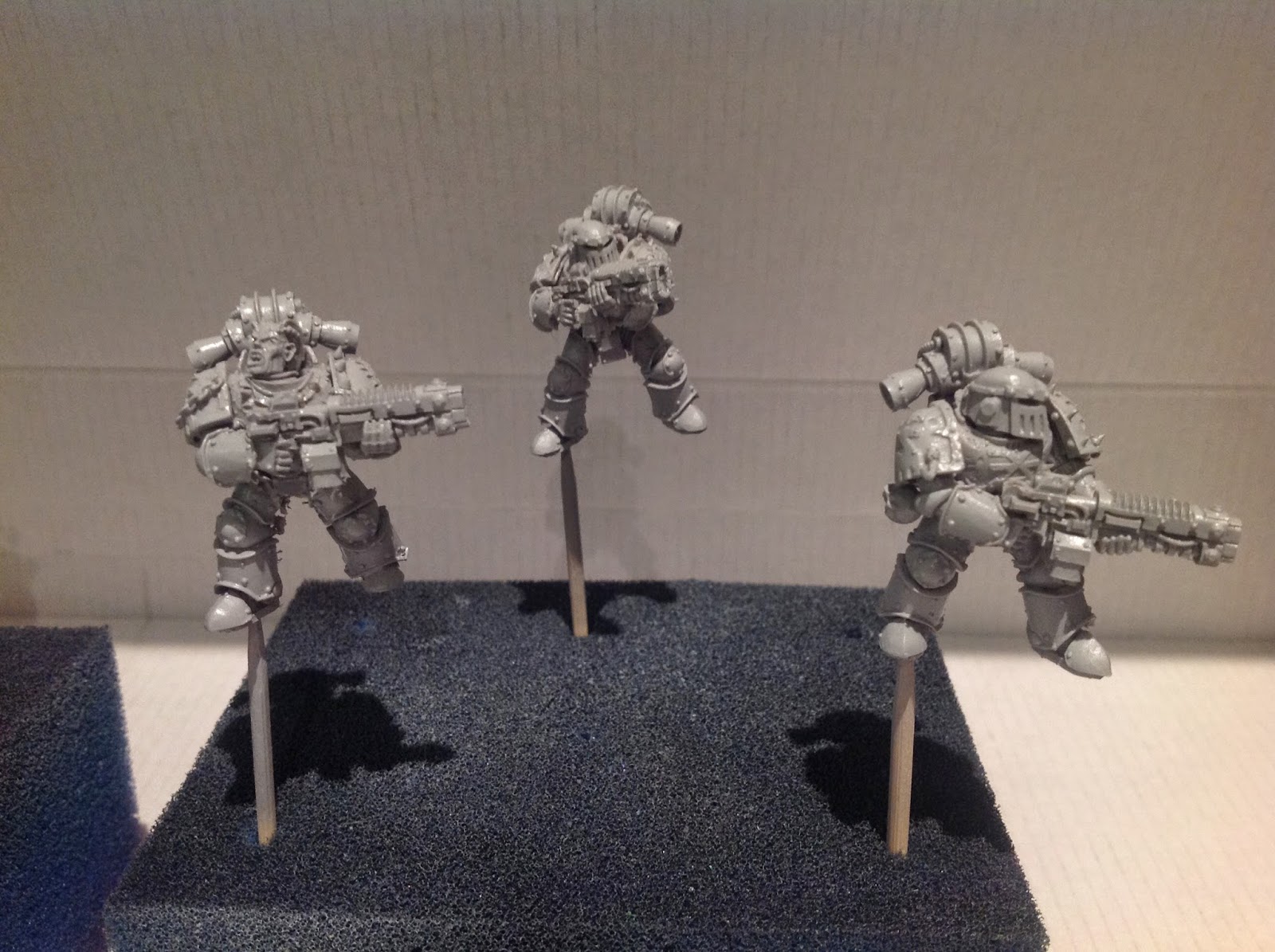 I have built a random MK II armoured character, I might use him as a tactical squad sergeant, but I like the option of using him to represent other Legion HQ sub-types, such as the Vigilator. Note the use of etched brass on his right knee cap. 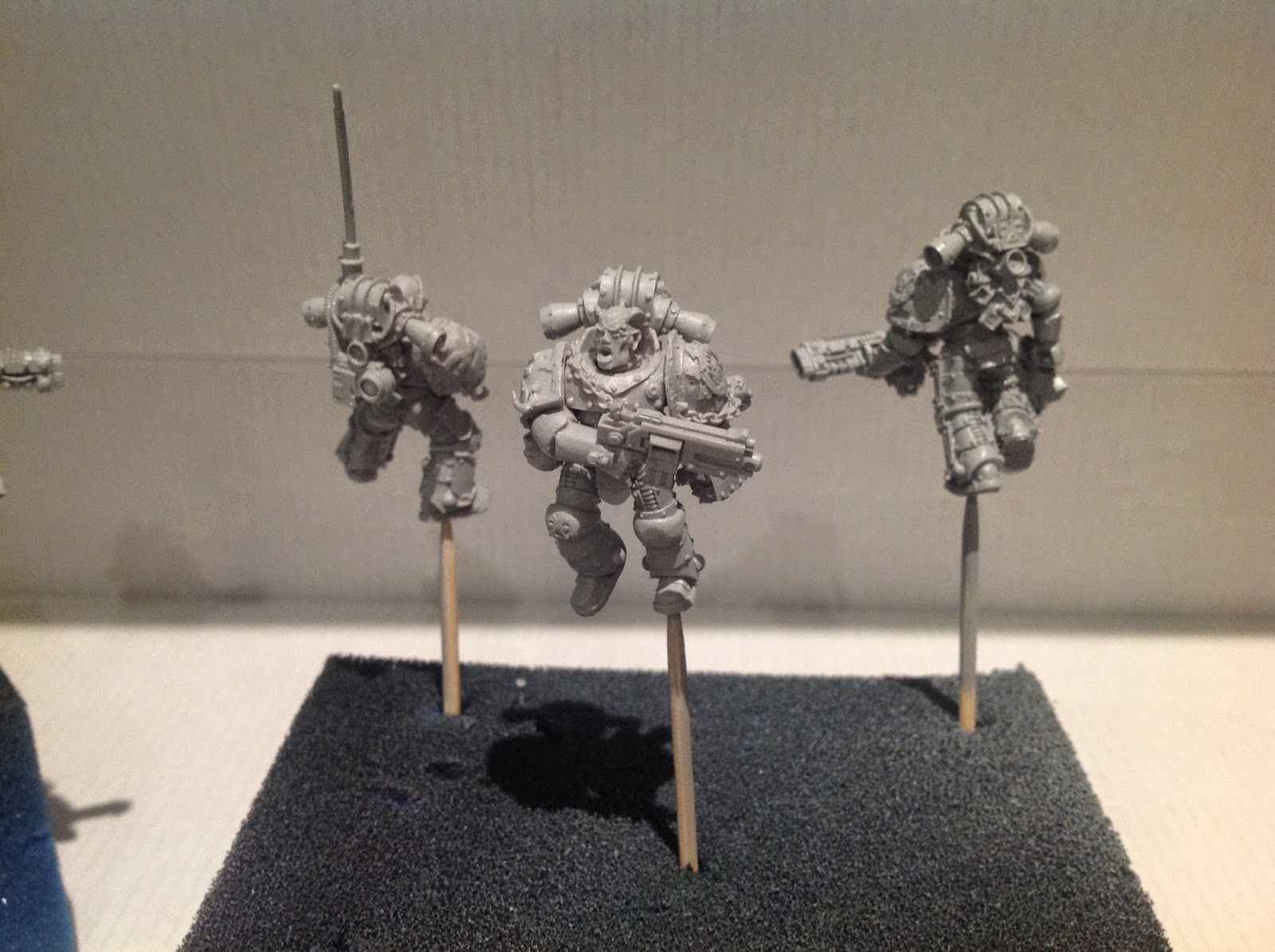 I have also slightly carved the packs on the character and sergeant, and applied a Khorne brass etch symbol. Glyphs are cool in the realm of chaos. 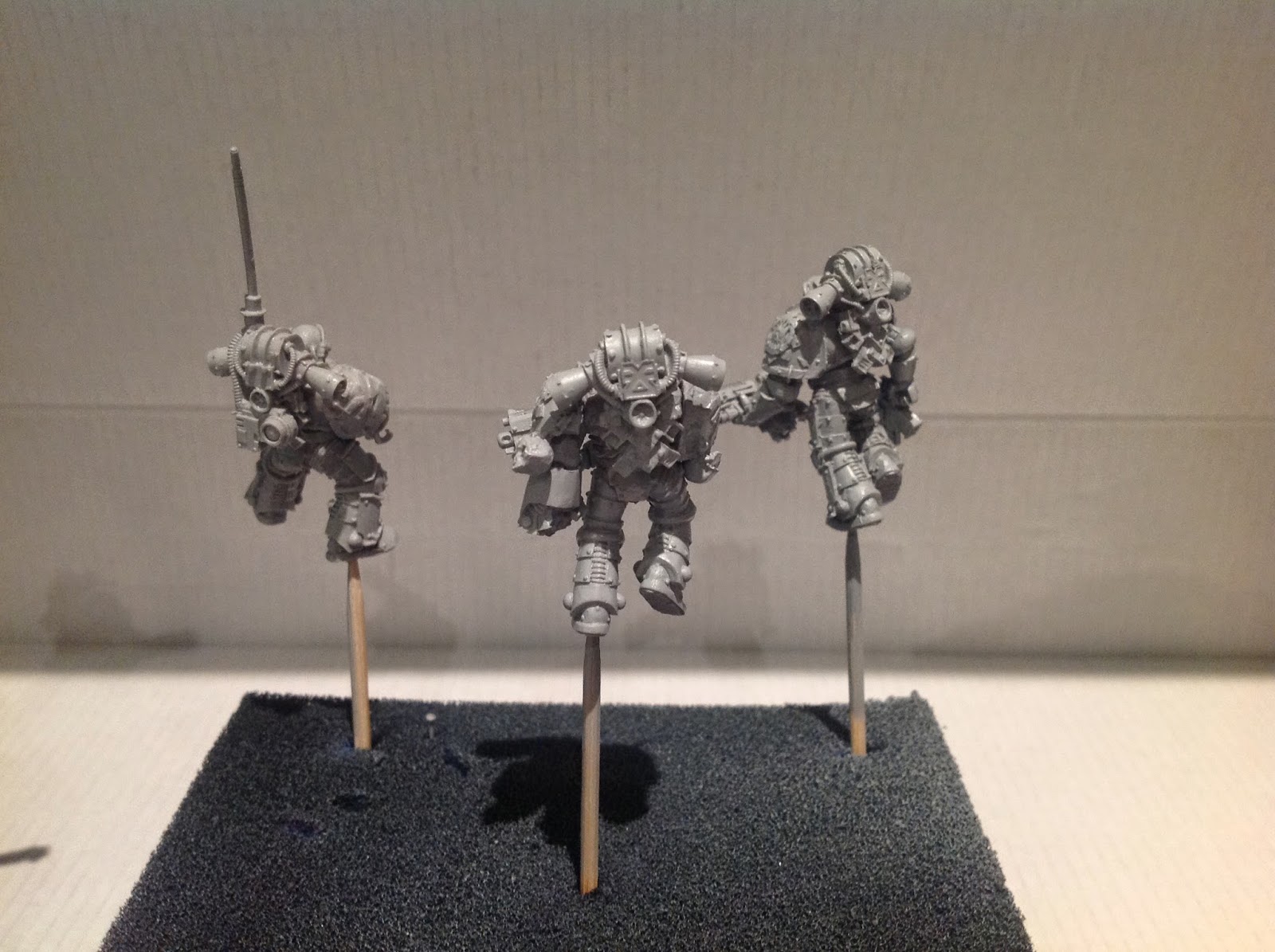 I have deliberately posed him and armed him to echo the Dark Vengeance Chosen of Chaos, like a blast from the past, a prelude to what's to come. 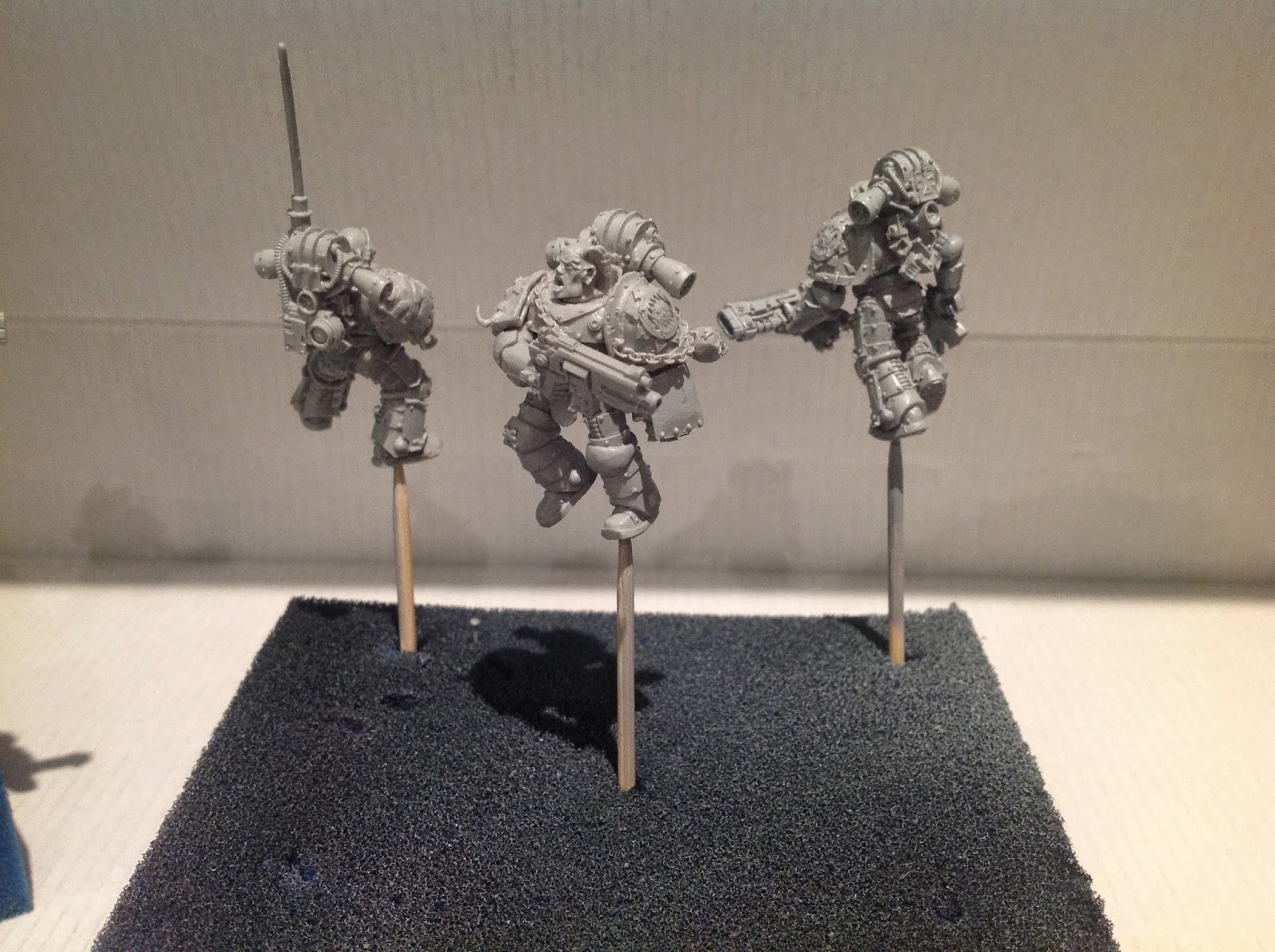 That's all for now, make sure to like us on Facebook and enter our competition for the free Praetor (ends 25th April 2014, so hurry!)