First up.... no character.... yes, I know he's in the title, but he is quite the ongoing project, and he'll have to wait a while until I have the time to get around to him.

Anyway, onto the squad!

Much volkite, such tactical, wow support. 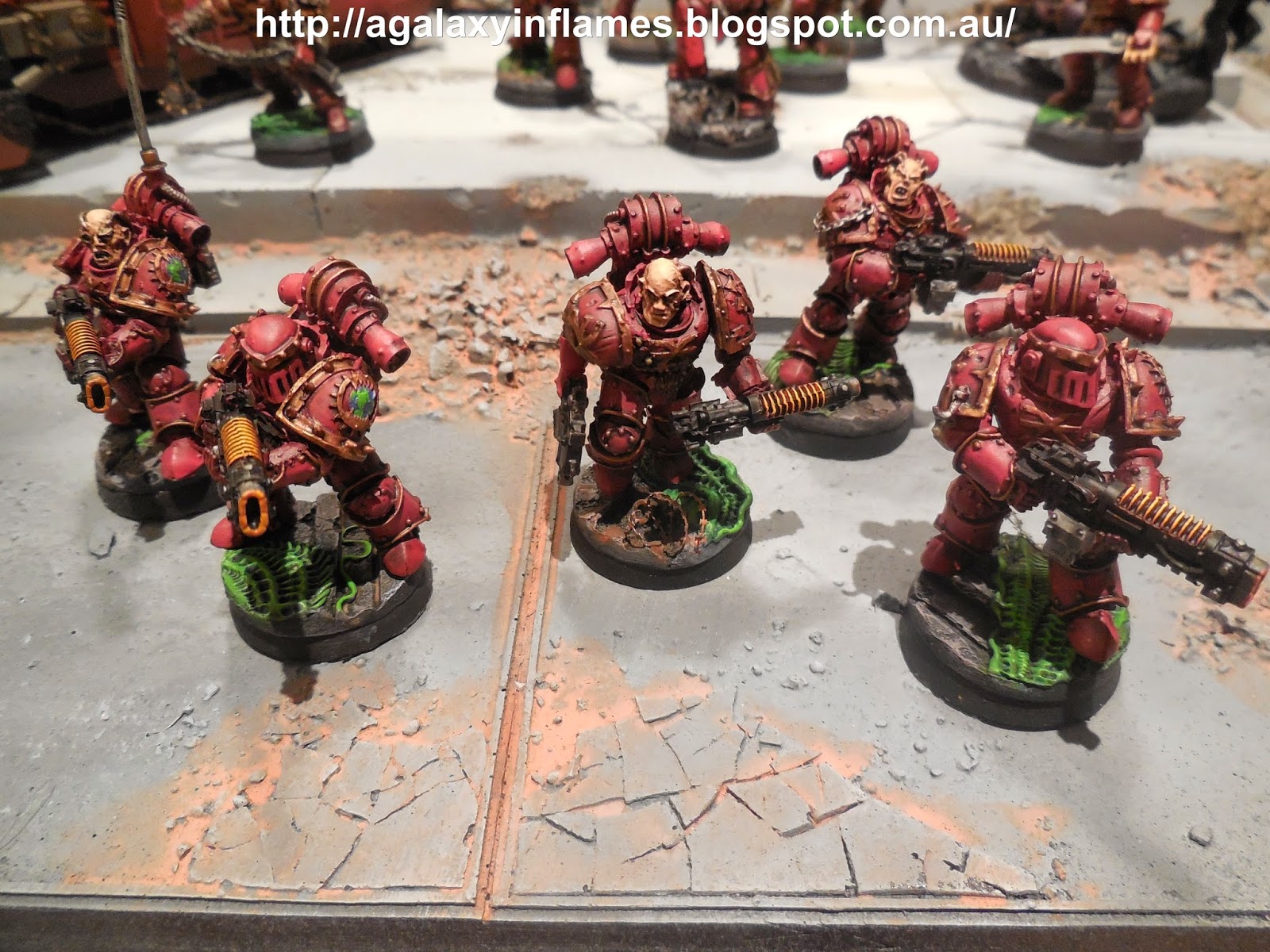 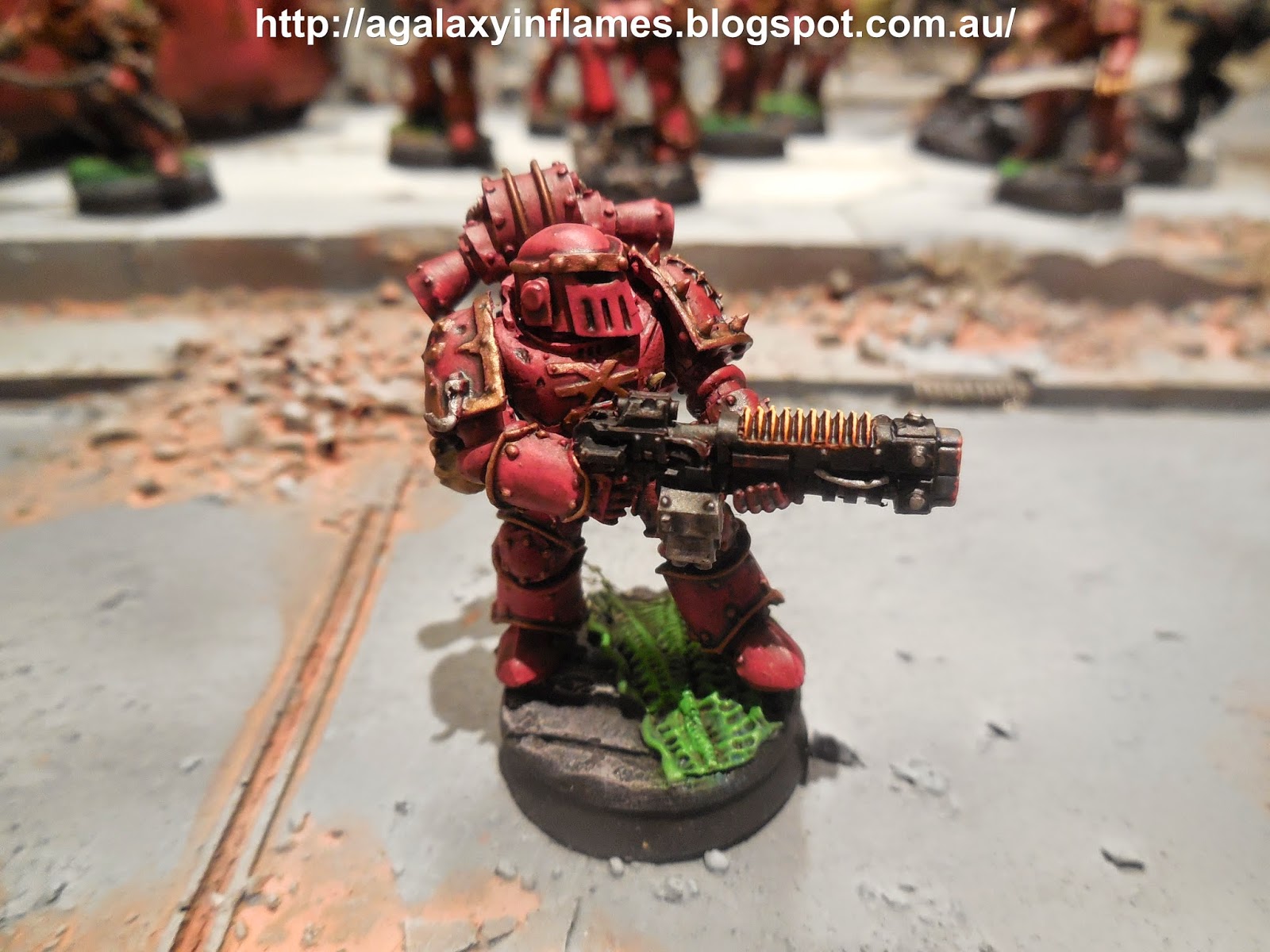 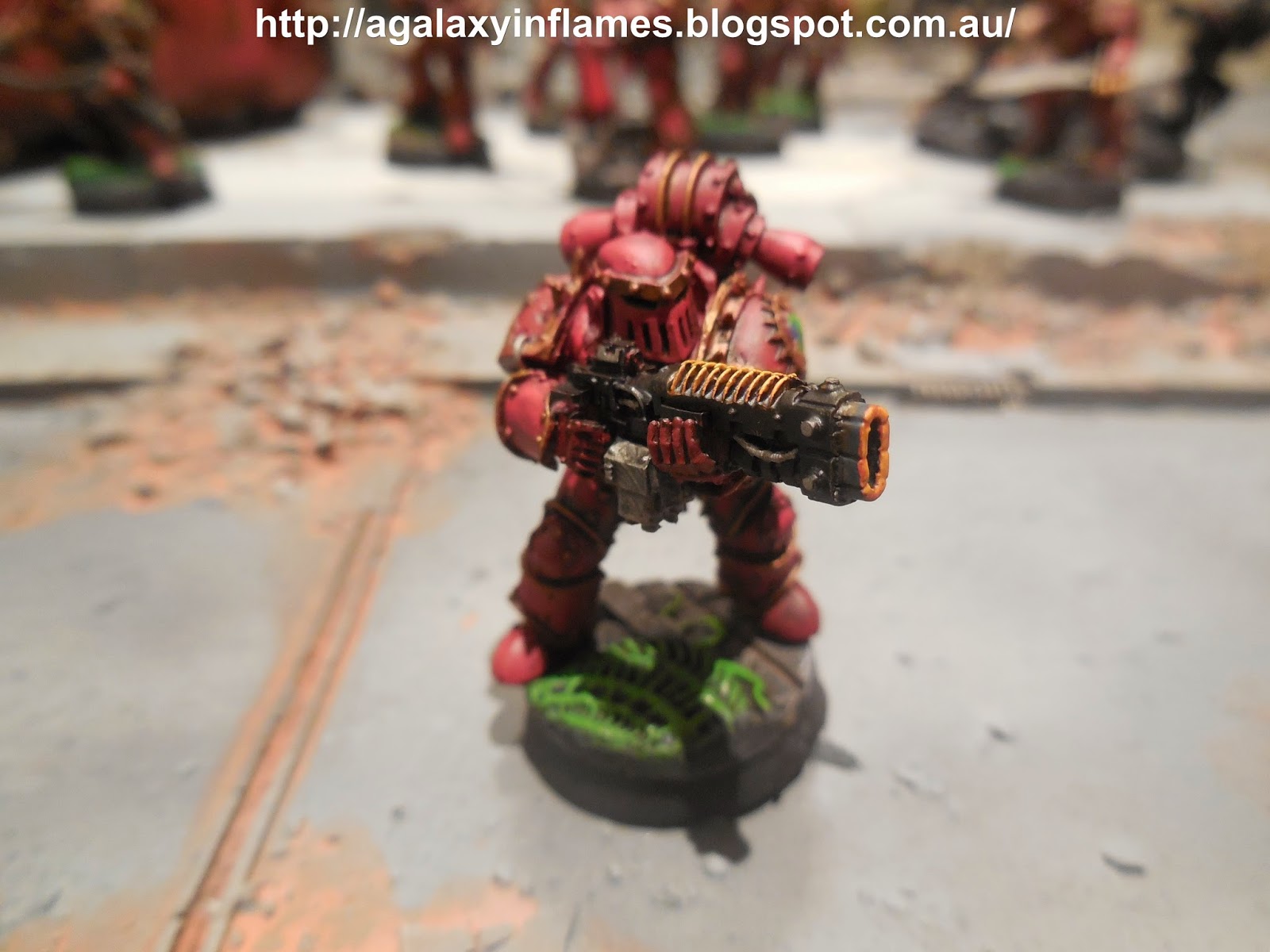 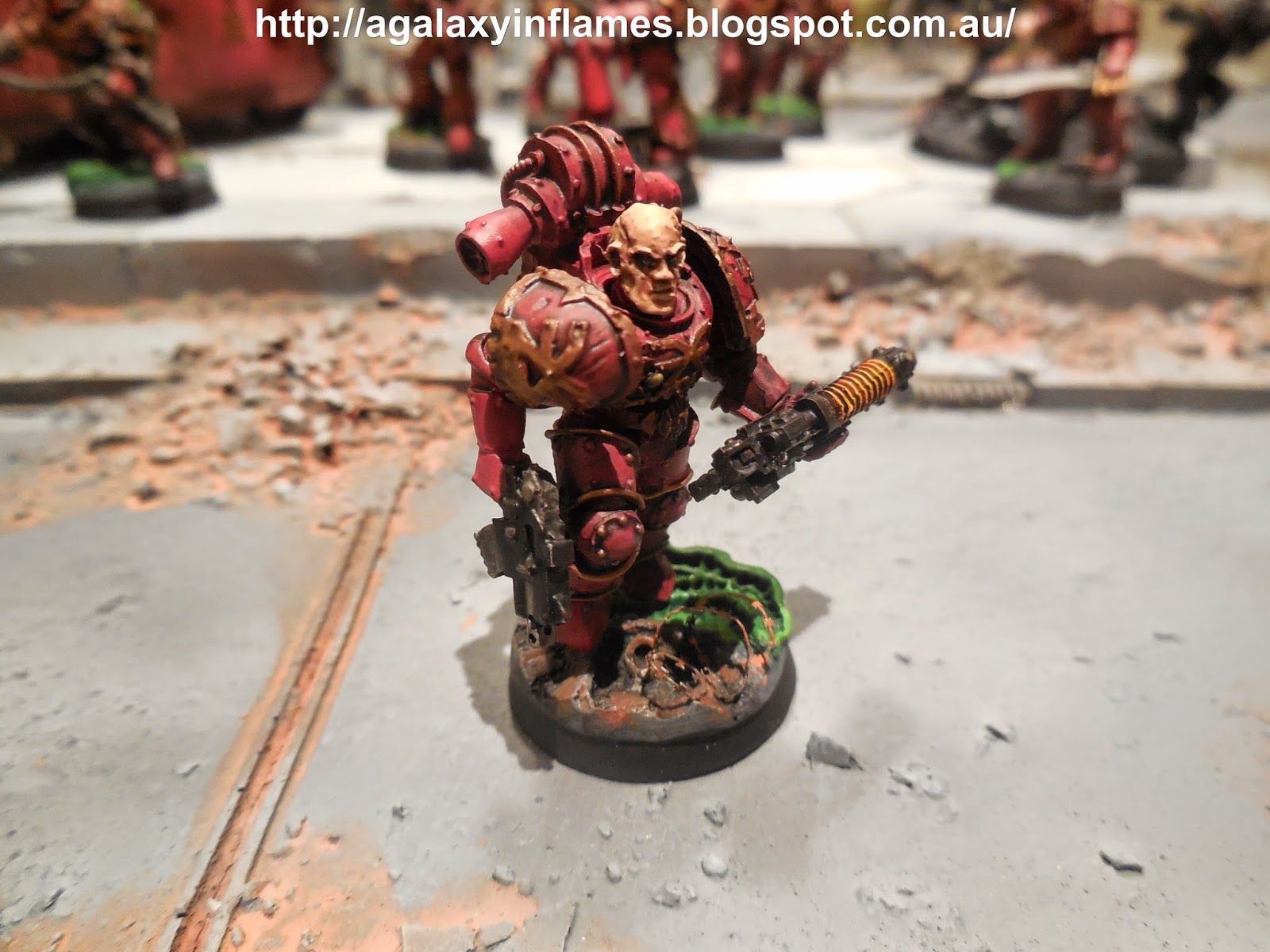 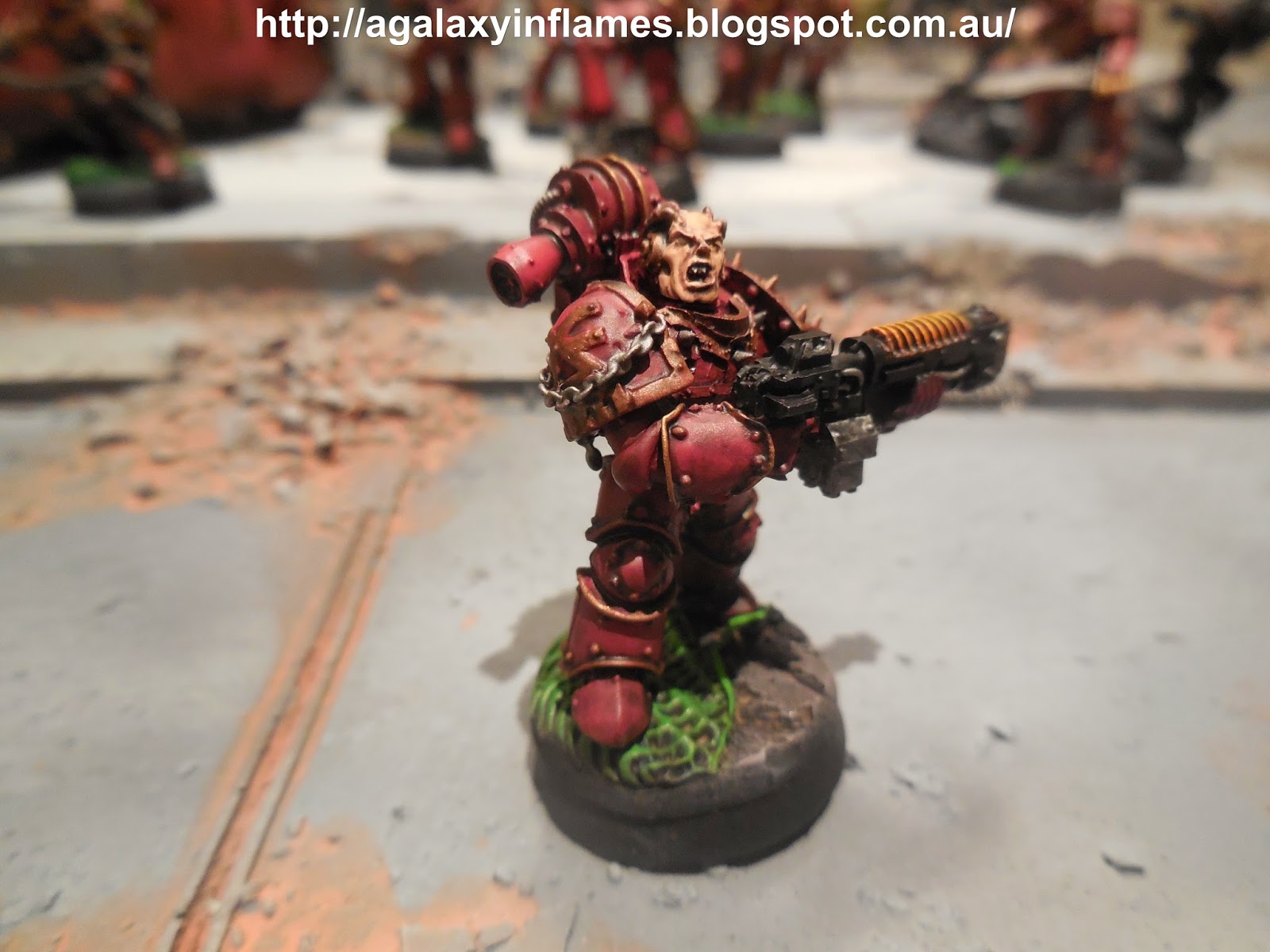 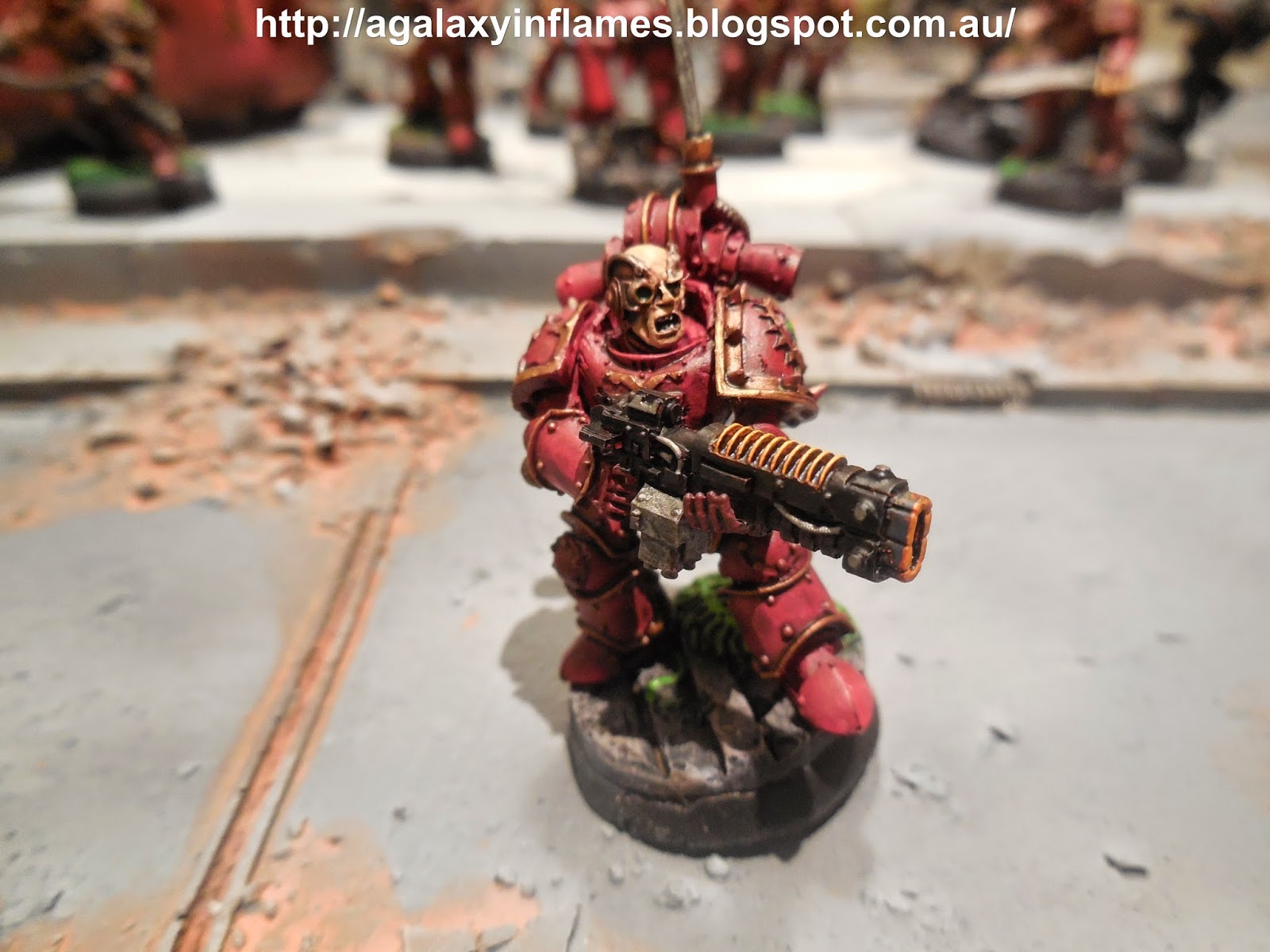 The Tactical Support Squad volkites are given a soft glow effect, by brushing on GW Blazing Orange and wet blending up to Tamiya XF-3 Flat Yellow. I then used the oil wash to really add depth. I also gave orange tips to the volkites as it makes it look as if the very metal that makes up the barrels has super-heated around the tip. The down side is the soft blue transition I added is almost invisible against such a bright colour.

Also, a small critique here, but I have applied quite a thin paint to these models, yet trying to paint the eyes on the butchers nails heads has been ridiculous. There is no clear eyeball in many cases, and this is very frustrating as I can't paint the eyeballs without the faces looking like they have a serious case of mental retardation (which I suppose the butchers nails may cause). Just not sure if this is a Forge world miscast or I'm blind.

So, here's the army as it stands, not a bad little side project. 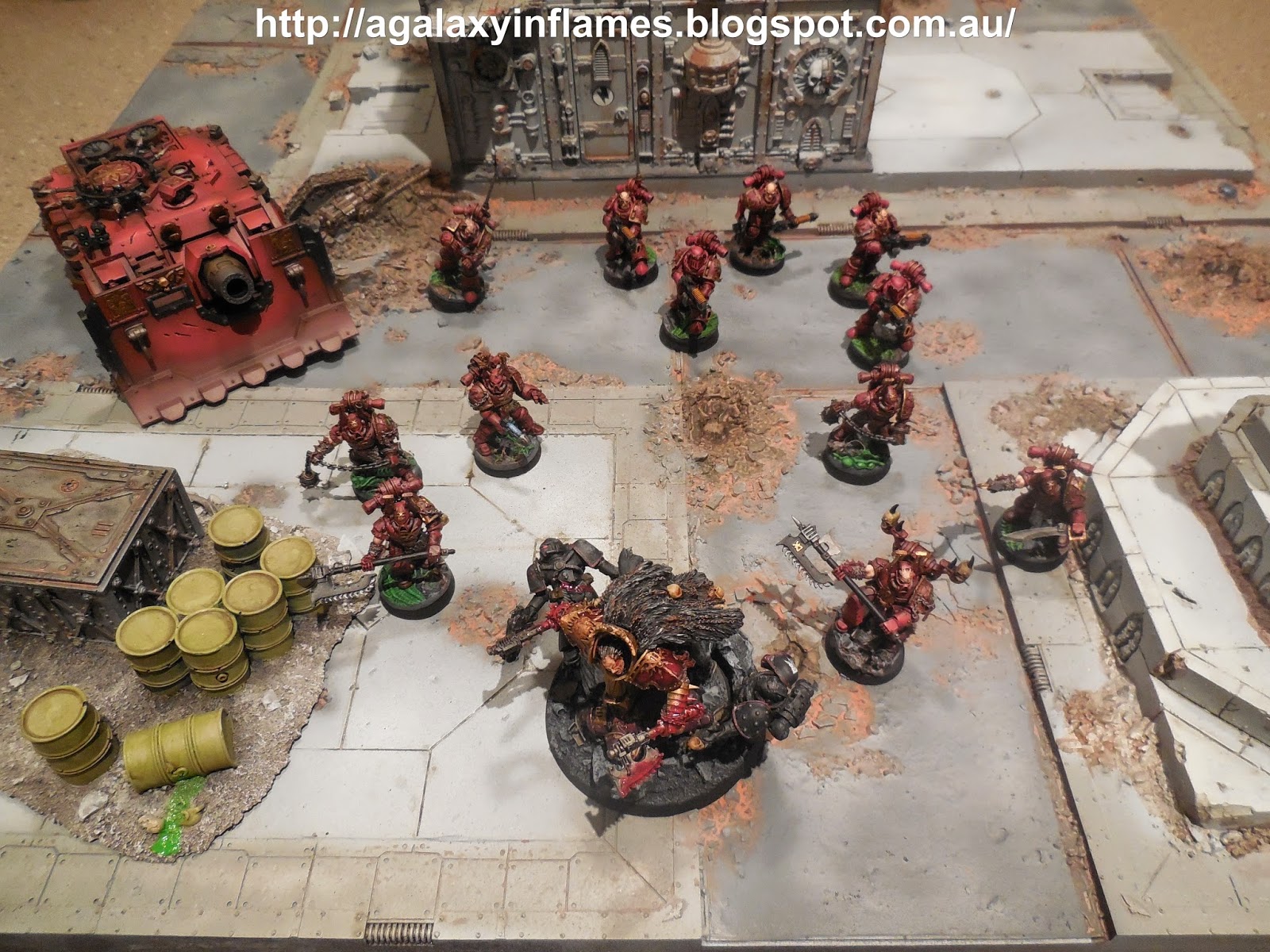 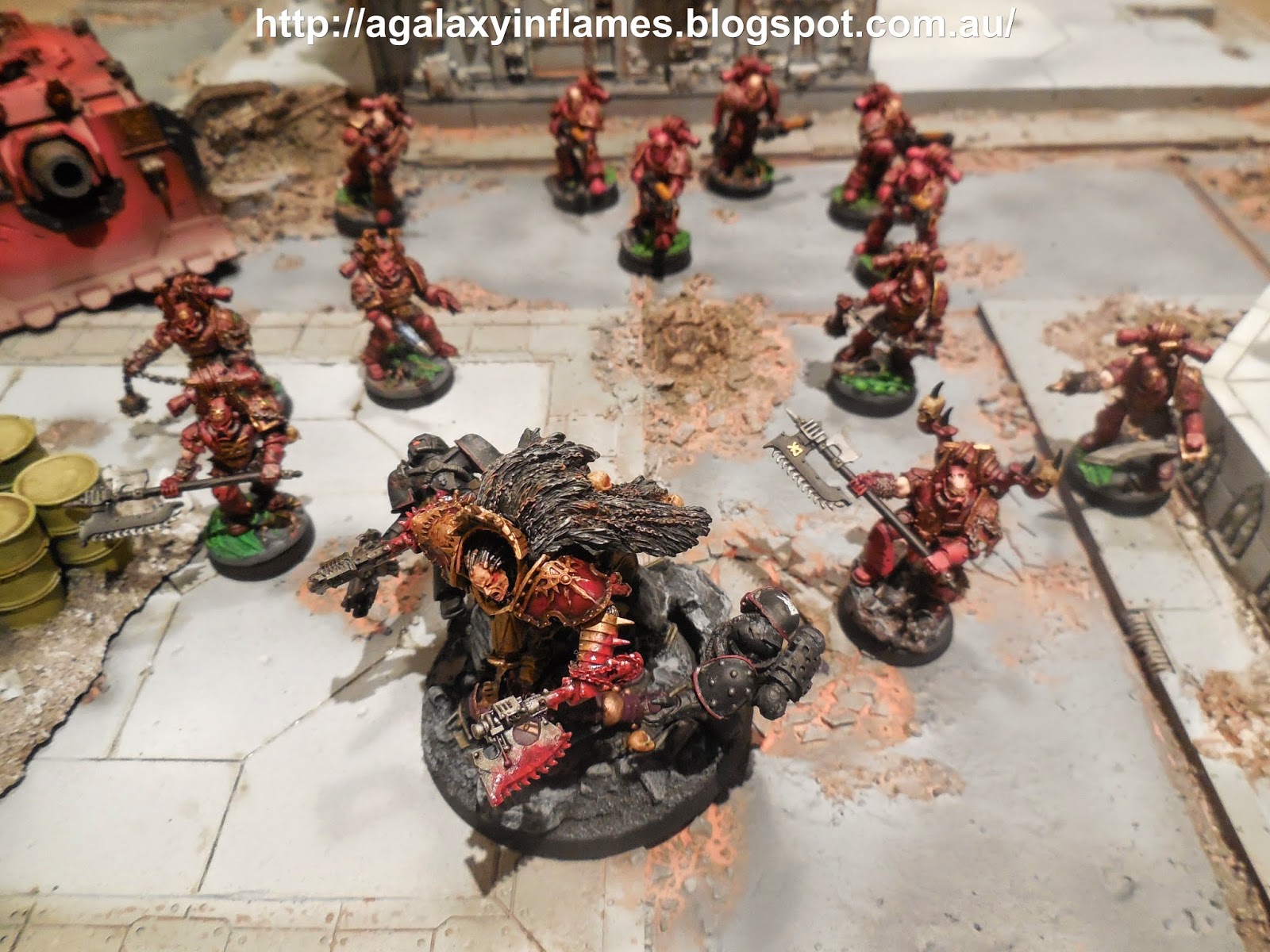 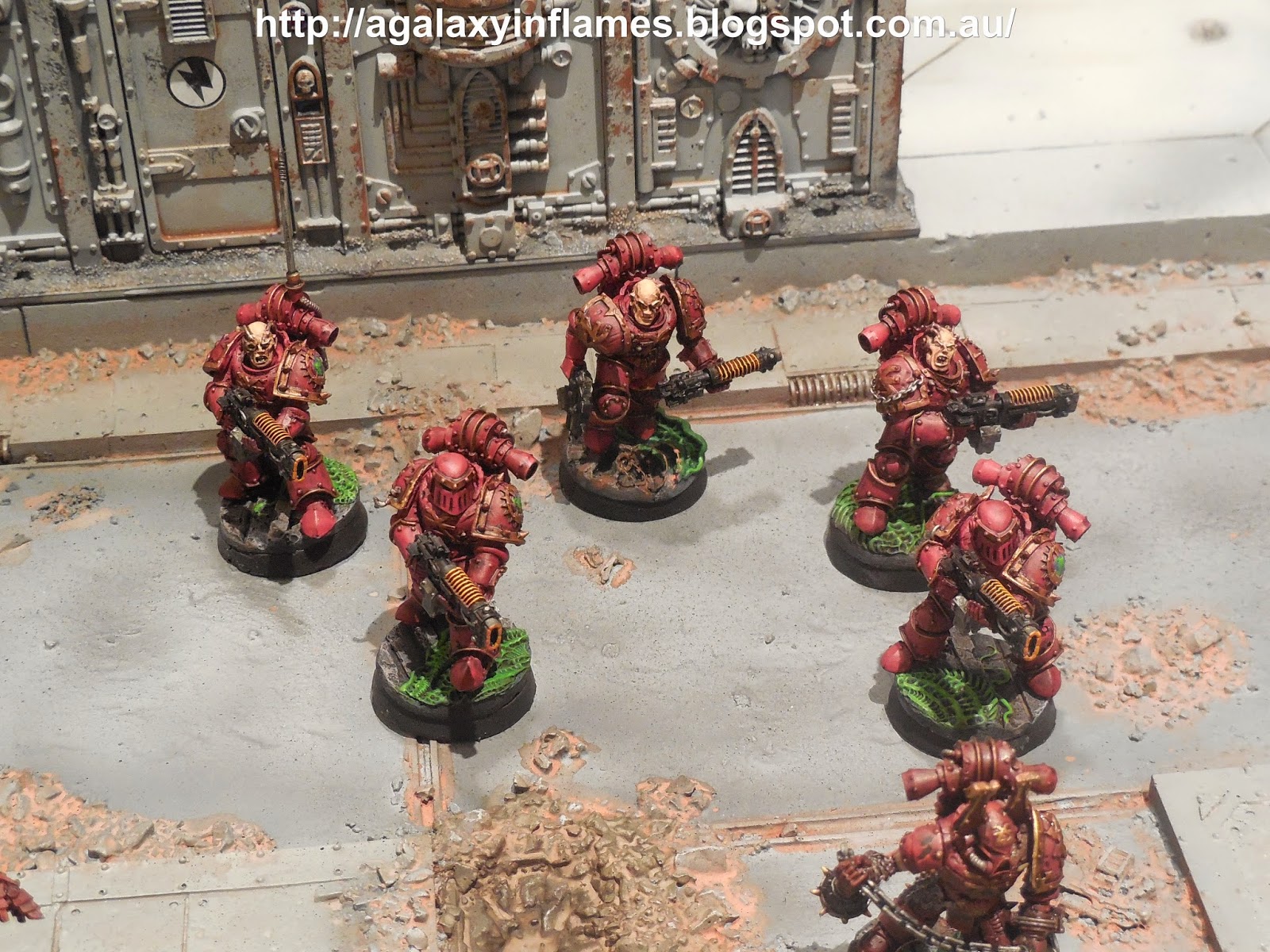 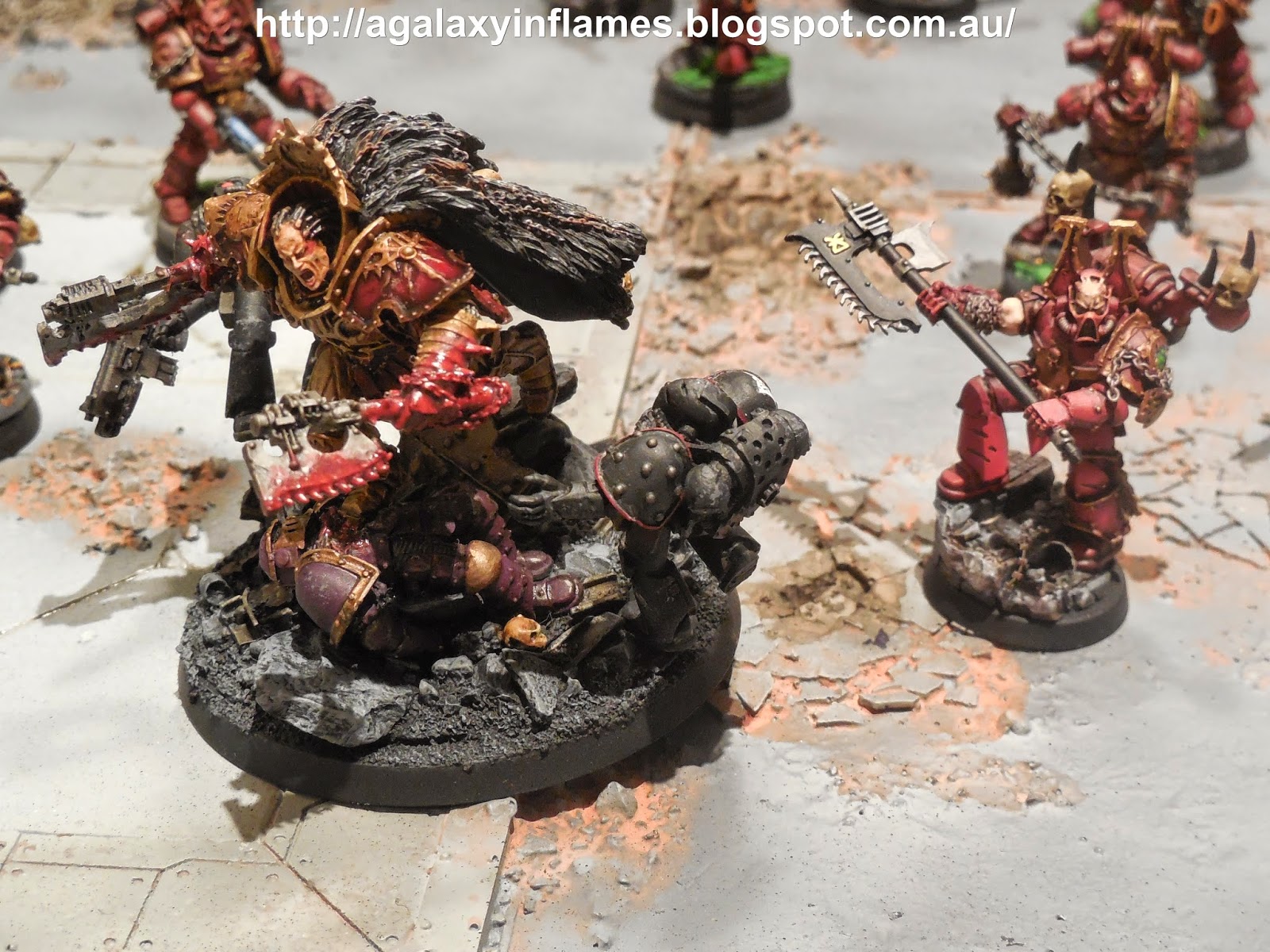 Angry Ron is angry. He should be a daemon prince I guess, since the army has devolved to following Khorne, but he's just too cool to leave out. 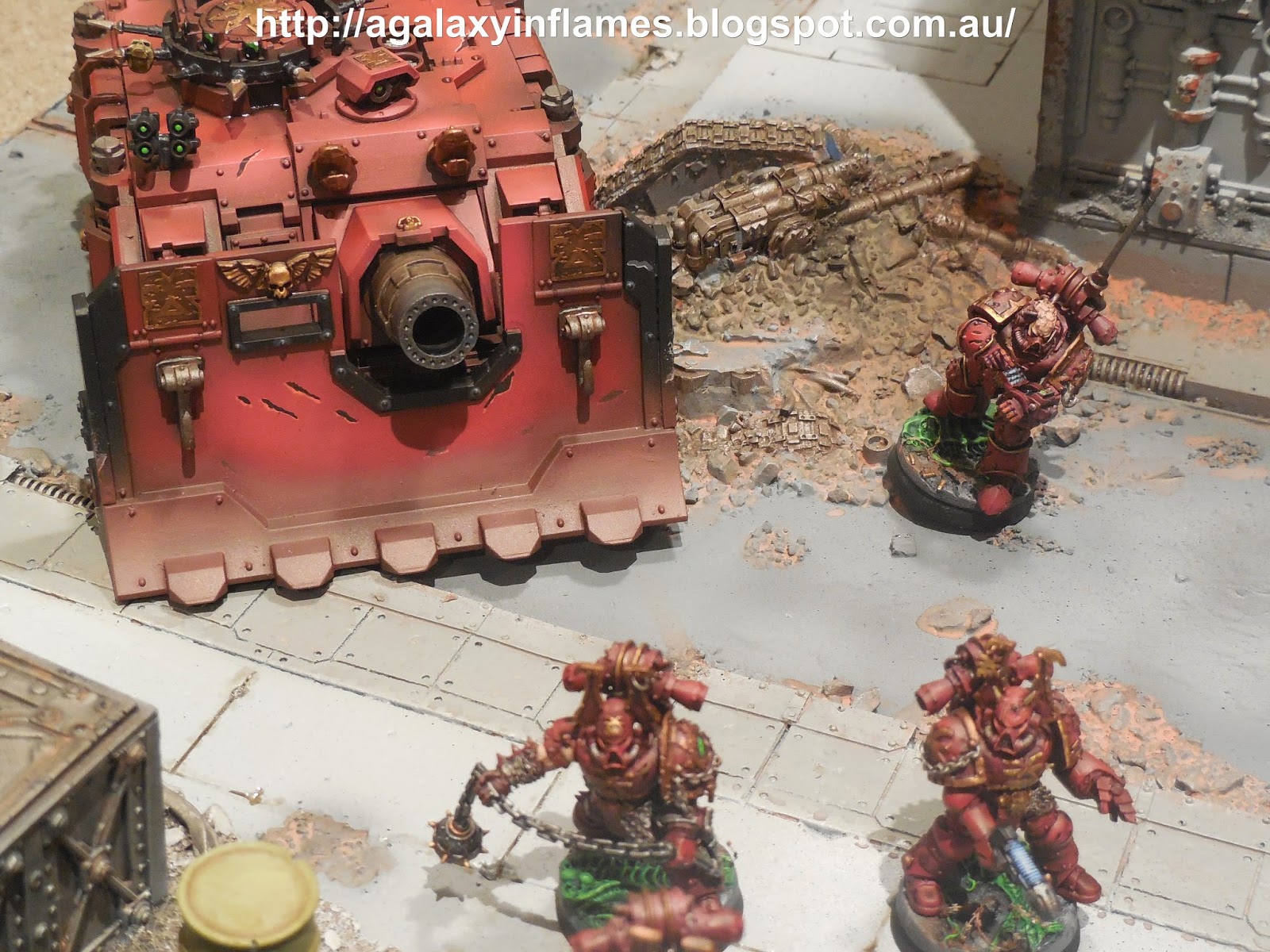