It's been a while between drinks on ye olde blog, I have recently discharged from the Australian Defence Force after a fifteenth year stint and have been busy sorting that as well as trying to transition into the real world... Feels great! I should be back on the blog fairly regularly now with most of the turmoil done, leaving a bit of room for hobby - Huzzah!

Instead of ripping into yet another building I have gone with a couple of destroyed buildings, or more specifically their foundations. I made two of these to add to the destroyed / war torn city effect, as well as cutting down the dollar count on the amount of parts I needed for full buildings. Besides, it makes sense that a few buildings would be leveled in all out city warfare.

Here is the first one, It starts simply enough with the GW Moonscape craters at the center of the cork foundation. I put the crater on top of the foundation to give it a "lifted" or shattered feel, like a shell had went a few feet into the ground then detonated. 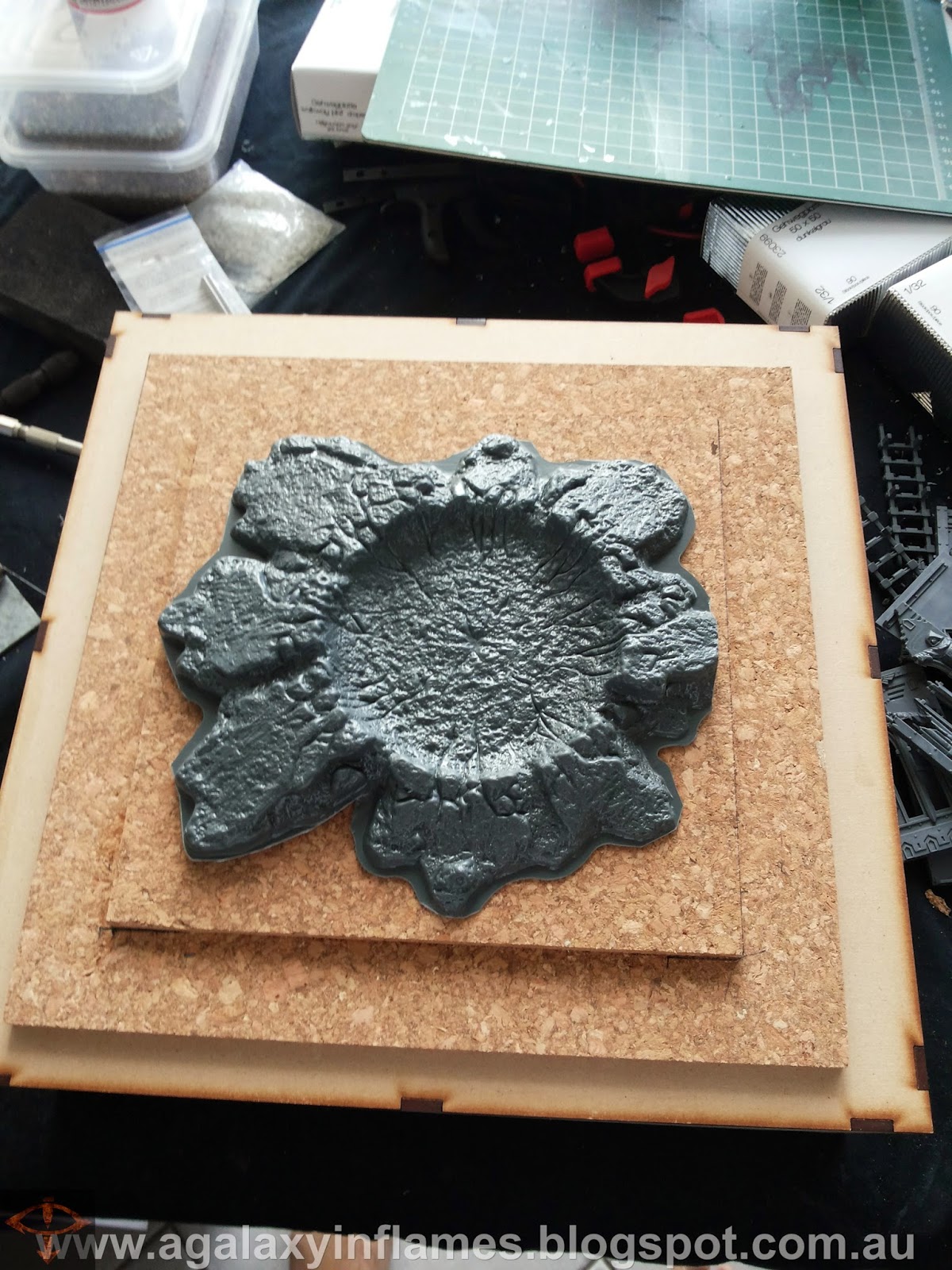 Ruins were then fitted and pinned to the cork in the corners to give perspective of the building that once stood proud on it's foundations: 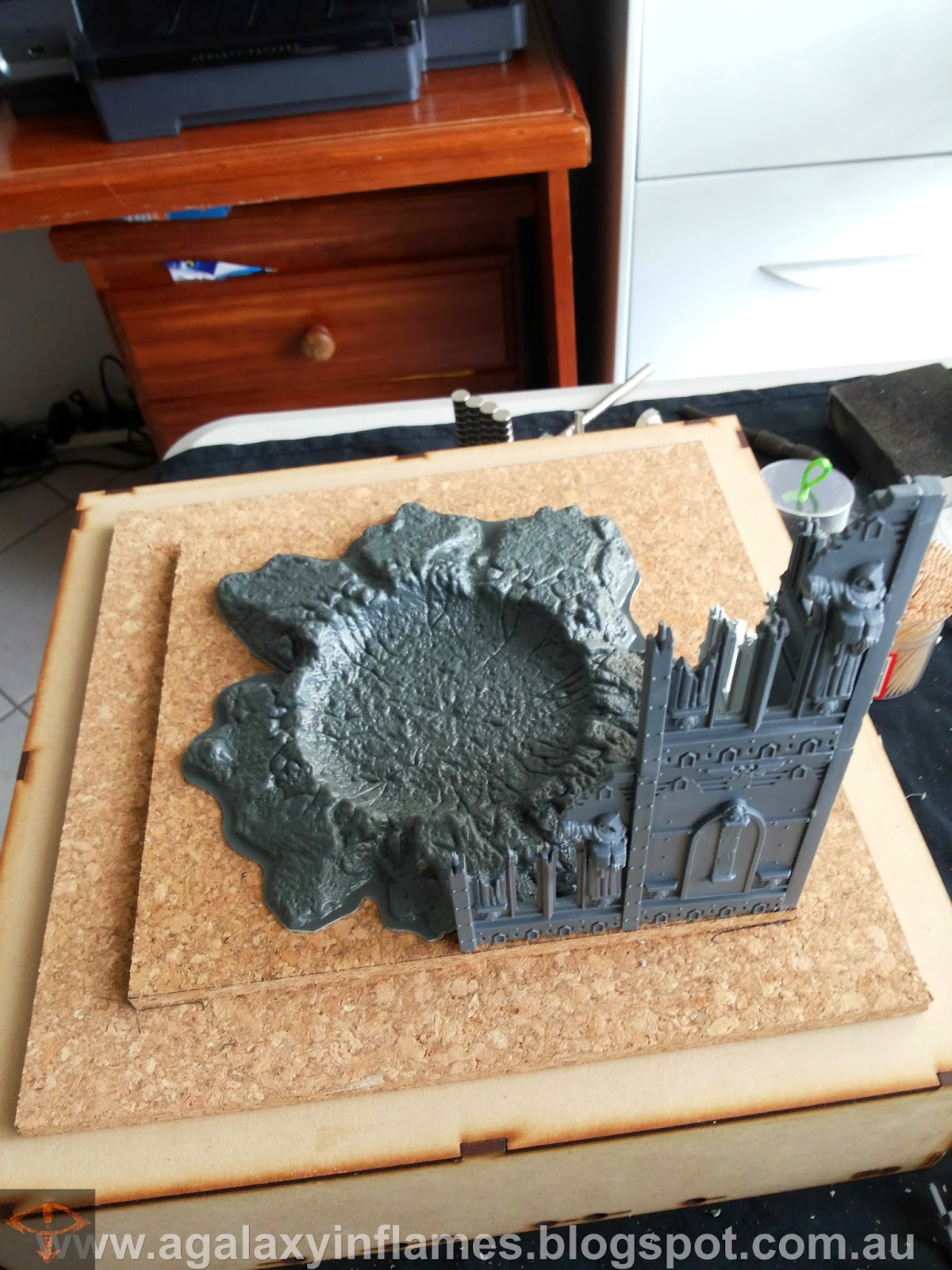 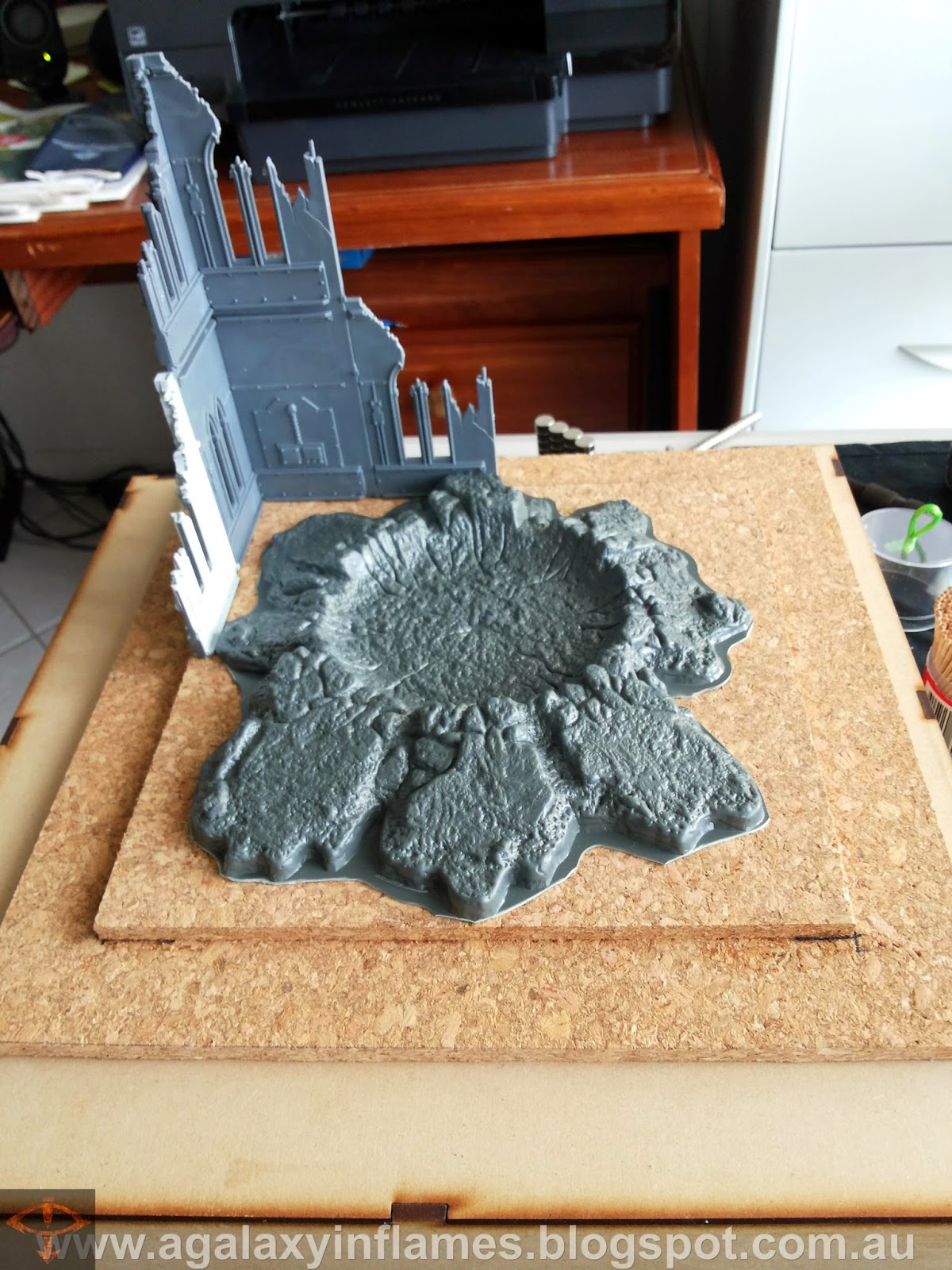 Once the building pieces were fitted, I tore out a few chunks of the foundation to add to the destroyed feel. I then scattered a few pieces of destroyed ruin, I beams, and left over plasticard all over the ruin, then as a finishing touch I added a rubble mix consisting of torn up cork, 1/35 model bricks, stones and sand. This worked really well and gave the whole piece the post apocalyptic / Istvaan III look. 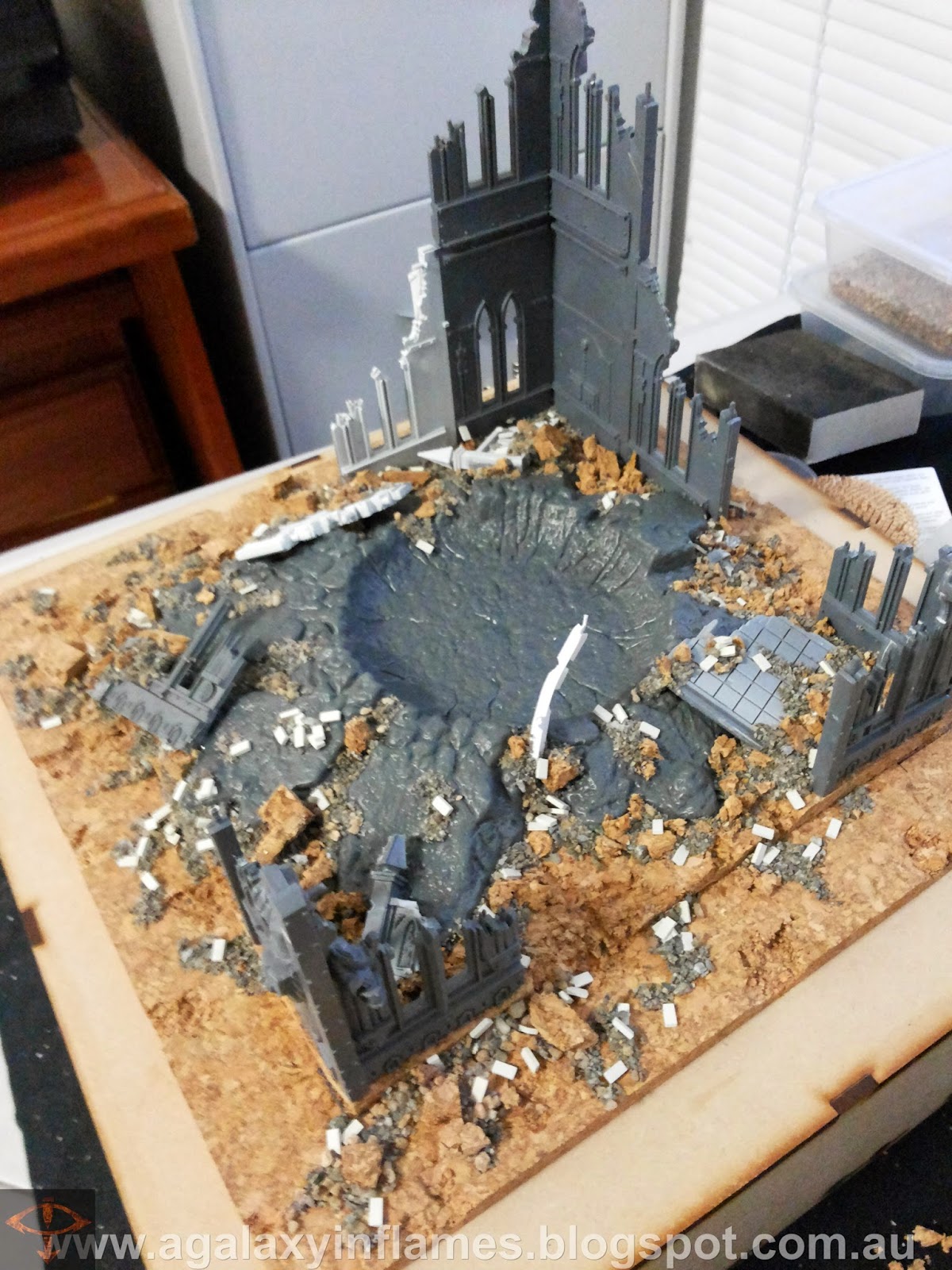 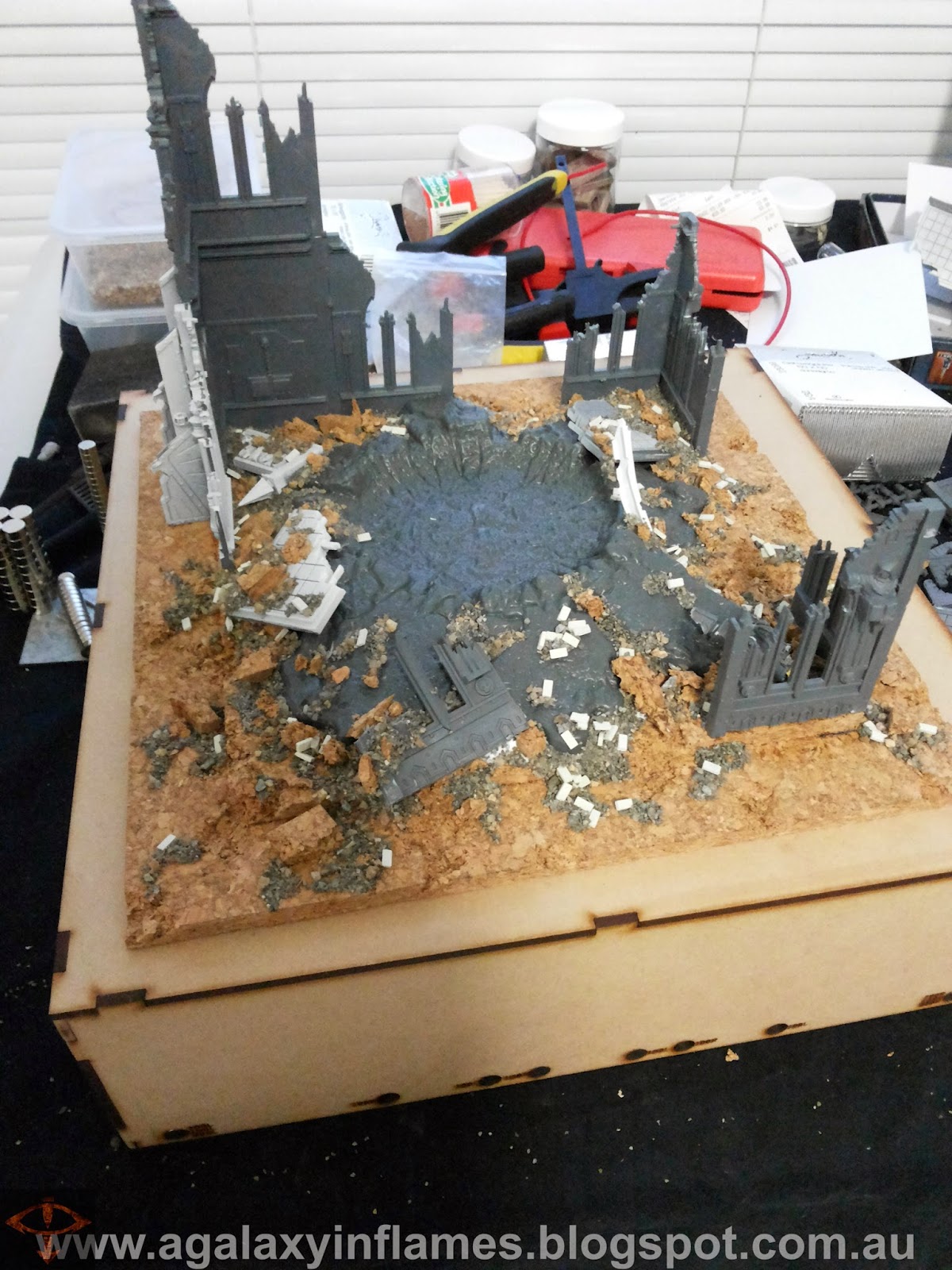 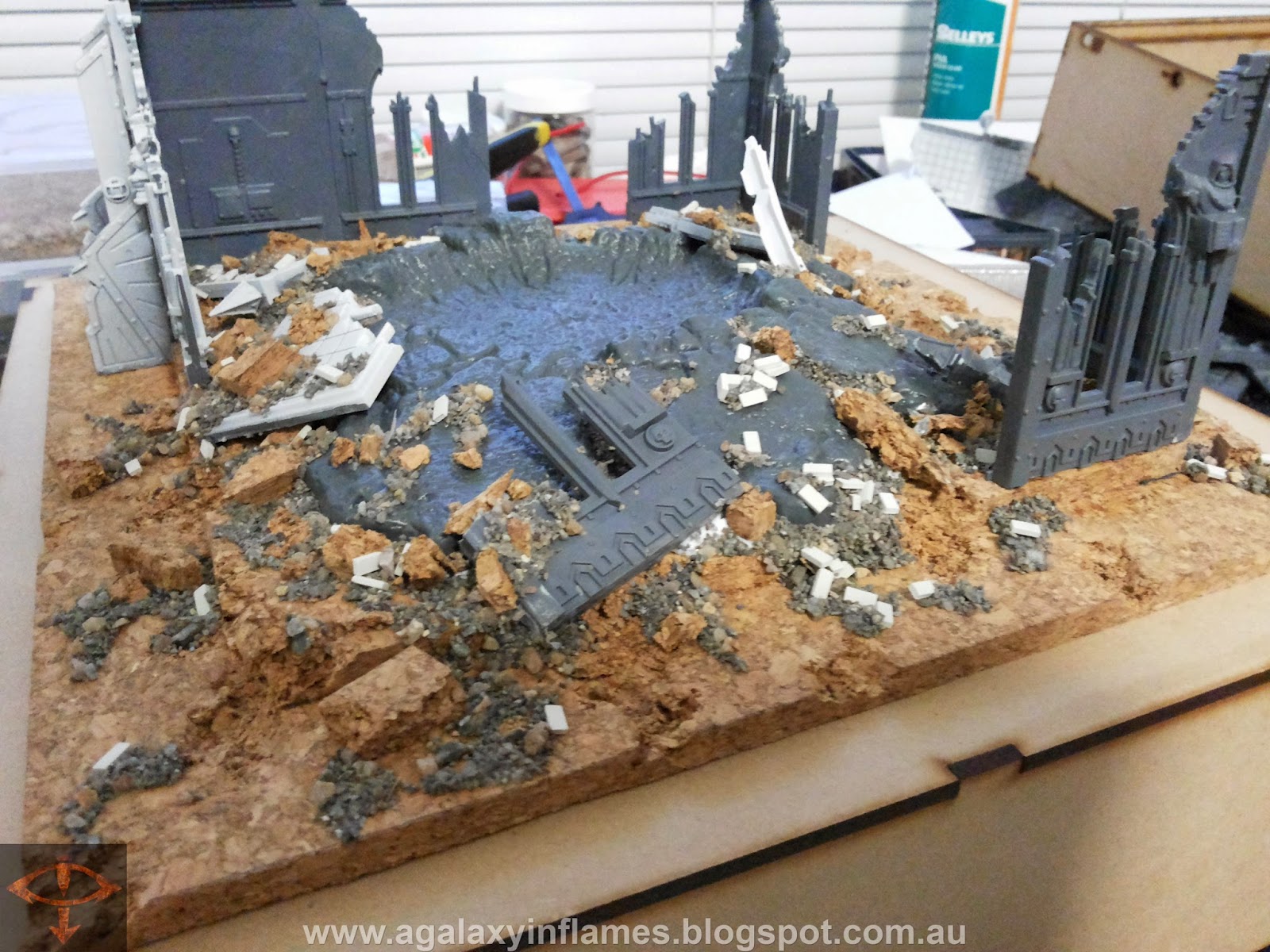 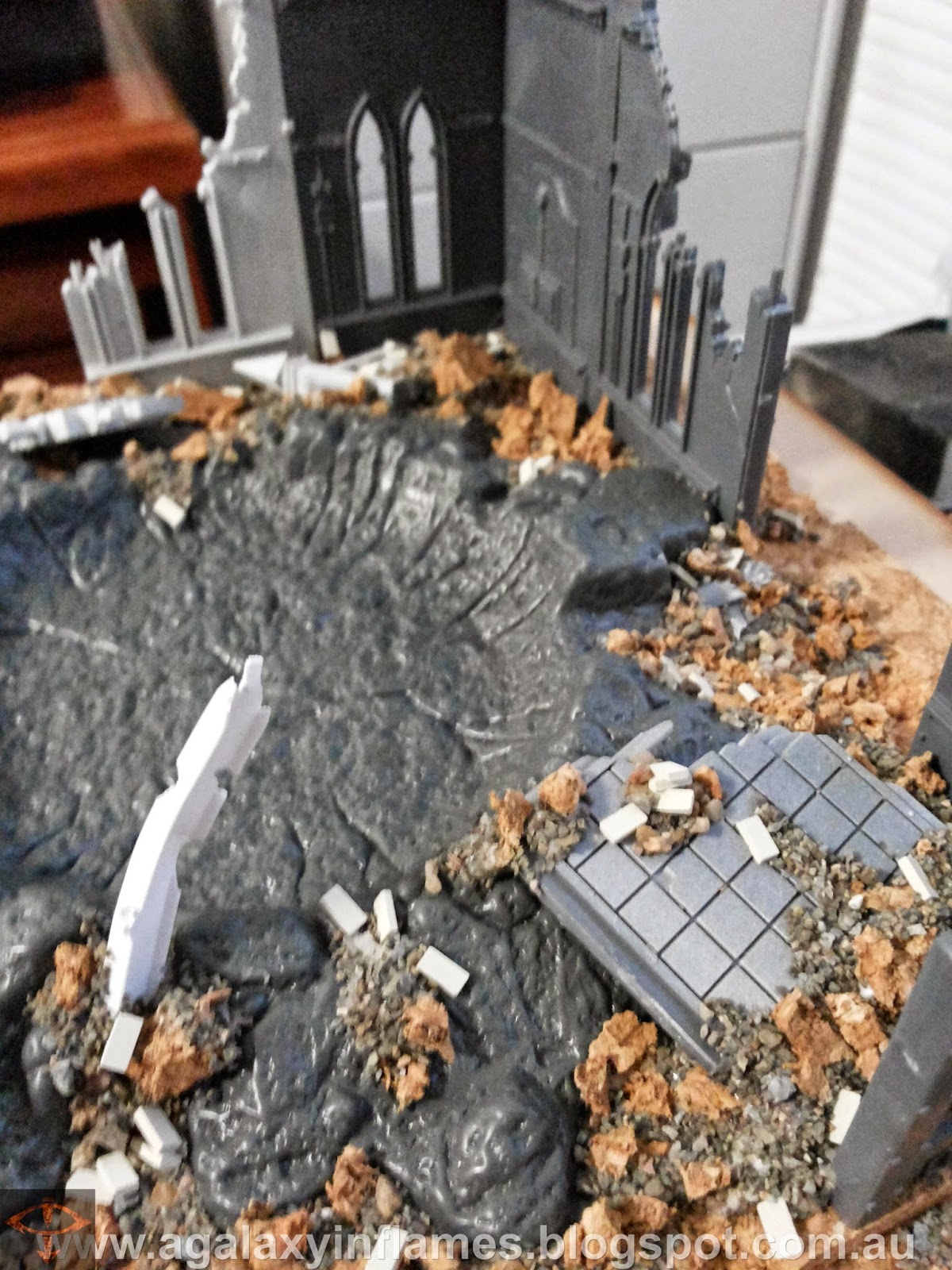 Really happy with how it went, however I think it sits too high on the foundation. To counter this, I did a bit of modification to the next crater by fitting the foundation around the blast area rather than just sat on top: 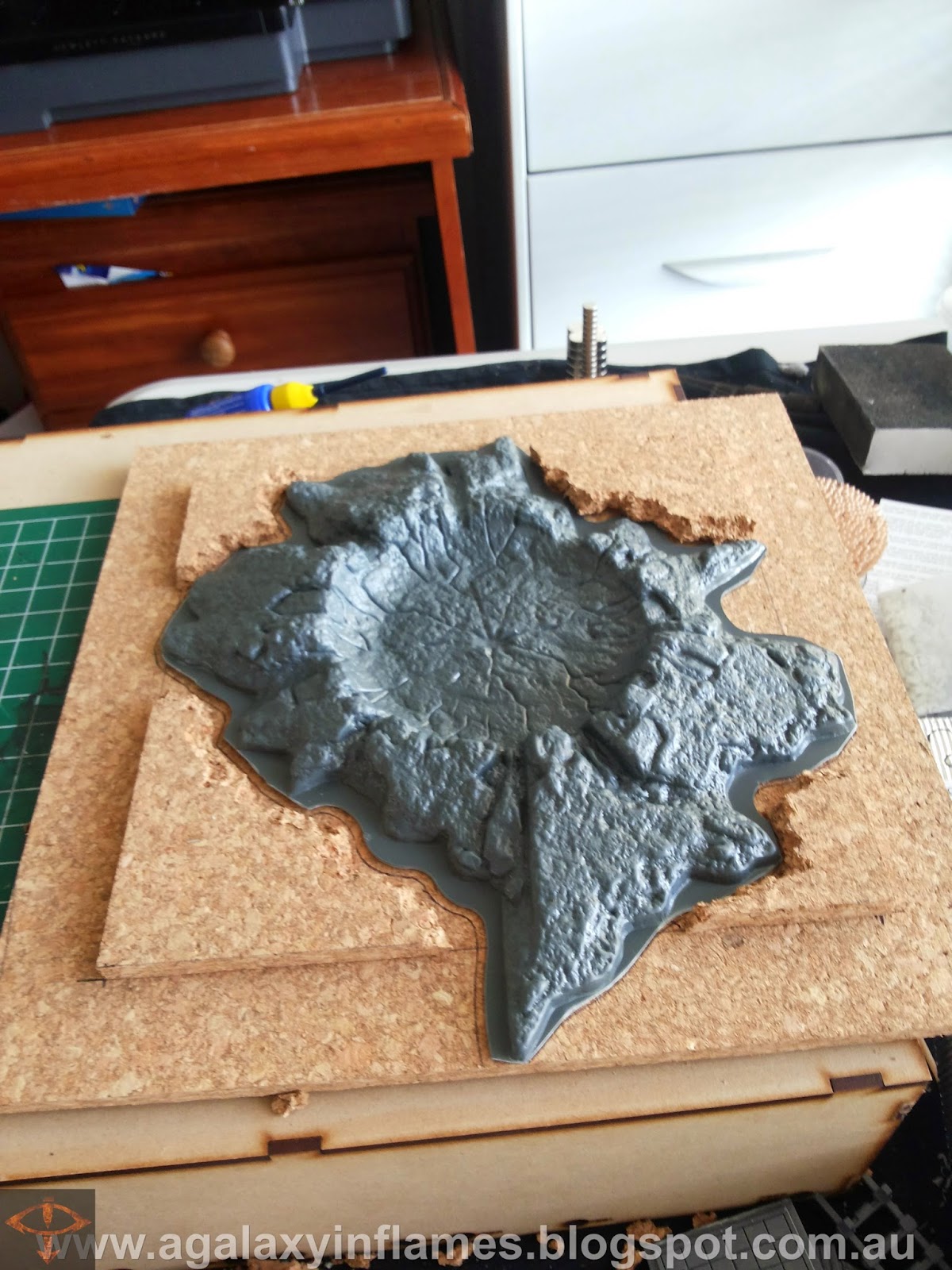 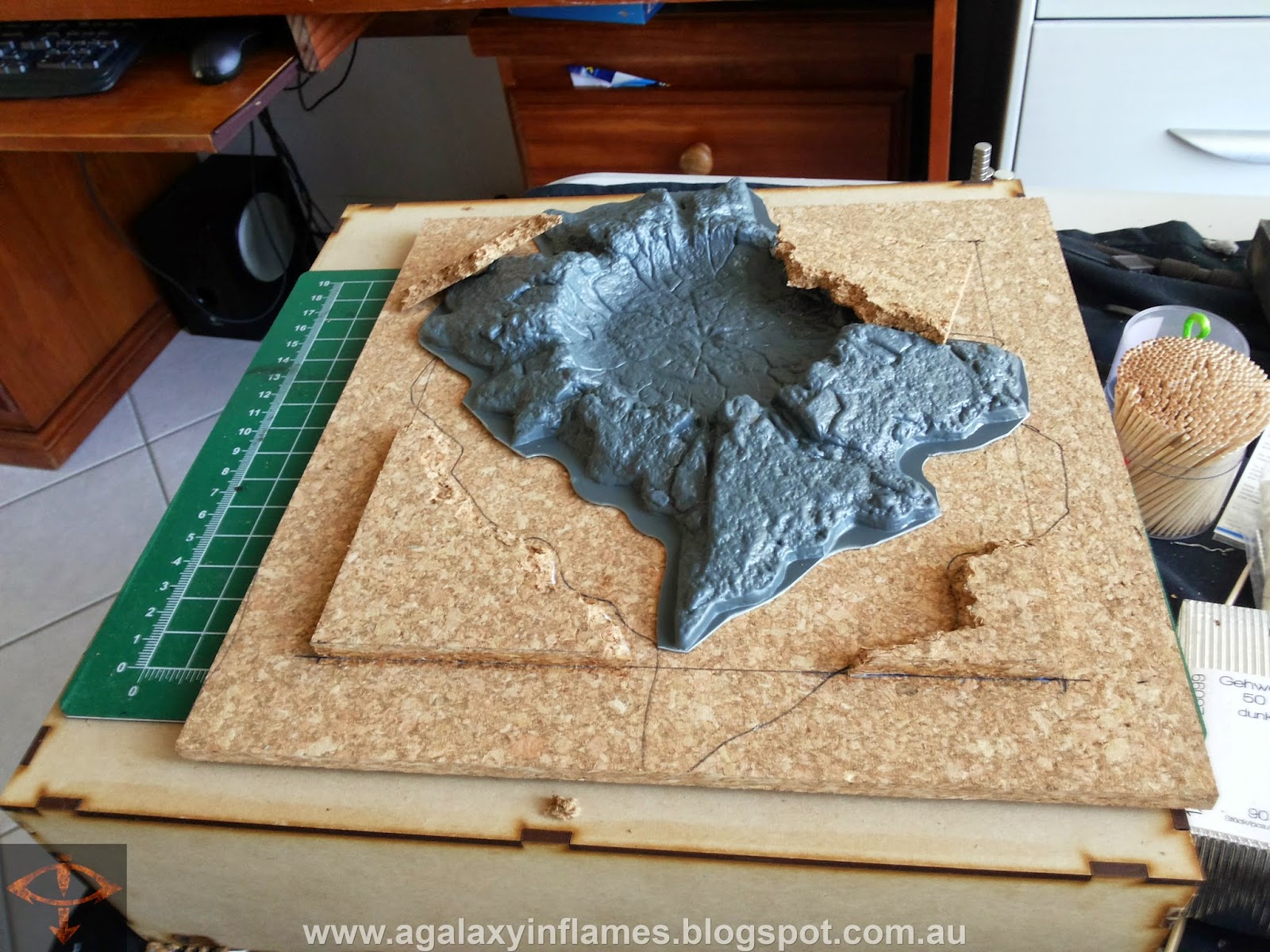 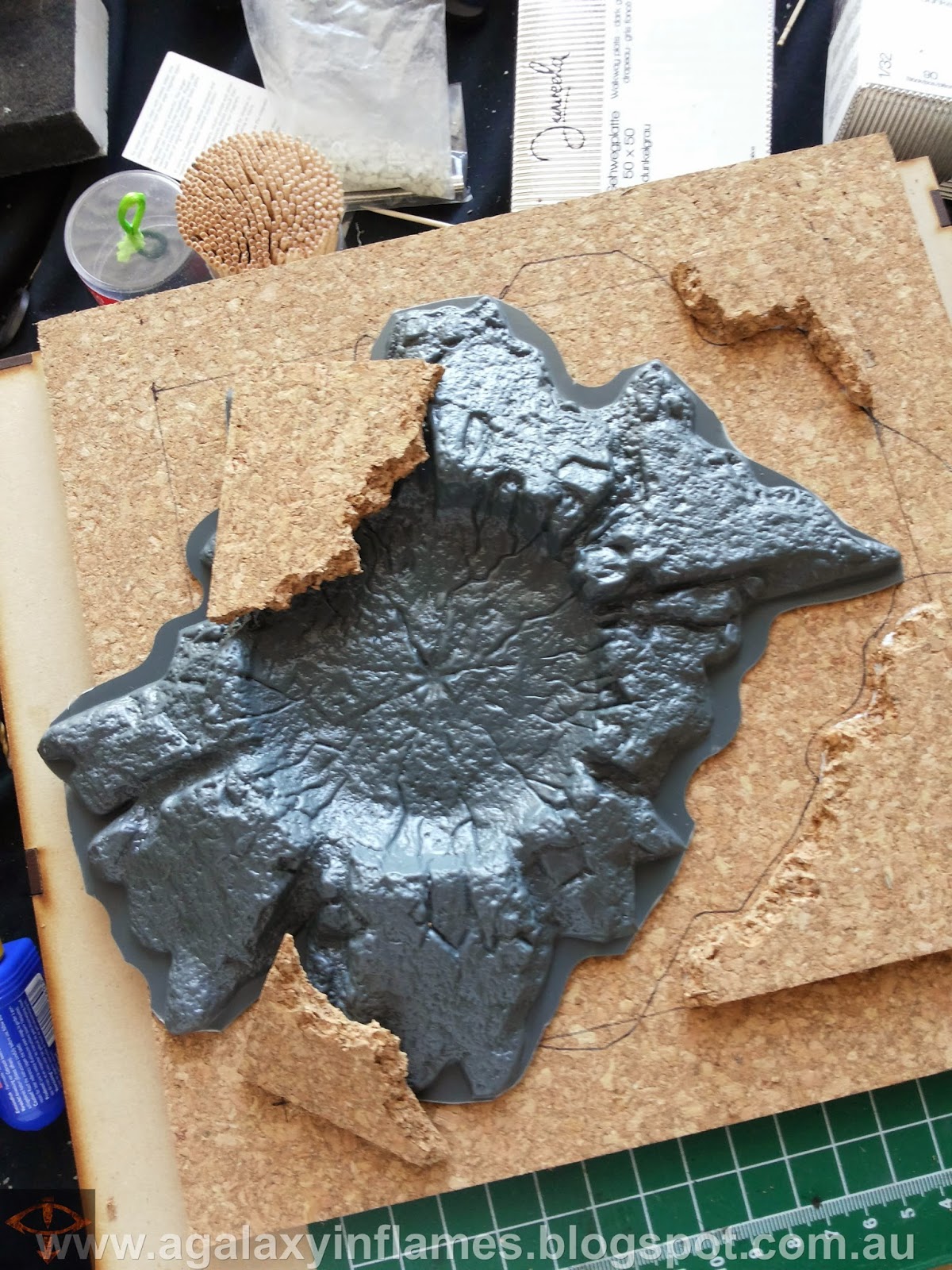 Once the position was finalised, I followed the same process as the first crater and came up with this: 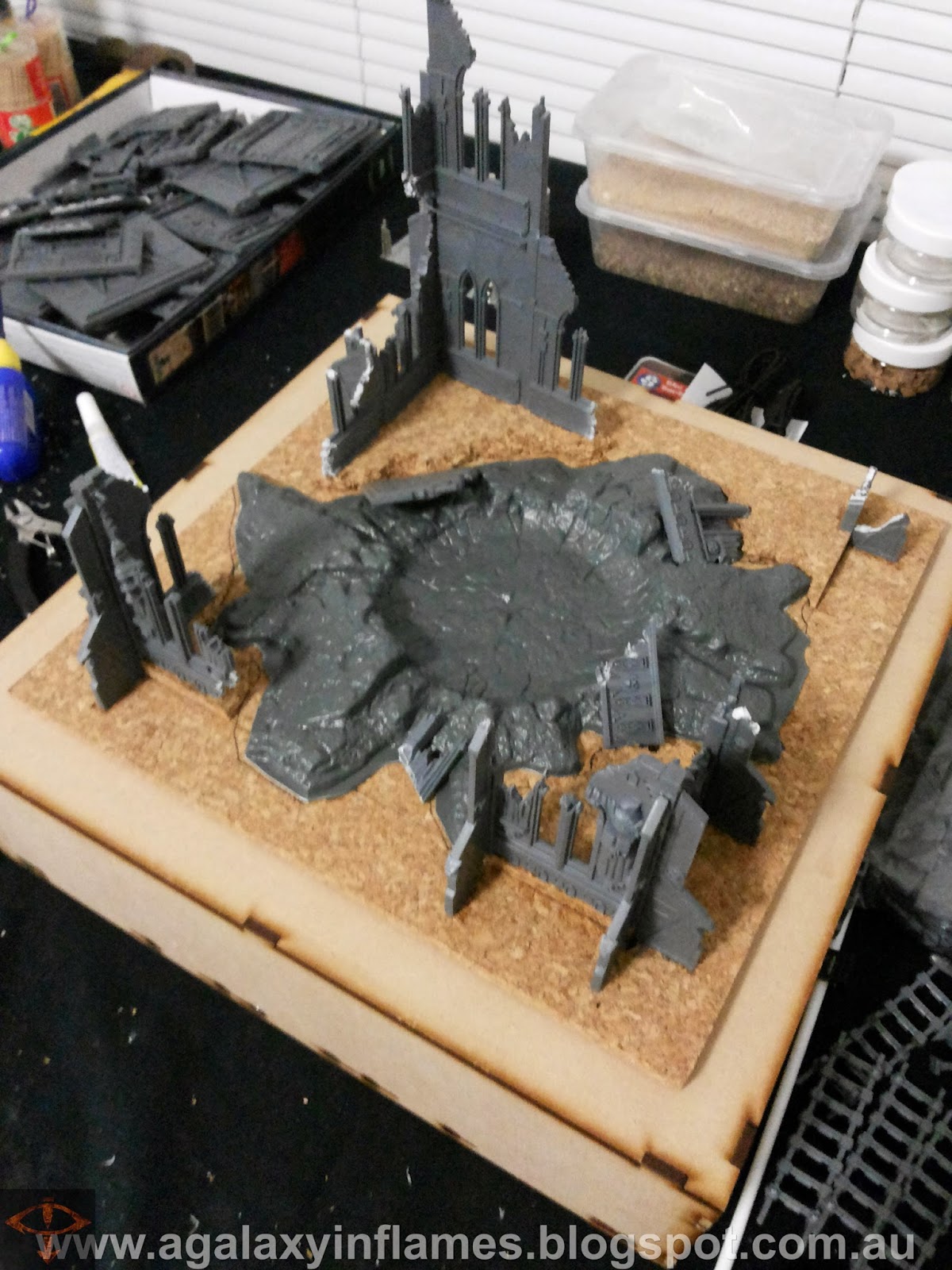 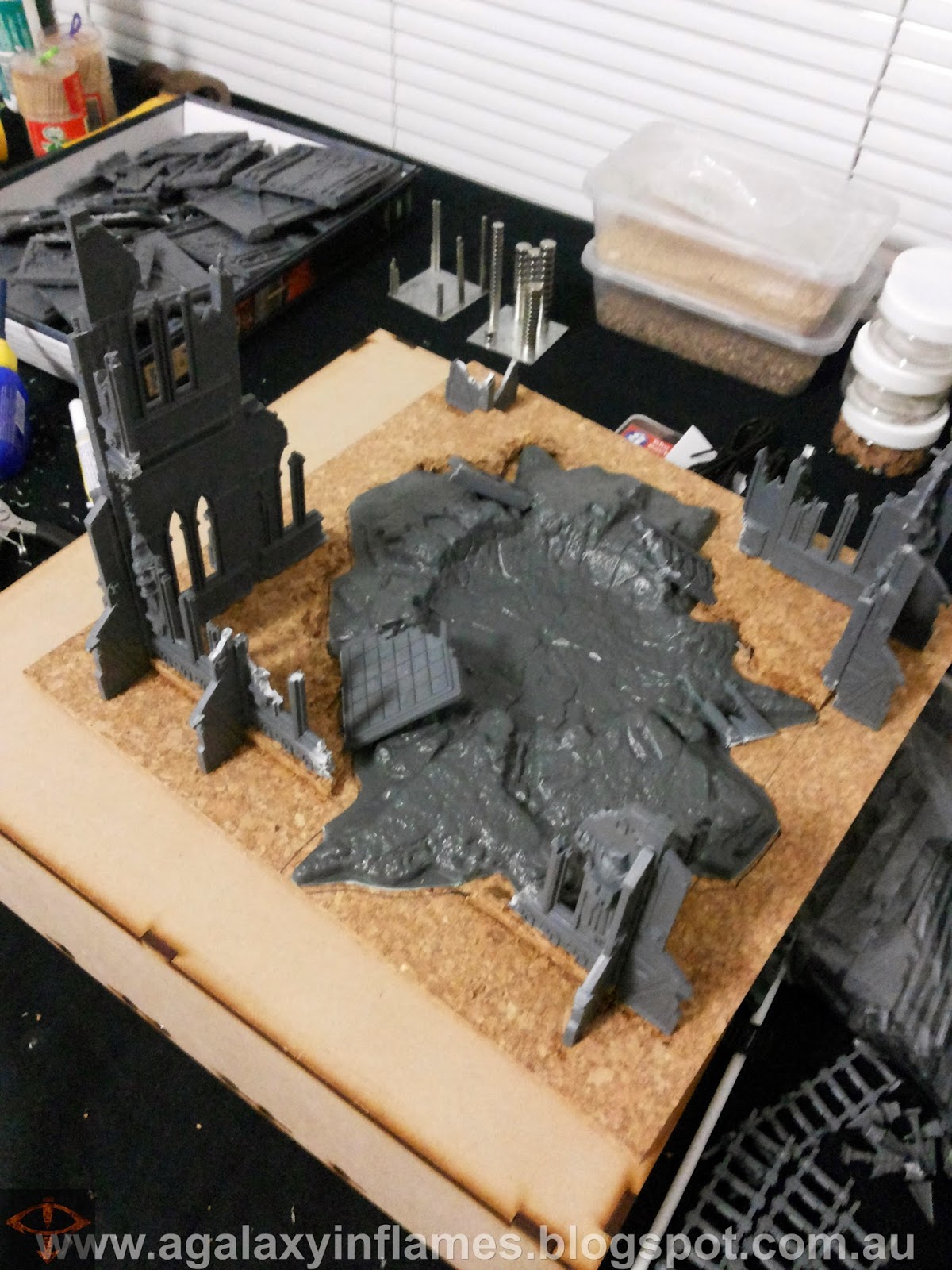 A little bit of rubble and hey presto: 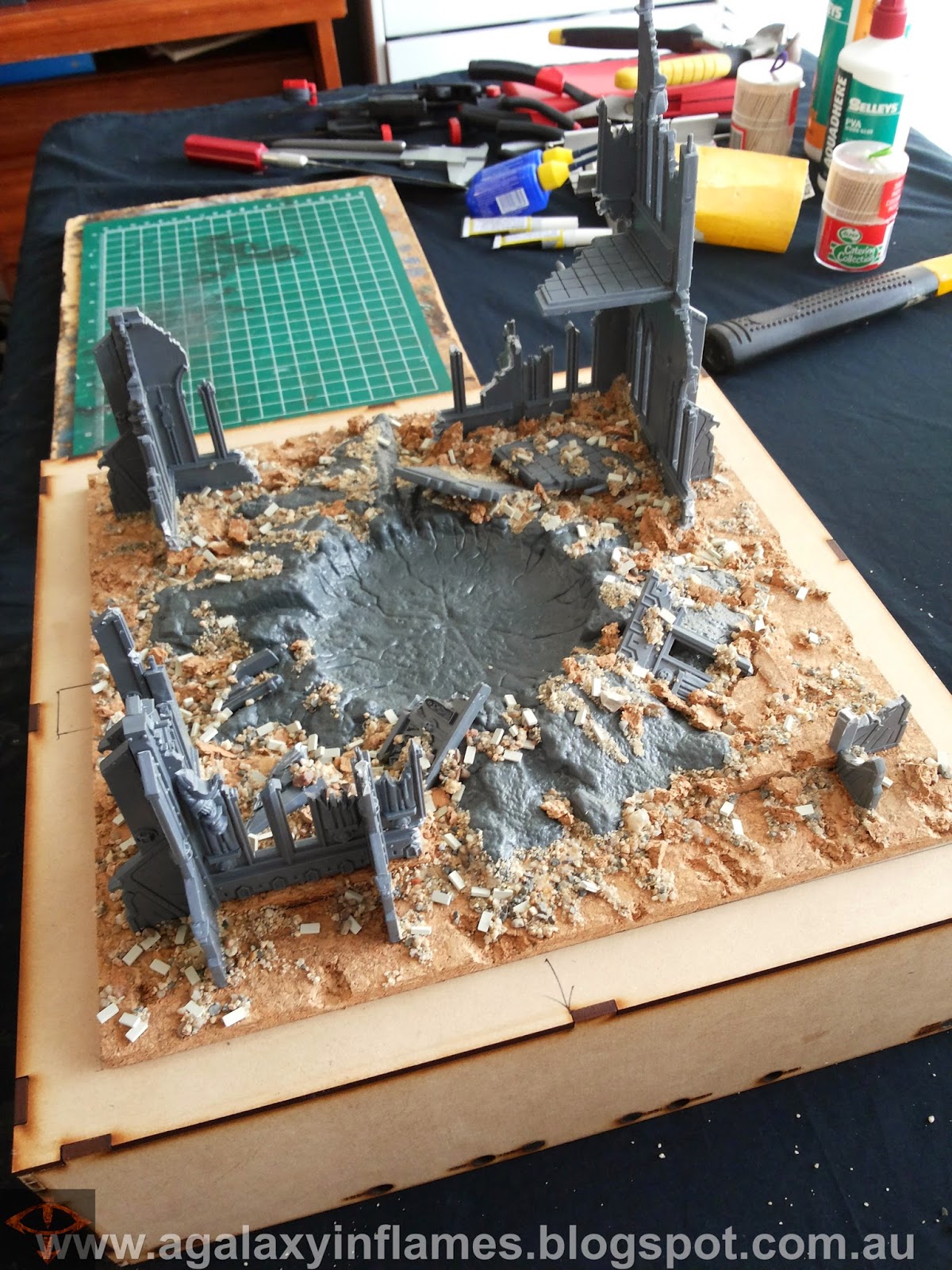 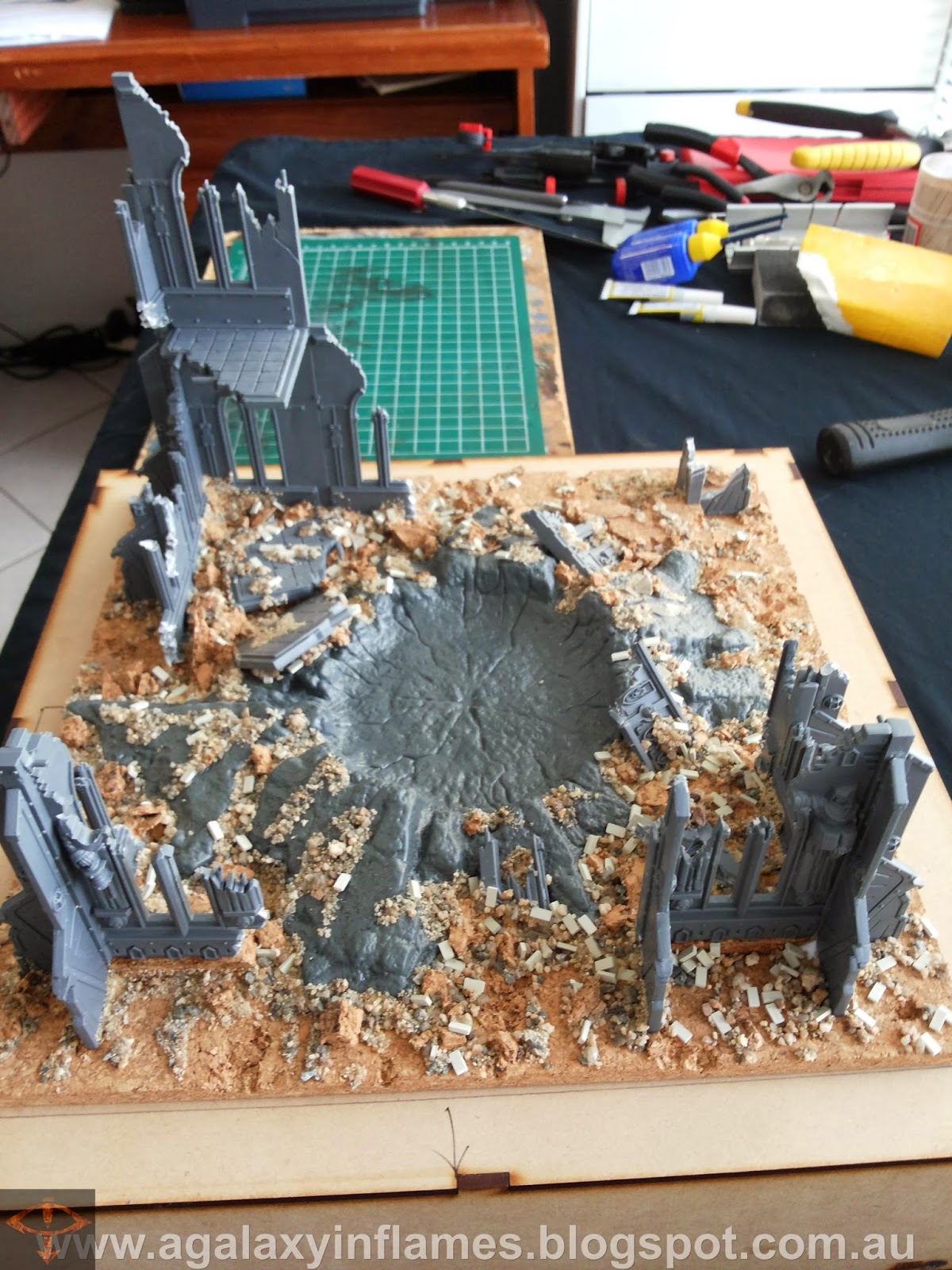 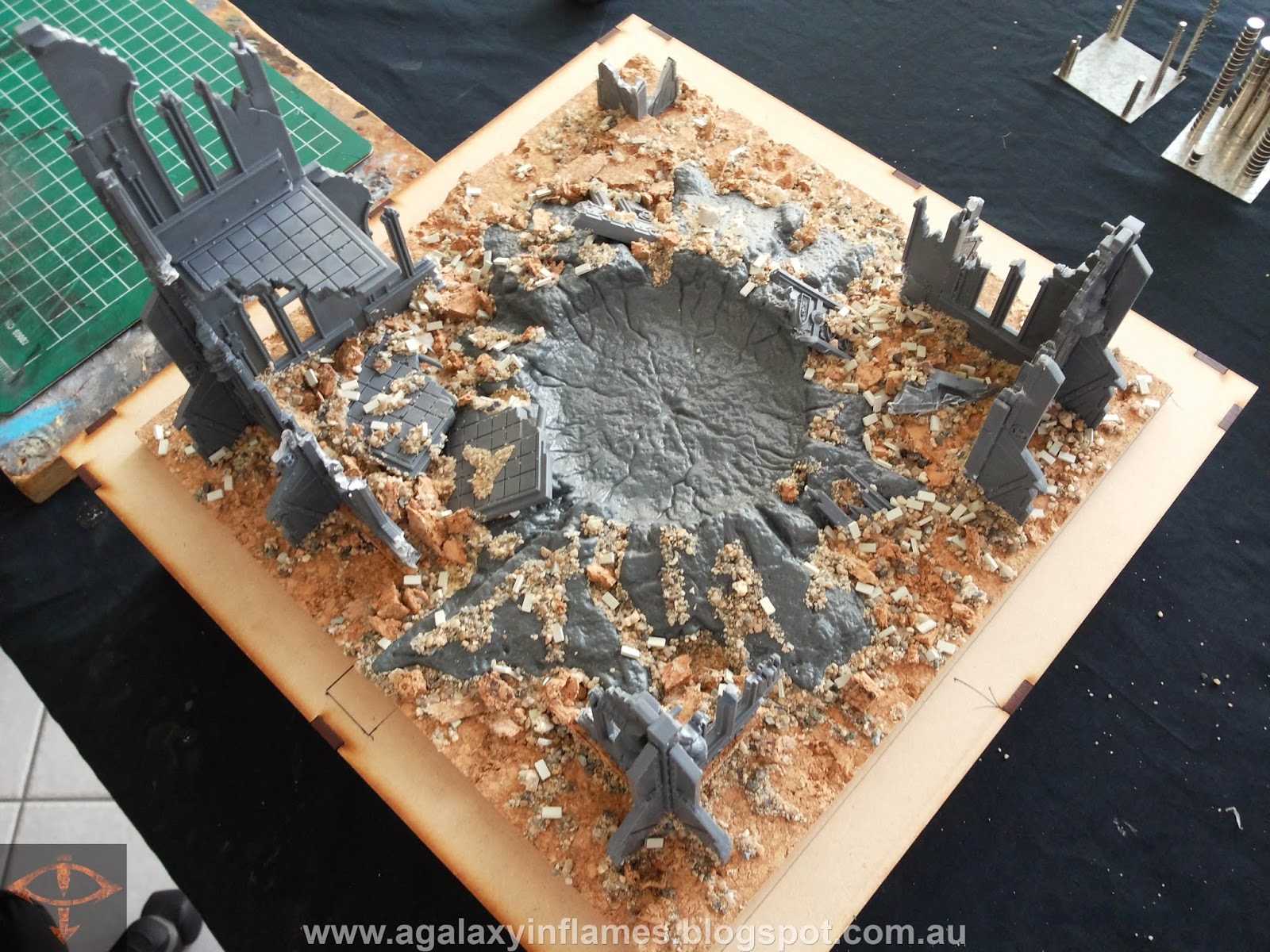 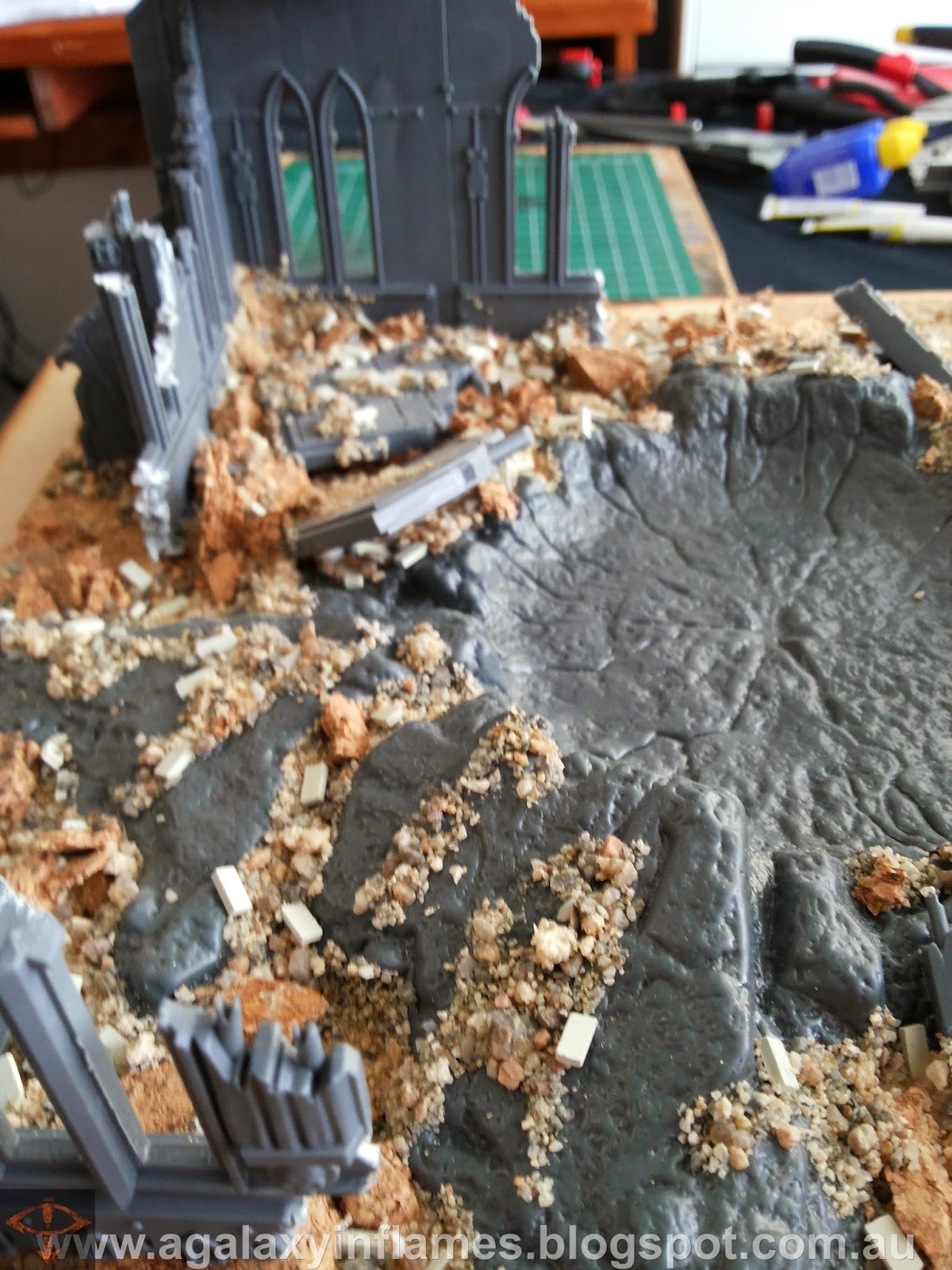 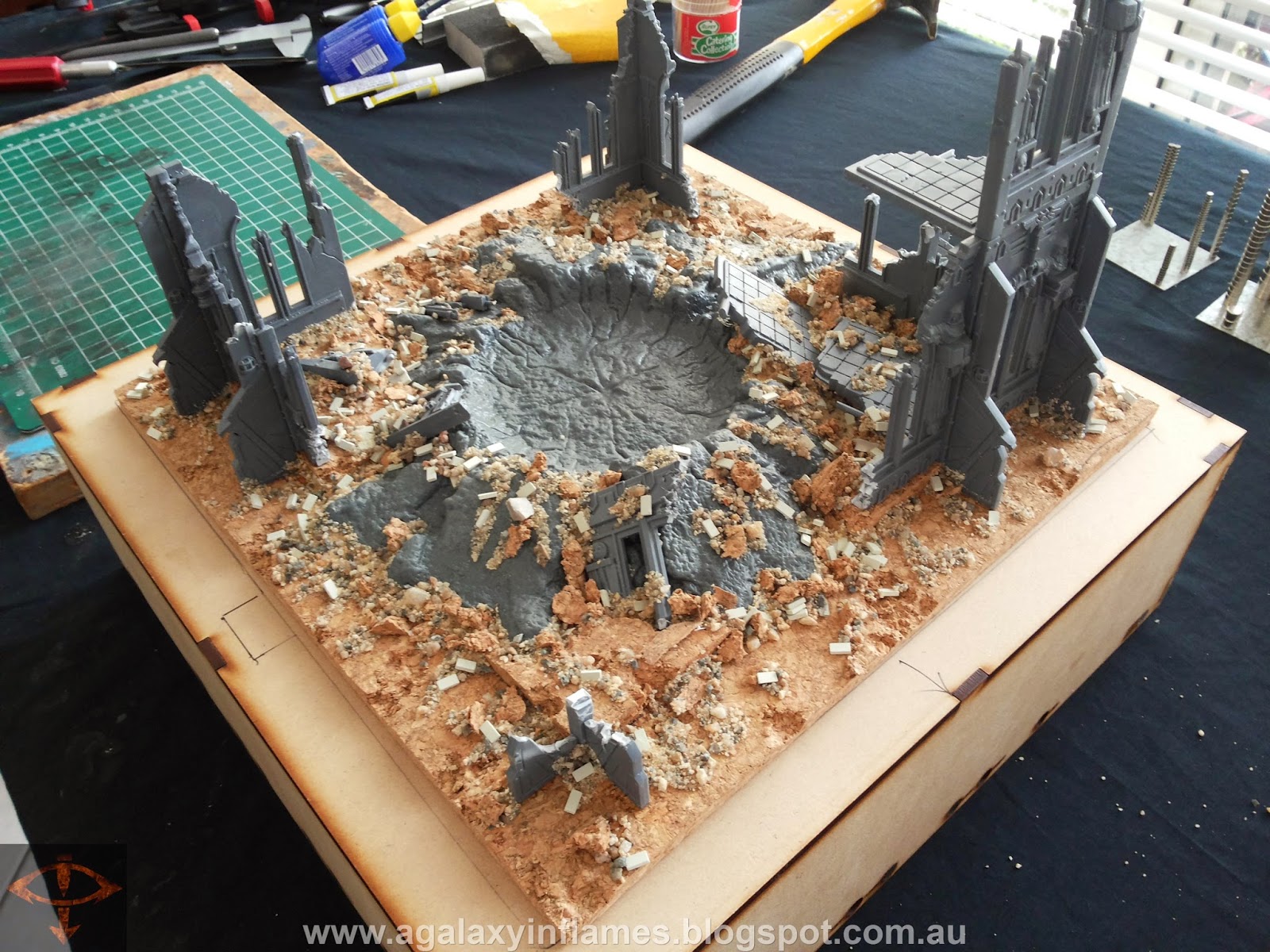 Really happy with how these turned out, they are surprisingly easy to make and look really effective as battlefield terrain.

Well that is all from me for now, it feels great to get back into the hobby and do some posting on the Blog, I really hope you enjoyed this post. As always, your comments and critiques are more than welcome. If you have any ideas or other ways to make destroyed ruins like these, I would be more than happy to hear about them.