So, it finally happened, the rumoured Horus Heresy plastic kit is on its way from Games Workshop. There are a few opinions floating around at the moment about it, and I want to delve into the subject in more depth.

First, some things to keep in mind about me,

-I have been in the Warhammer hobby since 1993
-I run my own engineering/manufacturing business
-I cast my own resin miniatures/bases just as a hobby
-I understand economics from a business stand point
-I have a naturally cynical mind, and it means I am very cautious and like to think very long and hard before I venture an opinion. I don't like being wrong, so if I give an opinion, there is a 99% chance that if you disagree we are going to end up in a long fruitless debate....

Ok, enough of that, onto the topic at hand!

-Games Workshop will provide a boost to the hobby by introducing new and cheap plastic kits, even if it's just a starter set.
-A plastic HH starter set will allow players who are curious about the game, yet daunted by the cost of Forge World, a chance to try out the game and see if its for them.
-Plastic kits are easier to work with and will be easier for less skilled hobbyists to pick up and use. They won't deal with the horror of building a Storm Eagle until later on....
-A plastic kit can also provide a cheap set of rules that would likely be useful to most heresy players, who have to cart a metric ton of books around wherever we play.

Ok, here is where it isn't dot-point easy anymore... you see, the negatives are 'what ifs' and they mostly have to do with GW's continually flawed business model, poor ethics, and their seeming contempt for the very people they make miniatures for.

So, I will try and answer via a set of questions either directed at me personally or that I keep seeing floating around on forums. Think of it kinda like an FAQ/Errata.

Q: Is this just Games Workshop trying to jump in on Forge World's 'cash cow'?

A: Yes. Quite simply, Games Workshop is going through some changes at the moment, trying out the Age of Sigmar (please don't bring that cluster up in the comments) and this choice has upset the boat. I know this is a 30k blog, however it directly affects the hobby overall. Fantasy was dying a slow death, no matter what GW did, they weren't generating sales, so they made a choice: they knowingly infuriated the old guard aka the players who have been with it for a while but who rarely purchase as they have full forces by destroying their world, and their fluff. They did this not out of contempt or spite (no matter how one might feel) but because a new and simple setting was viewed as a way to bring in fresh blood. This tactic has been surprisingly successful, and apparently has generated renewed interest in the Fantasy hobby. Games Workshop however has had some bad times financially, and even the experimental Age of Sigmar isn't enough to dredge them out of the sludge. So, where do they look?

Q: Does Games Workshop know what to do with the Heresy?

A: No. Games Workshop has maintained an uncanny ability to miss the point since the late 90's. They understand that people like their models. They understand that people like their fluff. The problem is that GW doesn't understand WHAT it is that people like about the setting. This is what has led to an ever increasing range of derptacular miniatures and equally poor fluff. Forge World's design staff are incredibly invested in the hobby, they engage with the community, they are on Facebook pages, they attend events, and they make an incredible effort in the area of writing both rules and fluff, two things that Games Workshop doesn't do. Call me cynical (I am) but Games Workshop reeks of committee thinking whenever a codex or rulebook is written. Forge World seems to be mostly written by fans, for fans. There's no violent fluff violation going on, they also leave it open to a player's interpretation rather than say black and white 'here is what happened' unlike, say, Matt Ward's works.

Q: Will Games Workshop make other sets for the Horus Heresy, not just the sprue of MK IV power armour and a command sprue?

A: Probably. The kit would likely sell quite well in the Americas and Europe, where plastic kits from GW are much cheaper when compared to resin, whilst the kits will conversely sell more poorly in the Pacific region, where Games Workshop likes to double costs because... well, they can.

Q: What will Games Workshop's models for the Heresy be like?

A: You've already seen them. Snap-fit characters that are a pain to convert, and multi-part complicated infantry. If you ask me, this should be the other way around, a command set should have at least detachable arms with multiple weapon options, whilst the infantry really only need to be simple line troops, where snap-fit construction would be most useful. This is because GW is intent on making horribly hard to convert snap-fit characters, who often wear cloaks (which they did yet again on this sprue) and who are practically set in stone. Worse yet, if they move towards making units which are their own invention, not Forge World, they will probably derpy. I will now cite my favourite examples of GW derp: 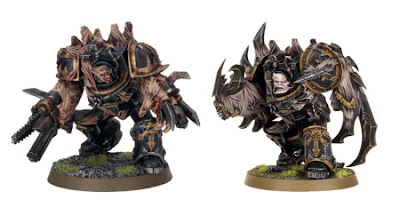 It is notable that Games Workshop's new MK IV armour sprue comes with all the options for a tactical squad as per 40k, not 30k. I'm not sure what this means. Also, a plastic MK I Rhino won't happen. A plastic MK I Land Raider won't happen. They DID happen 20 years ago, but the current MK III Land Raider and MK II Rhino are good kits, in good condition. I can foresee more variants of these vehicles, but I highly doubt a true heresy tank kit will be produced. I would be more willing to put money on Games Workshop trying to shoe-horn in some of their 40k range into the heresy instead, such as the Stalker/Hunter rhino, the Razorback, and probably Centurions, even if they don't aesthetically fit.

Q: Will Games Workshop take over the Heresy from Forge World?

A: No. I highly doubt that they will. The quality changes to the product would kill the cash cow. Games Workshop is trying to ride on the hype of the Horus Heresy, and they can simply produce their own kits and basic rules, all whilst Forge World does the heavy lifting.

A: I honestly don't know. I don't want to think they will, however, they brought out 7th Ed with clearly no warning to Forge World (from memory it came out like a week or two after Book III: Extermination, and it messed up a lot of entries in that book) so I wouldn't put it past them. As I noted earlier, Games Workshop doesn't quite understand what it is that people enjoy about the fluff, or the rules for their game, and they seem to flail around trying to hit at an idea. Now I'm all for changing rules and experimenting... just you have to actually playtest them and get active feedback (aka the Mantic approach) otherwise you just end up with something that the developers love but the fans scratch their heads over.

Q: Will Games Workshop release Primarchs?
A: No. They wouldn't sell enough for it to be financially viable in plastic. You'd be lucky to sell one per army, and only a few die-hard collectors like me would buy the whole range. The fact that Forge World produces incredibly high-quality versions of these models already means that Games Workshop already has it covered. Further to this, the price difference would be negligible, unless GW suddenly decides they've stopped loving money. Why do I say this? Their decade old Nurgle Daemon Prince model is $62Aus, whilst Forge World's Lorgar is ~$110, comes on a 40mm base, has a 60mm display base, and is as large as and far more detailed than even said Daemon Prince as well as not being finecast. For Games Workshop to release a plastic snap-fit Primarch, I wouldn't foresee it being any less than just $20 cheaper than a Forge World one.

Q: How much will it cost to buy the box set?

A: Similar to any other similar starter-type set from Games Workshop, but far more expensive than it should be. Cynical? Yep. Games Workshop neglects that fact that you have to make your hobby seem like a bargain in order for people to be attracted to it, and this starts with the starter set. You only have to look at Fantasy Flight games business model to understand how to do it right, cheap starter set, enough minis to play a game, endless variety of cheap kits with EXACTLY WHAT YOU NEED in them.

(Here I will go on a slight rant. Be warned)

GW: Lets make kits with extra bits, but, we'll never give the gamer all the bits they need. You want 2 grav guns in your squad? The squad only comes with 1, buy another box just for that one weapon. We'll justify it as saying they now have a whole squad of 10 men worth of spare bits that they can sell on if they like. Bargain right?

Fantasy Flight Games: Lets offer them a B-wing. You want 2 aces and a rookie pilot? Done. You want markers as well for that vehicle? Done. It's all in the box with the pre-painted cheap miniature. 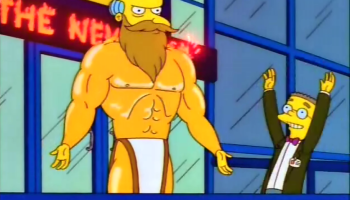 I am sharing my opinions, based on having viewed how GW has operated for 20 years, not just as a hobbyist, but as a businessman. I don't have any 'facts' to back my claims, and I don't want to present them as facts either. Wait. Yes I do. Why? I'm really confident that this is how it's going to play out. The history of Games Workshop speaks for itself, the positives are there, but the negatives are too. If you want to know why I focused more on the negatives than the positives, it's because the positives work, they are simple and don't need extra clarification. They just are what they are.

If you agree/disagree, I really REALLY want to hear from you, so please, comment below, or on our Facebook page, or via a Facebook PM if you are shy.