So, a quick update. I have finished building two tactical squads, in MK IV, as well as a new Consul. 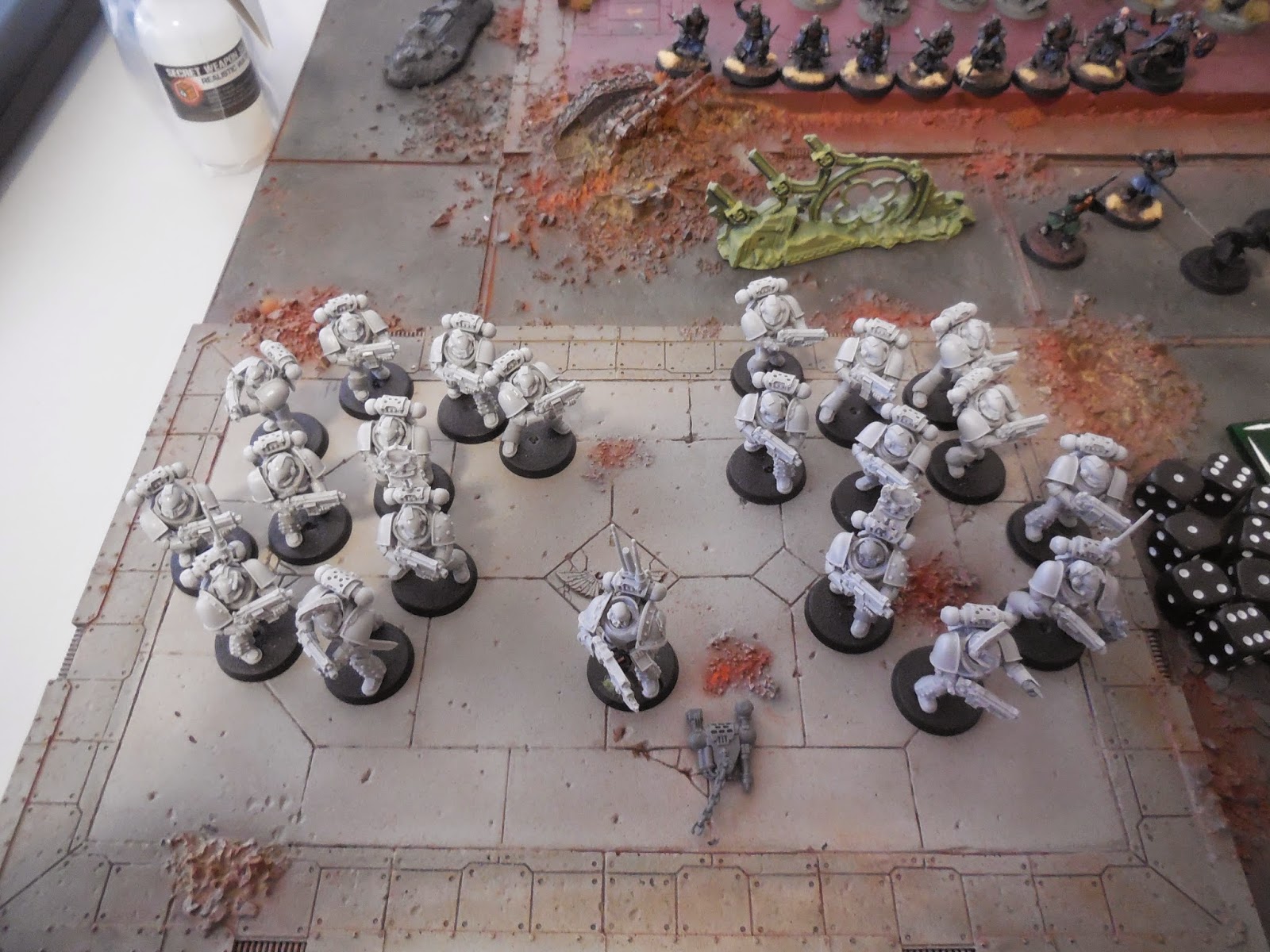 Squad one. The Vexillia is actually pinned, with a steel rod replacing the resin one, as it's far too flimsy. 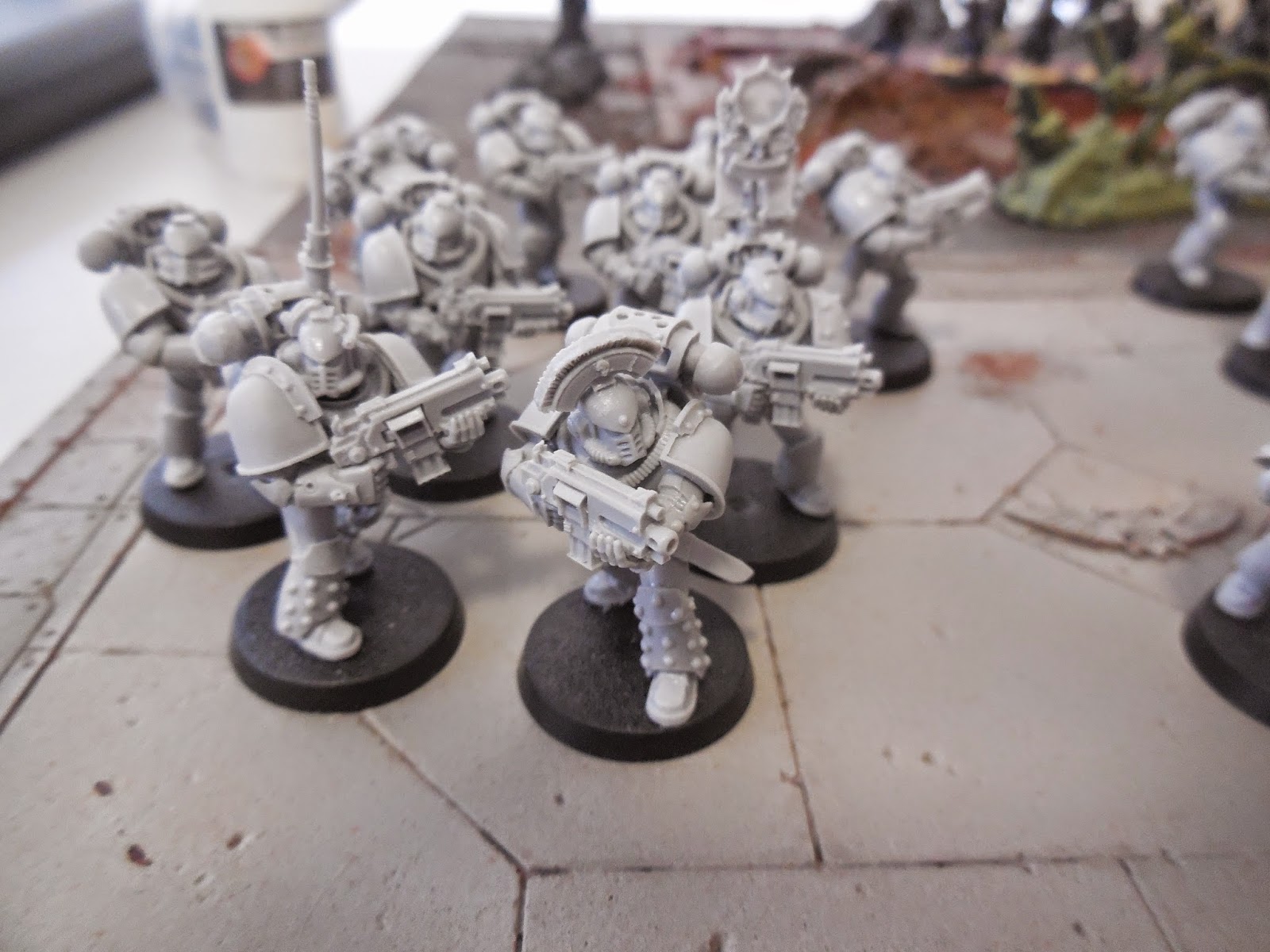 The same goes with squad two, I also used a few bits of plastic to embellish this squad, with an Auspex on the squad signaler, pointing Sergeant, and bionic eye Vexillia bearer. 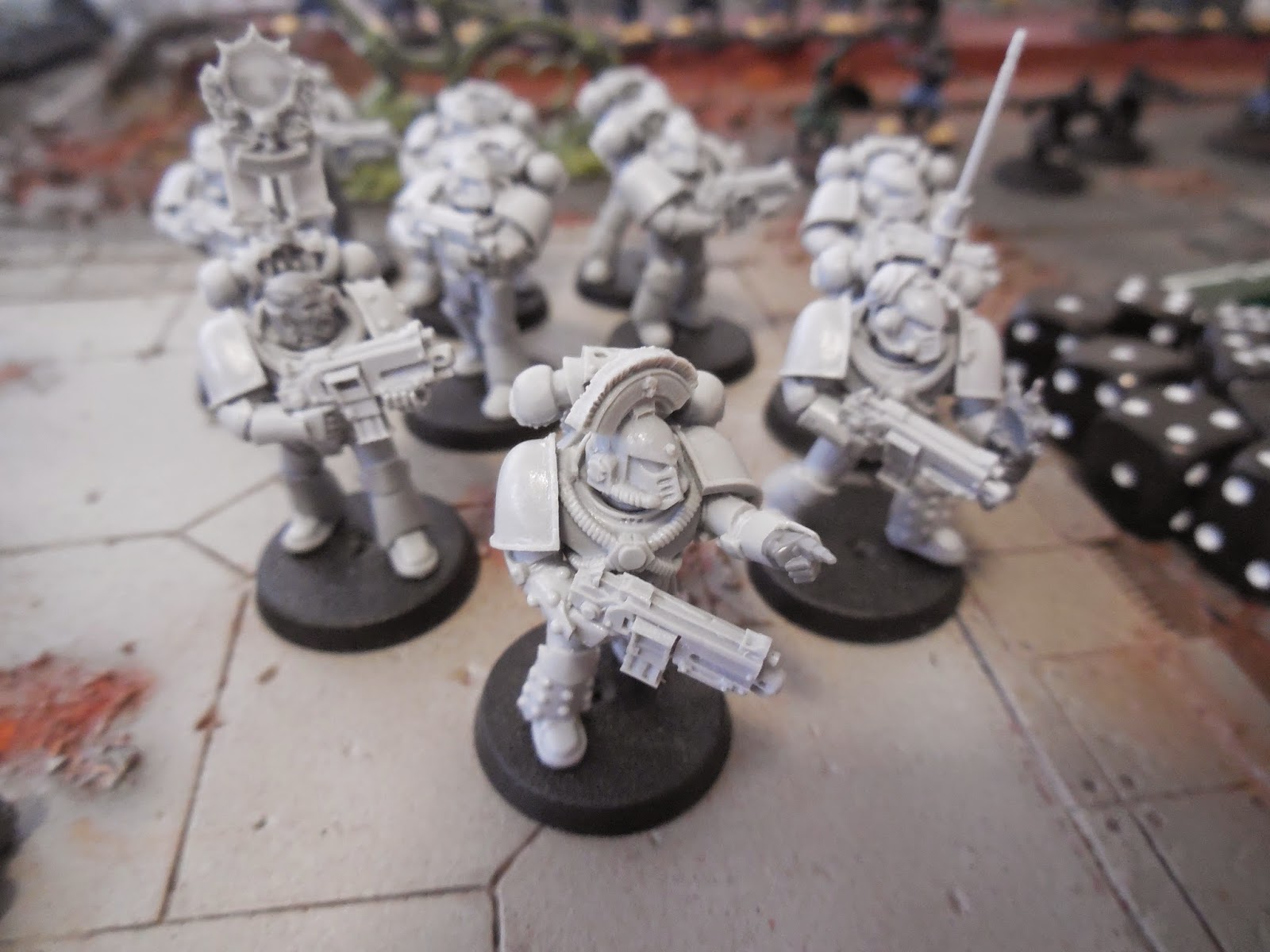 The new HQ I created is both a Primus Medicae and a Master of Signals. I have kept him quite basic, with stock wargear. This is because I don't really care about the in-game performance. 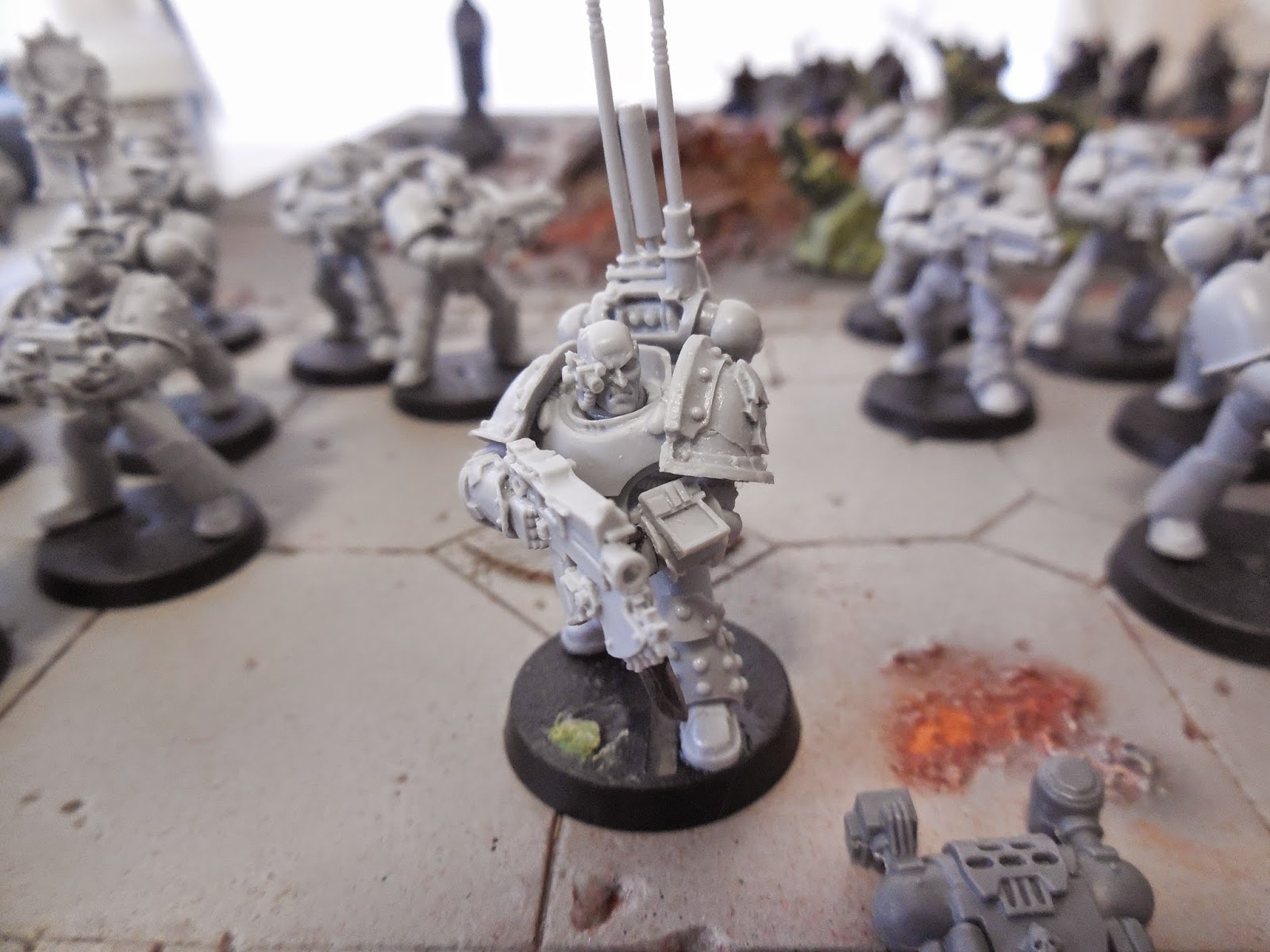 The way I make my MoS is to combine a recon signal antenna with a signals pack. It looks very signally with the 3 antennae. The medic pack is just a regular plastic one. 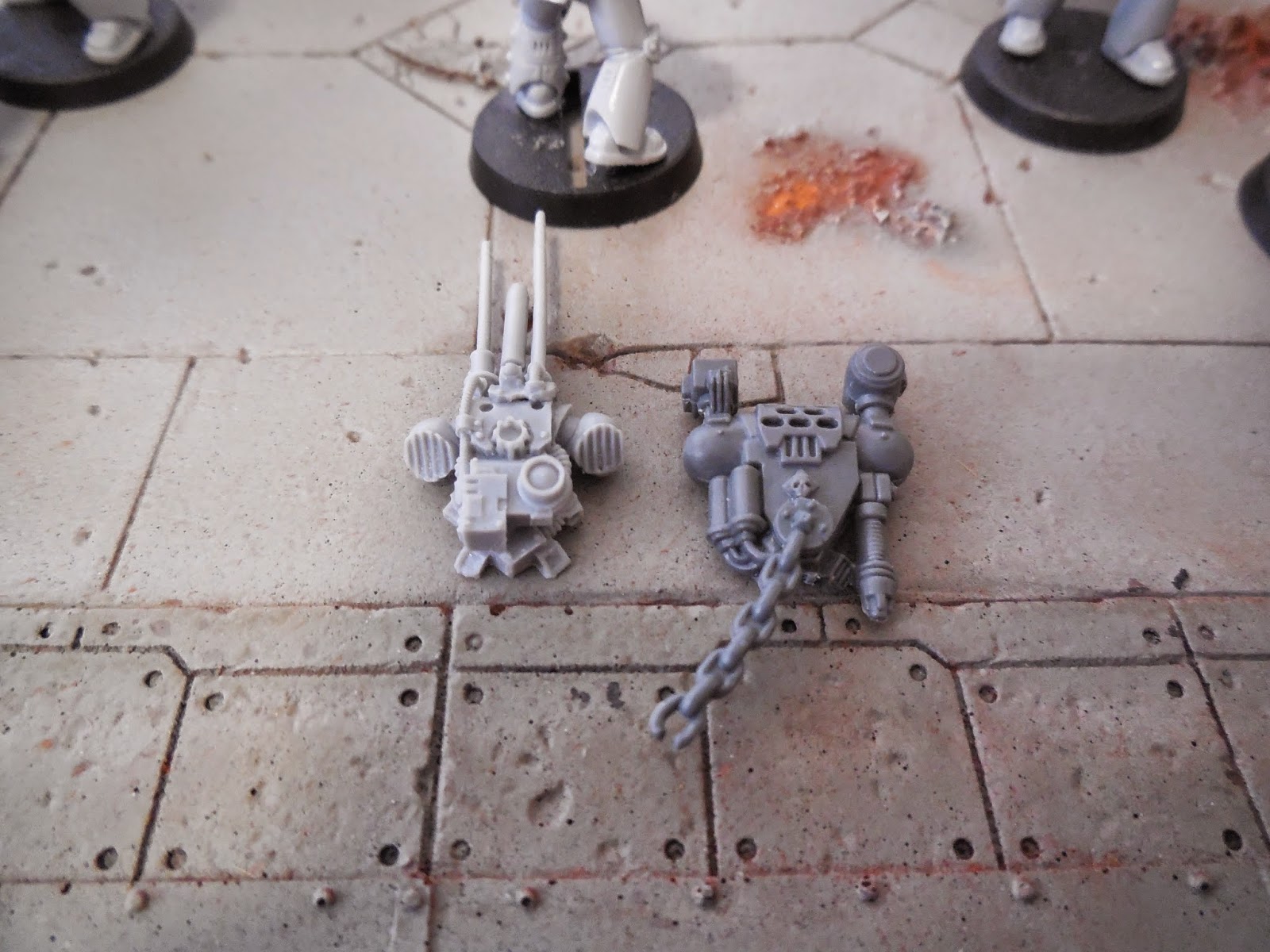 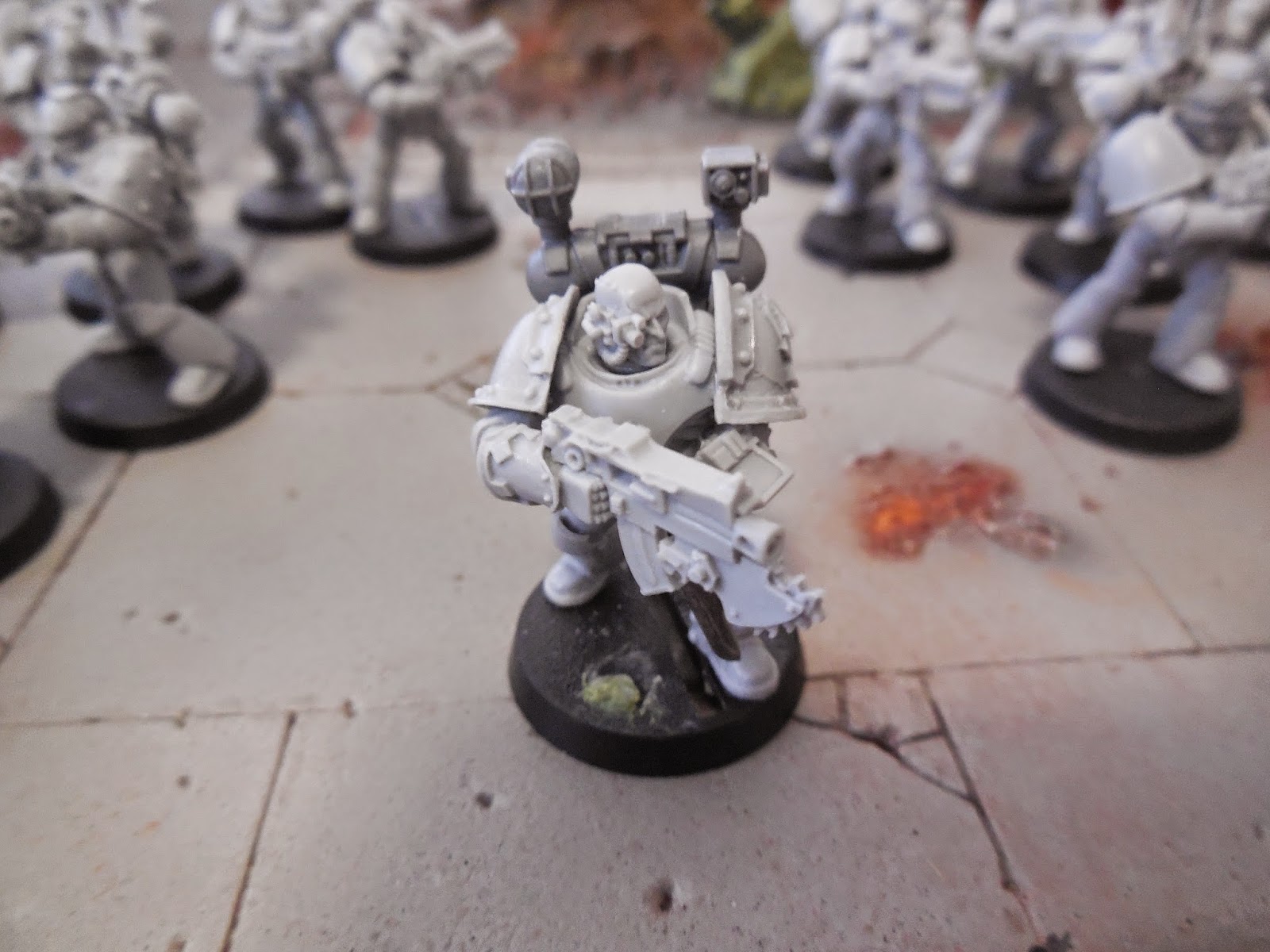 I also have attached a small screen to his wrist, in much the same way as I attached one to the 'smart-bolter' on my Tyrant Terminator Siege Master. 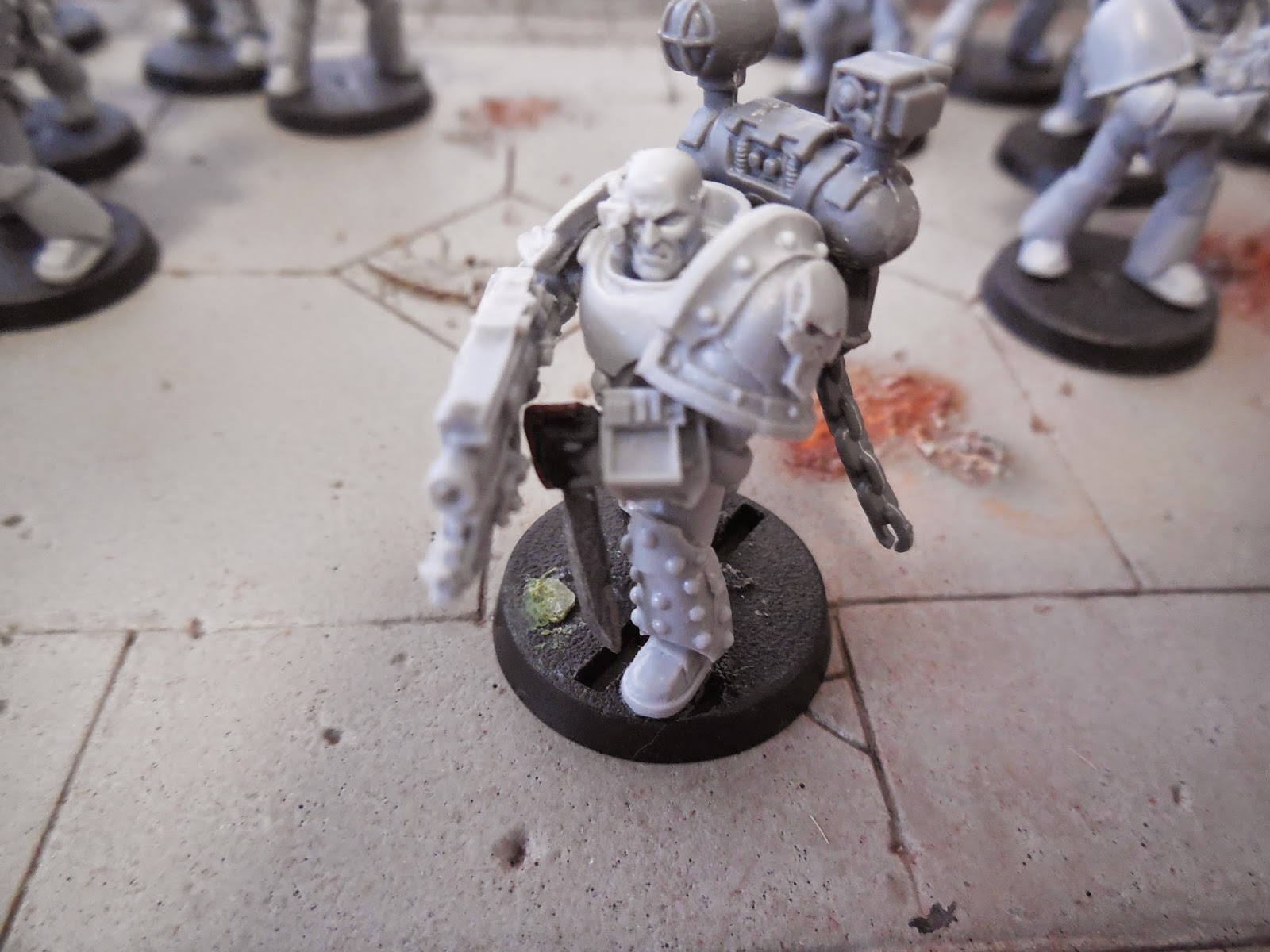 So there you go, a short and succinct post. The bases used here are just temp until my plastic 32mm arrive.