So, part 2. This was a very fun project, which I literally smashed out in two afternoons. Normally I wouldn't paint so fast, but I was REALLY keen to get these guys done. They are only to a table-top standard, but I'm pretty happy anyway, and I can always go back and add some more details at a later date. So, on with the show huh? 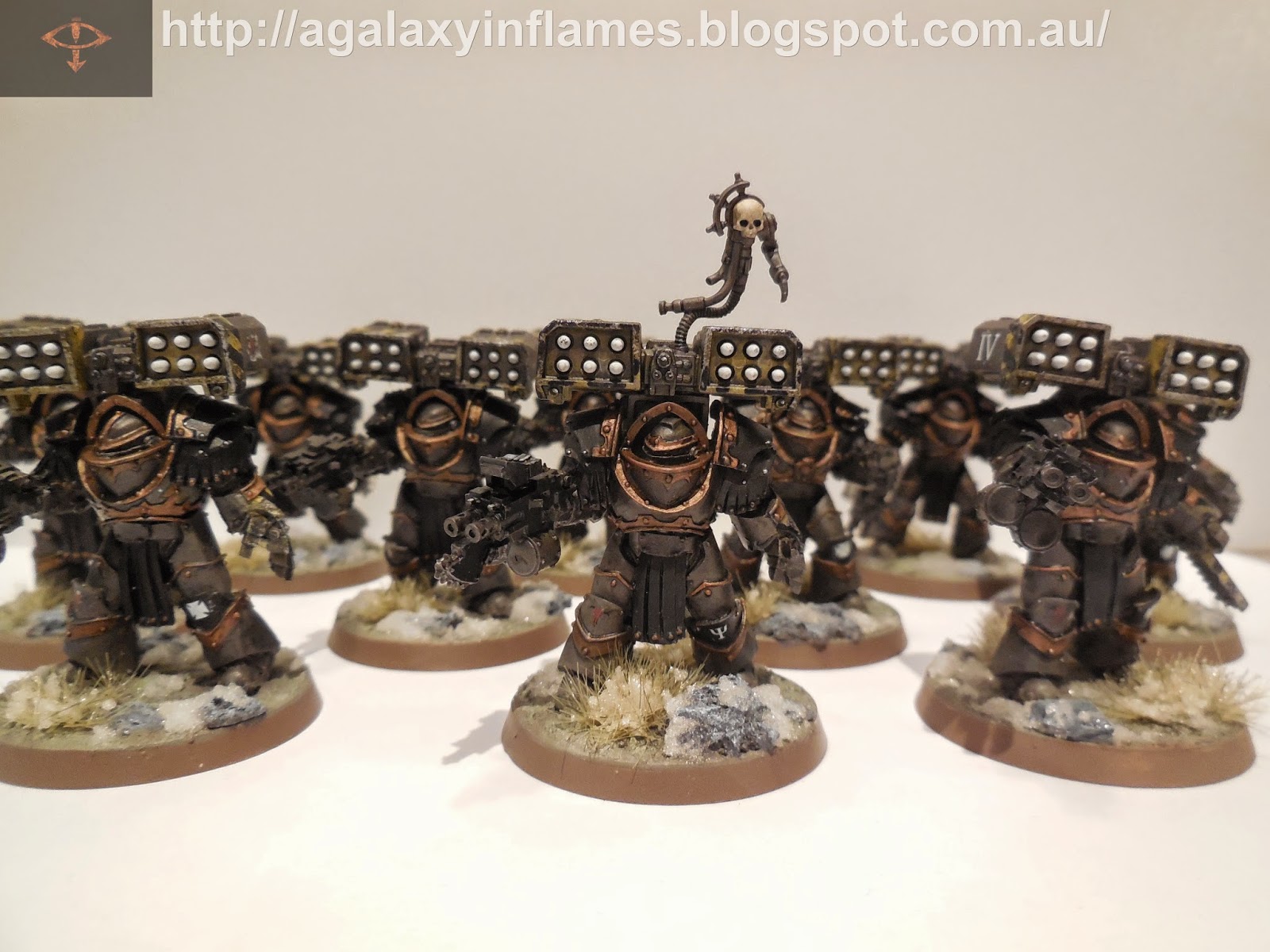 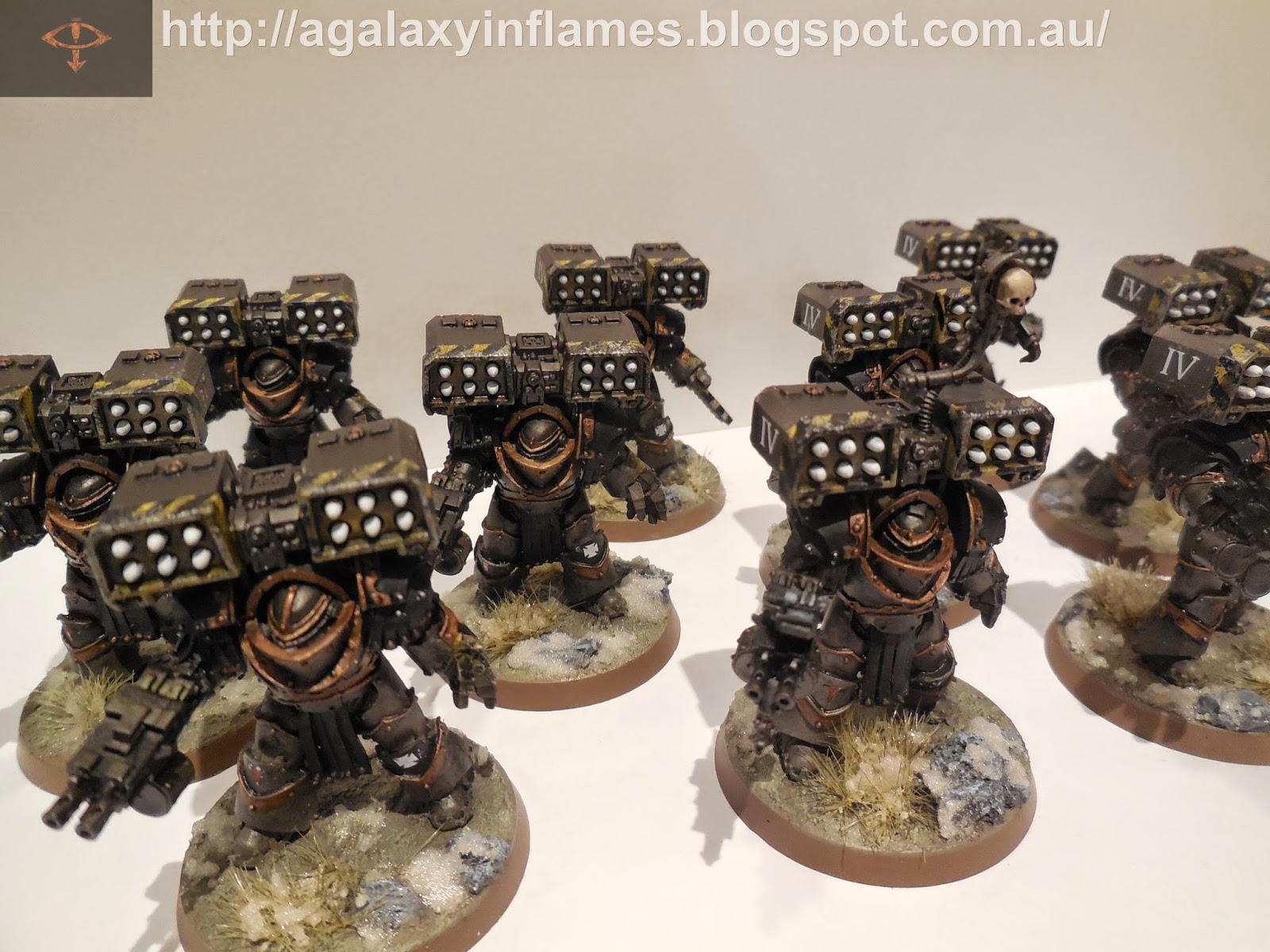 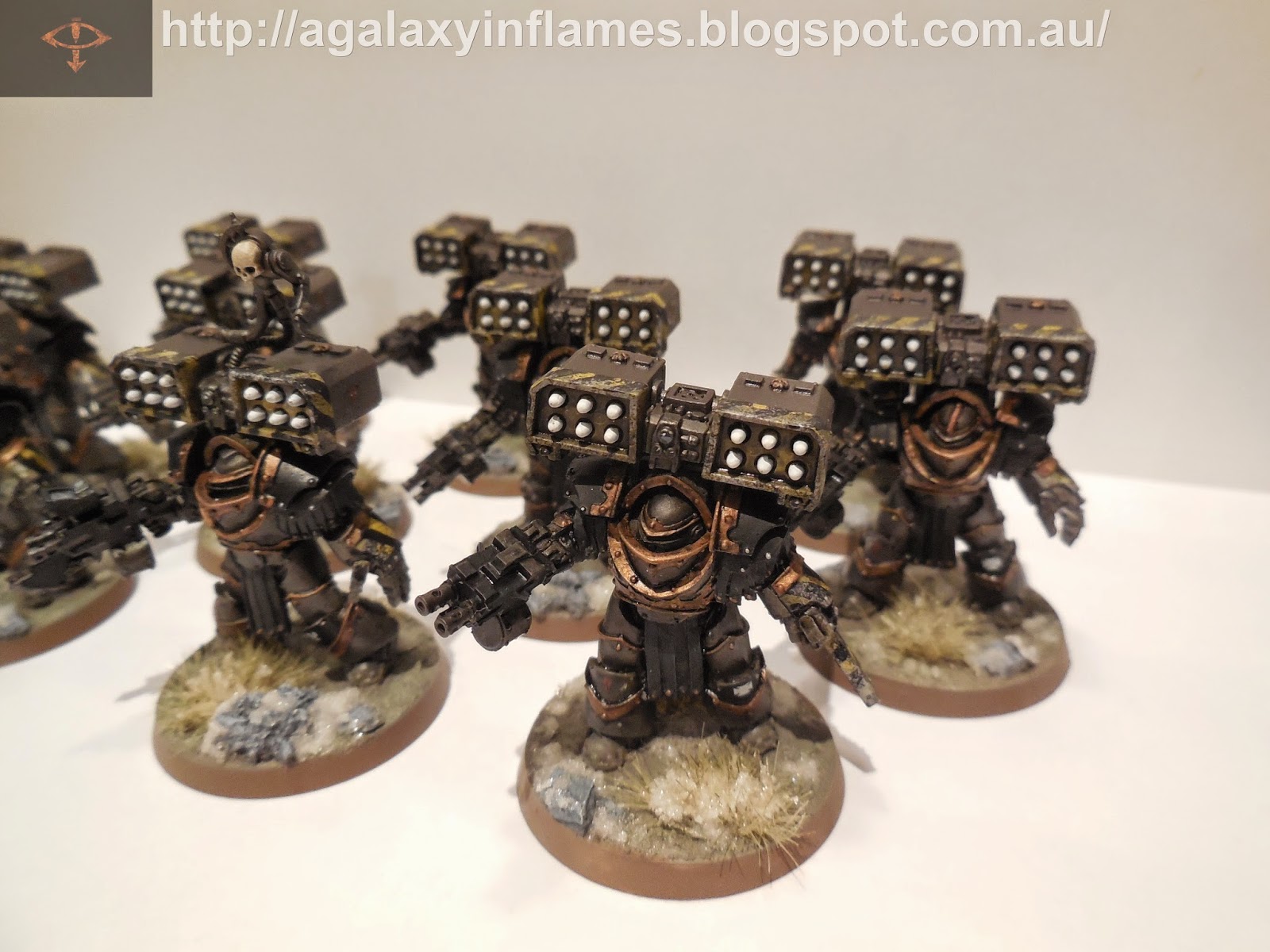 I have used the minotaur symbol again, on the left side of the Cyclones and on the right knee pad. The Minotaur guarded the Labyrinth of King Minos, now these Minotaurs guard Perturabo's. I also did quite a bit of chipping and weathering on the hazard stipes, as I think it suits them being more damaged as line troops. 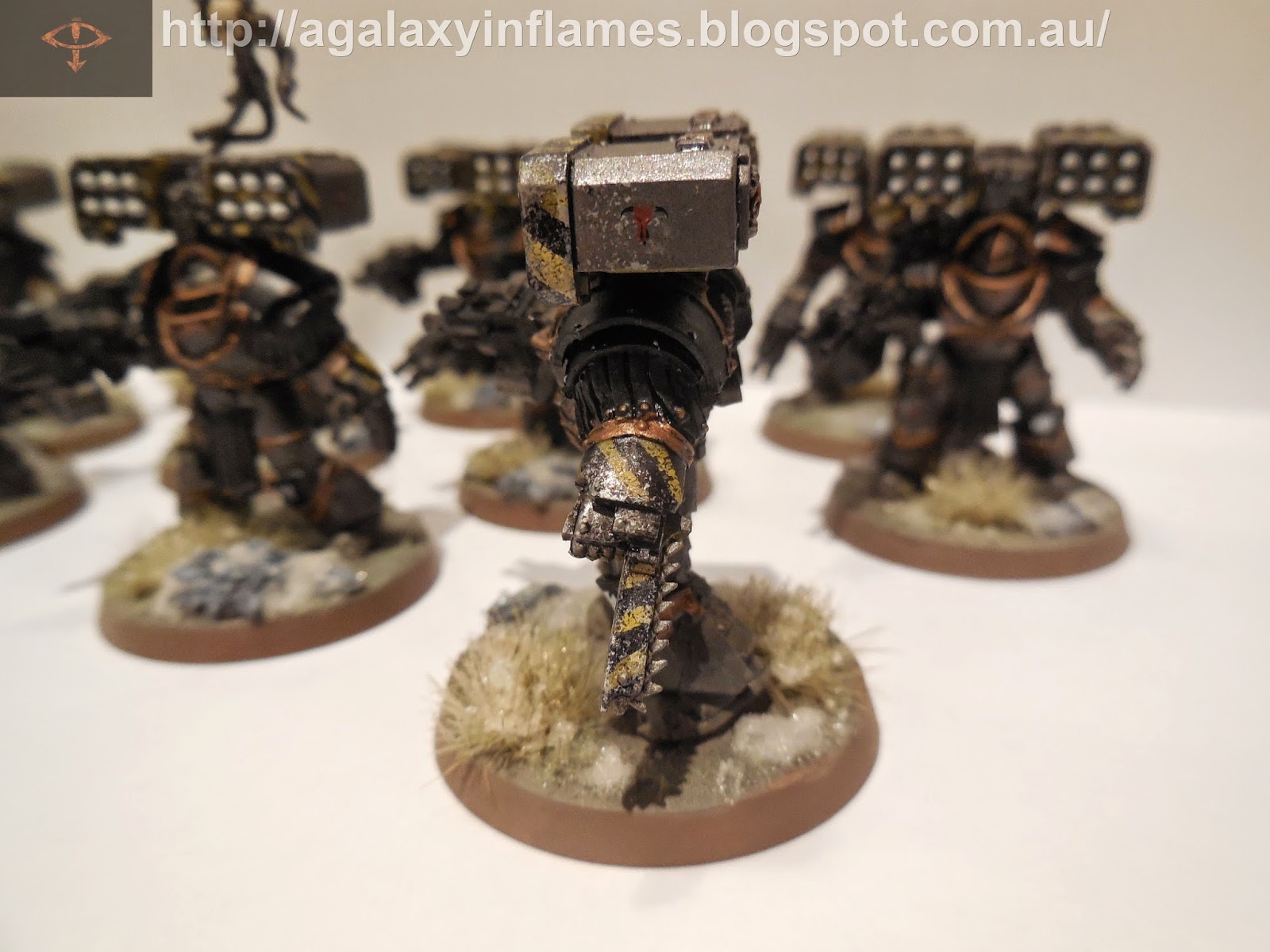 Again, with markings I have the IVth Legion marking on the right hand side of the cyclone. The old decals I used for this did not apply as crisp as new ones, possibly as the material is thicker. In any case, it was a disappointment to me. I won't hide it because it is what it is. 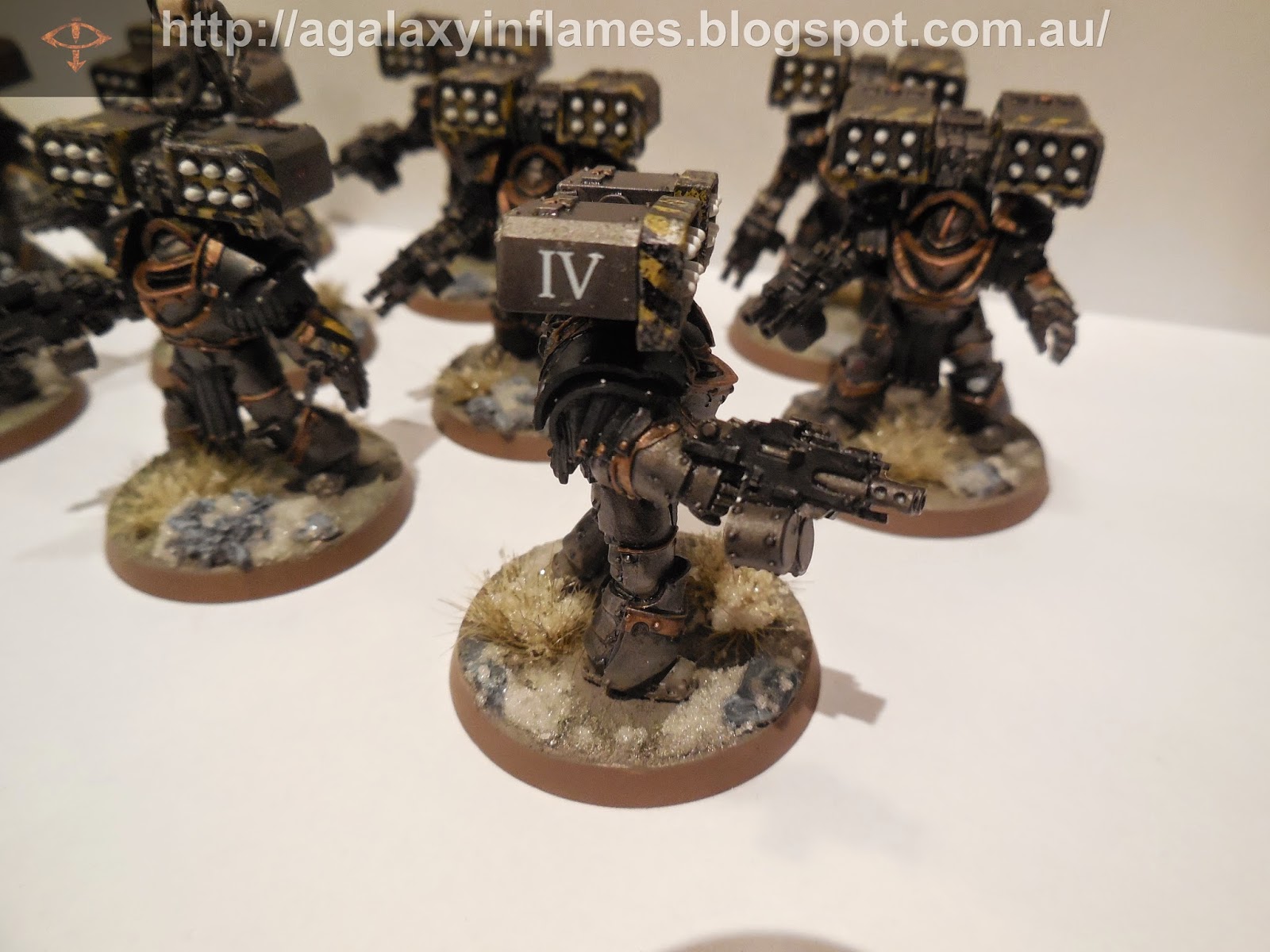 Now, we get to the snow effects. The rock on this base is actually cork. I used the method which Toby highlighted in his tutorial to create them. Find that one here.

As for the snow effects themselves, I used some Secret Weapon products, and Mr Justin himself gave me a few pointers as I had not worked with this product before (props to him for taking the time to chat with a nobody when he is busy running a business). Overall, I'm VERY happy with the snow, as I want a slushy eve-of-spring look. His video tutorial on this effect can be found here, and the product itself here, for those who are curious. I do highly recommend this, as the results I got were easy to achieve and look pretty good for a first-time out. 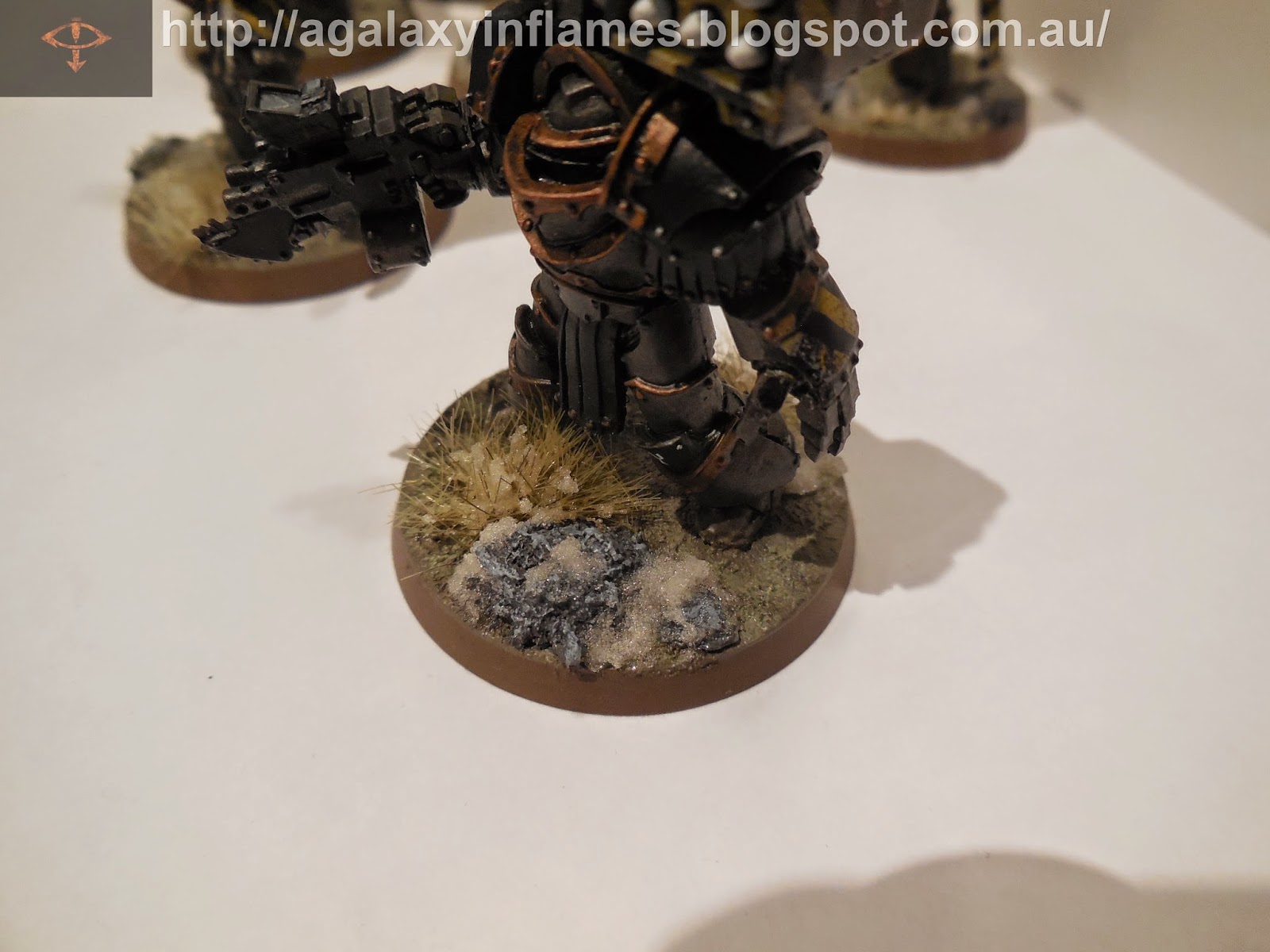 Lastly, here's a pic of the Siege Master's 'smart bolter', representing his omni-scope. I do apologise for the dark photo, in person the screen is a grey-blue and the lines on it are near-white. As it's overcast here, I have failed spectacularly with my camera to capture the image. (Until my new macro lens arrives for my good camera in the next week or two.) 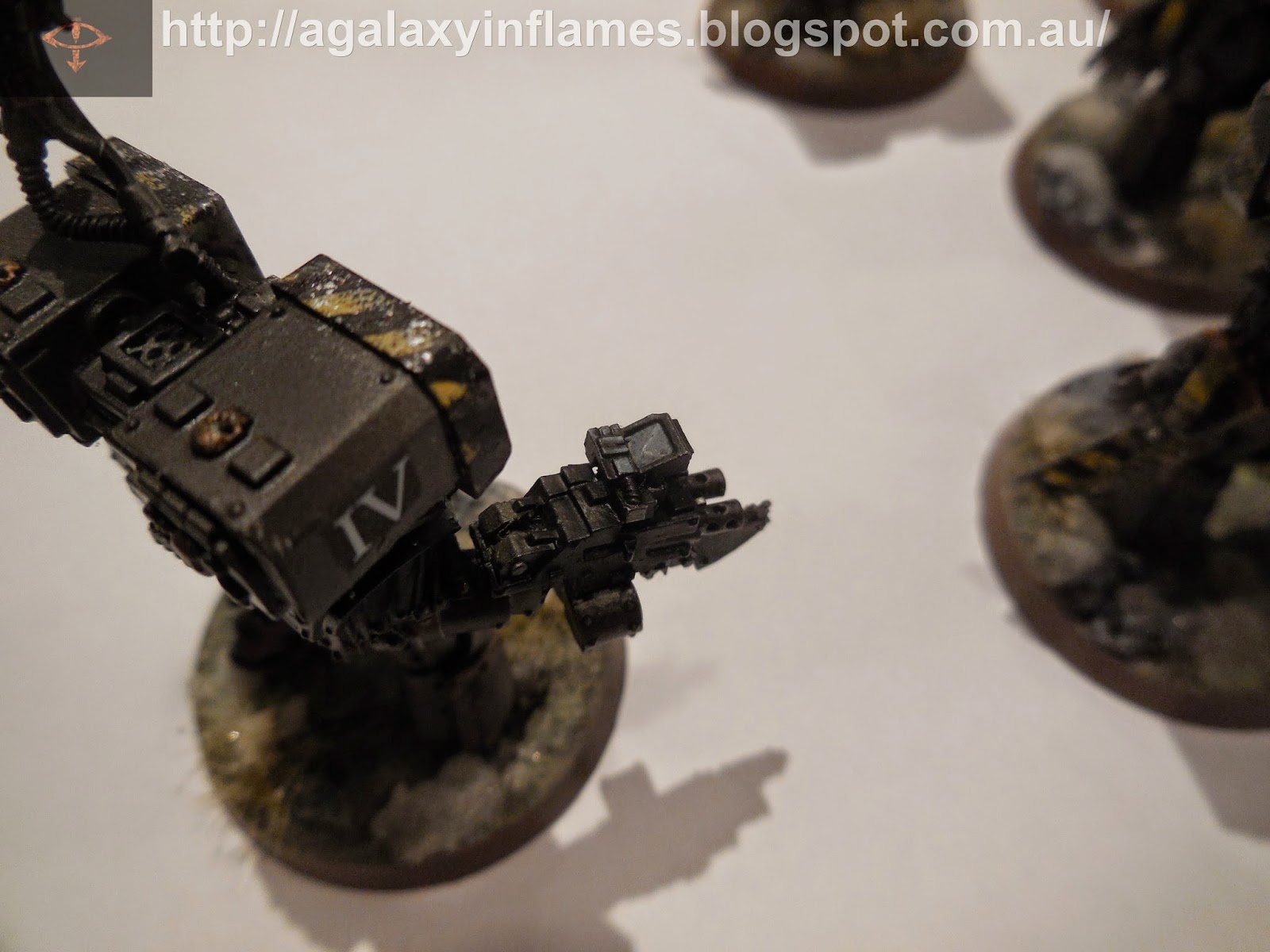 So, what do you think? Let me know if you like or dislike my 10-hour Tyrant painting efforts,