Greetings folks! Macca here with an update on the Iron Warriors, but first, some quick info.

I'm moving! Yes, as my partner has got a new job, her and I are moving to sunny old Ballarat. This is where I chime in and say 'winter is coming'. As a result, I have had to downsize my far-too-large collection, and unfortunately, the Raven Guard have bit the bullet. They were one of the first posts to grace this blog, but they will now find a better home.

Well, anyway, no sooner did I sell those then I brought this next project! Oh, you can only imagine the kind words from my girlfriend when she found out. Needless to say, it ended well haha. Well, the original owner wanted to move ahead with another project, so I brought these off him..... 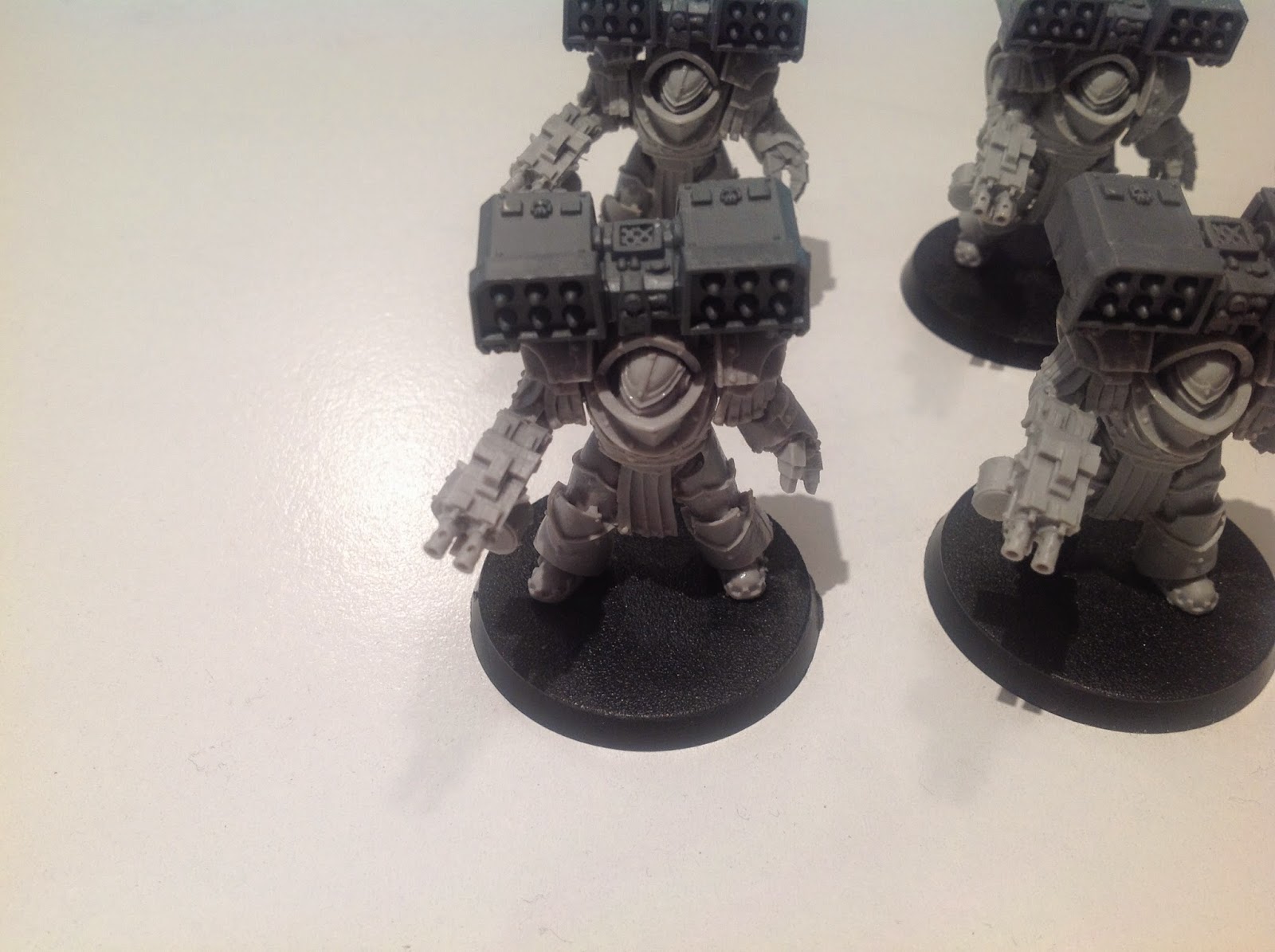 Ten brand new, freshly converted Cataphractii Terminators, complete with plastic cyclones. I had to spend the first hour or so on them just cleaning up mold lines and sprue attachment points, but overall, I'm super pleased with the purchase, as I had been procrastinating about this unit for a long time. 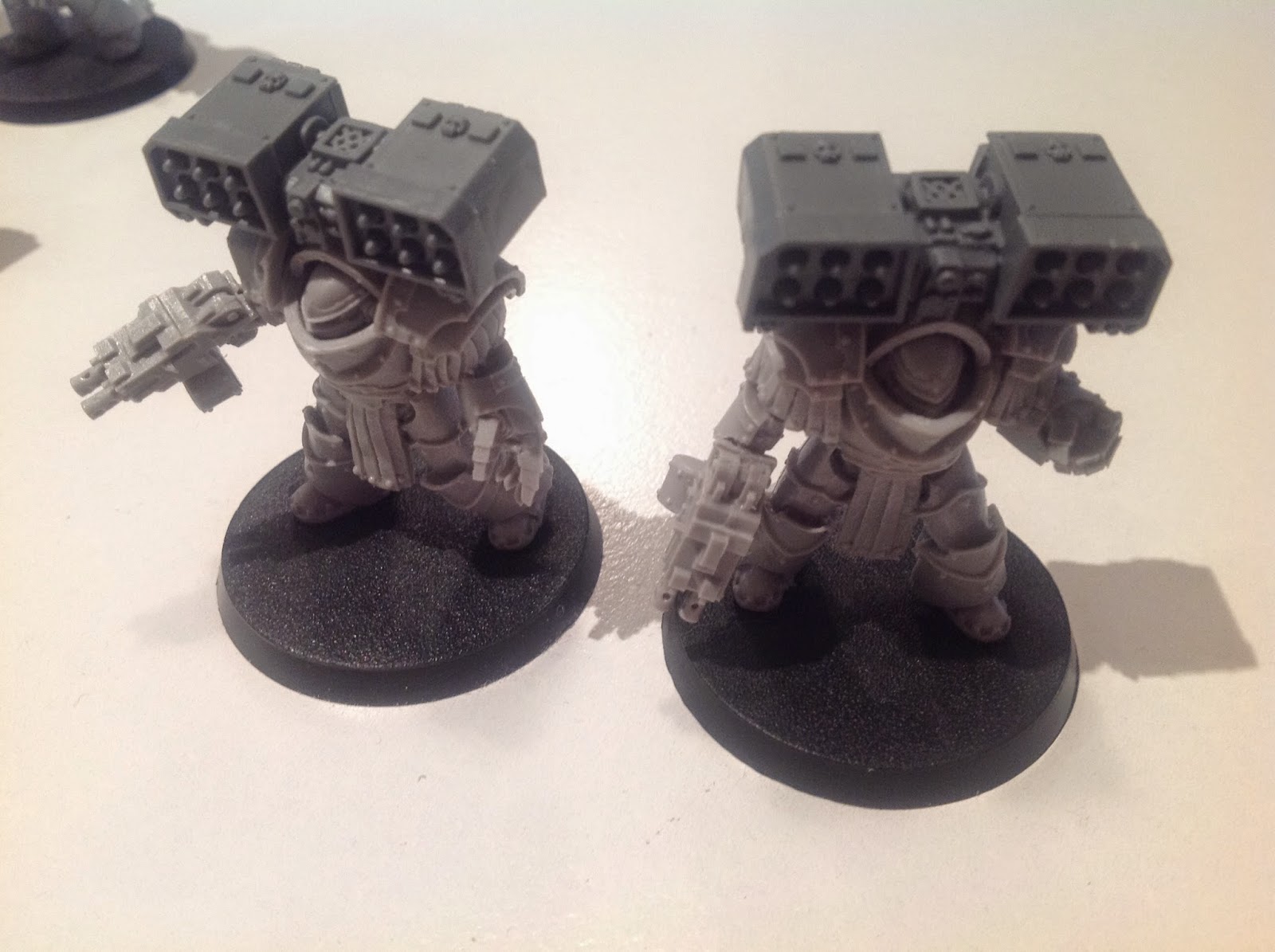 So, what was lacking? Well, a leader. A Sergeant. A siege master. Yes, the Tyrant Termies are led by a guy calling himself the siege master, in a rather subtle way. He is basically exactly the same loadout wise, but has split-fire thanks to an omniscope. The question was, how do I make a plain guy stand out? 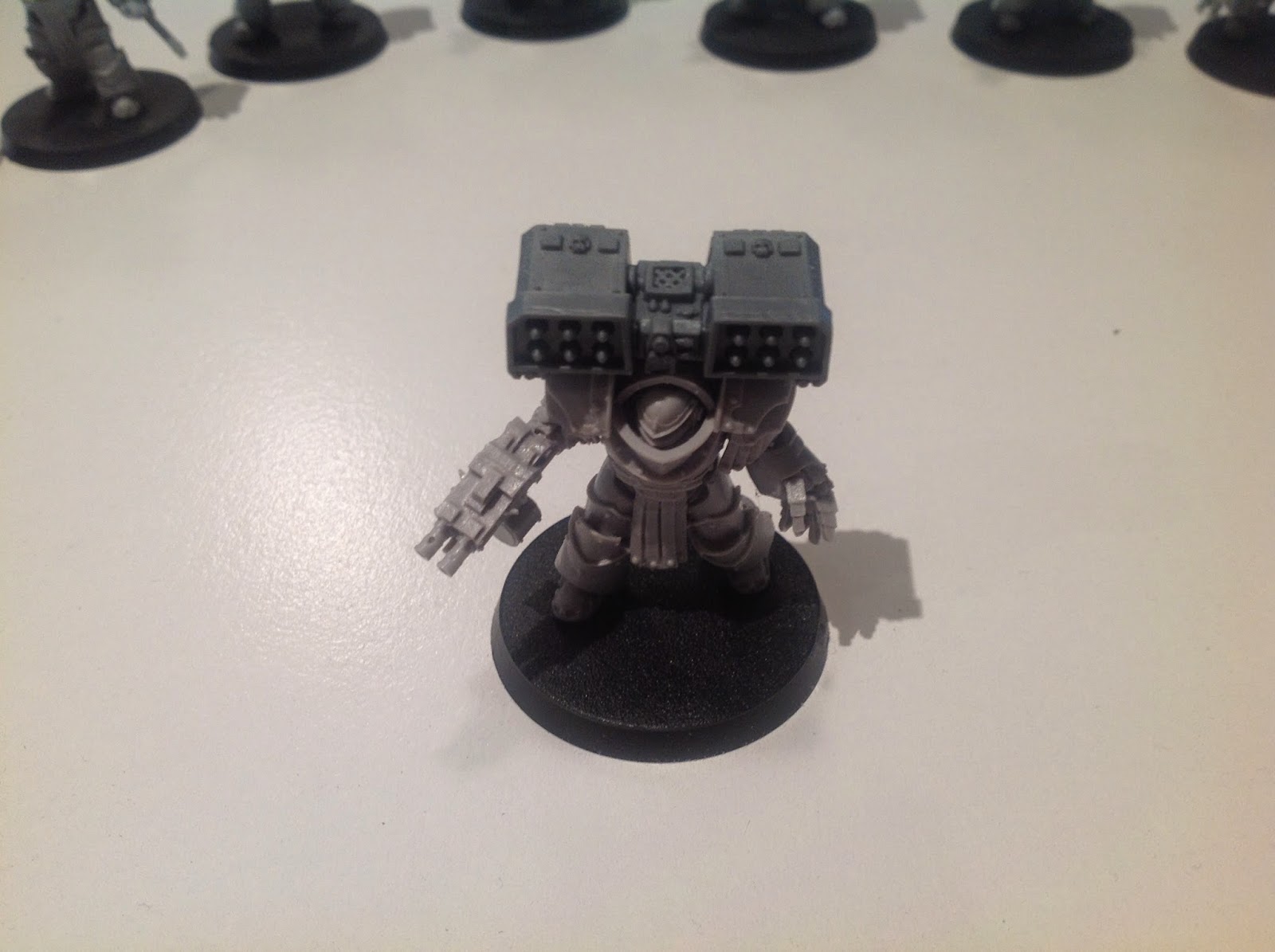 I didn't want to remove the helmet, he's a terminator, and Iron Warriors are smart enough to cover up... mostly. Perhaps some plastic shields, or some chains? Sigh, sprue after sprue yielded nothing I was happy with. But then, I had an idea.... 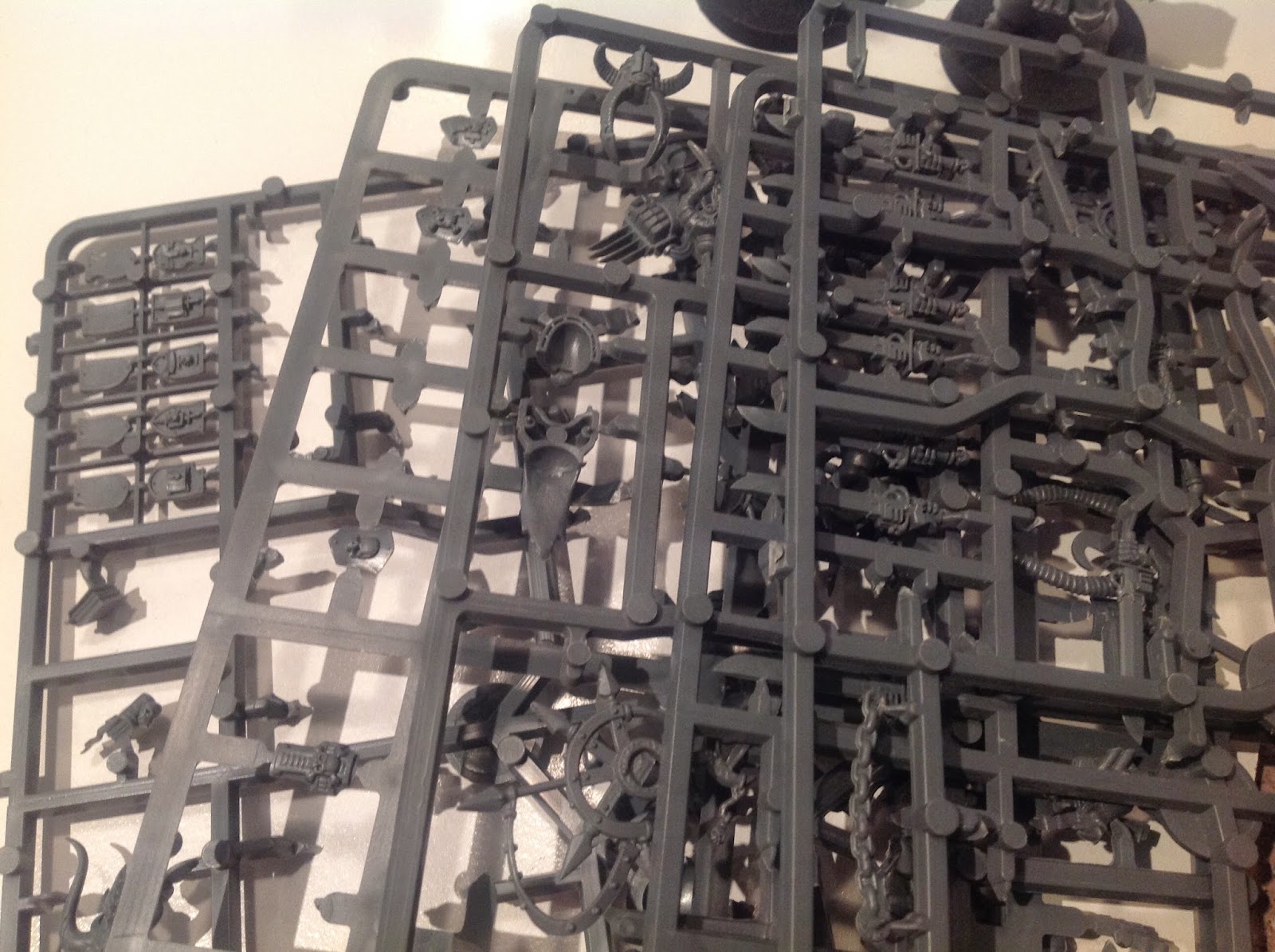 What if I took the look of my Iron Havok Sergeant and combined it with the terminator? Would I get some horrible amalgamation, or inspiration? 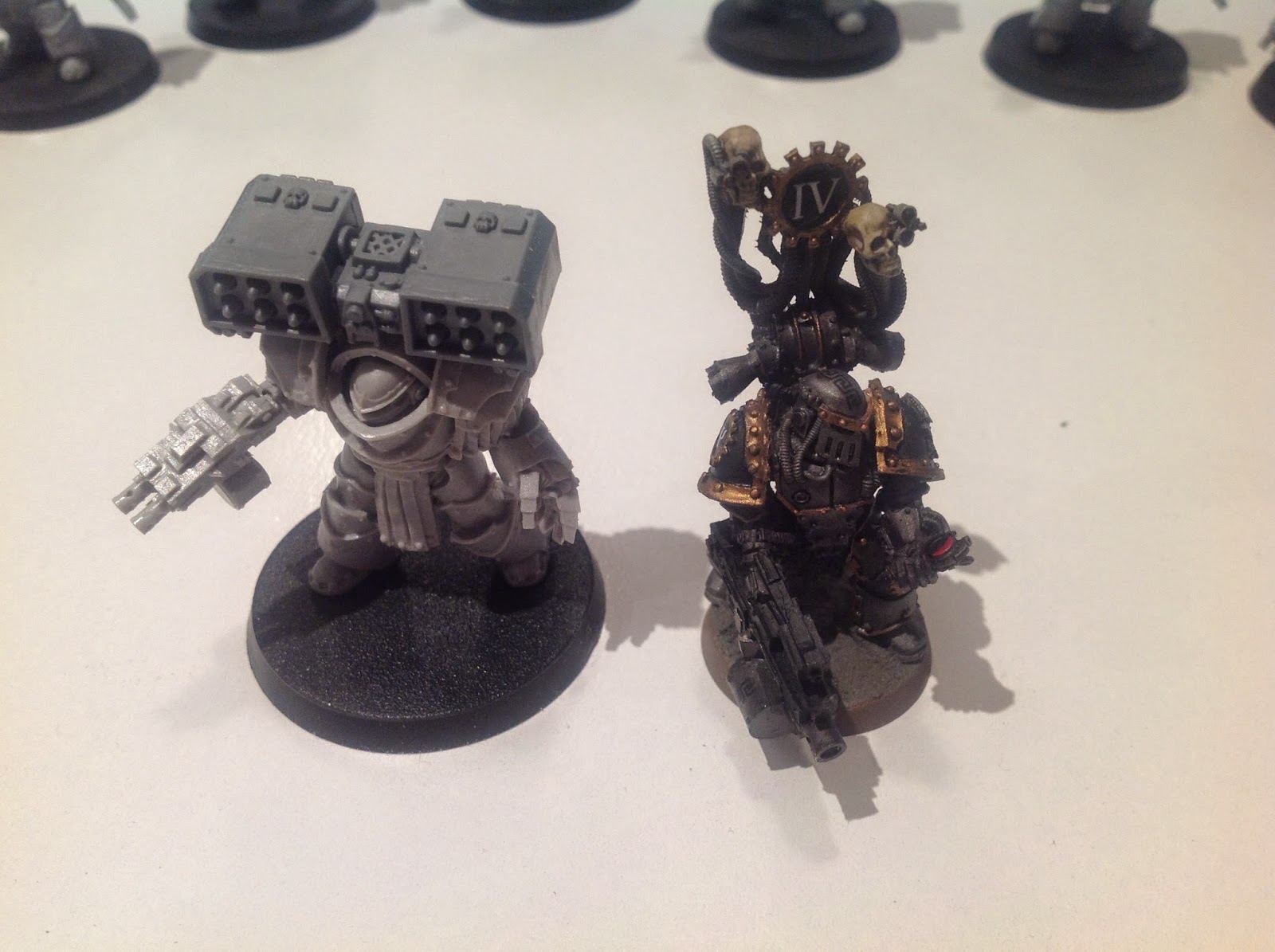 So what stands out about the sergeant? Ok, he has servo skulls, that's kinda mechanicumish, so that works, he also has an auspex, so that looks good too..... So using that basis, I added a servo skull, a bolter chain bayonet and the view-screen auspex off of the autocannon heavy weapon set to the top of his 'smart' bolter. Now I had the perfect leader. He looks like his men, but is a TINY bit more pimp. 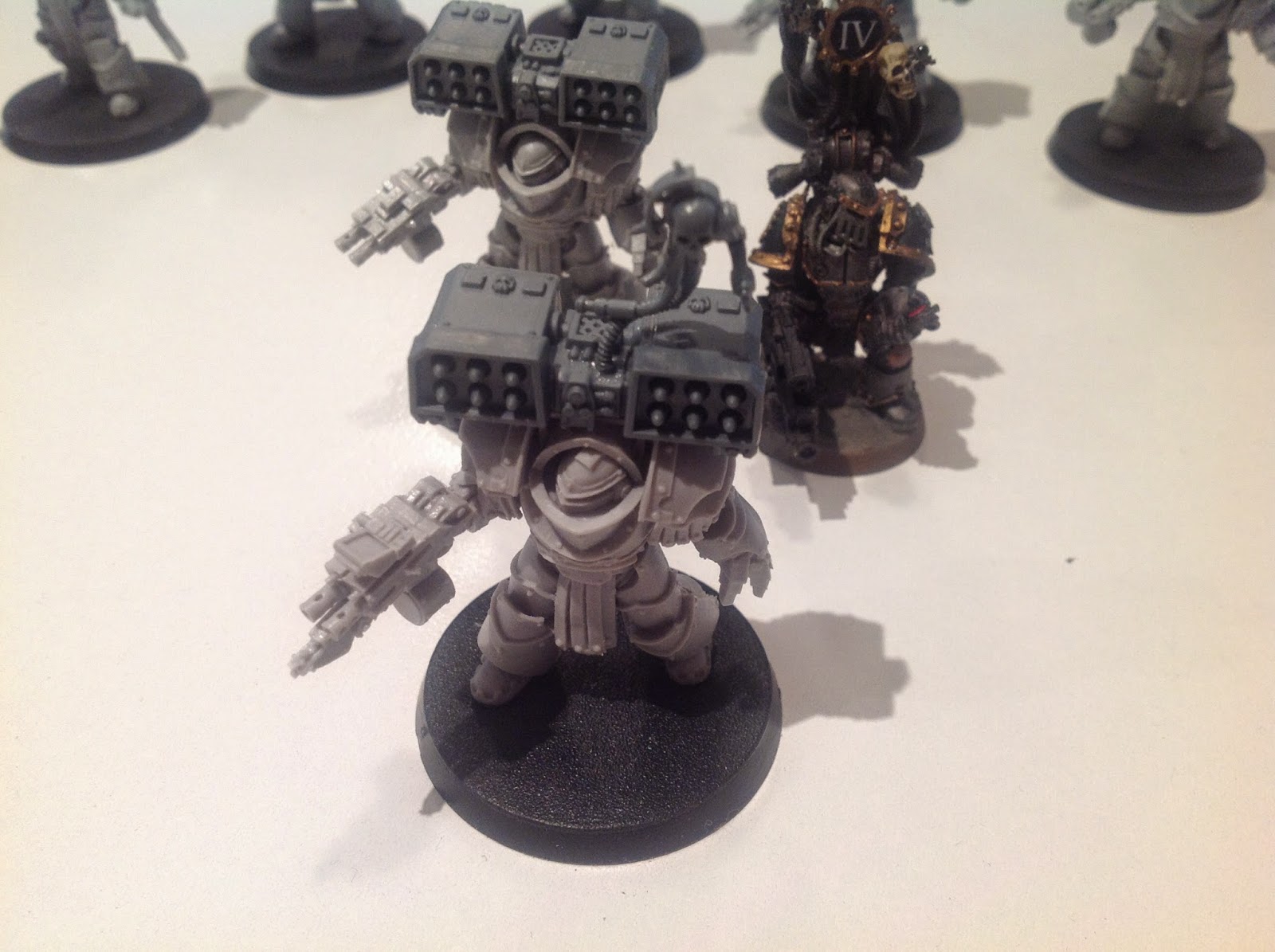 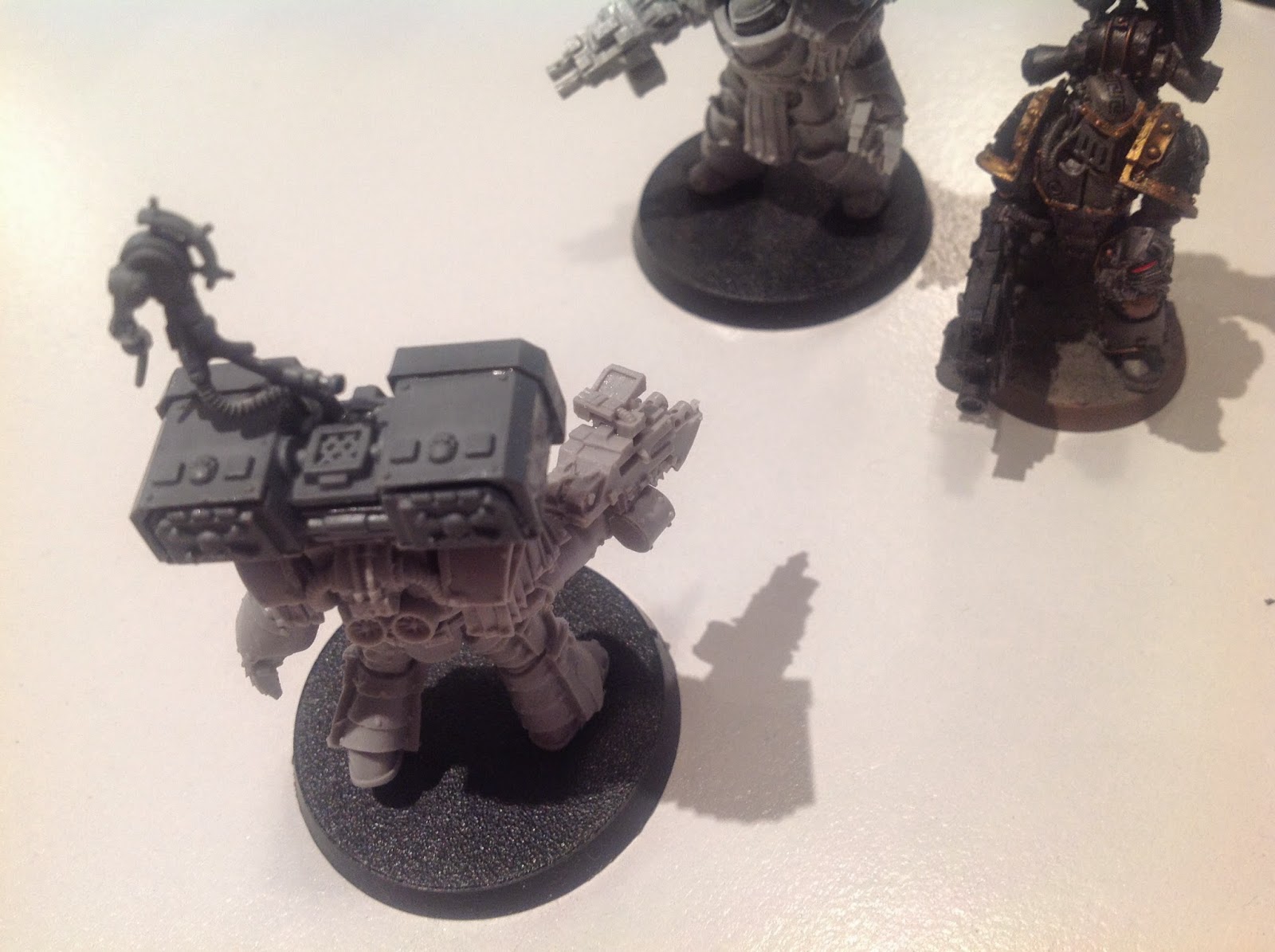 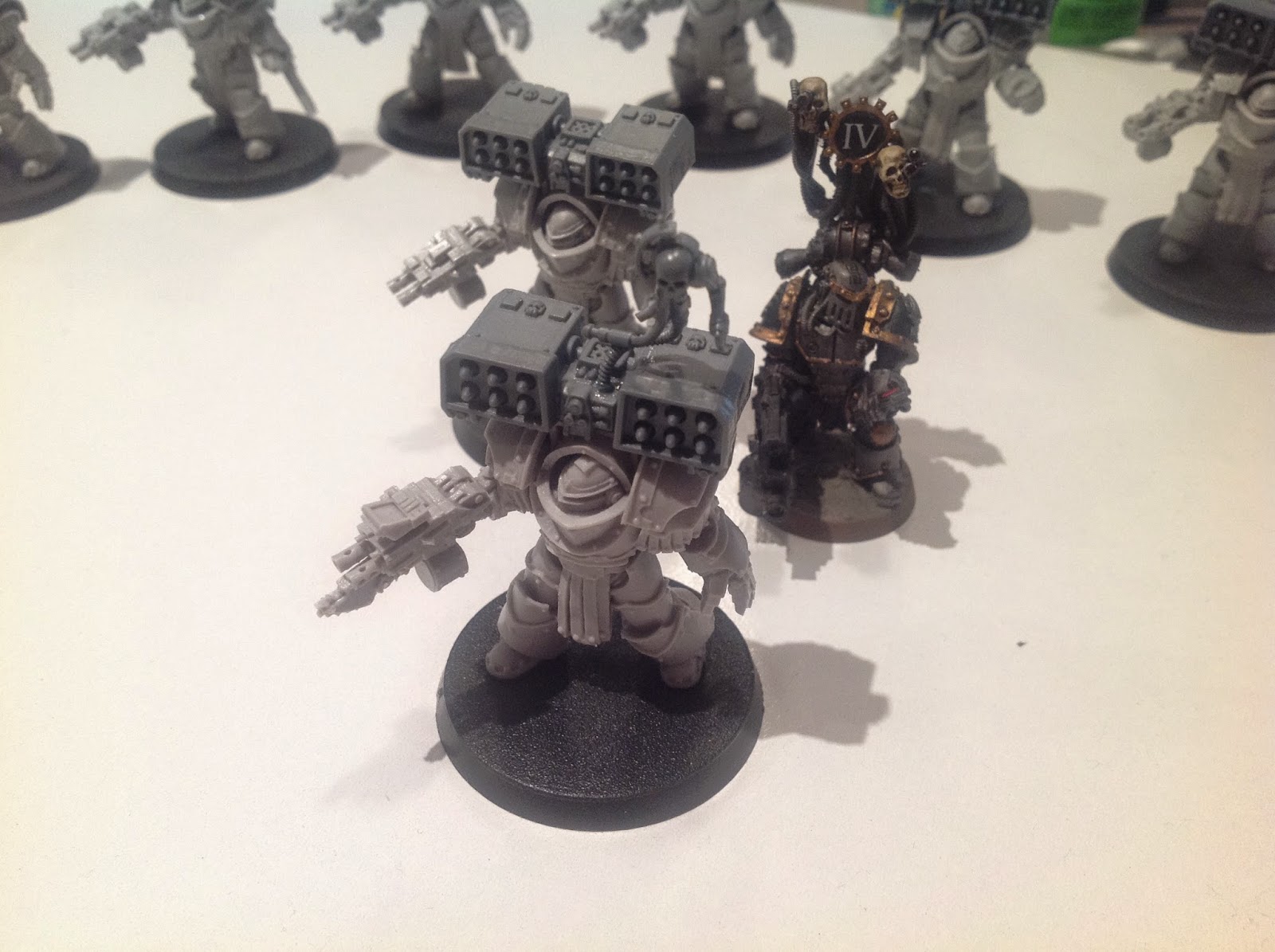 So there you have it, 10 Tyrant Siege Terminators ready for basing. 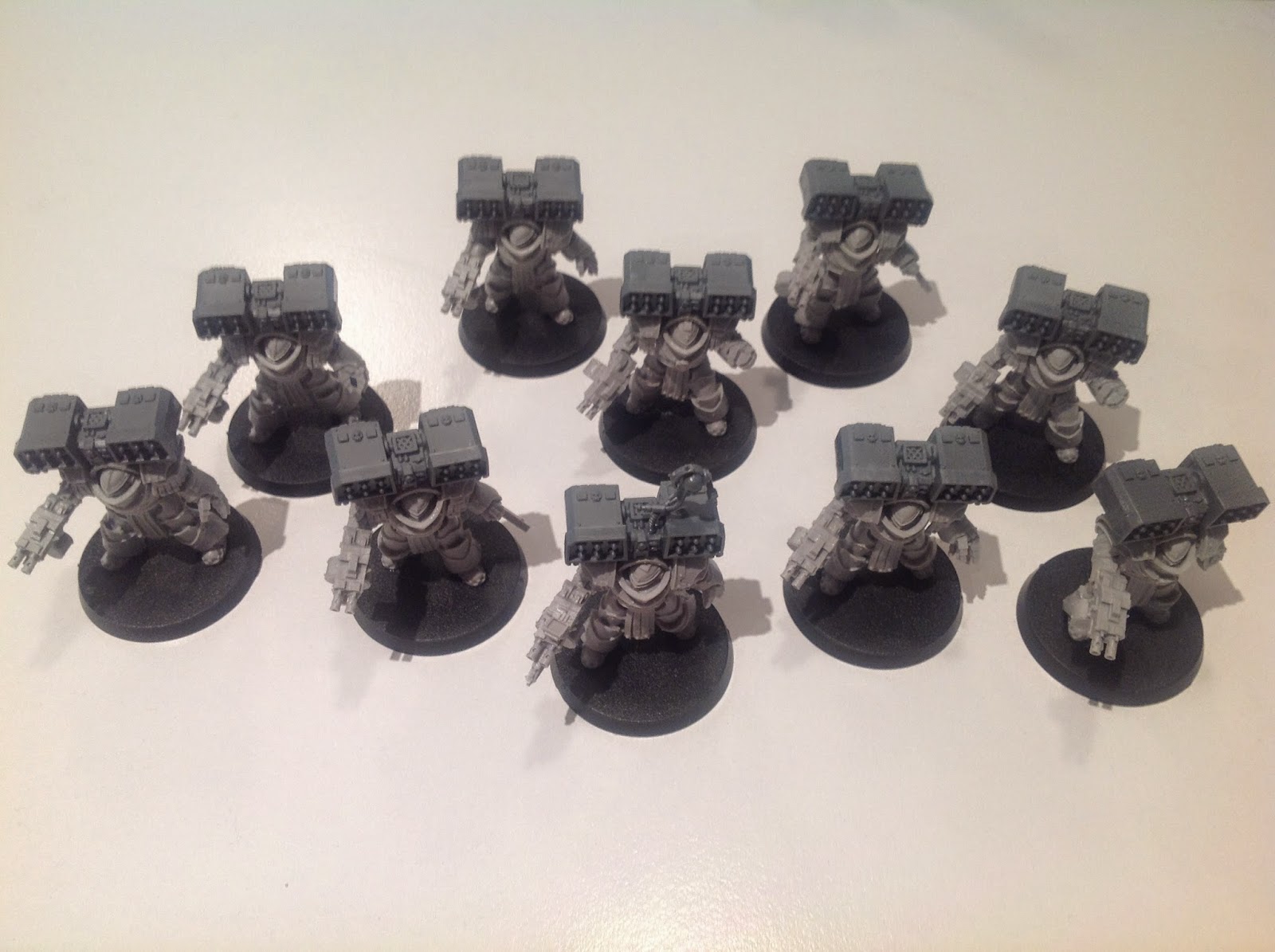 Oh, and p.s. I finally have a basing scheme in mind, it utilises the basic steps from Toby's corkboard tutorial (here) combined with something of my own making (and no, it's not Wadey's tears)

So till next time,