Keepy here taking you through the next post in the Istvaan III table. And after two days solid of building, gluing and taping the hard work has paid off and I now have a 4'x4' table's worth of tiles to play with!

So after taking off all the masking tape, I started seeing how the tiles connected:

So first impressions with the tiles are how well they fit together and the strength of the magnets. Because of the highly accurate laser cutting, there is a very fine tolerance between the sizes of the tiles. This means that when they are all fitted together there are no gaps or ill fitting joins. The magnets are also very powerful, using 7mm x 3mm rare earth magnets on all corners. The tiles "suck" together really well. No matter which way I spin a tile or where I try to apply it, the polarisation works a treat... well assuming you had installed them correctly. As it stands I have zero polarity issues! The magnets are so strong, that even when you pull on a single tile when the whole board is assembled, the whole board moves. No issues with tiles accidentally being separated by bumping.


Hopefully now all my rambling about three dimensional boards is a bit more clear. This board offers not only the versatility of a modular design, but also a third dimension to depth. It creates a massive LOS blocking piece of terrain without actually putting anything on the board: the trench running up the centre.

So to elaborate a bit more on my initial design: The large tiles will have buildings, the small raised tiles will be road sections and the small lowered tiles will be the trench or drain running up the centre. You can of course configure this layout in several different ways, this is just the primary one I wanted to test out.

So to give you a bit more of an understanding of scale, I put some models on the 4x4. I had Imperial Guard at hand so on they went along with some Secret Weapon Jersey Barriers: 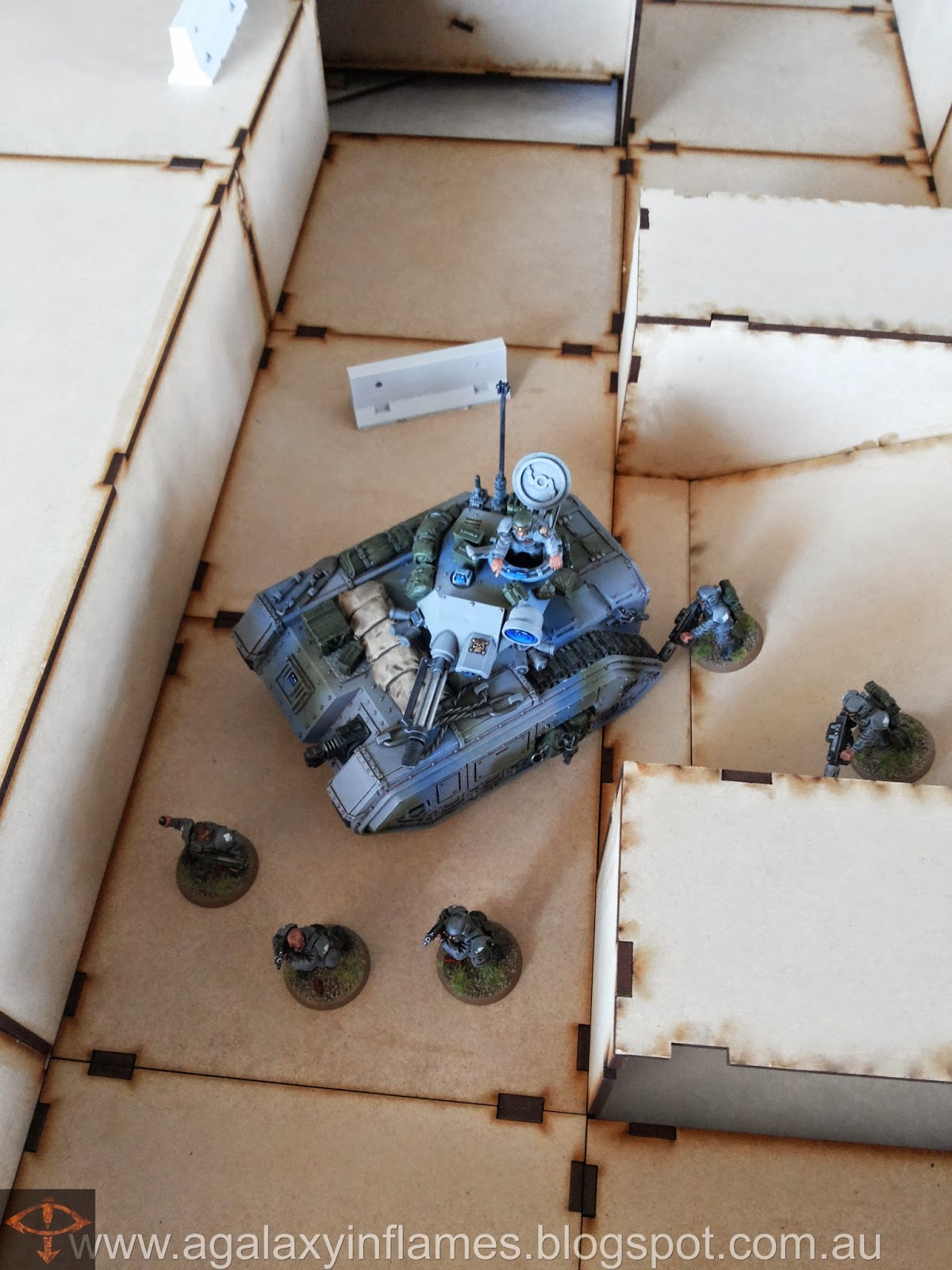 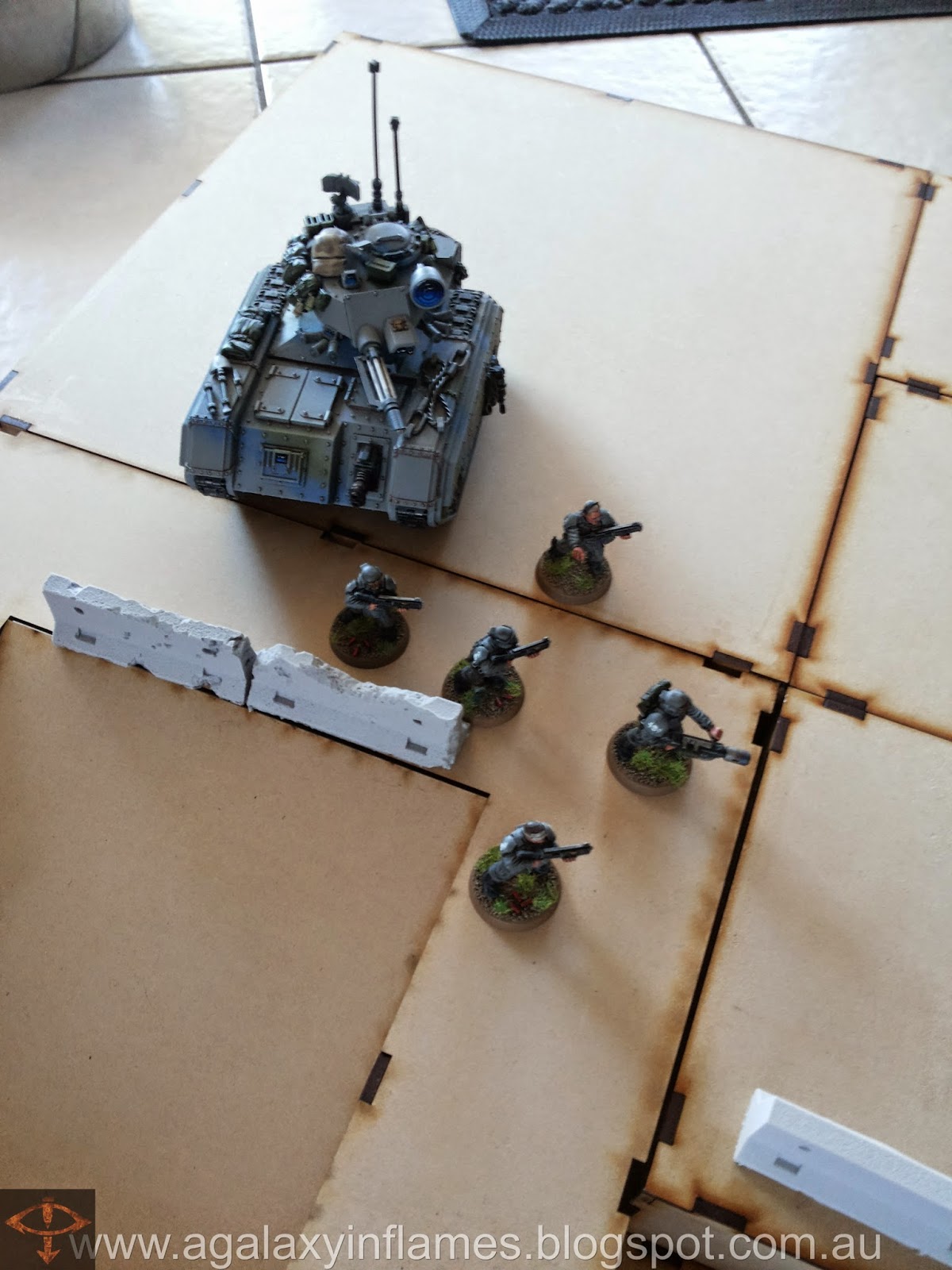 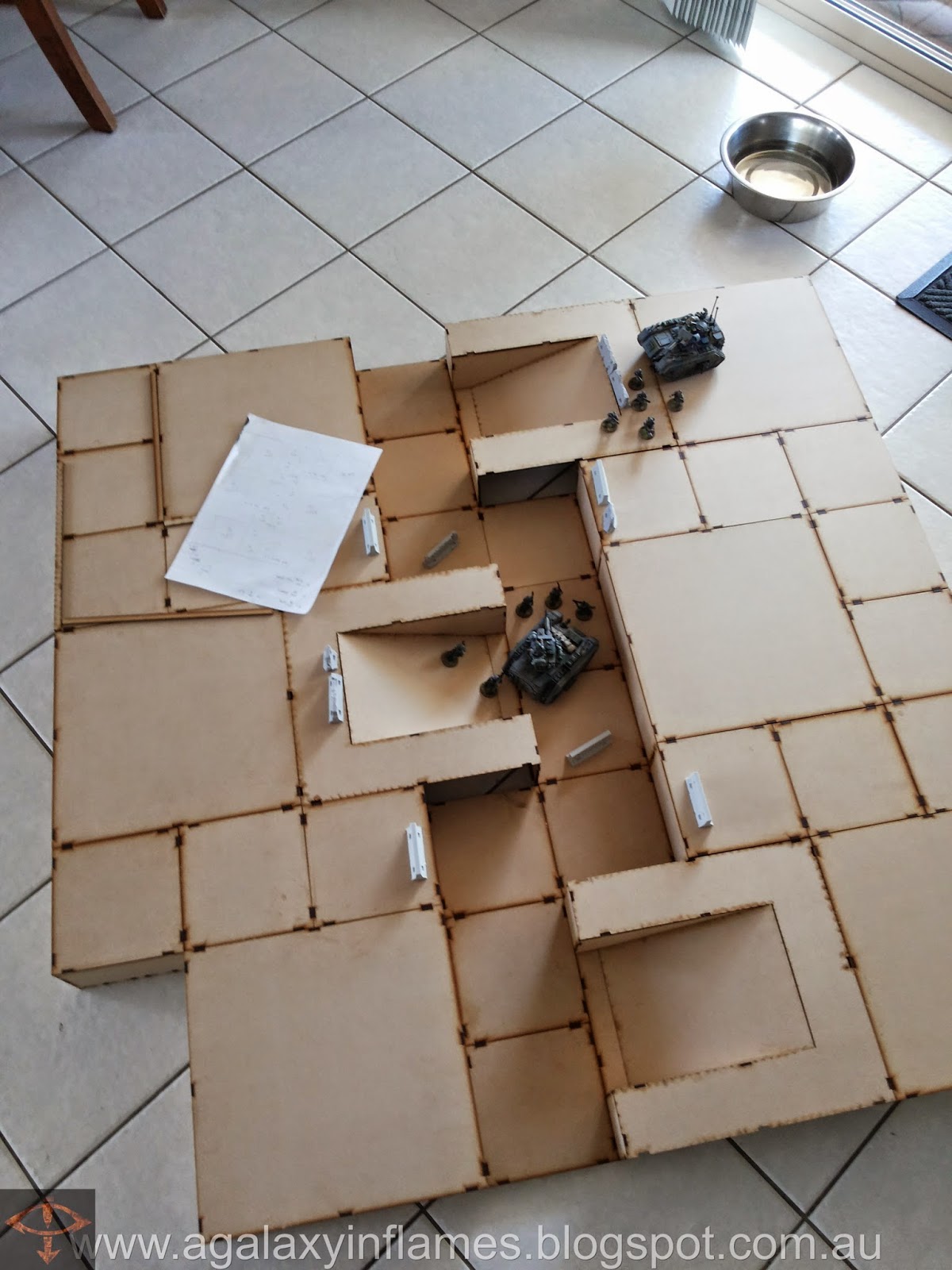 So the other issue I mentioned in planning was storage. The pro with this set up is that you don't need to tote around a large piece of MDF to have games on, you can set it up on any flat surface, aka dining table etc. Where you get unstuck is where you have a lot of 93mm tall tiles. It just so happens that they come with their own built in solution: Store the small tiles in the big tiles!


As I was having an awesome time playing with my newly built tiles, I regret to inform you all that my favourite hot brew mug took a fall from the kitchen bench. It served me well, may it rest in pieces. I even got a bit emotional... 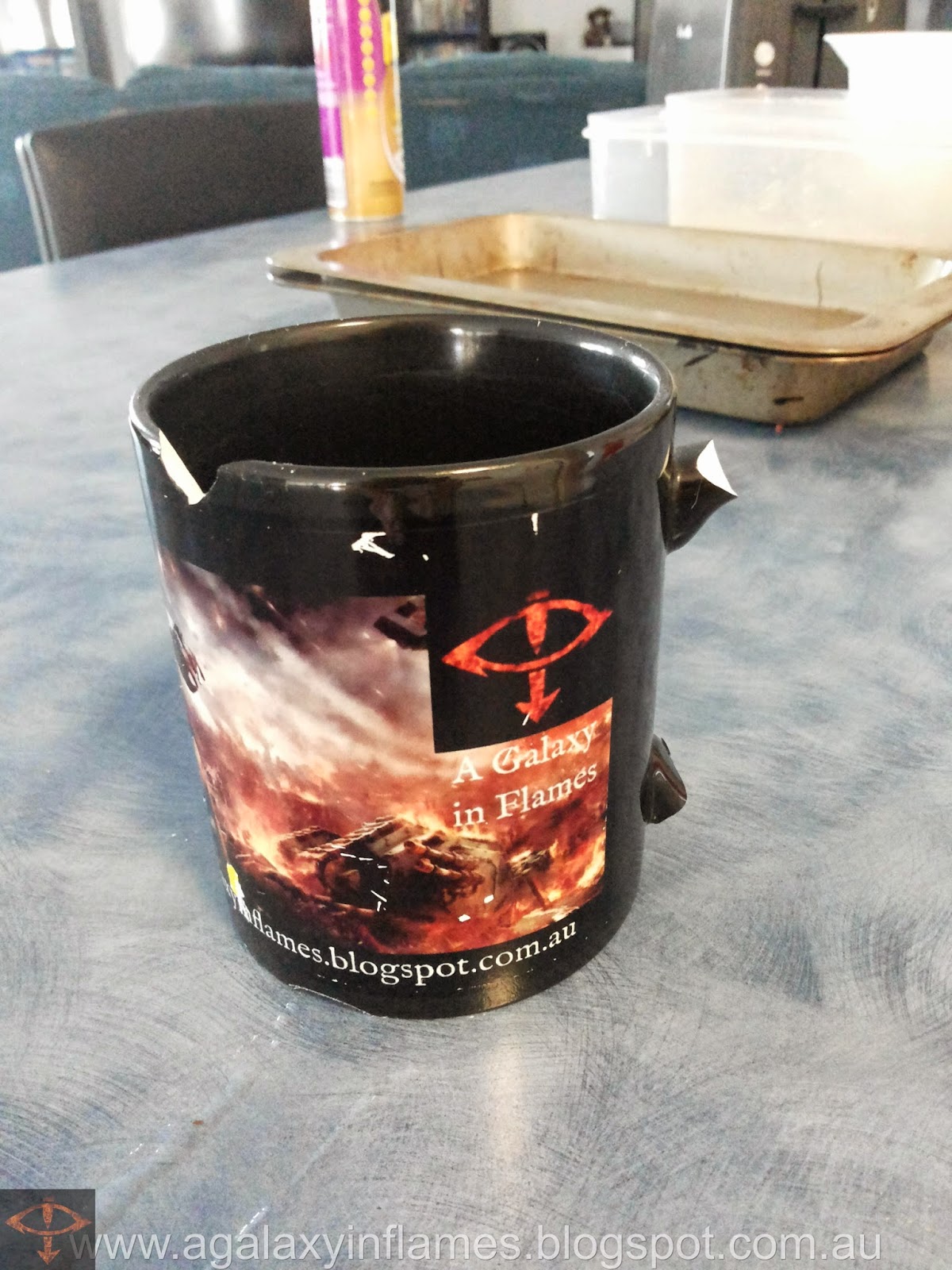 Well, that is all for this post. On the next instalment I will cover off on some of the road sections that have been made, and we get stuck into the core of the build.

And as always, comments and critiques are welcome.