There is one big misconception when it comes to the Horus Heresy and that is that it's too expensive. The most often used phrases I see in forums and online communities are:

"if I win the lottery, I'd buy a Forge World army" and;
"I'd love to buy some Legion models, but it's too expensive".

This is silly, and I am going to explain why: Games Workshop is expensive! For pretty much everyone outside of the UK, Forge World can actually work out cheaper! So, if you're on a tight budget, what do you need, and how can you get the best gaming experience for that cost?

The Guts: Cost and What to Buy 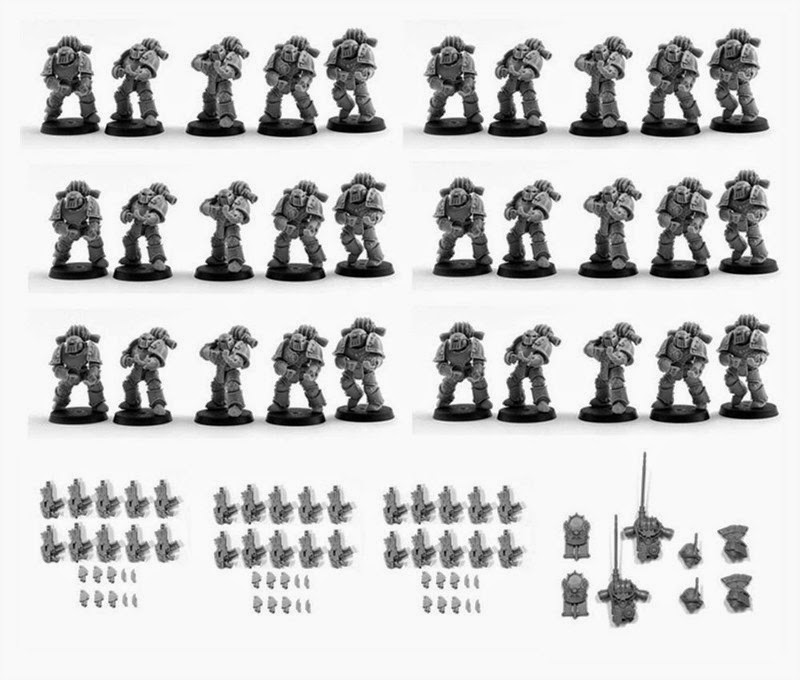 This is a standard bundle set, it costs £160.00, that's a bargain. You get 30 marines, and enough boltguns and upgrades to make a pair of 15 man tactical squads. Personally, I also buy a spare command upgrade with an extra crested helm (I like my squad leaders with plumes for easy identification), as this allows me to make 3 separate squads. 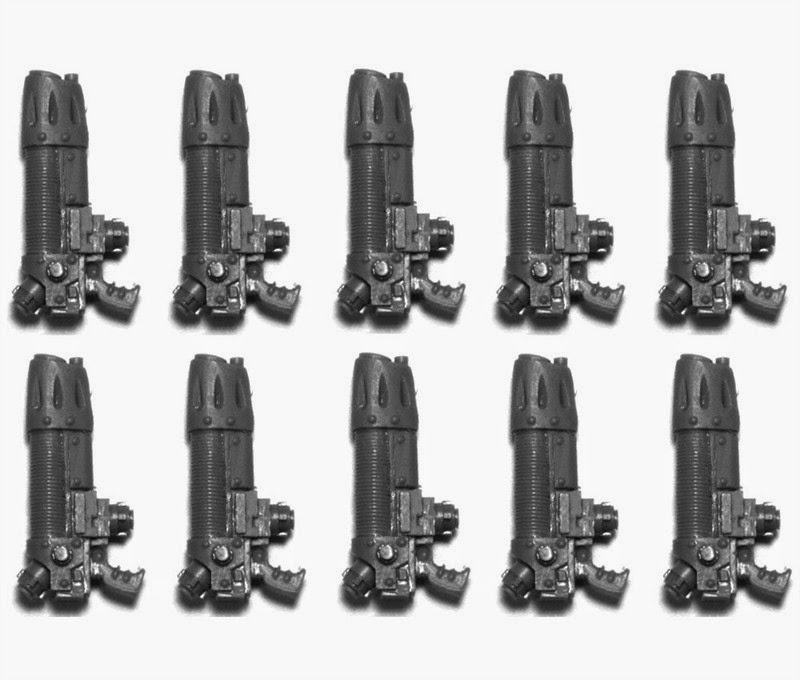 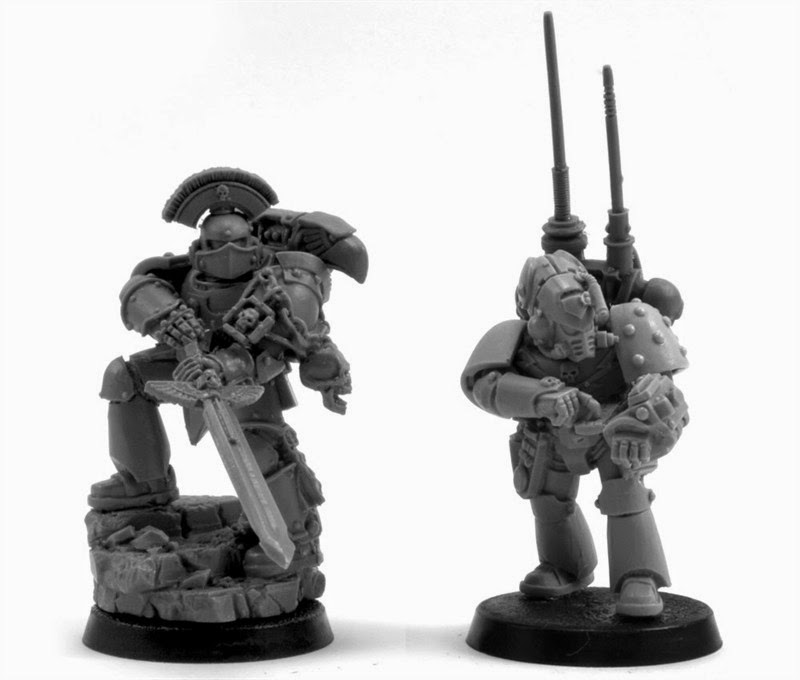 Next, I get a HQ, and for the best options, I prefer the Champion/Master of Signals combo. It is just £22.50, making it the cheapest by £2.50. I like this kit as it allows me to use either of these models in various ways (as opposed to the kits with banners), as I will run the Master of Signals as a Librarian 'counts as', and the Champion can be almost any of the HQ types, including Praetor, Champion, etc.
Running tally: £193.50 for 32 marines with 10 special weapons and 2 HQ's.

Added to this I would also buy some kind of entry-level vehicle, such as a Mortis Contemptor, however, as it stands, you have a reasonably competitive fighting force.

I will note at this time, that you don't have to buy legitimate Forge World, however I do encourage it, as the money goes back into making more of these marvelous kits, and the quality is fantastic. Of course, if you're extra tight, you could shop China...

What Points & Missions Can I Play Then?
Well, as it stands, a force like this would come in around 750 points, depending on your wargear selection. With the edition of the Mortis Dreadnought, for example, your force would now cost around the ~£250 mark, but would be about 1000 points. 1000 points is possibly the most under rated points limit going.

I will give you a little history here about me: When I started playing, it was in the days of 2nd Edition 40k, but I hit my stride in 3rd Edition. In 3rd Ed, 1000 points was considered a very respectable fighting force, and was the real standard at the time. Yes, whilst I recognize people made bigger armies, there was something about 1000 points which just worked, as a matter of fact, it still does.

-Familiarize yourself with a small amount of units, rather then plunging into the deep of a 1500 point or higher game. Usually in HH we only have 4 or 5 different units in 1000 points. This is great as it makes it easy to learn how those units work.
-Play a game in around an hour. An hour long game, when was the last time you did that?
-You can use the time to allow you to get in more missions, so you can get used to multiple missions without struggling through your rulebook for 3 hours playing a single game.
-You don't have deal with crazy OP units at 1000 points, (an exception could be made for Mechanicum jerks), there are no Lords of War, and most armies can't afford the beefcake units and still be competitive.
-Because you get more games in, you can also try different Legion special rules, as you can quickly decide whether or not you like how your traits work.

As for the missions themselves, most of the missions can be played comfortably at 1000 points, however the campaign ones might be tricky. If I were to suggest any one game type, I would suggest Zone Mortalis or the 'Victory is Vengeance Campaign' from Horus Heresy Book III. This campaign is more of a skirmish type, and is aimed at the smaller force.

So, next time someone says "Forge World costs too much", tell them that for just £193.50, (that's only $350 Australian or about $330 American) they can own a sizable force. I will also be looking into the Victory is Vengeance Campaign in coming articles, so keep an eye out for it.