Keepy here! Been a long time off the blog but I am finally back on track now and you should now start seeing some more regular posts from me in the near future. I let slip a couple of photos a while back of a project I have been working on in between real life projects and things have finally slowed down enough for me to post about them. Nobody guessed what the main project focus was, but I can now reveal my grand design.

As the title suggests, I am constructing a table based around an Istvaan III theme. I didn't want it to look like another random urban table, so I set some criteria so that the table had some flexibility and usability in other applications such as:


There are several sources of inspiration for creating an Istvaan III board, the FW artworks are stunning to say the least. I guess the artwork that I had taken to most was the inside cover of the Istvaan III Crusade Army List book which has recently been released. The buildings are multi-layered, very tall and have taken an absolute beating from an orbital bombardment and exterminatus. 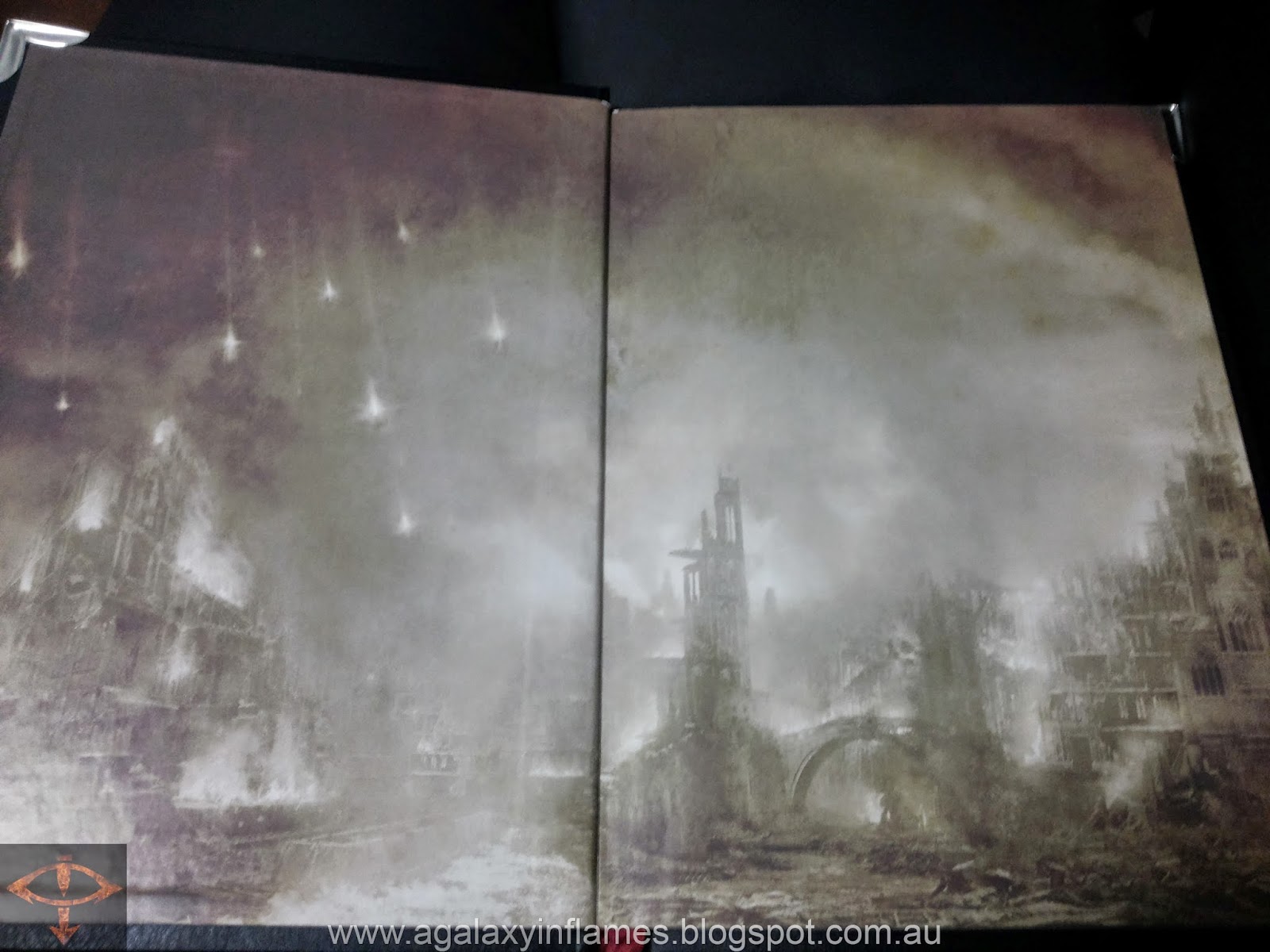 I love this picture. There are three main structures that are surrounded by smaller ones, with bridges going over what I assume is some sort of river or former aqueduct. 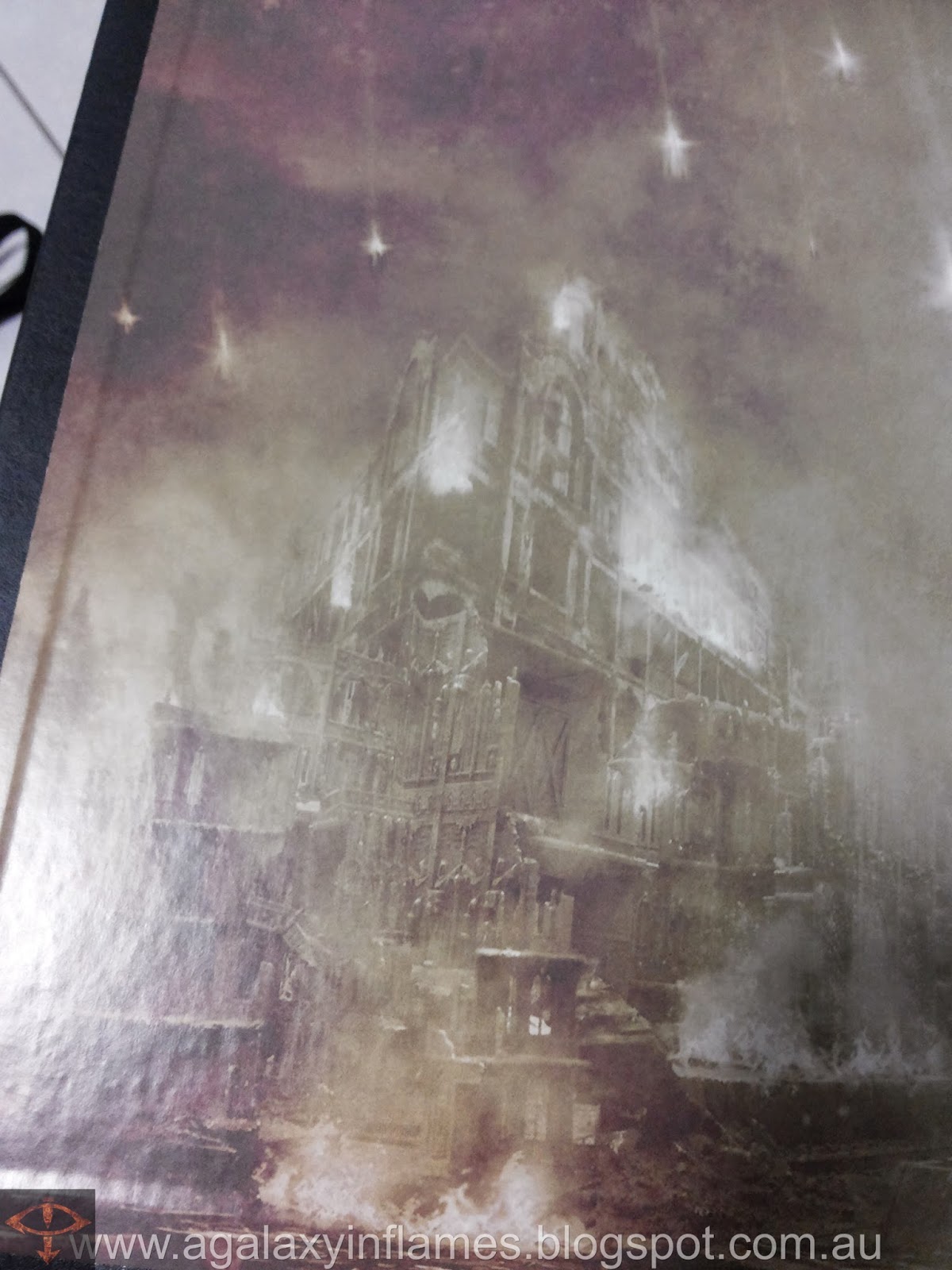 A close up of the left hand tall structure. Very tall and multiple complex layers. 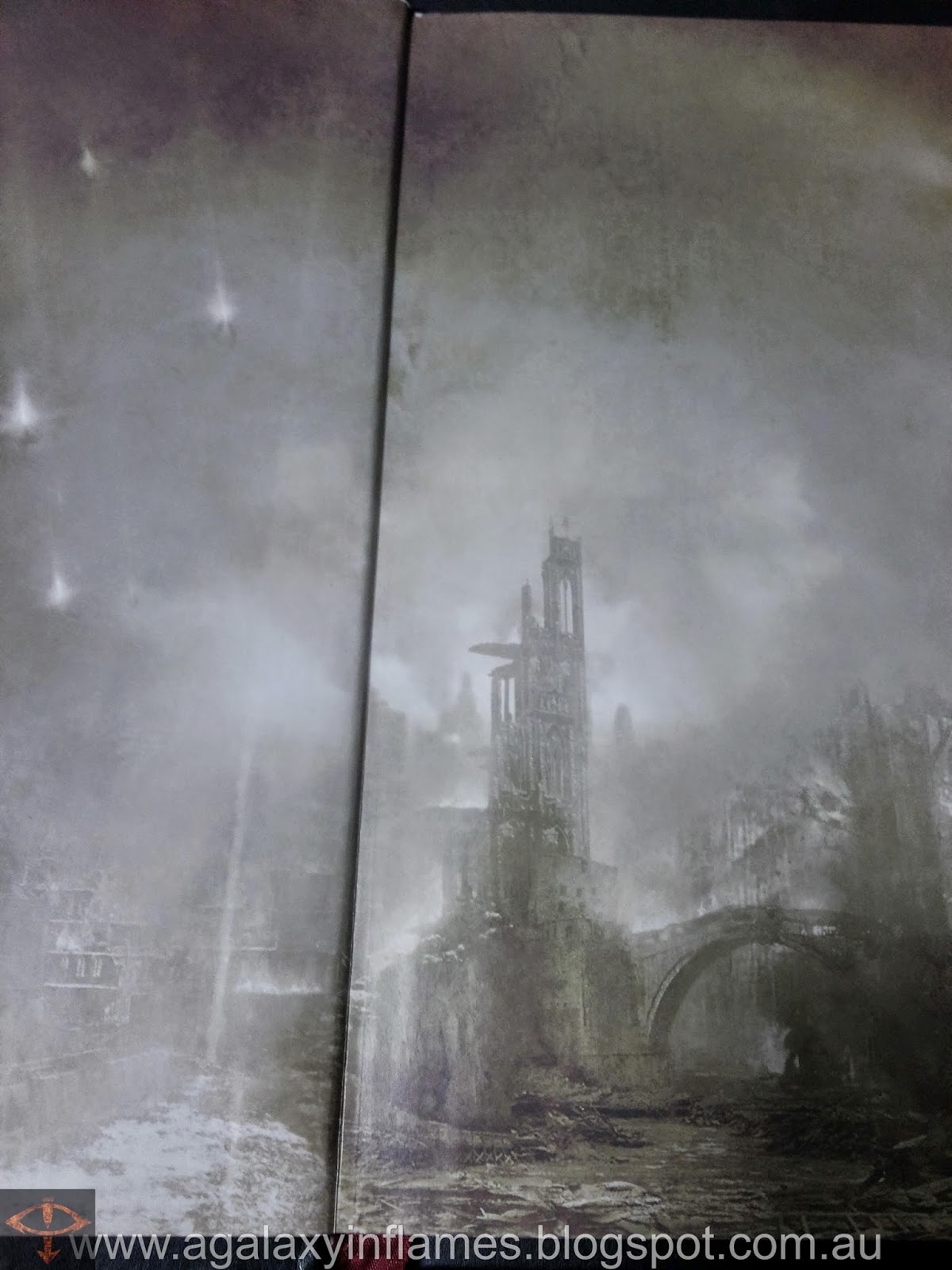 Centre structure and bridge. The drain has seen better days. 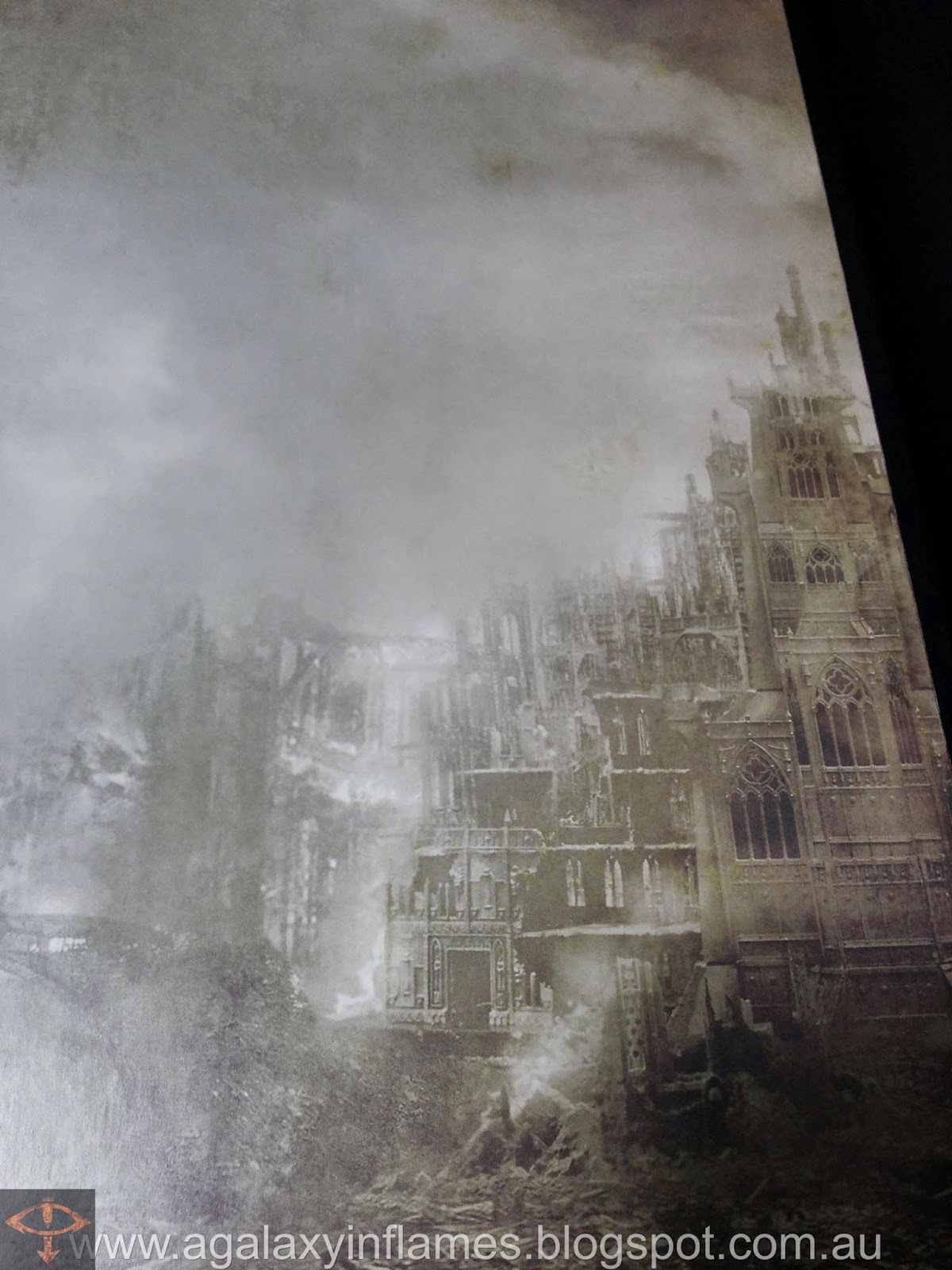 The largest of the three, a temple or city bell tower / government building of sorts. Very tall when converted to 28mm with lots of complex layers. What better source of inspiration is there than the very picture that we use on A Galaxy in Flames?


So with these criteria in mind, and feeling rather inspired, I set about the interwebs to have a look at some existing boards to aide in my initial build concept. Whilst I do love the FW tiles, they are damn expensive here in Australia so I thought I would try my hand at a cheaper alternative. After a bit of searching I came across a local business in Adelaide that made pretty much what I had envisioned: MDF tiles that are magnetised to stay together.

Back 2 Base-ix Wargaming Products produces an MDF tile system covering 300mm x 300mm (1' x 1') and 150mm x 150mm (6" x 6") tile sizes and also makes them in four heights: 16mm, 33mm, 63mm and 93mm. The entire range is compatible with each other, you can mix and match tile heights making some pretty funky 3D board space, there are ramps available from any level to any level and it looks really easy to build. Rather than try and explain it all, check out this introduction video:


So I was sold on the idea. Storage for a complex height board would be a comprise to how much versatility you could get from a multi-level board and I took the plunge. A bit of designing and I came up with this basic 4'x4' board design:


In the above design, the large 1'x1' tiles are for buildings, the 6"x6" tiles with the lines on them surrounding the buildings are roads and the shaded 6"x6" tiles running down the centre are a storm drain or sewer of sorts. There are three ramps going into the drain denoted by the double arrows on the 1'x1' tiles, which go from the height of the city (93mm) to the height of the drain (16mm). This should create some excellent games with objective placement in the sewers so armies have to go out of their way to win games. I also did up an extension of this design to go into a 6'x4' board for larger games.

Well enough of the concept stuff, in the next post I will go through the construction of the Back 2 Base-ix tiles. You can check out their website here:


As usual, feel free to comment and add ideas or suggestions.

Its good to be back!