Just a quick post today, I thought I would just have a play around with the tiles I have built already and see what can fit where. A friend of mine, Braden, dropped around for a look at the progress on the table and had a couple of Thousand Sons with him. We got a couple of photos of a 2'x4' section then extended it to 3'x4' and popped the models on the table with a few of my Castellax just to get a feel of the table: 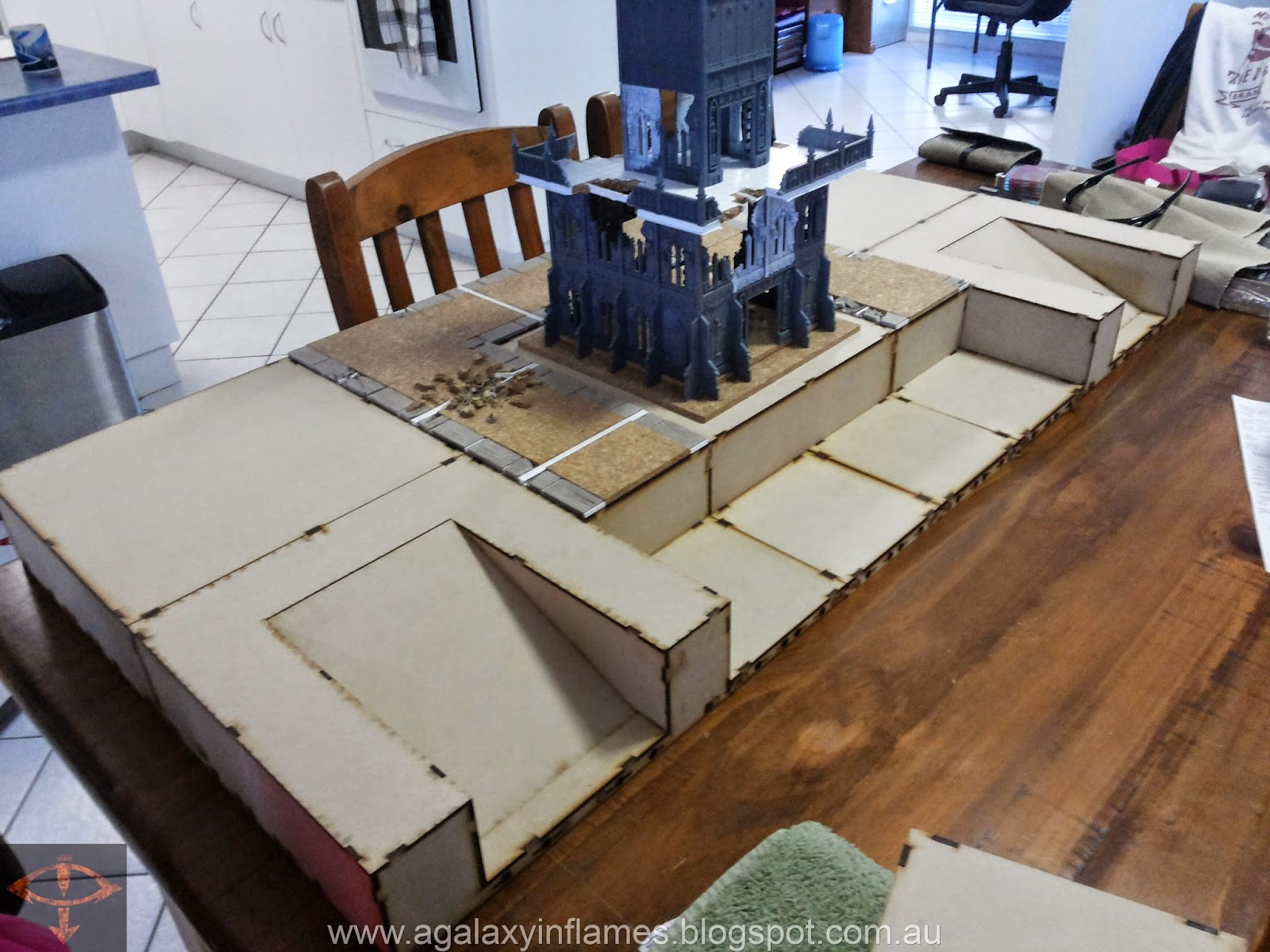 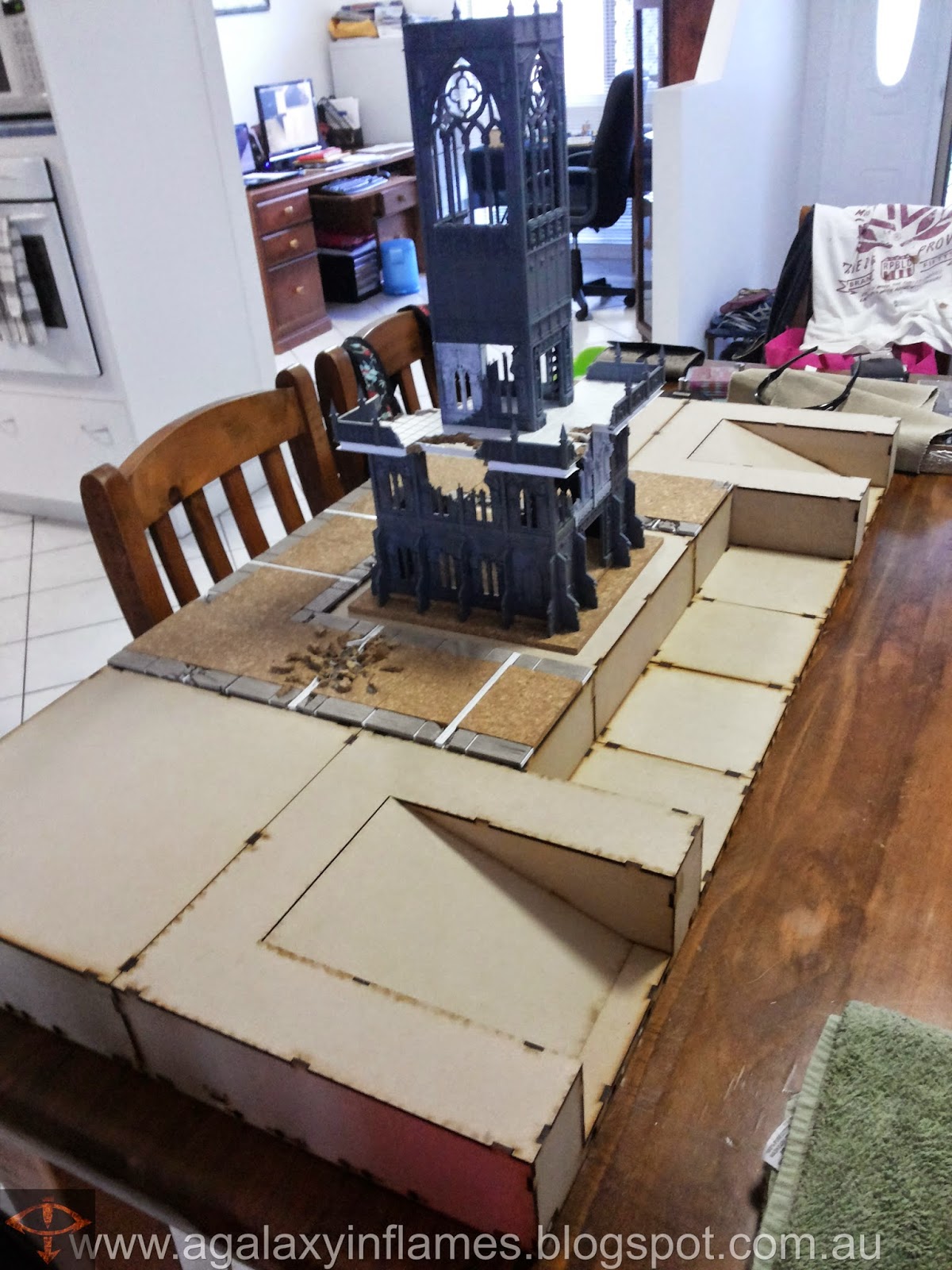 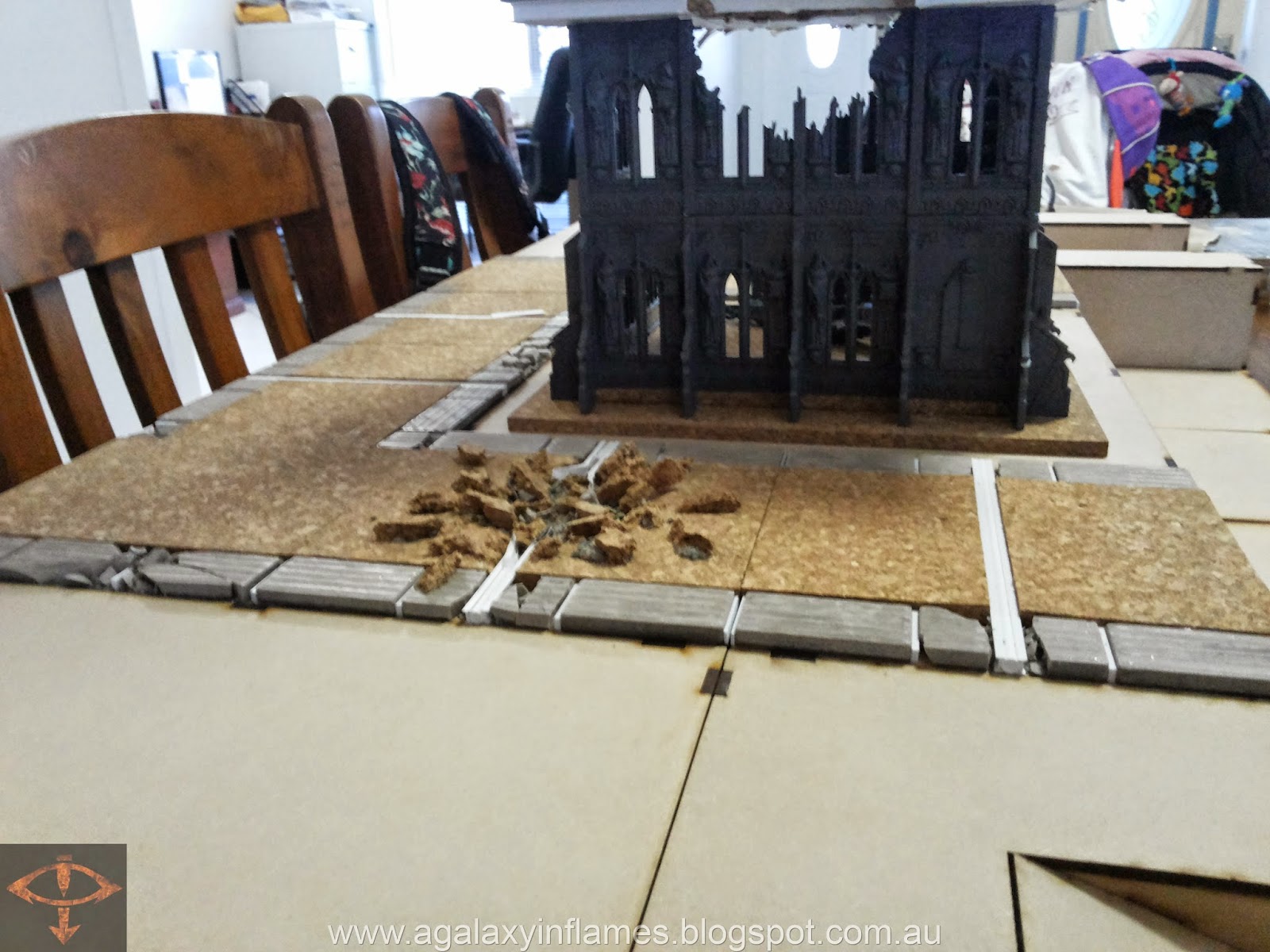 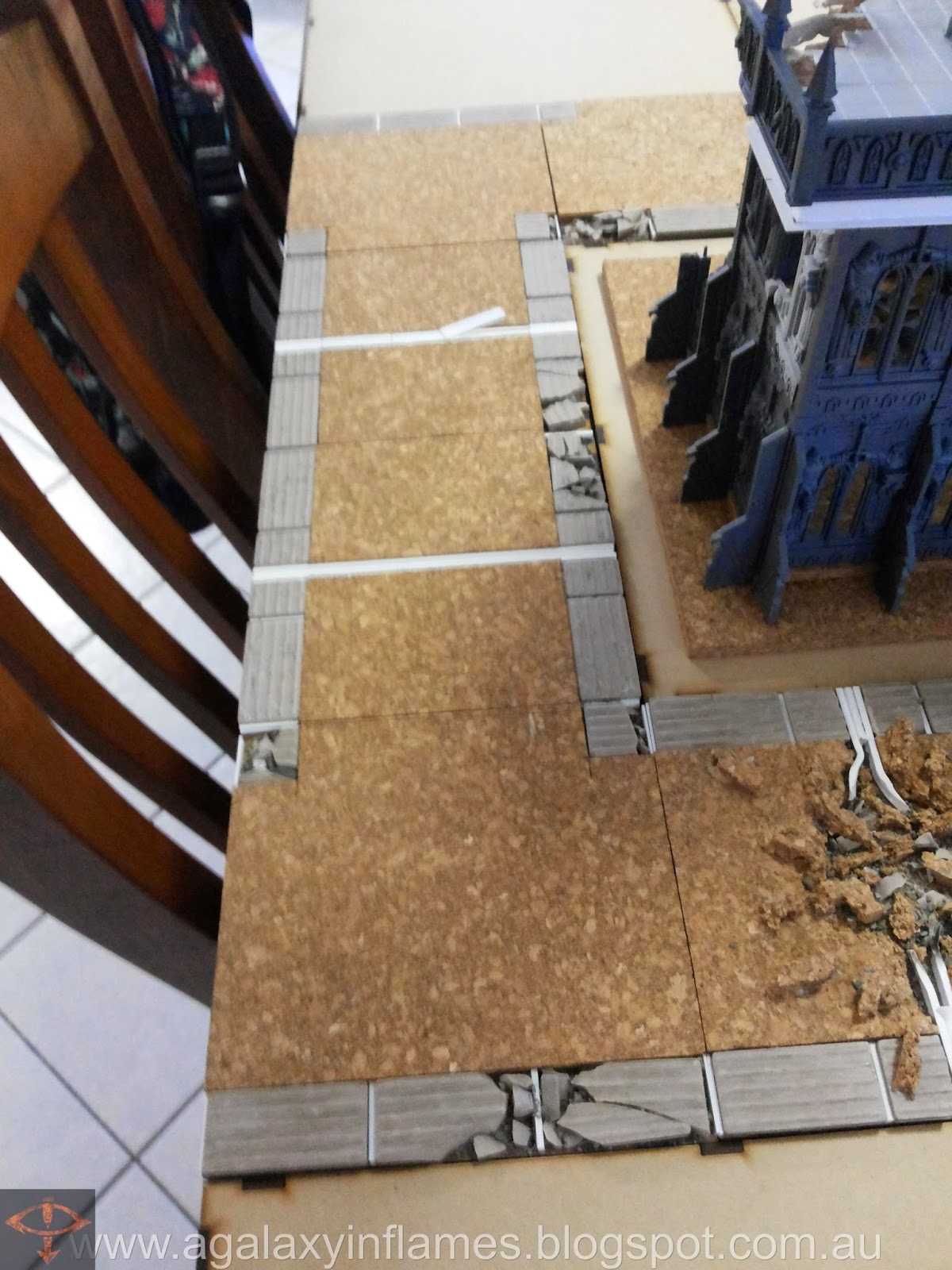 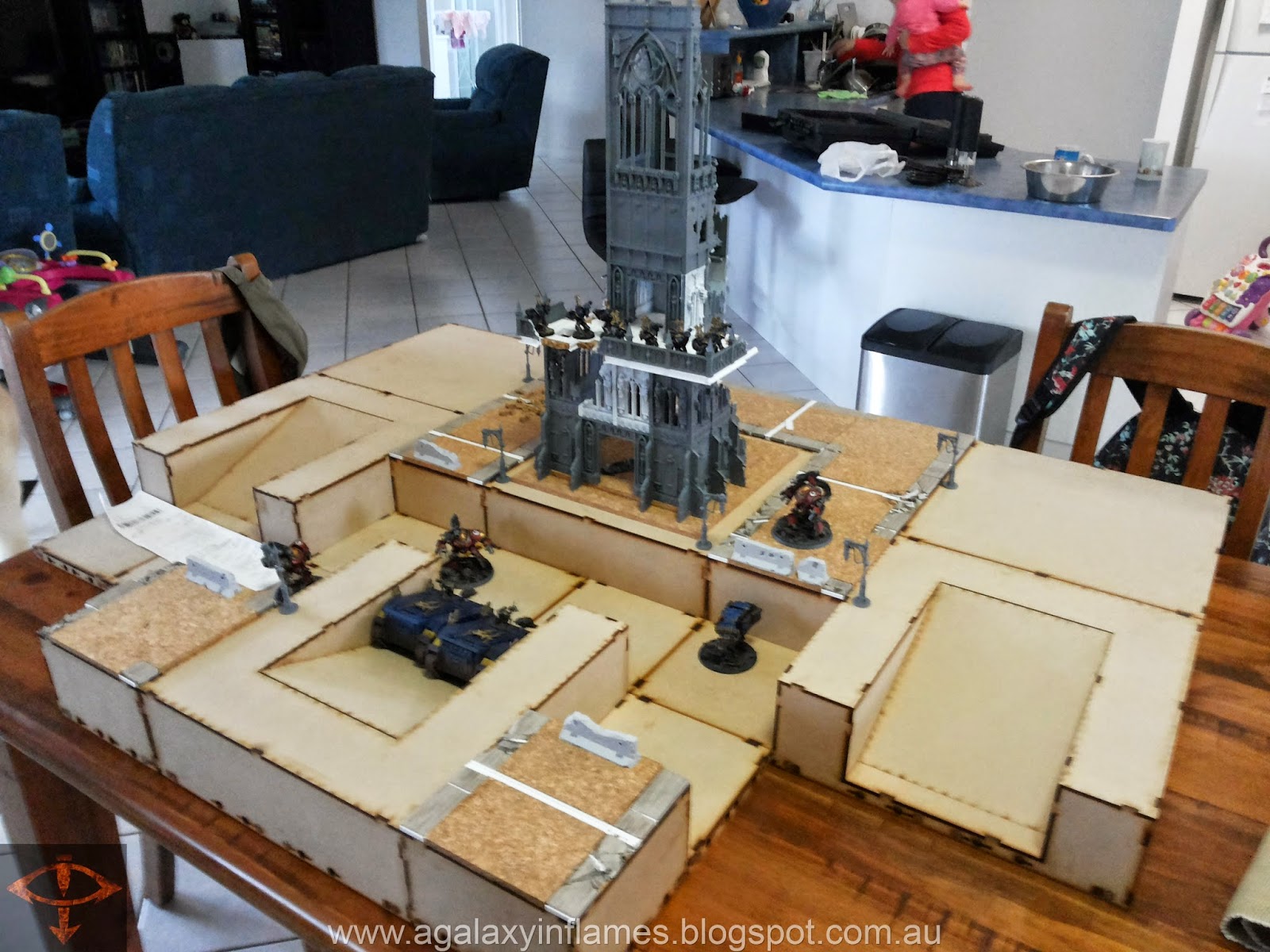 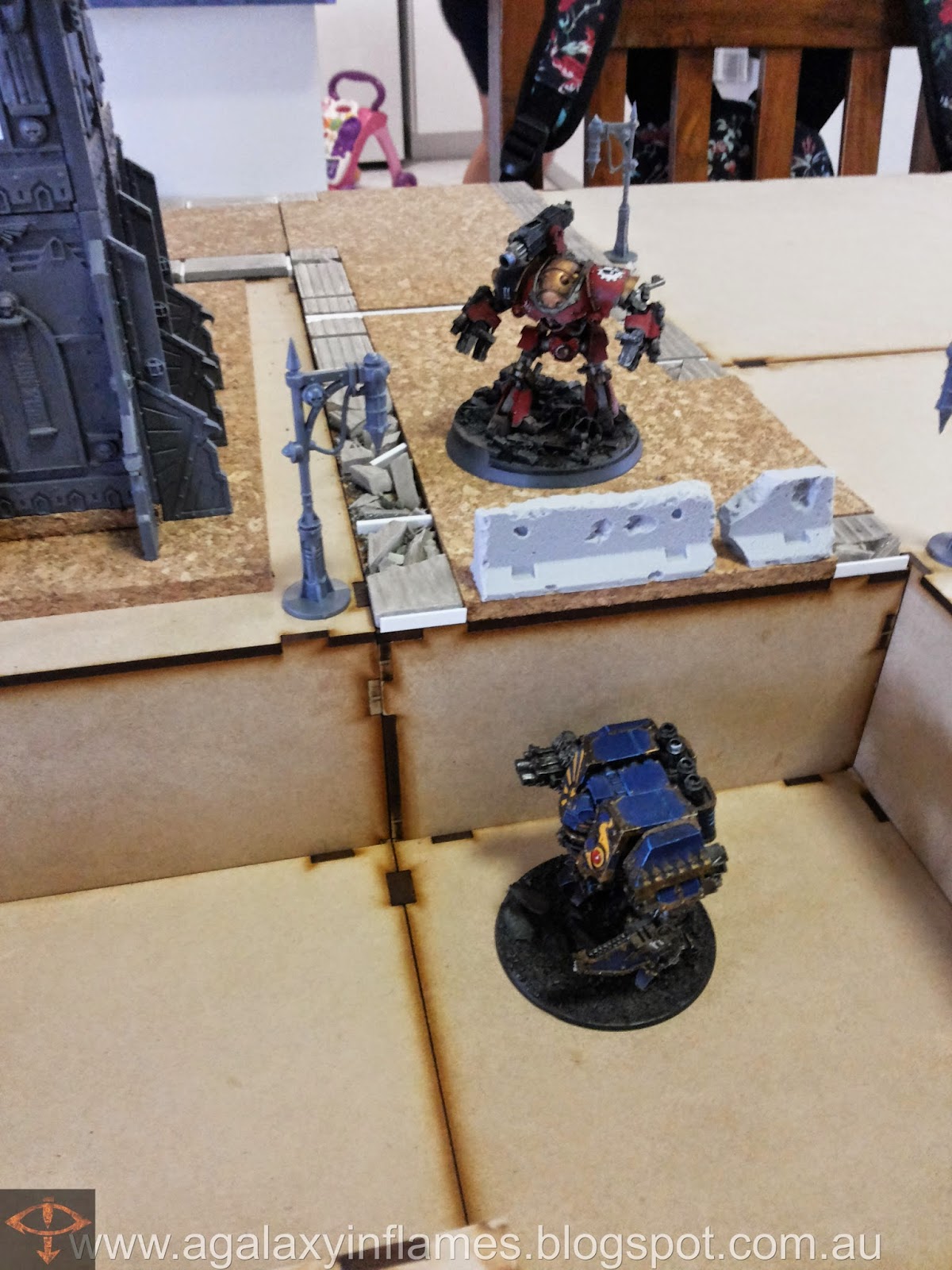 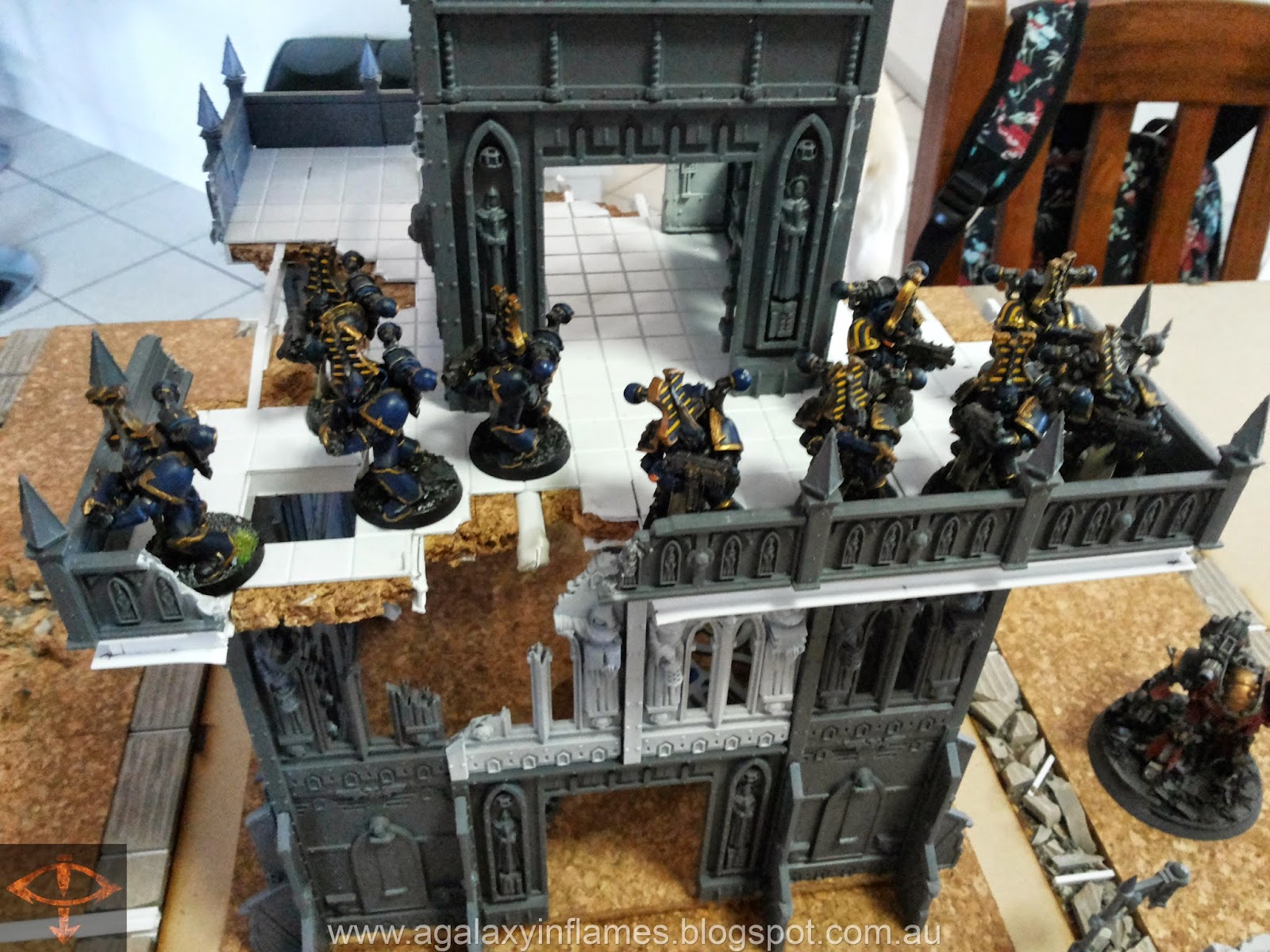 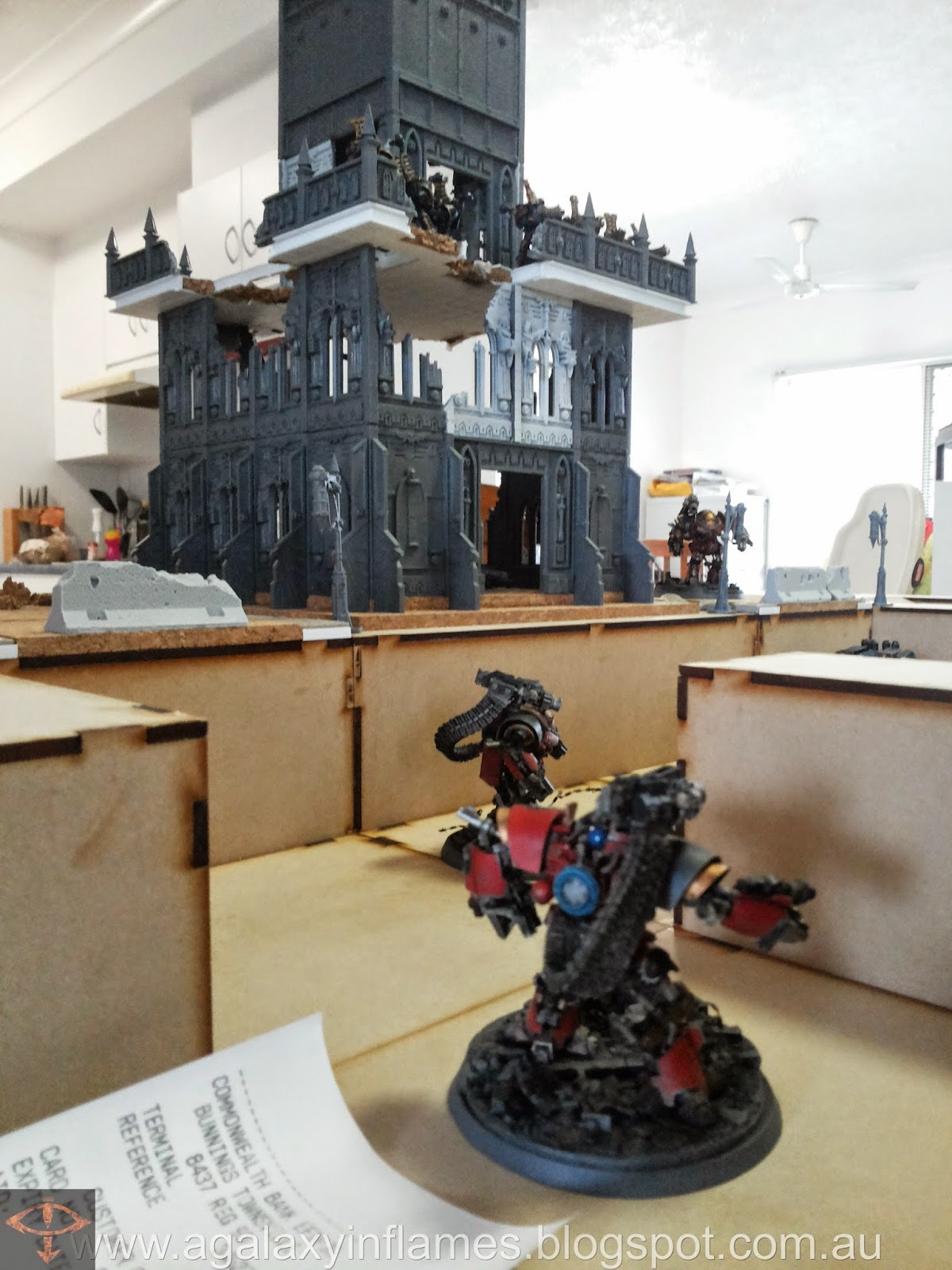 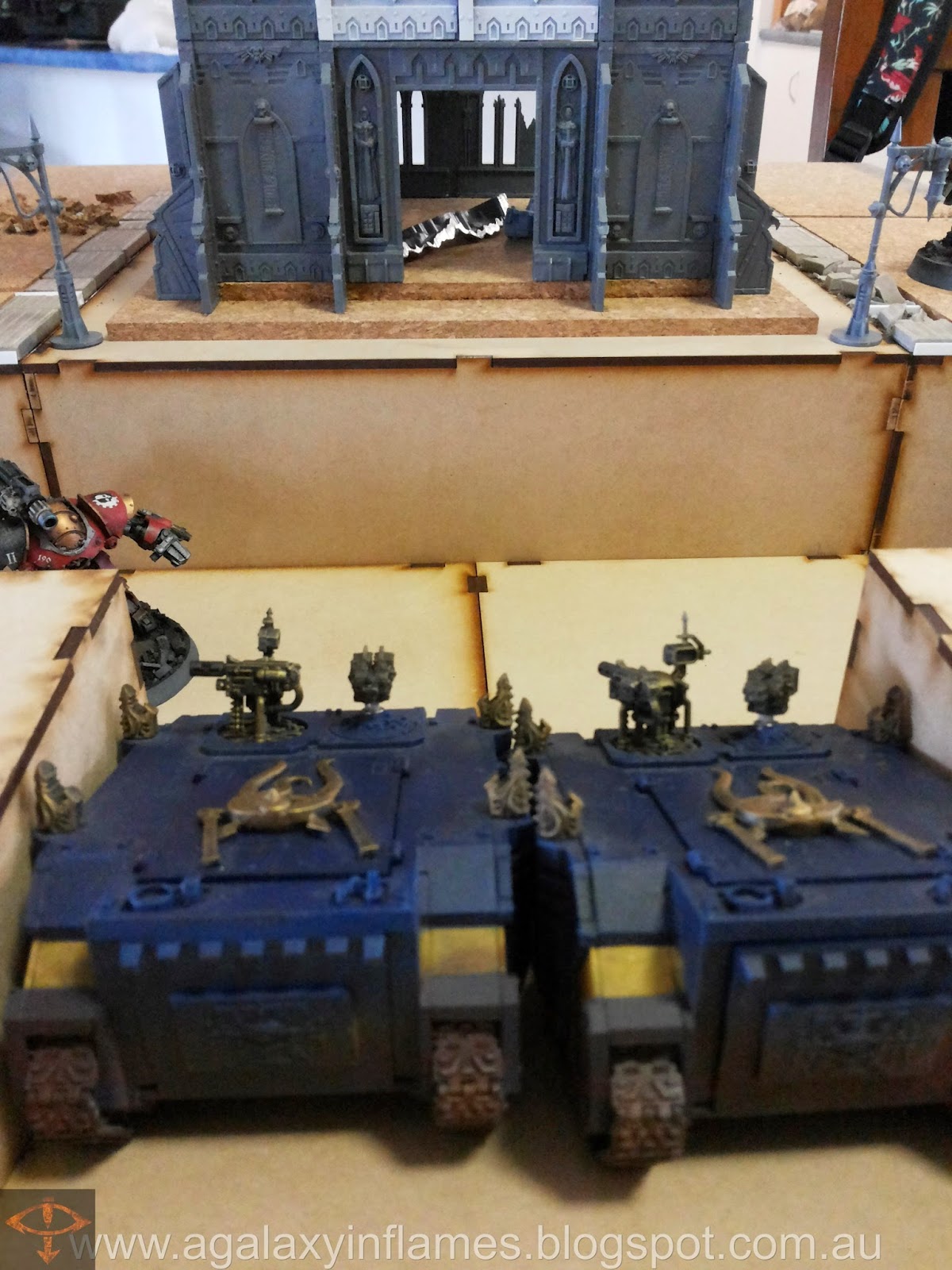 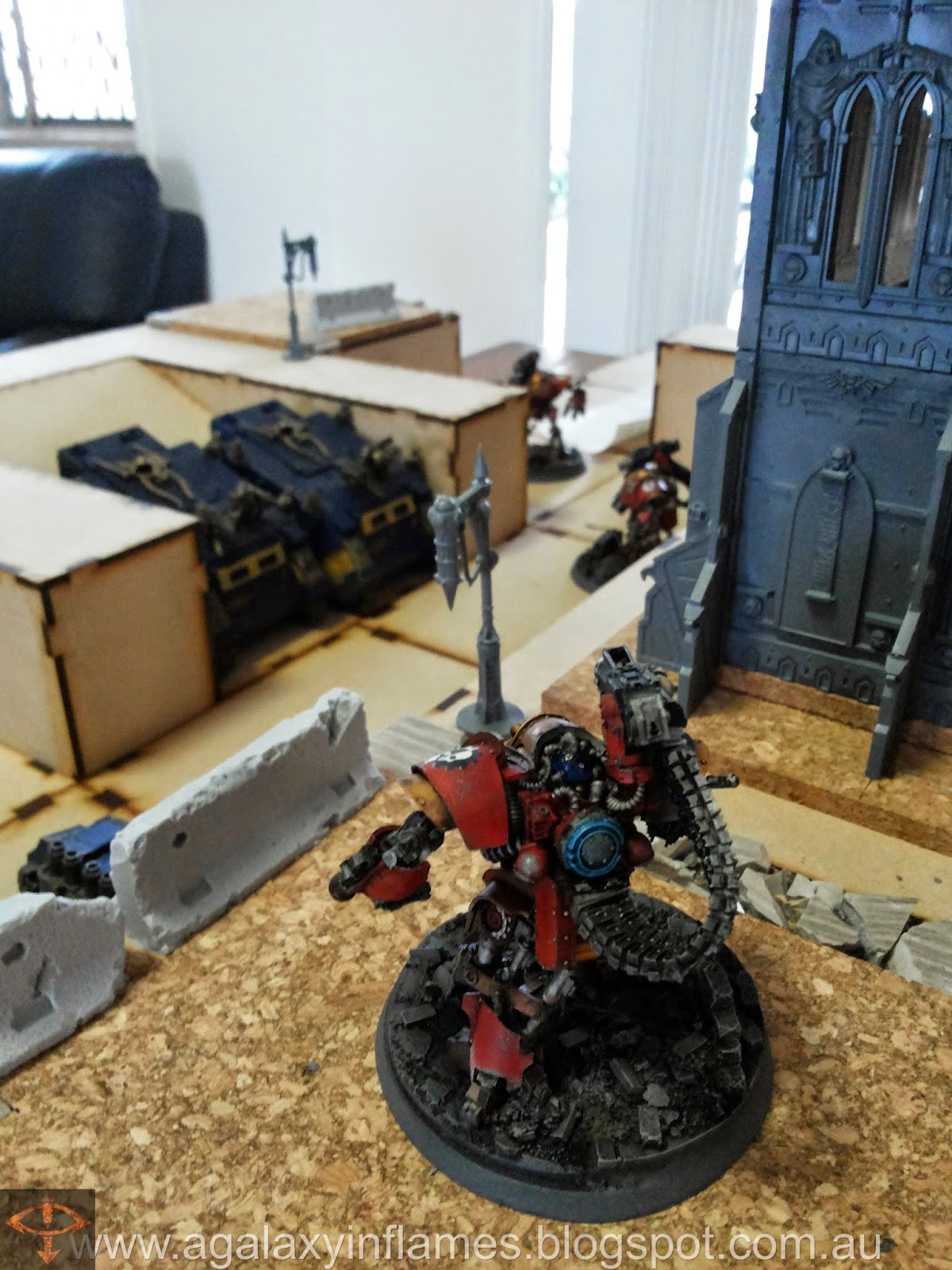 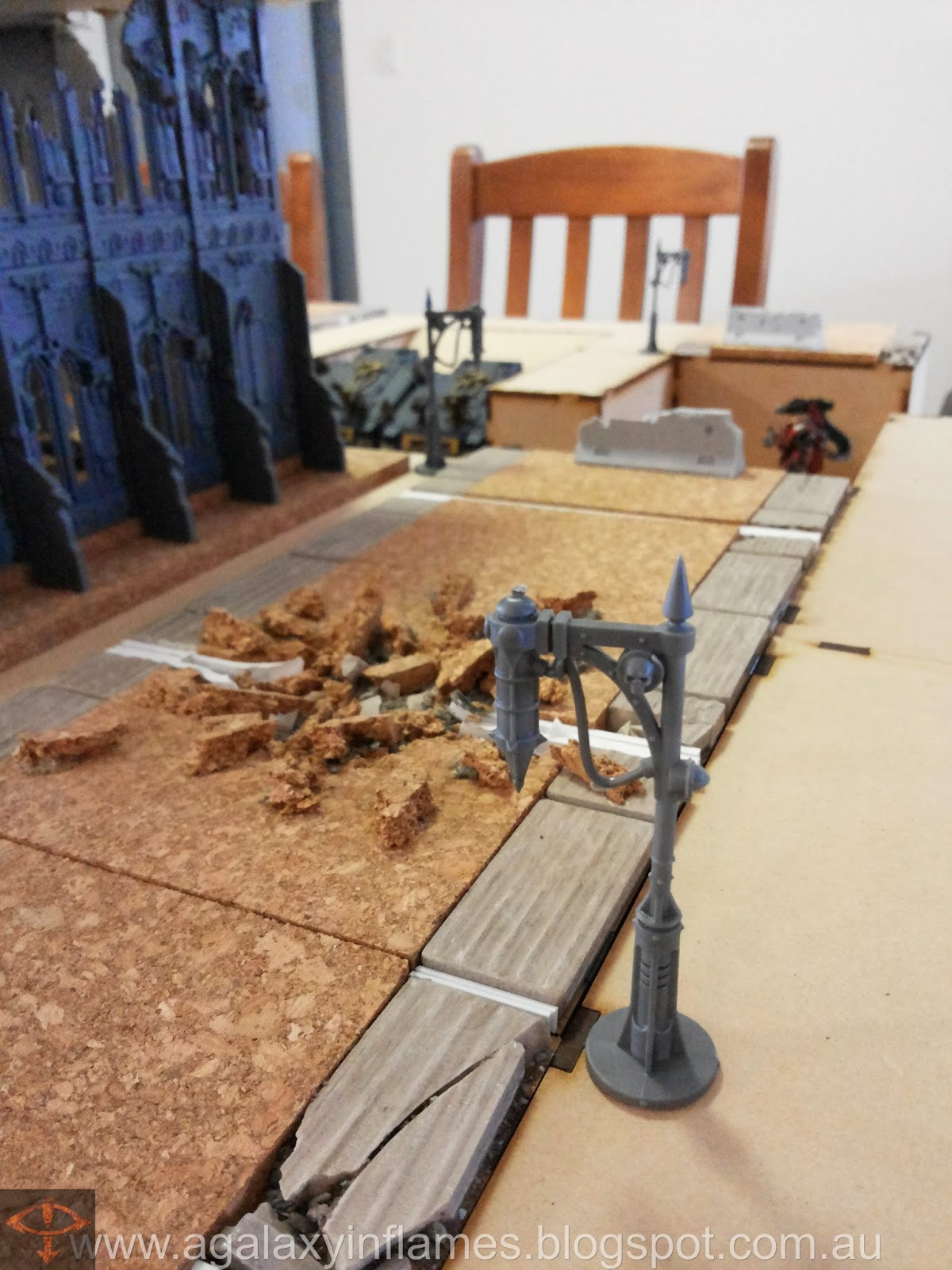 Well, it turns out you can JUST fit two Rhinos side by side going down the ramps, but only if you offset the exhaust stacks. Spartans are a no go, but a normal Land Raider will fit but I have not checked to see if it can turn once in the trench. Adding small things like light posts and barriers make a massive difference to the table, I still have to do a heap of battle damage to the roads and building tiles but just focusing on getting it all built first.

Thanks for looking, more buildings in the pipeline shortly! Please feel free to leave a comment and / or criticism.