The next building hot off the press for the Istvaan III build is what I have called "The Governor's Residence". No real reason behind the name, just figured it was a title worthy of another grand building in the Istvaan III district. Not only did I want to produce a building that looked good, it also had to be practical with model placement so I decided to design it with the back half destroyed. As with the Bell Tower, I cut all the building sections off the sprue and blu-tac'd the parts together and came up with this: 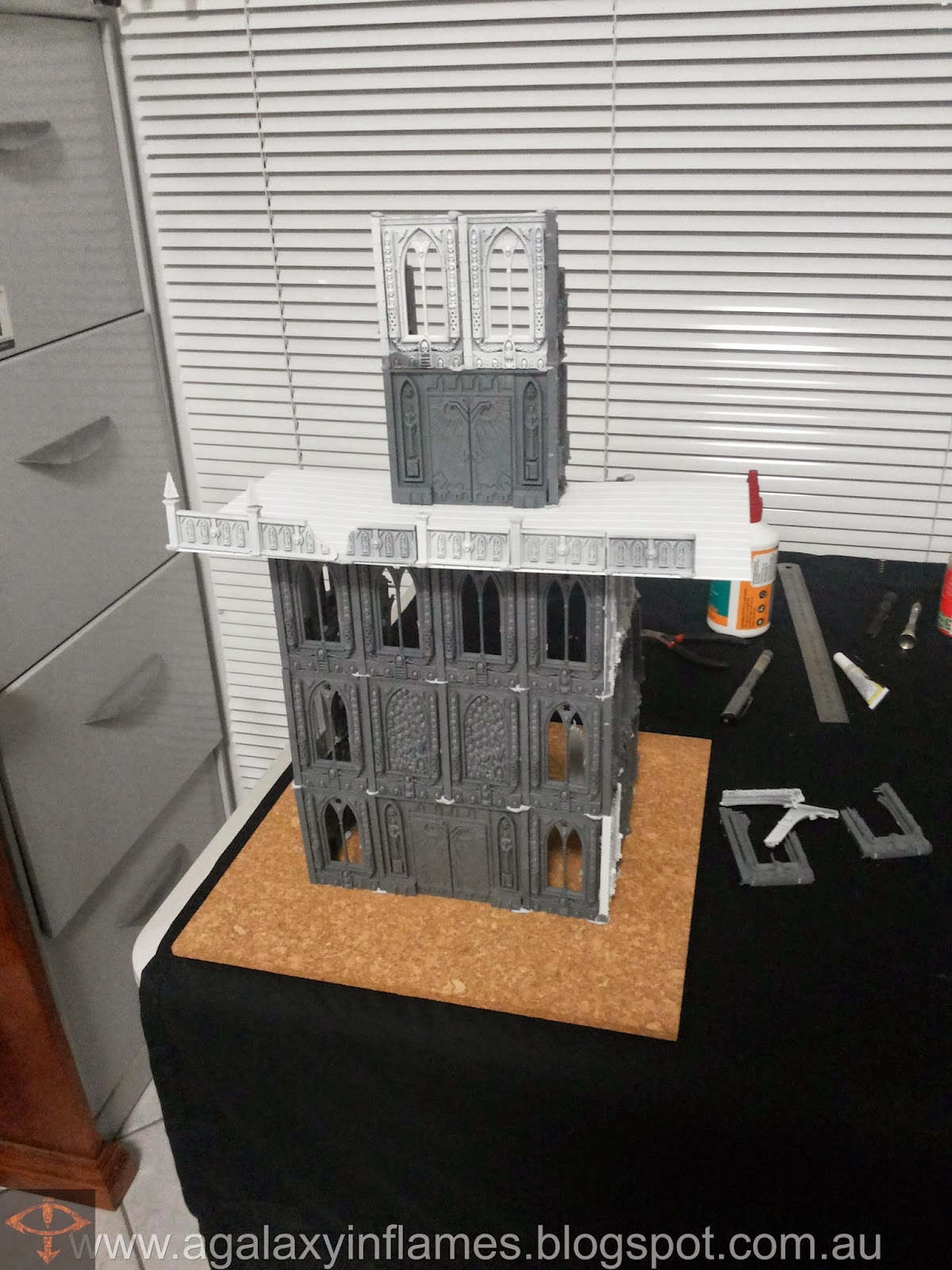 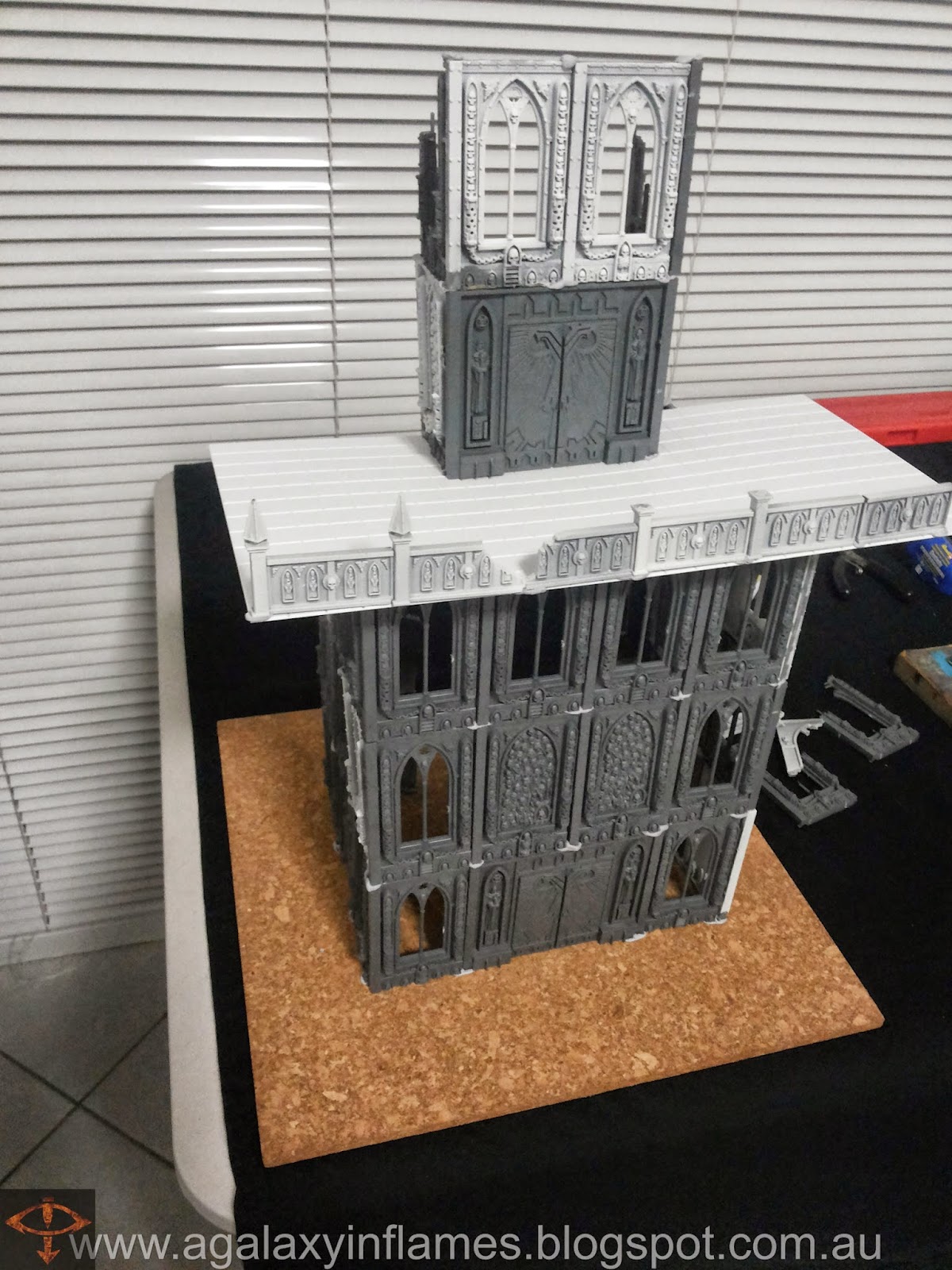 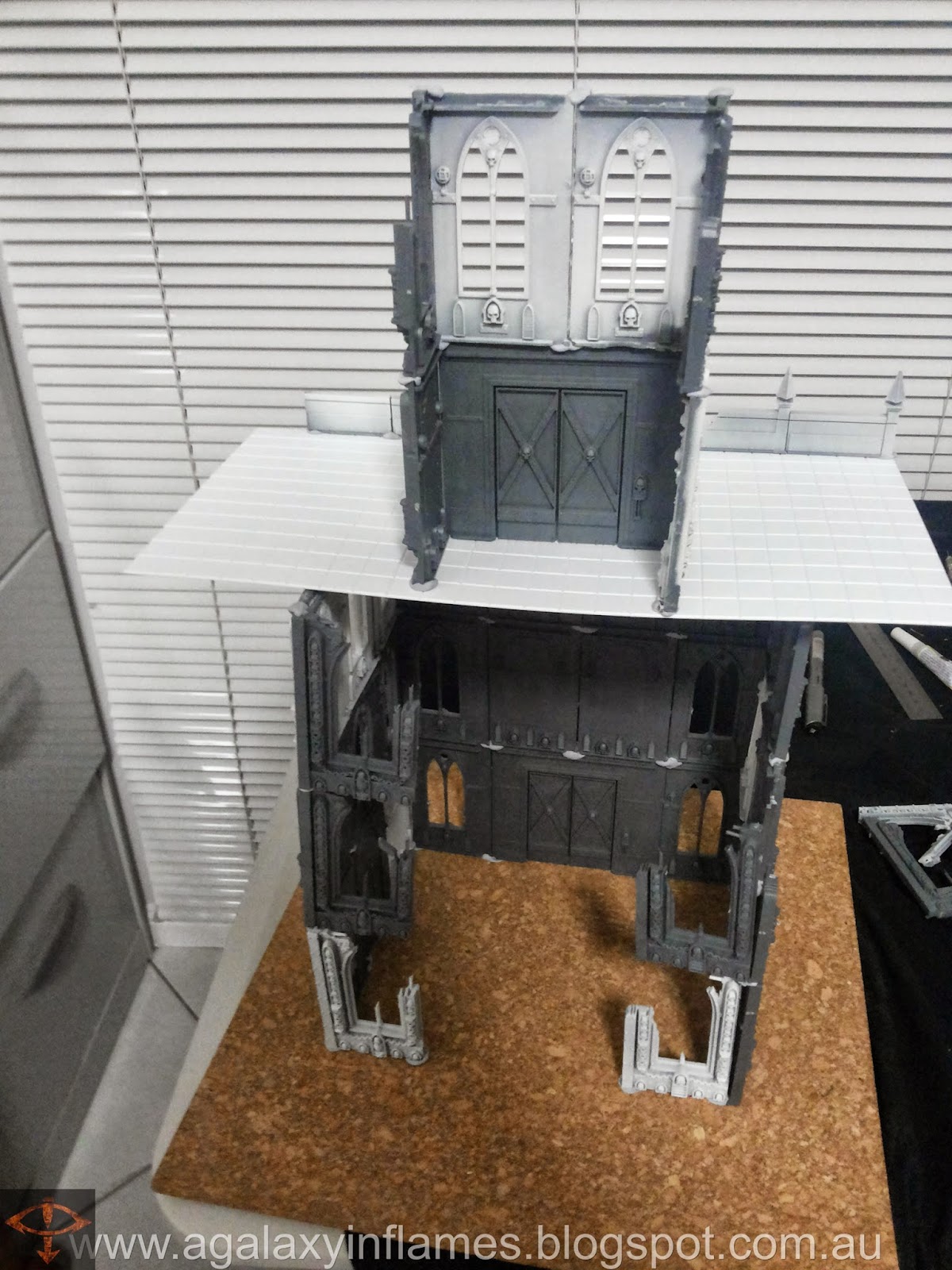 And just for a bit of size comparison, here is the proposed Governor's Residence next to the Bell Tower: 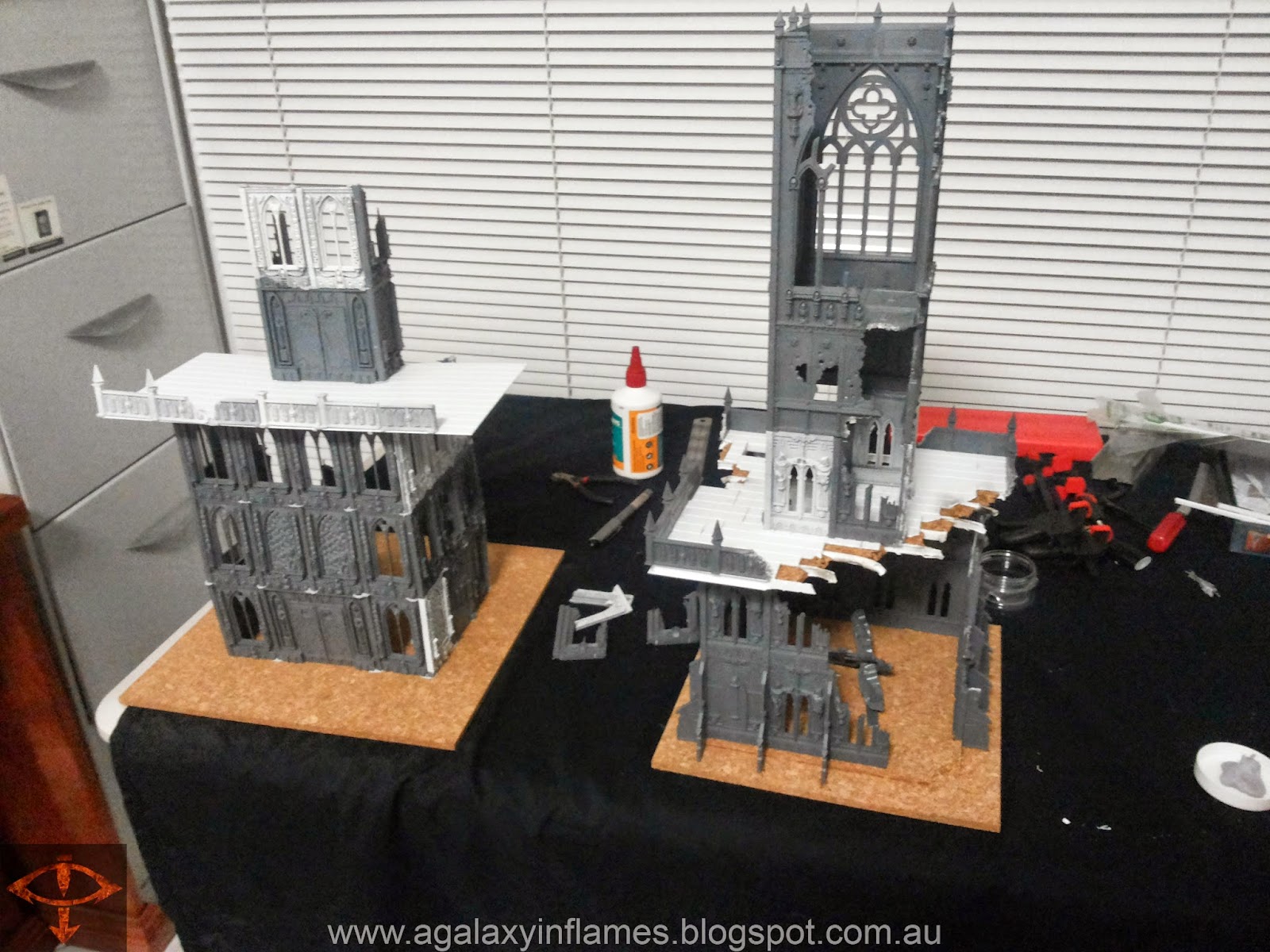 The base was constructed pretty much the same as the Bell Tower, with a tiered layer of cork acting as a foundation, and the first layer of walls pinned into the cork. The wall supports were also fitted to the lower foundation go give the same effect as the Bell Tower, rather than just sitting on the table I wanted them to look like they belonged on the table. "I" beams were also added in as structural supports and damaged appropriately. 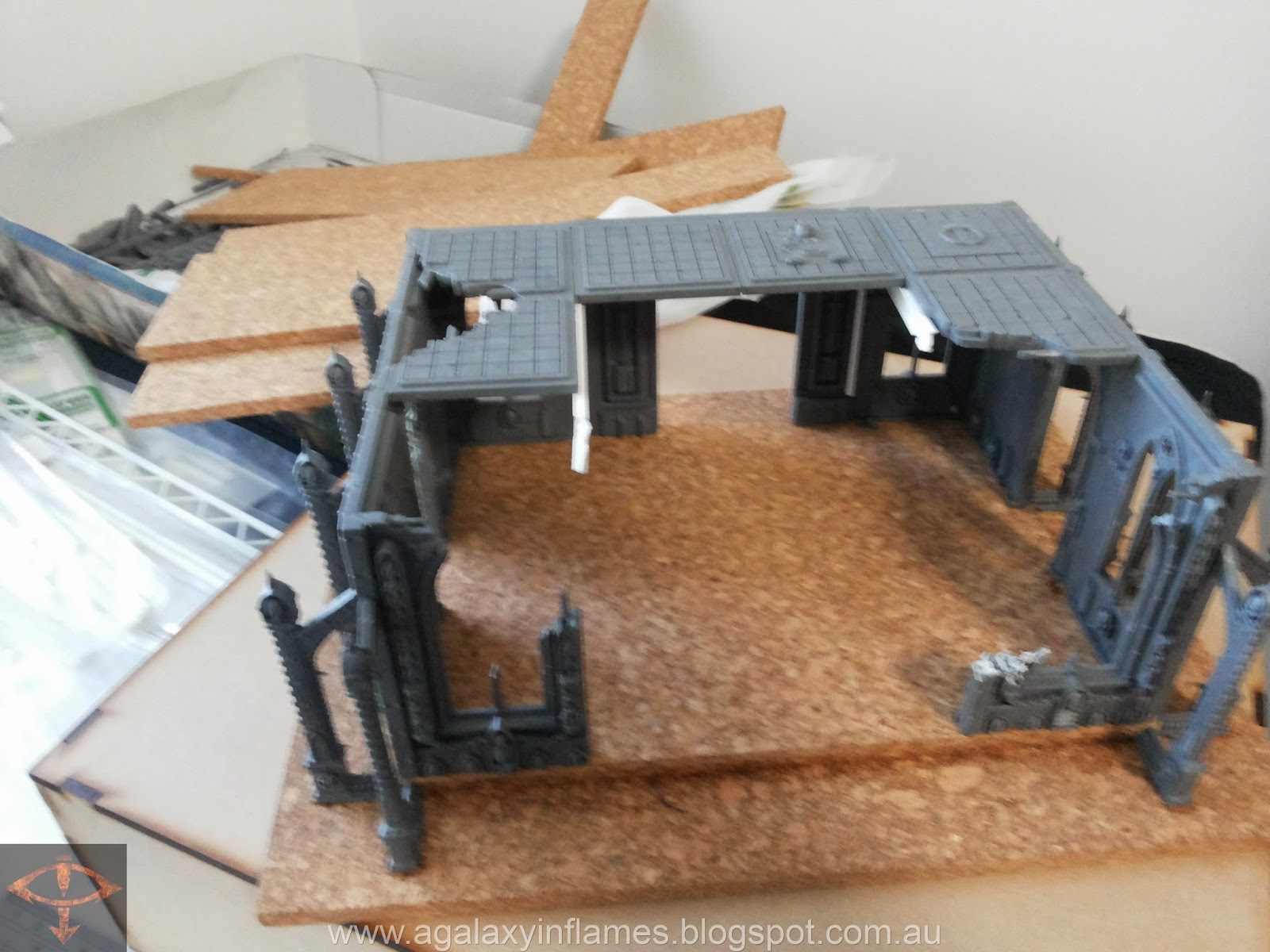 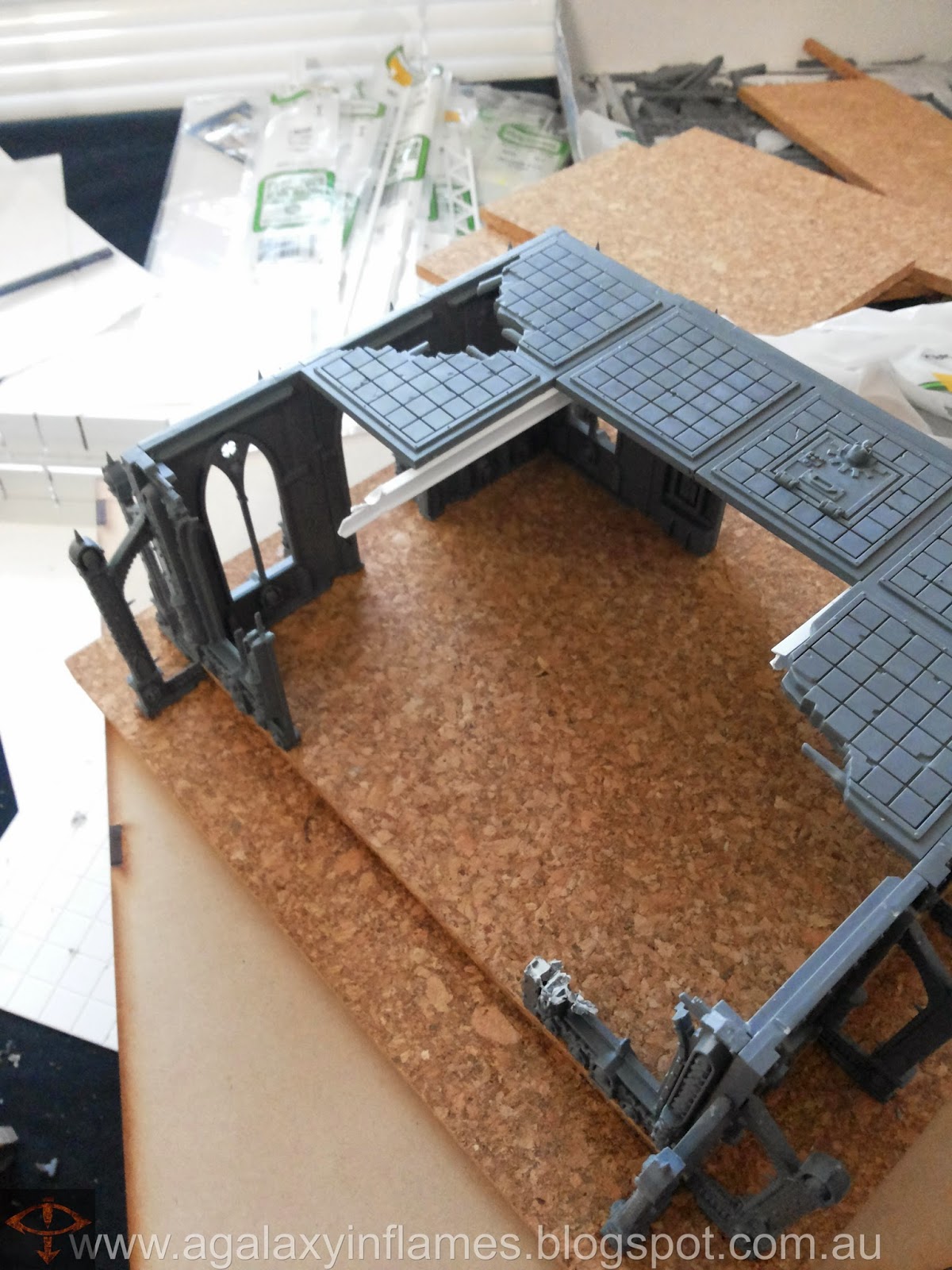 Unfortunately I sort of just powered thru this build and forgot to take some WIP shots... Sorry. But I can tell you I used the same construction method for the floor. I also took it up a notch an decided to build in three main parts, and magnetise the third level as well as the top piece for ease of transport: 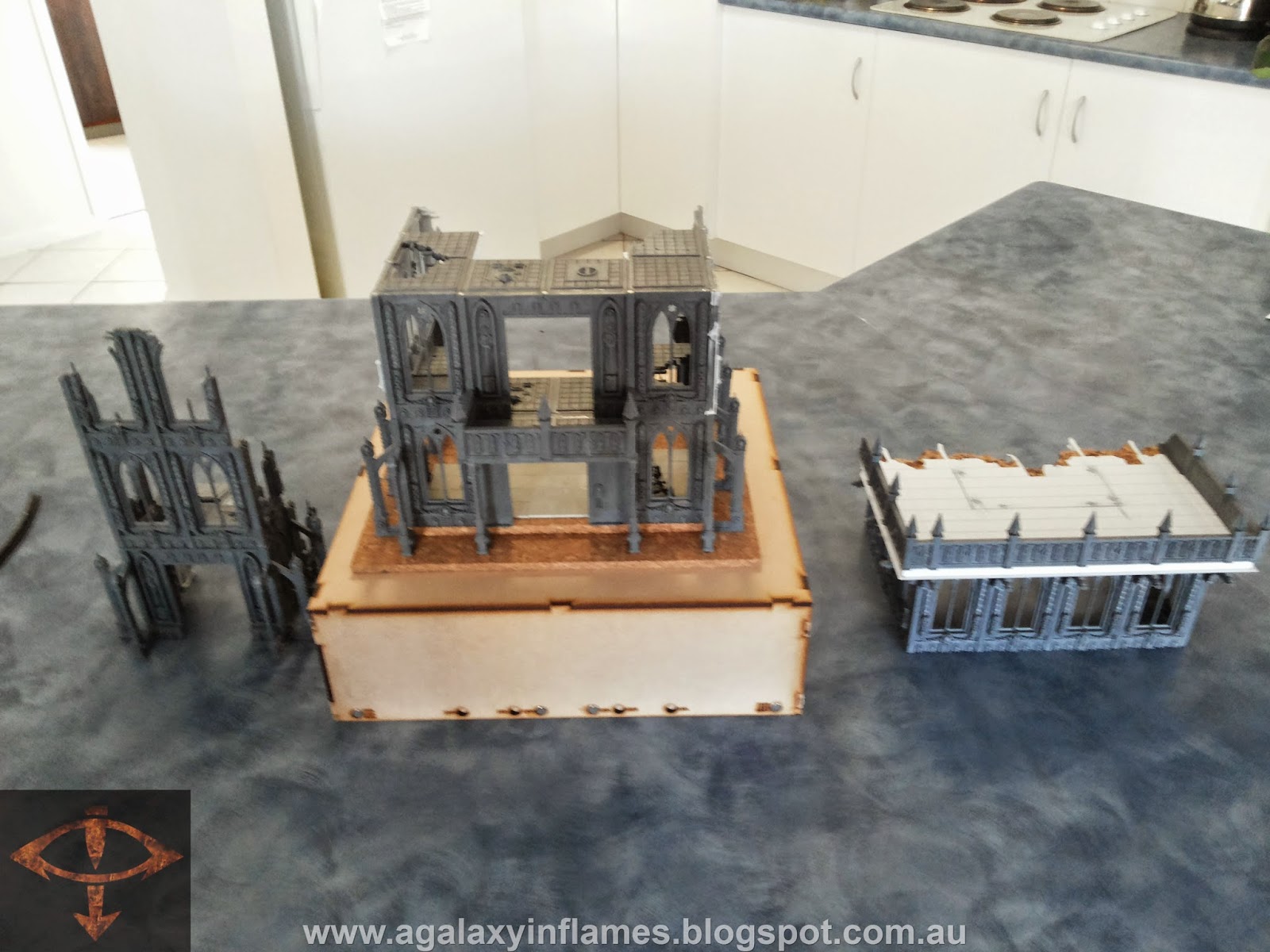 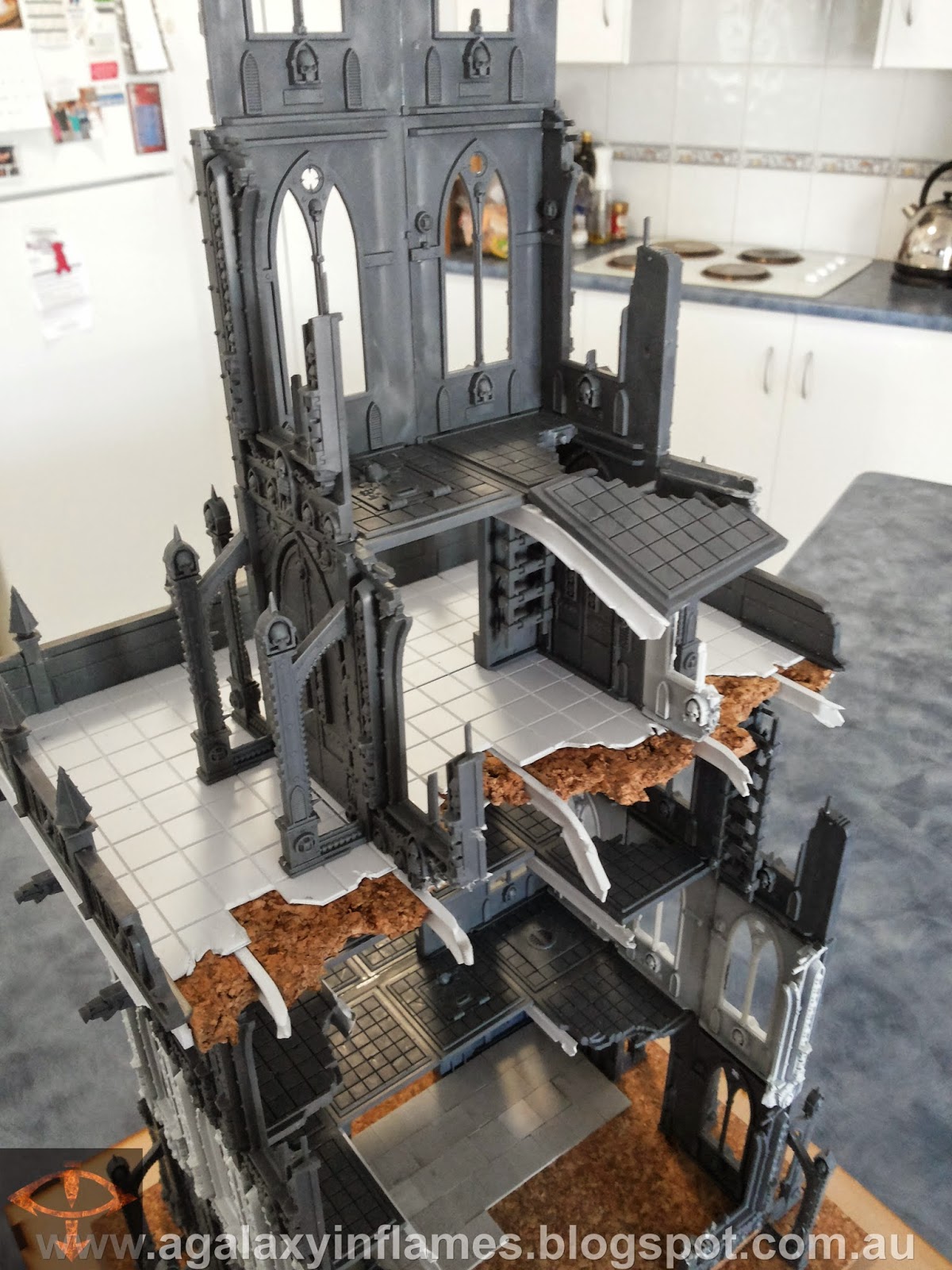 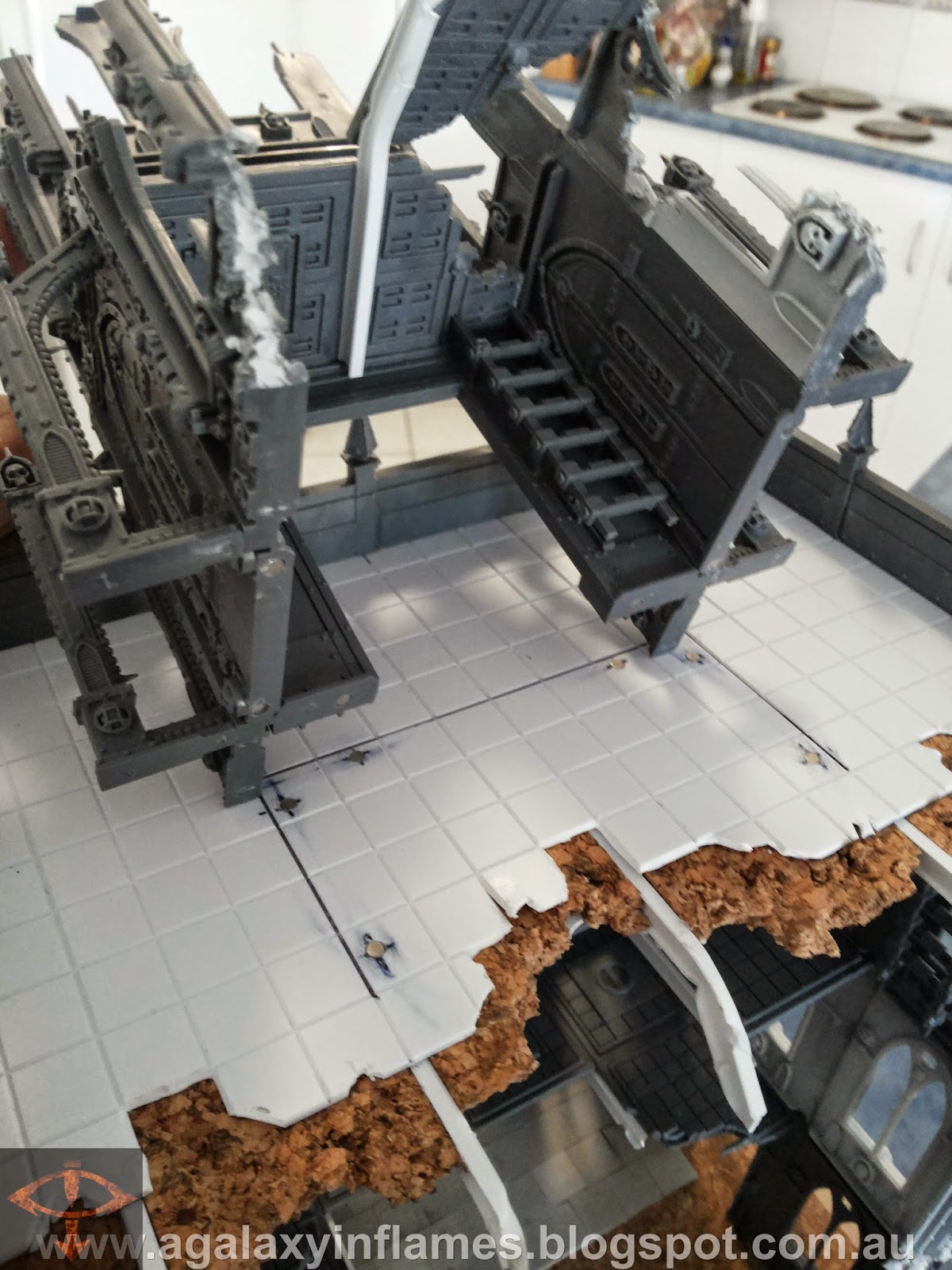 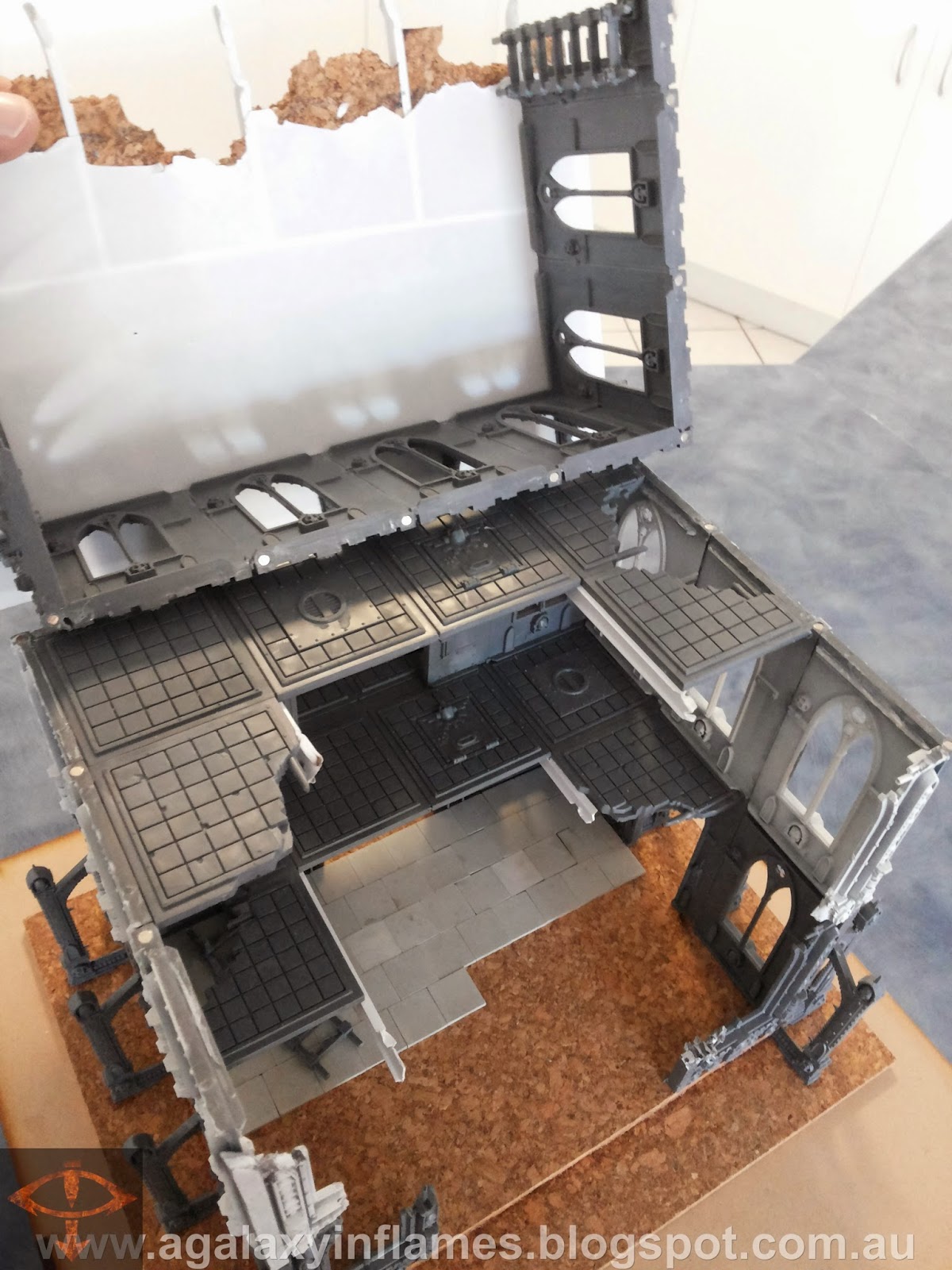 It worked a treat! I used 3mm x 2mm rare earth magnets nearly every "column" and the magnetic force was sufficient enough to hold the building together, even after a light knock. After the success of this building, I went back to the Bell Tower and magnetised the roof and bell tower portion as well.

Here are the completed shots, short of more battle damage and textures to the base: 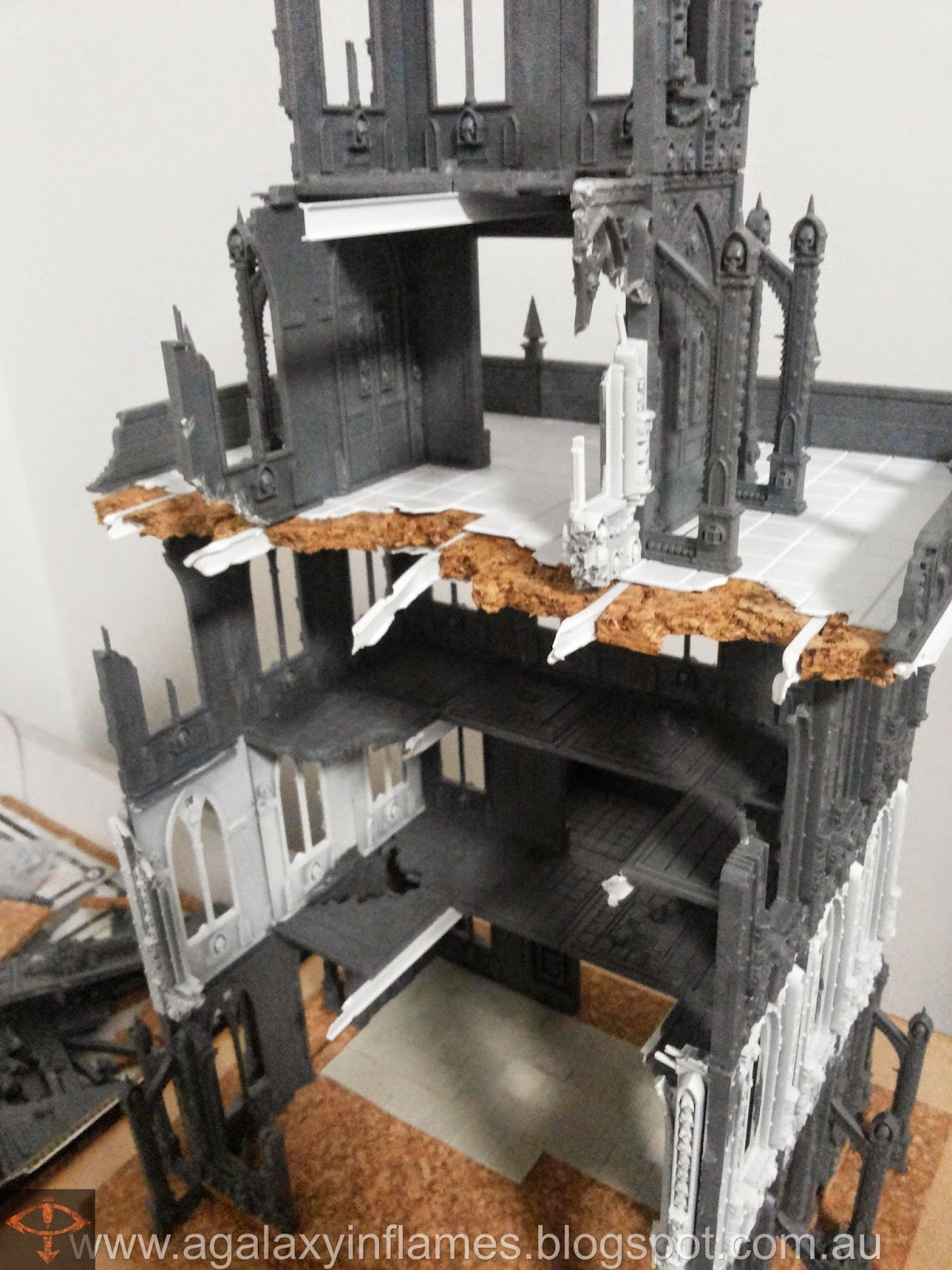 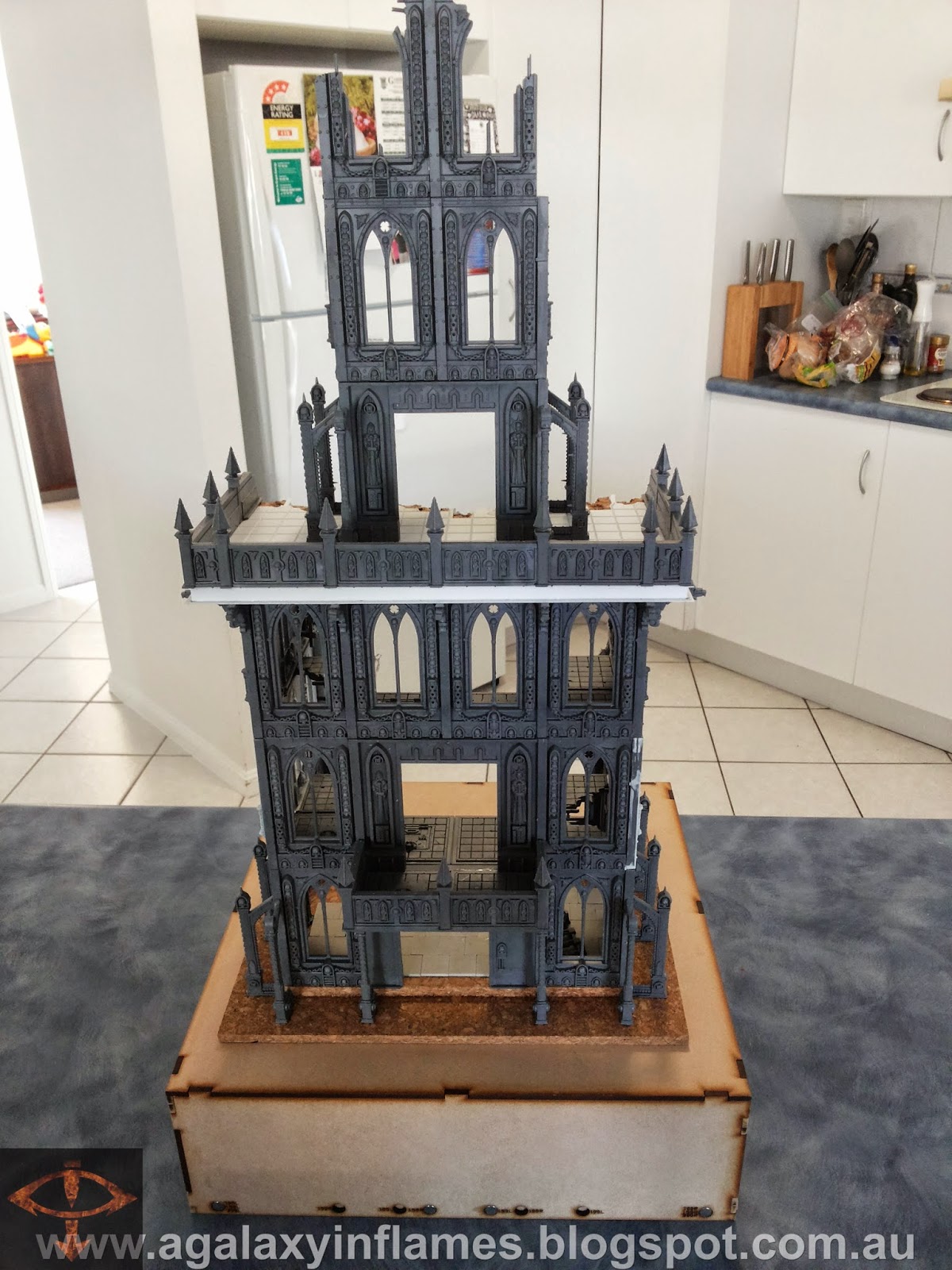 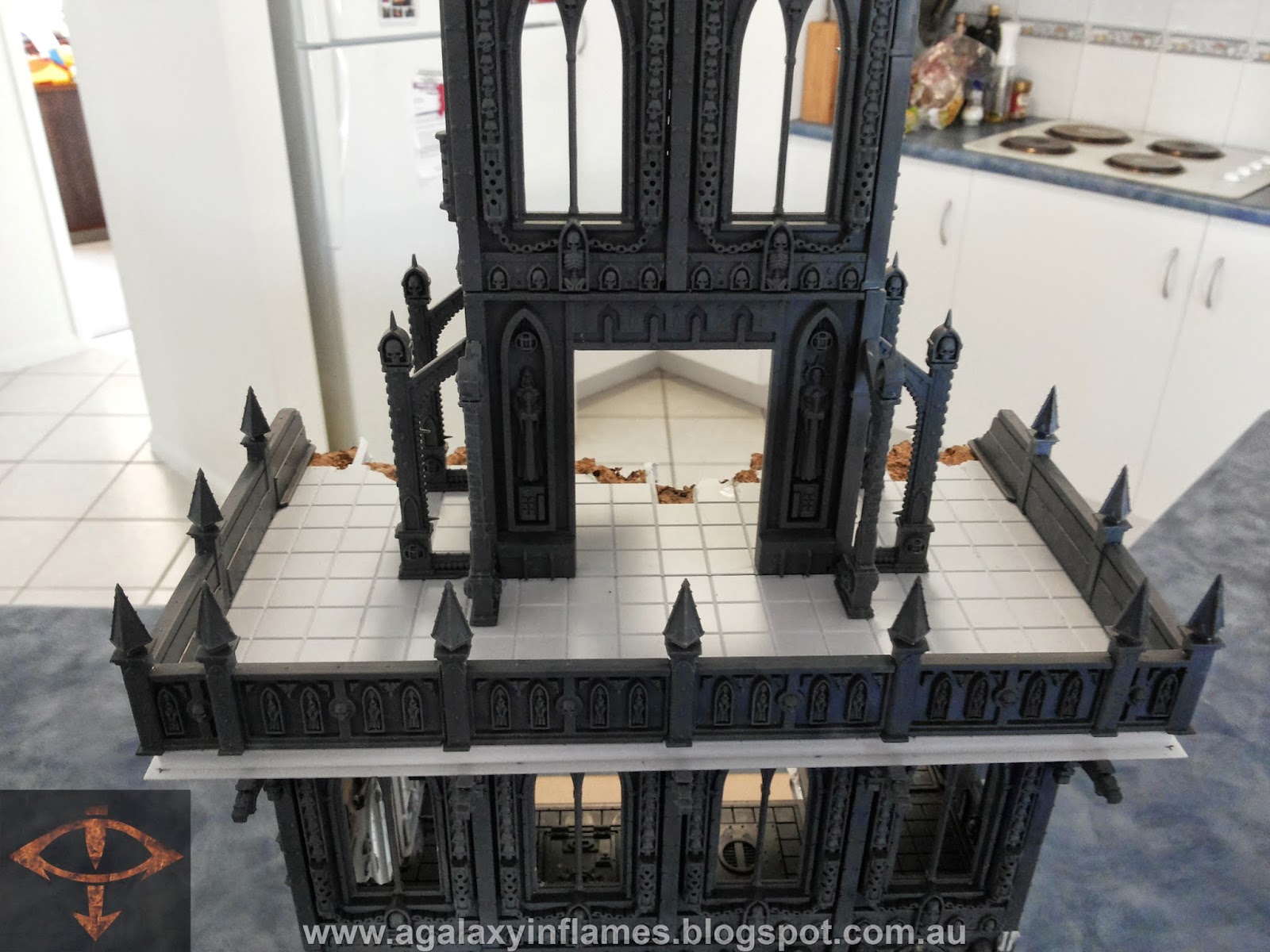 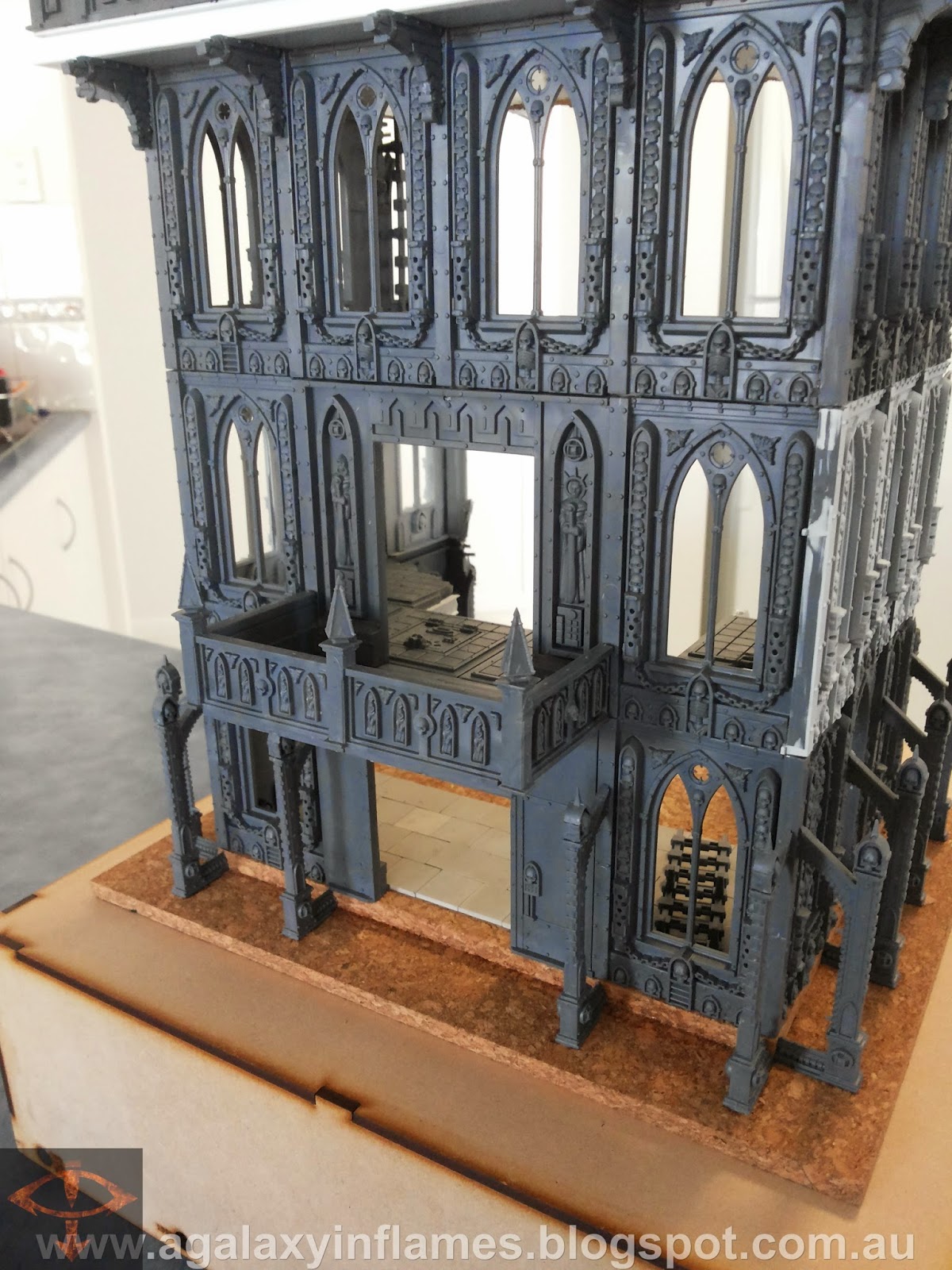 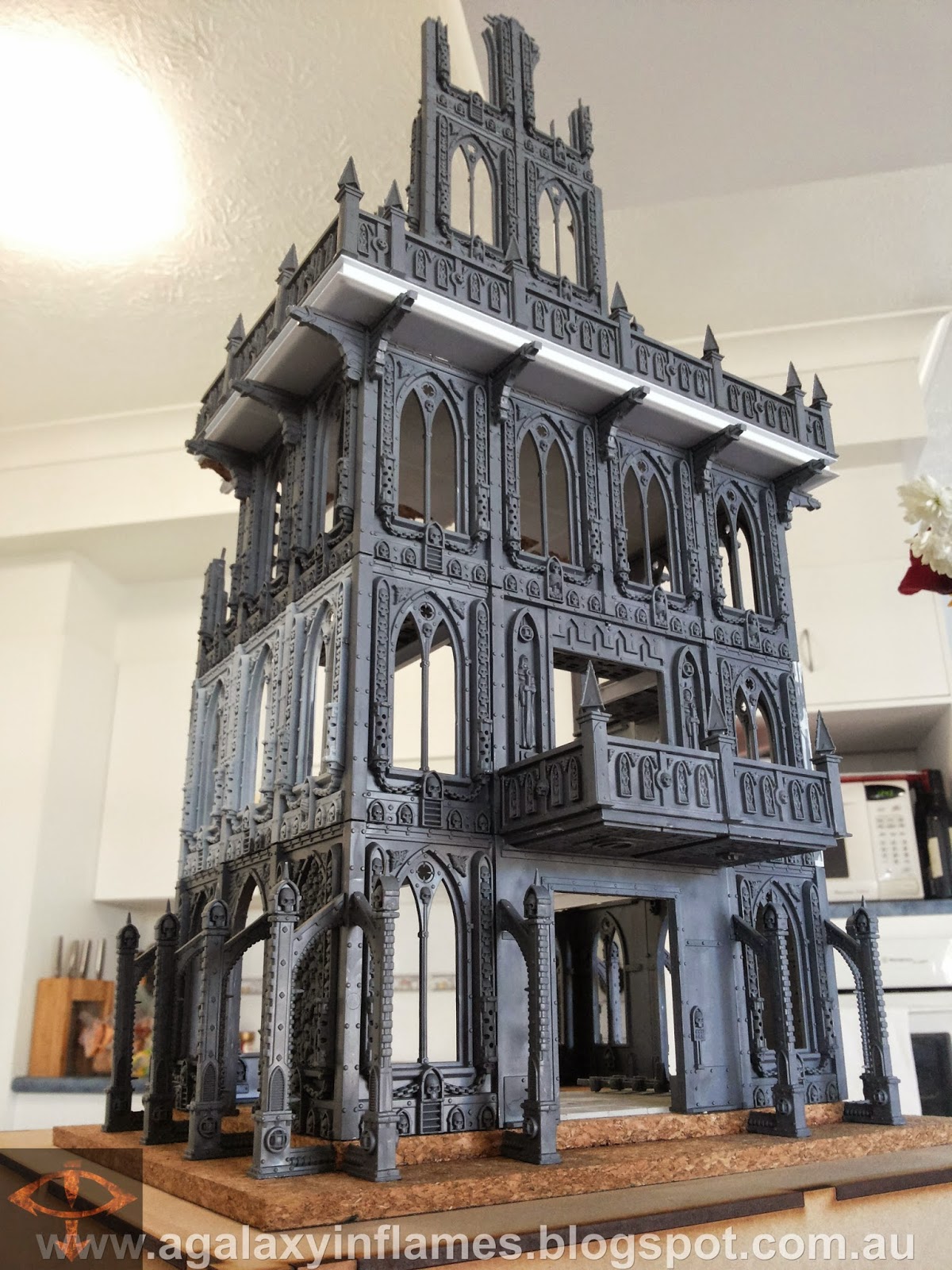 As you can see, I used the same Juwella tiles as the last building, and when I get back to the building bases these will be hit and smashed in place. It also rivals the Bell Tower in size, so I now have two big buildings on either side in interest of equality of table halves.

Well I hope you have enjoyed the Istvaan Series so far, it has been an EPIC week of hobby and blogging! Please feel free to comment if you have any comments, criticisms or suggestions.