Keepy here covering off the first of six buildings that will make up the Istvaan III table, the "Bell Tower". I have gone away from using any religious naming conventions for the buildings as during the Great Crusade, He had outlawed religion and instead the Imperial Truth was practiced.

I wanted the Bell Tower to be grand, a massive building that doubled or tripled the normal scale of buildings that we normally play on for 30k to give off the feeling that you are fighting in a hive city, an area packed like the CBD of a modern day city. I started with blu-tac and test fitting pieces together and this is what I came up with: 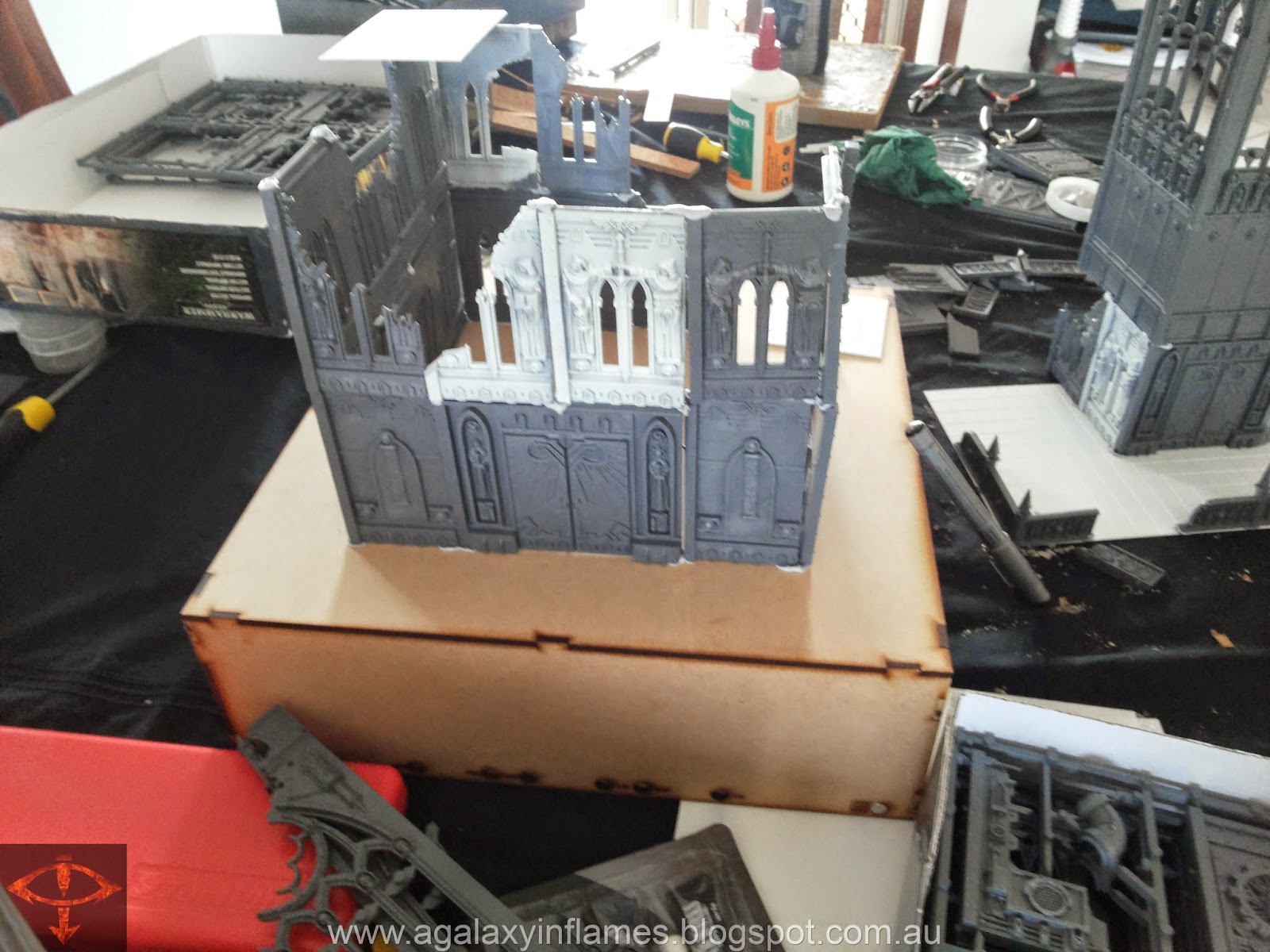 I made the base of the building four sections across by four sections wide made with Imperial Sector parts. I then used a piece of tiled plasticard as a floor and added another smaller level, then the tower sections.


I then made the middle floor section with two layers of tiled plasticard and filled it with "I" beams and pipes. I filled the gaps with cork board.

I was really happy with how the floor section turned out, all I had to do with it was battle damage it to take off the square cut look. 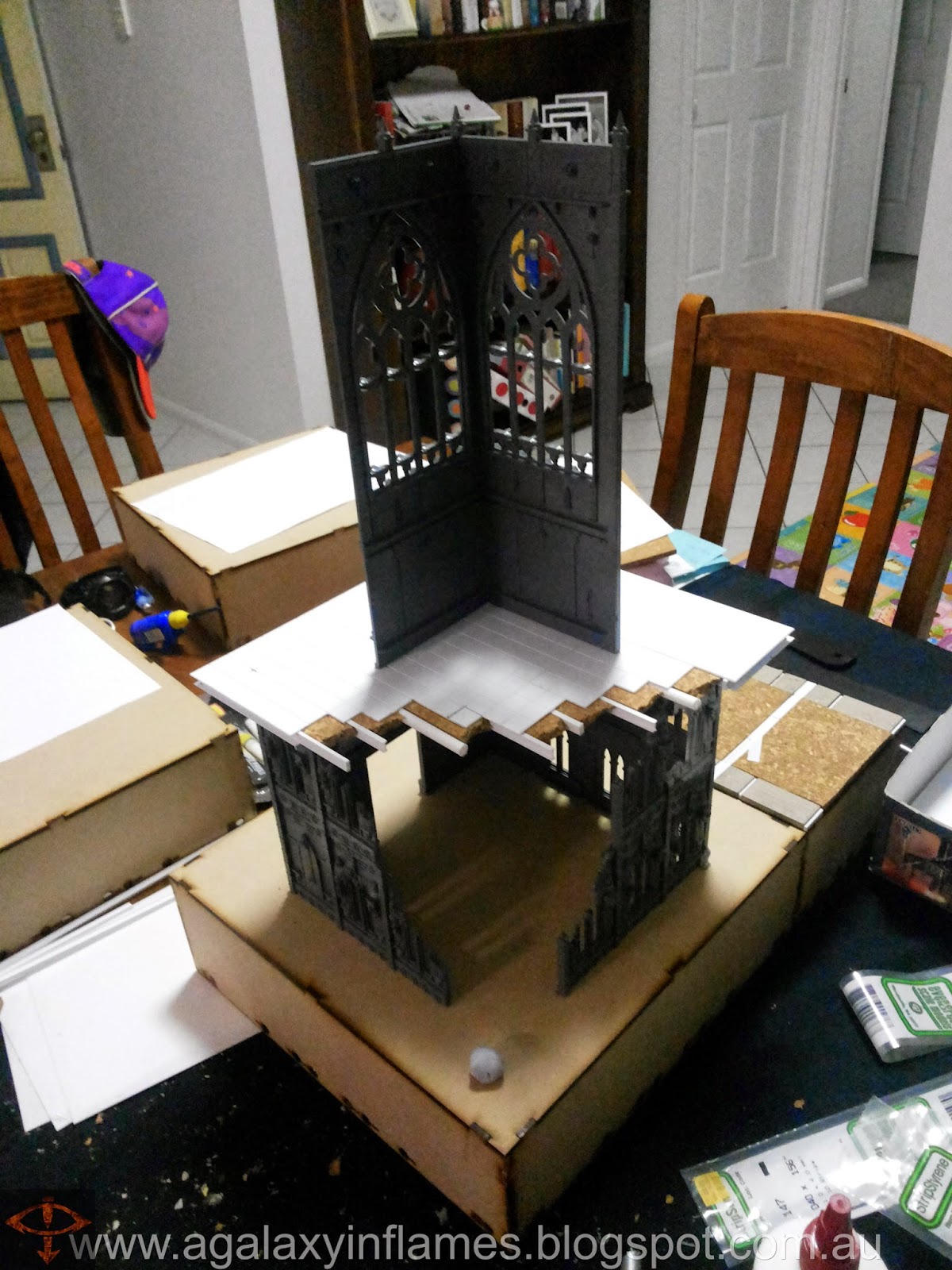 With the structure shape and size decided, it was time to base this behemoth of a building. Instead of having no floor section at the base of the buildings like most ruins, I wanted to have the buildings look like they were on proper foundations. I pinned and glued the completed lower wall sections onto a sheet of cork cut to the exact size of the building, and then glued another cork sheet to the bottom of this that was about 30mm bigger on all sides. This gave the illusion of a deeper foundation and also served as a tiered concrete base without having to add steps. It also makes battle damage easy as you can tear at the cork with pliers, exactly the same way as the road sections. I then added the support posts to the lower level of the cork, completing the tiered foundation look.

Once I had the base done, I had another test fit to make sure I was on the right track and then added a couple of road sections and models to add a sense of scale. 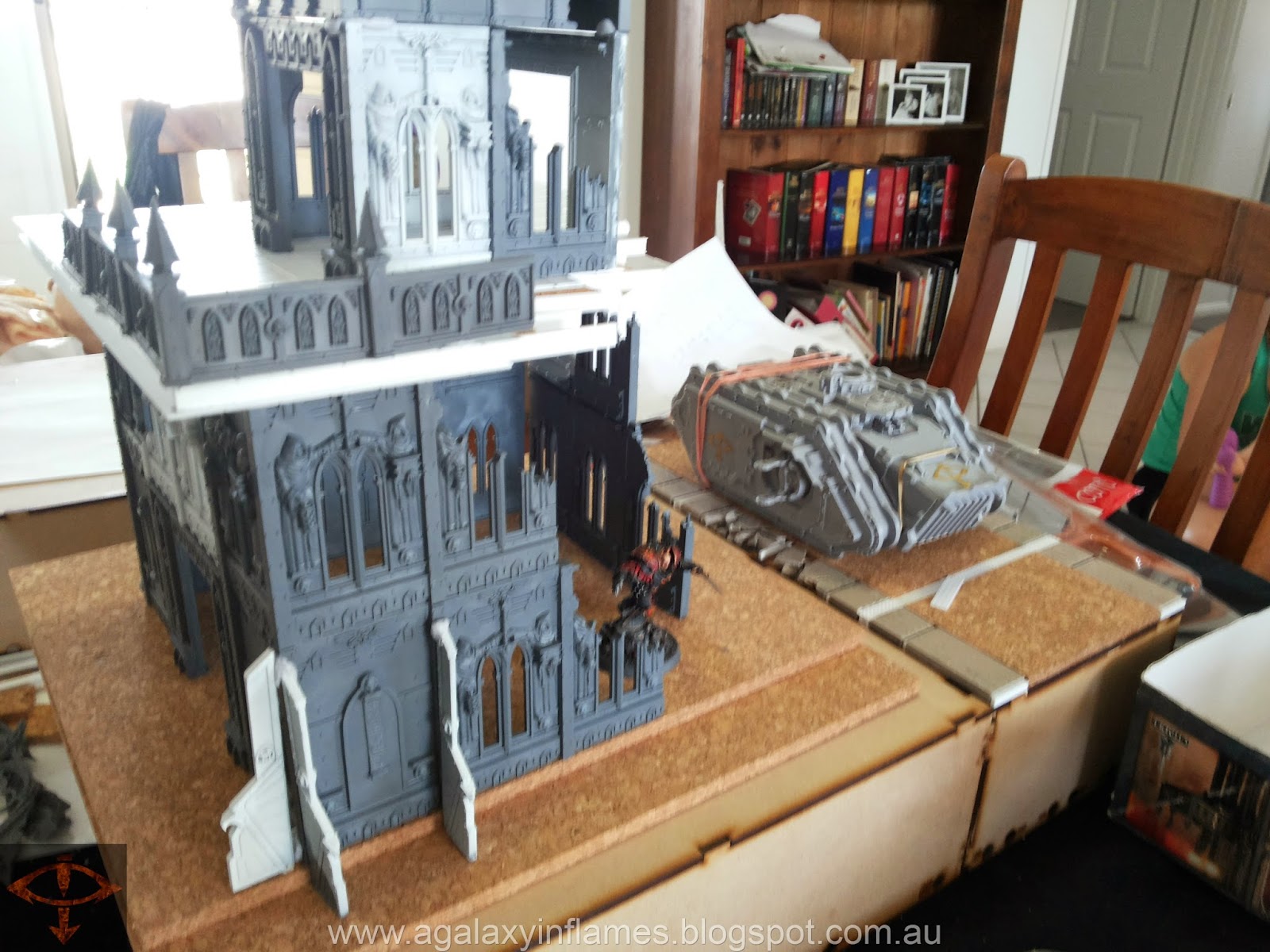 Now happy with the test fitting, it was time to assemble the rest of the tower. These clamps were invaluable, and were only $10AUD from the local hardware store. 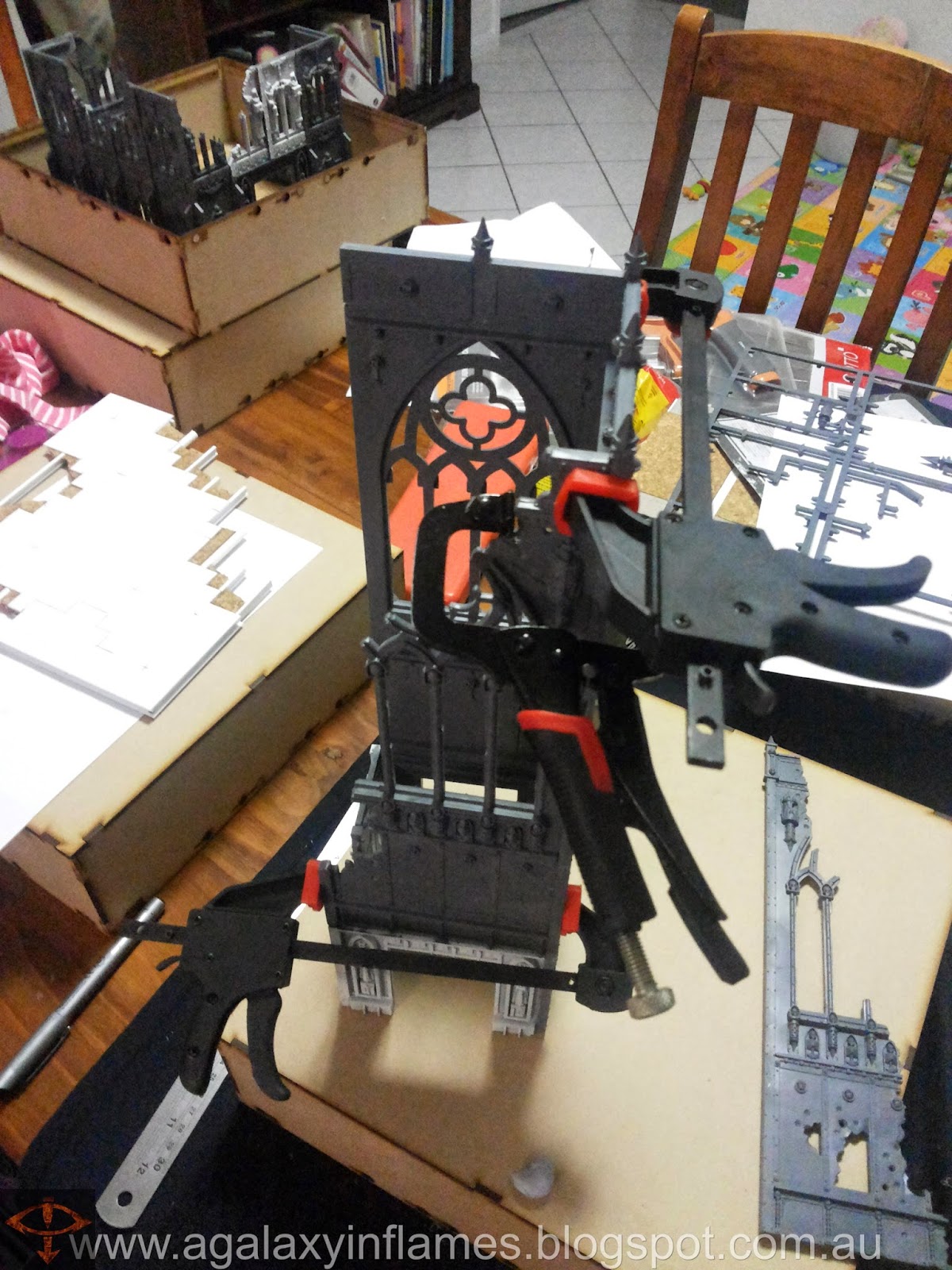 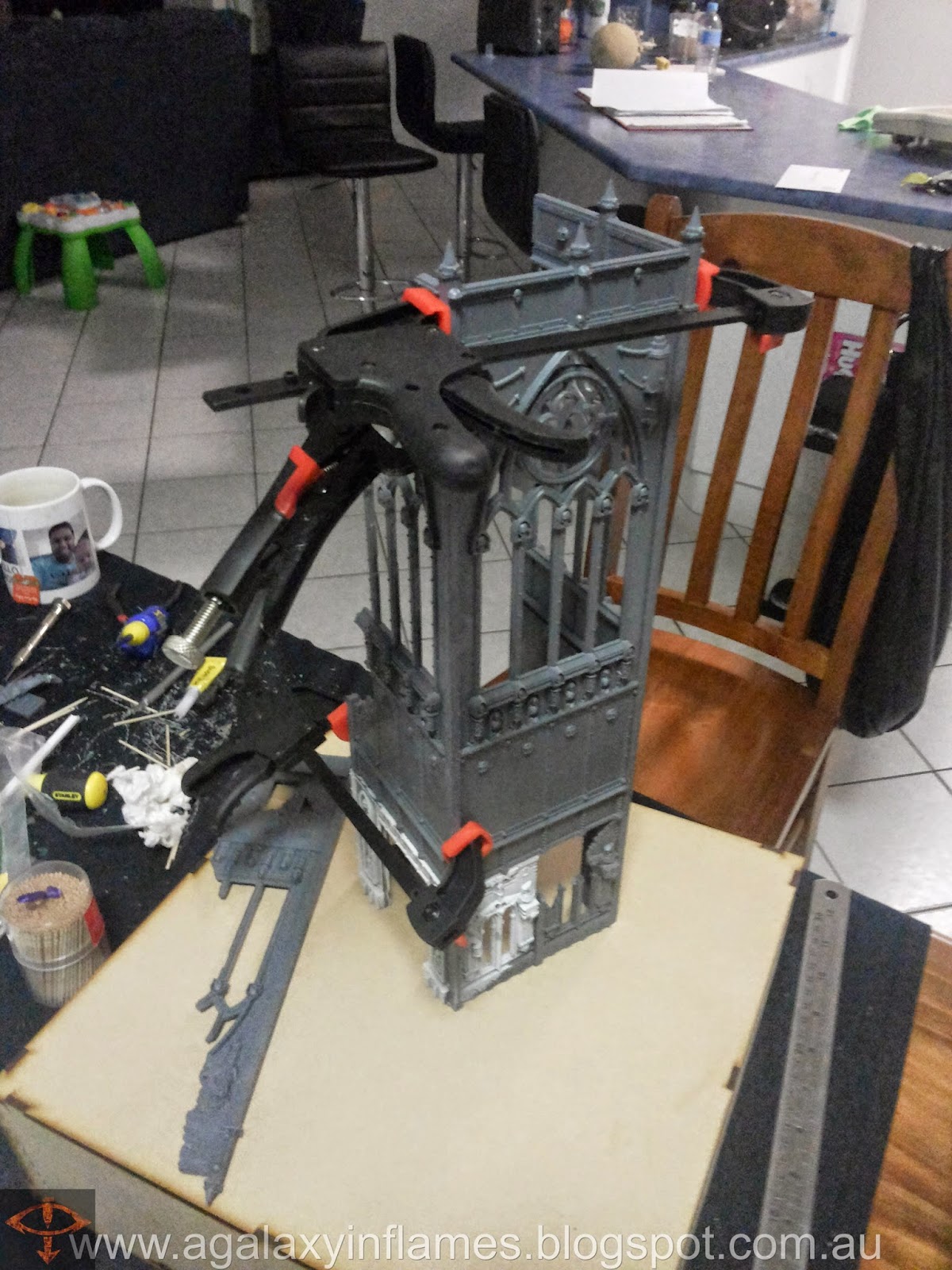 So that is the main build done! 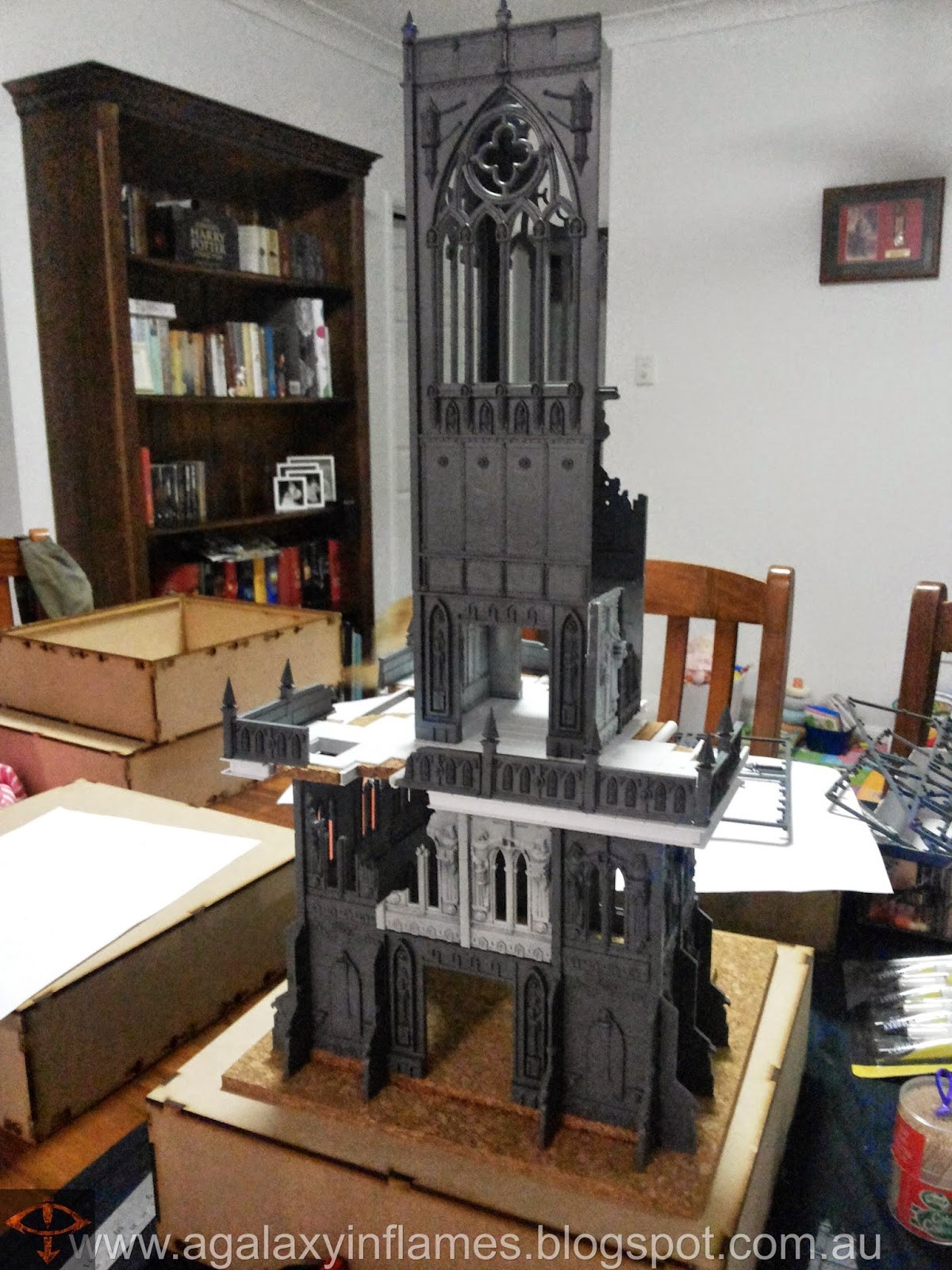 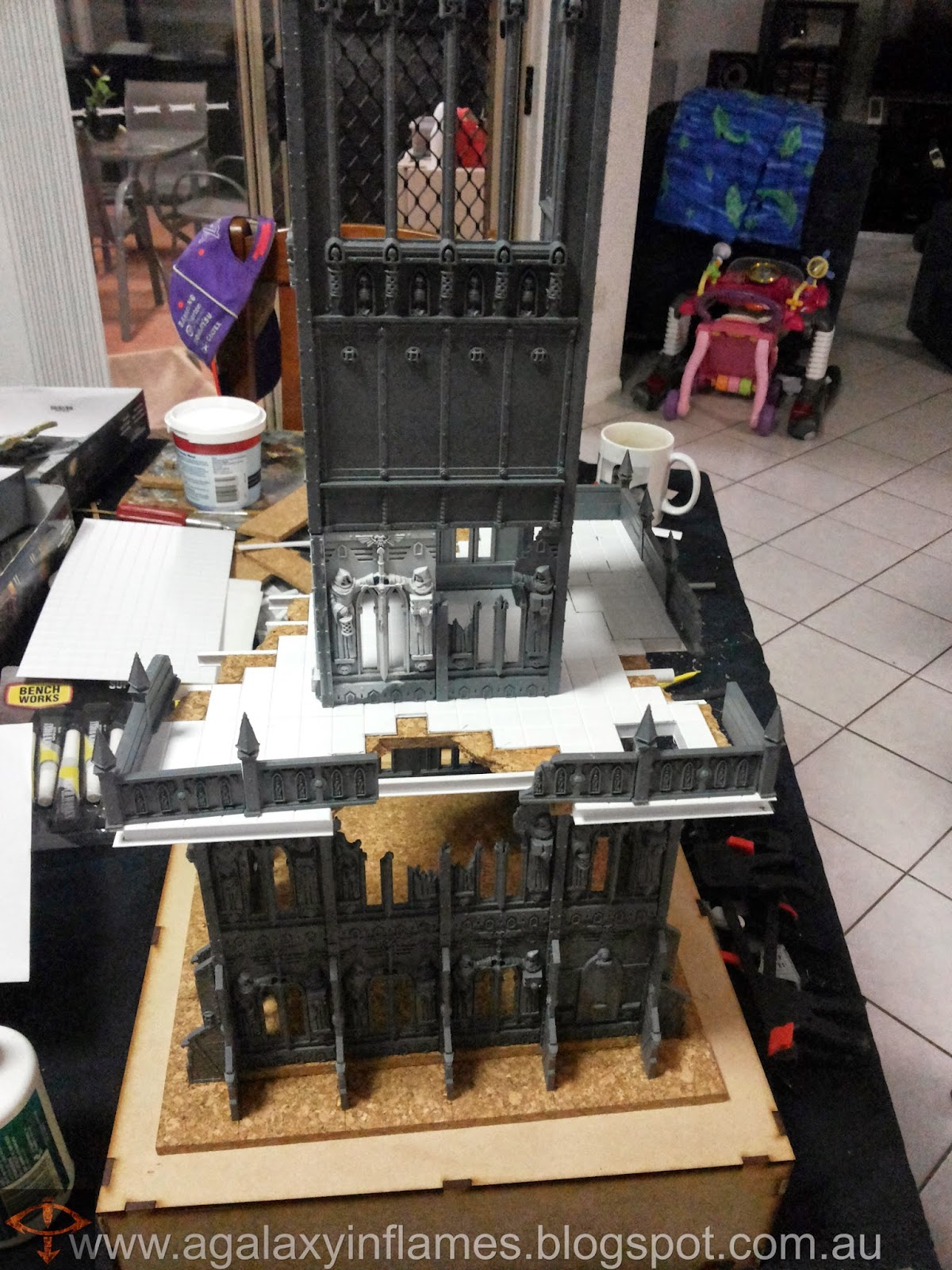 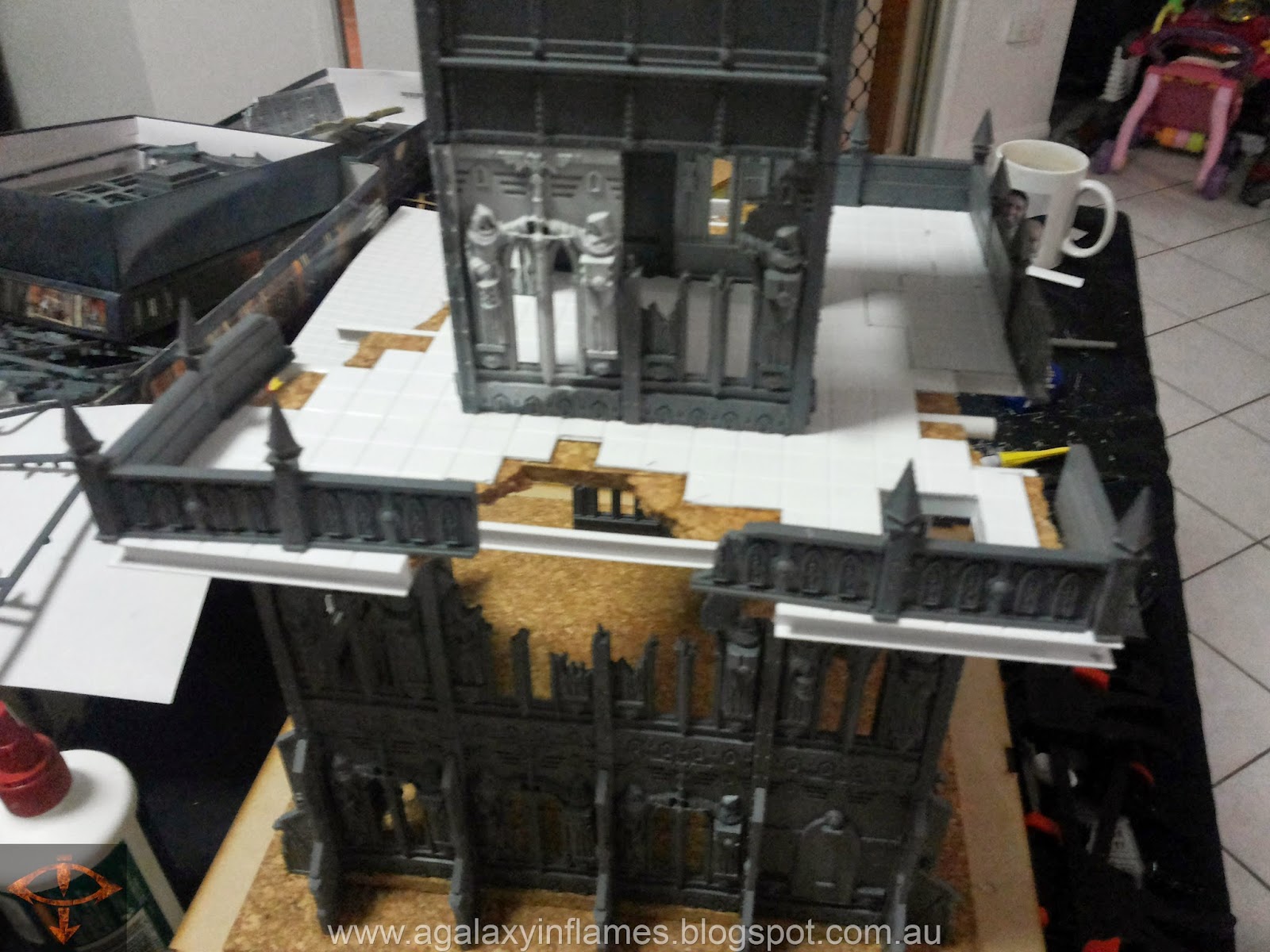 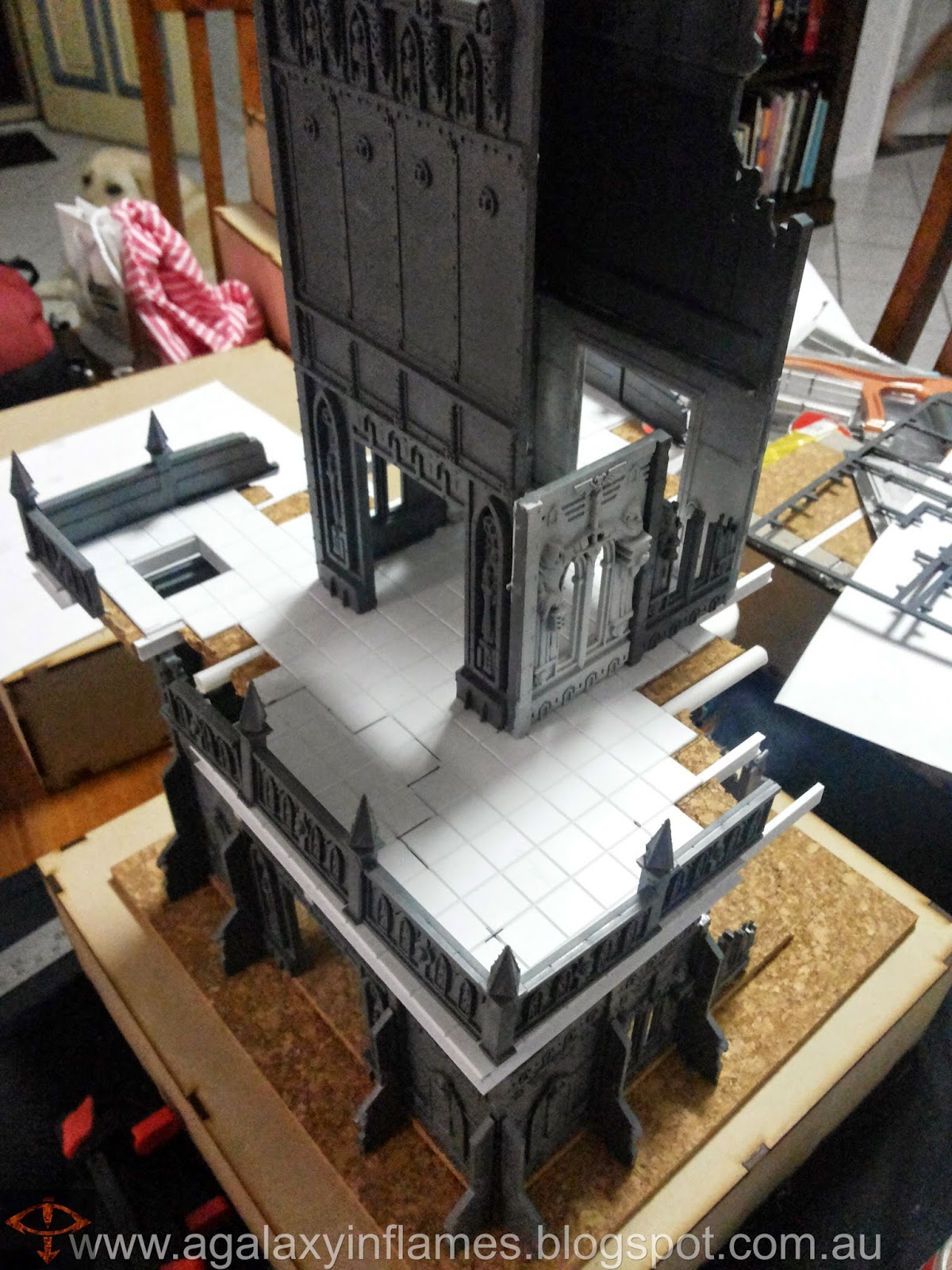 As you have picked up, I constantly check and recheck my progress to see if I am on track to where I envisaged to be. I do this mainly because sometimes I can get so focused on building something, I forget the context it has to be built around. It is much easier to check that it looks how you want it by testing rather than having to pull apart glued or even finished pieces. With the building assembled, it was time for another context check, but this time with multiple tiles. 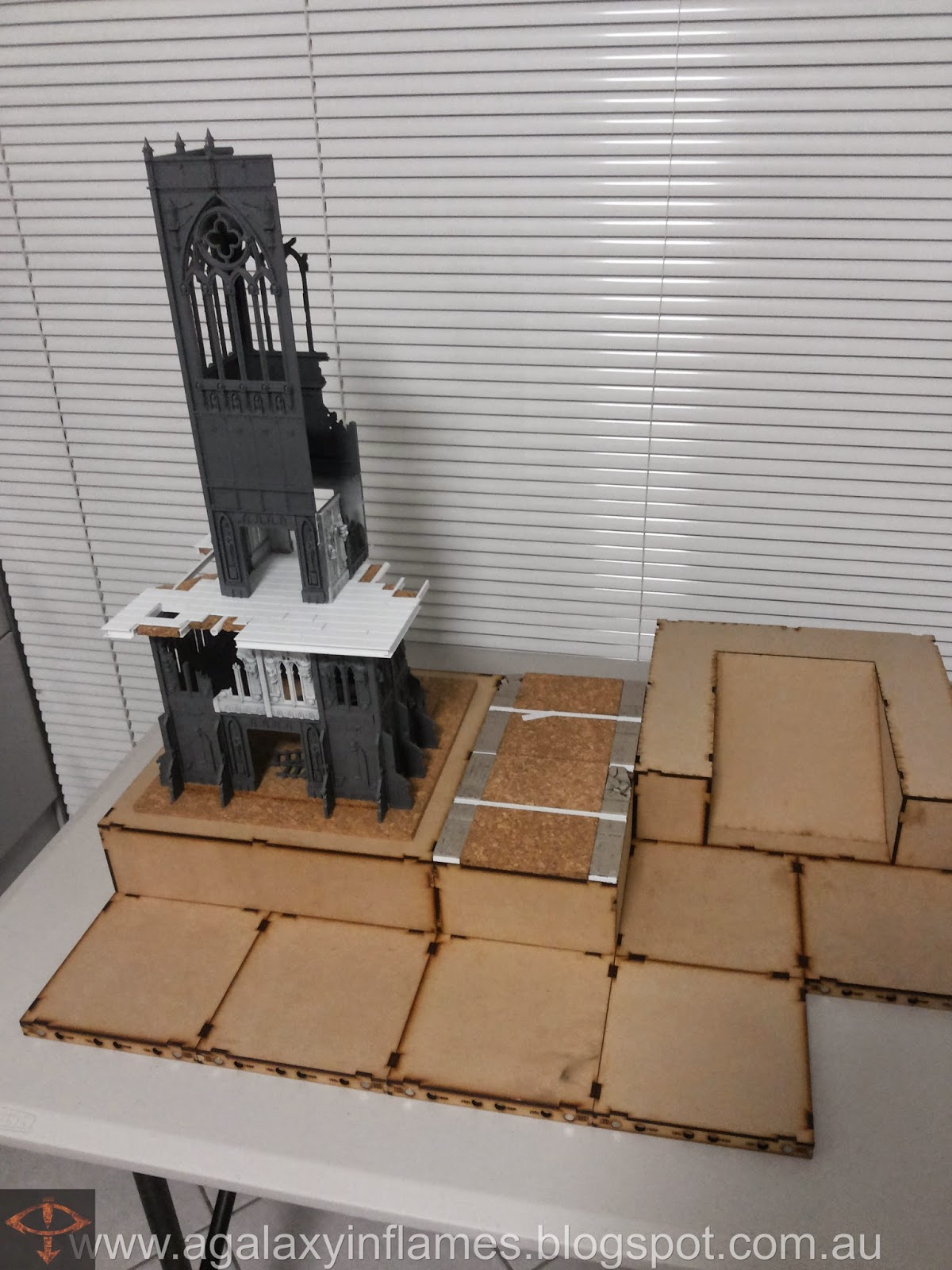 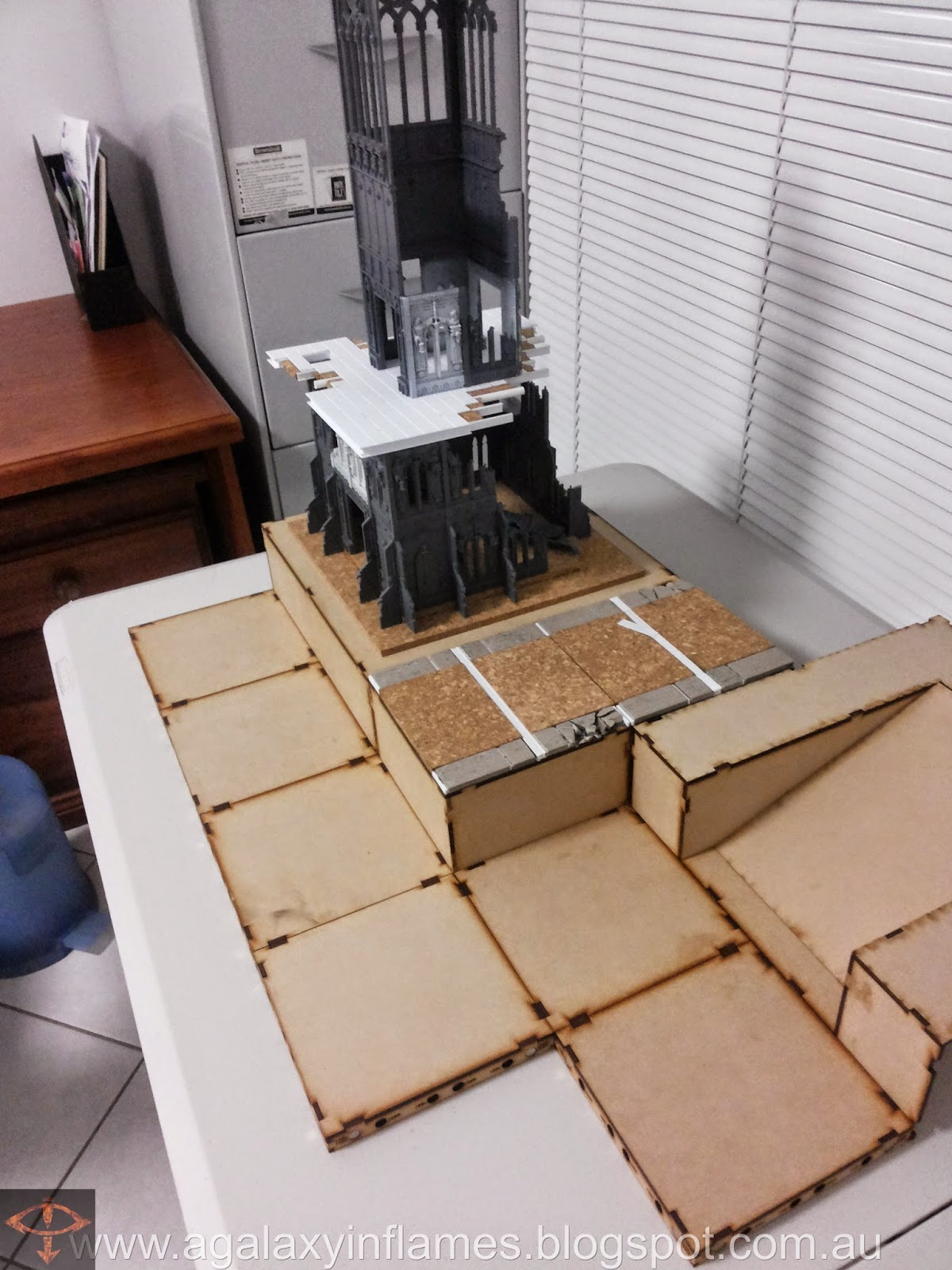 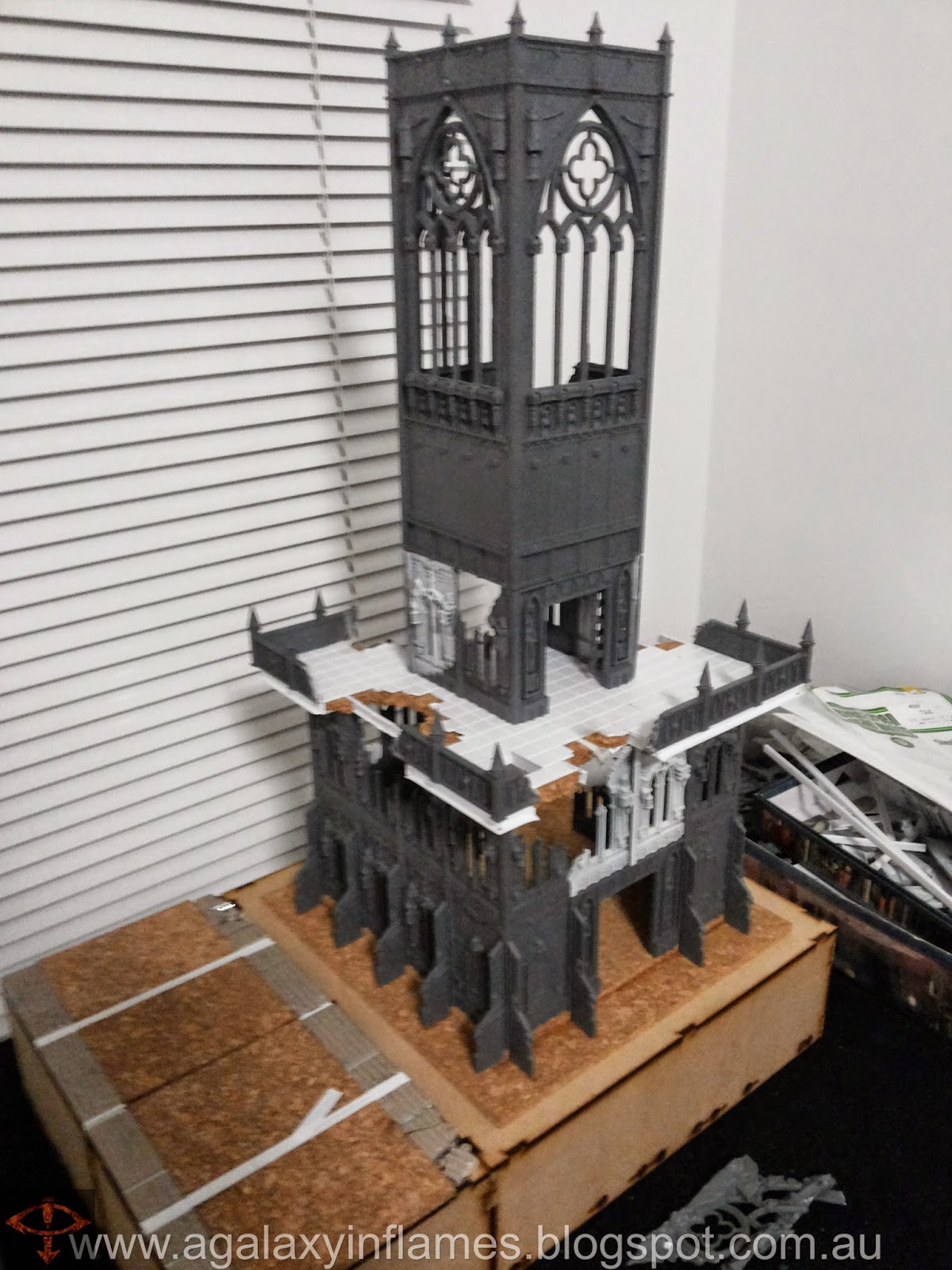 Battle damage was then done to the mid floor section. 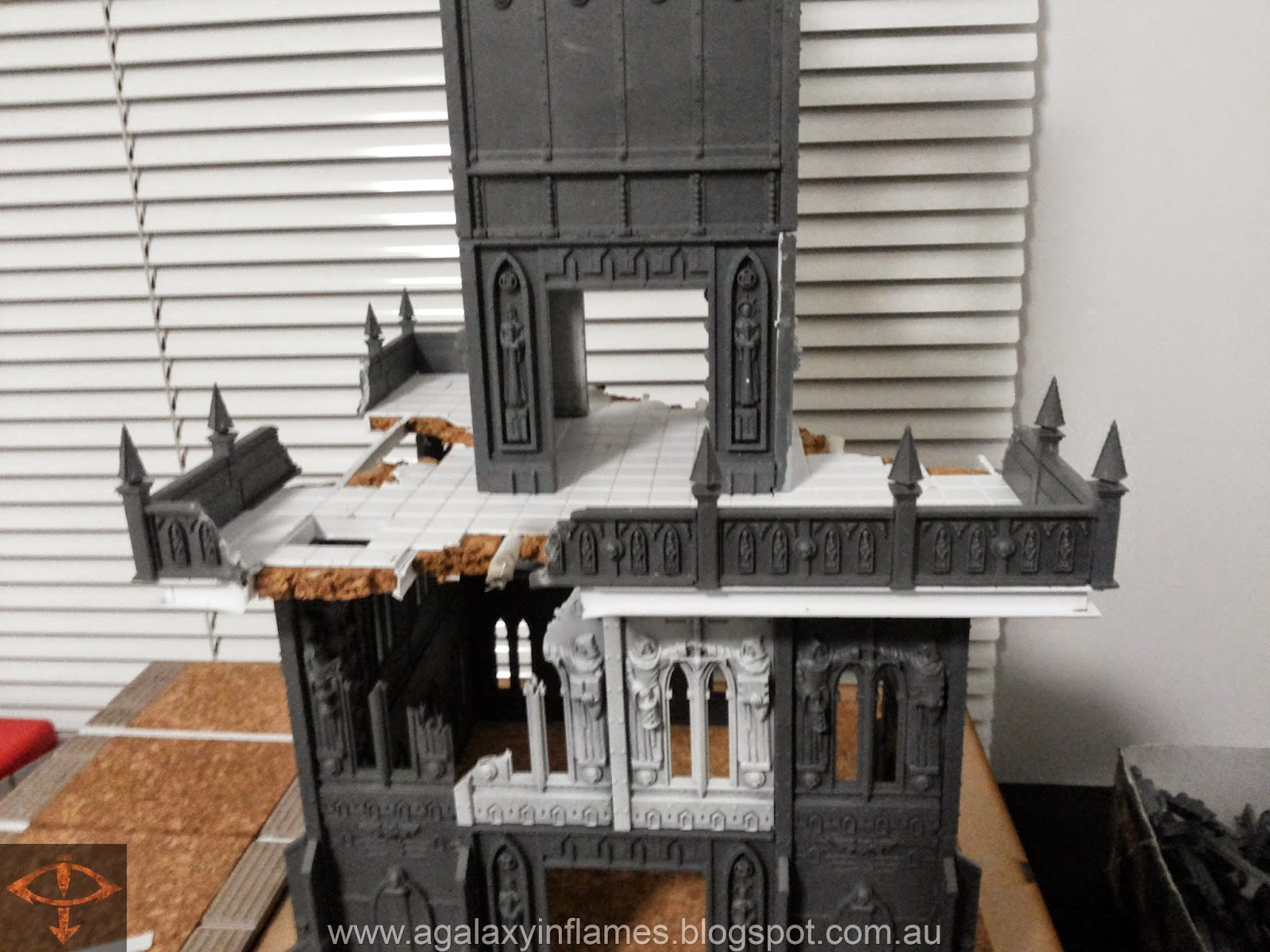 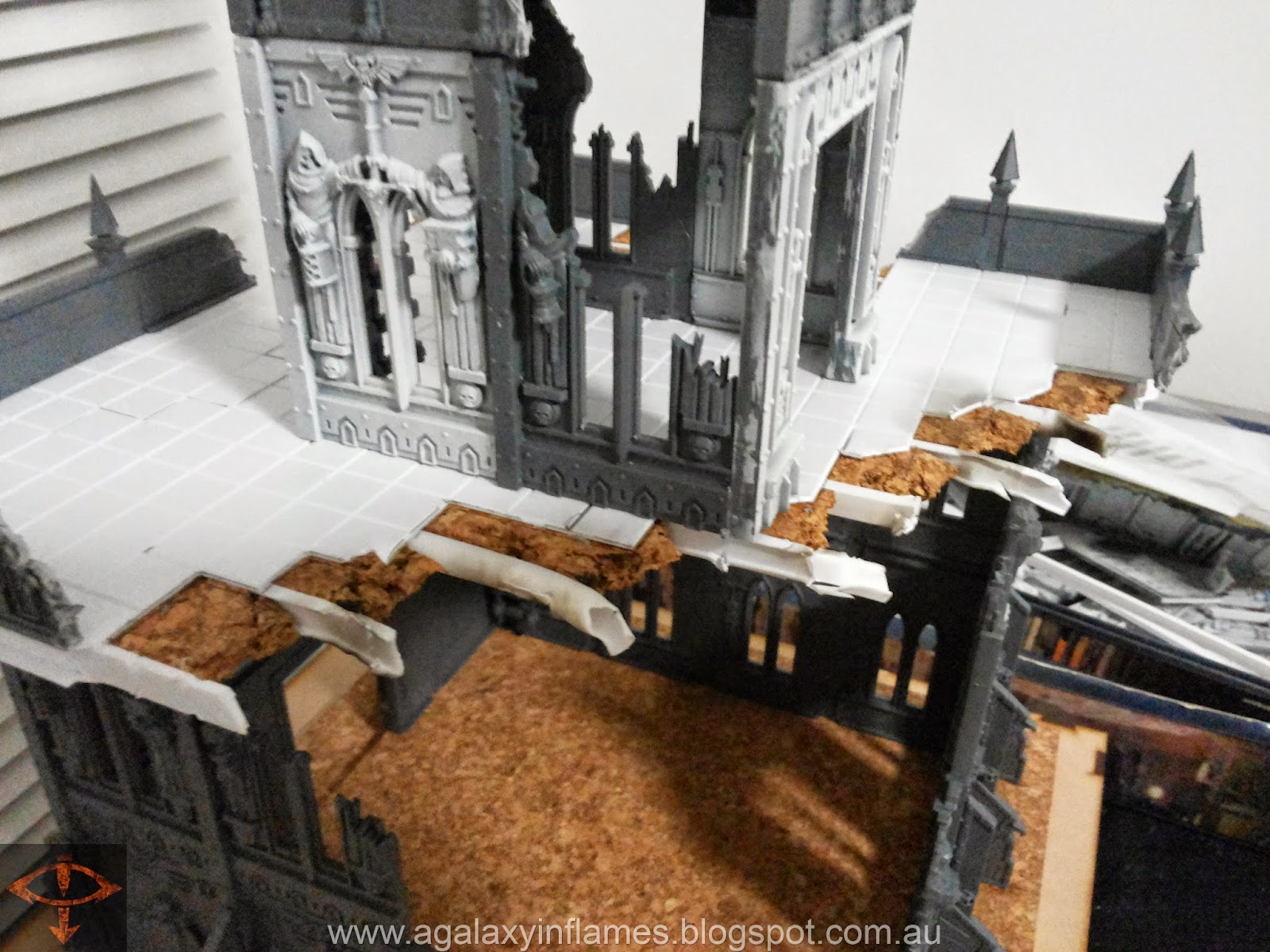 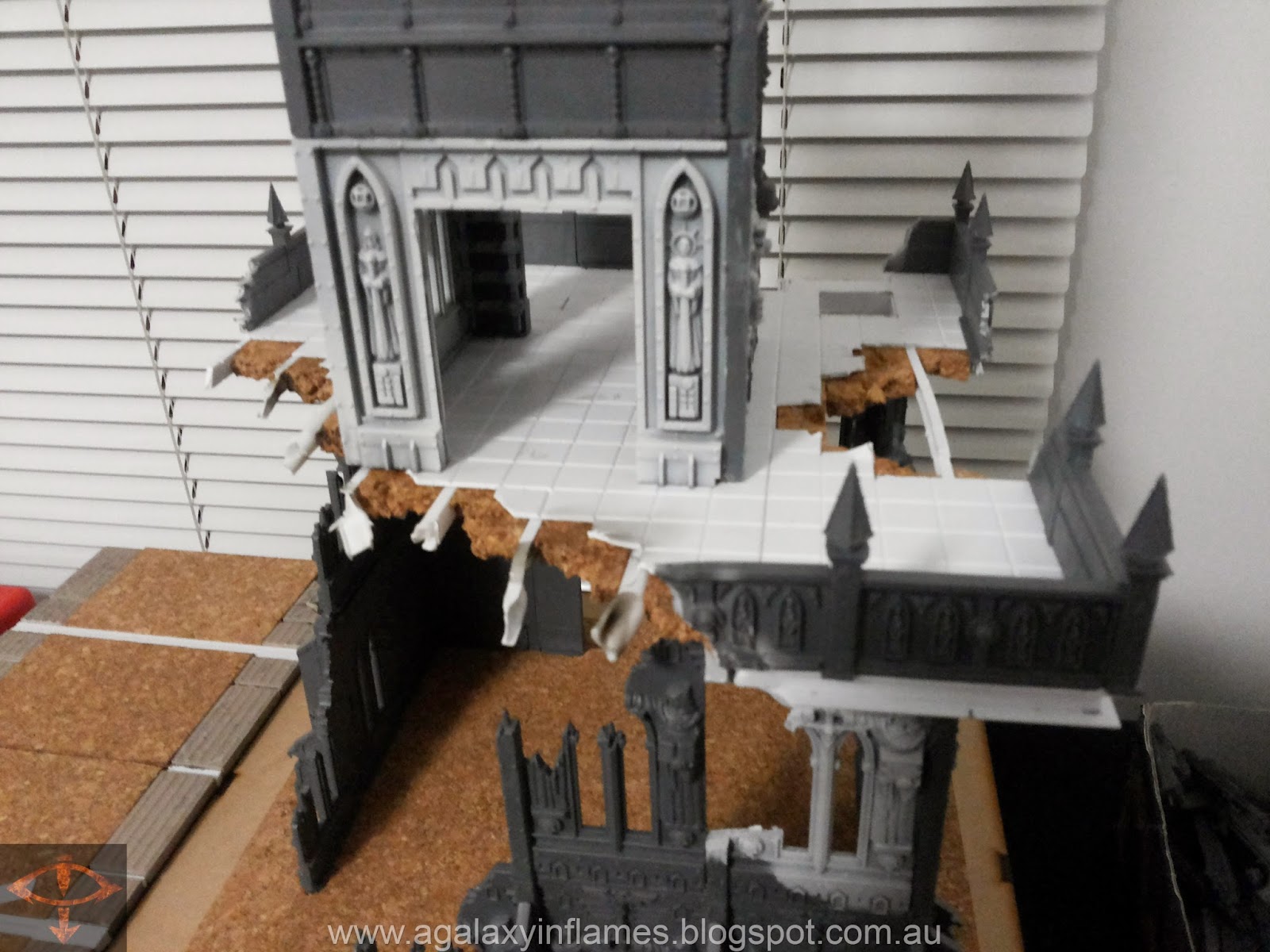 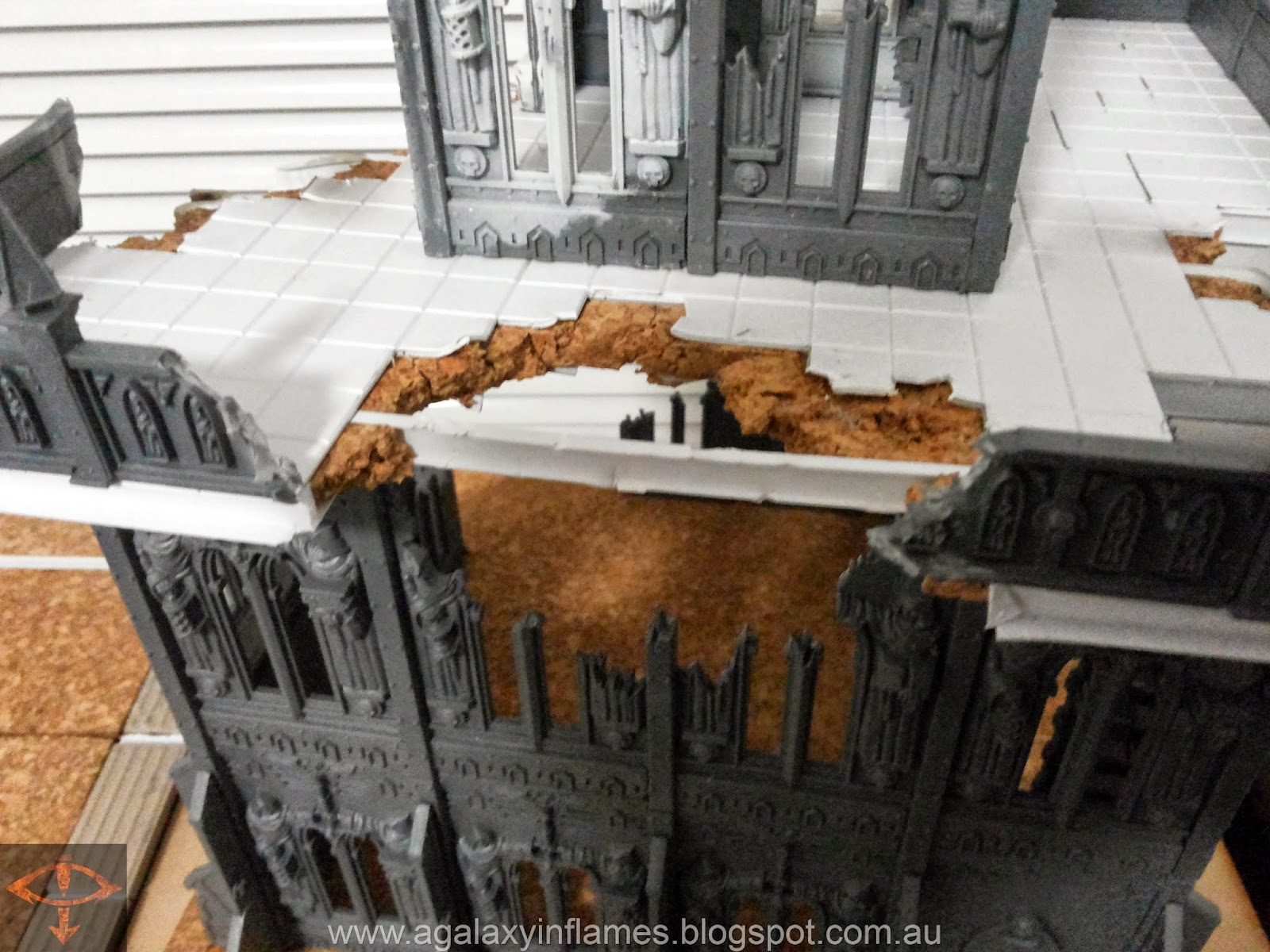 I kept the mid floor and tower separate for ease of painting and storage for once the build was completed. I got some ceramic hobby tiles from Jewella and glued them down onto the cork. The idea is you glue them all down then hit them with a ball pien hammer to give them shattered effect. 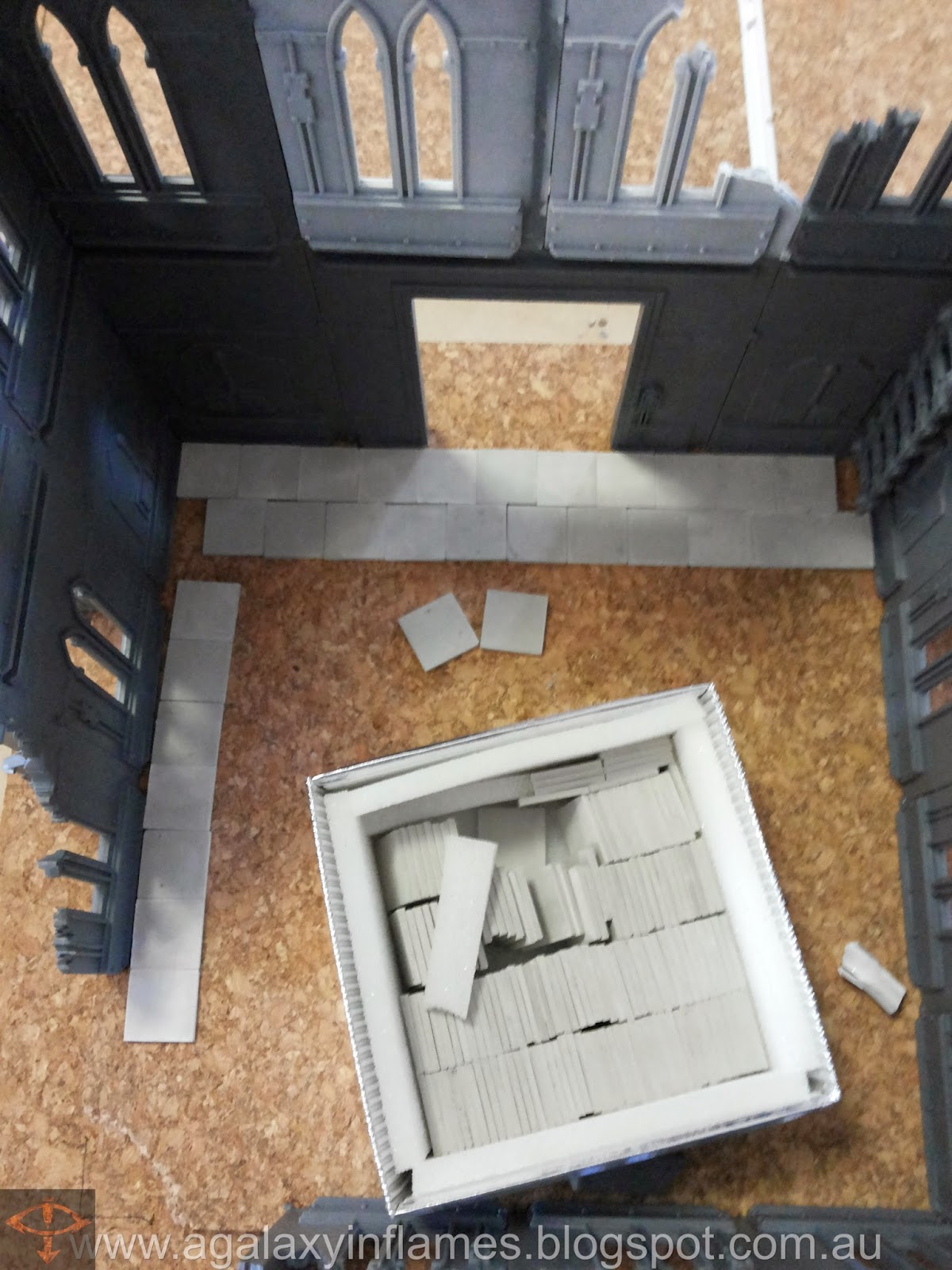 So after all that building, it was time to enjoy the fruits of my labour with a bit of a test run with a few road tiles and the Bell Tower. I put out some light posts that come with the Imperial Sector kit and some Secret Weapon Jersey Barriers for effect: 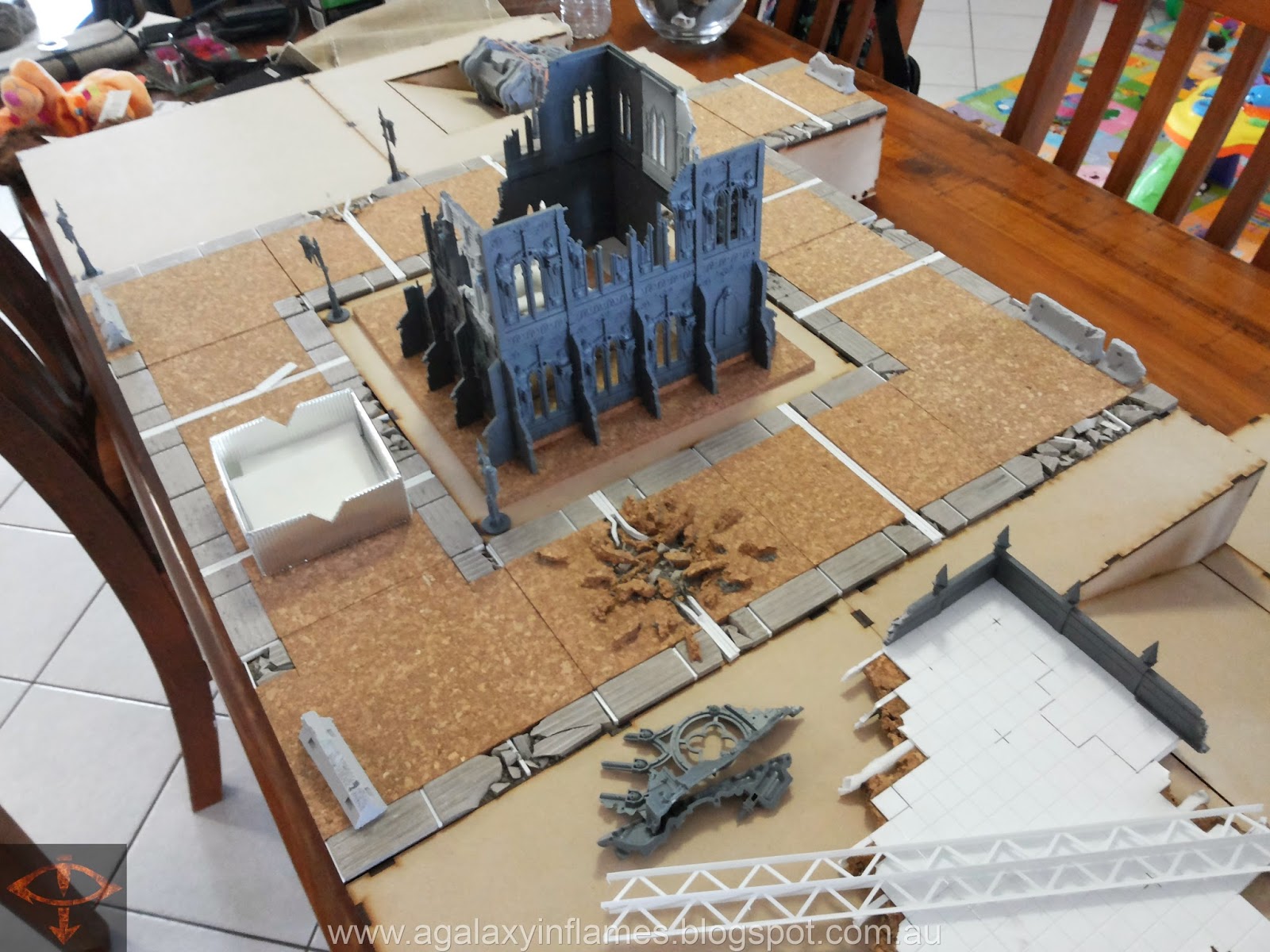 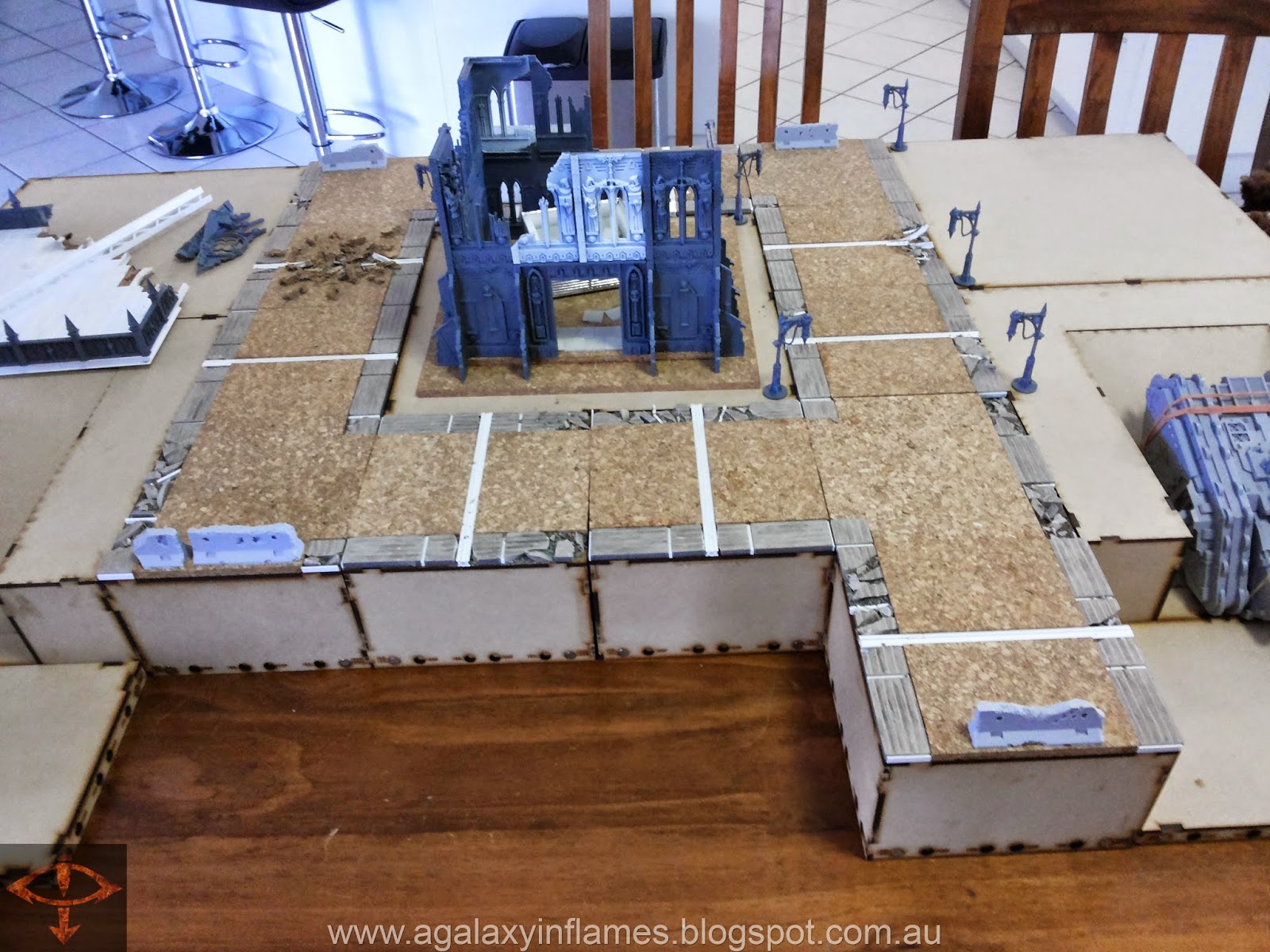 Well that was a fun building to create! As you can probably notice the Spartan on the right hand side only fits down the ramps without sponsons on. I will do some testing with how much of what you can fit on them. Really happy with how it is all turning out so far!

As always, comments and criticisms are welcome.