Just a quick one today with a couple bits of news.

First up, progress on building number three for the Istvaan Table, a fairly stock and simple hab block. It uses the same method as the last two buildings with foundations and also has the layered roof, magnetised sections for ease of transport and will eventually get ceramic tiles in the bottom floor as well.

I actually got some photos during construction this time just for the the few that have asked. The first layer was build with floors added then mounted on the first foundation of cork board to ensure squareness. "I" beams were then added in and damaged appropriately: 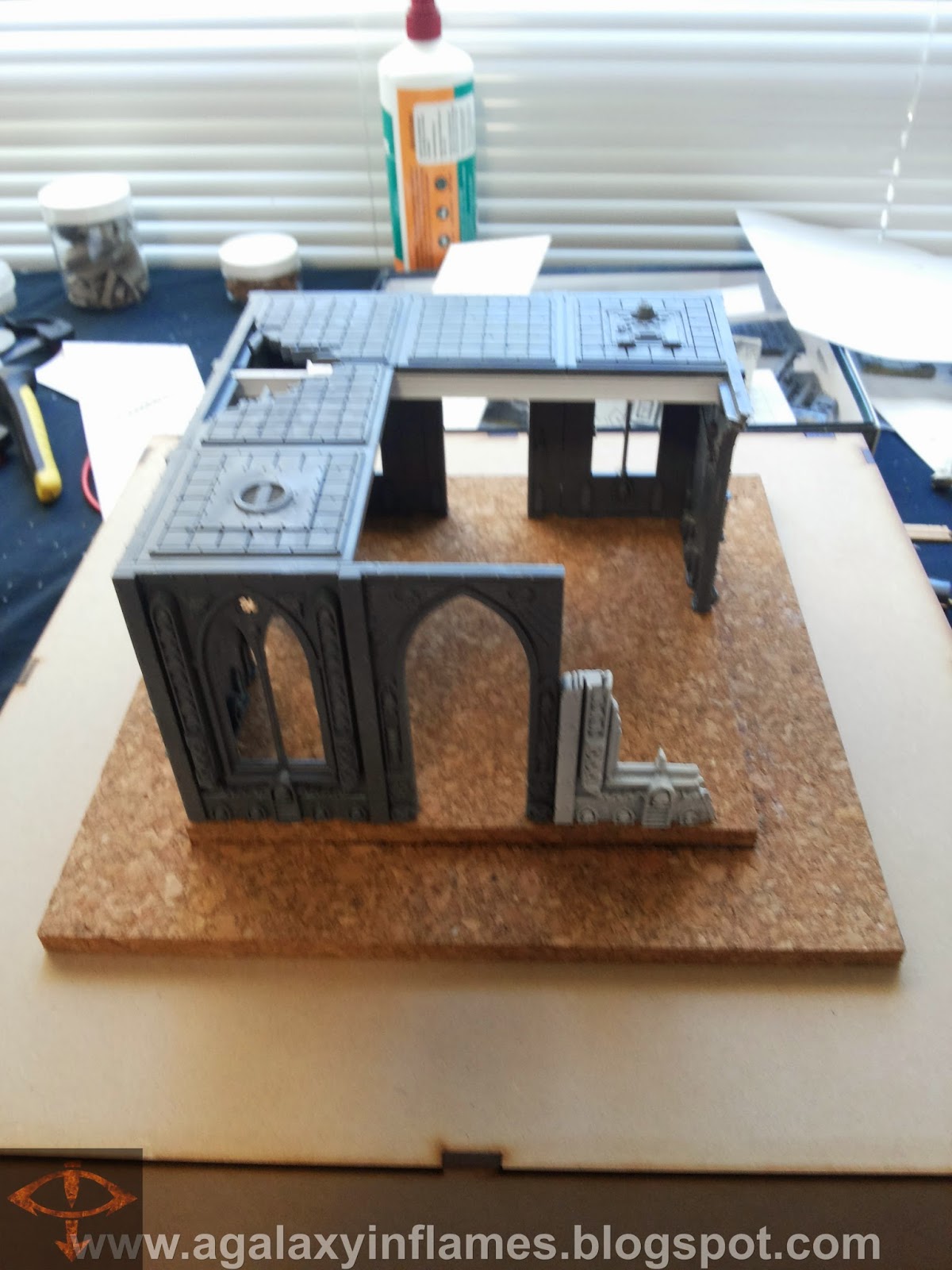 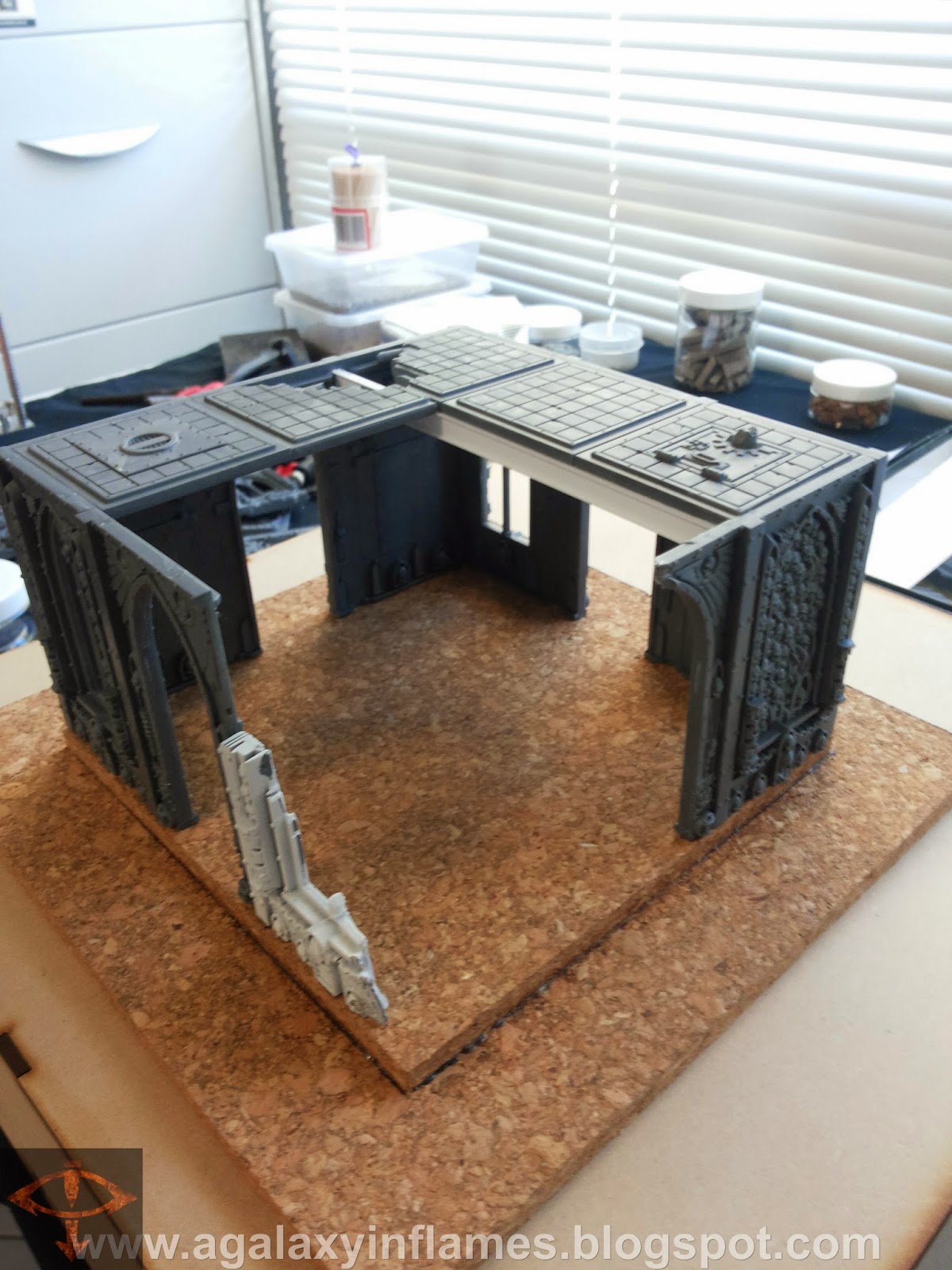 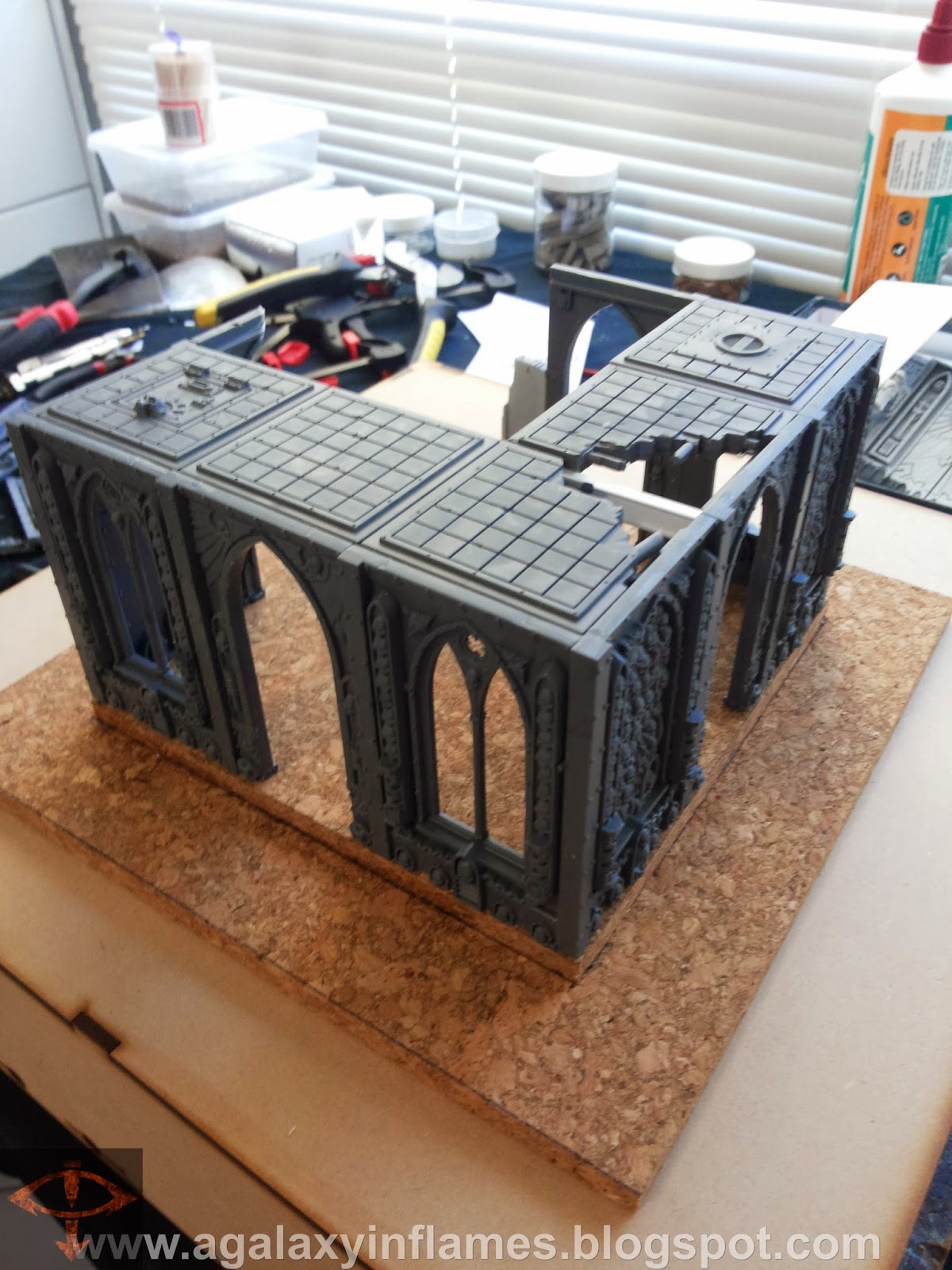 Second layer then added with "I" beams and floors with some additional damage: 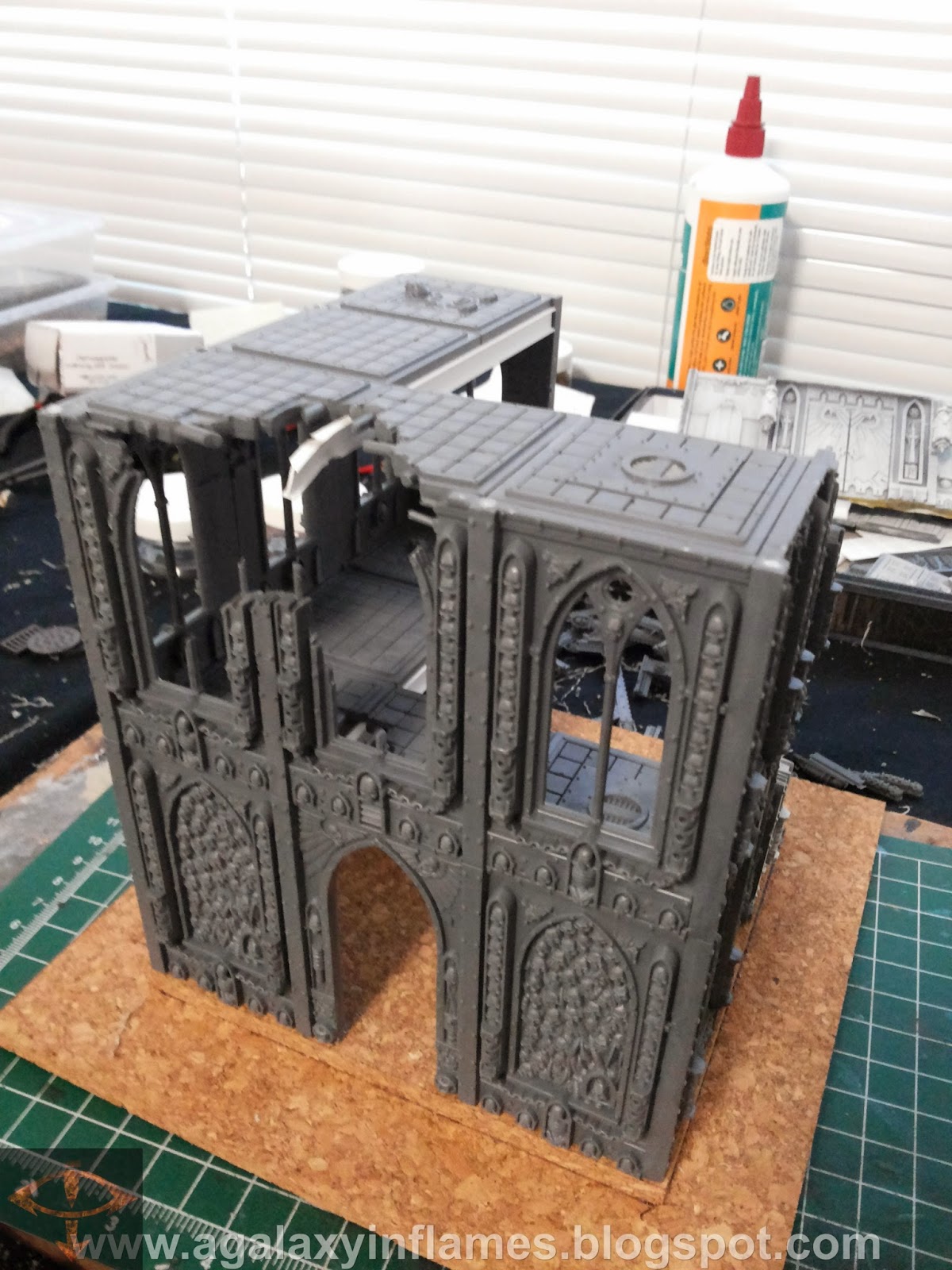 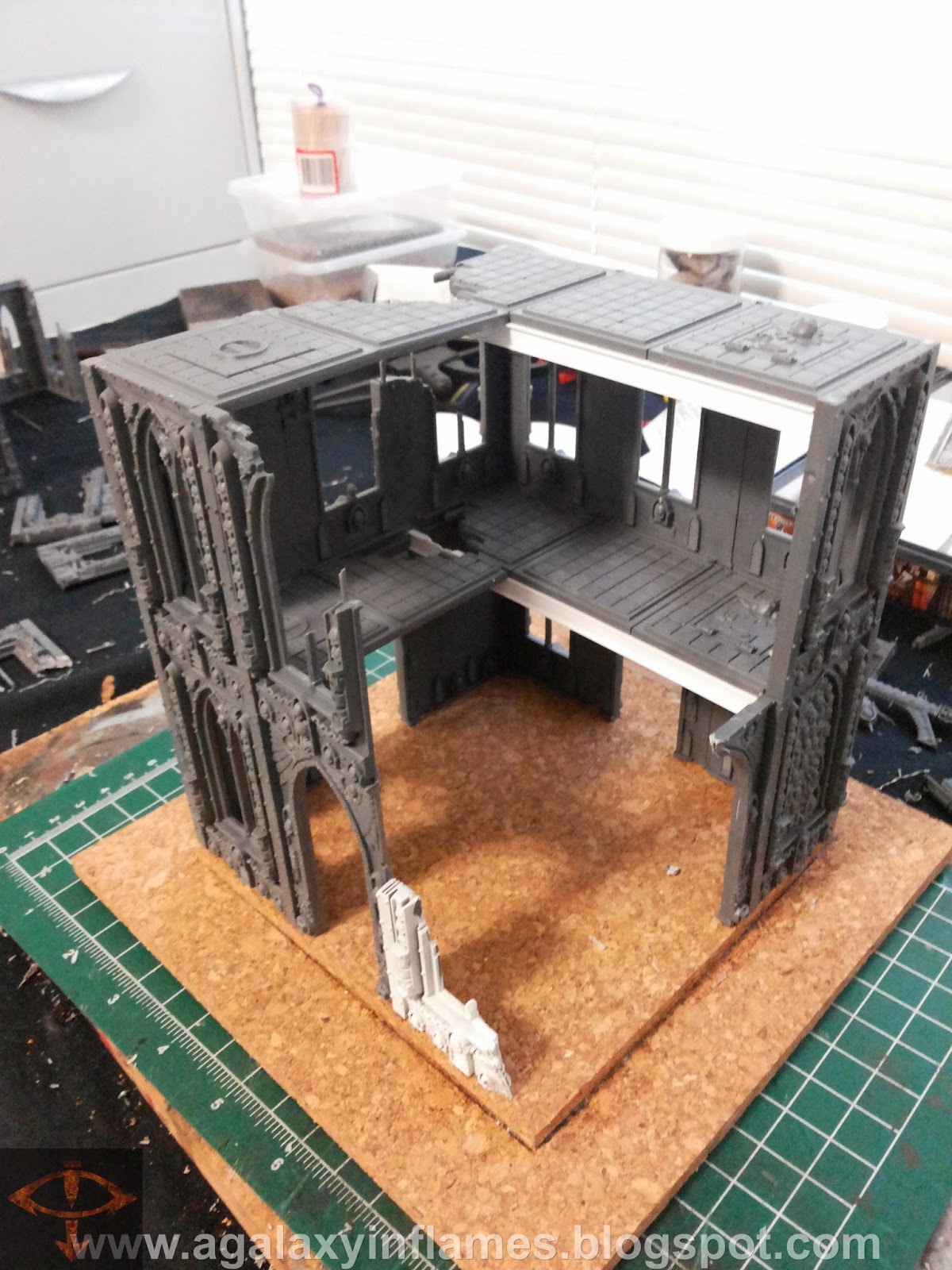 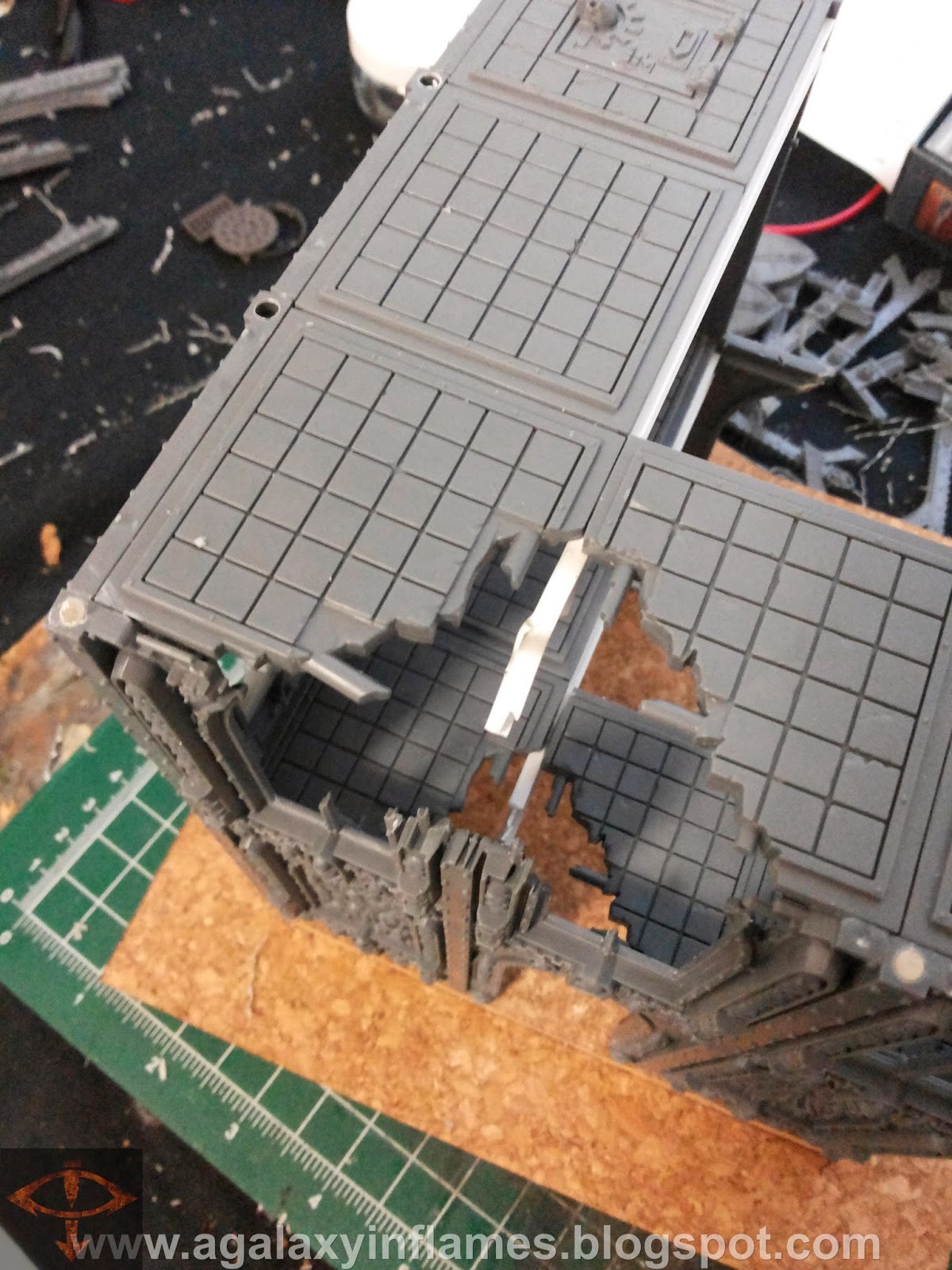 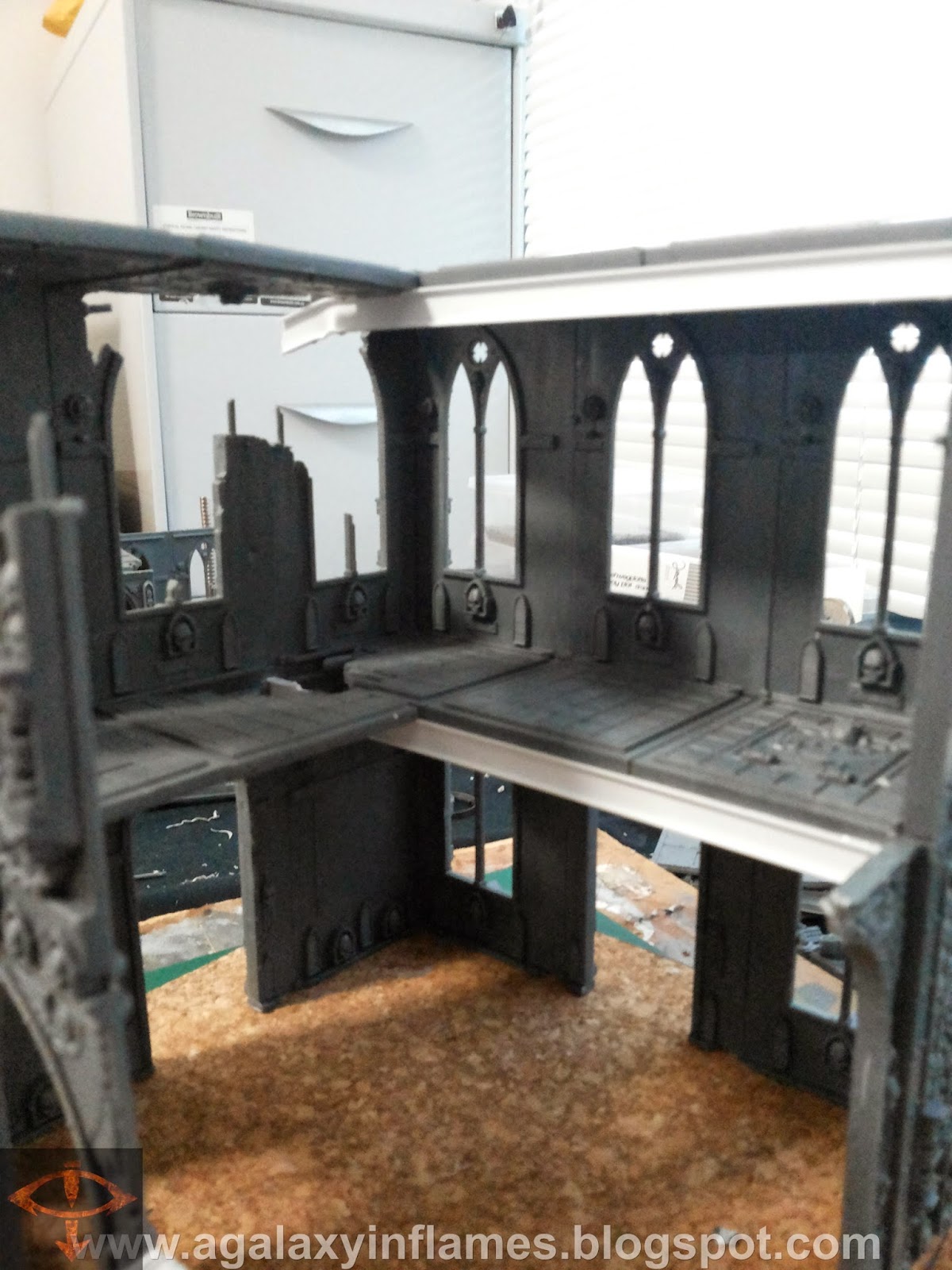 I added magnets in between the 2nd and 3rd layers, this also helped with building the floor so it matched without having issues with alignment. A bit fiddly but it worked a treat. Just have to be a bit careful when handling the top layer as it is only attached magnetically at this point: 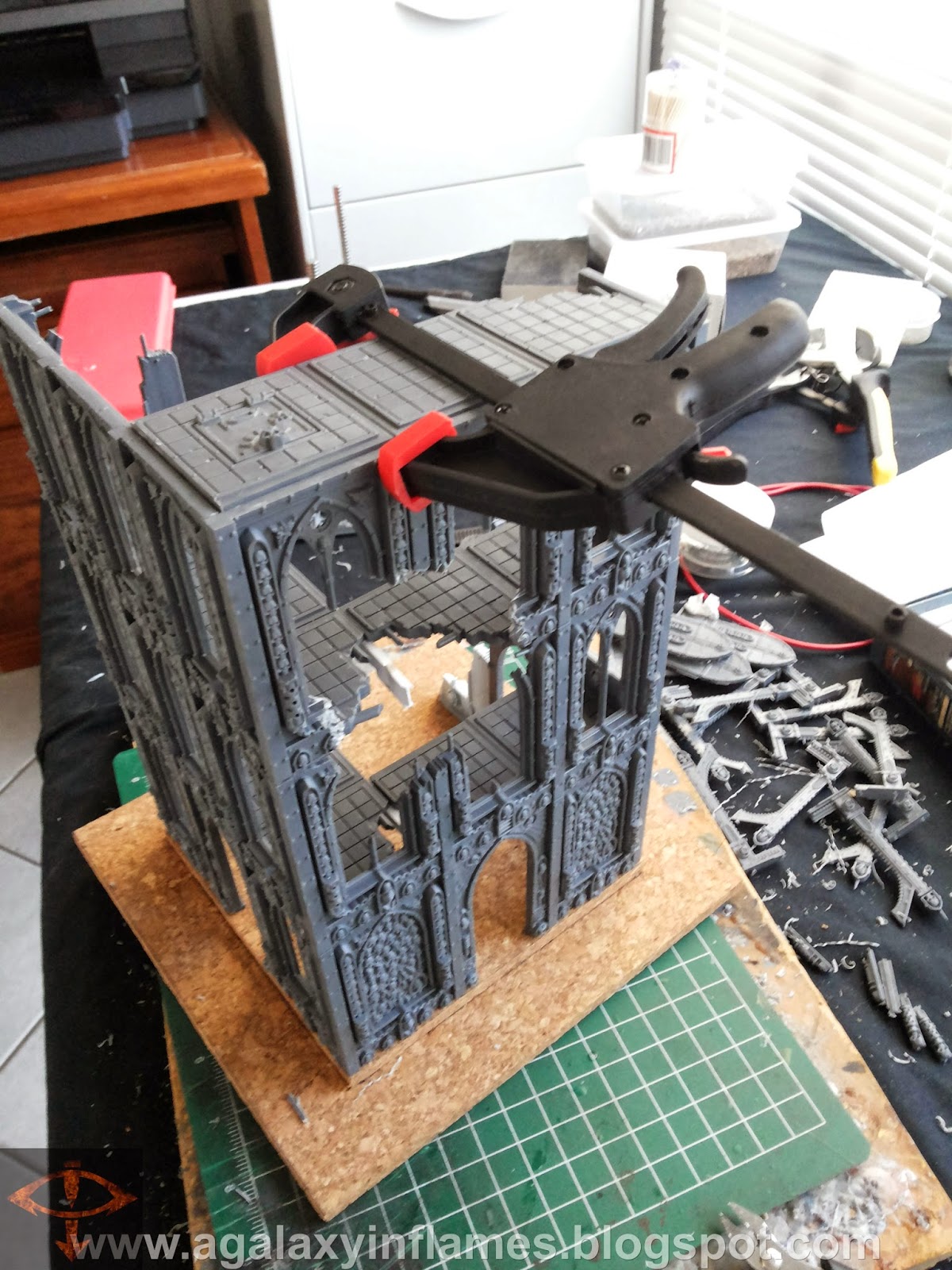 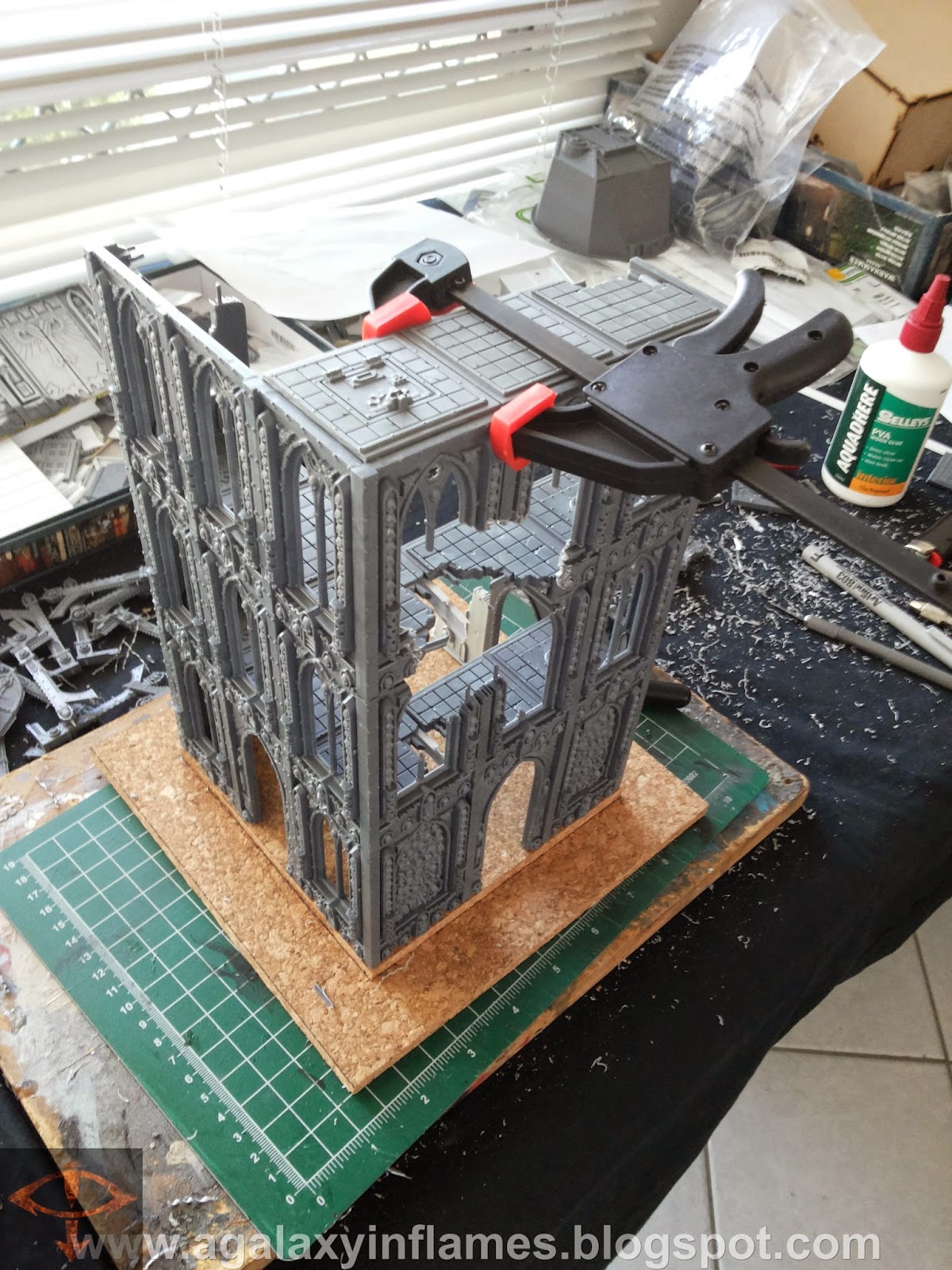 I made the damage top floor with the tried and tested method from my previous buildings of cork board, plasticard sheet and "I" beams, this time removing the whole corner of the floor: 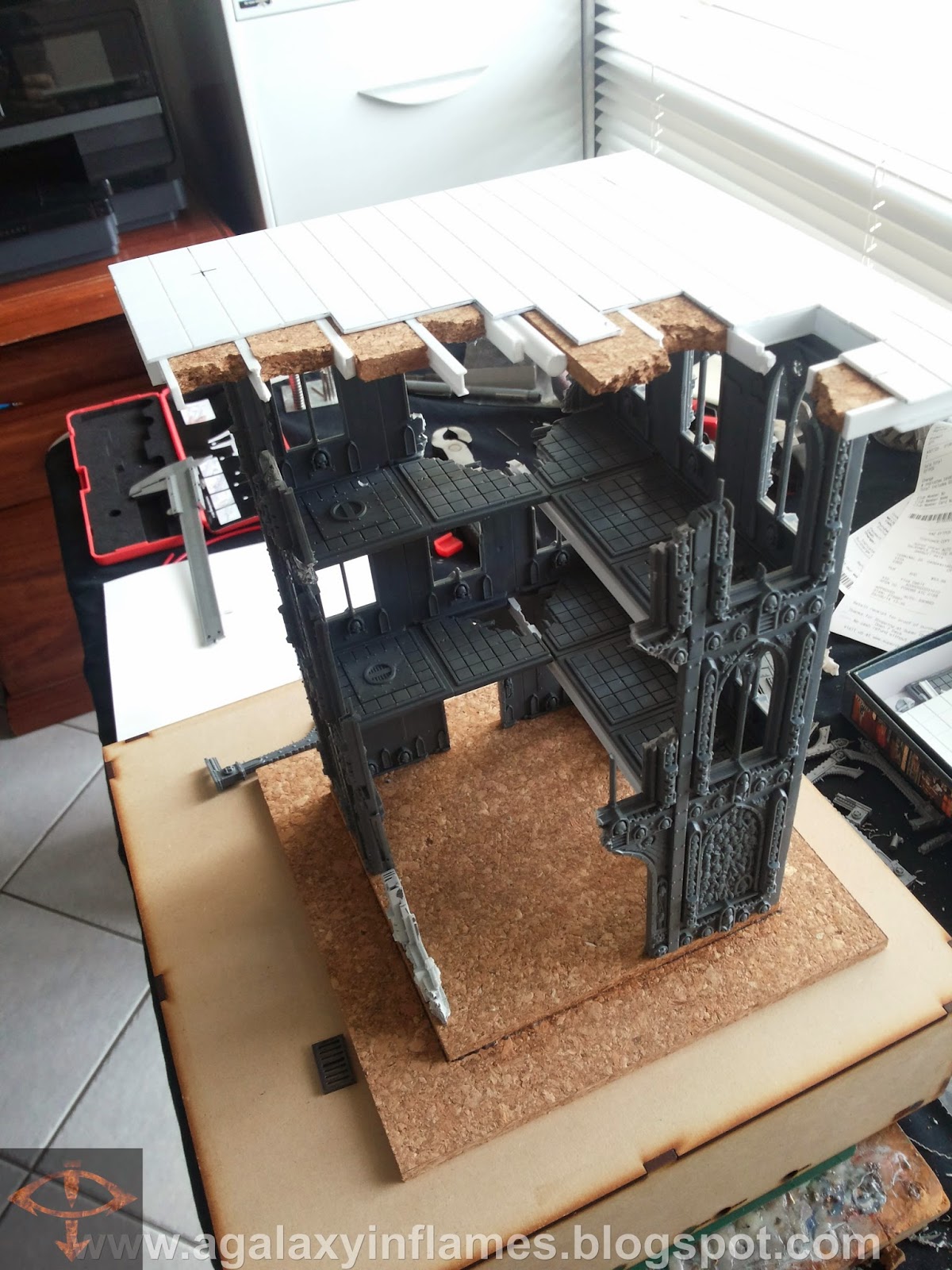 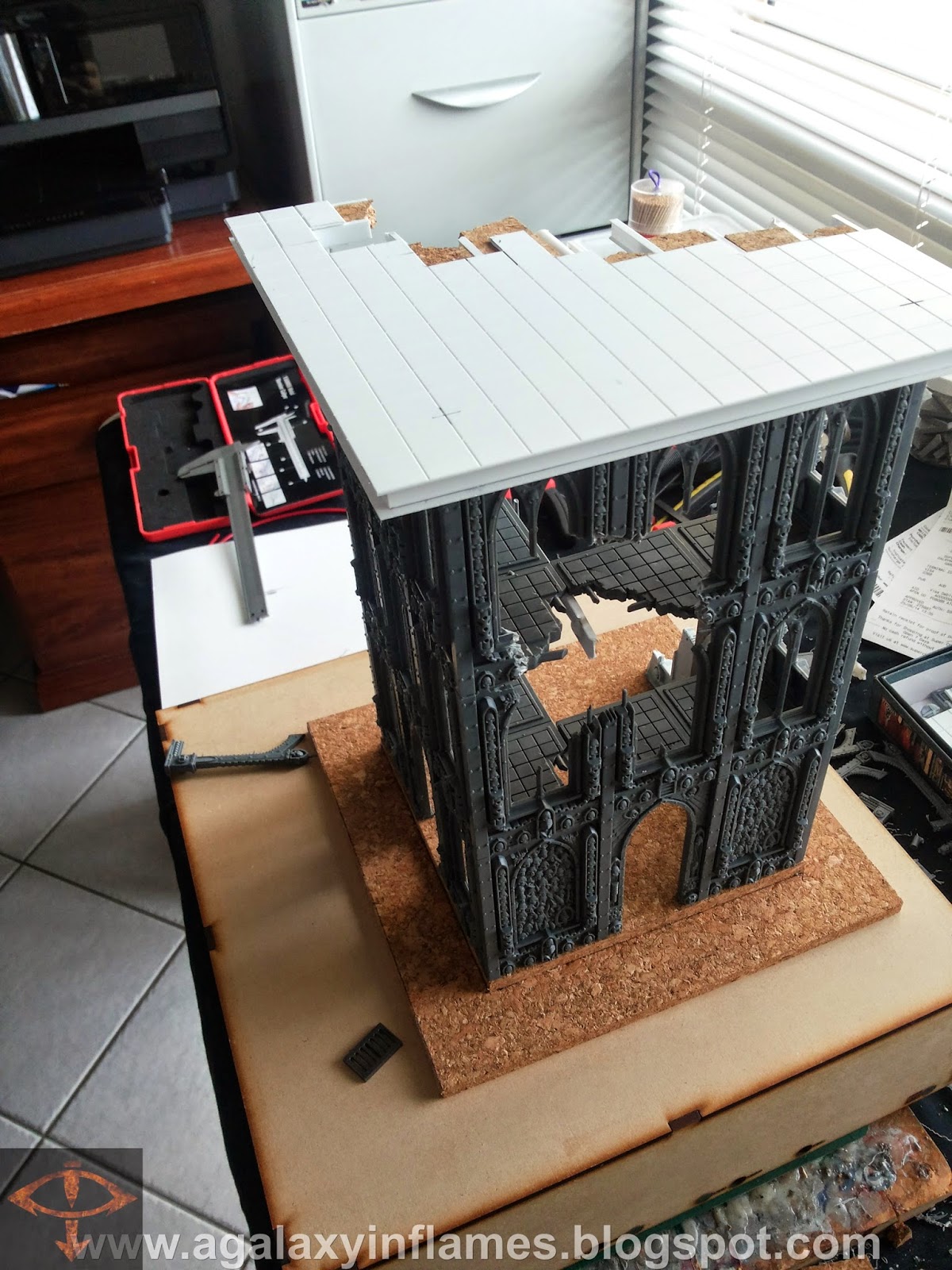 The top floor was then glued to the third layer giving it much needed support. The balustrade was then added as was the building supports at ground level. Ladders and ceramic tiles / extra damage to be added later. 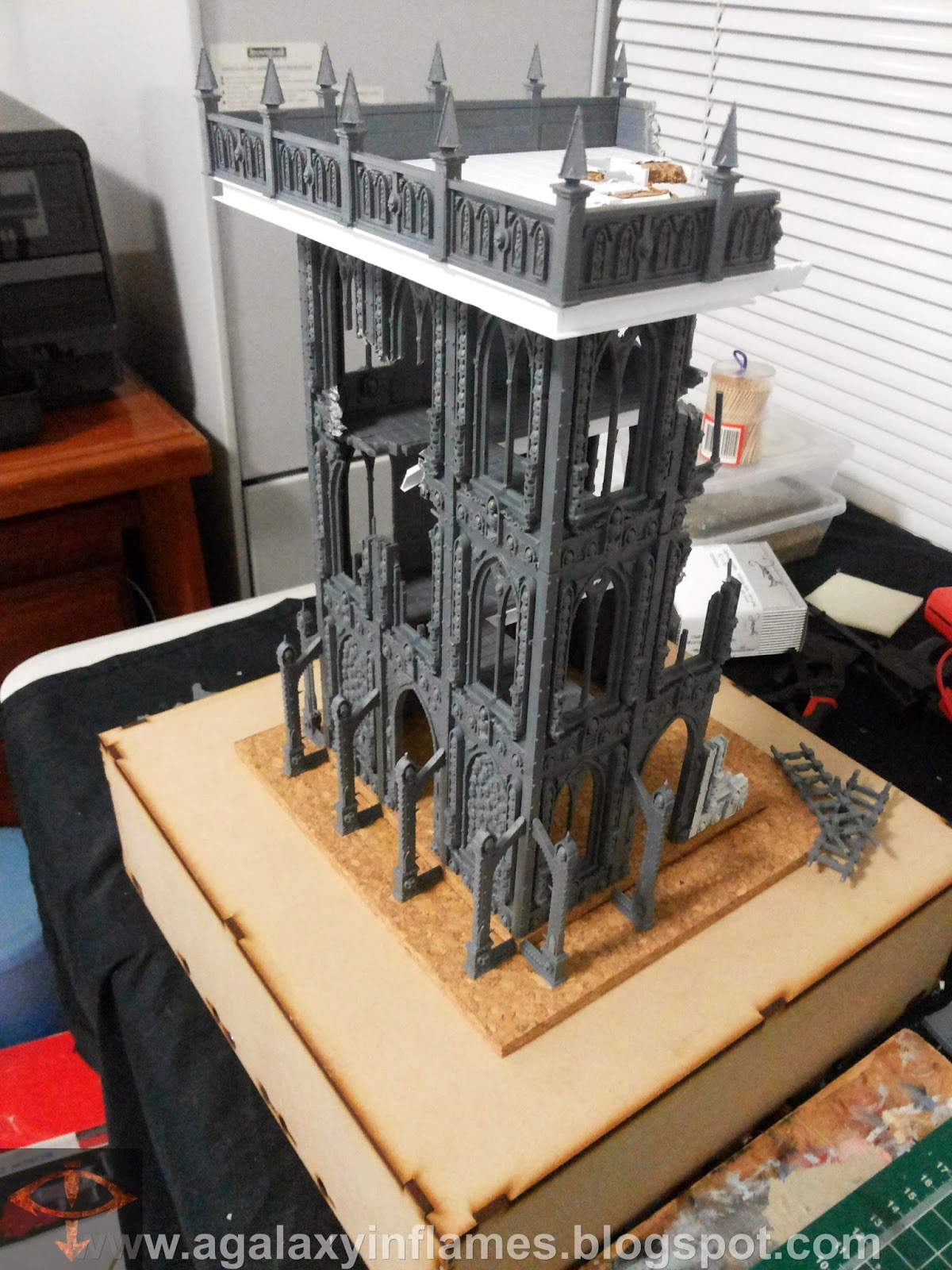 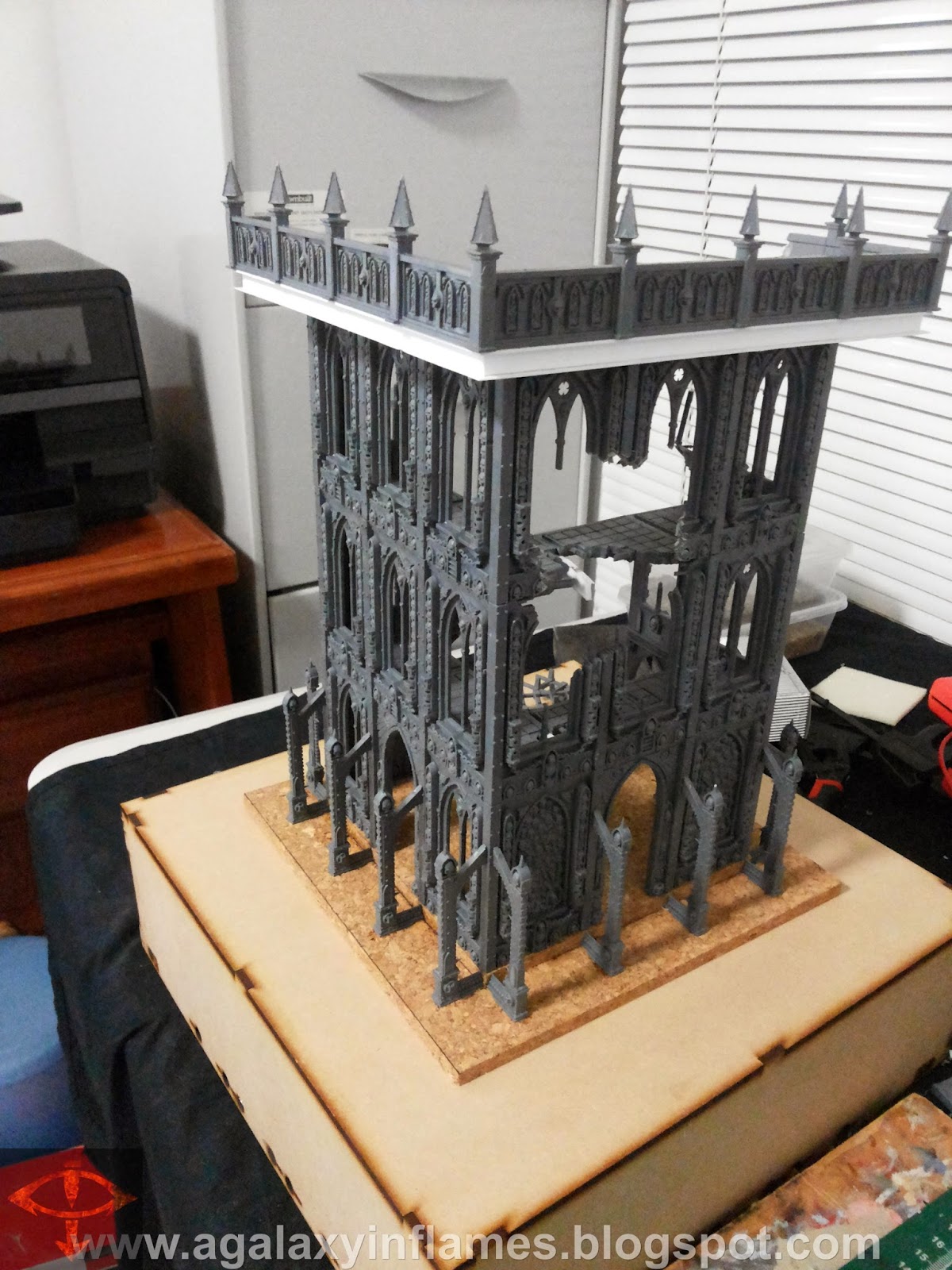 So that is building number three, marking the halfway point in construction. It has been a massive two weeks of hobby and blog, and I have enjoyed it immensely. I will probably be a week or two in between my next batch of posts as work and other commitments come up, but another hobby "bender" has been planned and I really want to kick this project into high gear and get it done.

So the second bit of news: I have been chatting to a few of you recently about the Battleframe 5000 kits and what they can do. A few of you are still undecided but have got the creative juices flowing and may need a carrot to go ahead and jump in. Well, it seems that the Back 2 Base-ix crew have been watching our posts as well, and have been most impressed with the progress so far and are dangling said carrot with a bit of a deal!

To celebrate the halfway mark with the Istvaan III Table build, Back 2 Base-ix are offering 10% off on all Battleframe products until the end of July 2014! Just head on over to their website http://www.back2base-ix.com select your battleframe sets and when you are at the checkout, add the discount code " agalaxyinflames " like so: 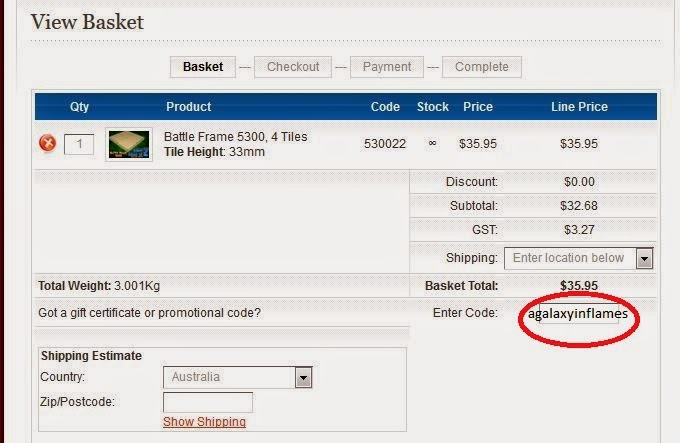 So a big thanks to Aaron and Back 2 Base-ix for helping out the hobby community and taking a look at our Istvaan Table series. Remember, you only have until the end of this July to get the 10% Discount.

If you are a bit stuck on what to get, grab some grid paper and plan out your table and levels. Don't forget to add in things like ramps and alternate height tiles to really mix things up and get the most out of a three dimensional gaming table. Check out the first post in the series for a few more ideas.

Well that is all from me, and as usual I look forward to your comments, criticisms and suggestions.