Macca here with a quick one,

I am working on a small display board at the moment, so that I can showcase my Imperial Knights. The theme of the board is the same as the theme on the knights bases. One of the two large buildings will be a 'Heretics Abode', a shrine to chaos as it were, the other, will be a Mechanicum Generatorium, and there will also be a Space Marine Statue.

Ok, so this is the structure, at the moment it is still tacky wet with oil paints. I used several oils, mixed with weathering powders to create a lot of the grime effects. 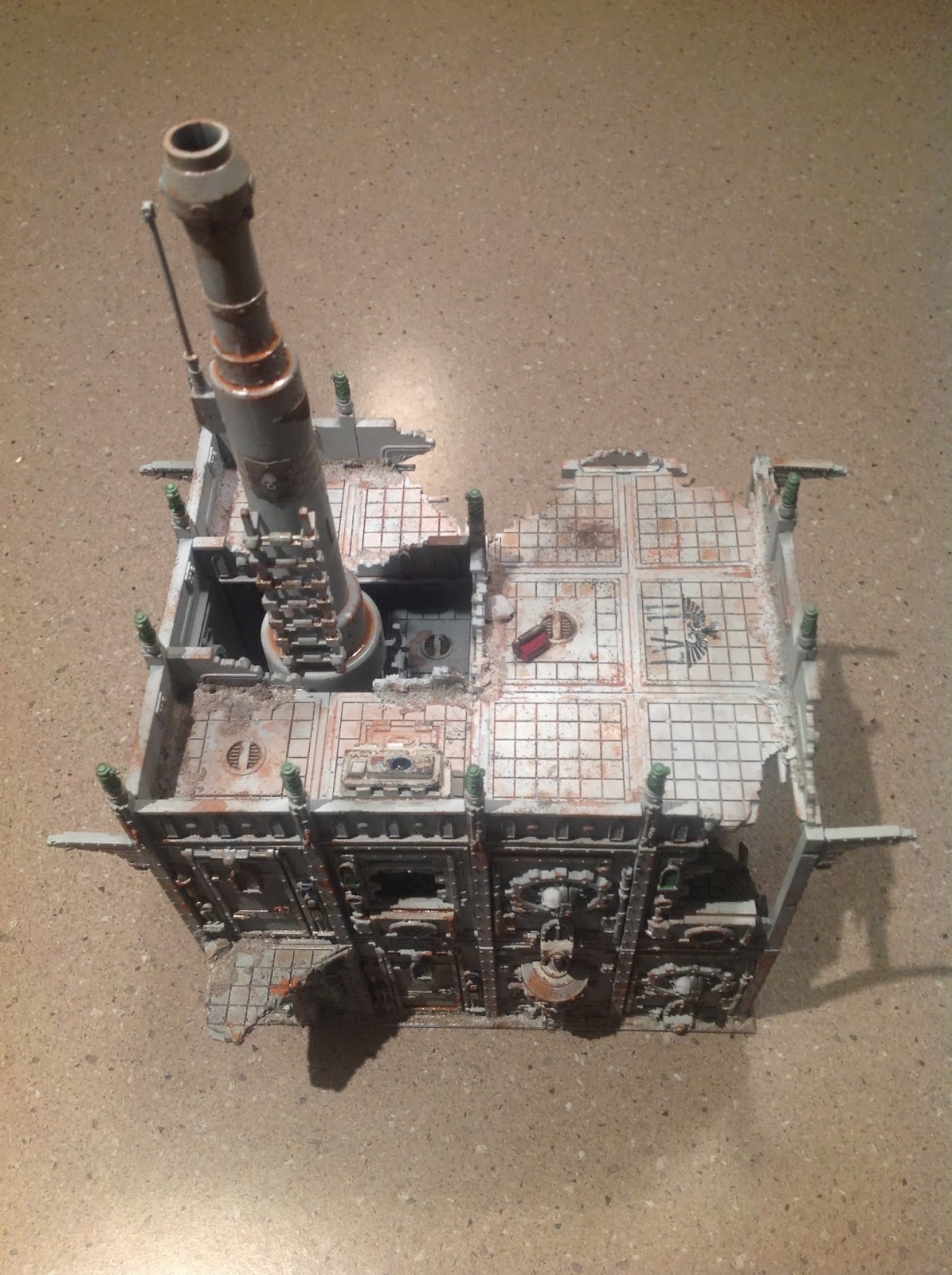 Up close you can see that I have added a building name and an Aquilla marking. I also added a tool box, as you can see a few servitors working up here with the tech priests. 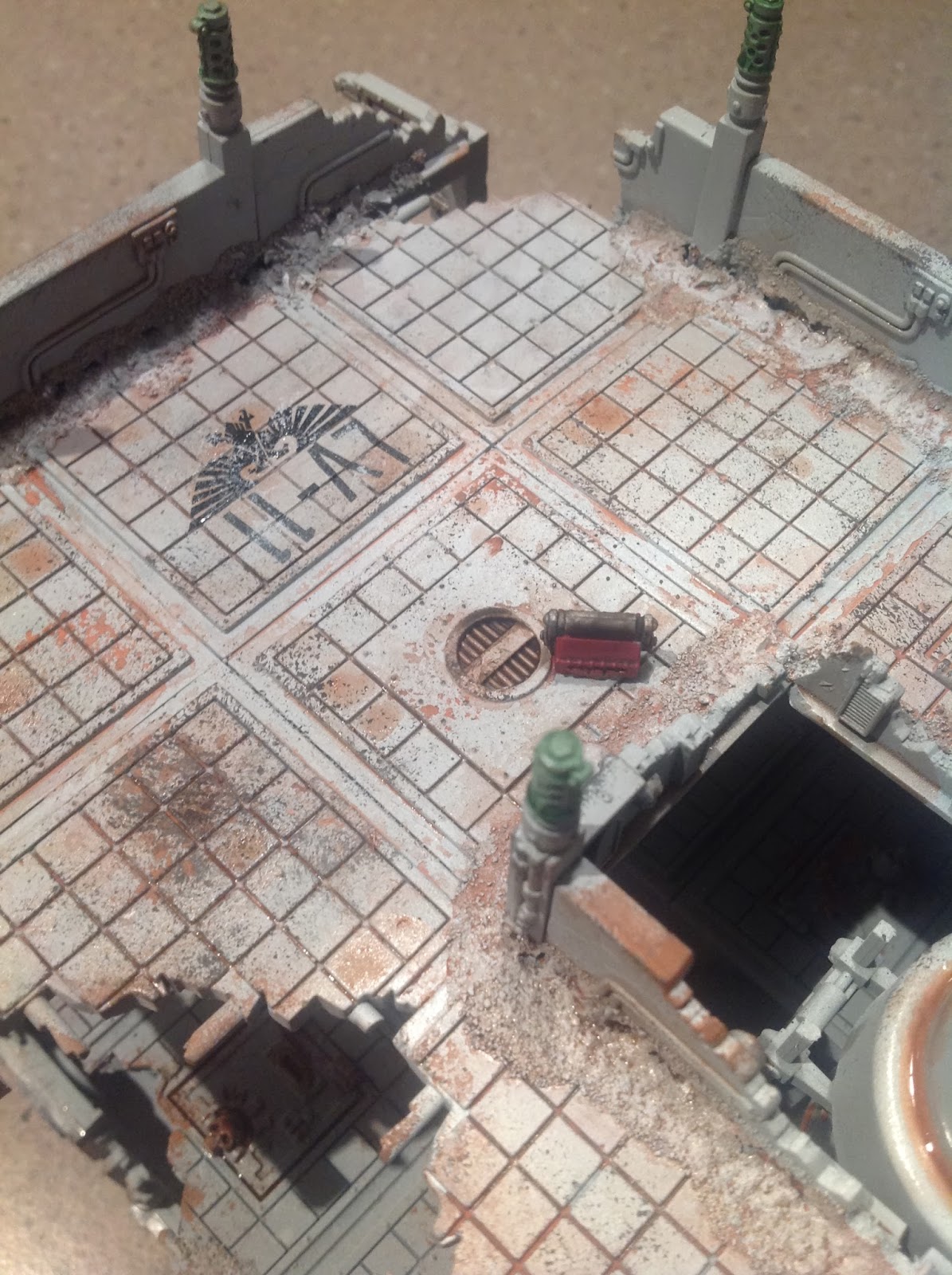 Here is the engineering console for the tech priest who runs the plant. It's from a Storm Raven dash board, and I have quite a few lying around in my bits box. 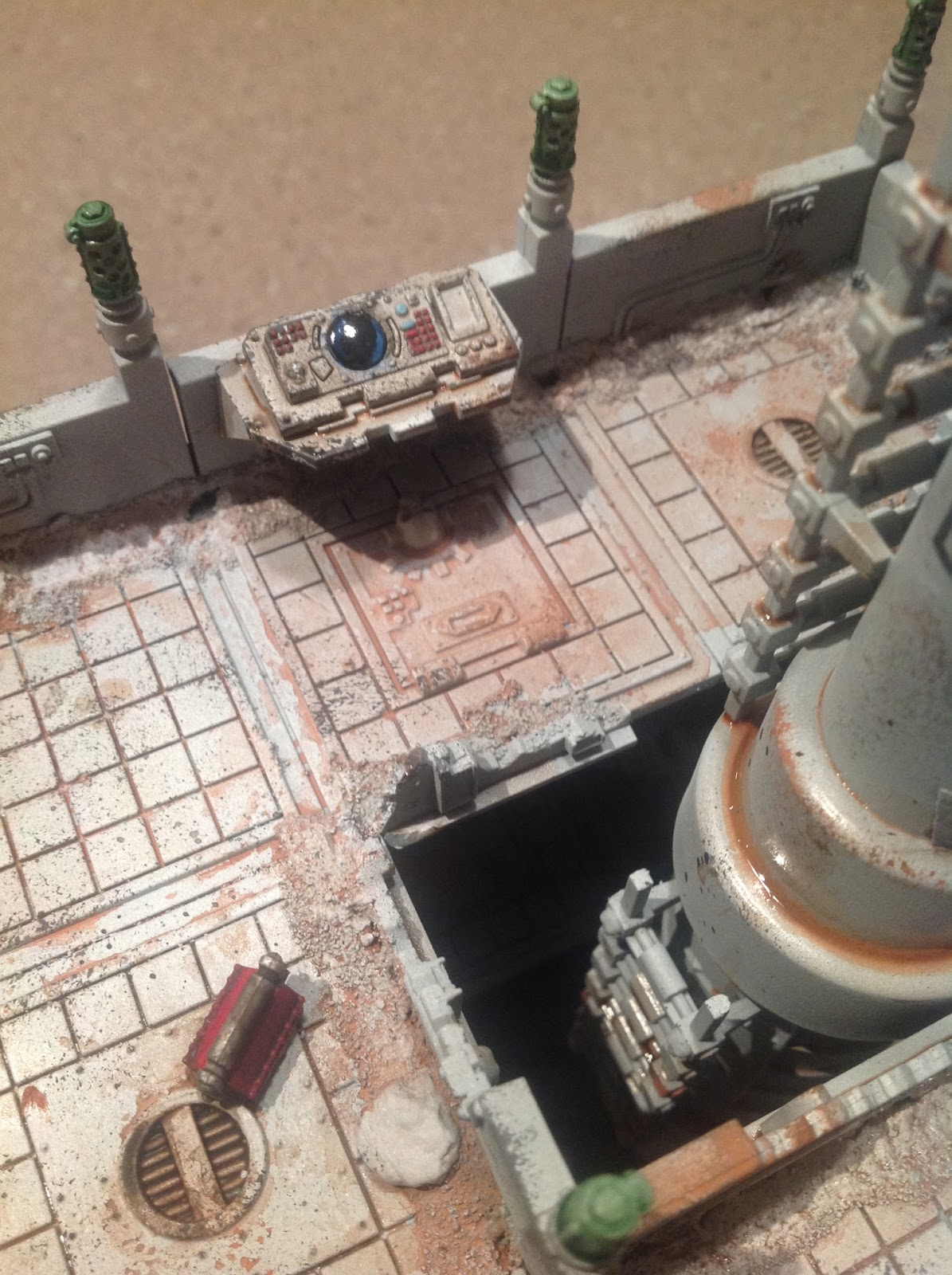 The building name is also on the smoke stack. I have added ladders around the stack, so that unfortunate servitors can get around and do the appropriate maintenance. 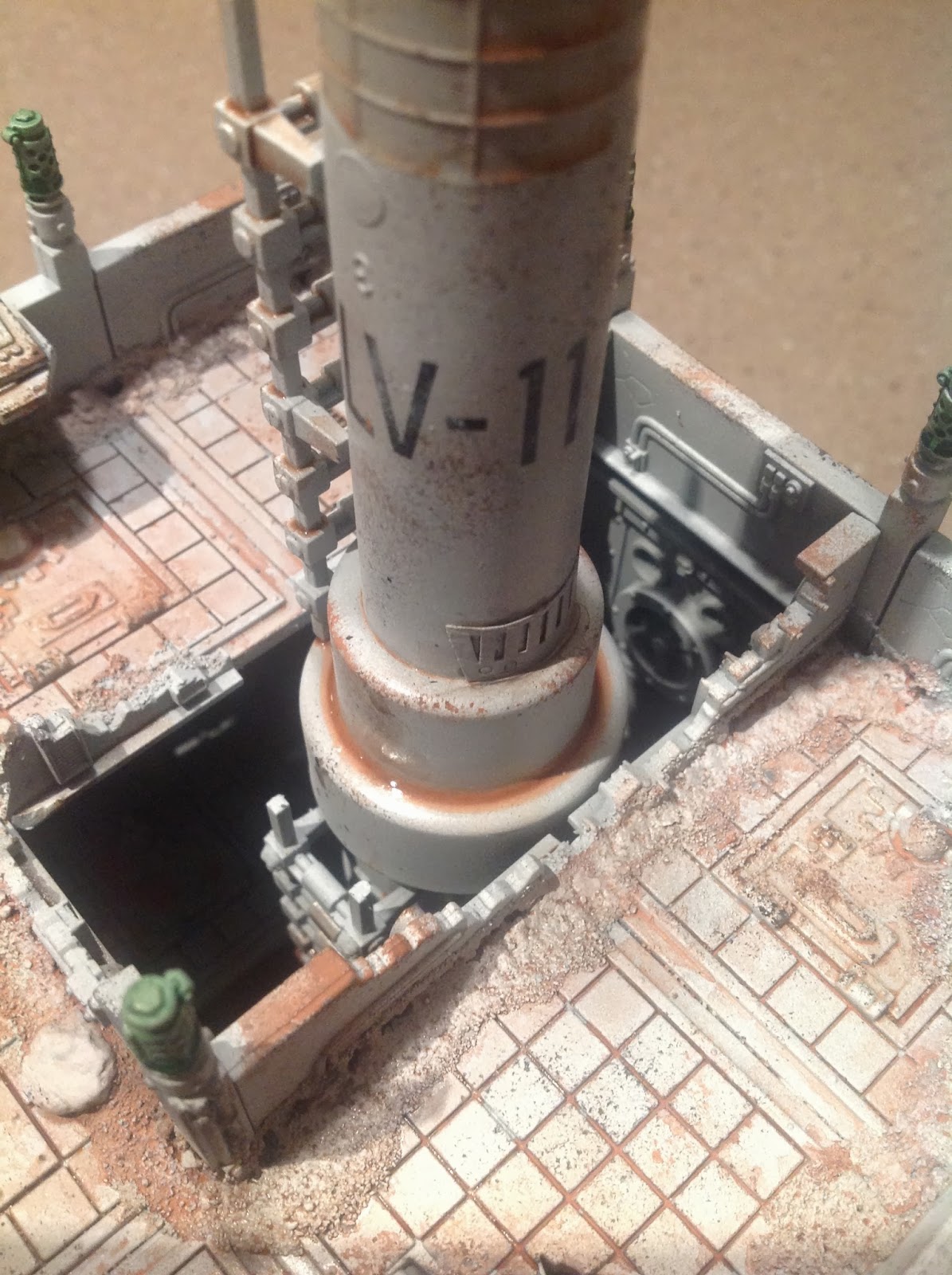 Up high on the smoke stack I have added an etched brass Aquilla. Why? Well, as my mate Sutto says over at the painting bunker, "when in doubt, add eagles". 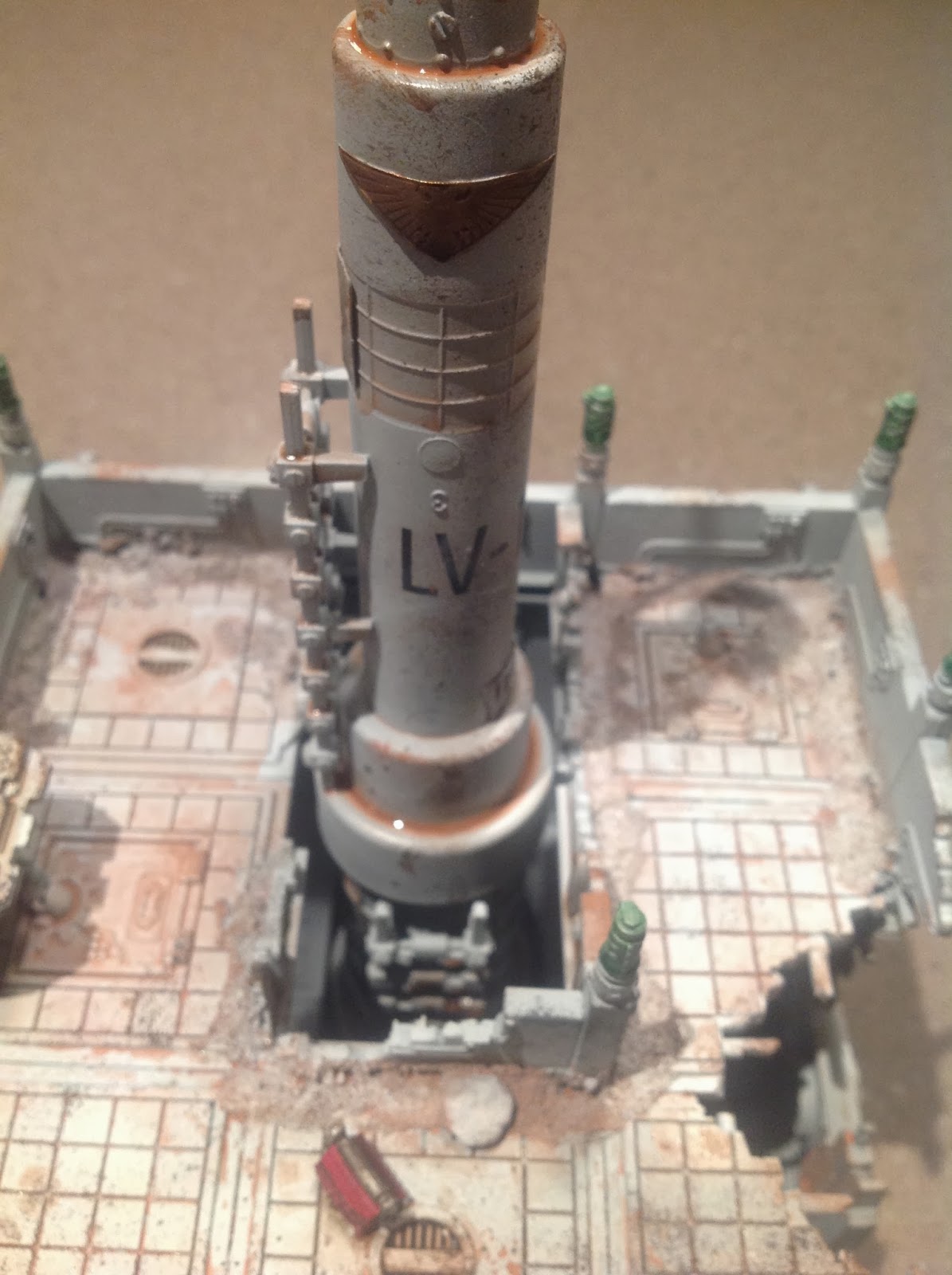 All around the building you can see that it's quite tarnished and run down. I chose not to add too many colours, as the plain white/greys I have sprayed it are much like concrete, and I don't want to lose the contrast. 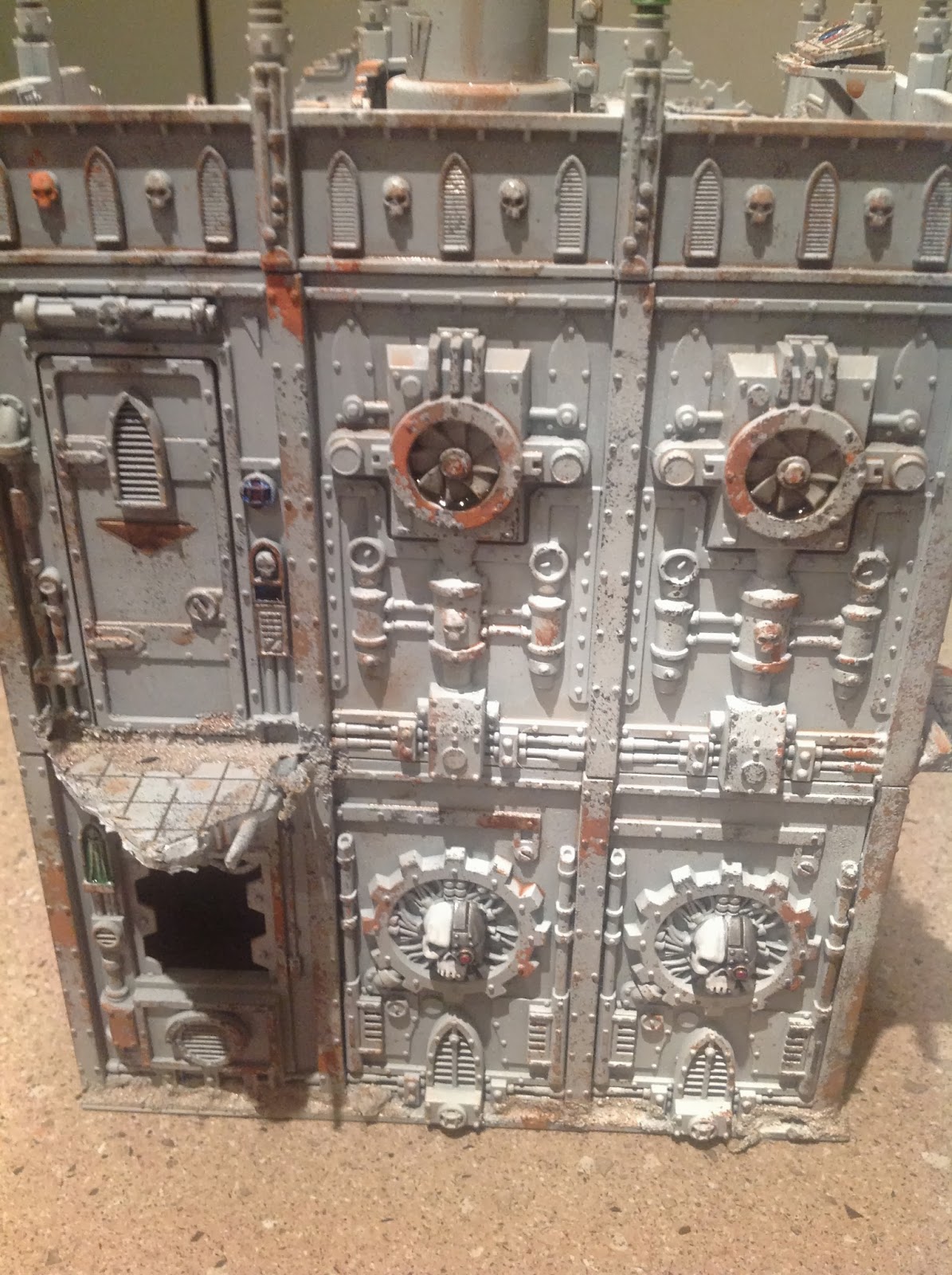 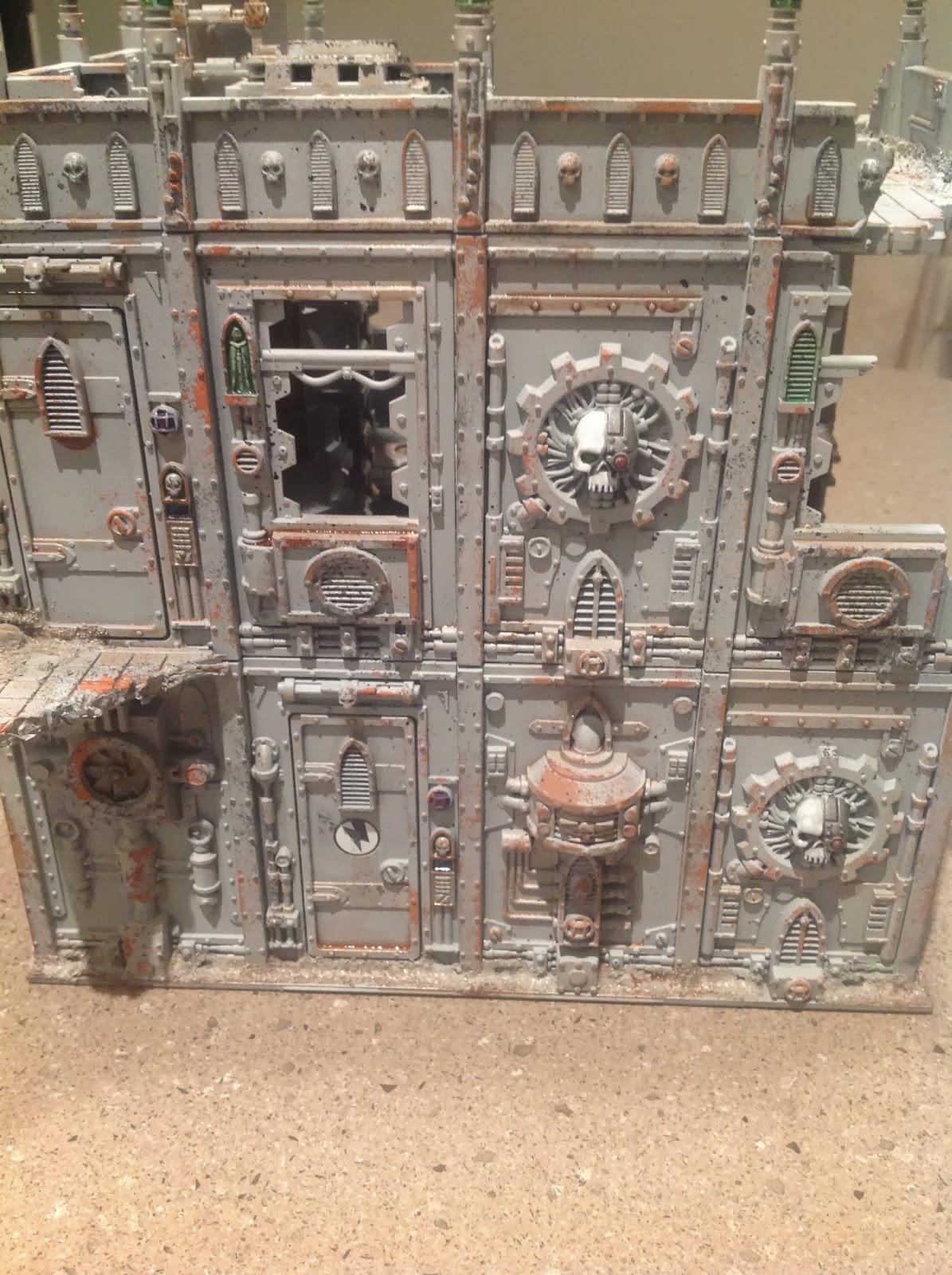 You can also see the simple internal structure here. The rear two sides have really been carved out by some massive explosions, with only a couple of beams holding the structure together! 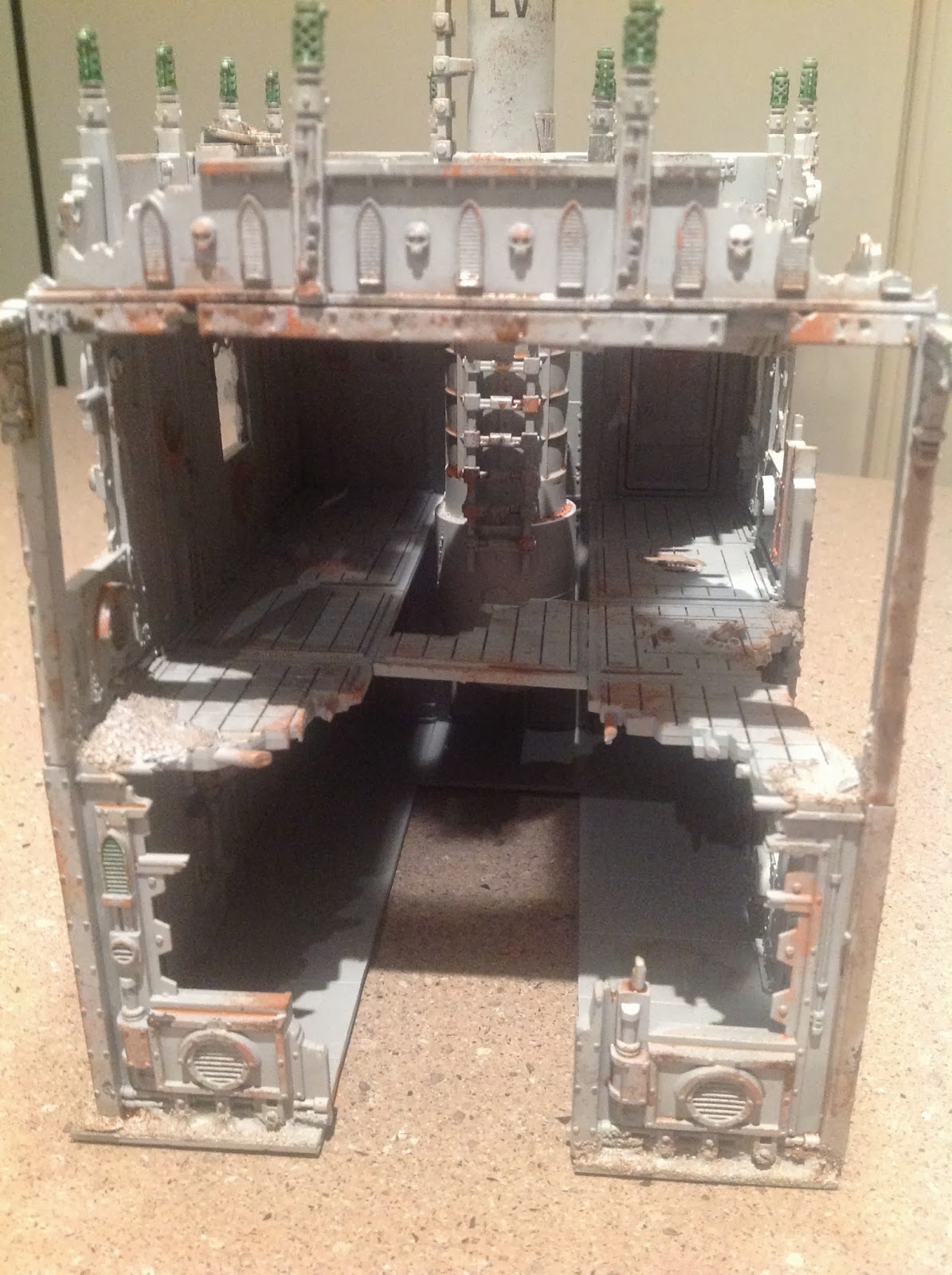 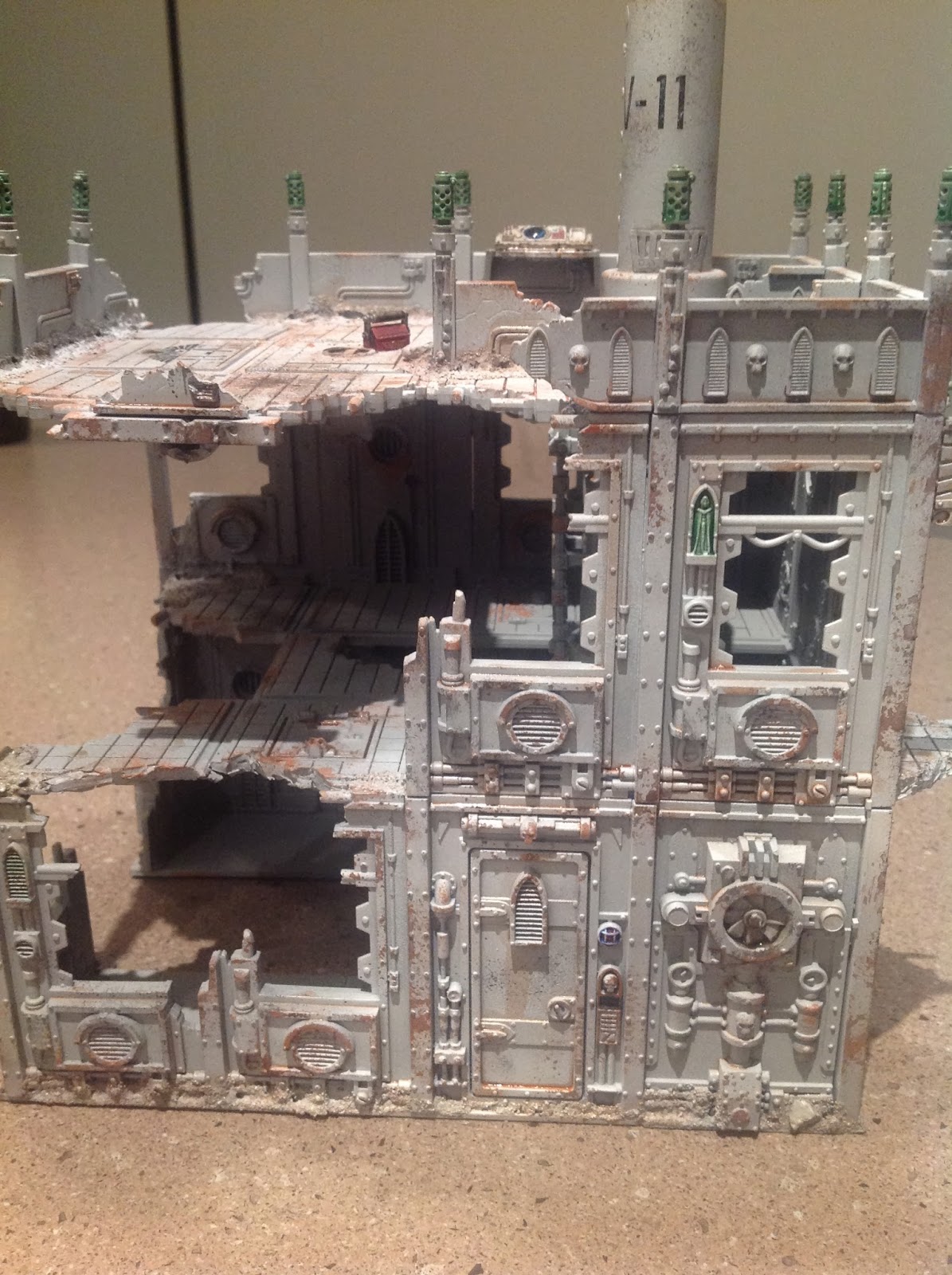 Well, there it is, I will put up some more pictures tomorrow once it has dried. Cya then,