As EVERYONE has seen, the Imperial Knight is now available. I sold all my Epic ones about 8 years ago, but I have some fond (and colourful, god my eyes hurt) memories of those models. So, like nearly everyone else, I hopped on the bandwagon. 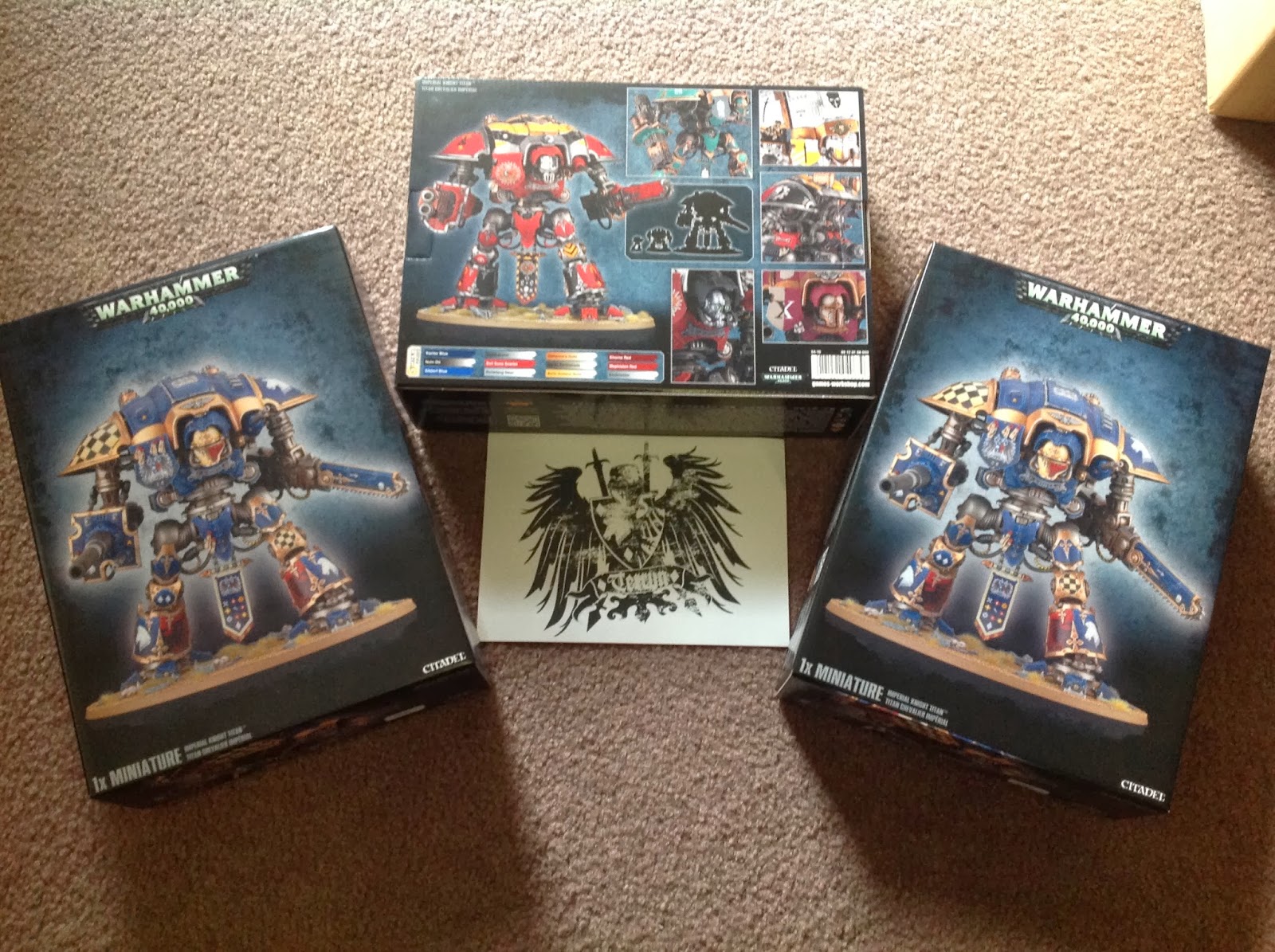 So, 3 days after ordering, 3 Knights rock up at my door. After I finished touching myself, I opened up the boxes to check out the contents. It turns out that the base is not a 120mm but an even larger base, but this is no worries as I wasn't going to use resin bases anyway. 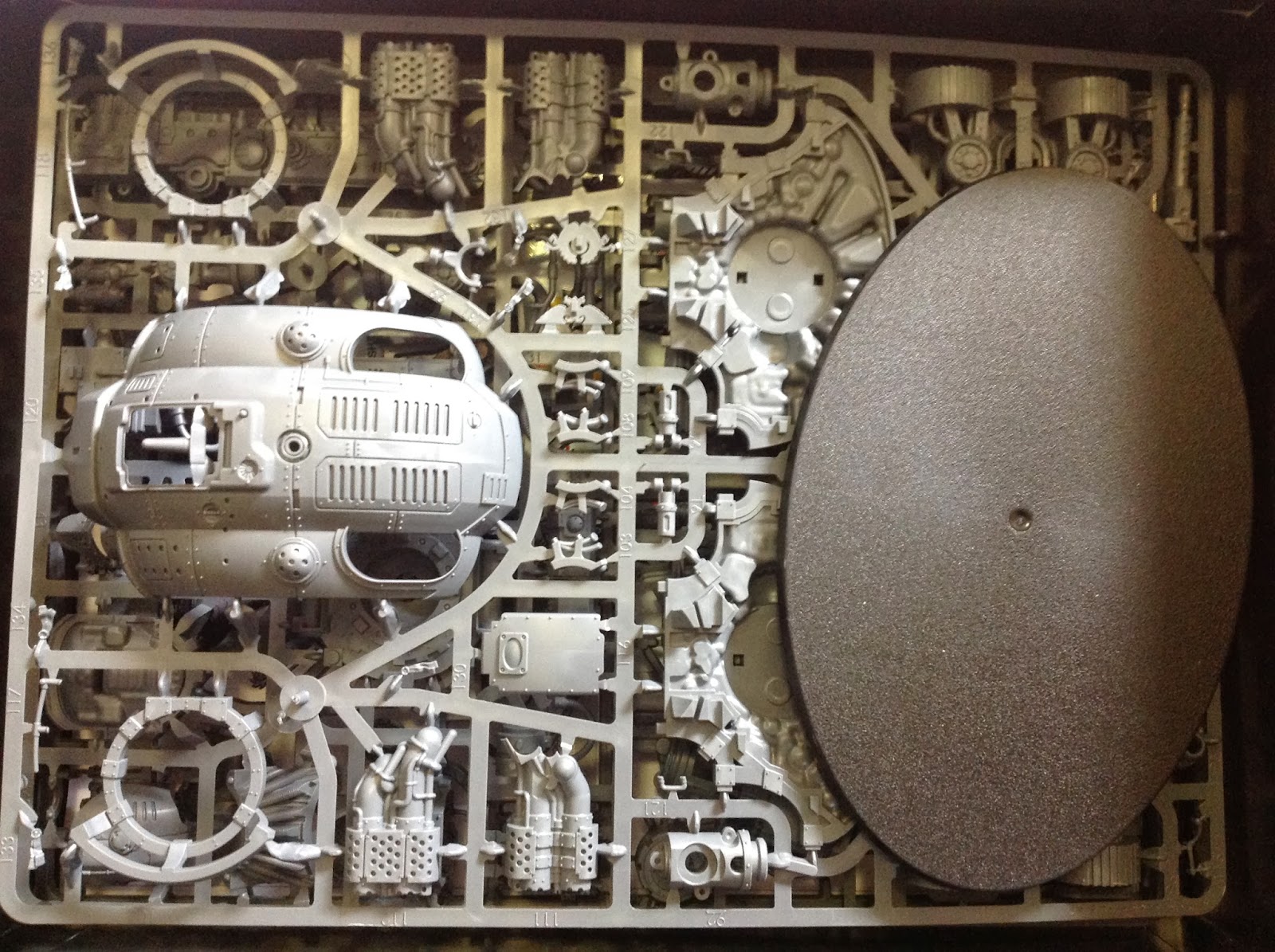 The first thing I looked at was the torso. I have seen a few folks who have built cockpits, and I love the idea, the kit is just perfect for it. That said, I have a few gripes. Most people are using the entire inside for the cockpit. Well, frankly, they have left no room for any of the mechanical apparatus to power the knight. So, I decided to see if I could make it a little more realistic. 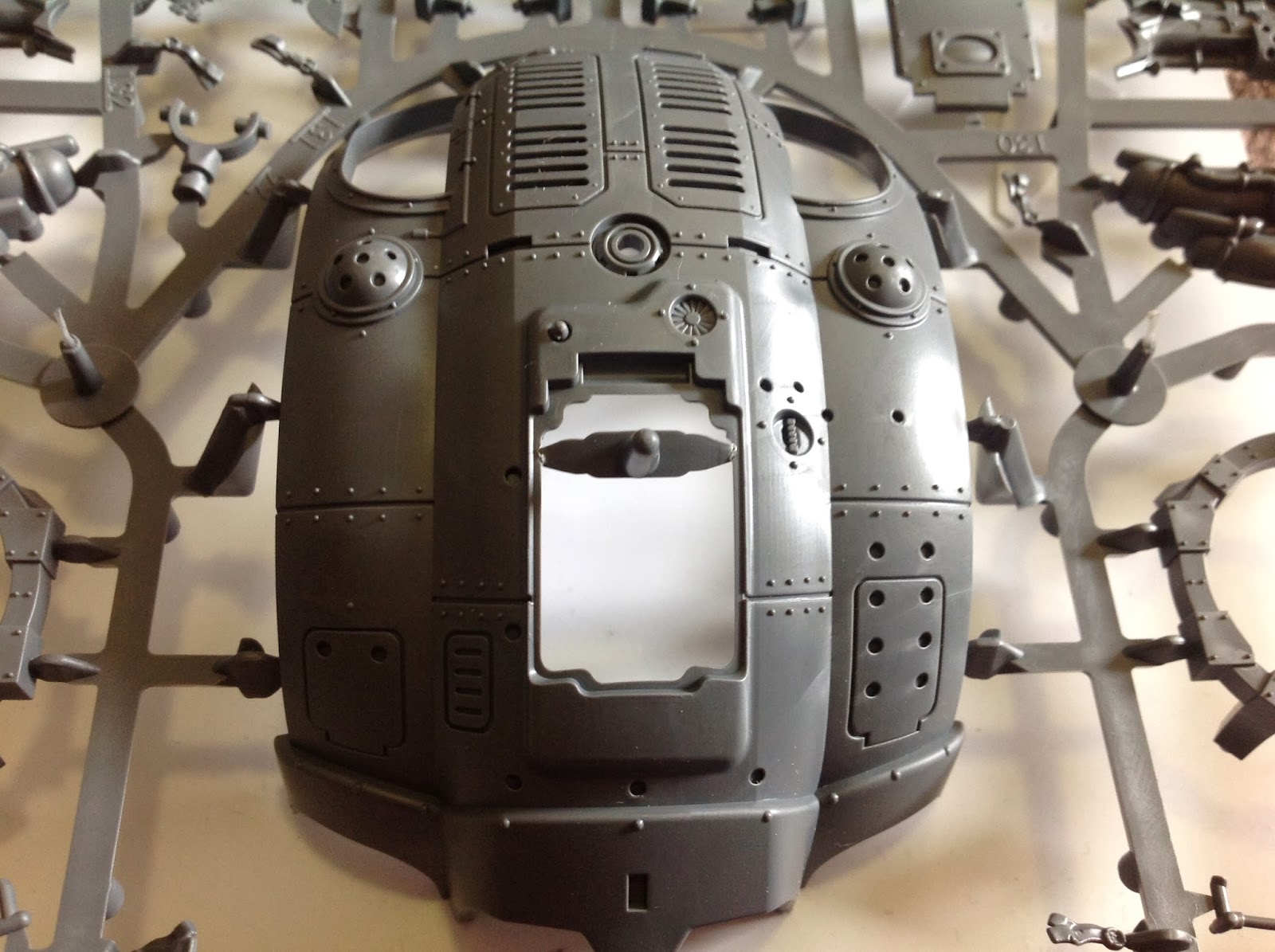 So, I thought to myself, I am doing a Mechanicum Knight. Wouldn't a servitor pilot be great? I grabbed some old metal ones and thought about how to do this, when I saw a box of leftover storm eagle parts. What do you think happened to be on them? Storm Raven top turrets. With Servitor crew.

Now, the mission was to get the turret to fit the hull. As stated prior, I wanted a cramped Titanfall style, so now I had to figure it out. 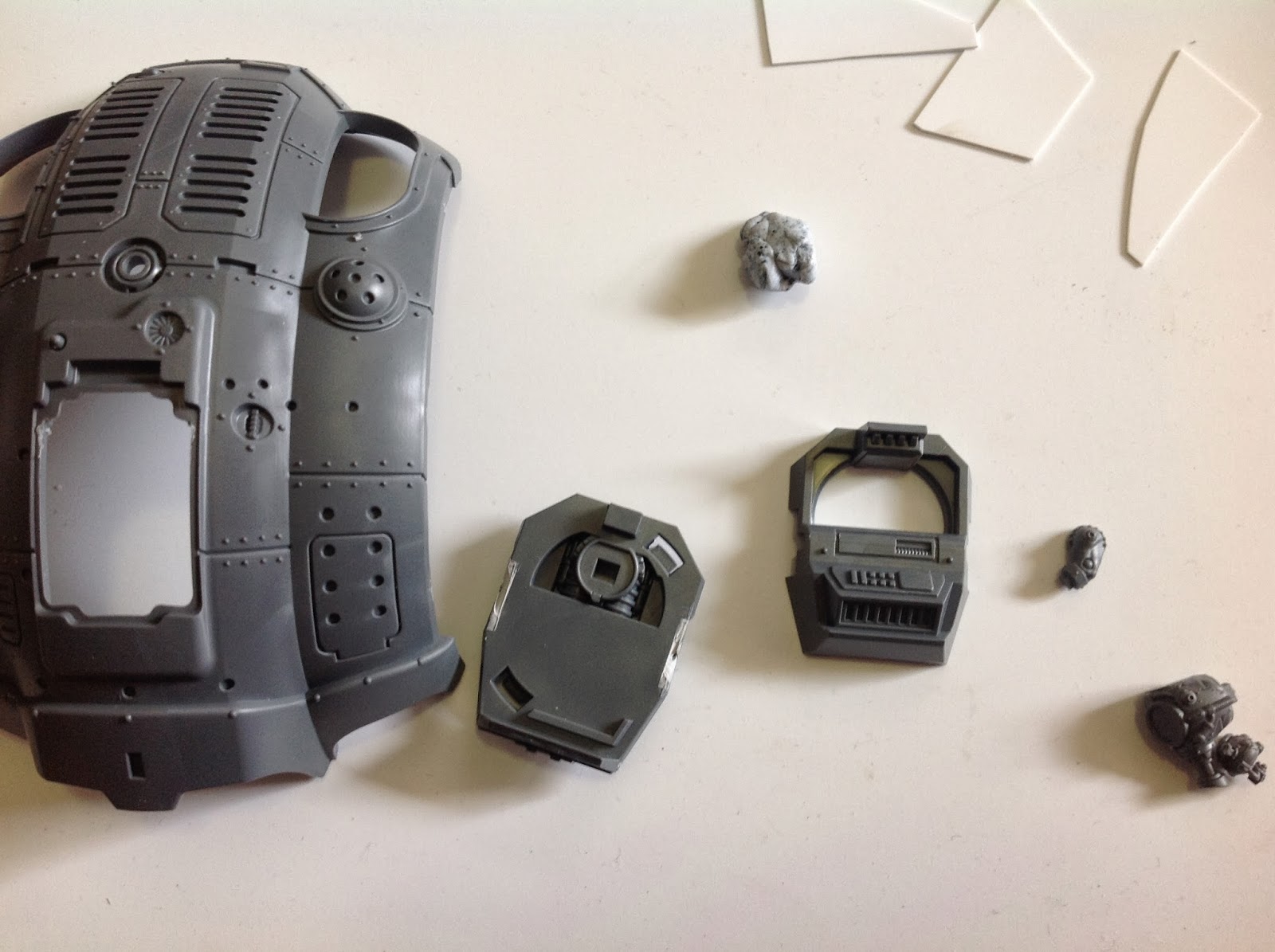 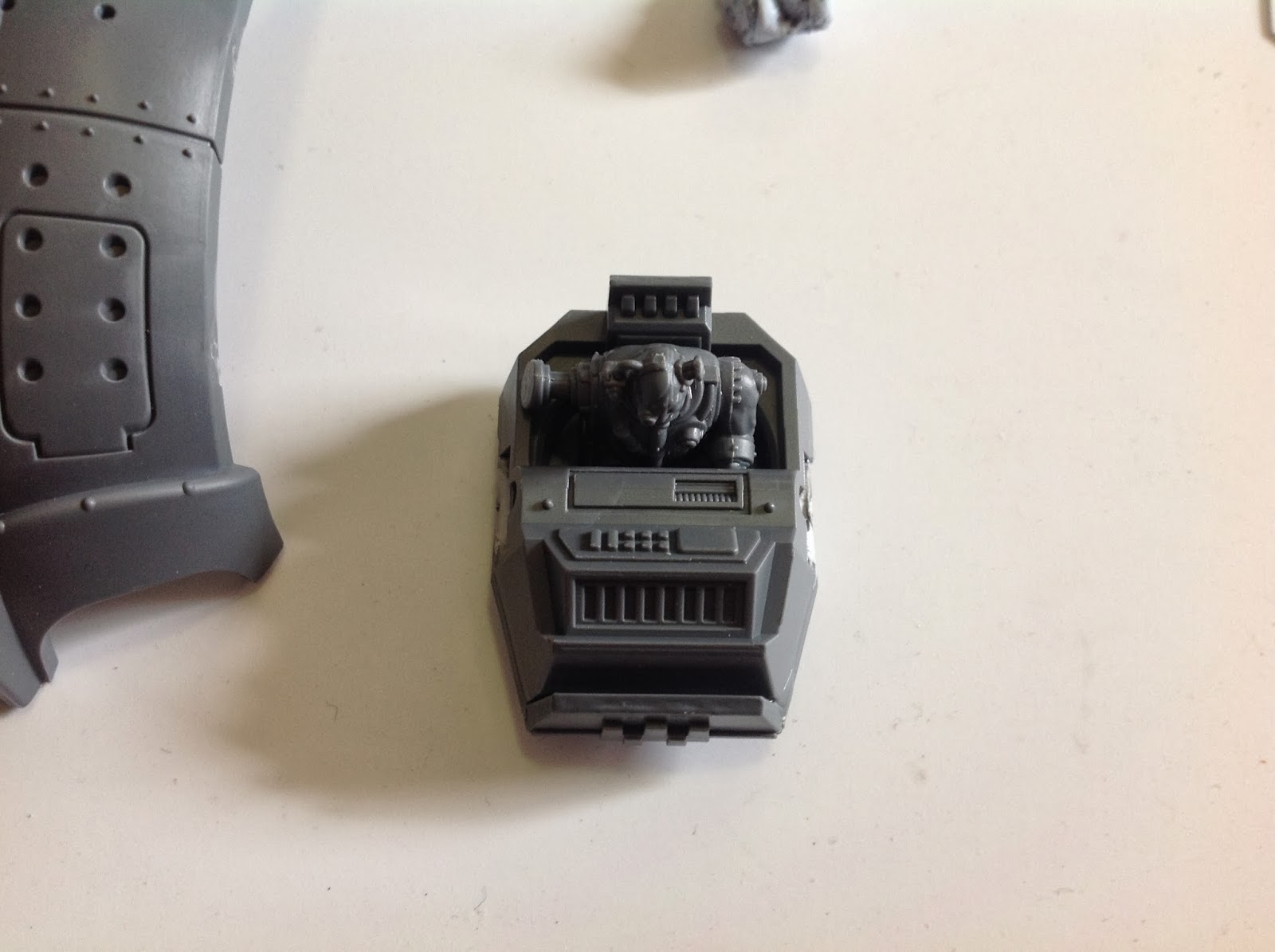 First up, I had to cut the weapon pivot points off the sides of the turret, and to slightly slice away the turret ring so that it doesn't interfere with the internals of the Knight. 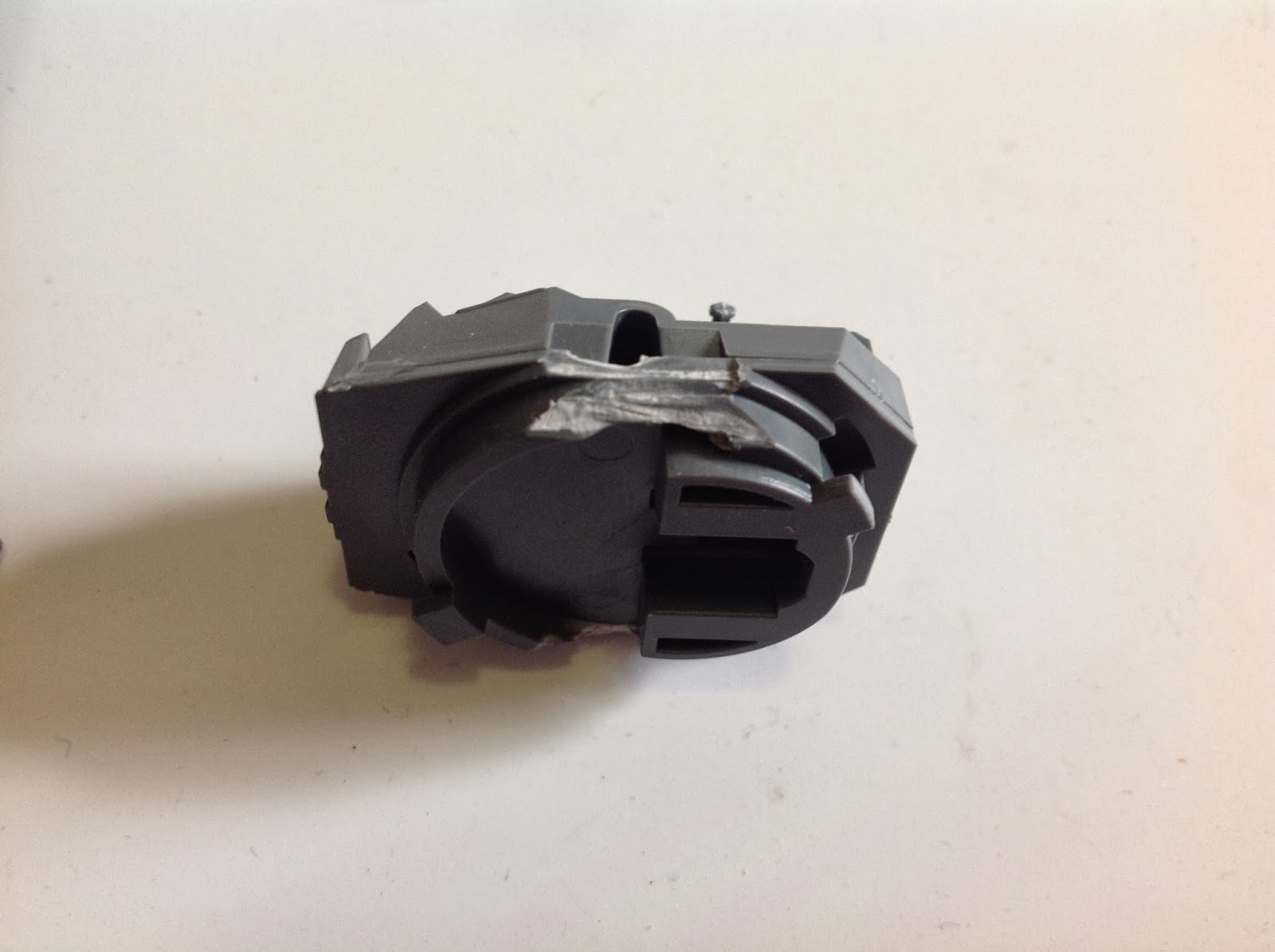 Next, I placed some very finely measured (looks about right) plasticard around the turret. The forward edges that go past the console are hidden within the hull, so it gave me a little space to play with when aligning the plasticard inside. 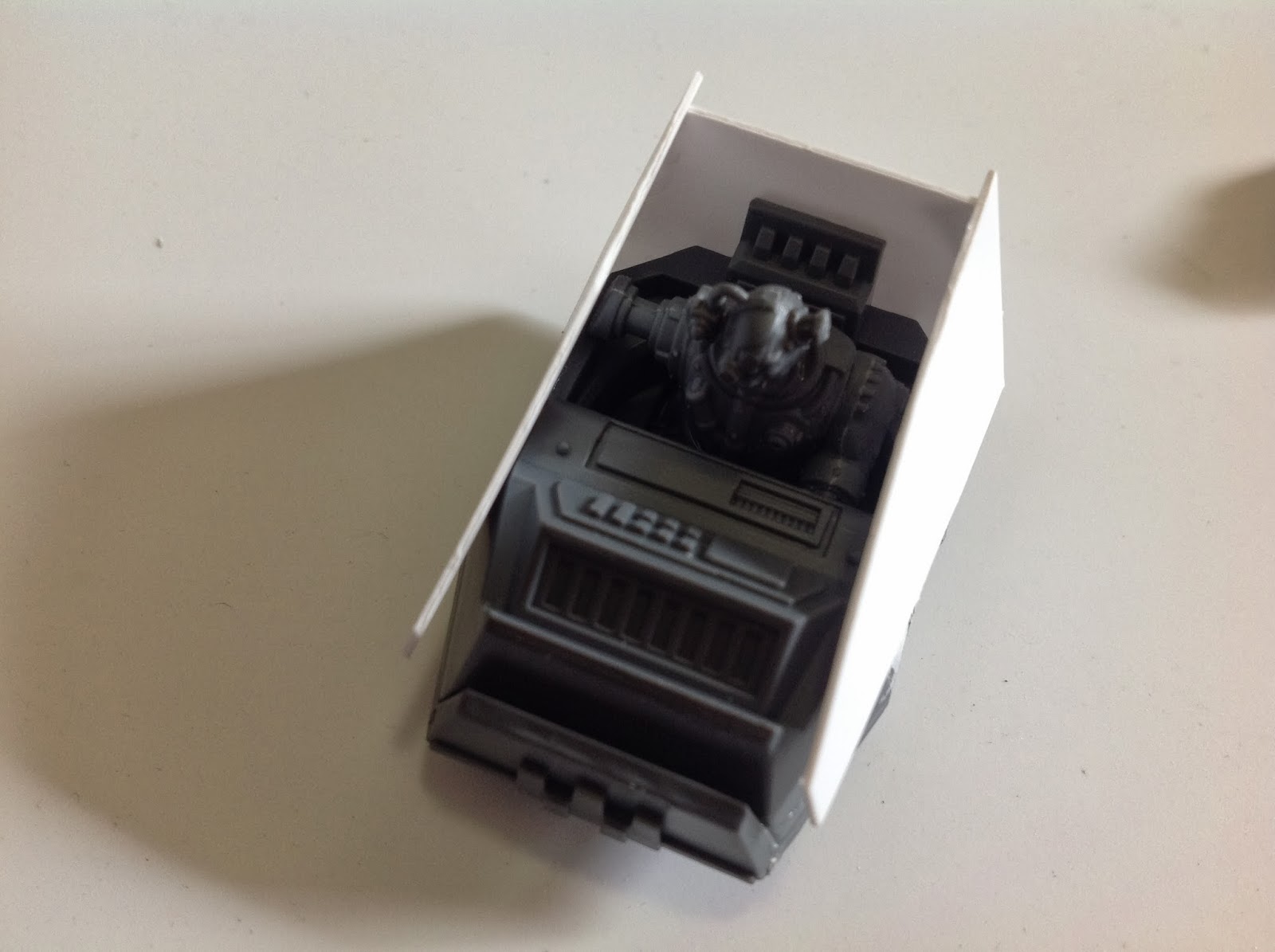 Also, due to the turret being quite wide, I have to very finely slice the protrusions on the interior of the hull. Be very careful if you do this, as the protrusions actually have details on the external facings and you don't want to damage them. 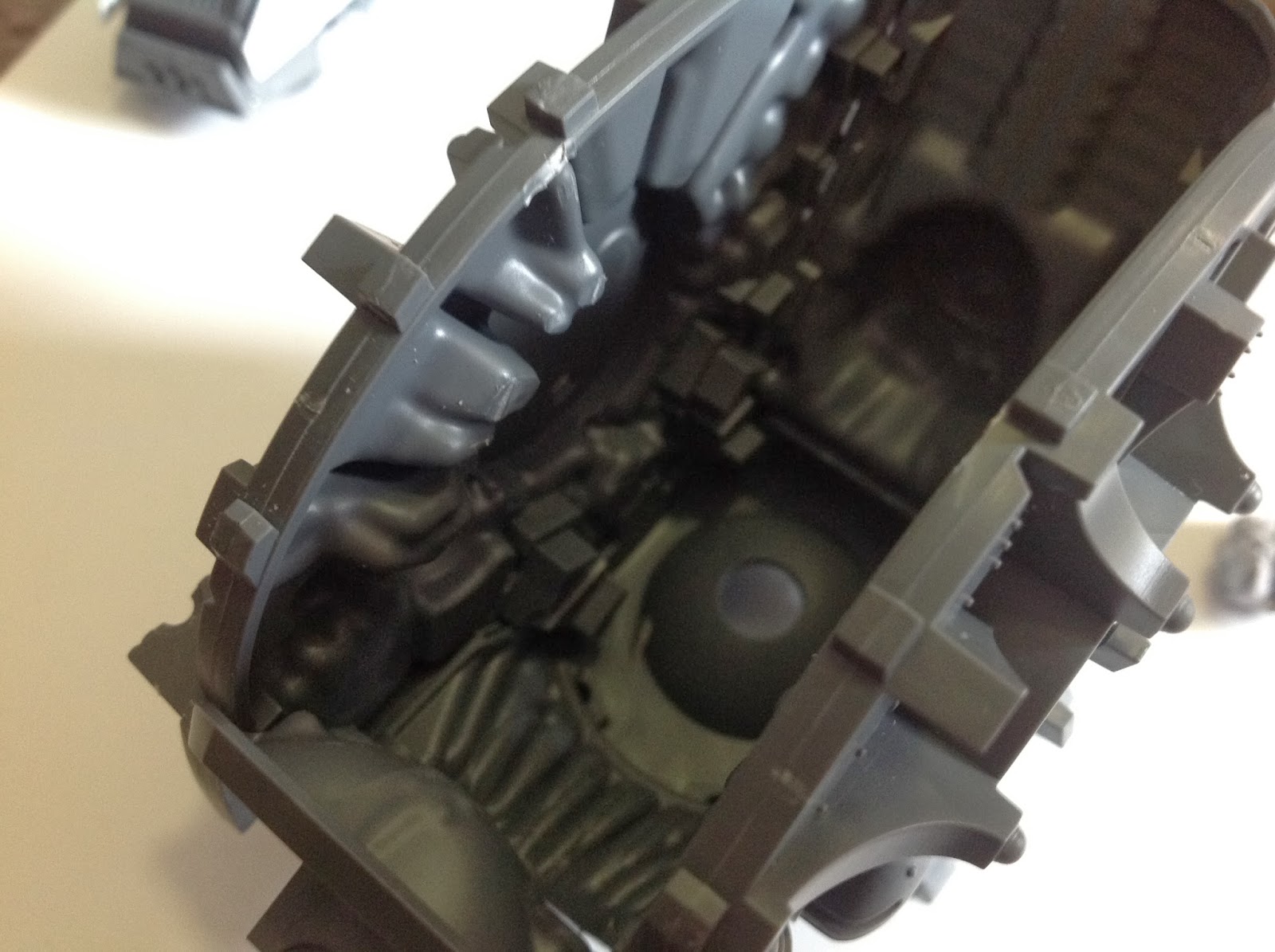 Next, I aligned the turret, and glued it into place. The key here is to make sure the pilot's head doesn't hit the door hatch. The placement is great as he would be able to physically look out the small window above his head. 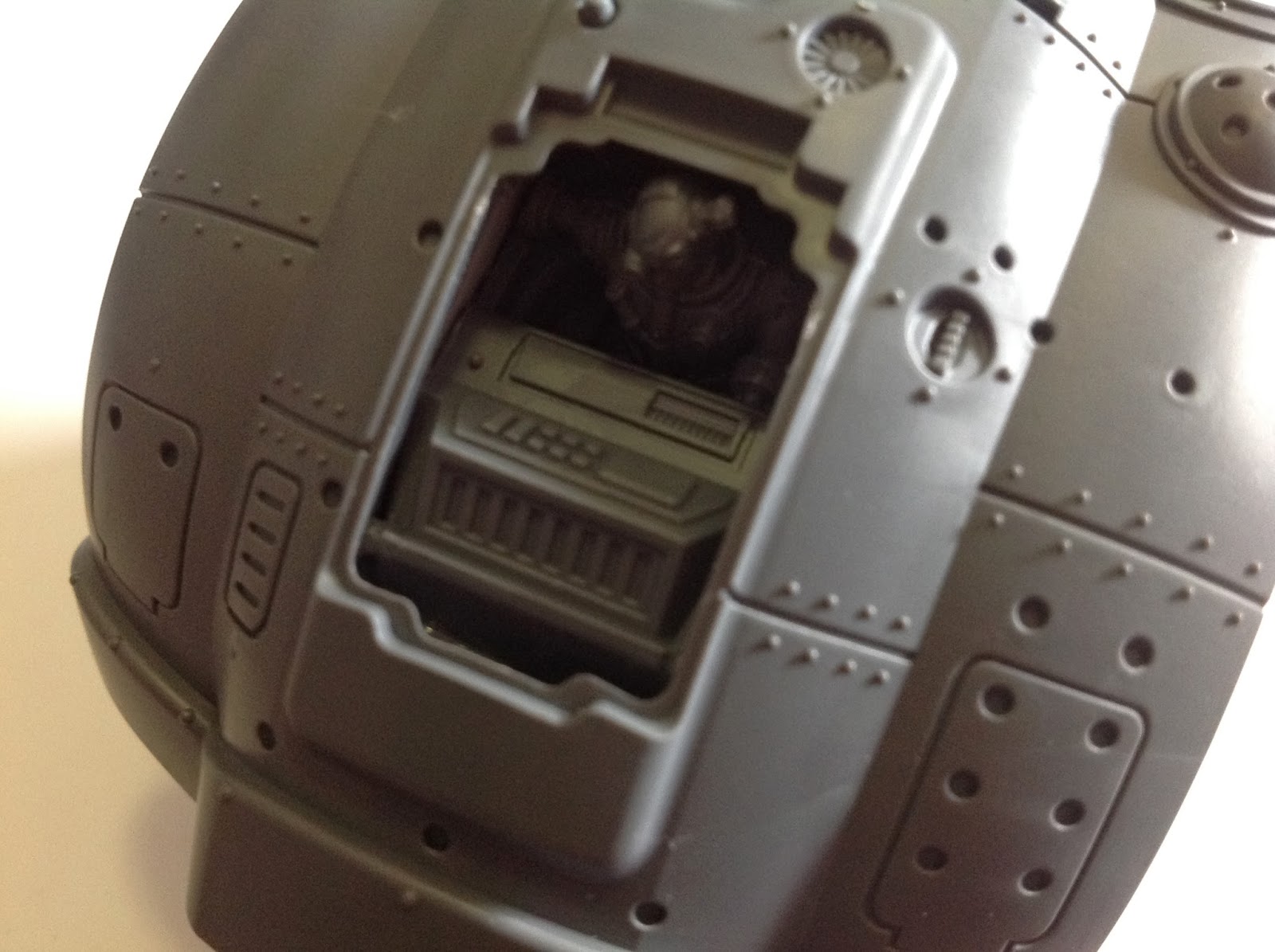 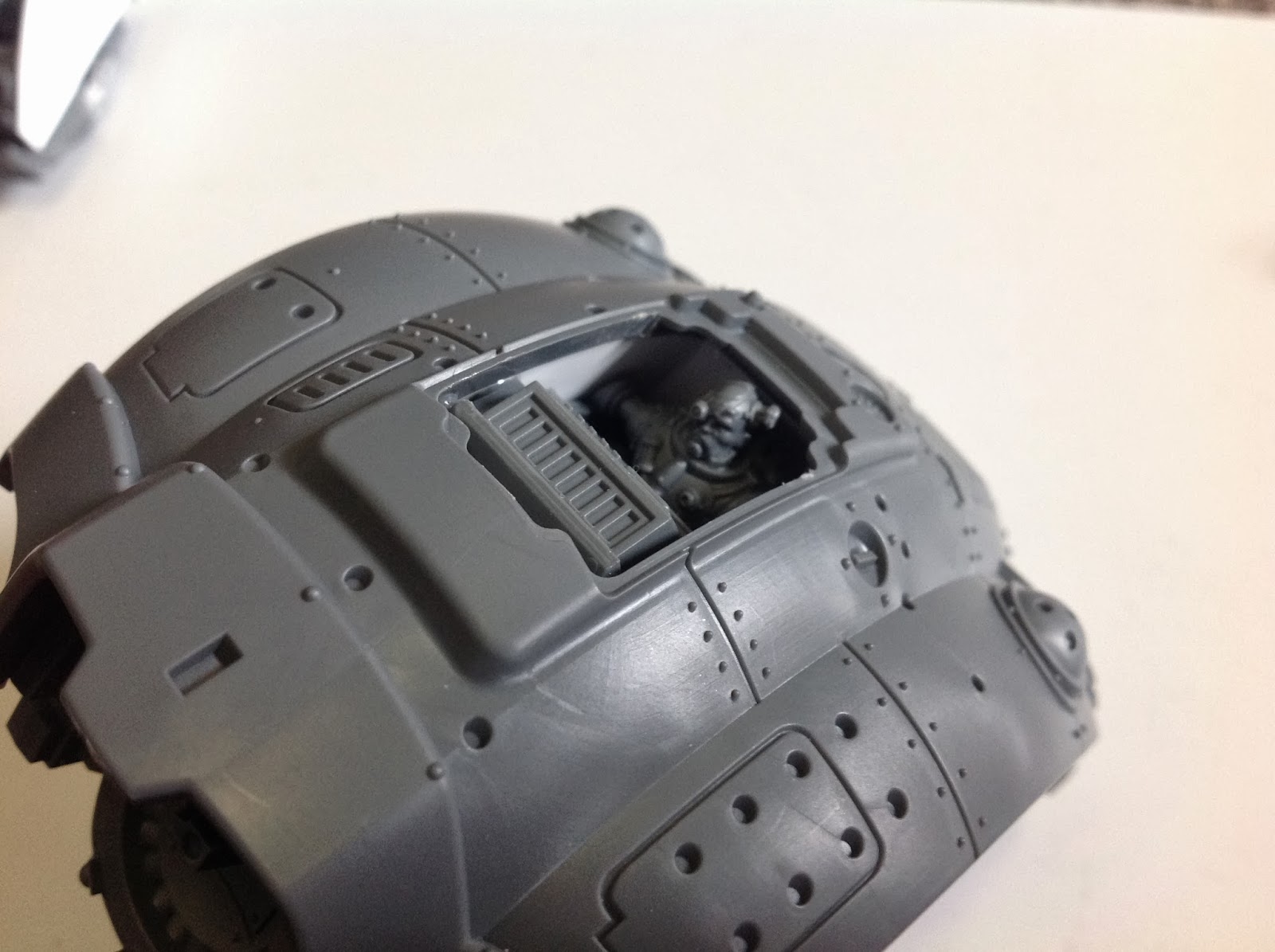 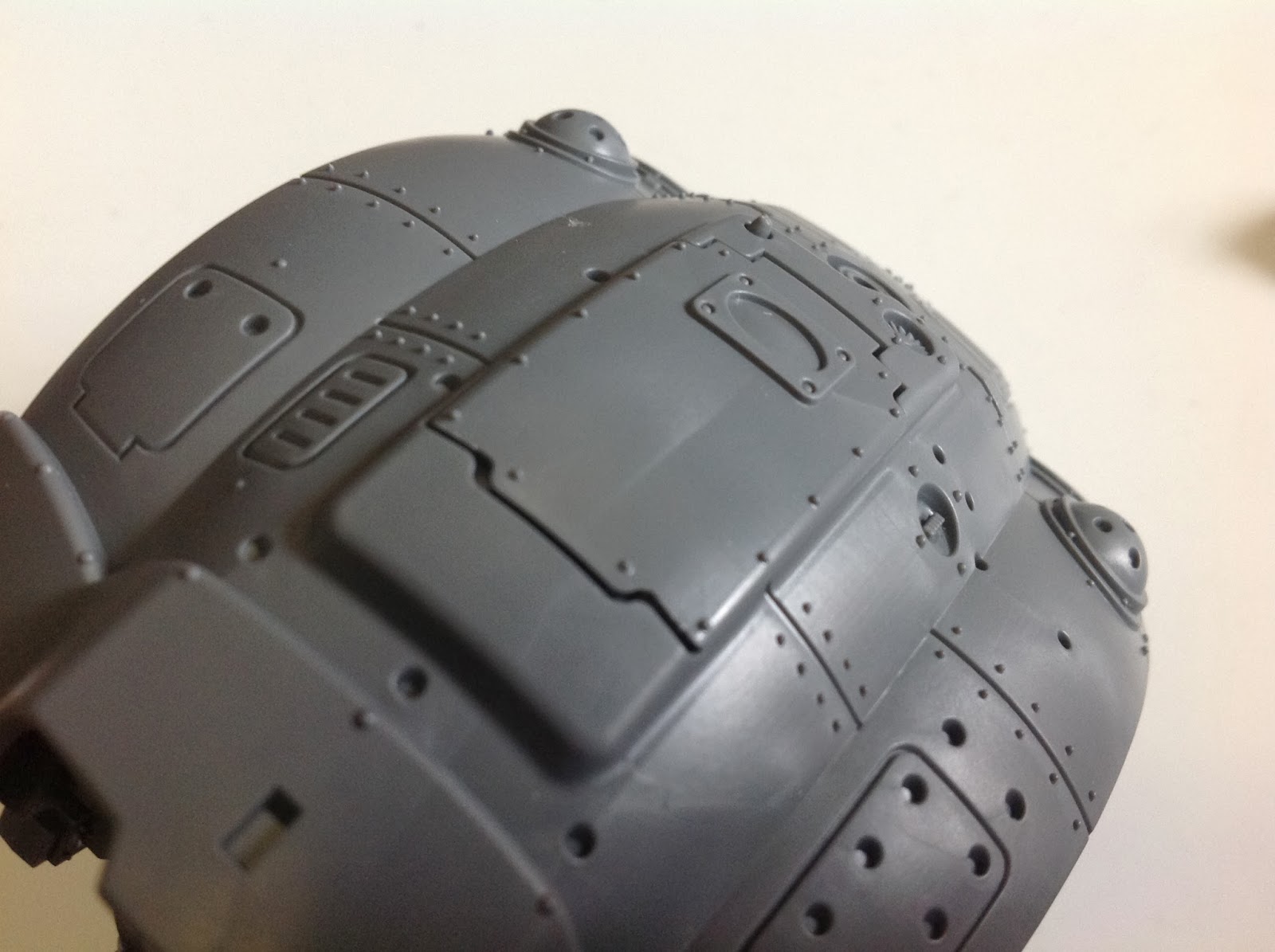 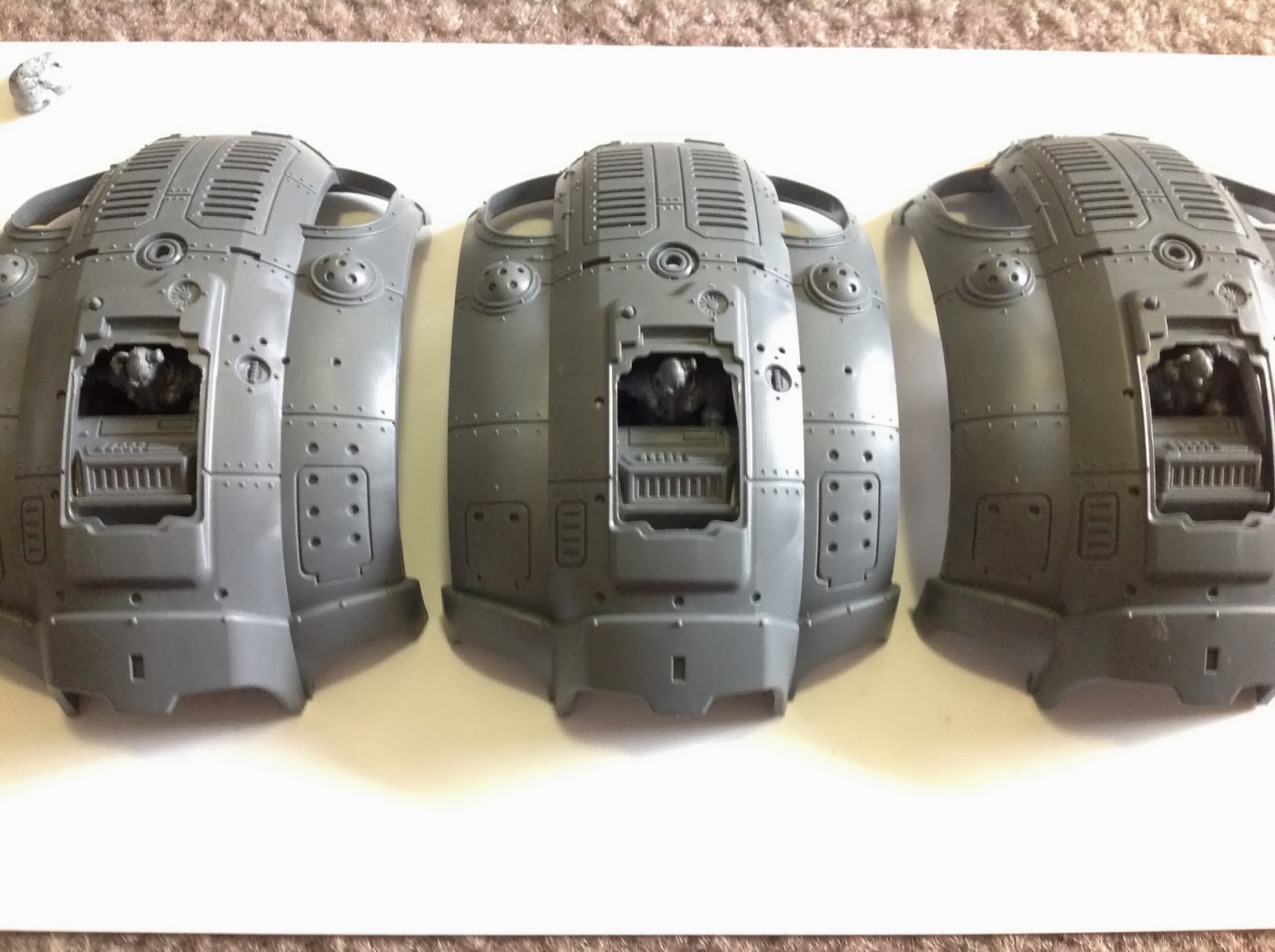 So there you go, 3 cockpits in under 30 minutes for 3 Imperial Knights. I think the servitors look great, because it is something the Mechanicum would consider, even if it is slightly against the fluff for the knights. I hope to get back to you soon with the actual paint job.
Posted by Unknown at 13:23