Fulgrim "The Phoenician" Primarch of the Emperor's Children.

So now we have gotten all of the cheering and drinking out of the way it is time to move on to more important things like 30k! To kick off my 2015 blog  posts I figured I'd share a model that for mine was a pleasure to work with and that I had a great time painting... Fulgrim. 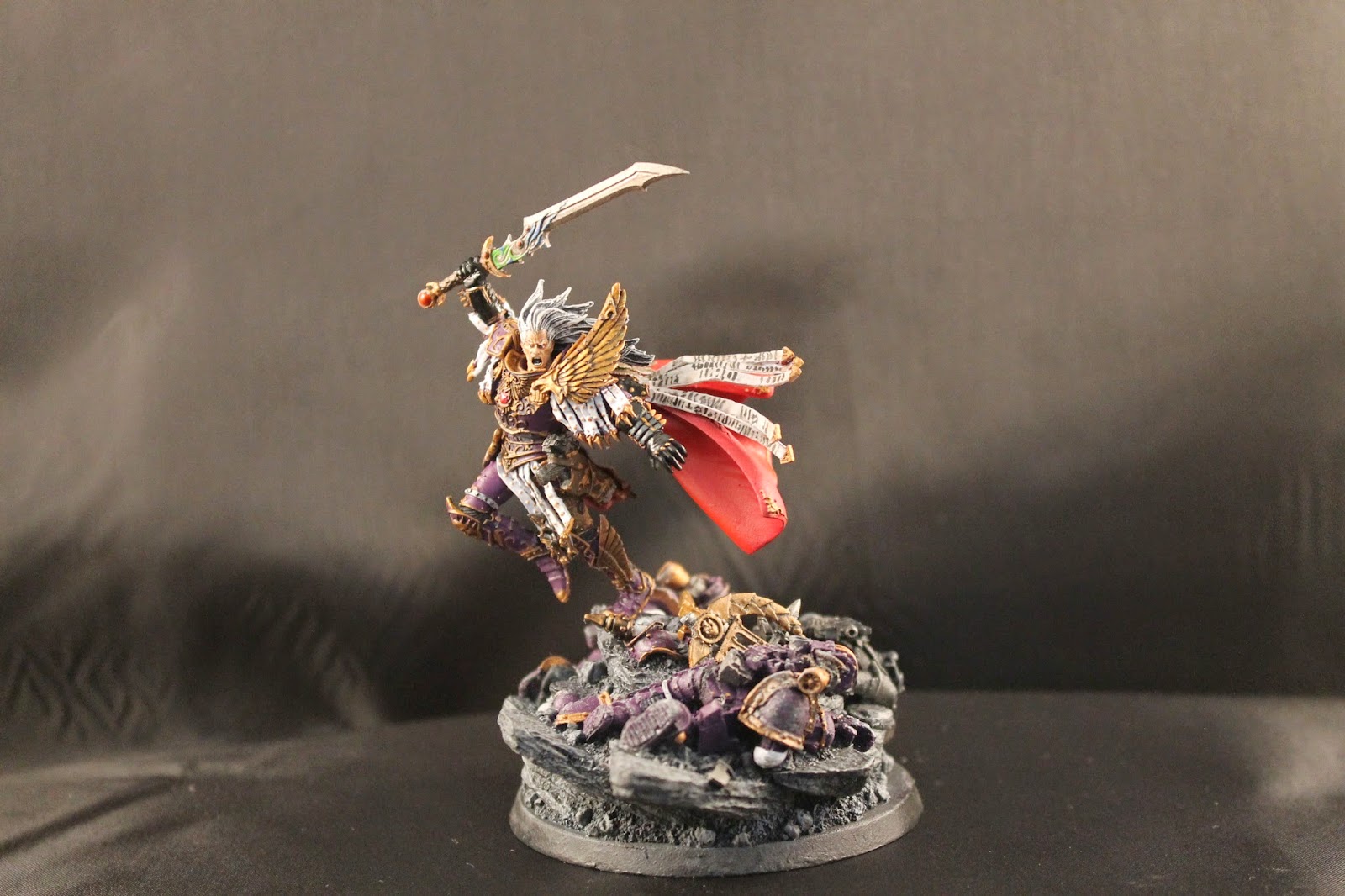 I personally think this is one of the nicest of the so far released Primarchs, not just because I am loyal III Legion but because the sculpt whilst being beautiful also perfectly captures The Phoenician during his fight with his brother and best friend Ferrus Manus.

This was the most challenging model I have painted to date and as I said in my very first post, I don't regard myself as anything special in the painting world, but I am really happy with how this model turned out. All the gold trim was done using a Balthazar Gold base then Gehenna Gold over the top. I used, a black oil wash over the detailed parts of the model. You can tell by the below photo that Fulgrims gloves are shiney, this is because I used a gloss clear coat after he was matte coated. I wanted his gloves to have high shine latex type of look because... well was a daemon possessed pleasure fiend by this stage and what says "HERE'S GRAMMY!!!" more than high shine latex! 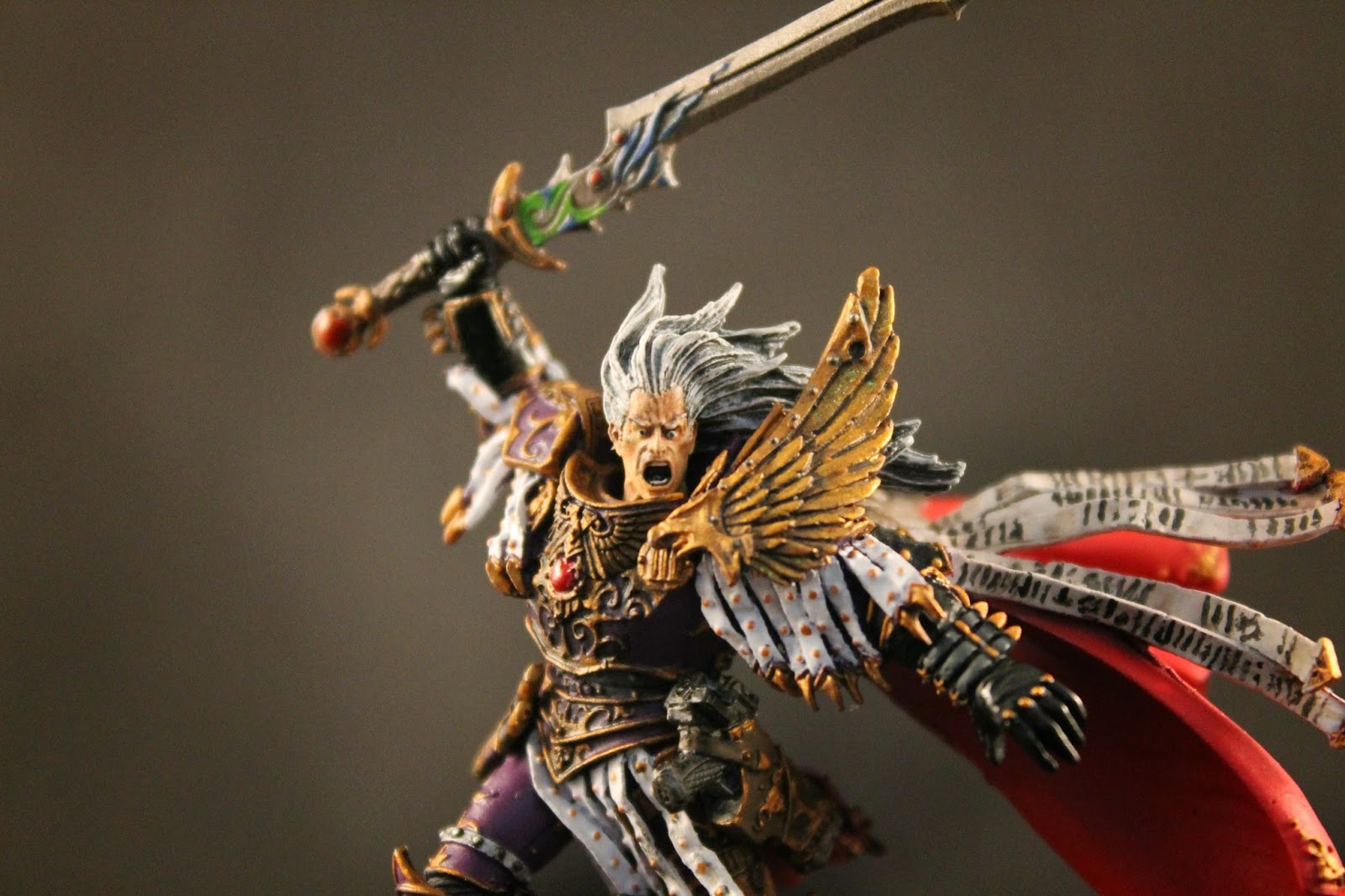 I am really happy with how the cape turned out. Some of it was extremely fiddly but I think the end result makes up for that. The base colour for the cape is Wazdakka red and then i highlighted it with Evil Suns Scarlett. It was a little bit of pain in ass to fit but after much swearing and google imaging I sorted it out. 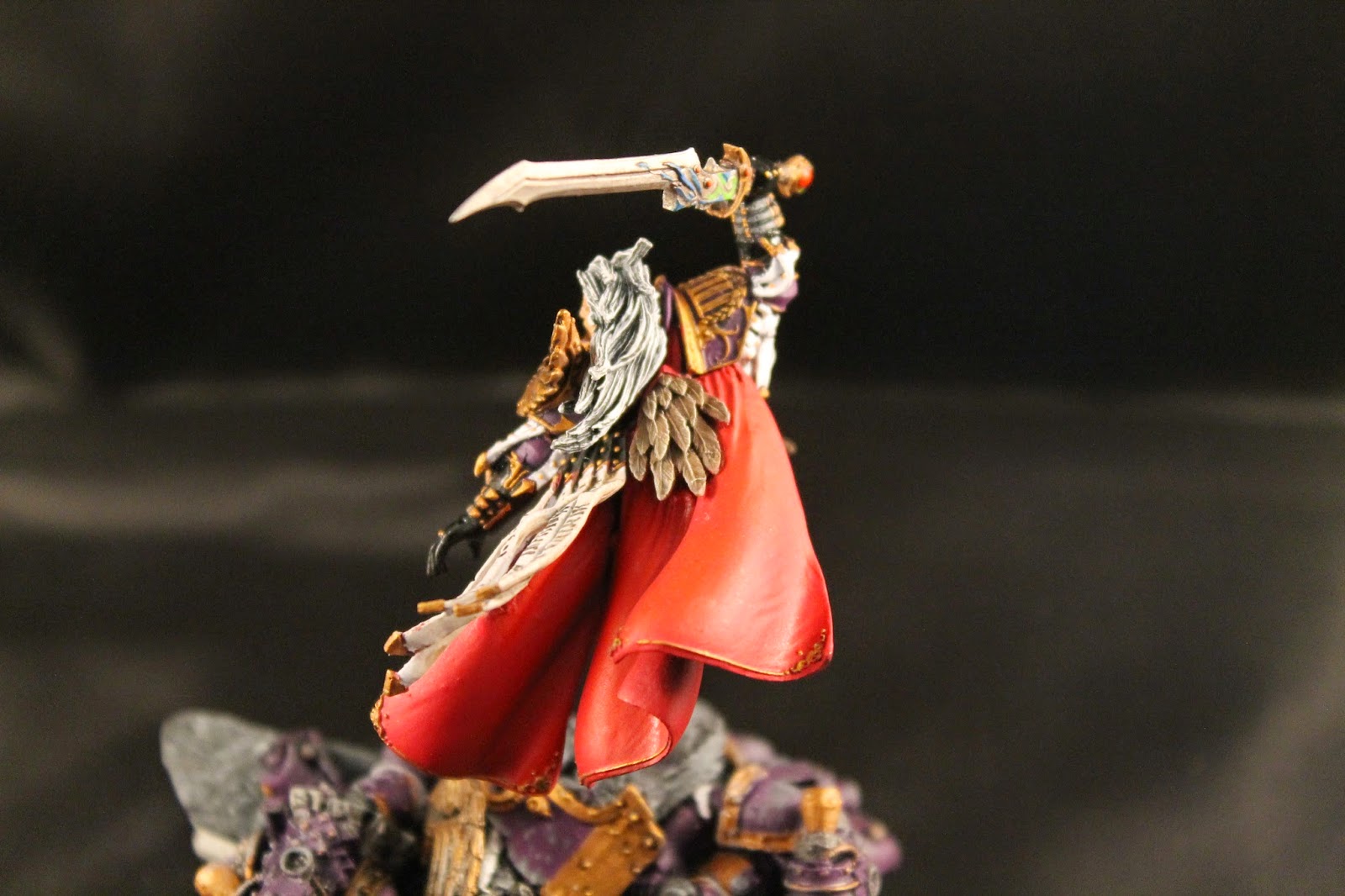 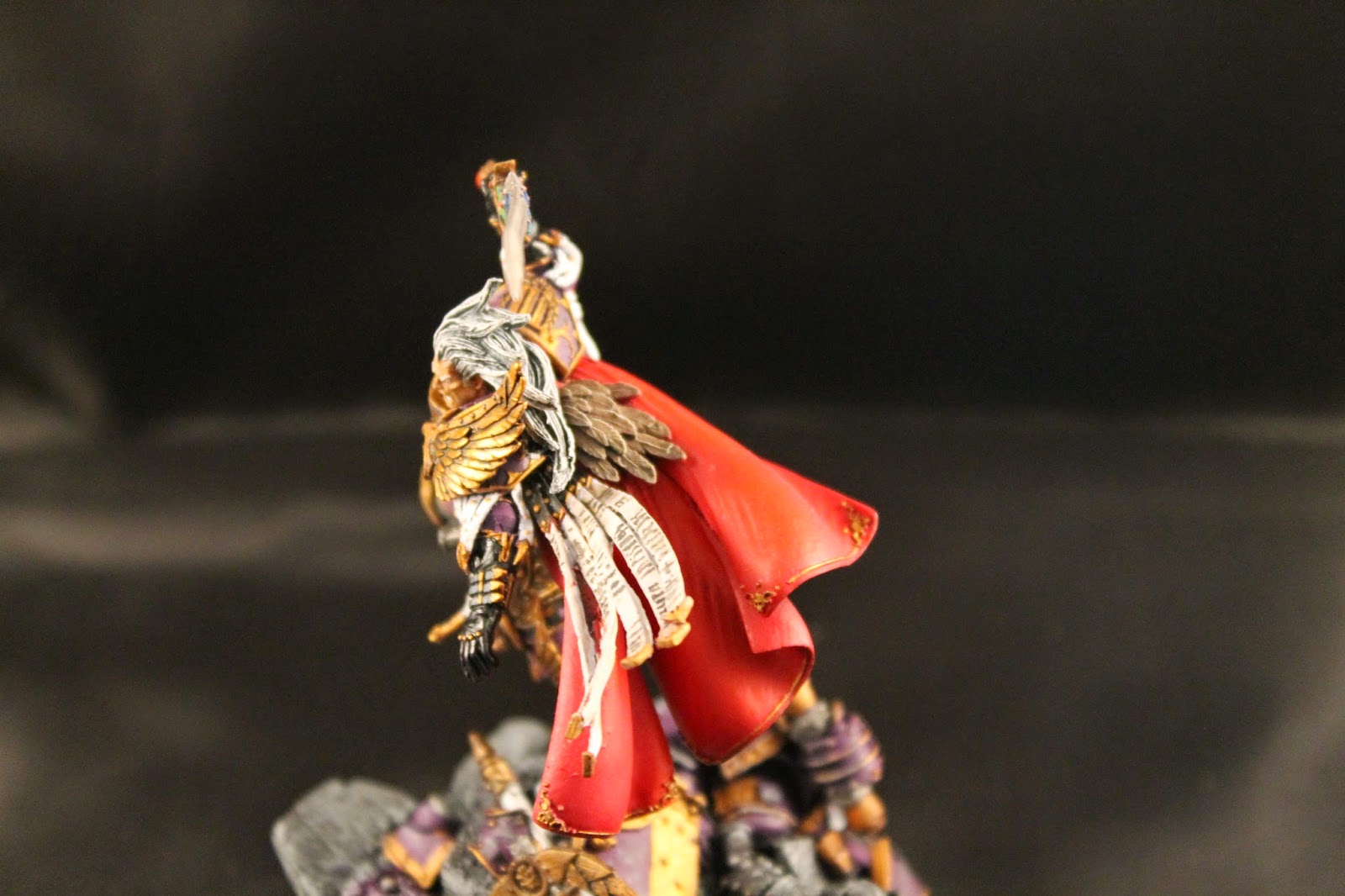 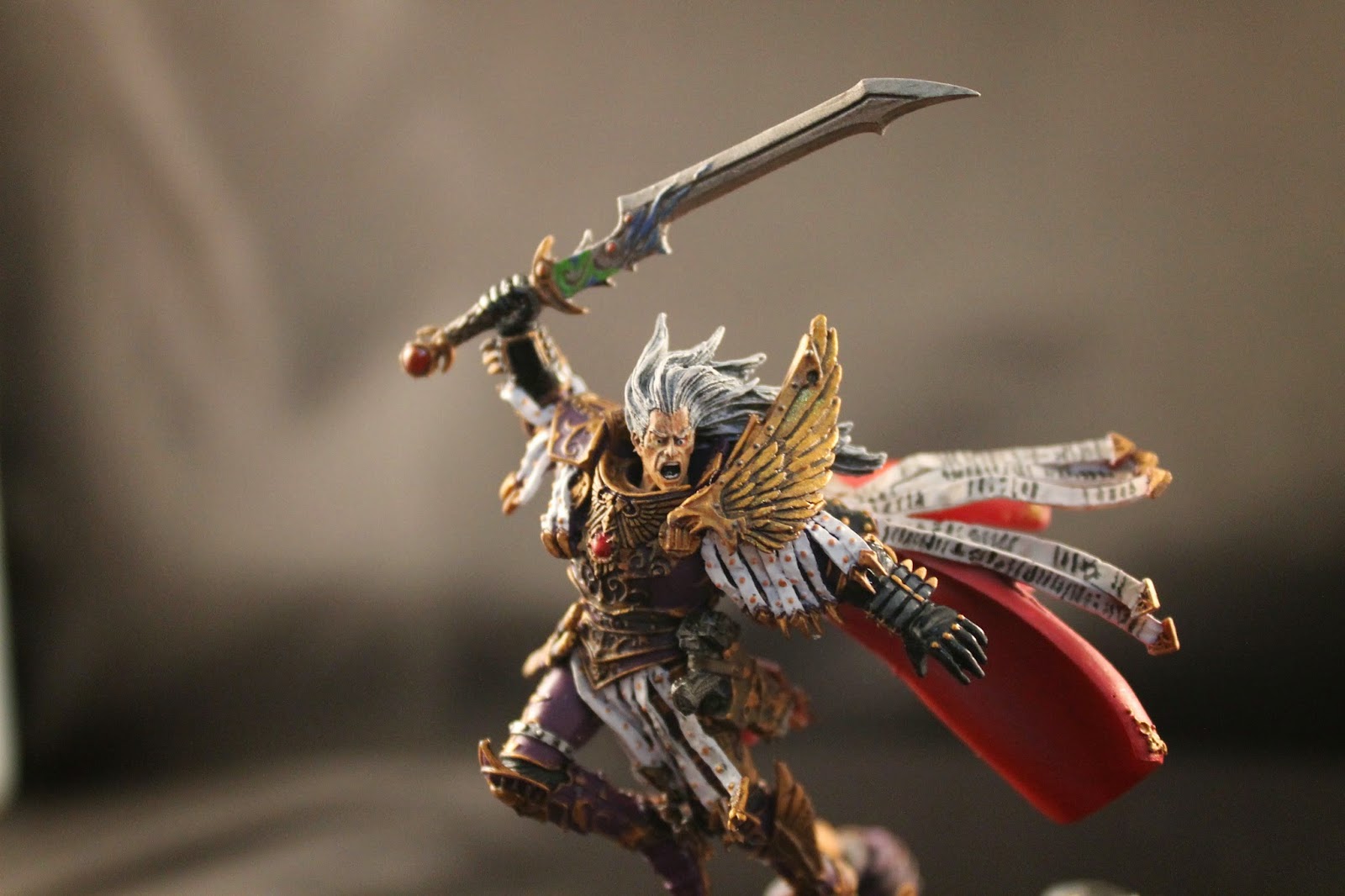 For the base I chose to have Fulgrim fighting predominantly among his fallen sons save for one dead Iron hand, though I didn't have a choice really there as the model is sculpted as one. I've magnetized the base so it stays together when Fulgrim is inside it. There is nothing special done to the base. All the principles used were basic. Base, wash, dry brush a few times, battle damage and done! I painted the marines the same way as I paint all my marines. Here is a link for those who want to see http://agalaxyinflames.blogspot.com.au/2014/09/iii-legion-emperor-children-part-1.html 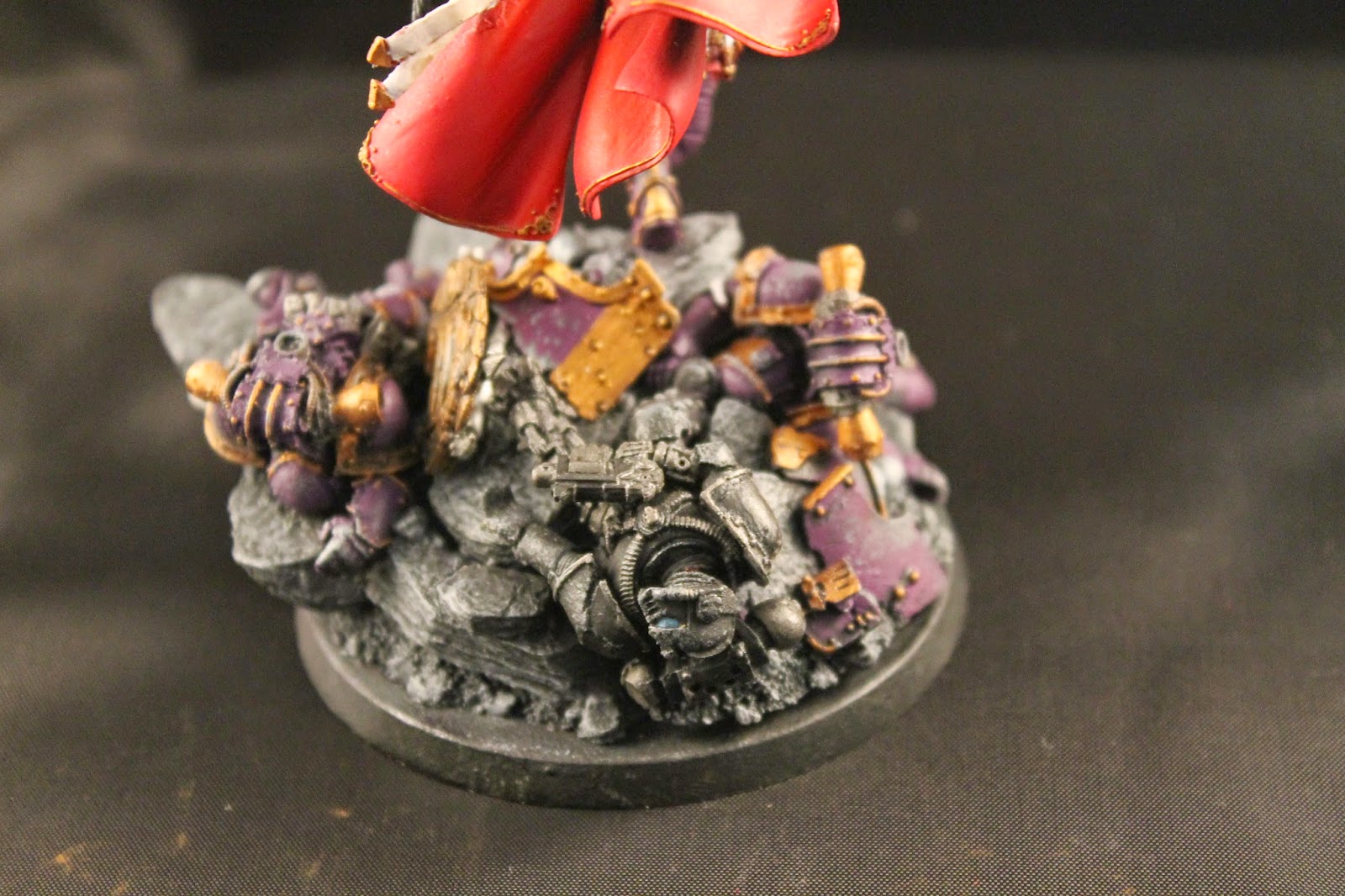 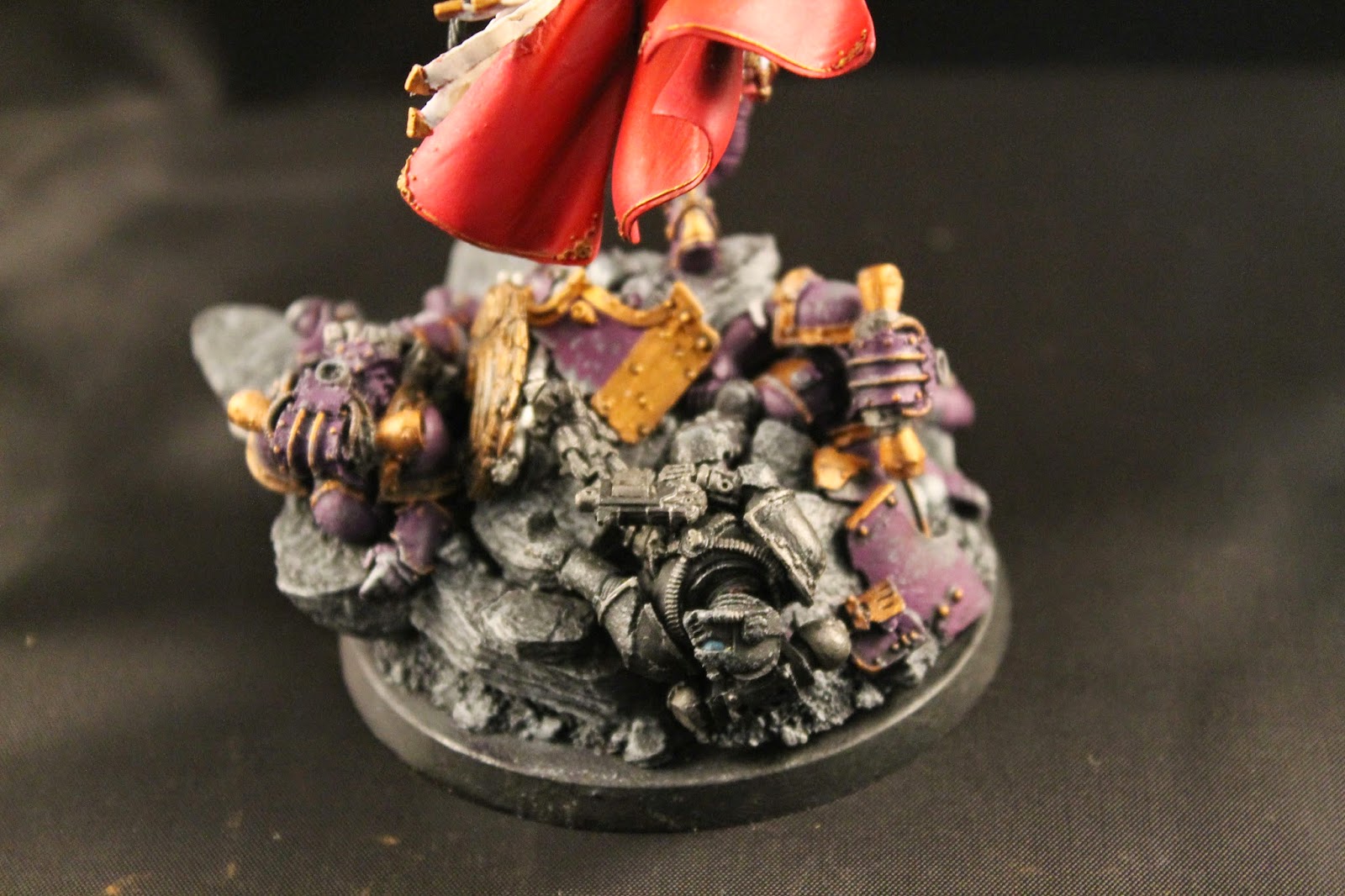 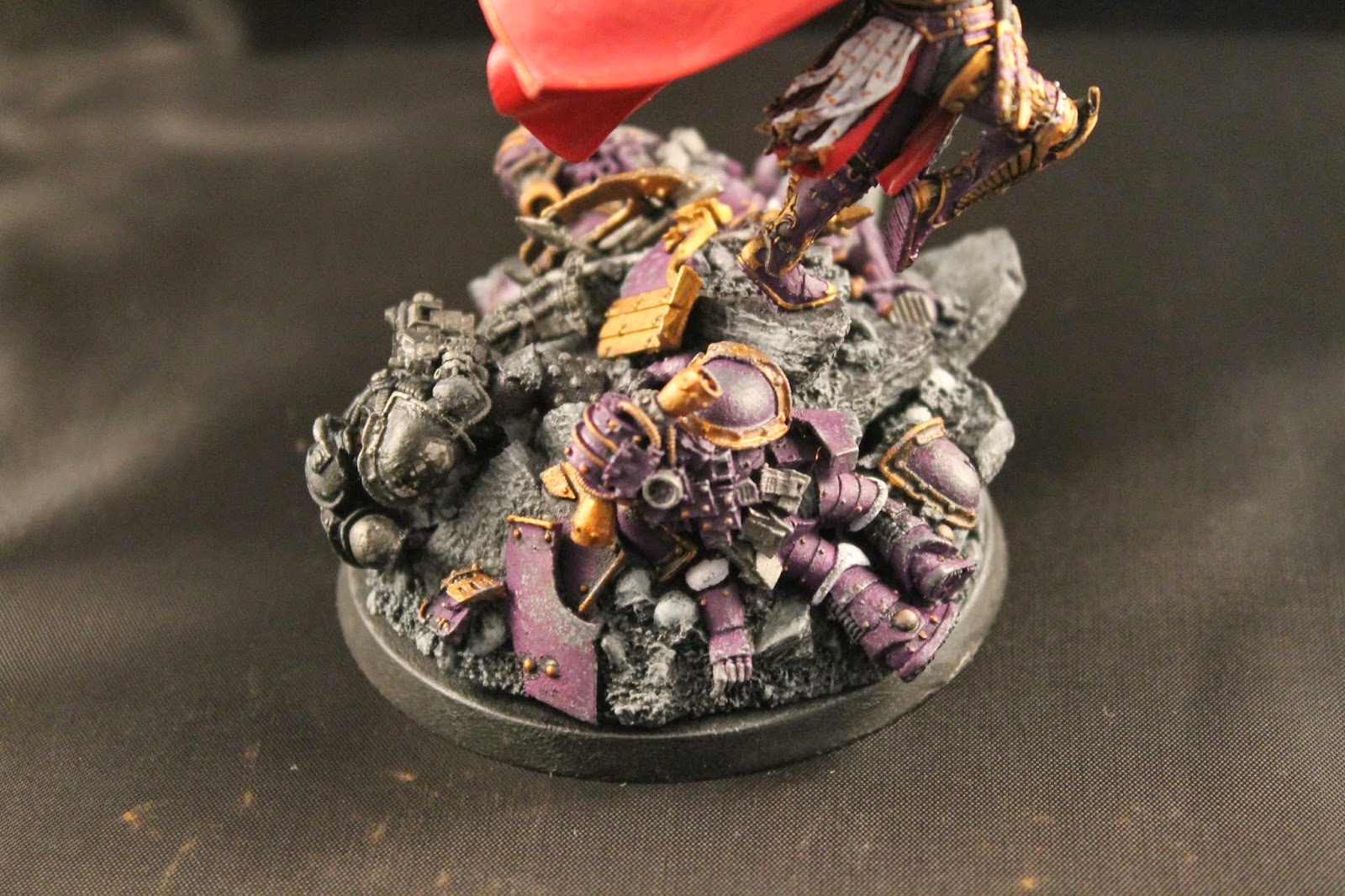 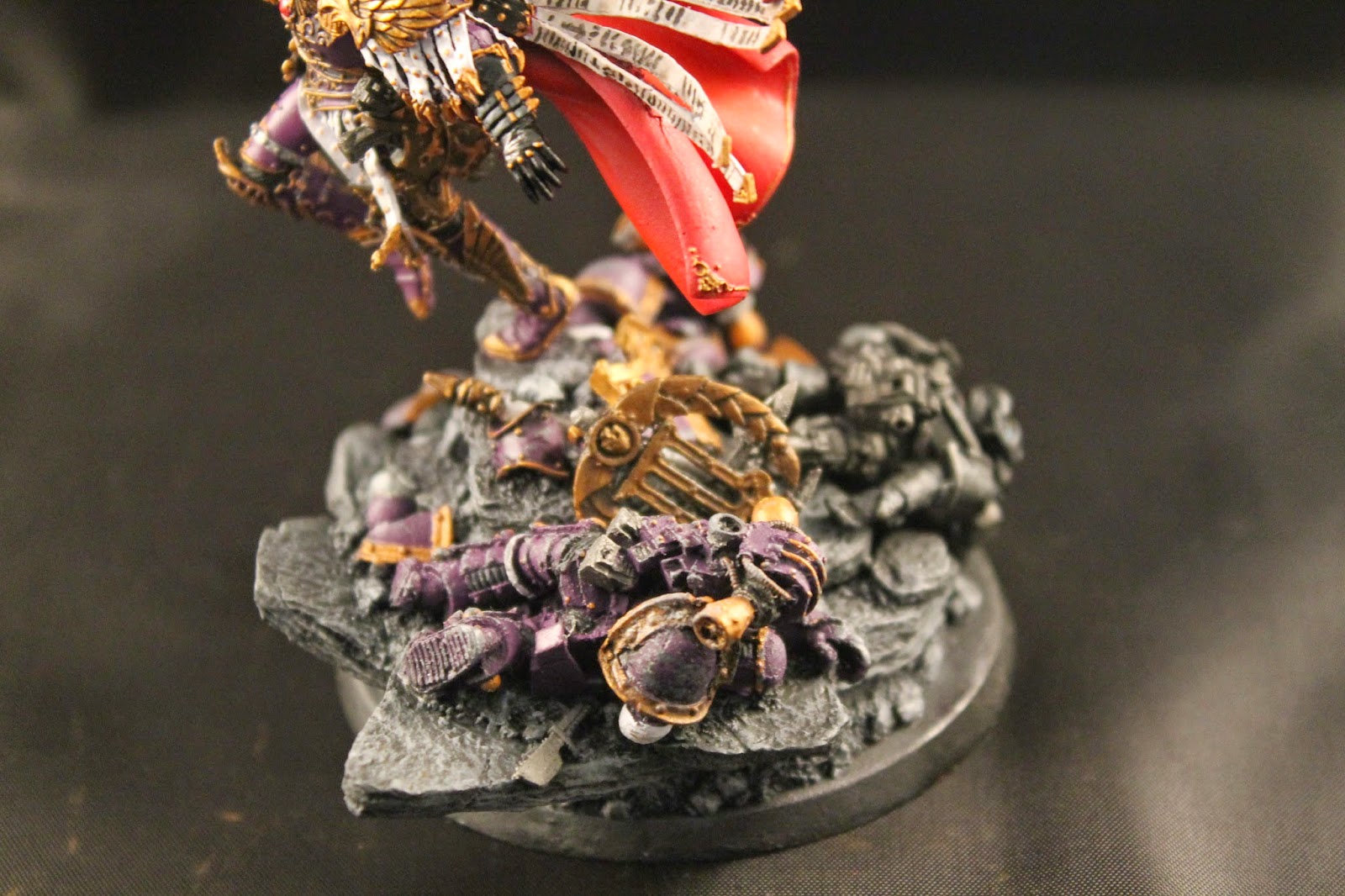 This model truly was a pleasure to paint but has been even more fun to play with! He is just a beast in combat and is now a starting feature in all my EC lists. The last game I used him in it took Perturabo, Angron, Consul, 10 Tactical marines and 3 turns to kill him.. just a beast! 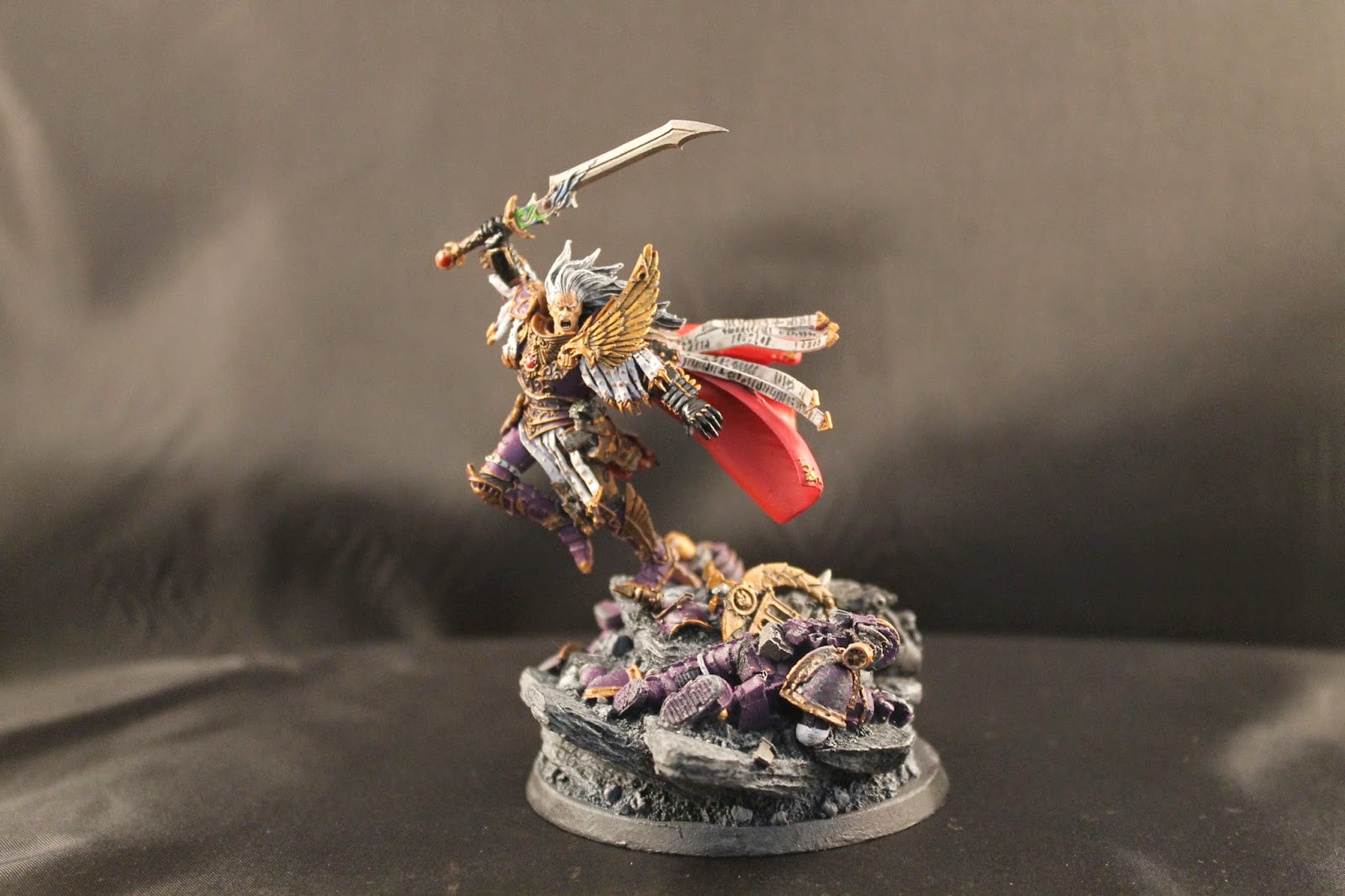 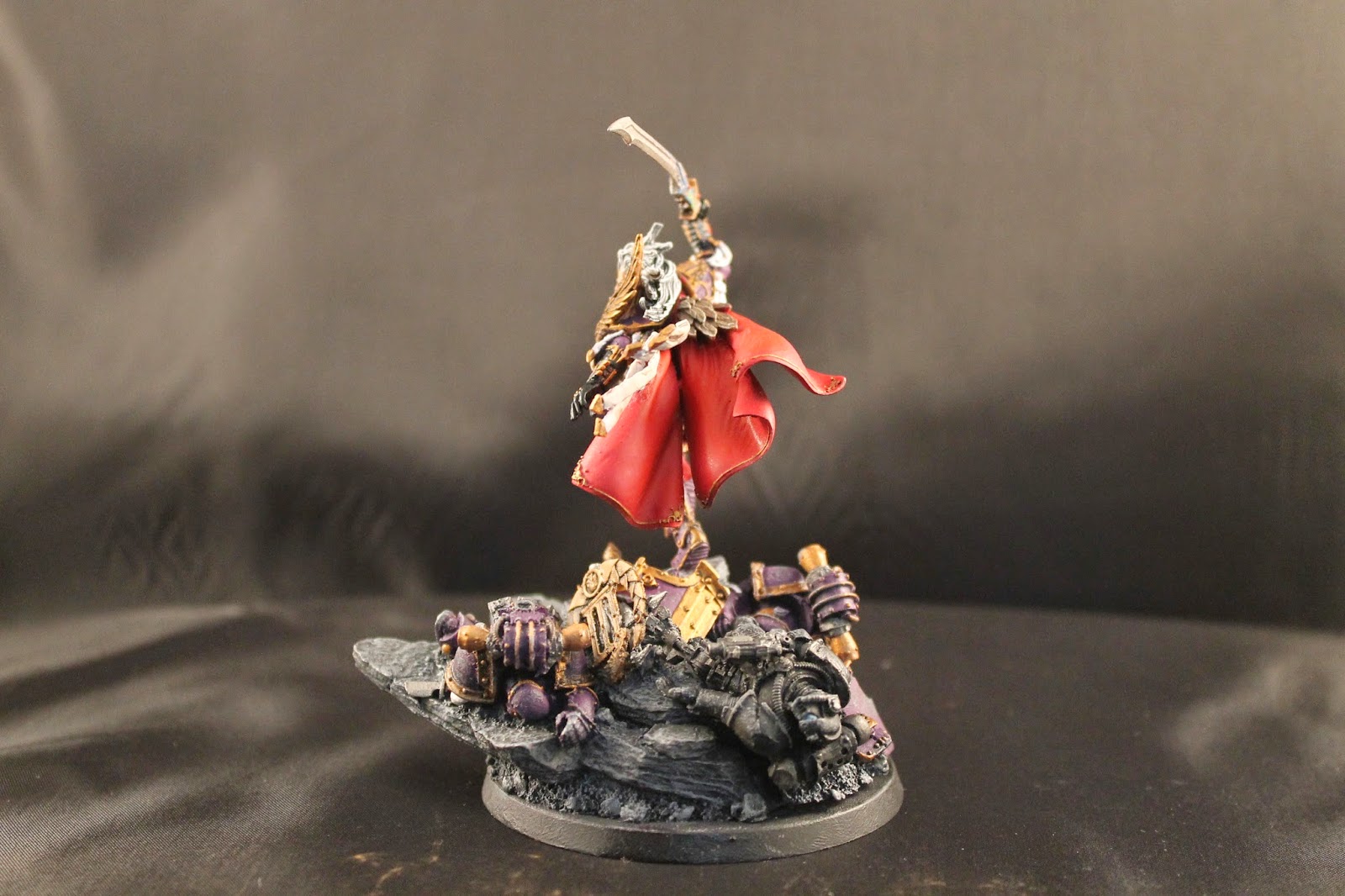 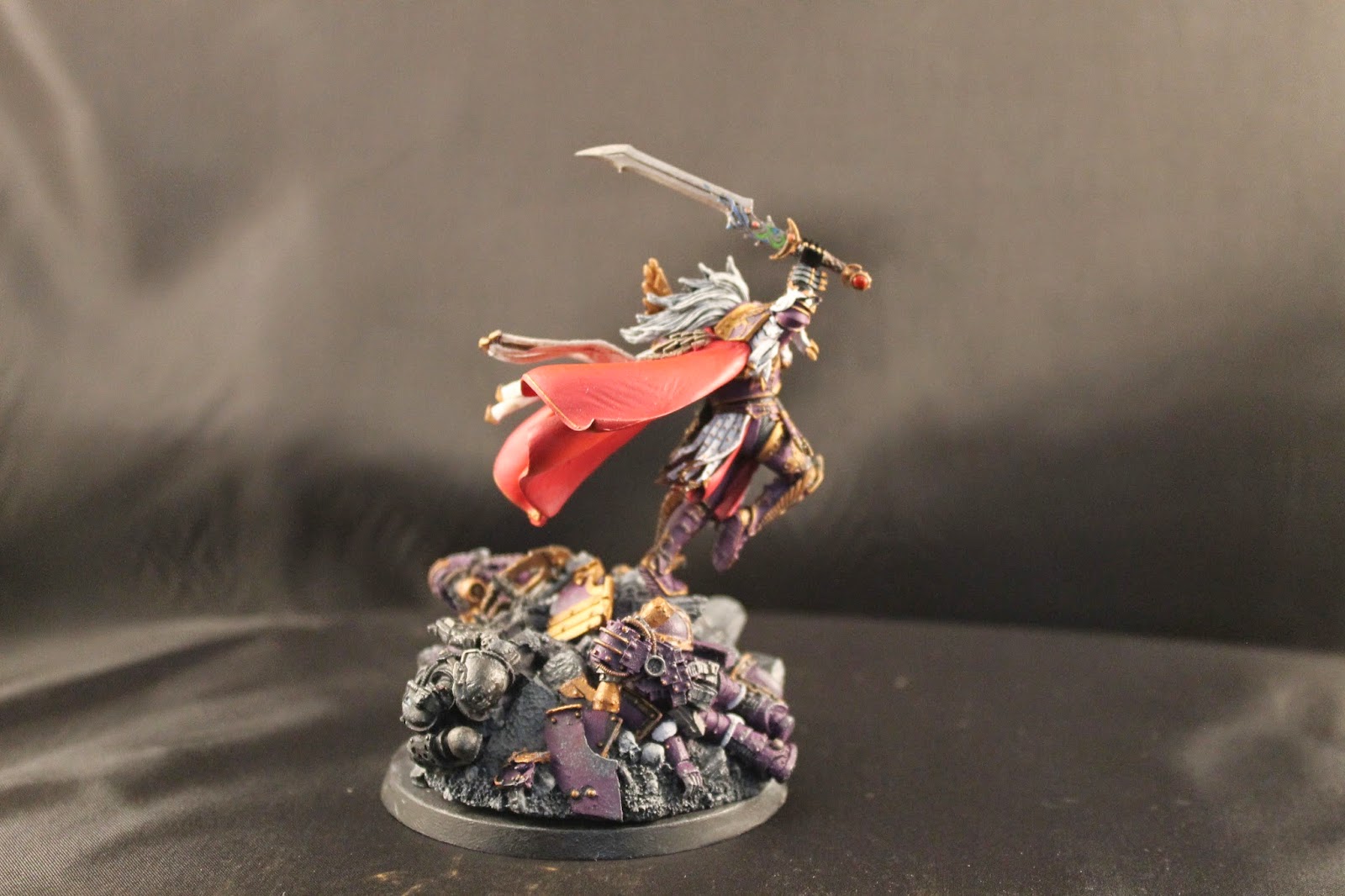 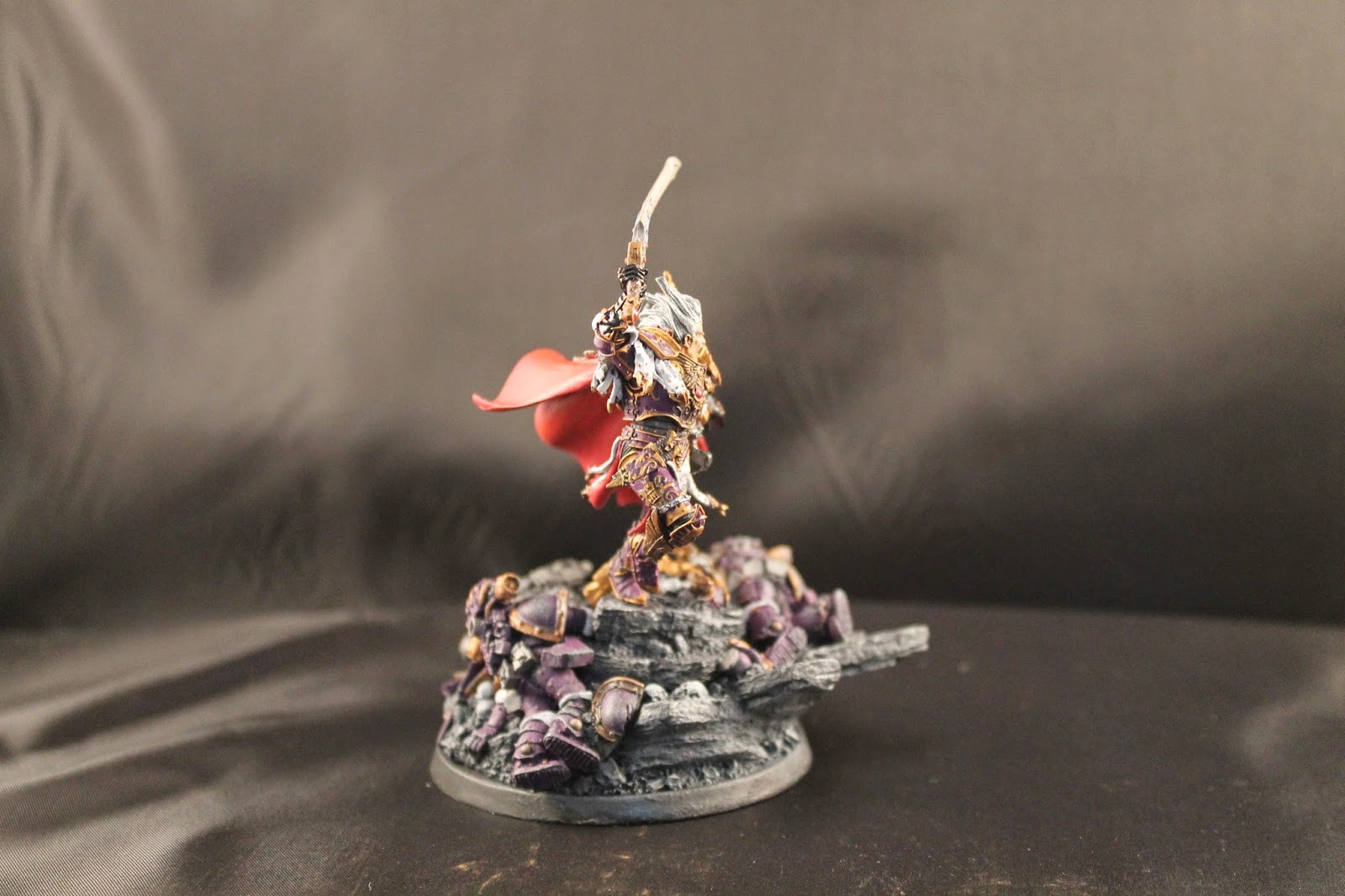 Well there you have it folks. The Phoenician himself! He was a joy to paint and I hope you Like what I have done. As per normal please feel free to shoot me any hints or tips, it's how we as painters grow and improve our skills.

Thanks for dropping in! 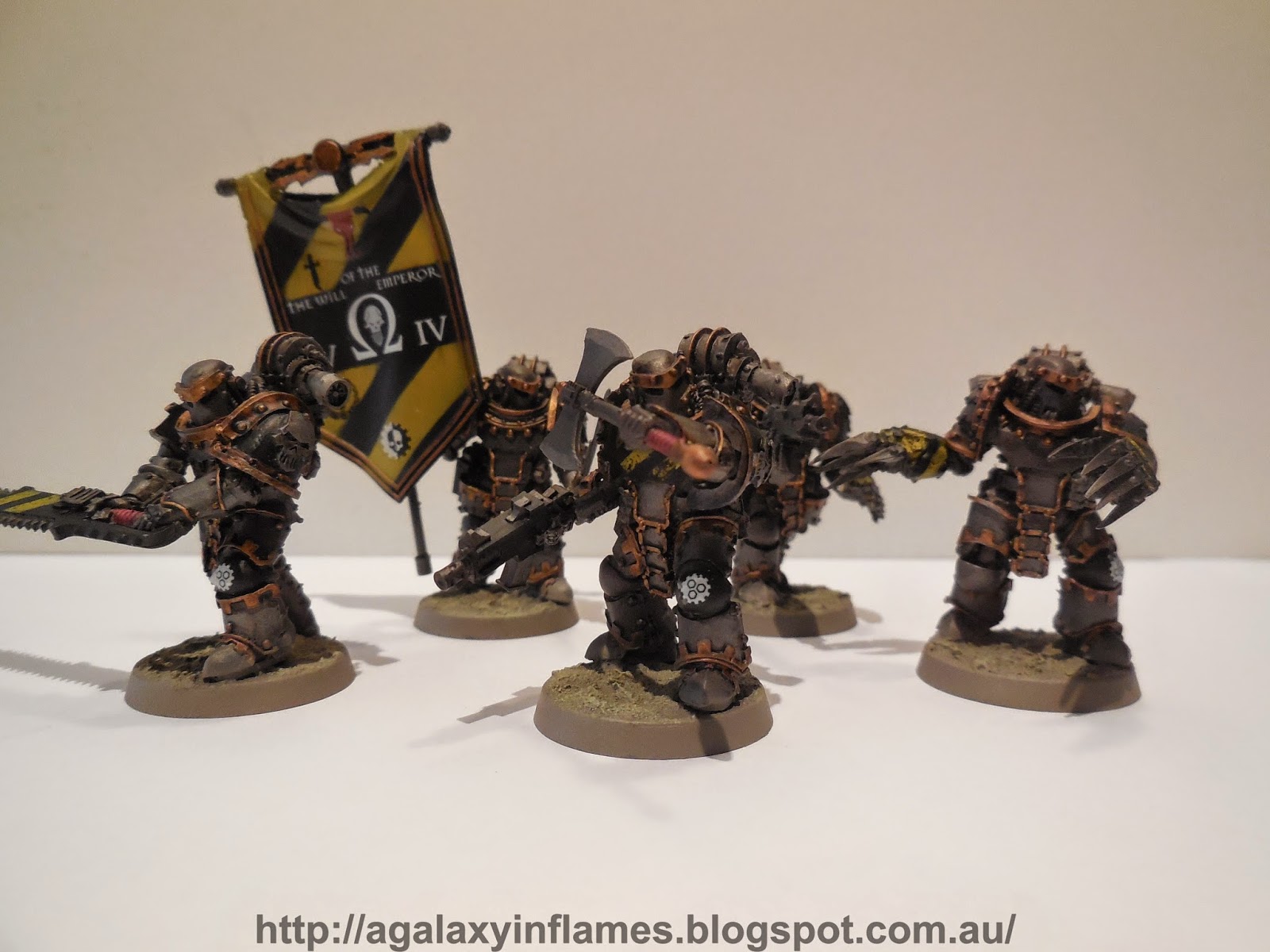 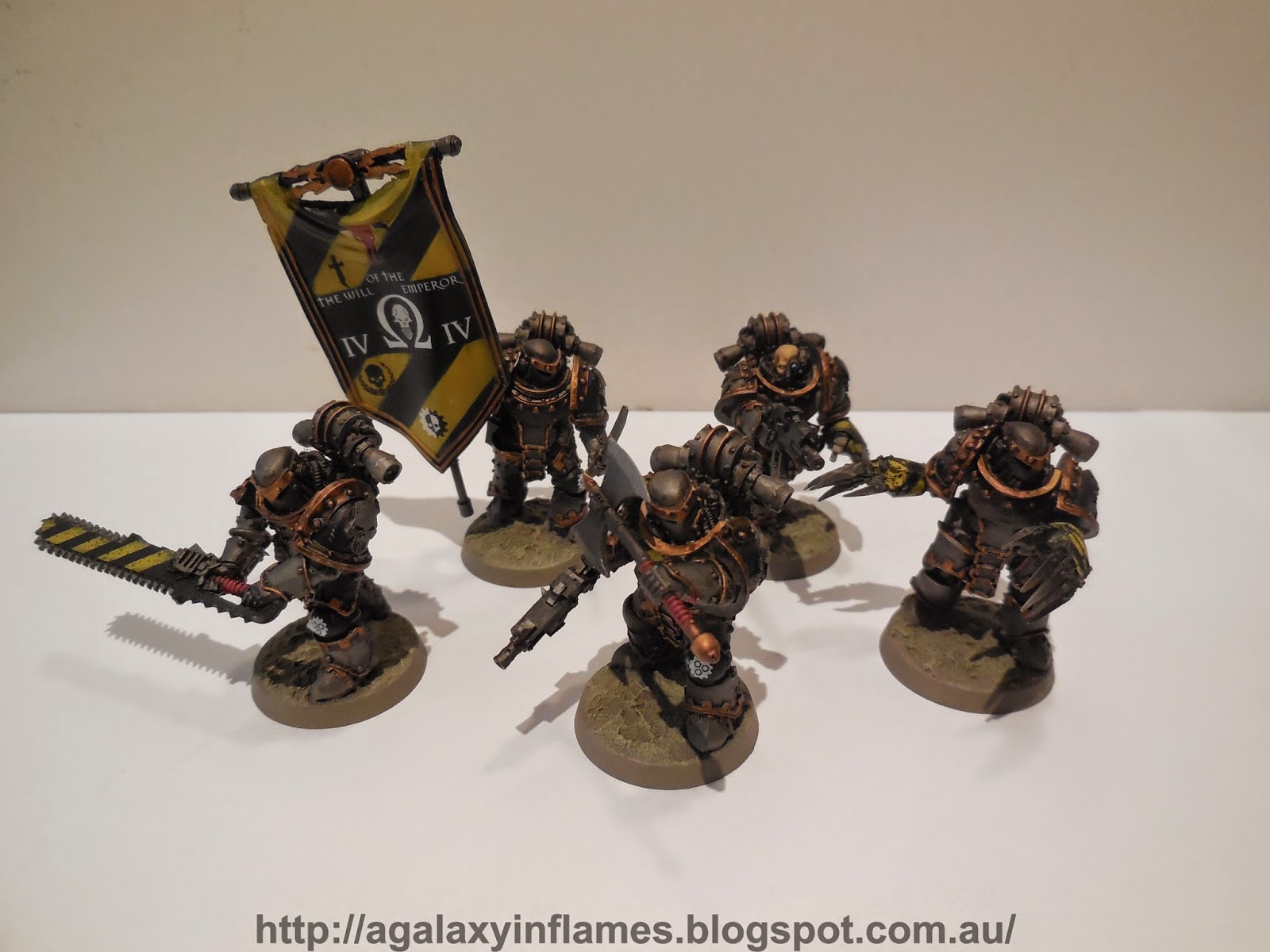 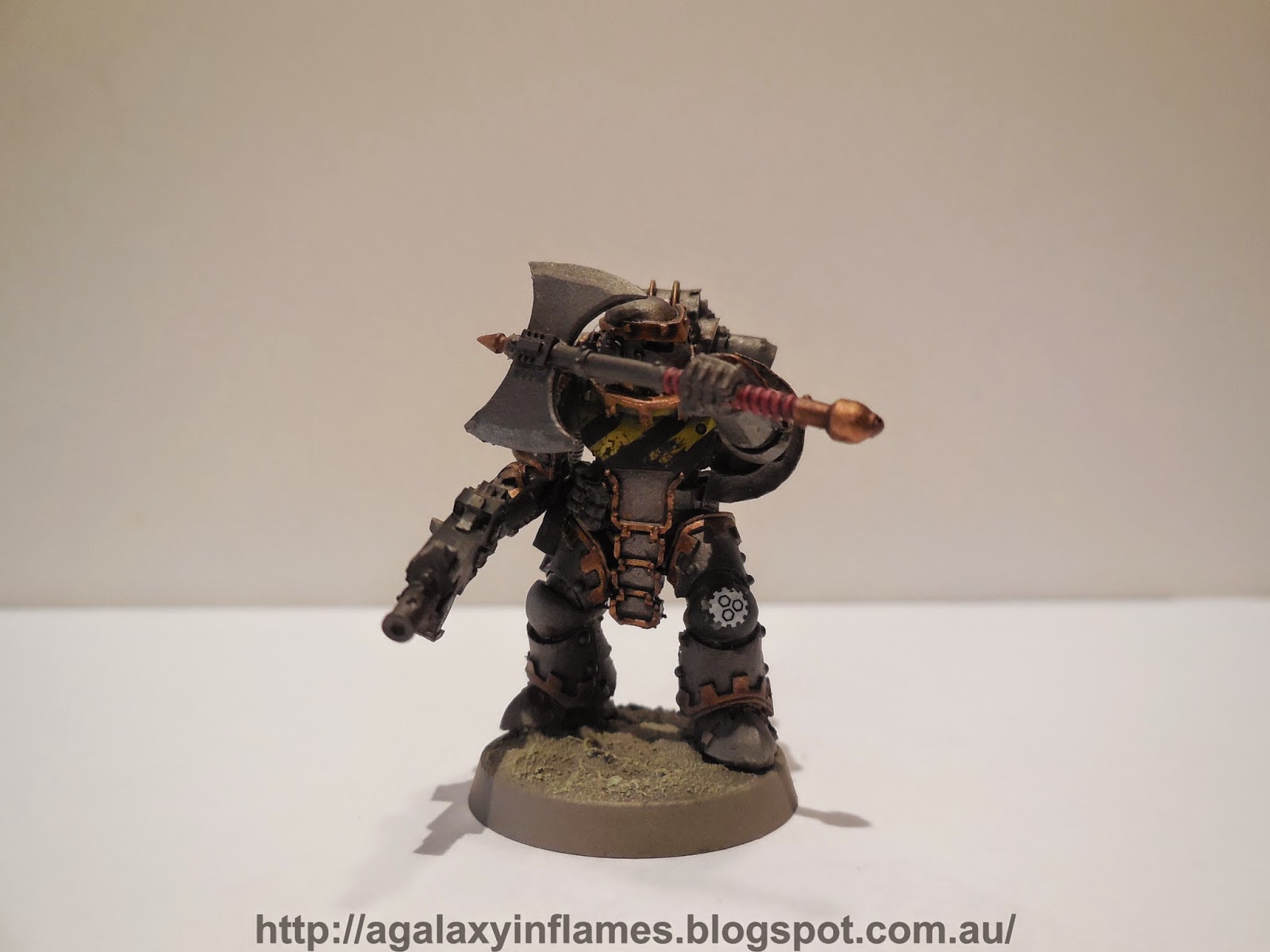 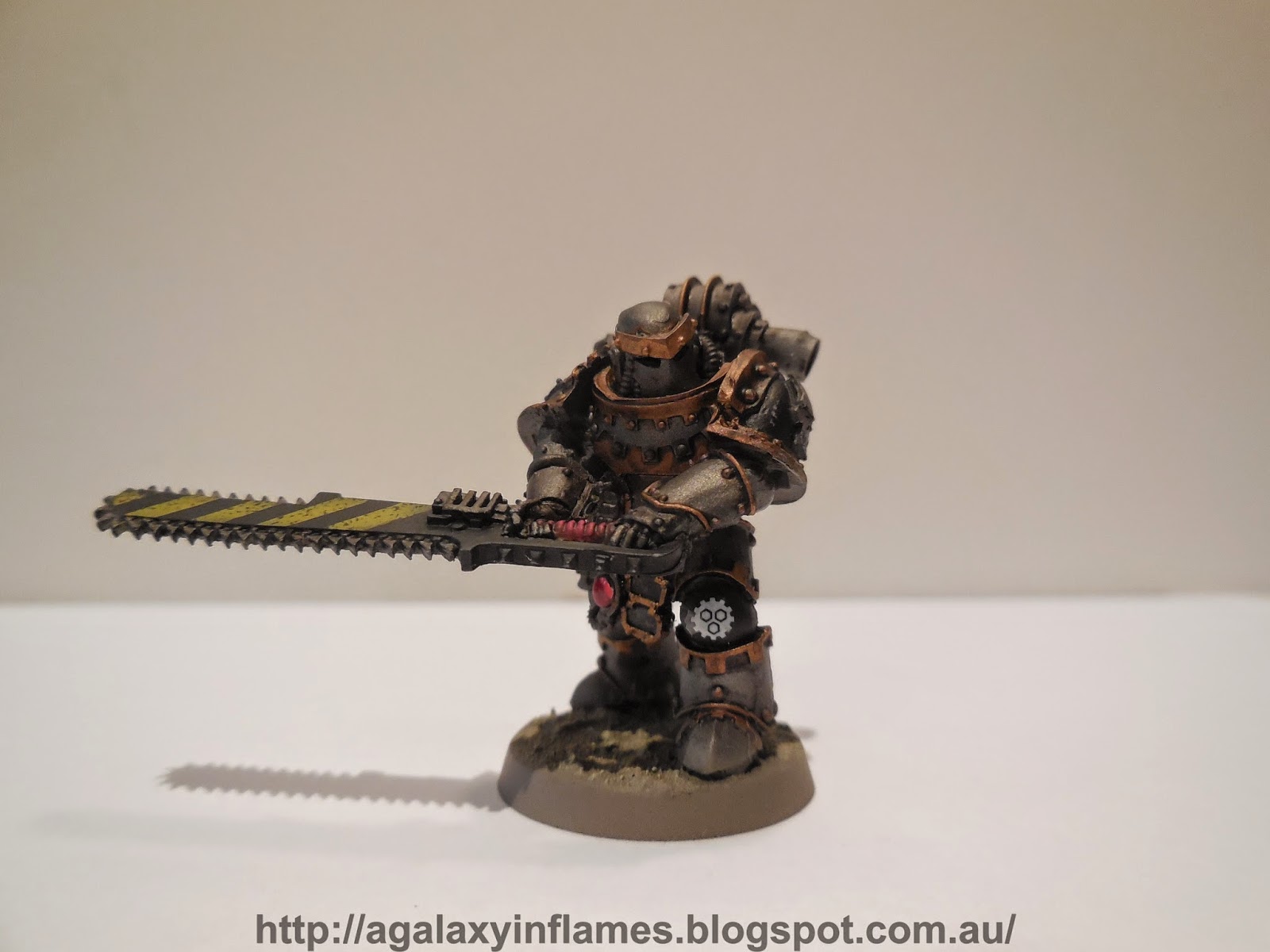 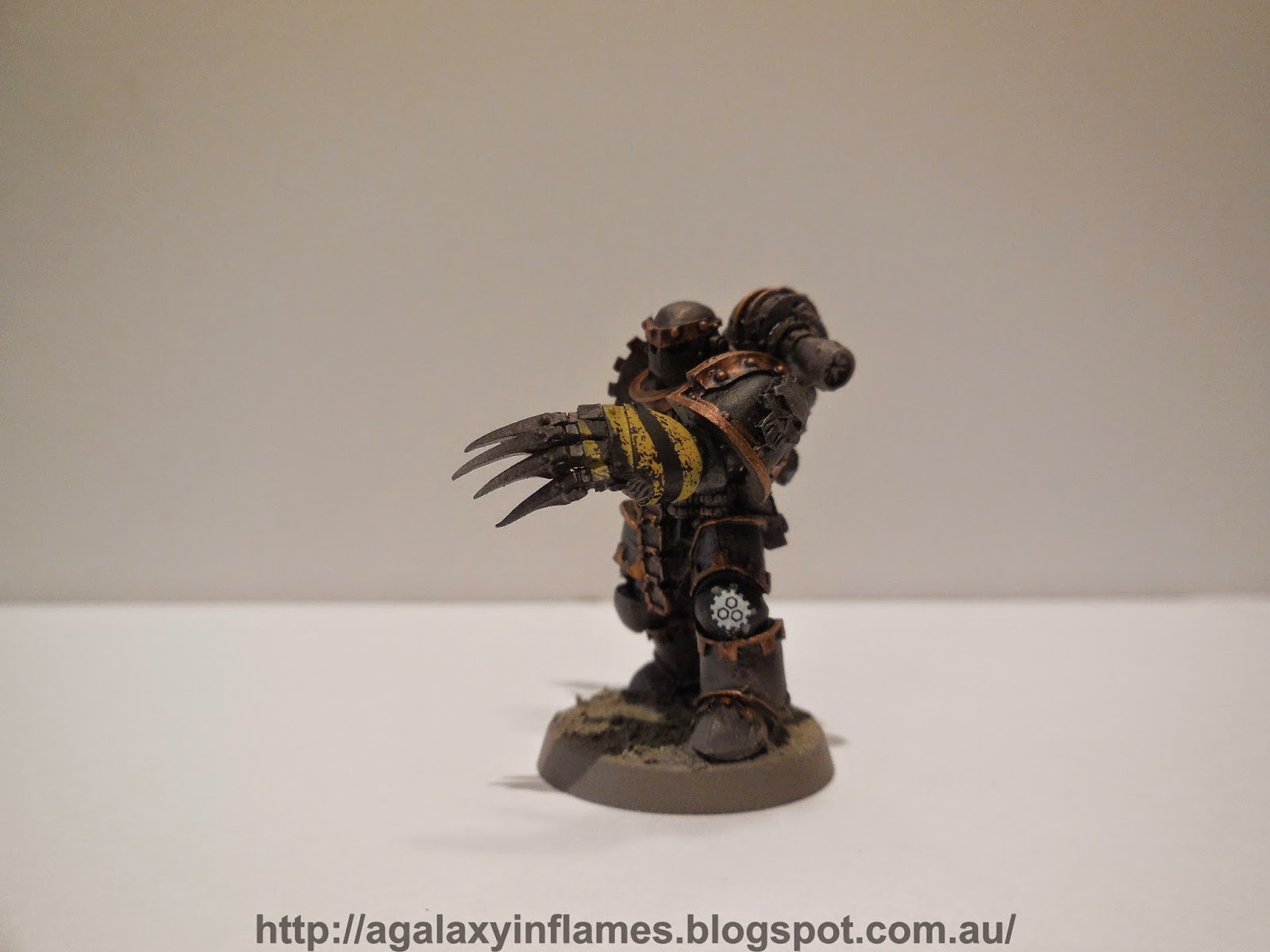 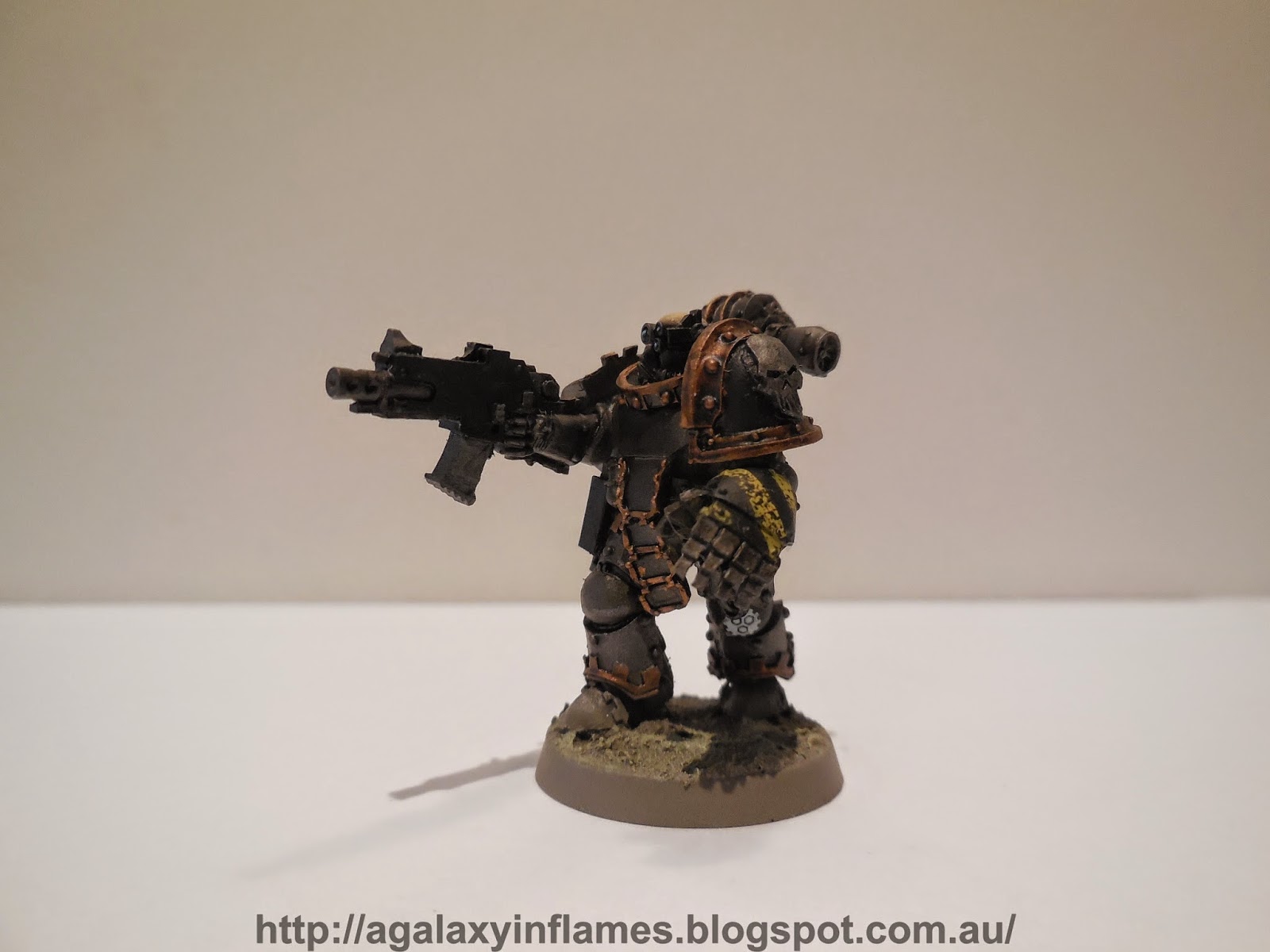 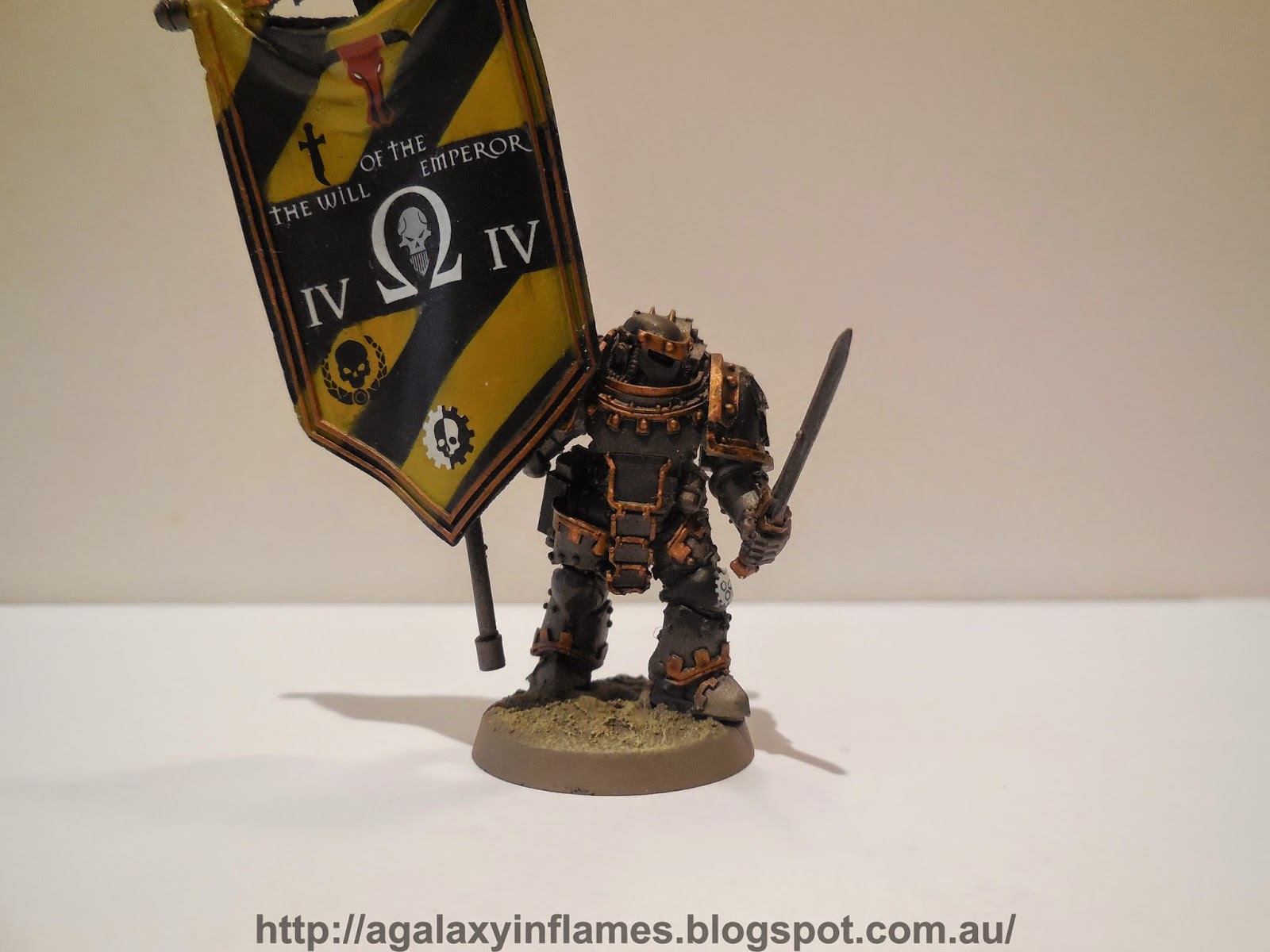 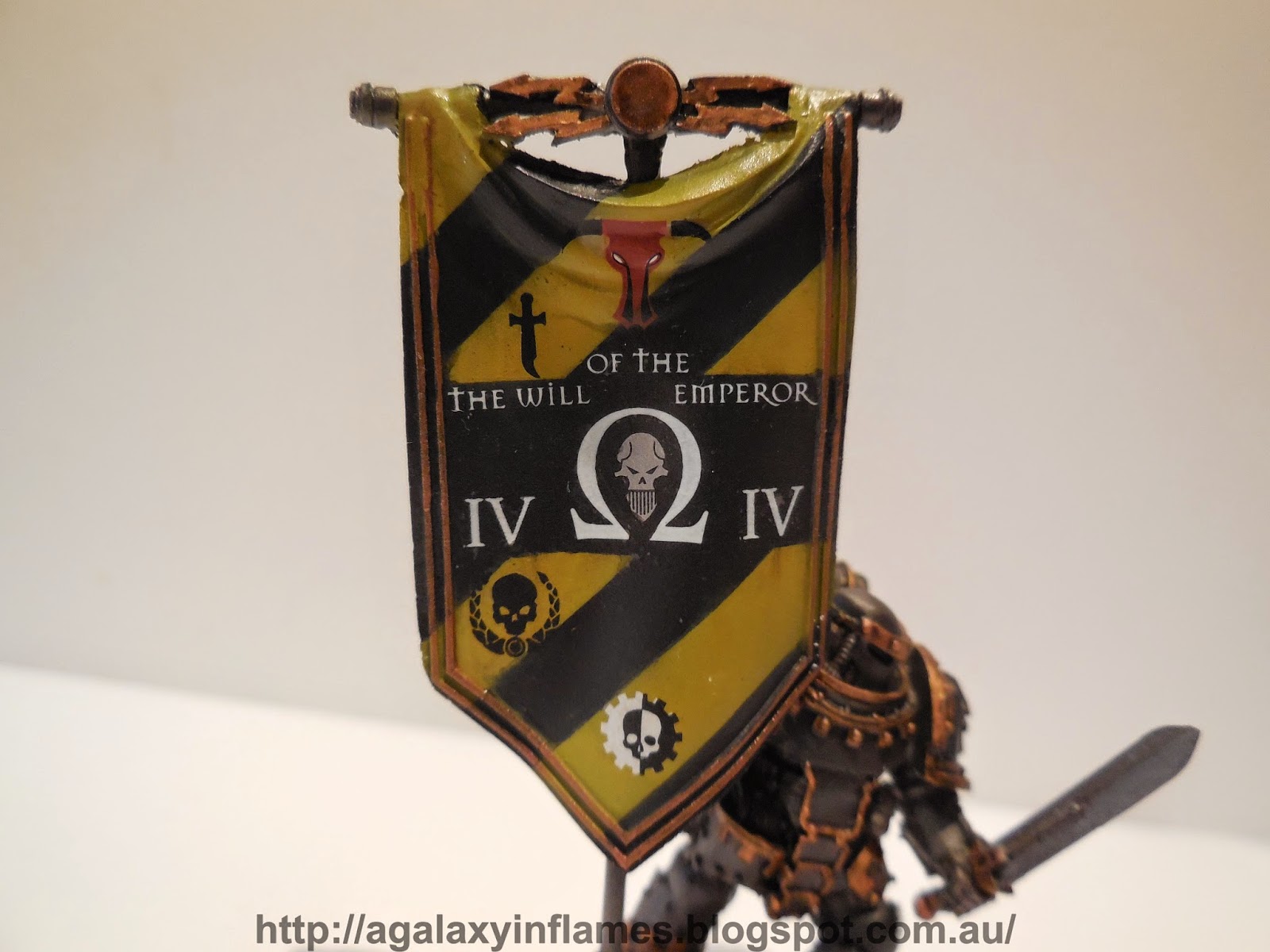 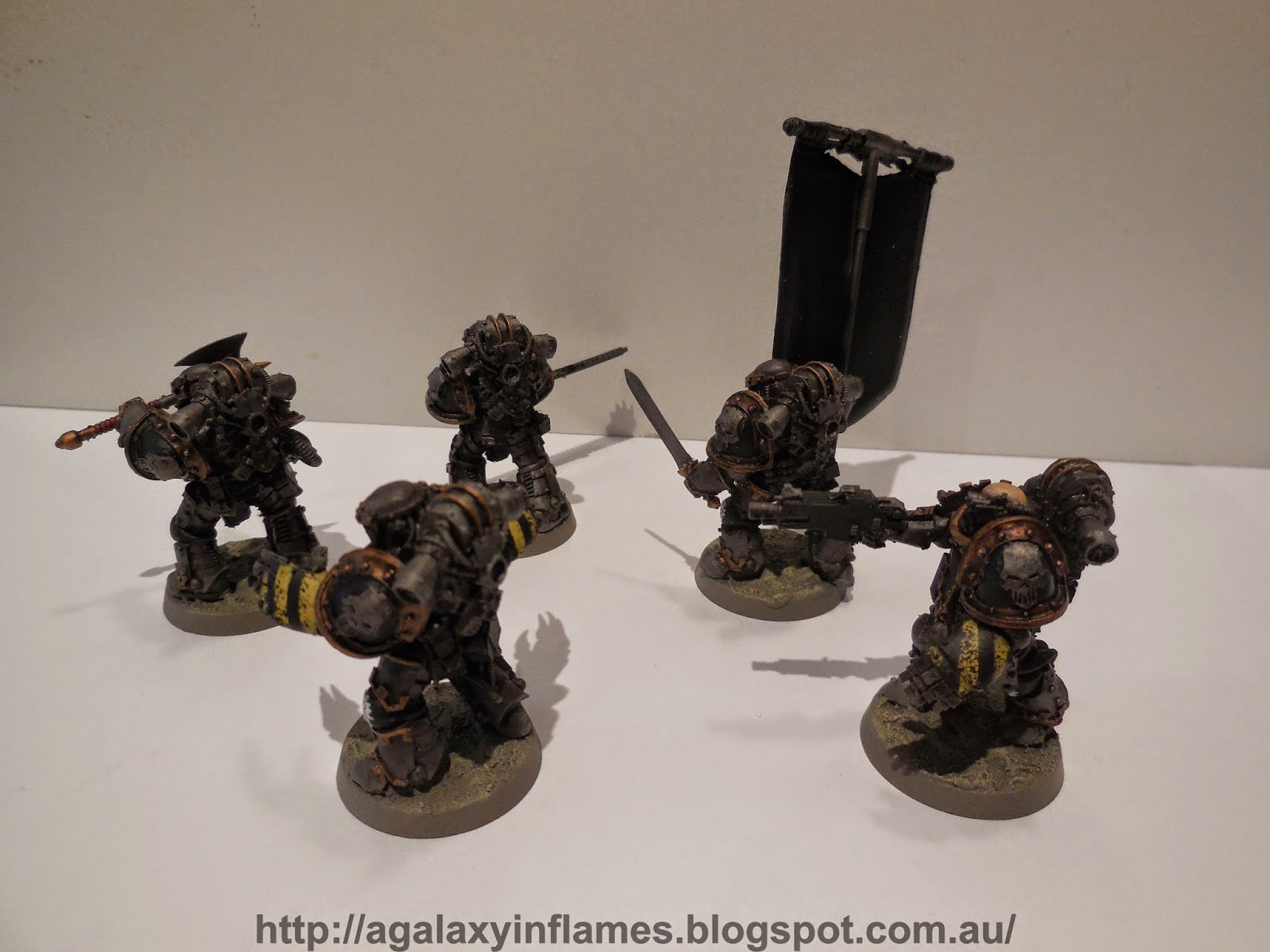 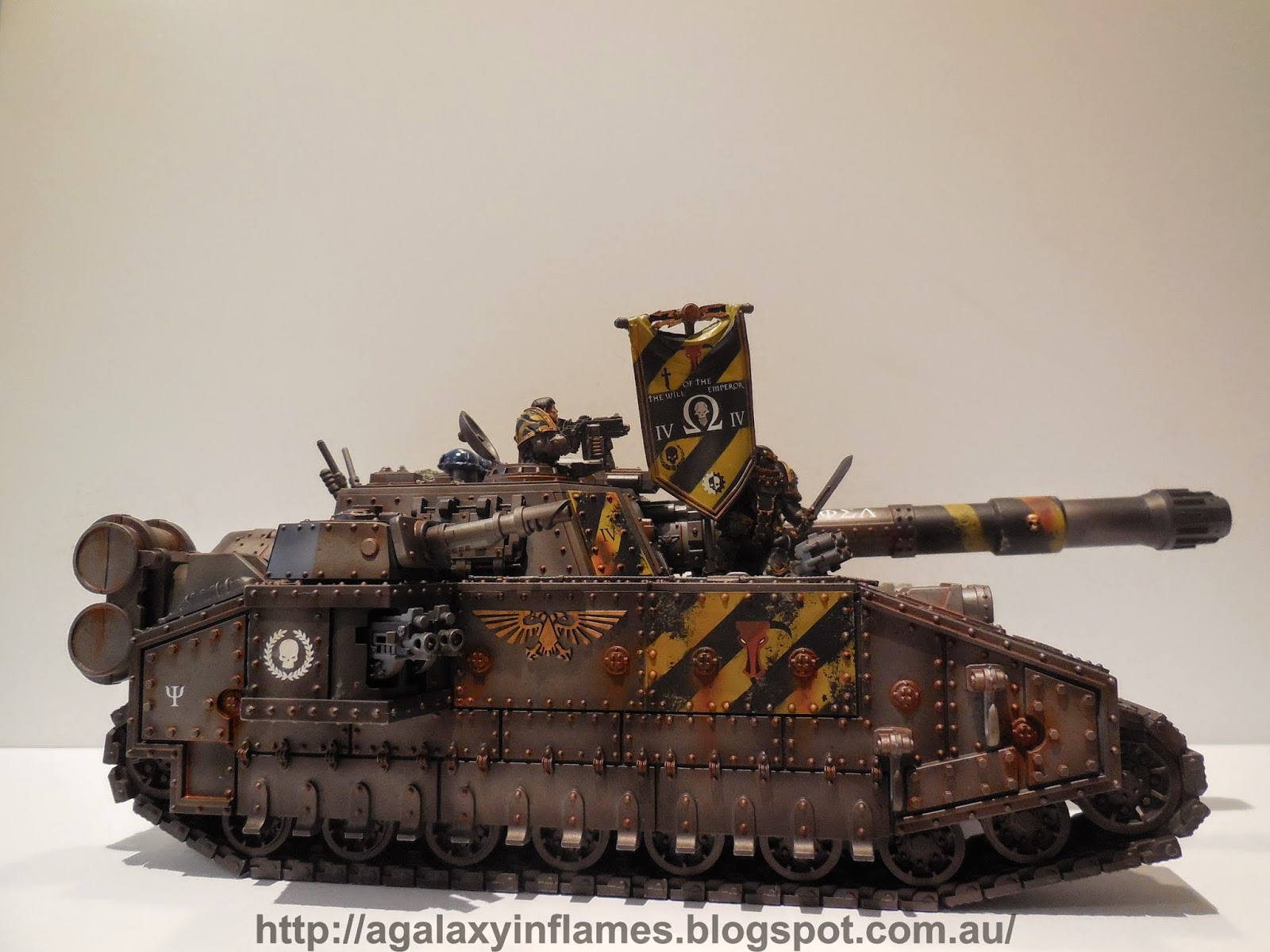