Back from the depths 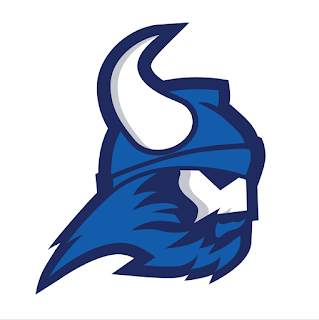 
Keepy here back from my visit to the real world. It has been a long time since I have logged on and published something and I had a spare 5mins to update you all on goings on. The blog has been a bit quiet of late mainly due to, as I have eluded to, real world things that have been taking place in the background.


I left the Army managed to get a new job which I really enjoy, it is however contracted to the Australian Defence Force and have spent a bit of time away from home. I now have another daughter, so time at home has been pretty hectic with two young children. The spare time I do have is spent catching up with my wife and relaxing at home. Things have settled down a bit now so I should be able to bang out a couple 30k projects and get some posts up.


As you are all no doubt aware, MKA was here in Australia and ran a course - I learnt an absolute ton, made a heap of new friends and can't wait to practice my new skills - I will do up a post about it shortly.

I also started my own home business, Norseman Hobby Supplies, which focuses on airbrush components and accessories. It is only new and the range is small but I am looking to develop it and hopefully it takes off. Check it out! www.norsemanhobbysupplies.com


So what else has the crew been up to?


Braden (aka Dice Wizard) and I have been planning and preparing for a beginner's airbrush course in Melbourne which entails all the basics of how to use an airbrush, clean it, maintain it and get some good effects out
of it. It starts on the 16th July so we are off shortly to run that, hopefully he does not expose his wizard's sleeve like he did at MKA.

Wadey has been madly painting his EC and now has a Kakophoni army ready to shred all comers with a wall of noise. He is also working on some sweet objective markers that have daemonettes coming out of portals - can't wait to see what they look like!


Spraggy has been slowly adding more to his already large IF force, and has taken to "subcontracting" hobby jobs for a few people, building custom canopies for fliers, assault cannon gauntlets for BA contemptors and working on a heap of terrain. He is also plotting some good themes for a planned AGIF 30k tournament in Townsville later this year - more on that later.

Felix has just had another baby, so I can imagine he will have his hands full! Felix also has a couple of posts in the works and hopefully they will be out soon.

Wiseman has been very busy planning and plotting for his tournament series, Inferno, held in Brisbane. I have seen a couple of pics of his ever evolving DA army, and it looks wicked.

Dedled has a new job down in Victoria and will be taking some leave from the blog to pursue some career goals. We wish you all the best and hope that you come back soon mate!

Buzz has been busy with another bub as well (what is it with us? Something in the water?) but is still making some progress with his DA army. Spraggy joined him for a game a while ago and it was great to see the new legion rules in effect, man those bolter rounds are fierce.

Well that's it from me, just a quick update to say hello and that we are not all dead yet. Keep an eye out for an overdue wrap up from MKA, the airbrush course wrap up and a post about a proposed tourney in Townsville.