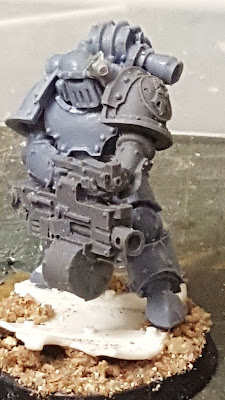 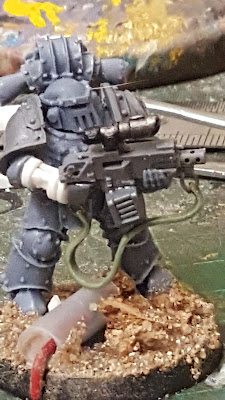 So I've changed tactics and gone for the approach of putting AAALLLLL my 30k stuff together first then painting them rather than assembling and painting a unit at a time. Partly because it means i can put more stuff on the table (though unpainted ....tsk tsk) and partly because i just get an overflow of cool ideas for other units that i just have to make happen.

One of those cool ideas was for a Veteran Tactical squad. Since Imperial Fists are supposed to be so awesome at their bolter skills i took that idea to the next level with the veterans. These guys are armed purely with their bolters and two heavy bolters with suspensor webs. The sergeant of course
has his power fist as by virtue of his rank, but these guys are all about the bolter.

The Veteran special ability i chose was sniper of course. Making these guys hit on 2+, with precise shot, wounding on no less than 4+, with AP2 on 6+ to wound. Makes these guys potentially nasty against a vast range of enemies. On lucky rolls they can end a small power armoured, cripple heavy infantry like terminators or battle automata.......even a primarch.

To give them a little veteran flavour, I've modified the bolters to look more speccy. bigger clips, scopes, targeters and shoulder straps. A few have even got bionic limb replacements to represent these guys have certainly been through the ringer and come out the other side tougher. Kinda keen to get these guys painted and finished soon so hopefully i'll have some finished pics soon. 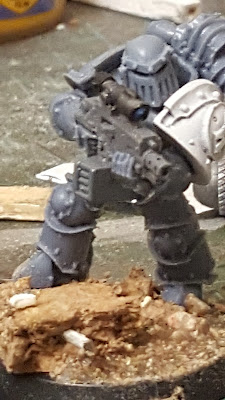 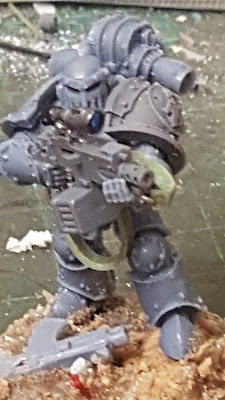 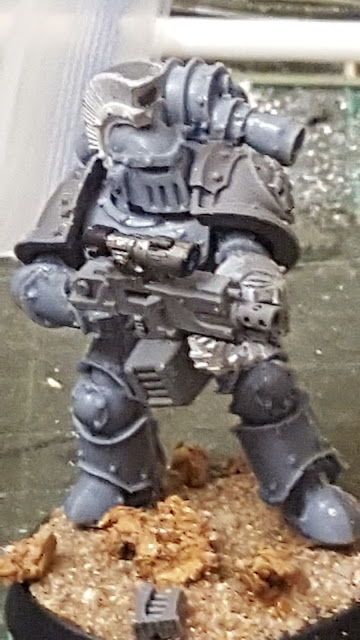 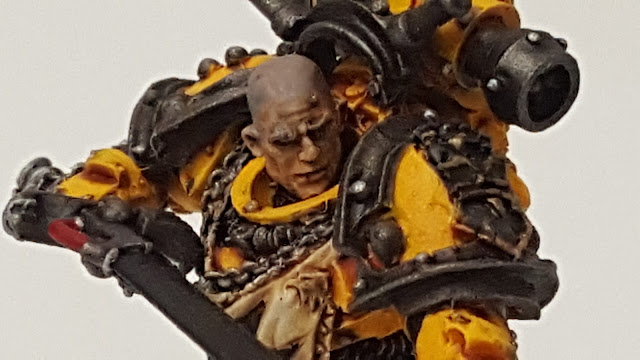 I love this guy!
....and he owns anything on the table with two legs and a heart beat short of a primarch.
Read more »
Posted by Spraggy at 21:05 2 comments: