Well it’s been a tad longer between updates than I was expecting, moving house saw to that sadly, but there has been a bit of work getting things underway.

Agif Prime will be set on the Death World of Agif, battling amongst the Hive Capital  and the surrounding jungles where all manner of monsters hunt prey. Prior to compliance the world had worshipped the Primordial Annihilator in all its forms, so it was no surprise when Horus’ rebellion started it declared for him, with the old cults returning once again.

As this is a narrative event we will be encouraging people to bring cool themed lists, so  if you want to bring any of the new units from Burning of Prospero, leaks have surfaced of Custodes rules in the next White Dwarf, these will be fine to use at the event.

There’s also going to be some specific themed missions, so if you have any knights bring them along for special missions, or a list to deal with some of some of the largest warmachines in the heresy.

We will also be allowing Imperial Assassins, these may be used as Agents of Imperium or Warmaster to help. Daemons of Chaos may also be trialled as a primary detachment, though this will be using the age of darkness rules, so no formations allowed at all, but also please remember that this is a narrative event, so bring lists in the spirit of the game, otherwise we may not allow them back again in future.

And finally, tickets are available from the Irresistible Force webstore, allowing a 20% discount for Games Workshop boxes purchased in store on the day, they have also been kind enough to inform us that they will be helping with prize support, more will come regarding that over the next few days……

Wiseman here, with some exciting news, 12th of November will be the first Wargaming Event for the planet AGIF Prime. With the tratiors driven from the Inferno system, many fled to the surrounding systems, including the Hive World of AGIF. What was initially seen as a staunchly loyalist world, Warp Cults appeared from almost nowhere, as the first traitor ships appeared in orbit and within hours the Governor had been executed and the Eye of Horus hung from the Hive Primus. Quickly the planet was plunged into anarchy, as hives turned on each other, and the populations within started fighting street to street. 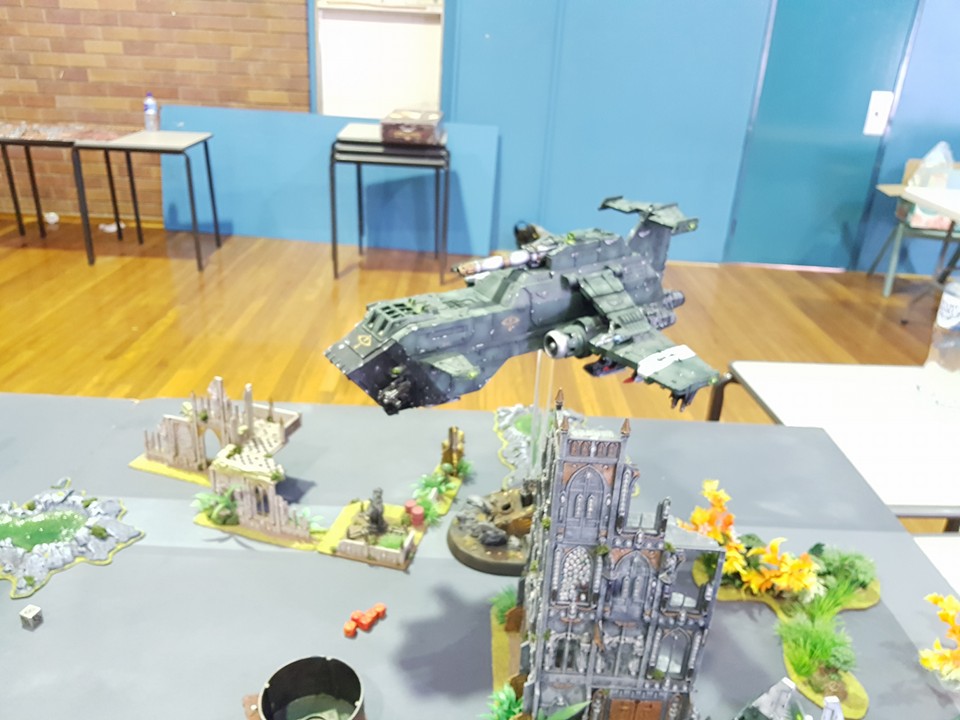 As far as the veue goes, Irresistible Force at Tanah Merah is under new ownership, and have offered to host the event. Instead of going for a set points value for the day, and set round times everyone is encouraged to bring a variety lists, be it 1000 points, 2000 points, 2500 points or a 1000 pt Zone Mortallis list to represent the myriad of battles that go on within the hives themselves.

The event is all about dudes looking for dudes to play toy soldiers with.The only requirement for the day is all armies need to be fully painted, but with a variety of points available, there's no excuse not to get a small force painted up for it! To help players create their own theme through the event, most options will be available for people to choose, except the Leviathan force organisation chart and the relics. The Questoris Knight list is available to be used only as an Ally detachment or as Lord of War choices.

Registration on the day will stat at 830am, and rounds will run all day with a break for lunch in the middle of the day, at the end of the day awards will be given out for the coolest dudes on each side, as well as best looking army. 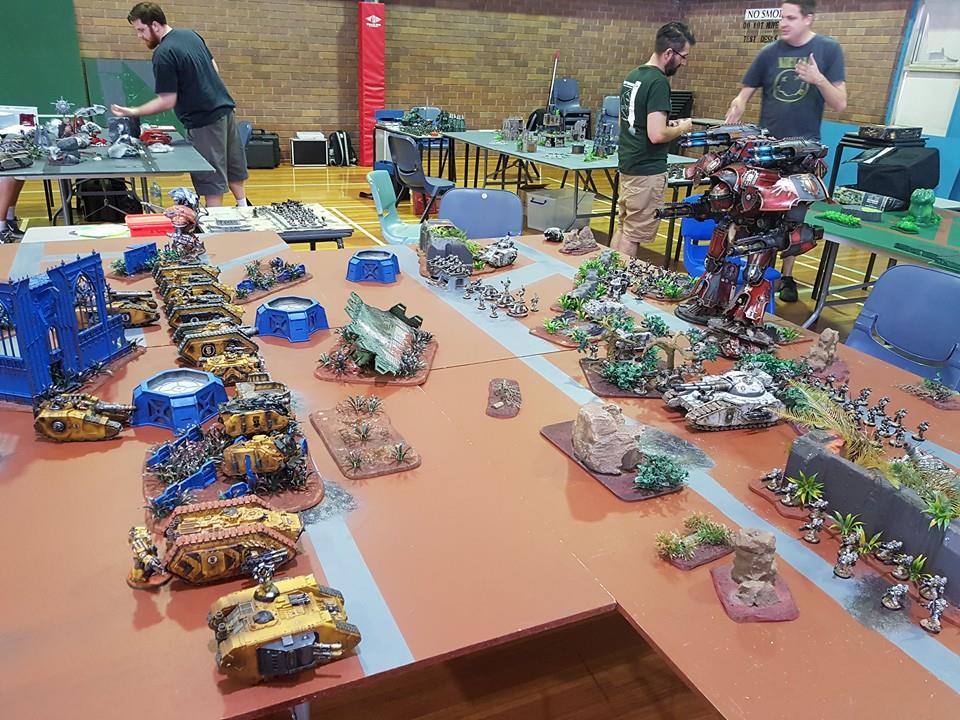 Michael from the Eye of Horus Podcast, and James’ Imperial FIsts brace themselves against the Death Guard and the God Machine behind them at Inferno IIII

Tickets will go live on the Irresistible Force website shortly (https://www.irresistibleforce.com.au/), with space limited to 10 per side. The guys at Irresistible Force have also offered to everyone taking part a 20% discount on GW boxes for the day alone, personally I’m hoping that the leaked pictures of the Custodes and Space Wolves box are out by than…….

Over the next couple weeks the aus30k.com page campaign page will go live, so make sure you check it out and register on there if you haven't already. Otherwise more information will go up in the event and on the blog as we get closer to the event!