Hello! Macca here with the latest addition to my Iron Warriors Legion project. Today, I have some more Iron Havoks, this time equipped with Autocannons. The new camera lens I am using takes super detailed images, so every speck of dust, every missed paint stroke, it's all proudly on display! 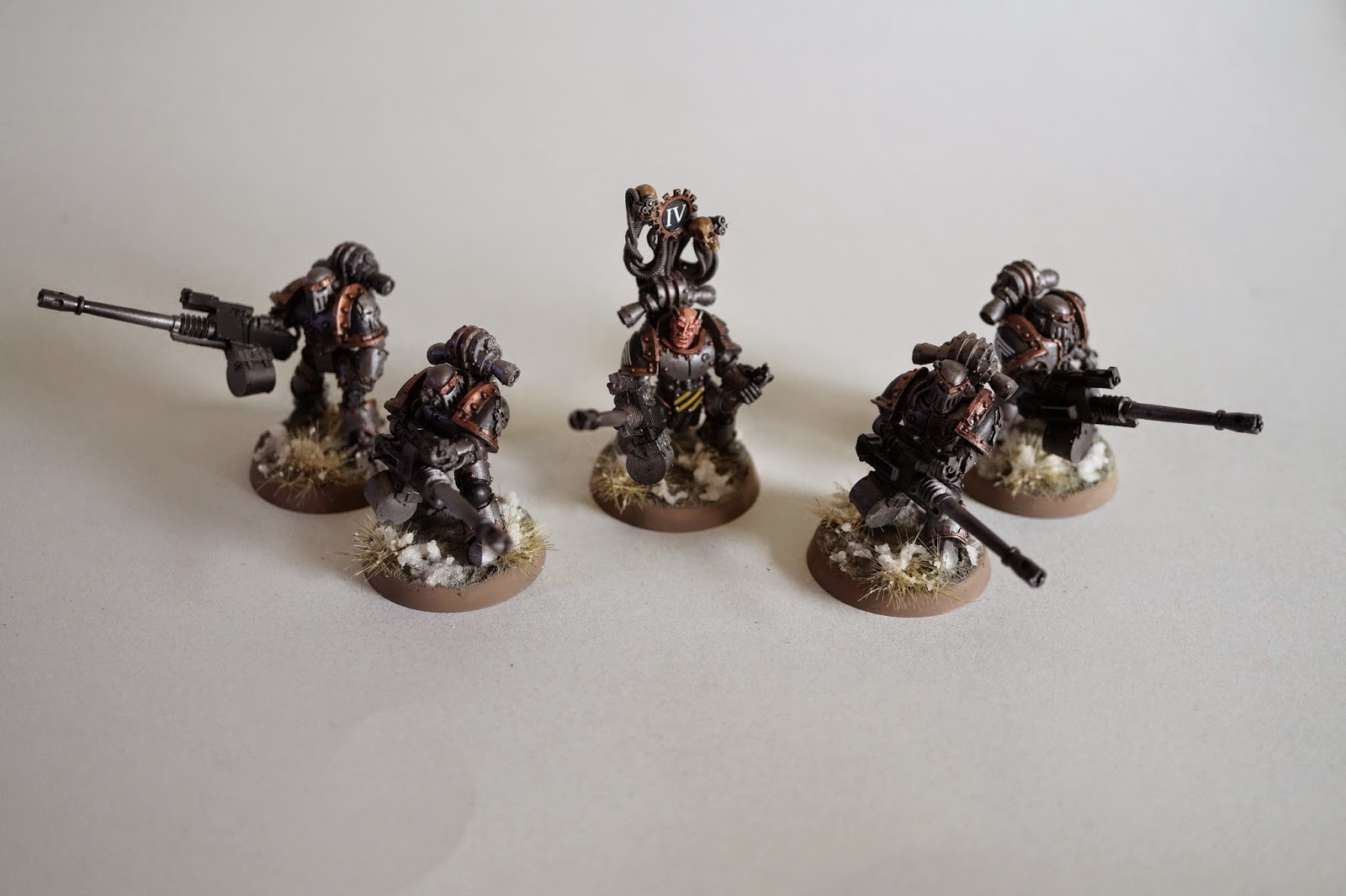 The unit itself is converted from the Iron Hands tactical squad kits, and the Autocannons have actually been modified slightly: I removed the belt feeds and added drum feeds by using the spare heavy bolter mags from the other Iron Havok squad. I like the effect, no matter how useless in battle such a modification may be! 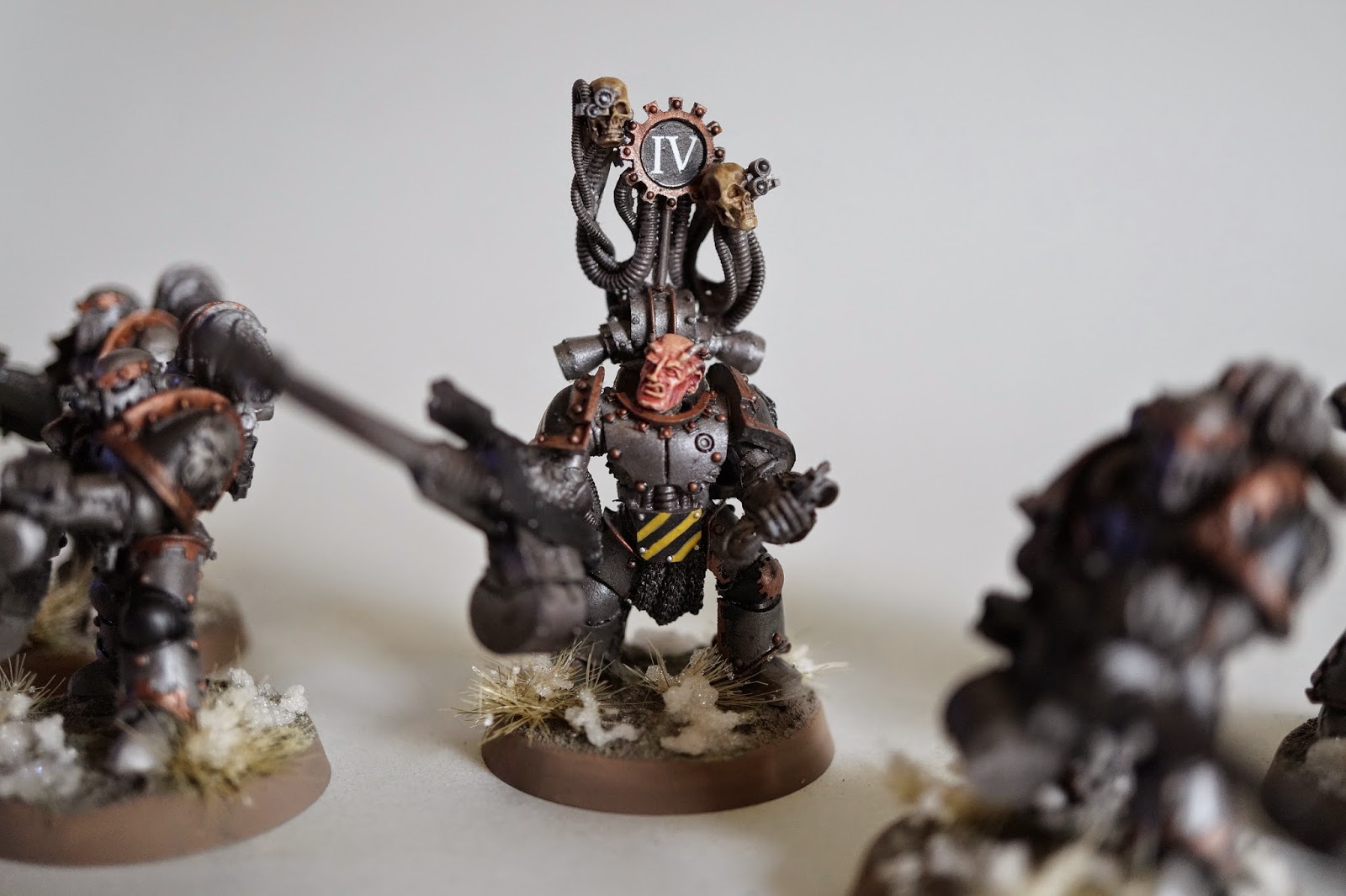 There has been some back and forth among the crew here at AGIF about the pose on these guys. Basically I'm all for these cocky guys leaning around on their guns and mocking their enemies, however the guys are right.... it looks a bit strange with such oversized kit, so I may have to heat and end these guys in future. 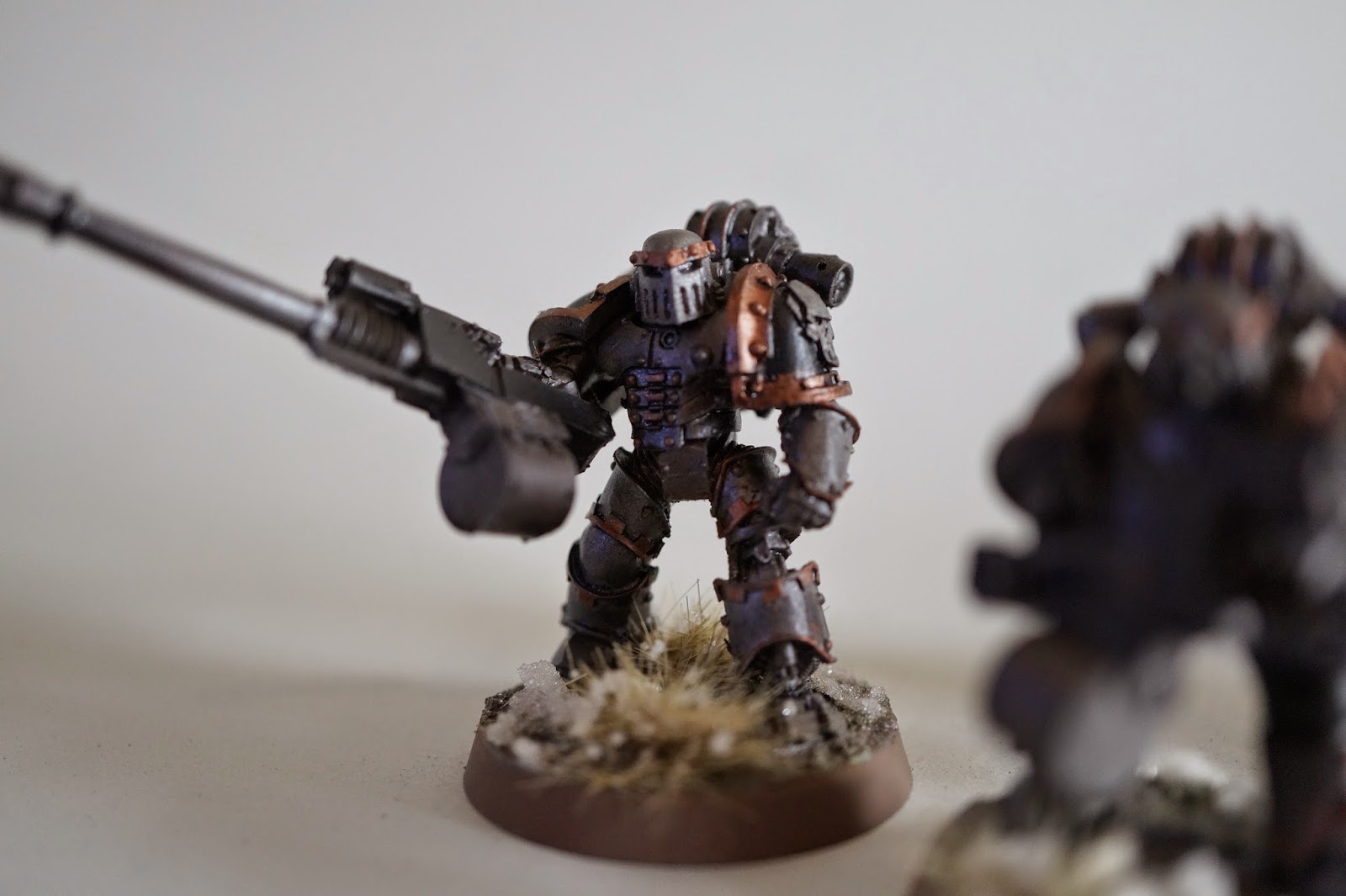 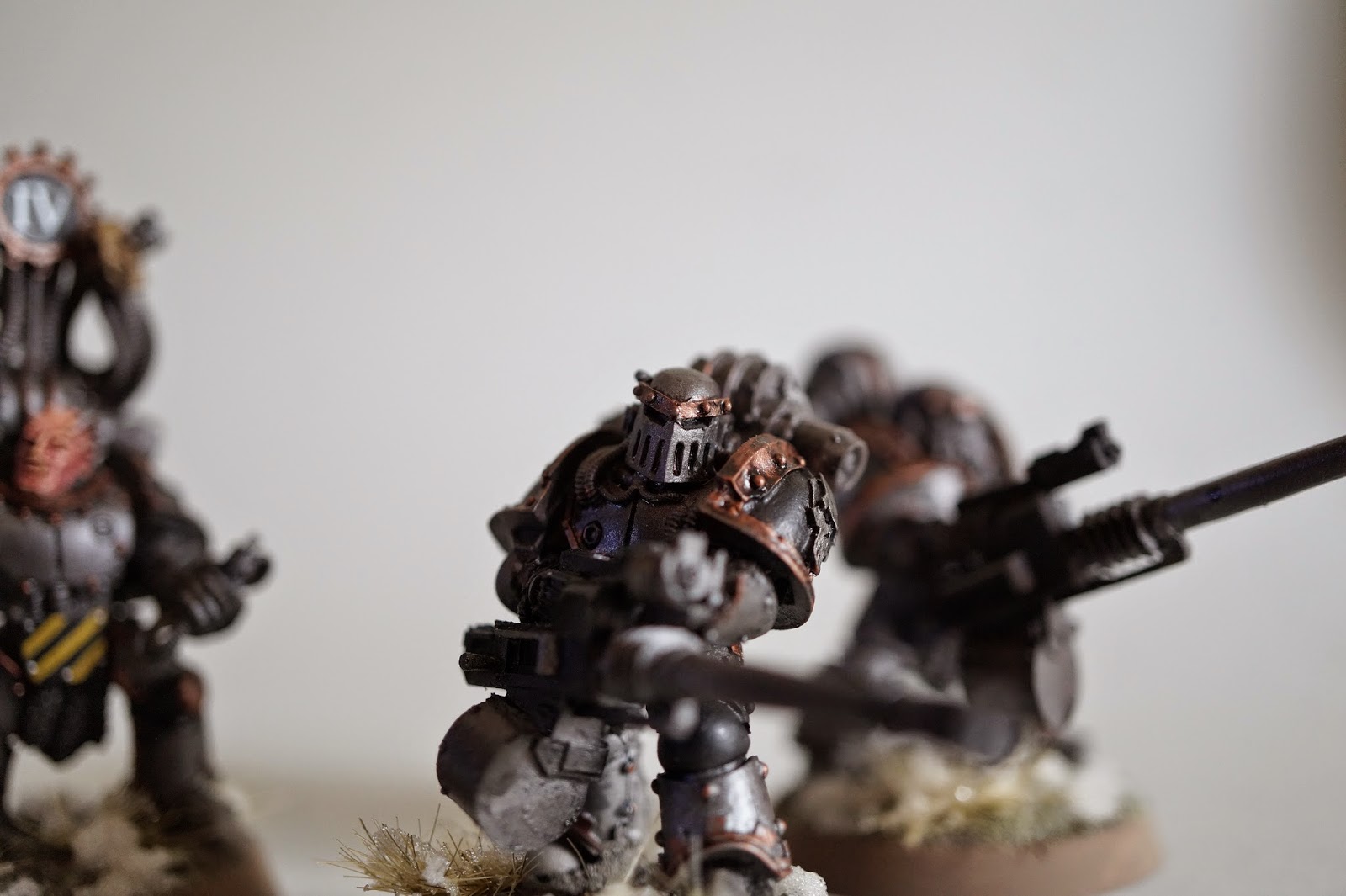 The squad markings are straight out of Book III: Extermination. The triple devestator chevron looks very sexy once in place. 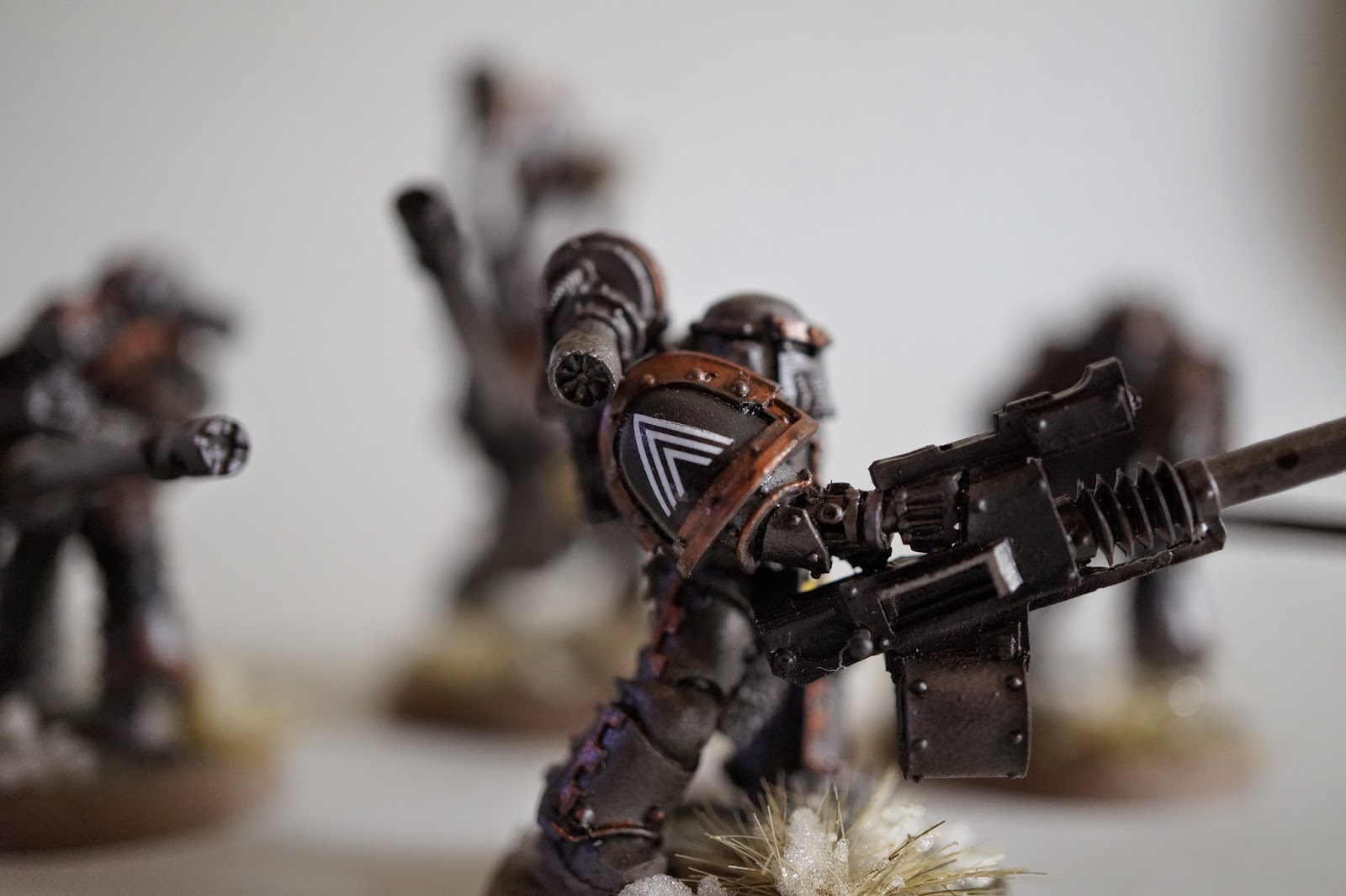 Up close you can see the imperfections in my hazard stripes. These will get some gently battle damage soon, but I wanted to show them off as they are now, imperfect. I do not paint perfect hazards, "Dammit Jim! I'm a man not an airbrush!". 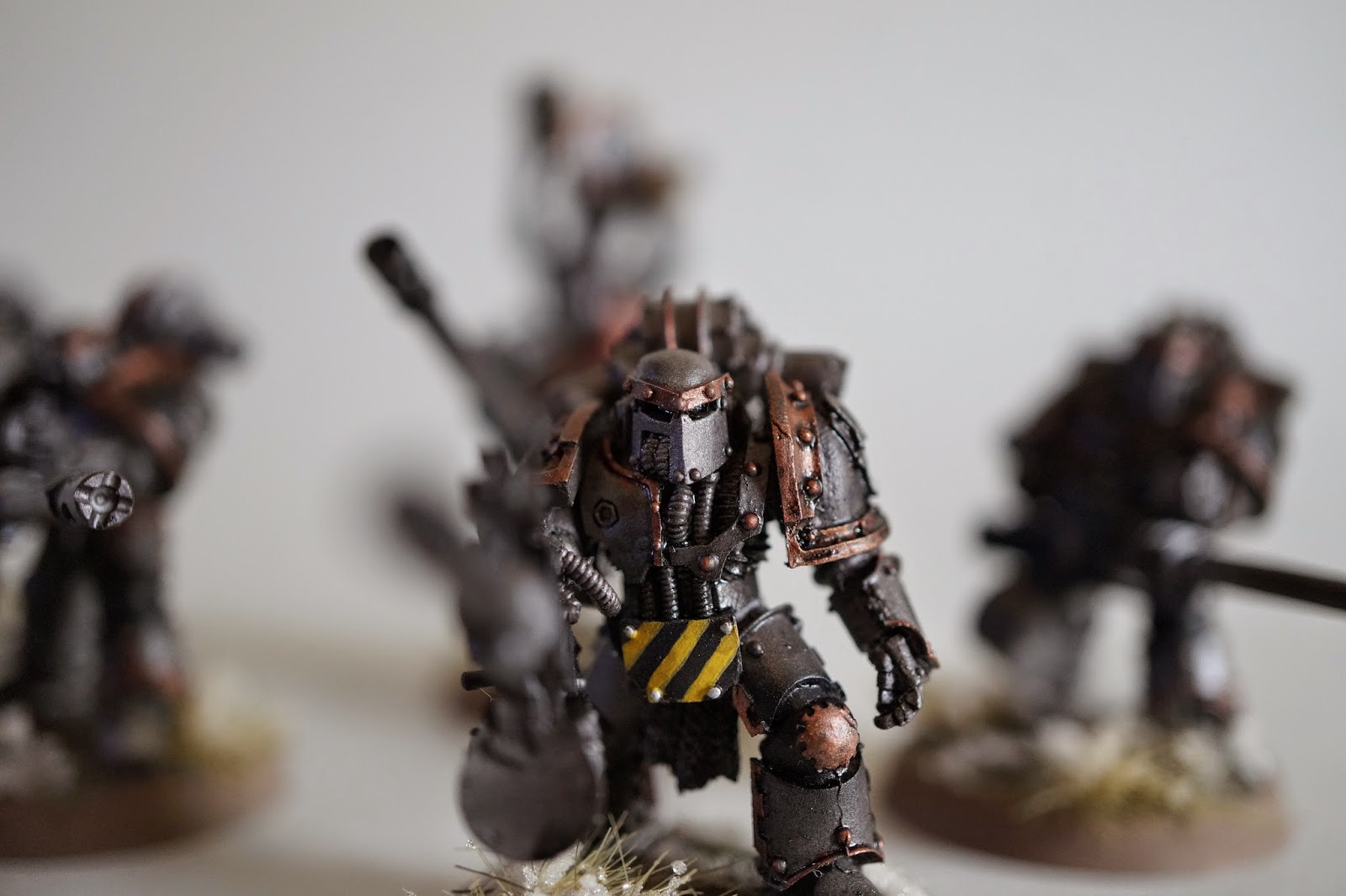 There it is, two of my FOUR heavy support choices, with the infantry leading the way. I have no AP2 or AP3 here, in fact, they are kinda weak choices (the heavy bolters that is), but I like the infantry and the theme, so if I lose games but stick to my theme, so be it! 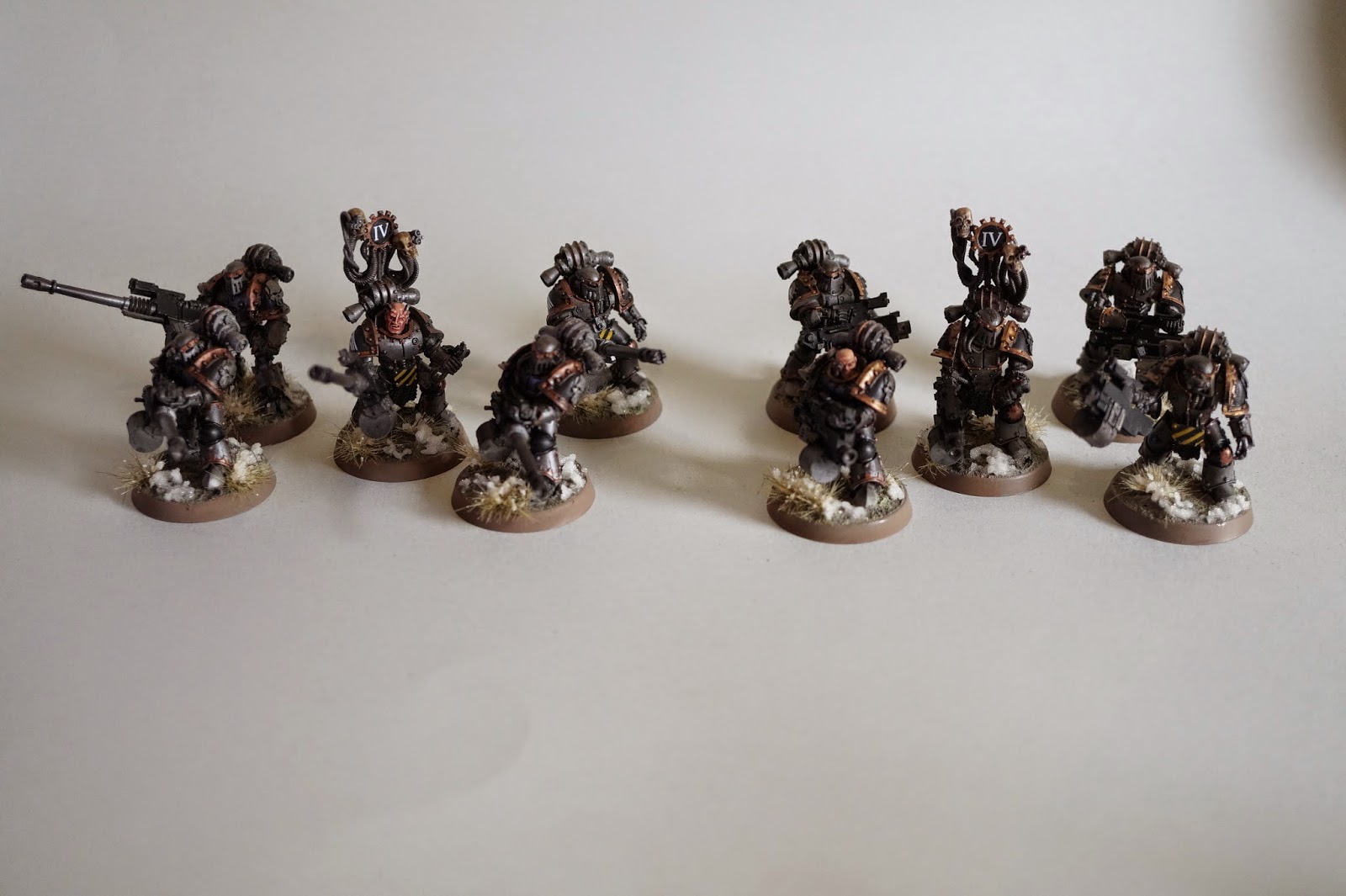