And here marches the VIIth Legion....

I'd like to introduce myself as the newest crew member to the AGIF blog. My name is Andrew, but more commonly referred to as 'Spraggy". I met Keepy, along with many others, many years ago during one of my forays into the wargaming circle of the Australian Defense Forces. It wasn't long before he became a gaming nemesis to me and then a good friend shortly afterwards. 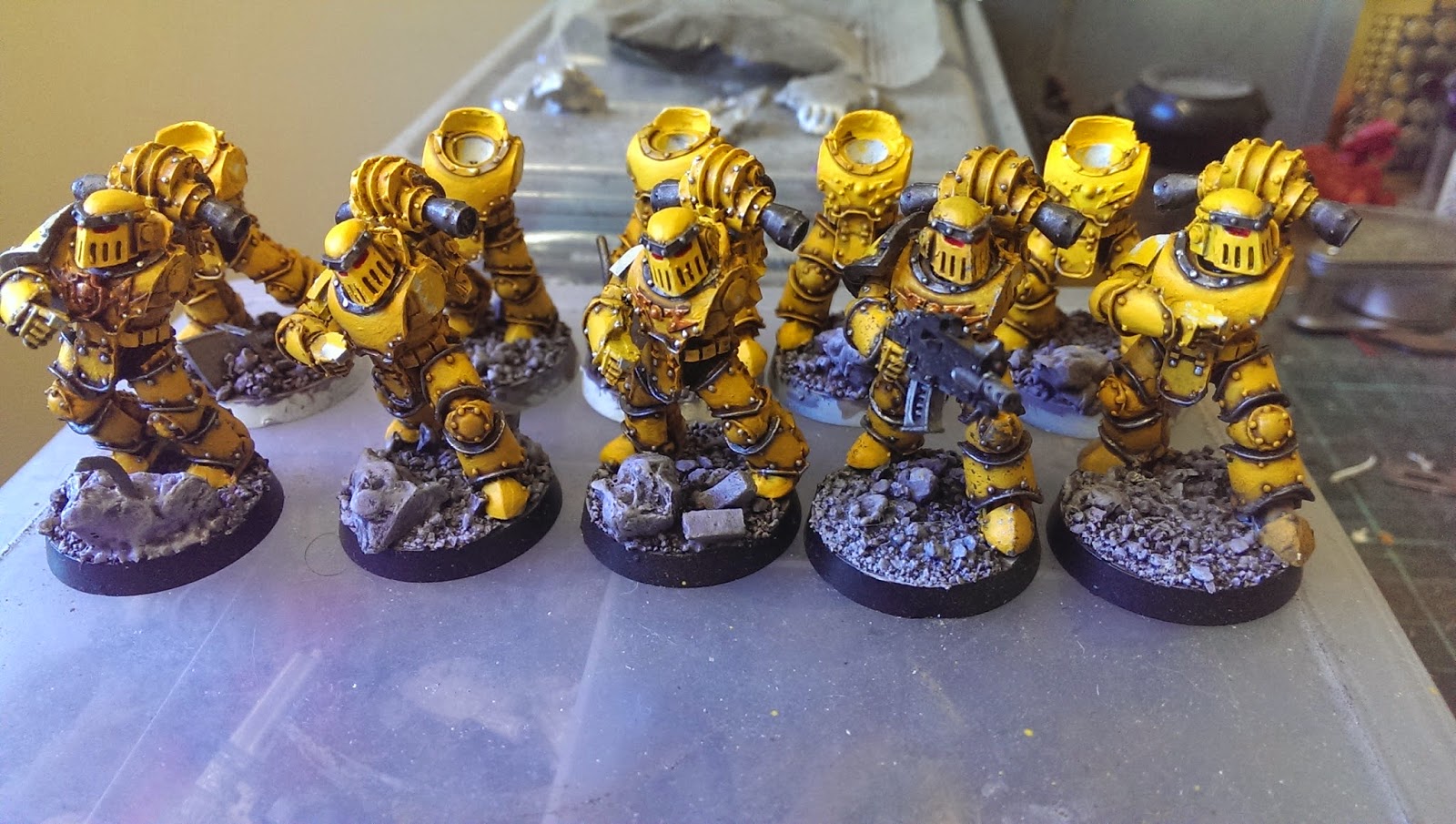 I have been playing various miniature wargames, including warhammer 40k since 1989. I initally entered into the 40k world with Imperial Fist space marines due to somehow always ending up with the yellow models when my friends and i played space crusade. My hobby branched into space hulk and my first miniature collections were of Imperial Fists Terminators. A friend soon offered me a game of 40k but i offered all i had was 30 odd Terminators. Even still he agreed and my little lumpy yellow dudes stormed over the table and i was soon hooked onto warhammer 40k. 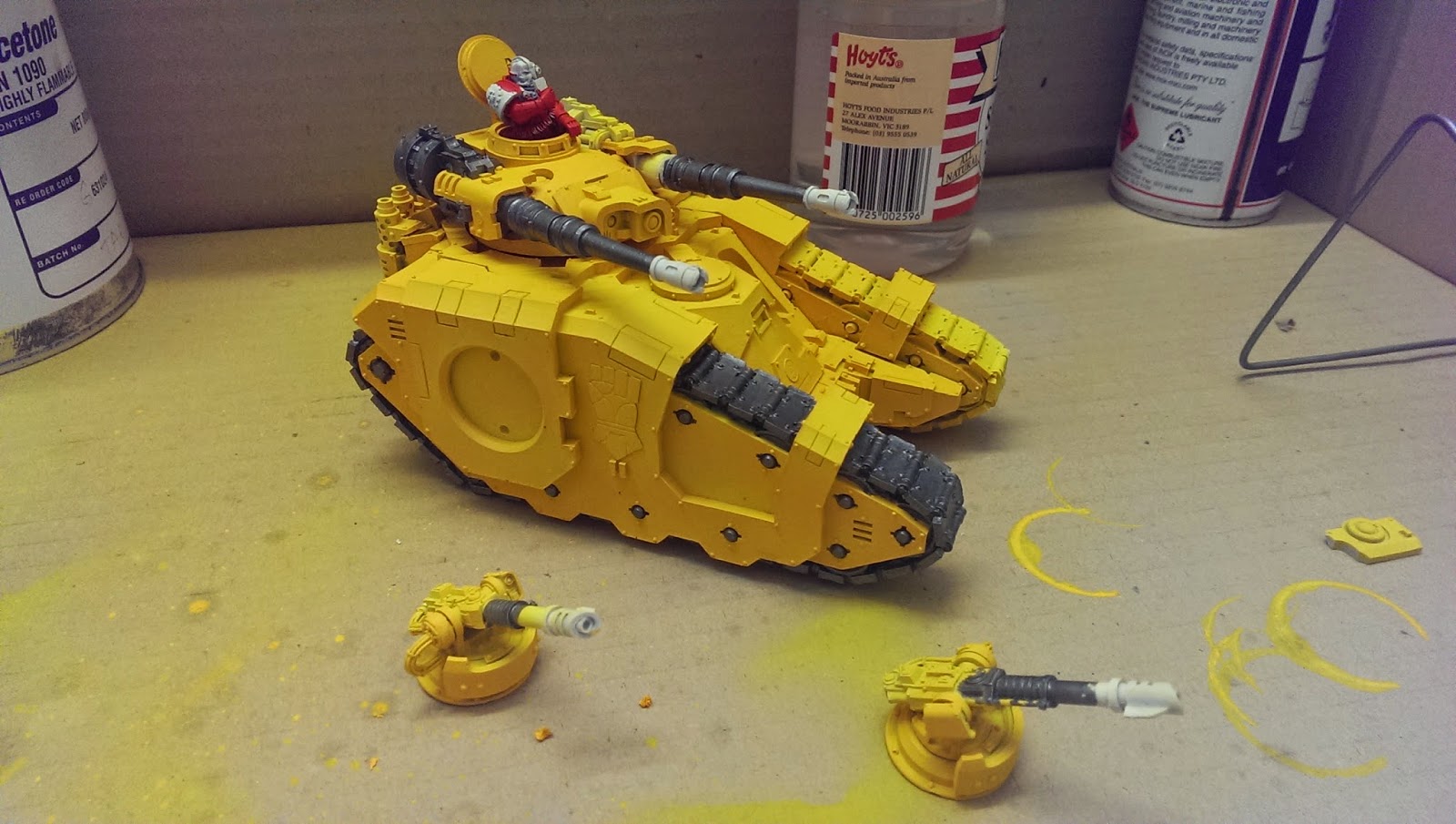 Ever since then i have been an avid collector, painter, hobbyist and player. Seeing as how the shine of 40k is somewhat diminished these days, my interest has naturally turned to 30k and my loyalty to the VIIth Legion is strong, and after persistence from Keepy and Ty Casey from 'A Traitor's Hand' blog, i have now joined the ranks of Legion players. 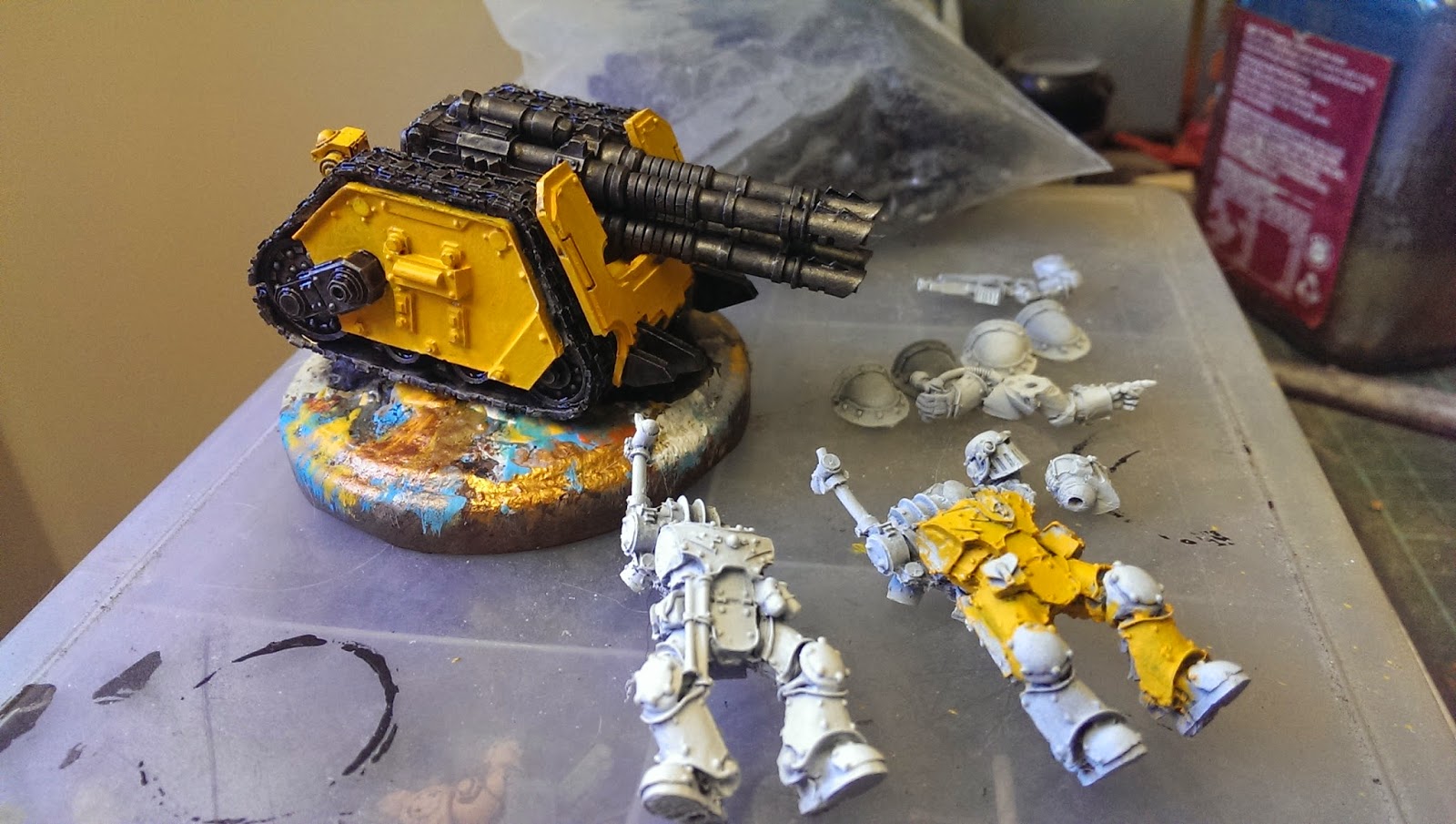 The vision i have for my 30k force is that of a chapter of Imperial Fists dedicated to that quintessential role for them, The vanguard. I envision a strong block of about 30 breacher marines supported by various tactical, support and heavy marine squads. (i have a plasma support, rotor cannon support and las cannon heavy squad).

The chapters elite are a squad of terminators and a squad of templars. Furthur support comes in the way of rapier platforms, tarantula platforms, a Sicarian and Landraider for infantry support and a fire raptor and storm eagle for air support.


I'm hoping this overall looks like a phalanx of yellow ceramite advancing solidly and stoicly to close ground with the foe and grind them down.


I look forward to showing off my chapter as it grows and no doubt cheering about victories as i trash Keepie's Mechanicus Bullies and put Wadey's purple gay boys to the sword!