Hi. Nothing more interesting as an introduction, as this model has sapped my soul in construction. I spent nearly twice as long on this model as any other Primarch, and easily comparable time to a f#$ing Storm Eagle. Sigh, Forge World, I can live with the bad mold slip, but instructions go a long way. 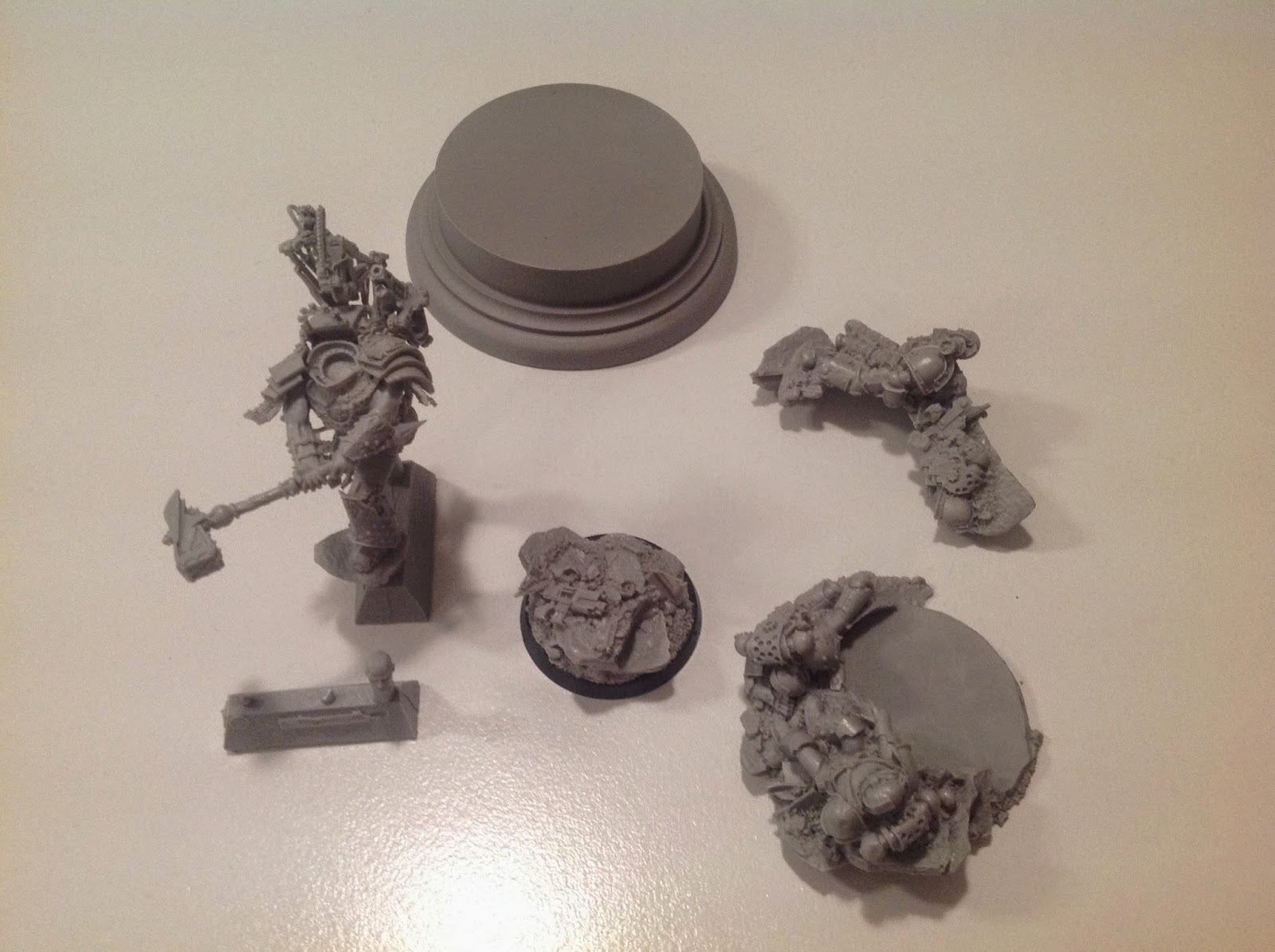 Since Forge World didn't supply the kit with in instructions, I made my own. Simply read the sprue, cut the part you need, and glue them in in this way. 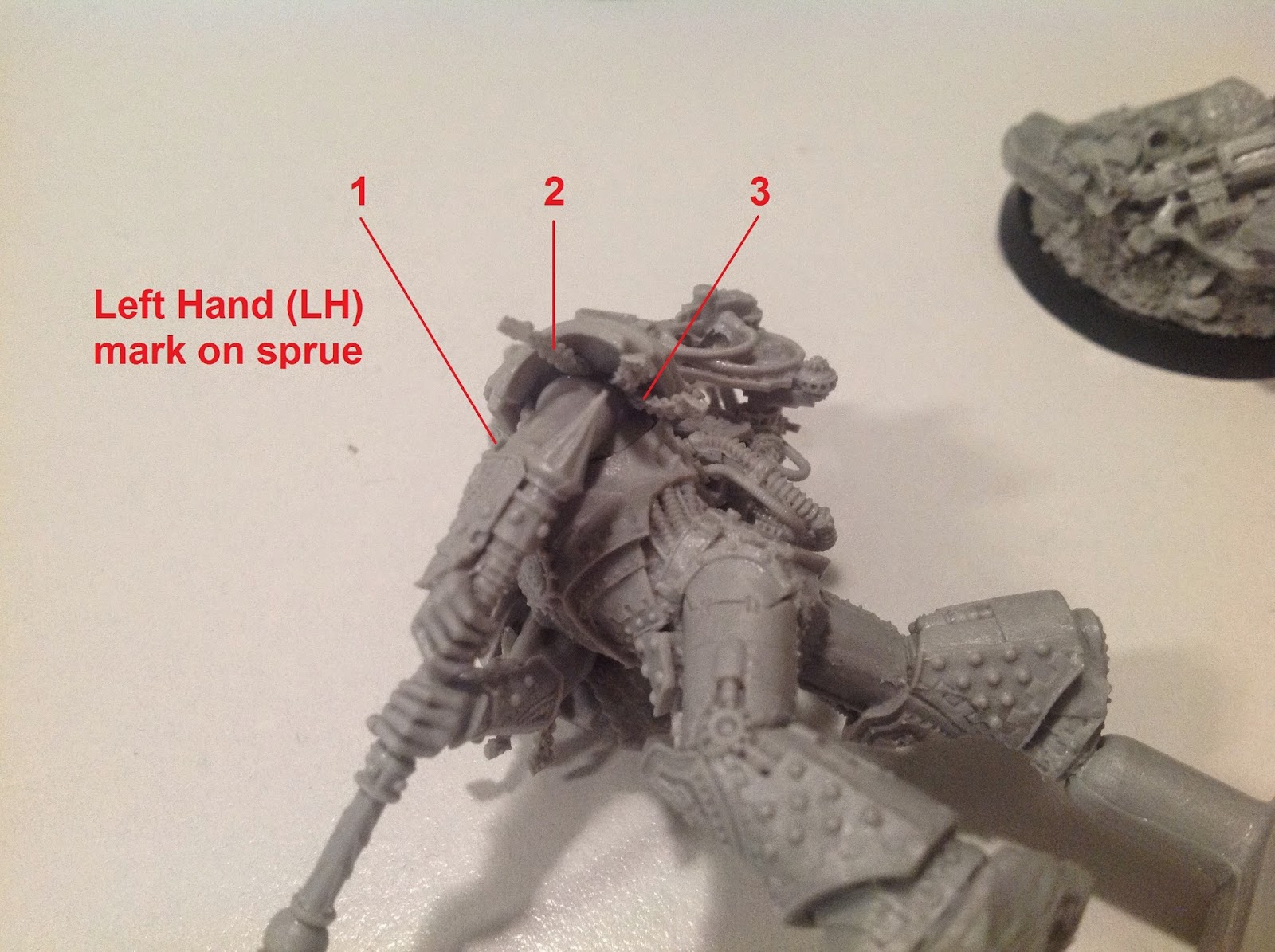 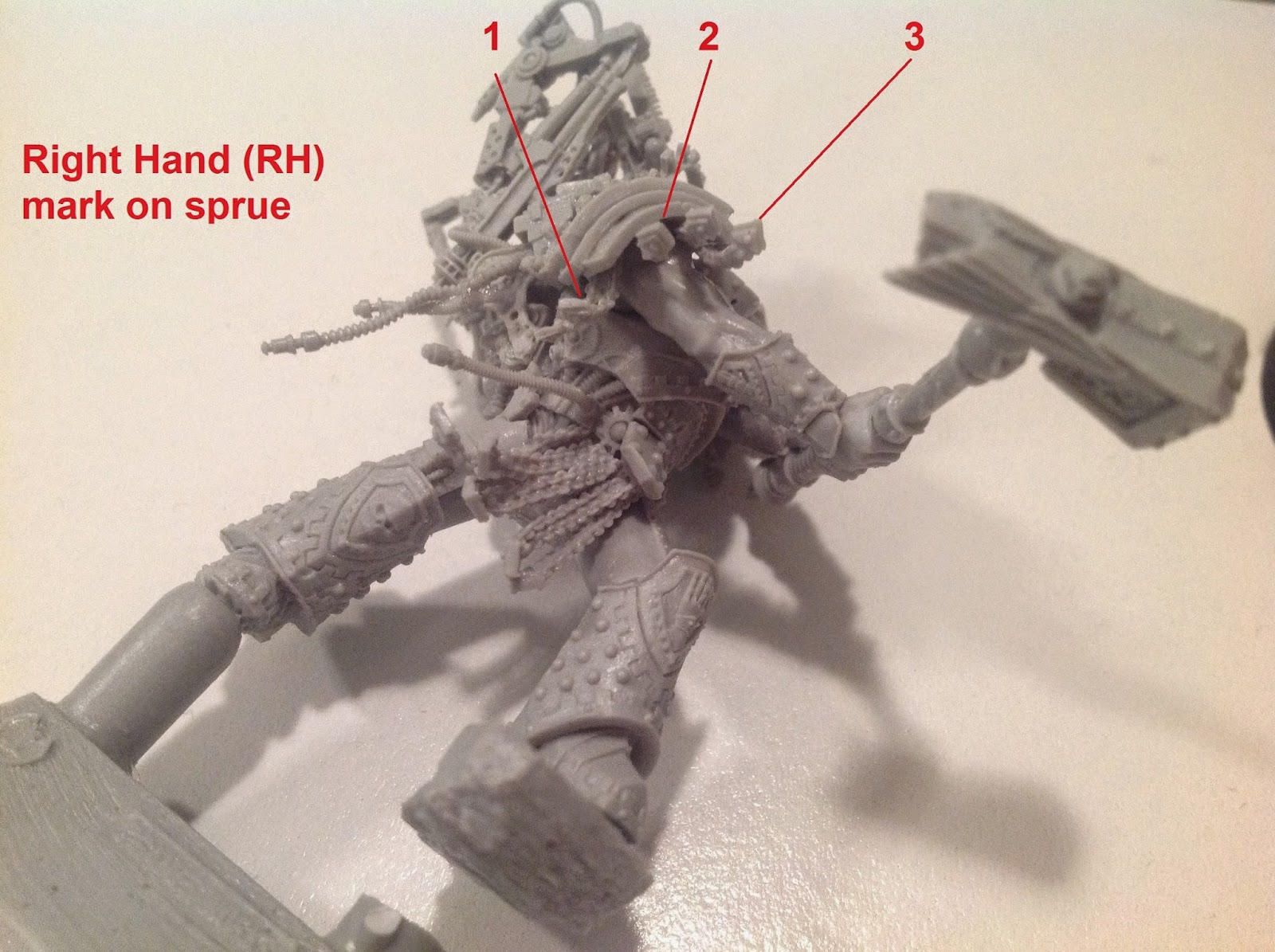 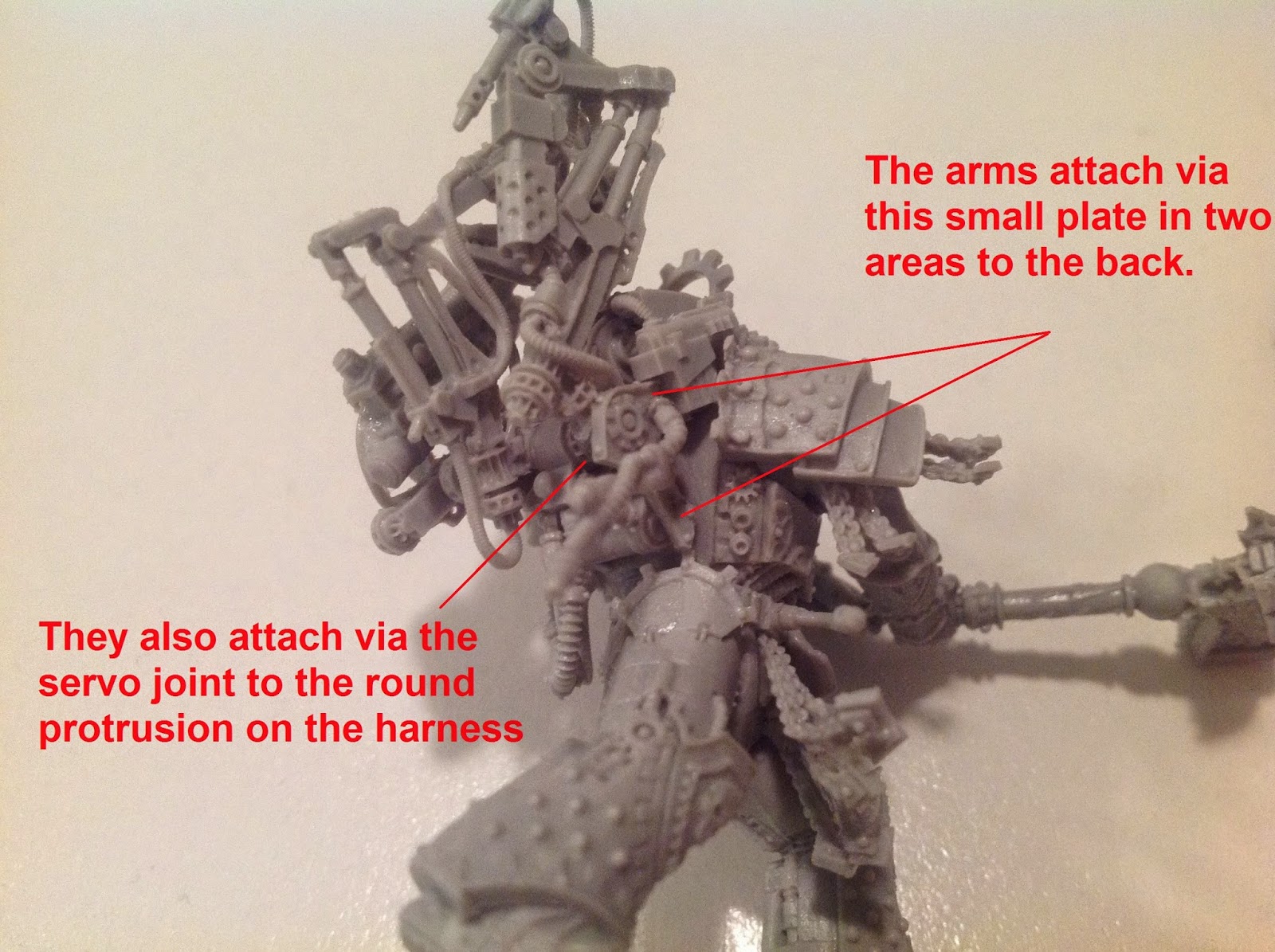 Ferrus' servo harness was designed by Satan, blessed by Hitler, bathed in the blood of virgins by Genghis Khan....  no, not really, I just had to do a lot of fine cutting with a scalpel due to the poor quality of the casting. Basically, the flash was at failcast levels, and it took me about an hour to finish off the harness assembly.

Ok, moving on to happier things, you glue the small bit of base that comes separate to the rest onto the edge of the releasable part of the base like so. From there, I drilled and included 3 2mm magnets into each half of the display base. 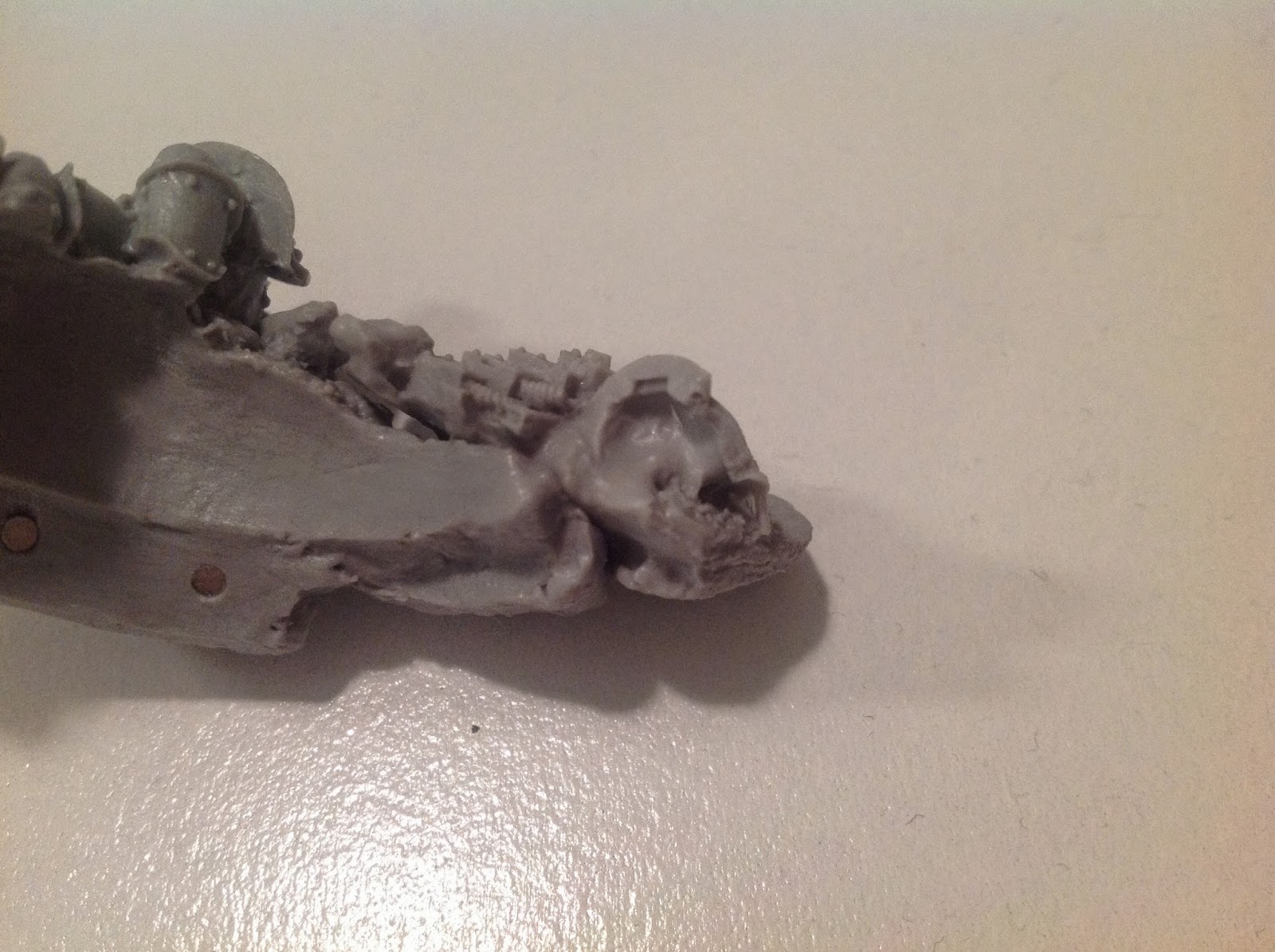 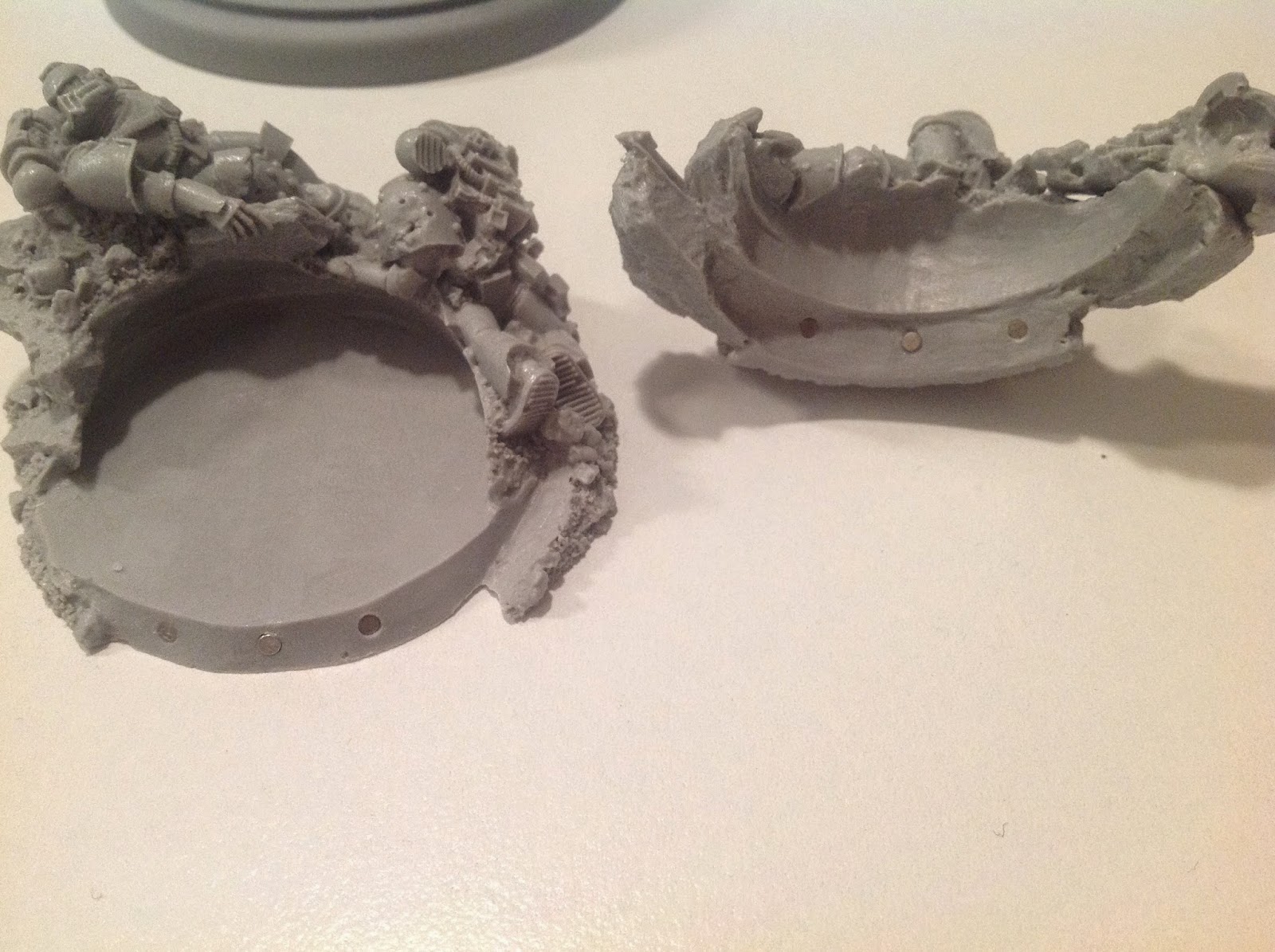 From here, I undercoated, base coated, and then used Tamiya Clear Blue to get a glossy blue finish on the black armour. I did this because black armour is boring, and I wanted to get an oily wet feel to it. 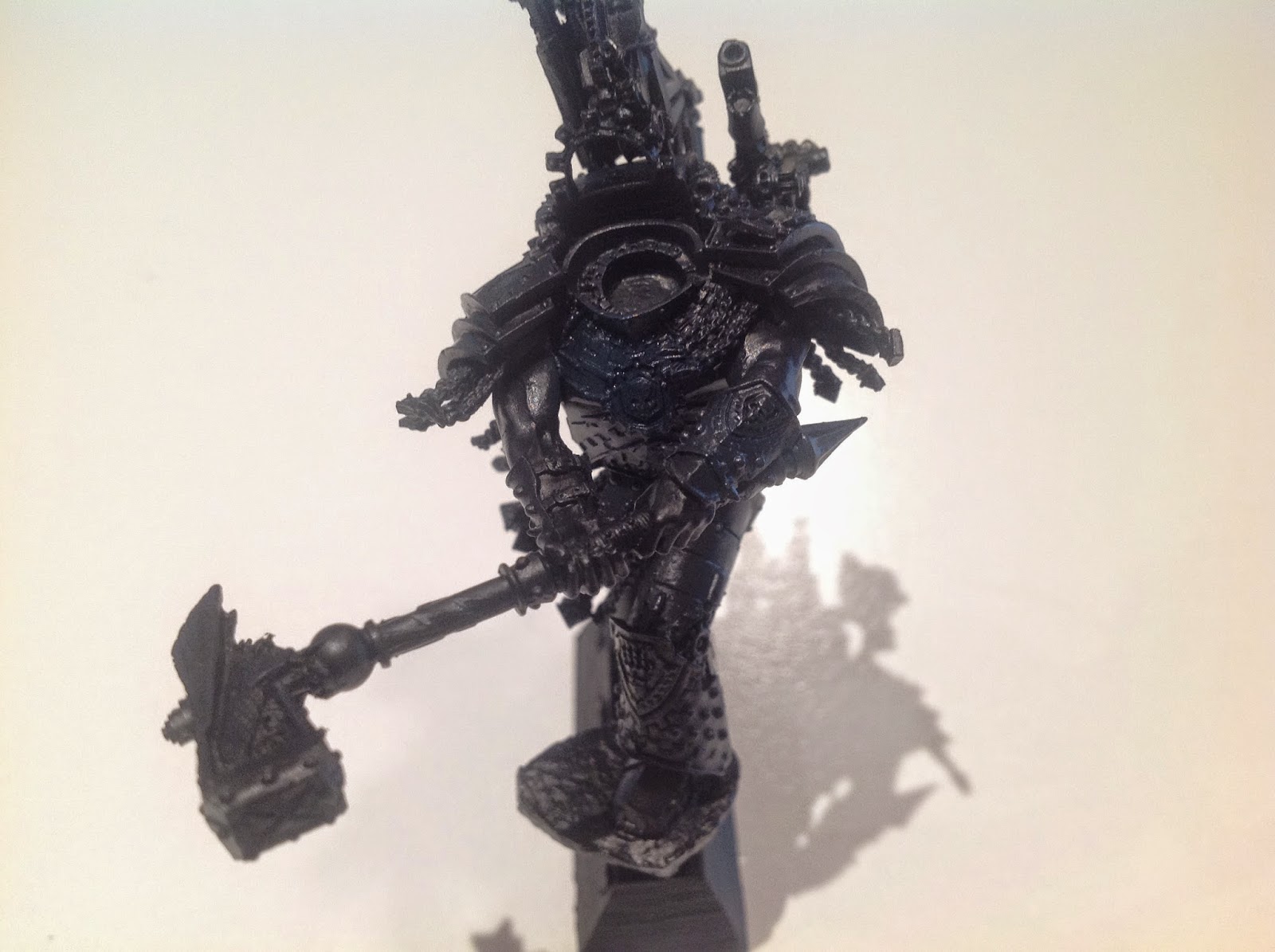 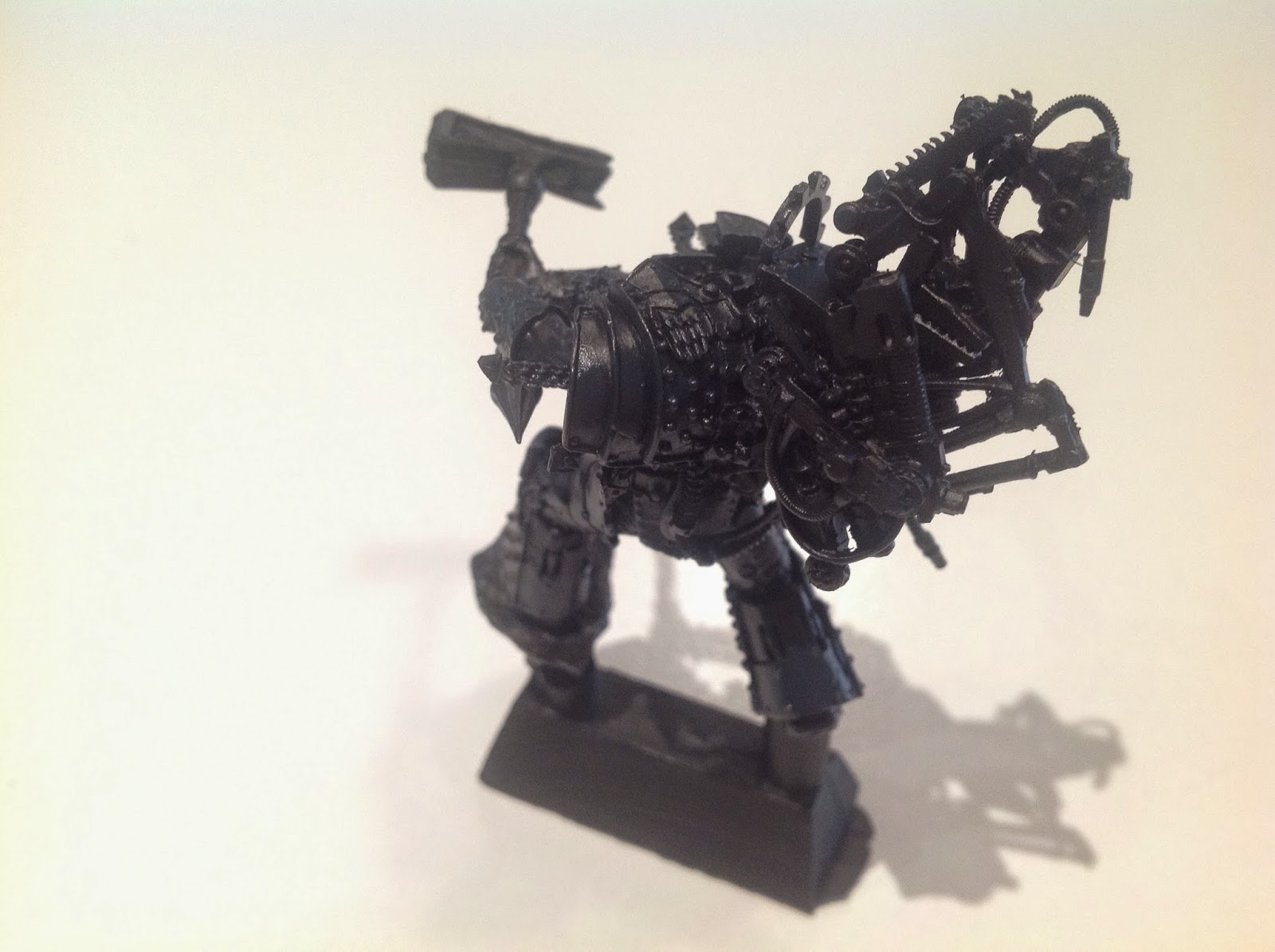 After about 3 hours of painting many many tiny metallic details, as well as doing the arms, I ended up here. 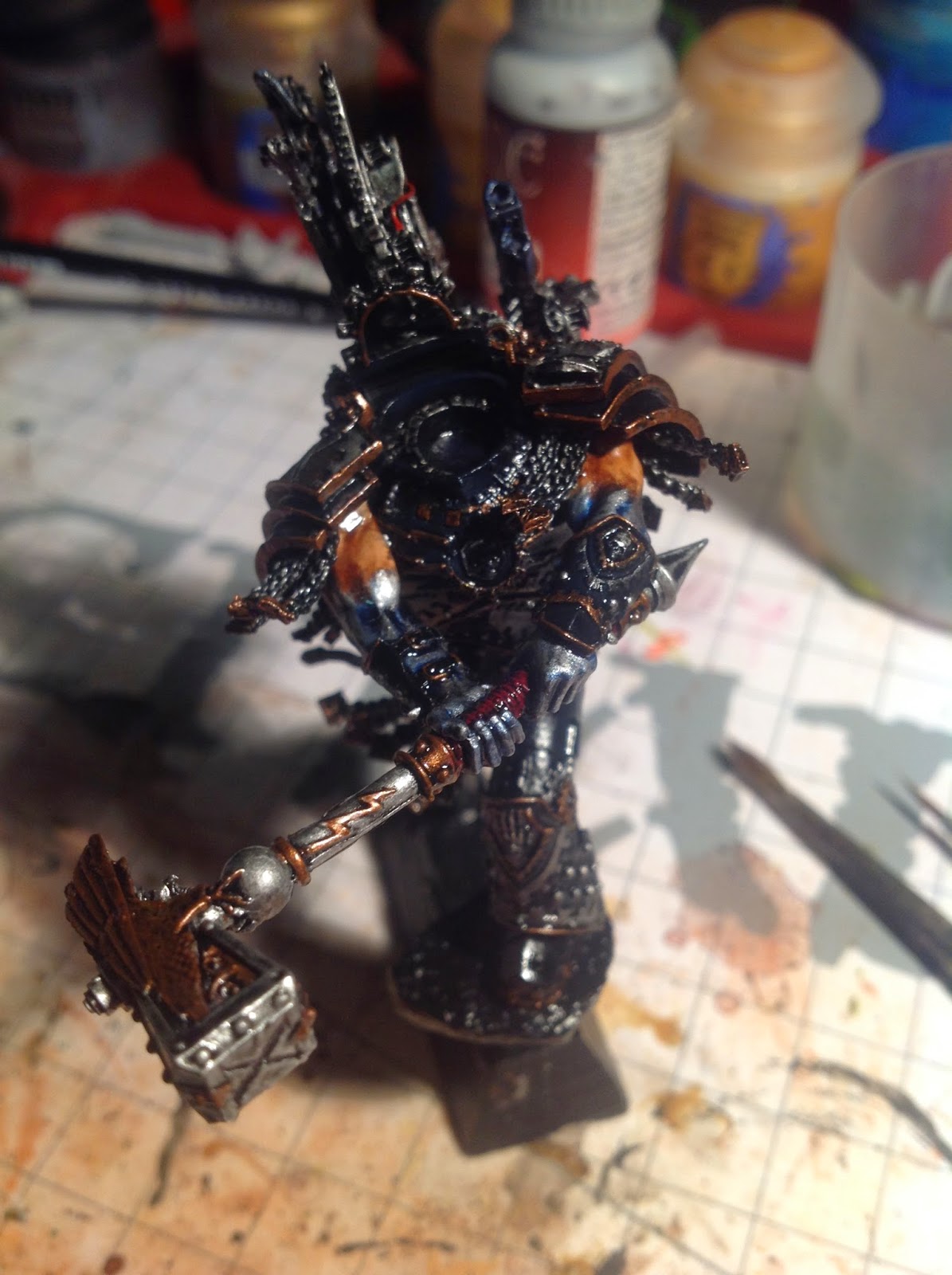 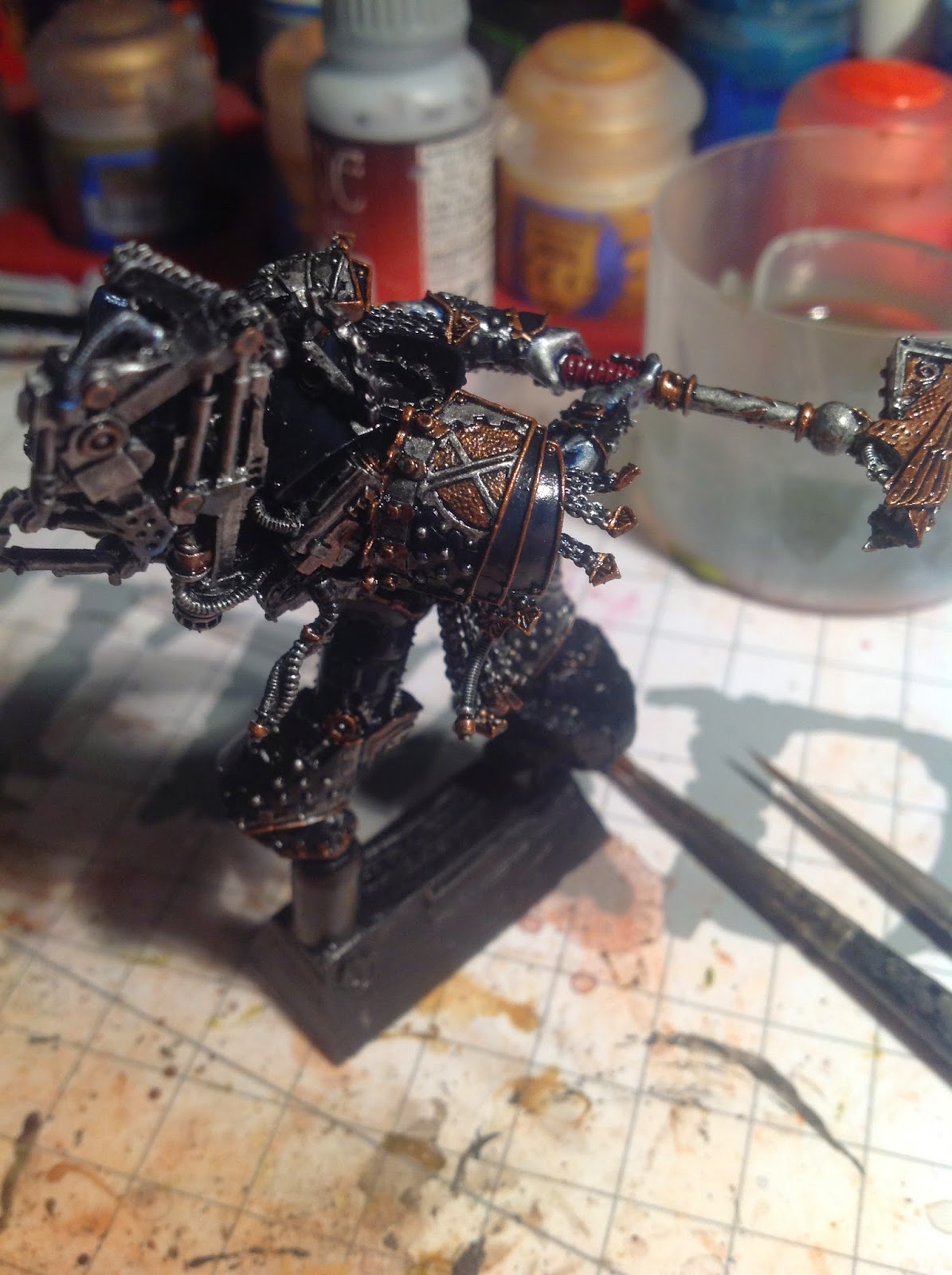 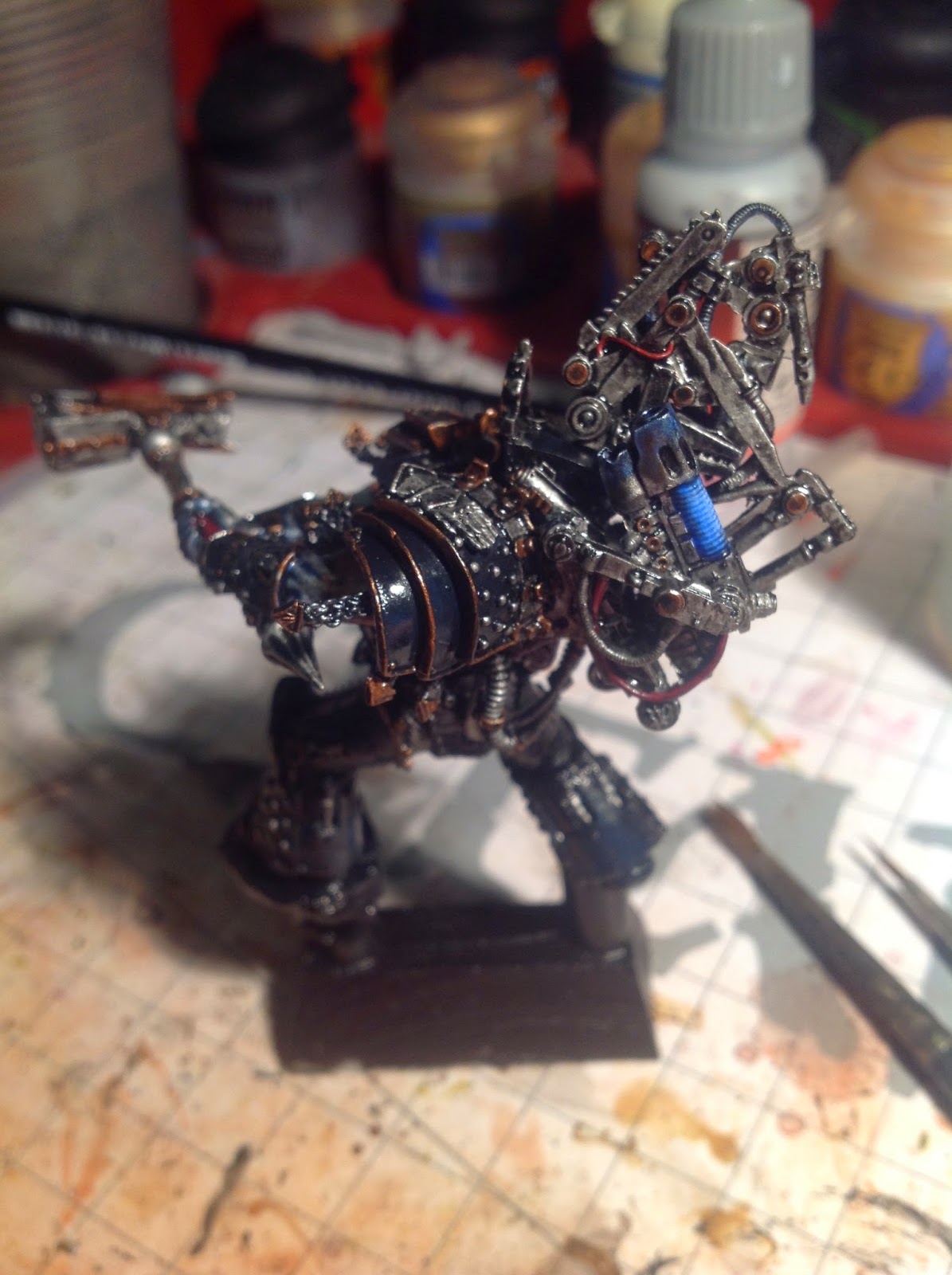 From here, I have to paint the base and the face of Ferrus, but you have seen numerous tutorials dealing with that of late, and as Ferrus' base is pretty simple, just sand and dead marines, I won't bore you with the details. Well, that's all for now, next time you see Ferrus, he will be complete!