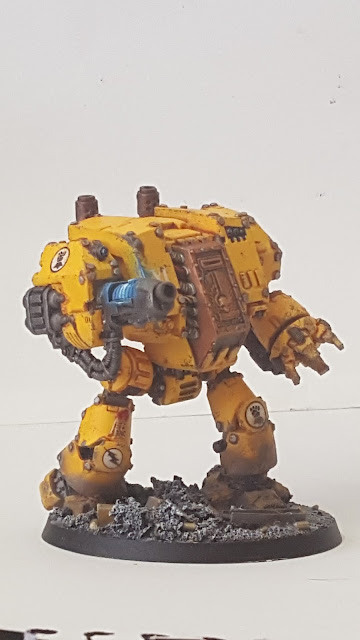 The conversion done on each of the three dreads was essentially extending the thigh section and adding armour plates. I used polyethylene rods to extend the thigh and took armour plates from the 40k centurion box set (hate those stupid models), trimmed and added them in key spots to make the dread look solid and armoured. Other little additions were adding an extra length to the power fist digits, making them look a little more grabby and also because these were old lead 40k dreads a fair bit of filling and cleaning up had to be done. A lot of the rivets were worn and filed off so i added some home made ones. The plasma cannon was a simple add from the old Leman Russ demolisher kit i had kicking around in my bits box. 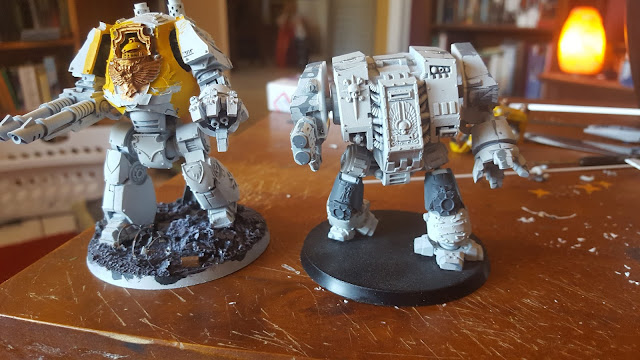 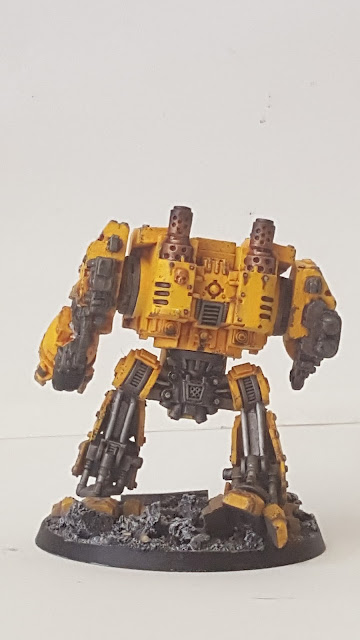 You can see the basic construction of the
thigh pieces in the pic to the right.

This gave a good measure of height to the model, improving his stature amongst the bigger machines of 30k. Made the dreadnought look a little more natural as well.
I took pains though to not make him any taller or imposing than the contemptor as i wanted the contemptor to still look superior to the Castraferrum model. 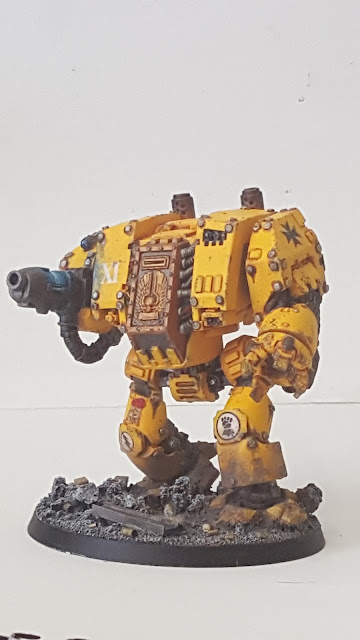 The process in painting the dreadnought was no different to that of my marines. A base coat of GW yiriel yellow with a wash of sepia. I then blended the yellow back with yiriel yellow again. Then i painted the metallics and washed with black and then picked out with boltgun metal in key areas. Then the fun stuff was done with adding decals and weathering, key details like the purity seals, wiring and the plasma cannon. After weathering was done, i sealed the dread with a matt varnish, then in certain spots added grease spots and stains using Tamiya smoke. 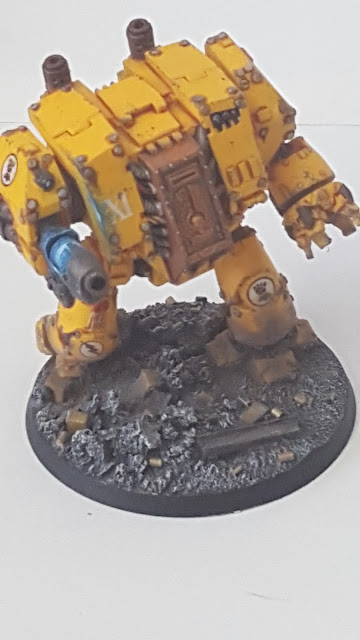 This is great for that effect as it is thick so you have a little time to work with it, its acrylic so easy to clean up and it also has a gloss effect, just as grease would have.Last bit of work was the base. I kept it simple, just adding some shattered concrete and bricks. A touch of weathering and a good sprinkle of spent bolt casings and it was all set to go and burn some traitors