Hi guys, Not a big thing to add today. I've been looking back over my tanks as I've been waiting between paint stages on other stuff and been thinking how much more "real life" kit vehicles of the legions would have on them. I'm pretty with legions being a larger and more supported war machine that such things like crew baggage and such would be less, though not totally absent.....but i got to thinking about other little details i could add aside from weathering that might add to the realness of tanks. Comms relays and aerials is one of the first that springs to my mind so i knocked up a few comms aerials to add to my vehicles. I magnetised them too to make transport simple and reduce the risk of snapping (even though they are made of flexi plastic) 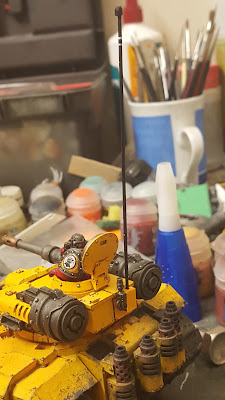 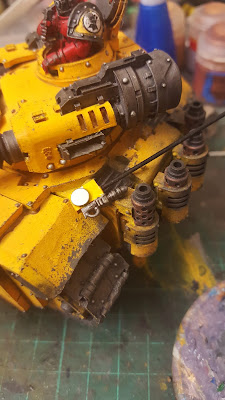 What are some other "real life" details you'd expect to see on legion vehicles?
Posted by Spraggy at 22:20