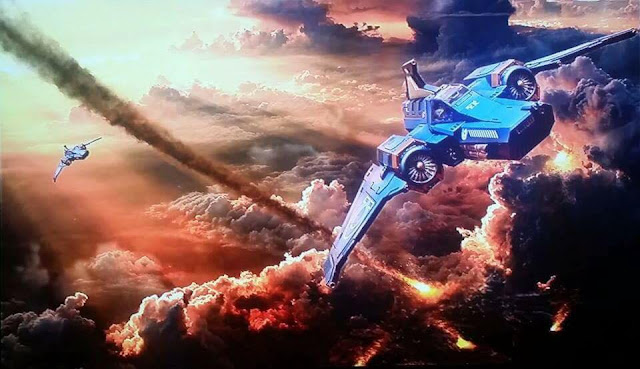 Now here I am, with part 1 of my hobby journal showcasing me rebuilding my XIII from scratch, a project I hope ends up with lots of cool minis.

Firstly, I want to show off a comparison pic, to showcase where my skills where and now are since attending an MKA course,
Go easy on me, I'm terrible at taking pictures of minis (something I hope to fix with regular hobby posts), but here's one of my old rhinos idling her engines next to my new effort, lovingly nicknamed the "Police Cruiser"; 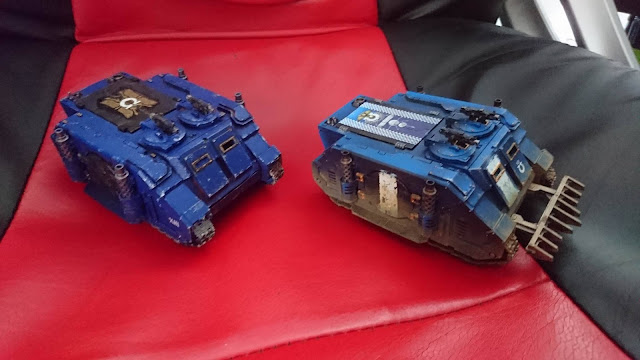 The difference is, in my honest opinion, staggering. I'll point out that both of these tanks were painted with an airbrush, but the changes in techniques make such a huuuuuge difference. It's amazing what 4 days of straight tutoring can accomplish!

Aside from the rhino, which was painted during the course itself, I've had a bunch of models on my hobby desk in varying states of progress on my desk and I honestly can't wait to post some pictures of WiPs and completed kits soon, but I'll keep things reletively succinct for now and finish up with a couple of pics of where I'm at.


That's all for now, though there's more to come soon.
Please leave C&C, tips, suggestions and any other thoughts you might have below, especially ones related to taking better images that don't involve my grubby keyboard!

Until next time,
Felix~