G'day all, Keepy here with a quick revisit from the previously posted army list for the Sons of
Horus. The original army list can be found here.

So I had my good mates Buzz and the Dice Wizard himself Braden (from the Dicewizard blog) come over for a friendly playtest game on the Istvaan III board (which is still a WIP.... why do I have so many half finished projects?!) and play test my SoH list as well as give Buzz's Dark Angels list a run. 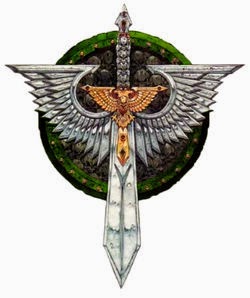 Modus Operandi: The Chaplin would attach to the Assault Squad to make them Fearless and also give them hatred. They would look for targets of opportunity or go tank hunting with Meltabombs. The Medicae Primus would attach to the Jetbike Skyhunters, giving an already tough unit FNP. The Tactical Squad loads up into the Storm Eagle and provides aerial fire support as well as a scoring unit which can be used for last minute objective grabbing. The Land Speeder would outflank, and put some hurt on the rear armour of tanks or use Frag Missiles to hit squads. The Vindicator could move 12" and still shoot it's Demolisher Cannon thanks to Machine Spirit, giving it a heap of range, and the Sicaran was there for all round dakka / AA duty.


As you can see the Dark Angels are very mobile, and can put out a fair bit of dakka whilst still being choppy. It wasn't until I put out all my models that I realised that the SoH list was missing something, I couldn't put my finger on it but it just looked light on the ground. I won't go into a full battle report, but the key points / events were:

So that was a general summary of what happened. SoH managed to get a win, but it was neck and neck until the bottom of Turn 5. It would have been a different game if those speeders came on. GG Buzz! Mucho fun. From the game I learnt a few things about my list and some glaring faults with it. After the game Buzz, Braden and myself sat around for a while and discussed a few options with how to improve the list. Some observations and changes were: 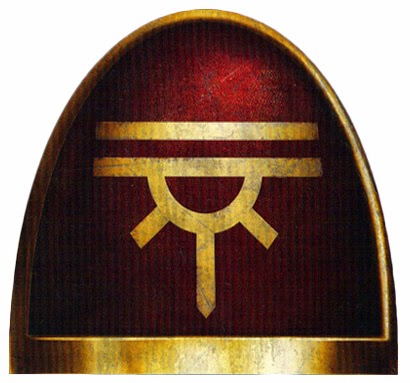 I am pretty happy with the tweaks, the Jetbikes for the Command Squad will make them much more
self supporting, speedy and most of all useful rather than a points sink that doesnt get used. Tac squads are a bit easier to use but still have a pile of wounds, and the bulk plasma in the Tactical Support squad should be enough to hurt nearly anyone.

So... What do you think about the changes? I would love some feedback guys.