Kyr Vhalen, the Siege Breaker and the Moriat

So, here we are, a while without posting actually minis up, (about a month and a half by my reckoning), but we're back with a bang. Today, I have 3 HQ's to show off. 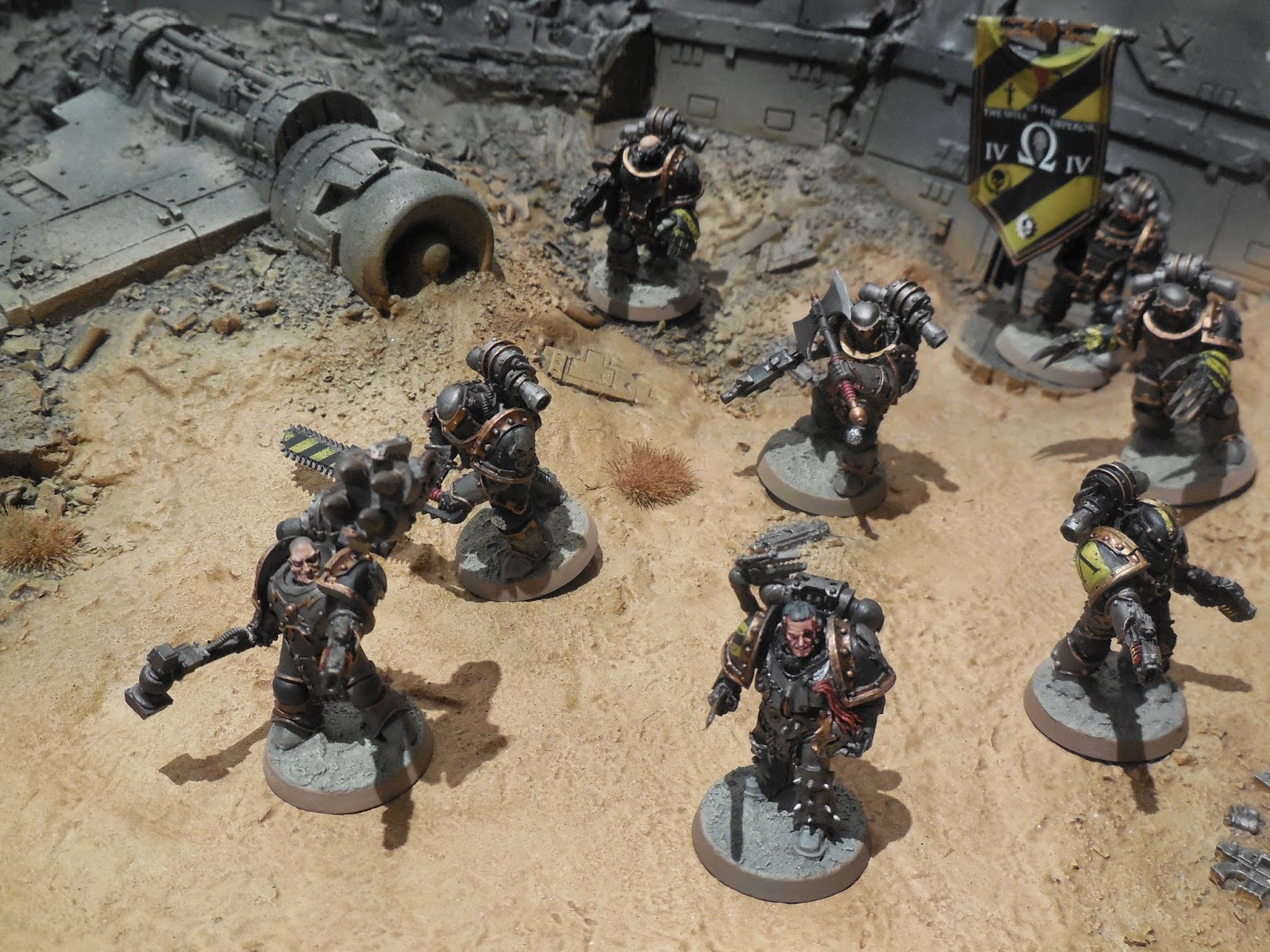 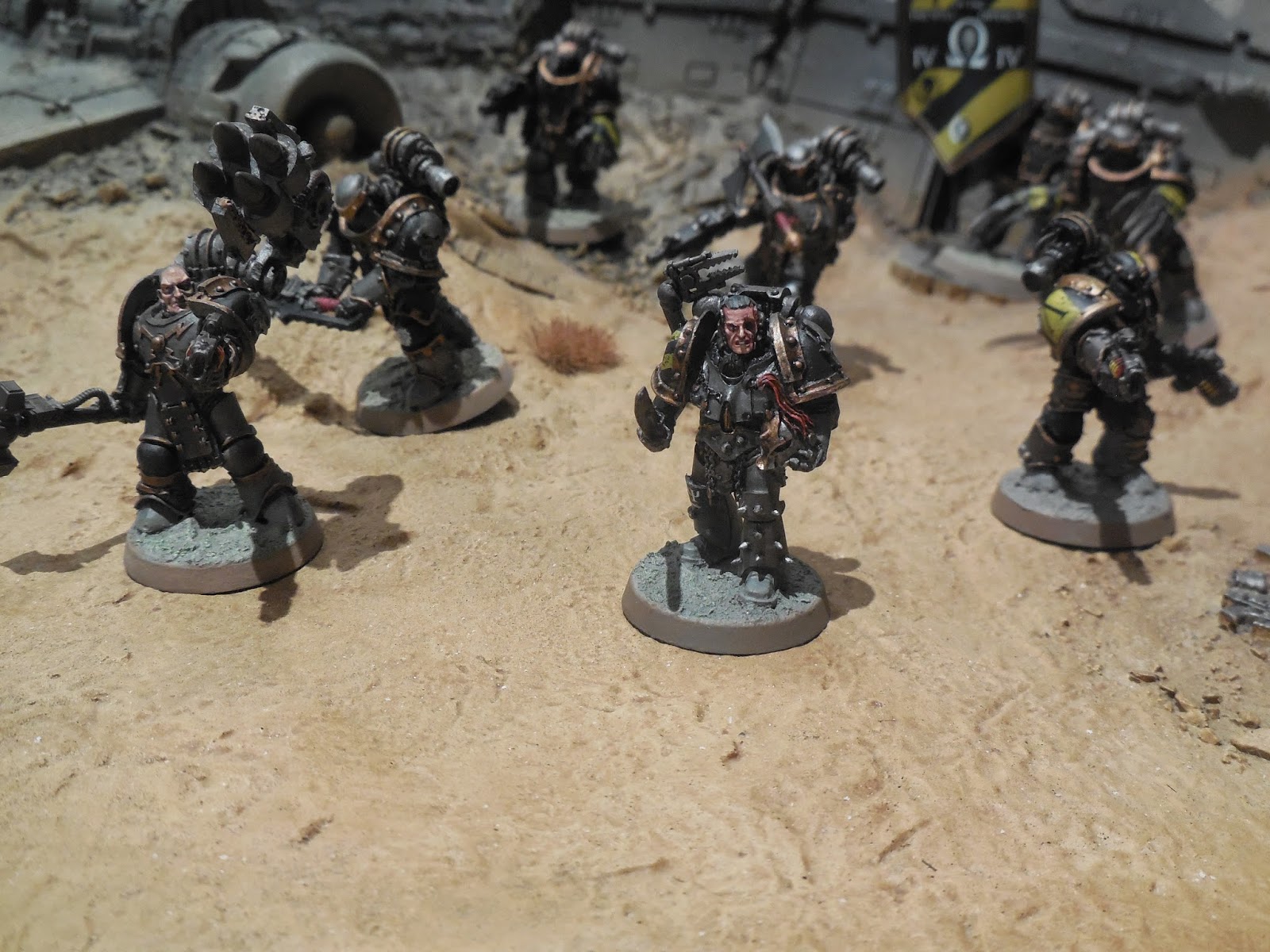 The master of the 77th Grand Battalion, Warsmith Kyr Vhalen is just the sorta guy I like, brutal, quick to reprisal, and a survivor. Even as the dust settled and the Alpha Legion conquered Paramar, his Apothecaries dragged him from the rubble of his shattered bunker, but he was kicking, screaming, spitting blood and curses at the XXth Legion. You just know that one day he will be back for more. 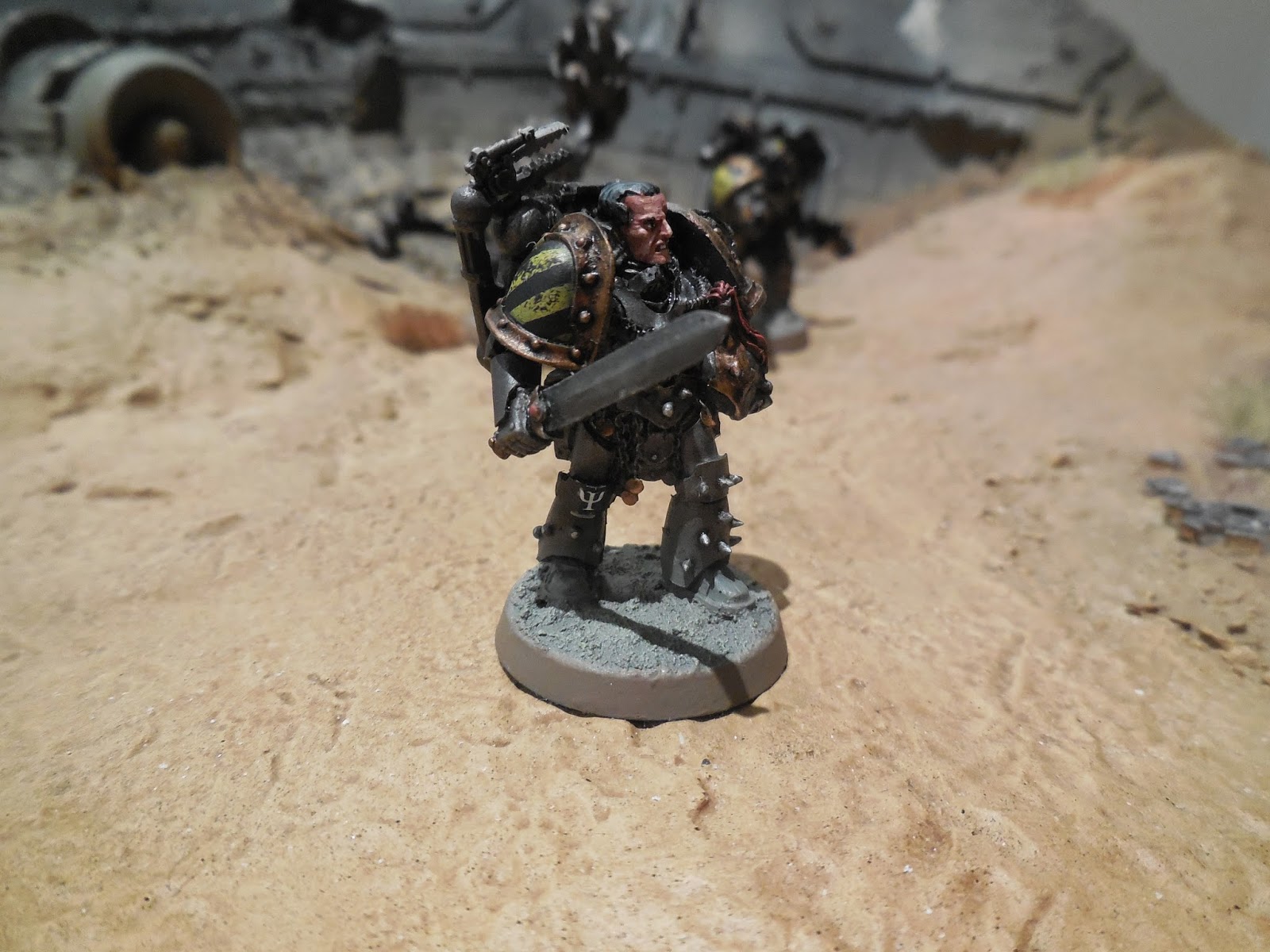 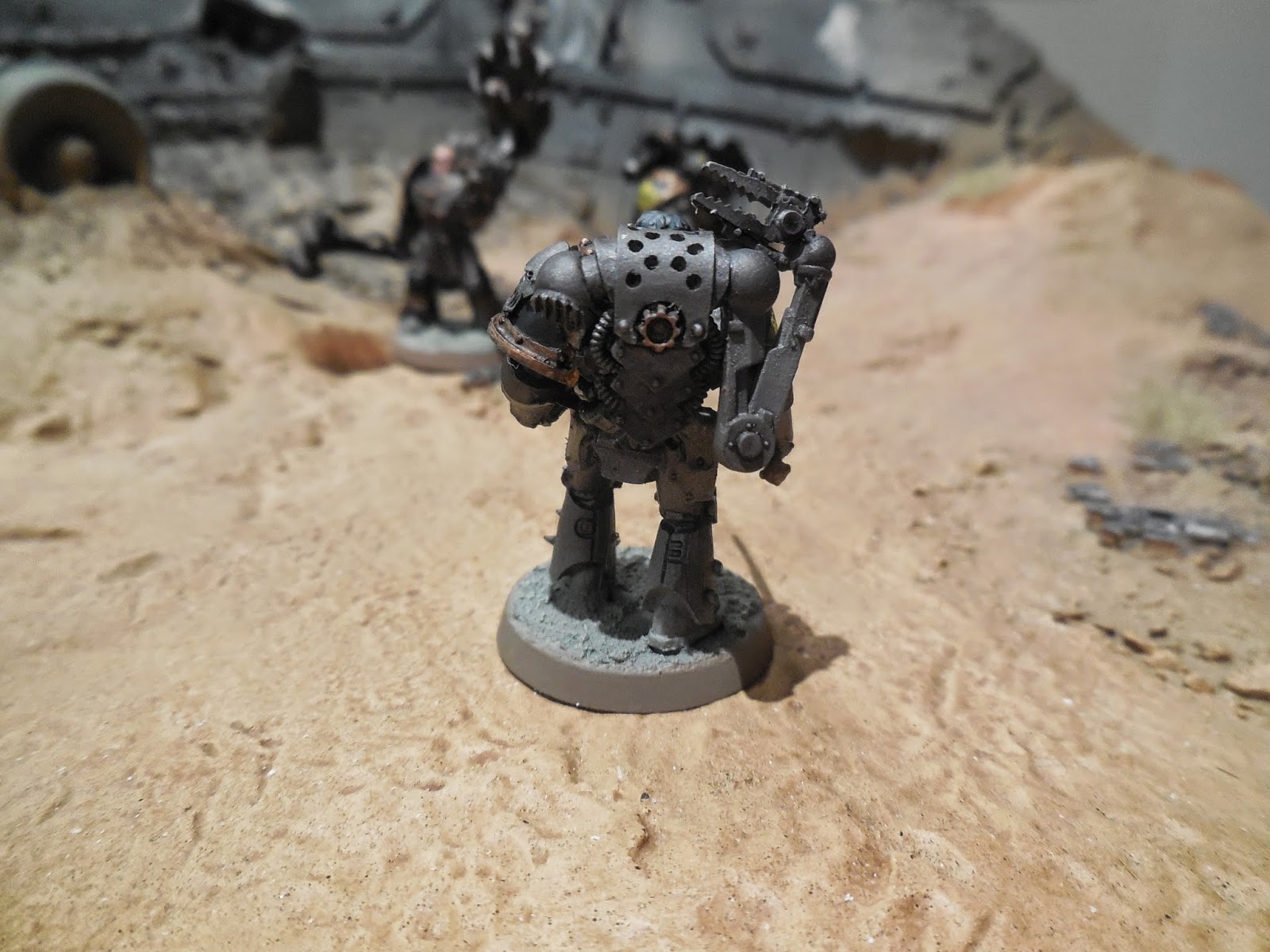 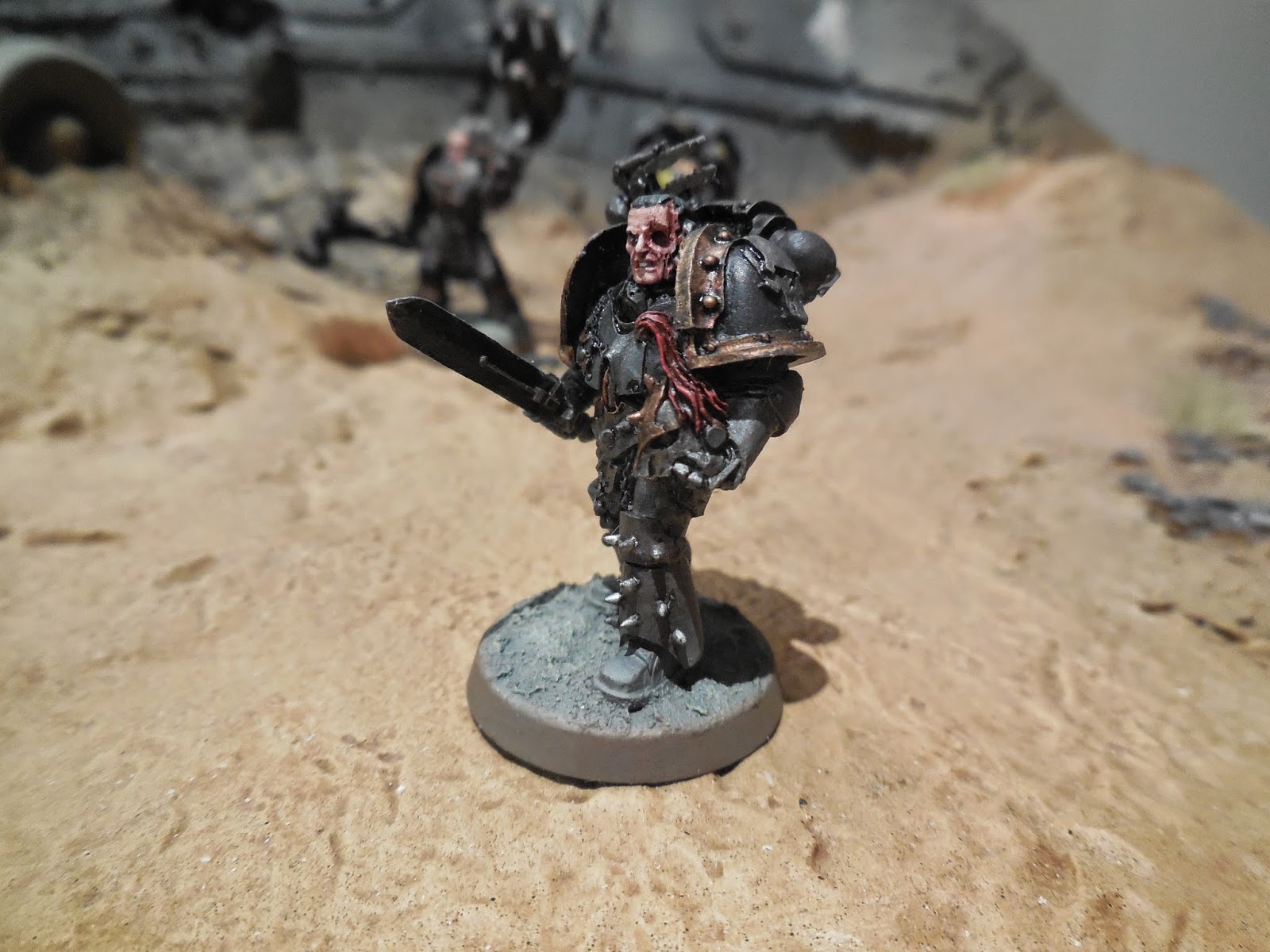 A fun detail to do was creating the ruins of his face. If you look at the guy in HH Book III, he looks like Hicks at the end of James Cameron's Aliens. His face is half melted off, and an empty eye socket stares out from the sneering leader. The actual head is a plastic Space Marine 40k one, which I cut and drilled. I used a Sons of Horus commander and cut and drilled his head off, as I felt I couldn't get the detail I wanted. I then proceeded to combine a few bits together to create his MK IV servo harness. In the end, I got a tidy, if simple commander.

This guy can act as one of 4 or 5 different HQ options (see if you can name them), but for now, he is the siege master, ready to load the thudd guns of his battalion. Having the heavier armour, his servo harness is big and bulky, unlike the warsmith. 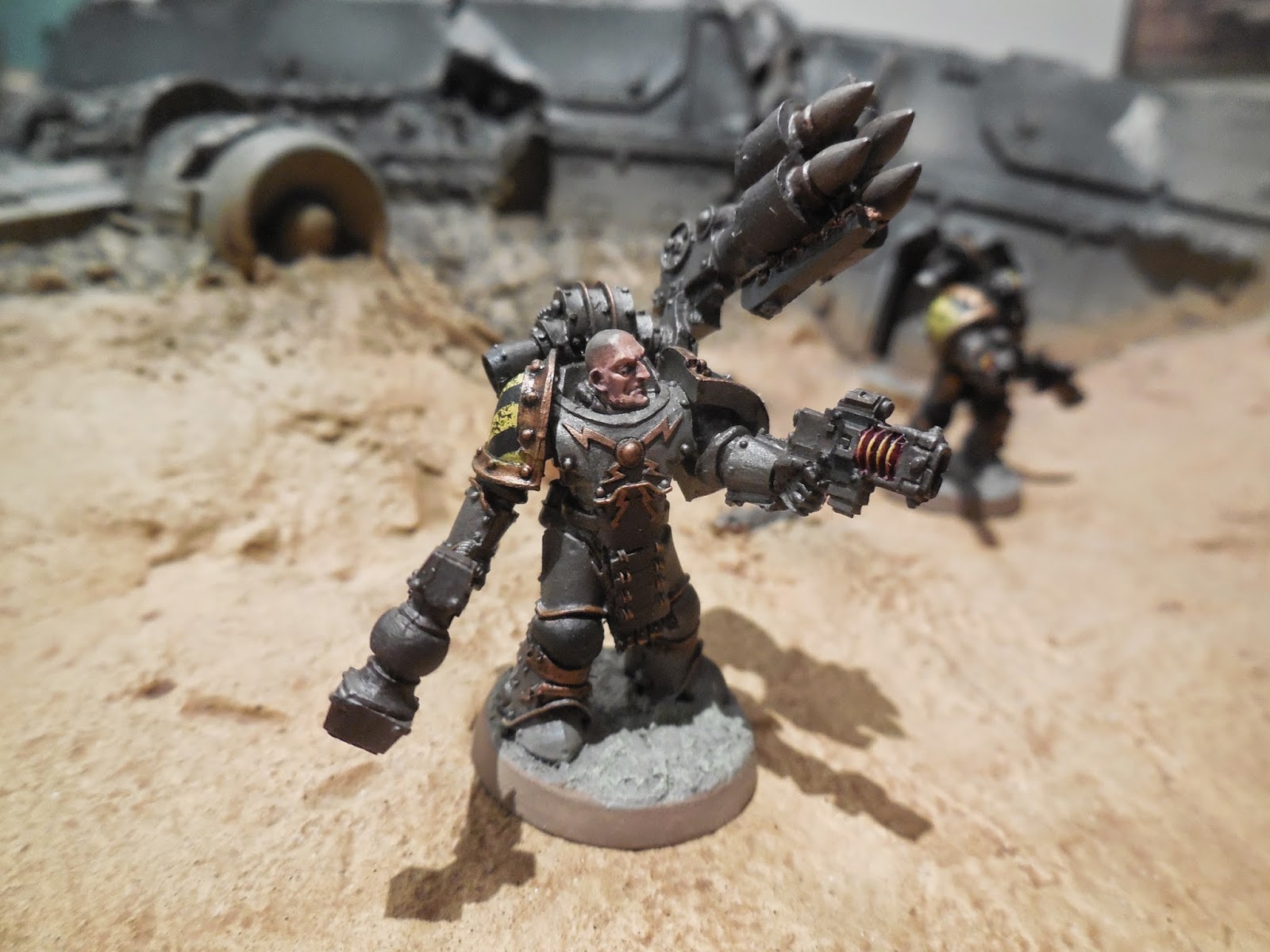 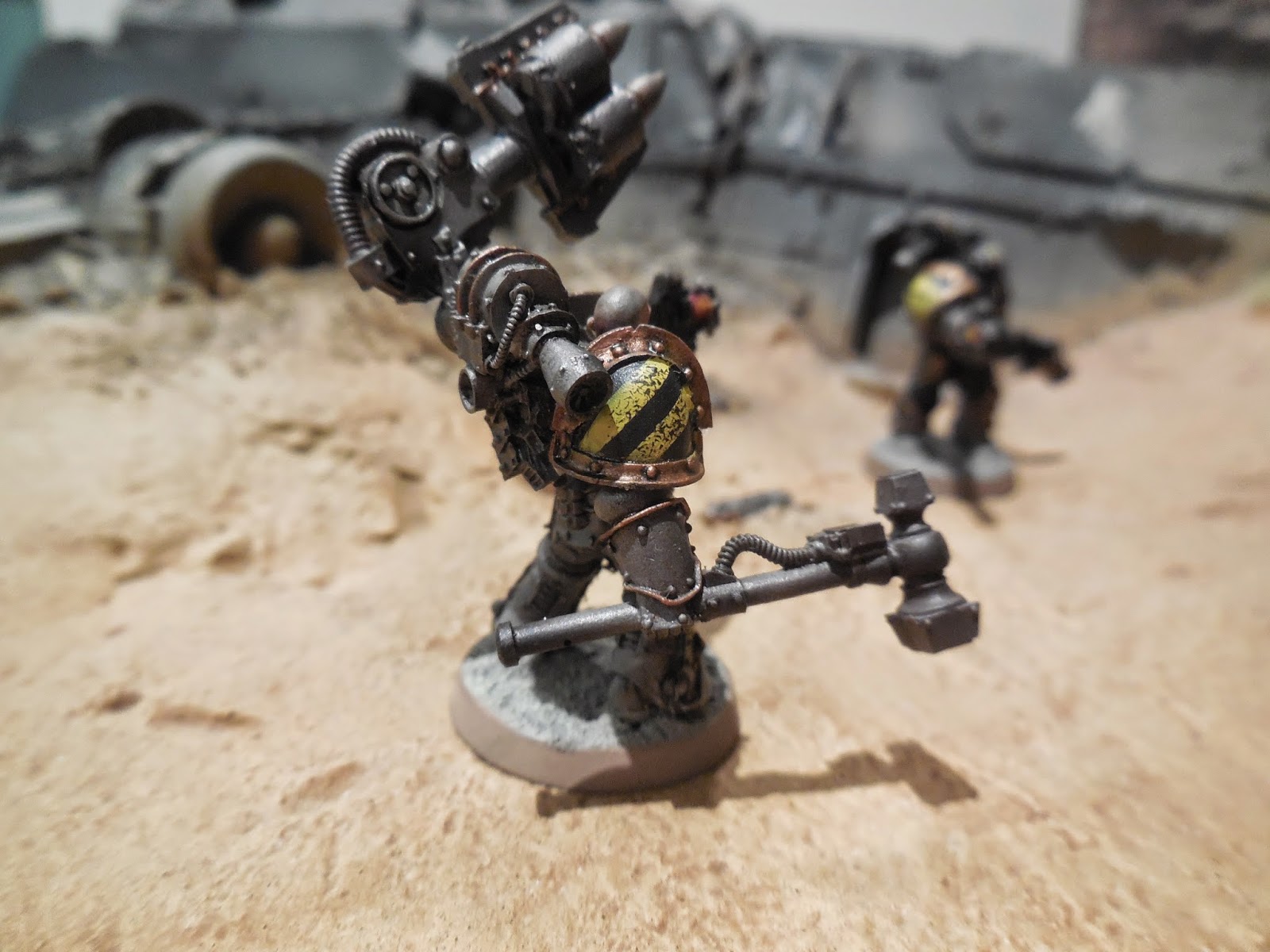 MK III power armour is sexy as hell. I just love it. So, I built an ENTIRE unit of destroyers in it (pics soon), and then I made this guy to lead them. The colour palette for this features a lot of black, because most Legion Moriats and Destroyers wore black. I kept the legs and arms silver, but the torso, helm and part of the back were painted in black. I used yellow on the shoulders as I saw a scheme I really liked at the start of the Iron Warrior pics showing a lot of yellow in the destroyer markings. His shoulder marking is an Alpha, as he is a Moriat, the Alpha, or pack leader of the destroyers. Just works in my mind. 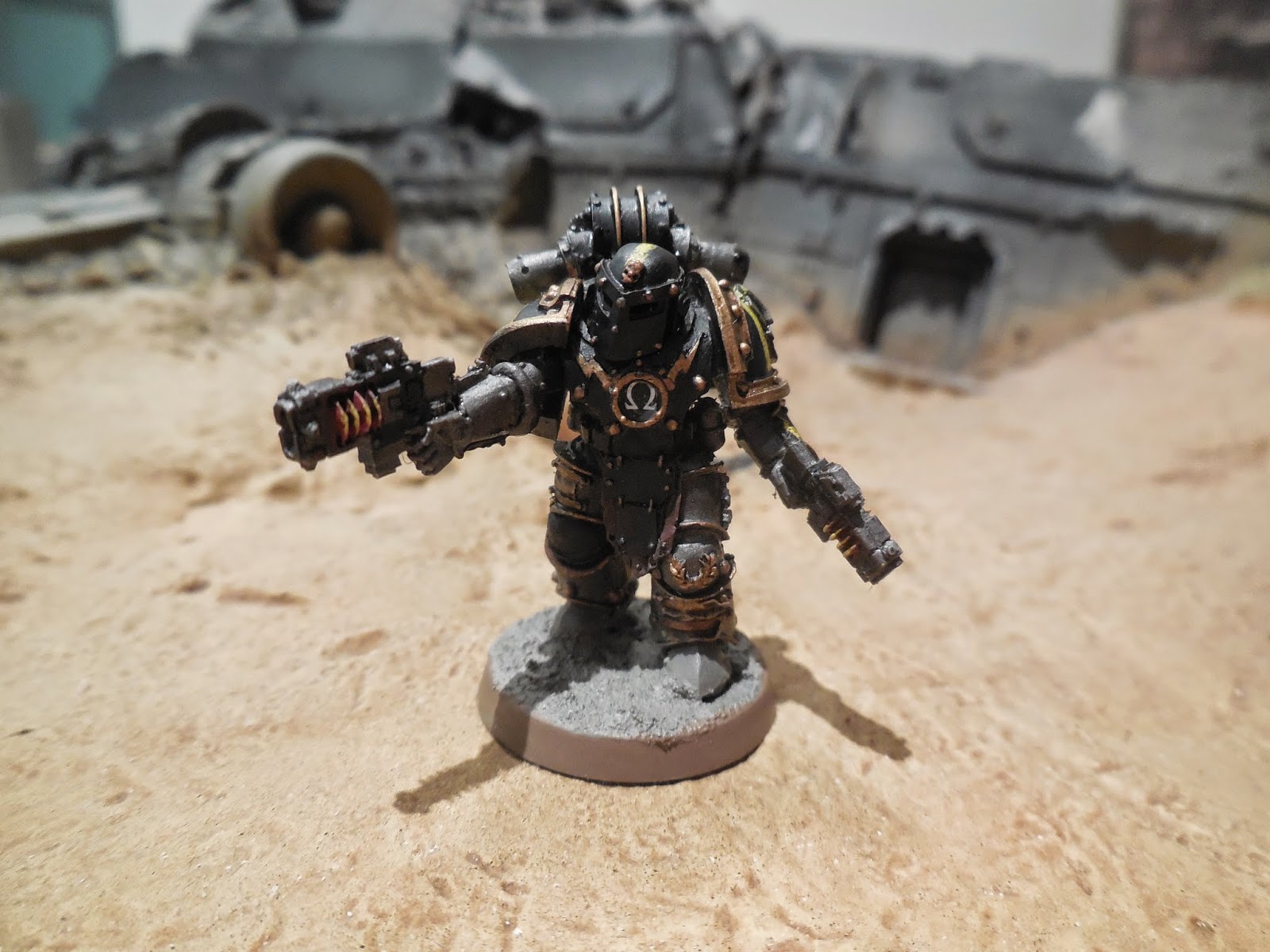 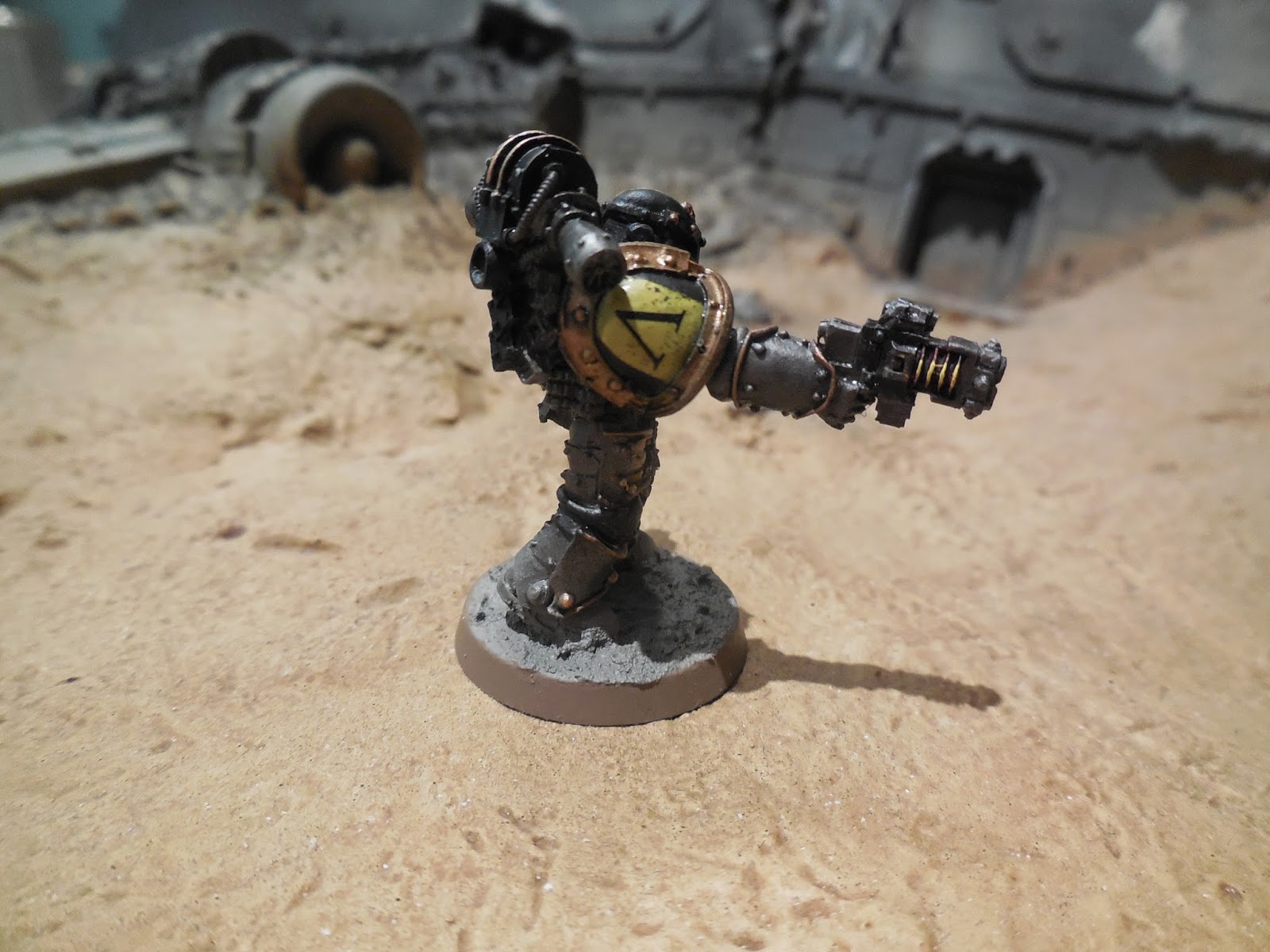 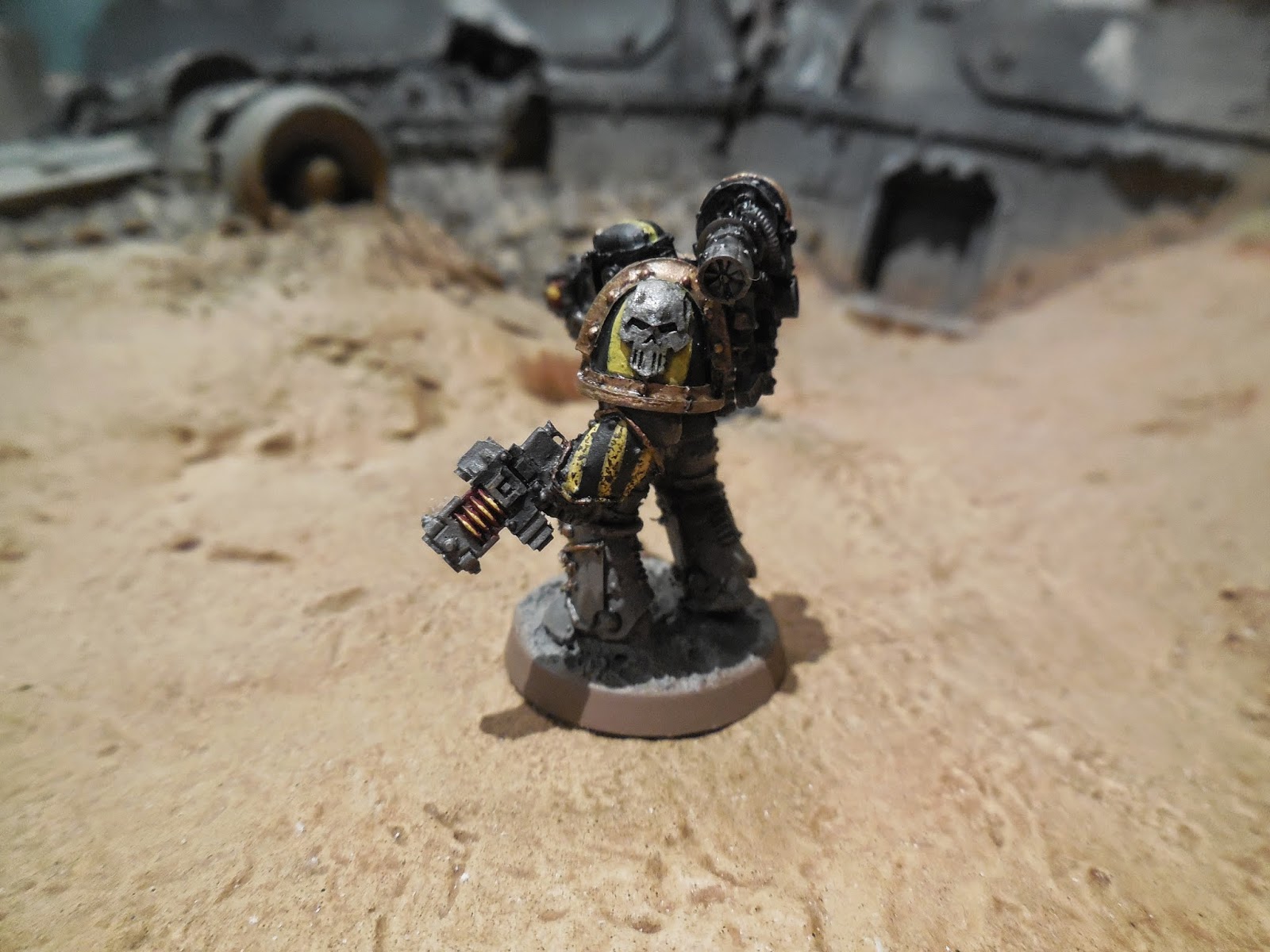 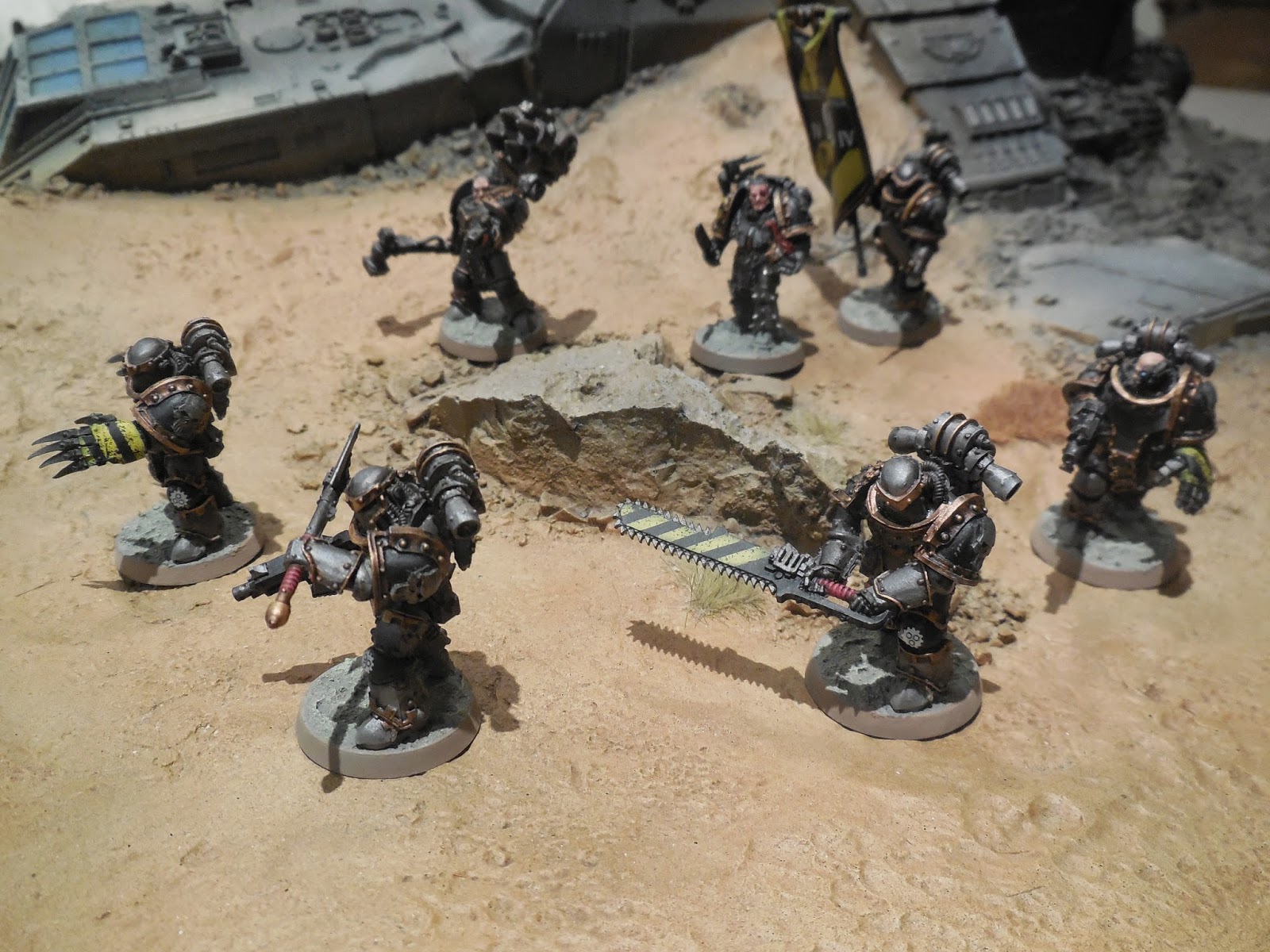 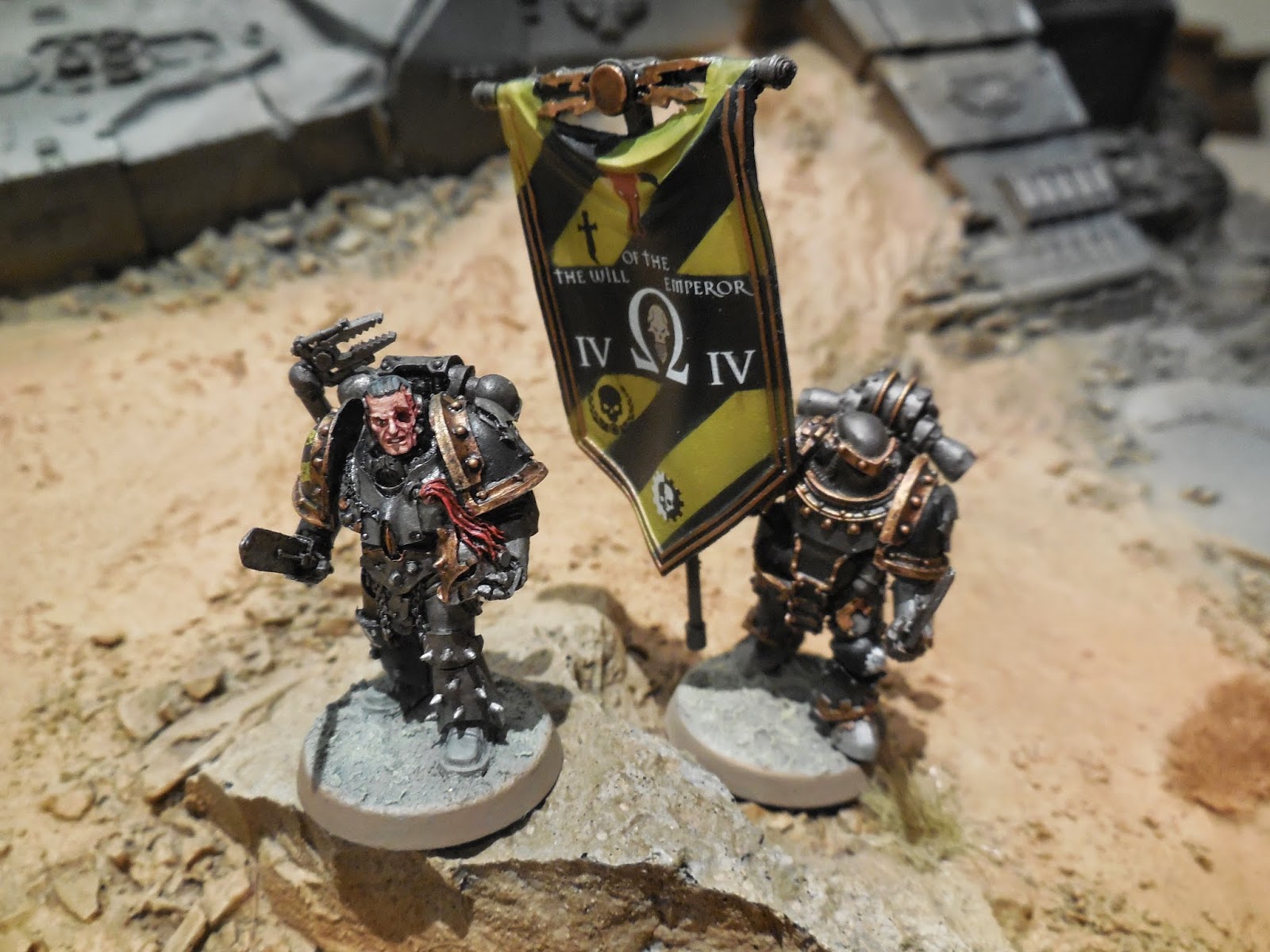 So there it is, 3 commanders, 3 different approaches. I have painted them for my table top gaming, so unlike my Primarchs, the colours are a bit more basic, and the glare of my lighting doesn't help the photos too much, but I hope you enjoy them anyway. As always, I kept the Hazard Stripes to a minimum, in only one place on the armour.

If you haven't seen it yet, check out Keepy's list from earlier today, he would love any feedback about how he is a cheesy jerk. Thanks for looking,