G'day folks, I'm here today with a little bit of a wordy article. I thought it would be nice to take the opportunity to discuss your phone and internet plan and how we can best optomi-

Wait. That's not this page.

Ok, so if you're here, the title interested you in some way, my opening line made you roll your eyes, yet somehow you have stayed for this long. The point today is about army structure, and how people select their forces. Several times now, we here at the blog have given advice about how to make a strong list, or how to best utilize a specific unit. Today is all about how to reconcile your chosen force with things like units, and specialisations such as Rites of War. 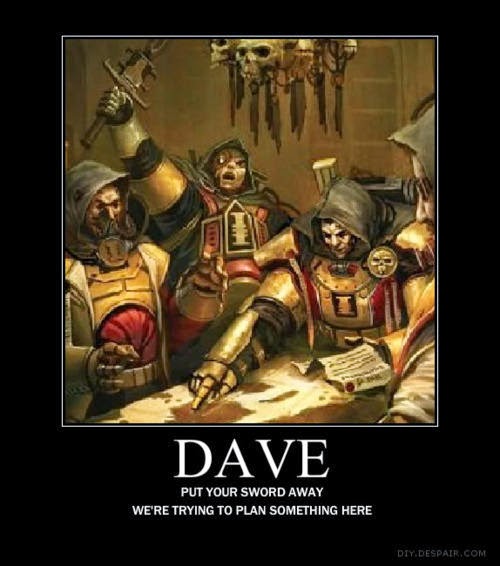 When you initially selected your force, something about that force appealed to you. Maybe you picked World Eaters because you have been brainwashed into how cool they are by ADB, and that's cool, that's a valid reason, I would never speak ill of the man, he writes great Heresy fluff. Maybe you're a blue-vein eating dairy powered cheese monger who wants to win every game, make kids cry and grown nerds rage, so you picked Solar Auxillia (or potentially you're THAT GUY and you keep bringing Eldar along and suggesting people play them in 30k). Maybe you just like the colour scheme of a certain army. In any case, these are all valid reasons, in my humble opinion.

At the end of the day, you have to pick something you like, and if you're not enjoying it, maybe try something different. I know quite a few guys who enjoy 30k, love the hobby, but after getting into a force, they drop it after a few tanks and infantry units and move on to something that better suits them. If you ask me, that's a very rational approach, if you can afford it.

Problem is, what comes next? 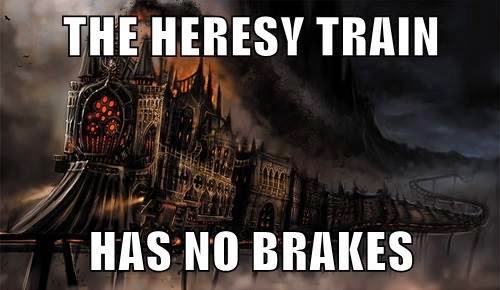 What units? What Rite of War?

This is often the first slipping point. In several articles, we have discussed the tactics that might lead you to select something, but for me, I have a few little things going on in my head, they are subjective thoughts, and by no means are they universal to any players;

This is the first thing I think of, will not just me, but my opponent enjoy playing the game? I ended up at a tournament facing off against my great mate Deano a couple of years back, my Raven Guard 40k army full of storm eagles, whirlwinds and template weapons went up against an ork foot-horde with only a pair of Dakka Jets and some Kans to stop me. Long short of it was, it wasn't fun. That's something I have actively tried to avoid ever since, now I never load up on a prevalence of one weapon or unit type. (Fun fact, mid-game the power cut out in the facility. The Raven Guard vanished from the table, but the orks glowed in the dark...)

-Will the units I take represent my army the way I think it should?

When I brought Raven Guard, I didn't buy tanks. I didn't buy bulk terminators. I brought lots of tactical marines, jump infantry/jetbikes, I brought a pair of Storm Eagles first order. I brought these units because to me, that was Raven Guard. That said, to another player, they might want to take bulk terminators, reasoning that there was a cadre within the Raven Guard dedicated to doing terminator stuff. You know what? We're both right. Pick the army that suits your ideas for the force.

-Will it be competitive?

If you take a Rite of War, and select units designed for use with that Rite of War, AND your army gives buffs to those units, then you're probably going to be competitive. Not always, but in most cases. In any case, this is one of the lesser worries of mine when selecting a force, I just pick a unit, like a devestator squad for my Iron Warriors, and I know that since they don't take moral tests from shooting, they are going to be a reliable fire support option in ranged combat. I don't need to look any further into it then that, the only exception being when I want to plug the missing gaps in my army, such as a lack of AP2, or a lack of anti-tank, but even then, I apply rules 1 and 2 above to my selection.

-What is the aim of my gaming with this force?

If you're a hardcore tournament player, list tailoring will be a big factor for you. I haven't really seen a lot of it in 30k, but some people are running very nasty lists that just suck the fun out of the room like a black hole. This said, if you're a beer and pretzels gamer, hanging out in the garage and playing on a home made mdf board, you probably just want to throw together a list that just meets the points, and allow the shenanigans to happen. Either way, this is a consideration when you pick the force. If you want to go to a tournament and take a fun and fluffy army, that's fine, but I will throw a little astrix up: *If you are going to a non-comp tournament where people are knowingly running massed cheese, then you can't expect a win, nor can you expect some fun games. It's not to say you can't have fun, but rather that people take losing badly, and it is something to be aware of. 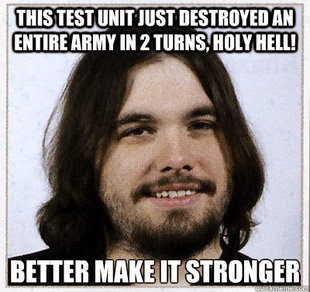 This was a wordy article, I know, I'm sorry about that, but overall, I think I condensed it down to bearable levels. If you have any thoughts, or questions, or even if you'd like to point out everything wrong about me and how I ruin everything I touch, then please feel free to comment below. I love feedback and interaction, it's the only human attention I get.