Hey guys, I want to talk today about hobby criticism. What do I mean by this? Well, when Games Workshop, Forge World, Mantic etc etc release a new product, often you have a smaller group of people who are unhappy, for whatever reason. This group are the critics, and they often get berated for their opinion (I should know, when it comes to GW, especially their books, I'm one of them).

Well, I'm here today to tell you that these people deserve their say, and I'll also tell you why with a boring wall of text.

When something is released and it isn't up to a pre-established standard, it flies in the face of said standard, it's a cynical cash grab, or maybe poorly done/half assed, it needs to be called out. The process of criticism is what helps people to decide if a product is worth their time, and it can also provide valuable feedback to the product manufacturer. Want to know where this is used all the time?

-Video Games. This one is huge, take a look at the Xbox One, the console was set to be released with a heap of undesirable features and was called out for it. Microsoft changed their tune, and released the console with similar functions to the PS4 and much less dickery.

-Movies: Sometimes, a movie comes out and it just plain sucks. Ok, it happens a lot more than sometimes, but the reviewers will give you an opinion, and you can make up your mind prior to going and seeing it. Since going to the cinemas costs as much as a new car, especially for those with kids, it's important to try and pick a good movie when you do go.

-Restaurants and food outlets. We have all been to that one place that gives you food poisoning, and you tell all your friends and family never to go there.

-TV shows: Just like movies, do you think Game of Thrones would have taken off if it sucked? Probably, but it wouldn't have had the same impact in pop culture.

As you can see, criticism is a valuable tool, specifically a review. IT can be very useful, but why is it frowned upon in our tabletop hobbies?

Angry Sharks Are Swimming In My Head!

This hobby means a lot to those in it. Just getting into a debate about which Primarch is best will suck up ones afternoon in a neverending Facebook thread, I know, I've been there. So when someone turns around and says "that new Primarch sculpt is lazy and a resculpt of this Primarch" people get VERY upset. However, here is where I will get up on my high horse: They have no right, it's a perfectly valid opinion.

The wargaming community as a whole cannot take criticism of a product. Even if in time they come to hate something, they are reluctant to discuss its faults. The classic example of fail I go to is the Chaos Space Marine 6th Ed codex. It failed almost from the outset, but players defended it. 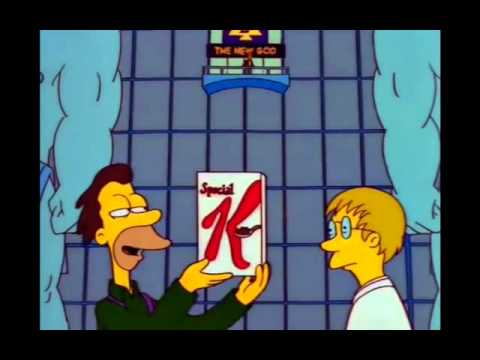 It's great, but it's no bowl of Special K!

However, when a cheese dex drops, people are all to happy to point it out and exploit it. Then, they will sit there and defend it to the bitter end as 'fluffy' and 'balanced' *cough* Eldar *cough*. This is a perfect example of people defending shoddy work for two (three) different reasons:

1) They don't want to be let down. Again, as a CSM player, I have been let down for years now, and I can sympathise with this feeling, believe me.

2) They don't want to be known as 'that guy' or have their codex known as the cheesey one. This is often because they have collected an army for years, for example, and now people are unfairly calling them a cheese monger who jumped on the bandwagon.

3) The mystery third reason: people who are fanbois who cannot comprehend that GW/FW can be wrong, either in the design, release, implementation etc. I call this 'Phantom Menace Syndrome'

This refers to wanting something so bad and for so long that when it is finally released, even if it sucks you convince yourself that it doesn't suck. "Oh, it had a kid in it... and some weird geisha chick... that's cool I guess... like, I think it had a cool lightsabre duel?". This is Phantom Menace Syndrome, the people who are waiting on the Thousand Sons for 30k will probably have the worst case of this, as it's something that has taken Forge World literally years to work on. Hopes are high, and failure will burn a lot of people if it occurs.

-GW's prices. We all know they make no sense, but somewhere out there, we have all met some guy who defends them tooth and nail.
-Poorly written rules. Every time anything comes out, people will have an opinion either for or against, but no matter how many people choose one side, one person will always sit on the other side.
-New kits. Sometimes a kit comes out which has people groan at the suck factor. Eventually they grow on us, but usually in a grudging way and only matched by having some kick ass rules to make it palatable, aka Logan's Sleigh, Baby Carriers, Mutilators, Helldrakes...
-This: 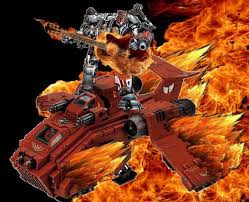 So derptastic that I weep...

When you next see someone 'bagging out' a product, don't just call them that guy. Give it a chance, see if what they have to say is logical, and if it is, take it on board. This doesn't mean you have to change your opinion, it simply means keep it in the back of your mind. At the same time, if they seem to be spewing mindless hate "these rules suck because I don't like them" well, treat them as a bit delusional. Don't bag them out, because it will turn into a shitstorm so fast, and it will suck you up.

I hope you got something out of this article, if you did/didn't let me know in the comments, I encourage feedback and the chance to explain myself/hear other views on the subject. Debate is healthy, and I encourage it.