The Leviathan Siege Dreadnought. It's new. It looks cool. But is it worthit? Macca here, and today we take a look at the Leviathan, the newest Dreadnought from Forge World. Now, I will preface this article with the fact that 'worthit' is a subjective term. Rule of Cool always trumps in-game performance, and I do think this thing looks awesome, but we are going to look at this walker from a gaming perspective. 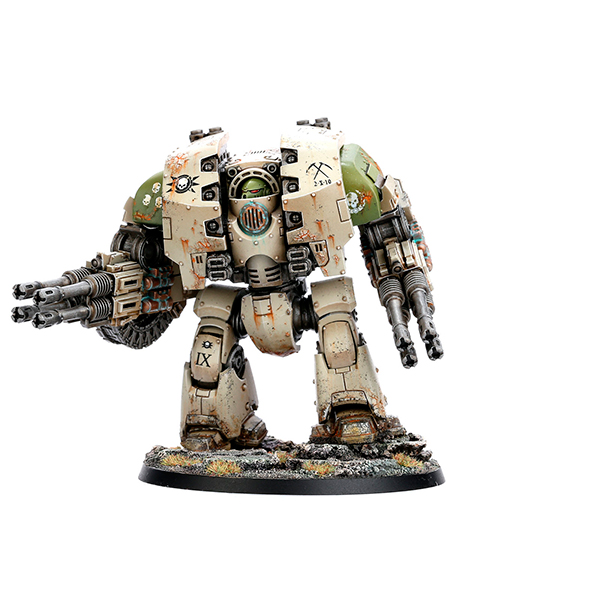 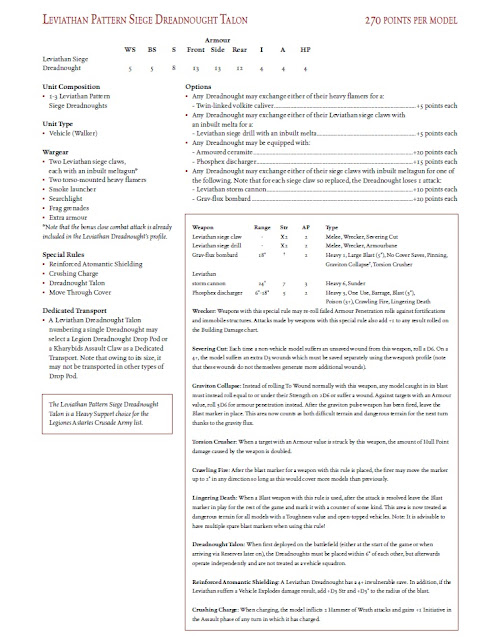 Ok, so where do we start? Cost. This thing costs a bucket load of points, more than a Land Raider, stock it's only 100 points less than an Imperial Knight! But what about with weapons and upgrades?

Well... kitted out for dakka, with two grav-bombards and you're looking at a unit costing 310 points! That's without Armoured Ceramite, a Phosphex Discharger or Volkites. This unit with all those upgrades costs 350 points! That's just 25 points less than a Knight Paladin! Holy crap! 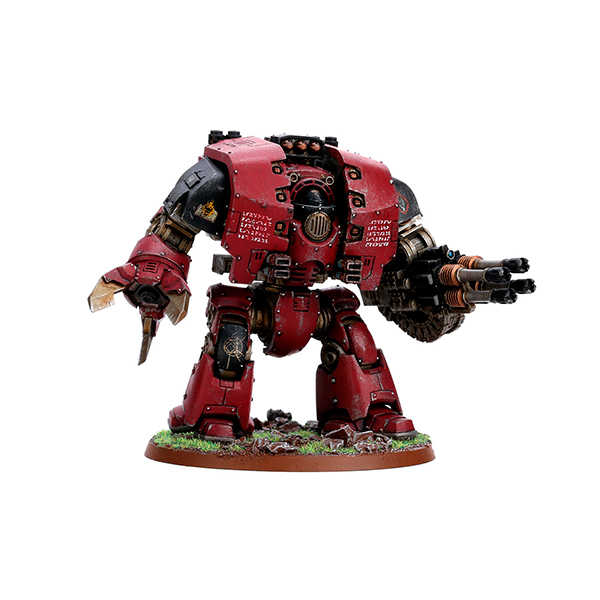 Weapon Stats and Pros/Cons:
Ok, ok, we might be overreacting, but lets look at the weapons themselves and the applications.

-Leviathan siege claw: This weapon is my chosen load out. A pair of these on the dreadnought and you have a credible Primarch killer, and, you can get this dread at just 270 points as it's the stock standard type. (each wound causes D3 wounds, and with 6 attacks on the charge, that's good odds)

-Leviathan siege drill: Awesome weapon for punching the living shit out of fortifications and tanks.

-Grav-flux bombard: This weapon looks awesome on the surface. It's AP2, it has a large blast, it's pinning, it ignores cover, and toughness tests taken against it are on 2D6! Wow, most marines will fail by 3 on average! It also has anti tank ability, with 3D6 armour penetration and causes an extra Hull Point of damage with each successful HP taken off! So what are the cons? Well, for a start, it's only 18" in range. You want to fire it into the centre of an enemy unit to get the most out of the large blast, but that on average will mean you need to be 3" closer. Now who wants their 310 point minimum dakka beast just 15" away from their enemy? (we are talking in isolation here, not with the Napoleon of Warhammer running this beast, so please, no comments about 'using terrain' and 'generalship' PLEASE) You will get charged after you fire your first salvo, even if it's by a tar-pit unit. Also, 3D6 armour pen SUCKS. On average, that's 10-11. That isn't doing jack to anything tougher than a Rhino. This weapon is great if you can dump it onto a big unit of deep-struck Terminators, that's about it.

-Leviathan storm cannon: The best ranged weapon by far on this guy. 24" range gives you some safe range to play with, it's strength 7 with sunder, so awesome for shorter ranged anti-medium tank, and it's ap3 with 6 shots per gun, so it will wipe tactical squads as fast as or faster than the Grav-bombard, AND for half the cost.

-Phosphex discharger: This weapon is similar to the Rad Missile Launcher on Legion Destroyers, with 3 shots shooting small blasts with the barrage rule. Downsides? range is between 6" and 18", and the thing is one use only. It's like an anti-infantry hunter killer I suppose, just far far more likely to get a few kills.

-Twin Volkite Culverin: reliable on a Dakka Platform, to be sure. For overwatch and anti-militia/Solar, I'd personally keep the Heavy Flamers.

If you want to run this dreadnought, the key with it is delivery. You want to earn the points back, and the minimum way of doing that is killing at least two tactical squads. Now, to get close enough with most of the weapons on this, you either want to deep-strike in a Dreadnought Drop Pod or Kharibdys Assault Claw. Here is where it gets murky. These vehicles can increase the overall cost of this unit immensely. The Kharibdys is a good choice for the Talon, as you can put multiple Dreads into play at once, but that unit would be around 800 POINTS!!

My personal choice would be to drop Dreadnought Drop pods with these guys within. I'd also rock the cheapest loadout possible, with either claws or drills, aiming on distracting my enemy with the intimidation factor and hoping to draw some fire off the rest of my army. Since I'm Iron Warriors, mine would have extra-armour, so that's also a bonus.

This dreadnought is 100 points more than a Contemptor. The combat weapons are individually better, but the secondary armaments are worse, no grav-guns, plasma-blasters or melta-guns here. The ranged weaponry is universally stronger, but also much shorter in range. It also lacks the Interceptor and Skyfire shenanigans of the Contemptor. Overall, I'd have to say that everything this Leviathan Dreadnought does, a Contemptor (or almost even two Contemptors for the same cost!) can do better. 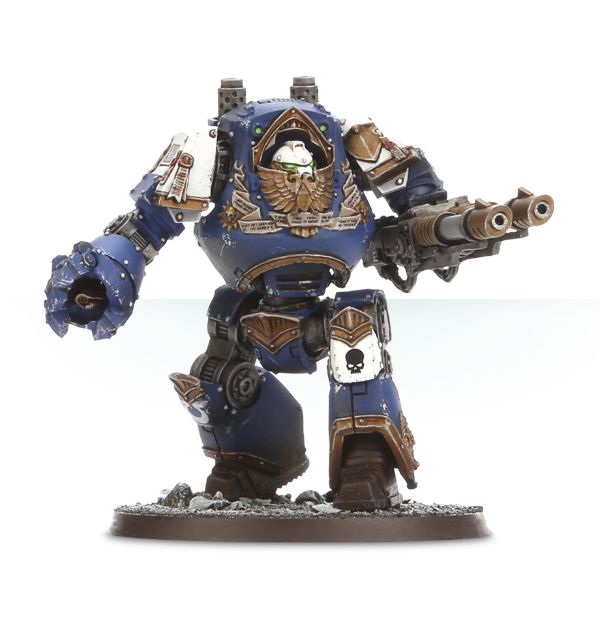 Felix, Spraggy and myself spent a few hours talking about this unit when it first dropped, and we came to many of these conclusions in that conversation. I'd like to quickly take a second to thank them for their input, they are both very talented guys and understand the game as well as myself or better.

We wanted this dreadnought to shine, but at the end of the day, it doesn't. It's too expensive, too big, and too poorly armed (6" extra range here or there would be amazing). This is a display-shelf miniature, or an awesome Rule of Cool centerpiece walker for your army. I don't want to discourage people from buying it or fielding it, as I said, I think it's a really cool miniature, just it's.... 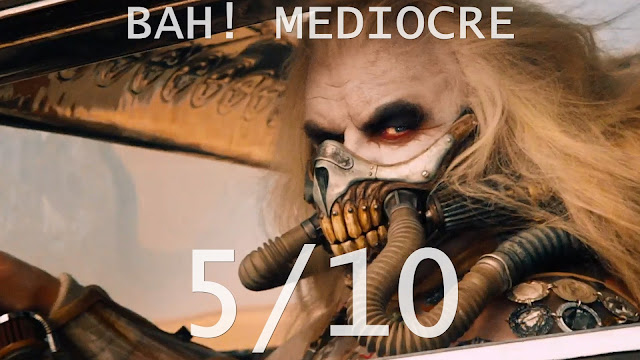 (please forgive the grammatical errors, they are not deliberate, Blogger is having a spaz and the the code is going insane inserting jumps and breaks at will into the middle of words) ~Macca
Posted by Unknown at 12:09