G'day folks, Macca here with an update a long time in the making. Today I have for you the first playable Mechanicum forces from Calleb Decima's force. The detachment uses a combination of the rules from book I and III, and it is very legal. The only downside is Decima himself hasn't arrived yet, so *unamed techpriest number 4400036827* is taking his place for now. 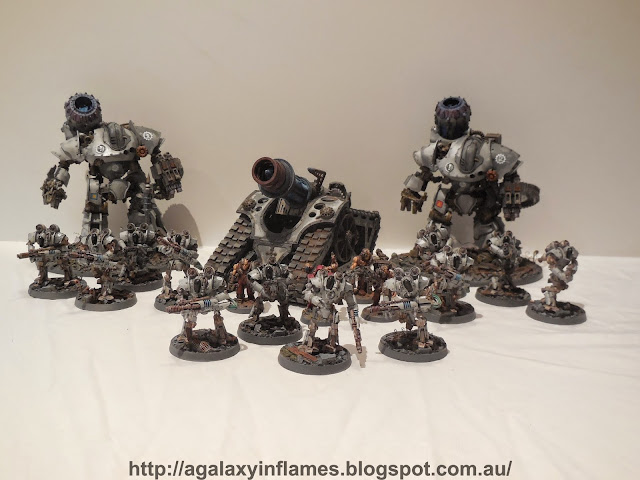 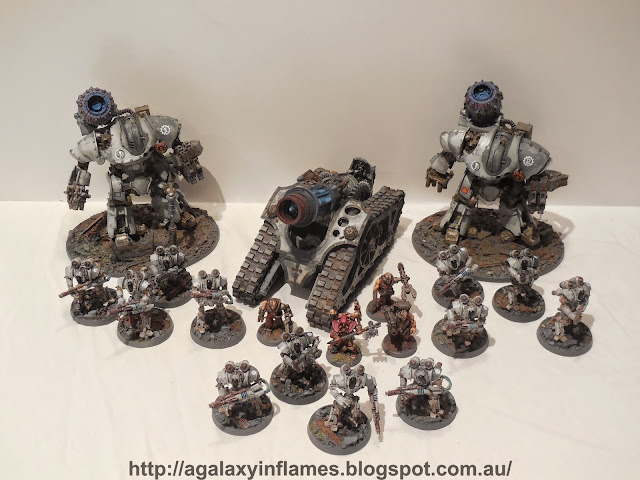 The colour scheme is supposed to represent burnt and battle damaged automata, to contrast with the rich reds and bronzes of most Mechanicum armies. Unfortunately with this exposure on the camera, it's quite hard to see the battle damage as pale silver on pale white does tend to blend. 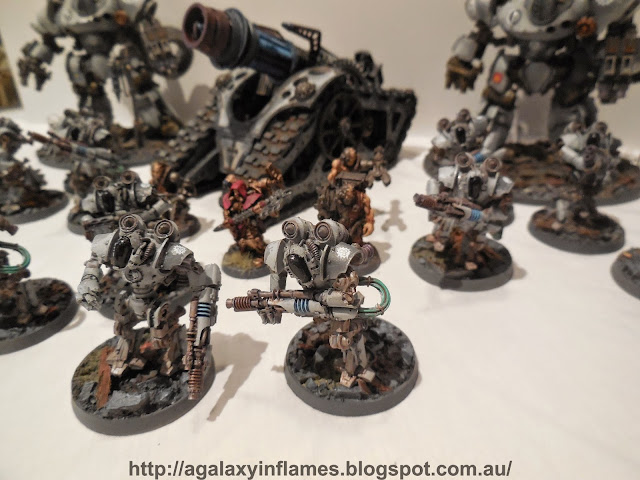 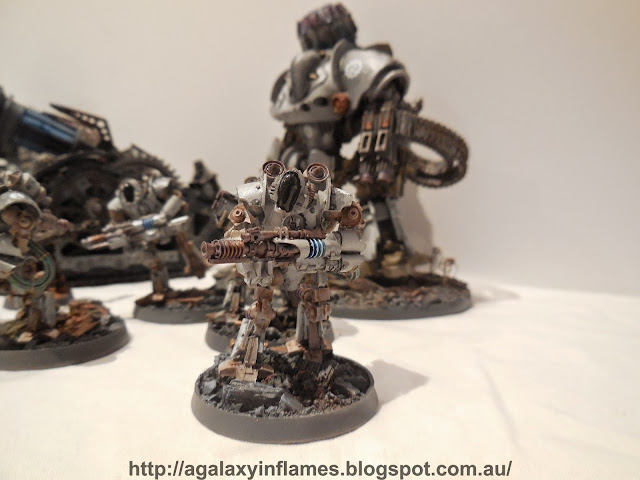 On this Thanatar, the damage is far easier to see. I am still undecided on if I will weather the decals, although I probably should for realisim... 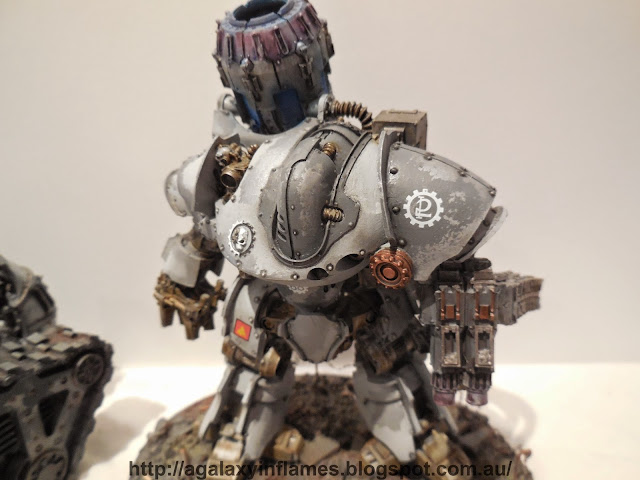 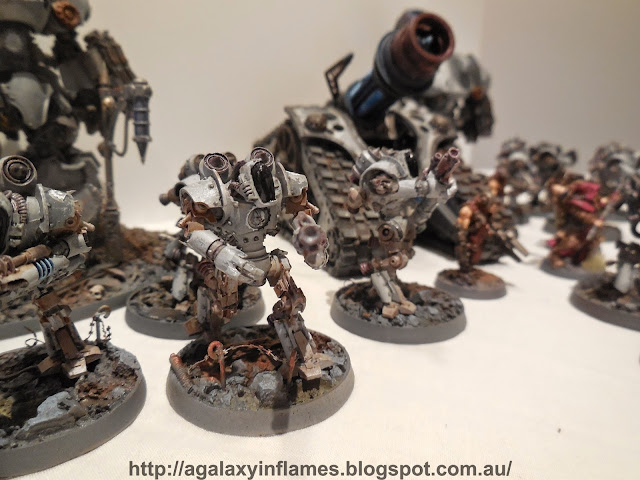 Every Thallax has the same hand-painted tarnished metal on their bodies, as well as heat-tempered engines and thrusters, with varying shades of blues and purples suggesting the heat they put out. 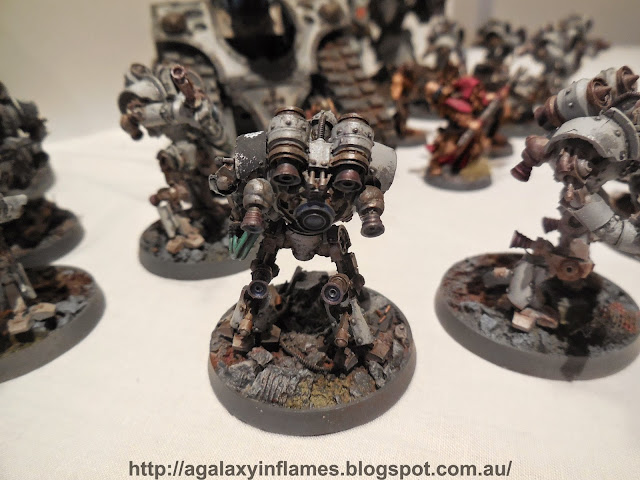 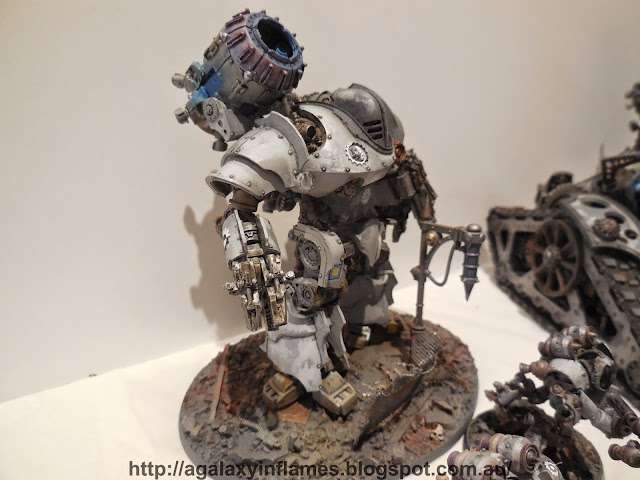 Believe it or not, this plasma mortar is mostly painted with washes, that's because I couldn't decide how I would get a glow effect. The base was laid down with an airbrush of Guilliman blue, then drybrushed a couple of times, and washed again. I think it's a neat effect. 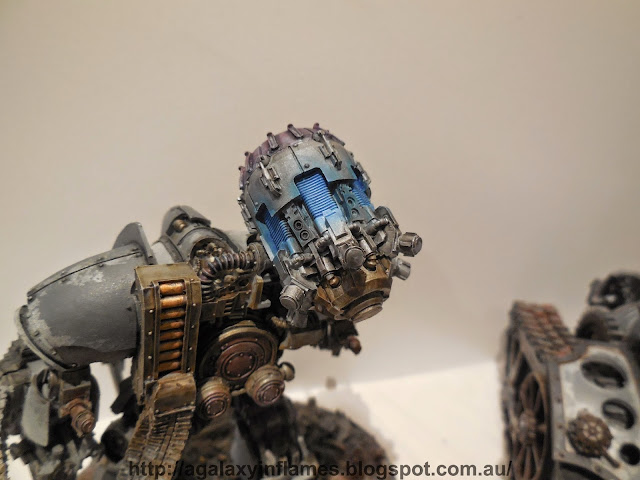 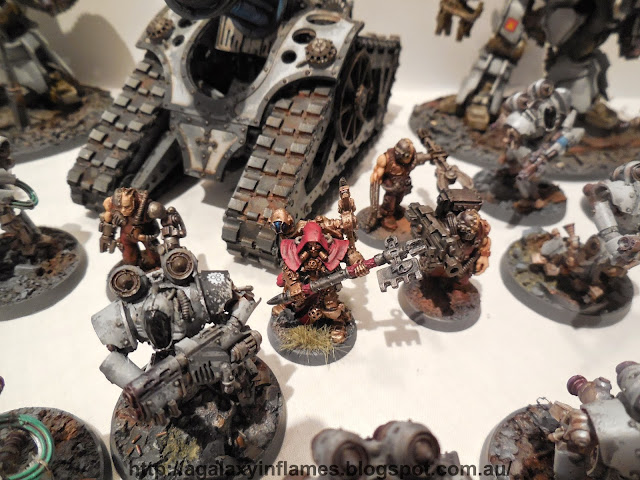 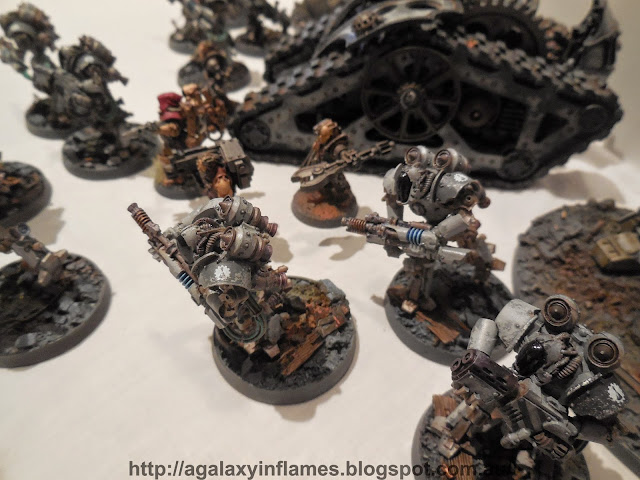 I just love the secret weapon bases, I have gone on and embellished them in order to help break them up, in this case I added shell casings, barbed wire etc. The tutorial on it can be found here. 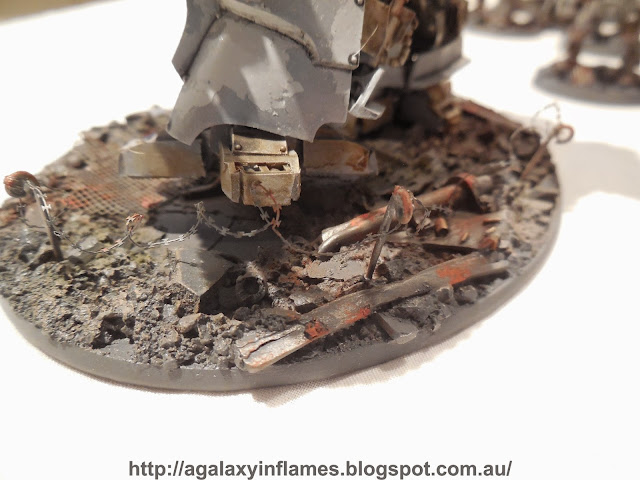 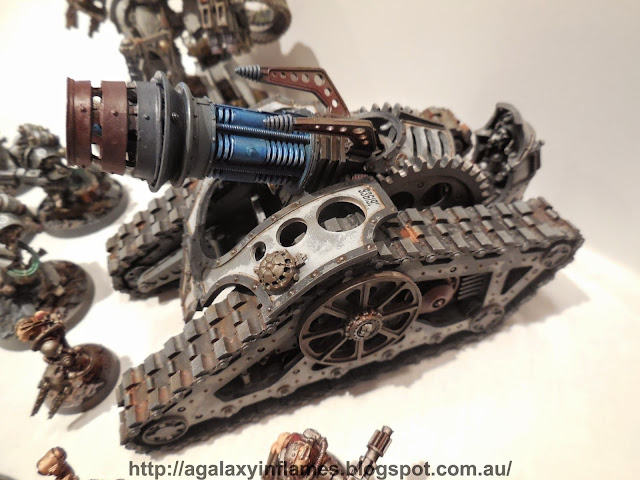 Of course, if you think the army lacks colour or power, as a mate Eddie said, "what about the knights?" Well, I have 3 of them so far, so that adds a teeny tiny tad more muscle to the army... because y'know, Thanatar and the Krios are sooooo terrible... 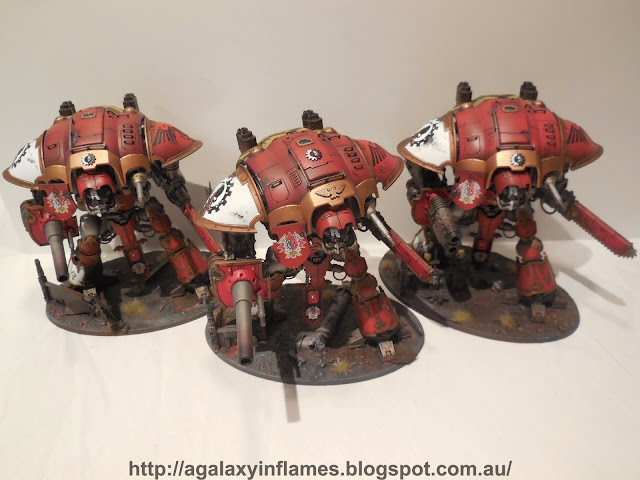 Lastly the objective markers are straight out of the packet from Secret Weapon Miniatures. They fit the feel of the army I think. 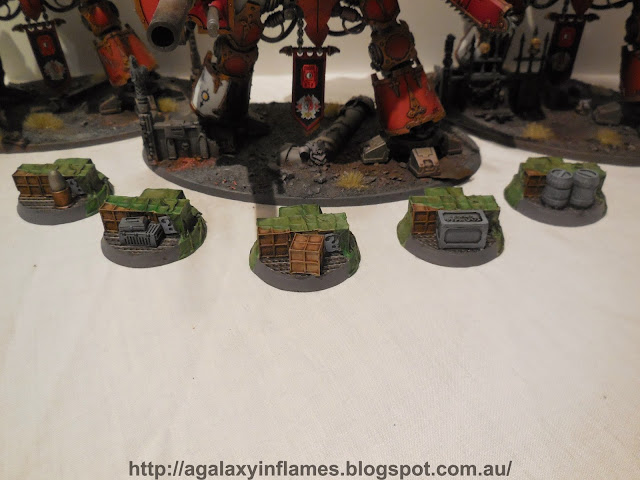 That's all for now, I hope you enjoyed seeing this army. If you have any suggestions on what you think I can improve, let me know in the comments below!