I know what you're all thinking: Three posts in three days from that asshole Macca. He was too busy to put anything up for a month, now he gives us 3 posts in 3 days. Yes, I'm as bad as BOLS for click-baiting sometimes.

But hey, at least I show what I promise?

So, what did I promise today? Converted Iron Havoks, that's what! Iron Within, Iron Without Brothers and Sisters. 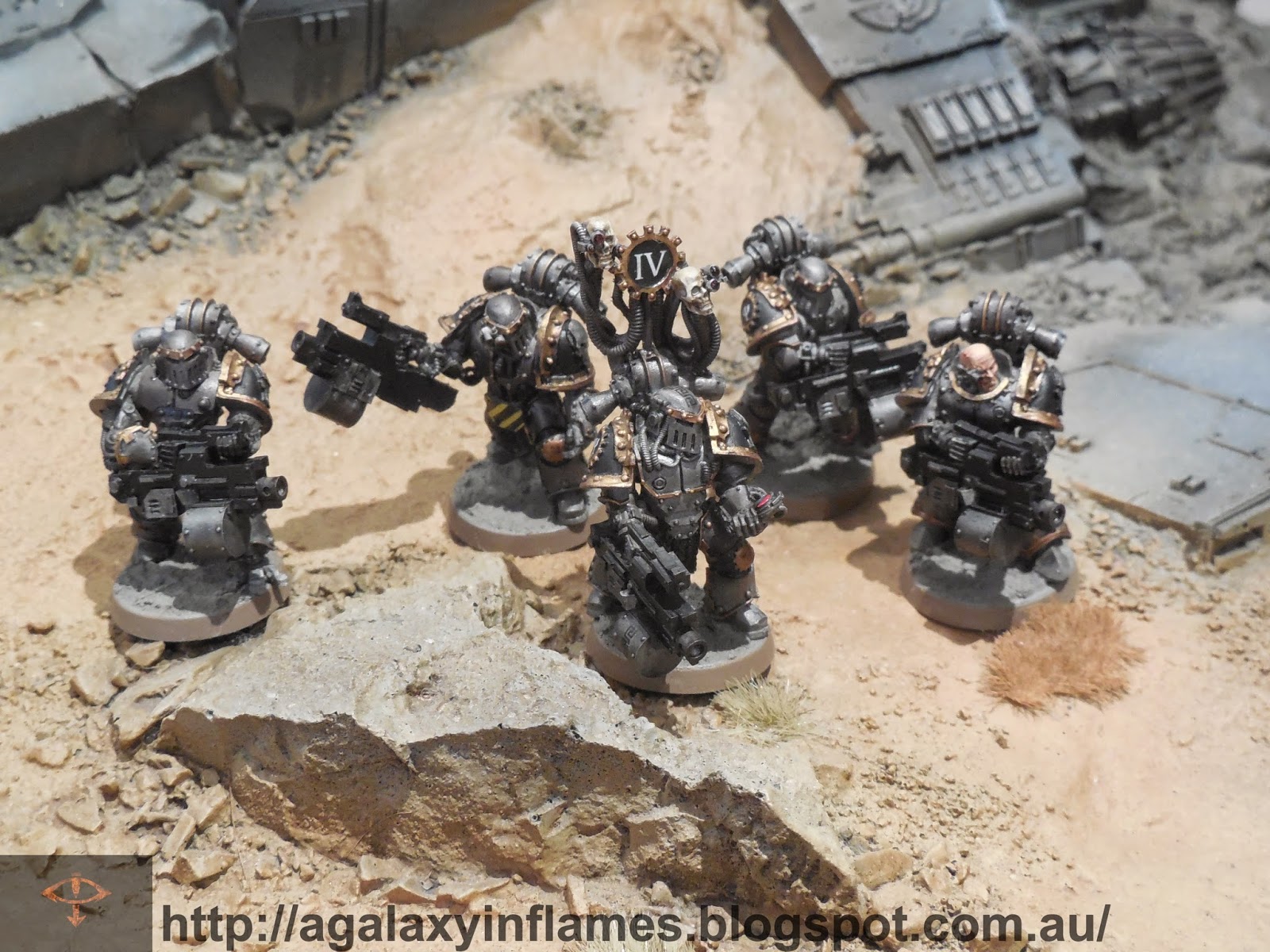 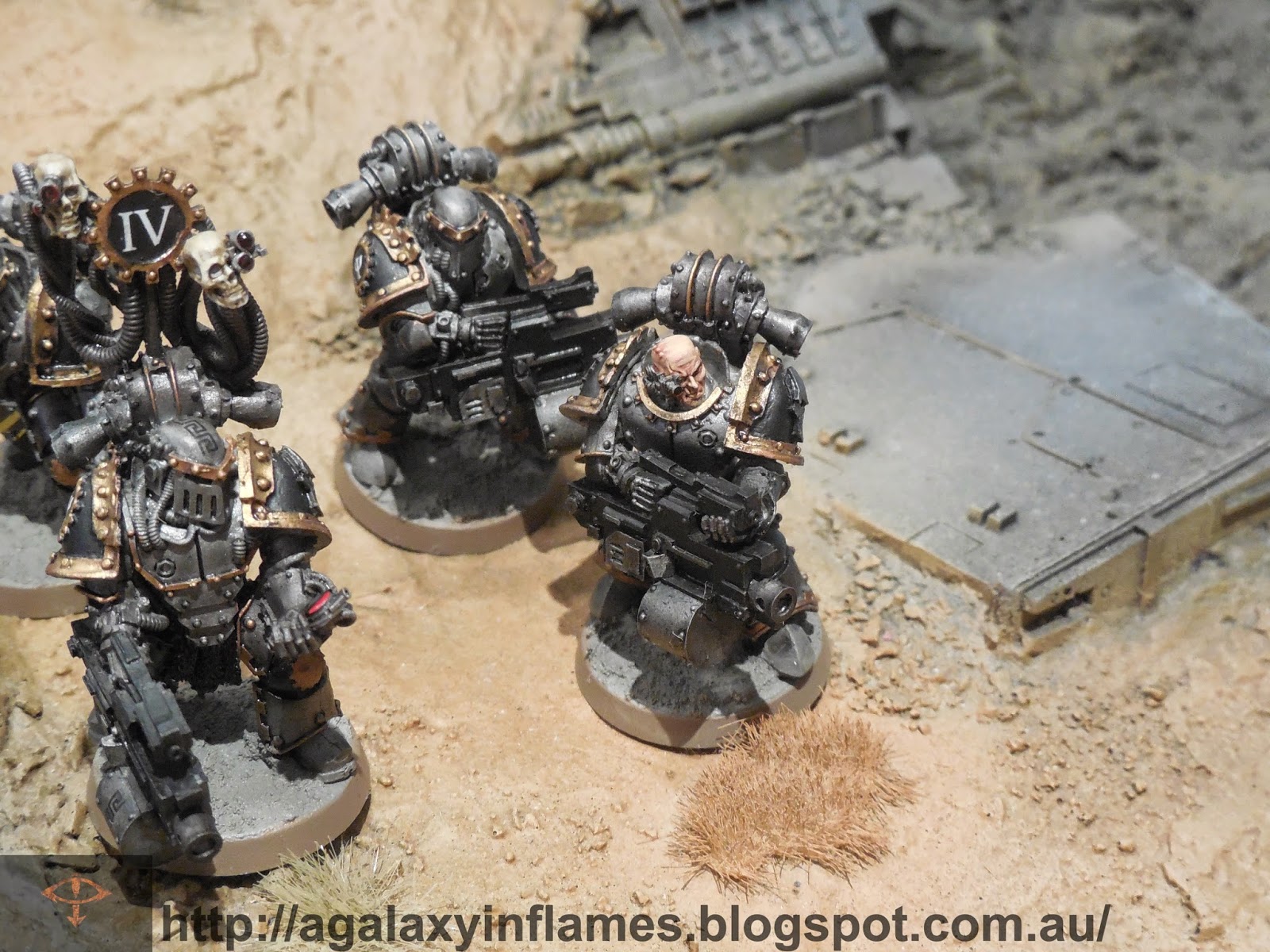 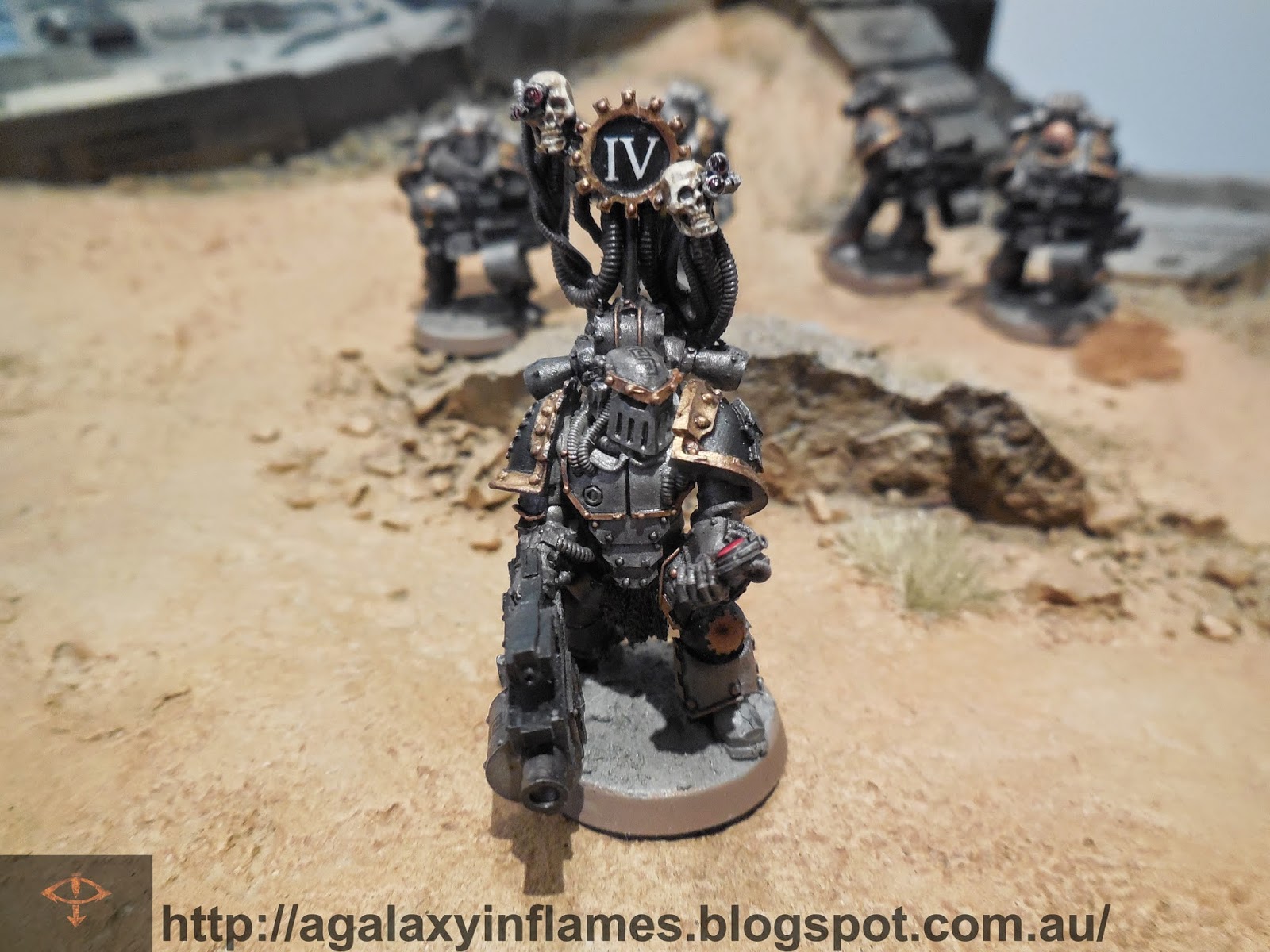 The shoulder marking is a nice simple one. Also note the pattern I applied to the drum mag on the heavy bolter, and on top of his helm in the next picture. 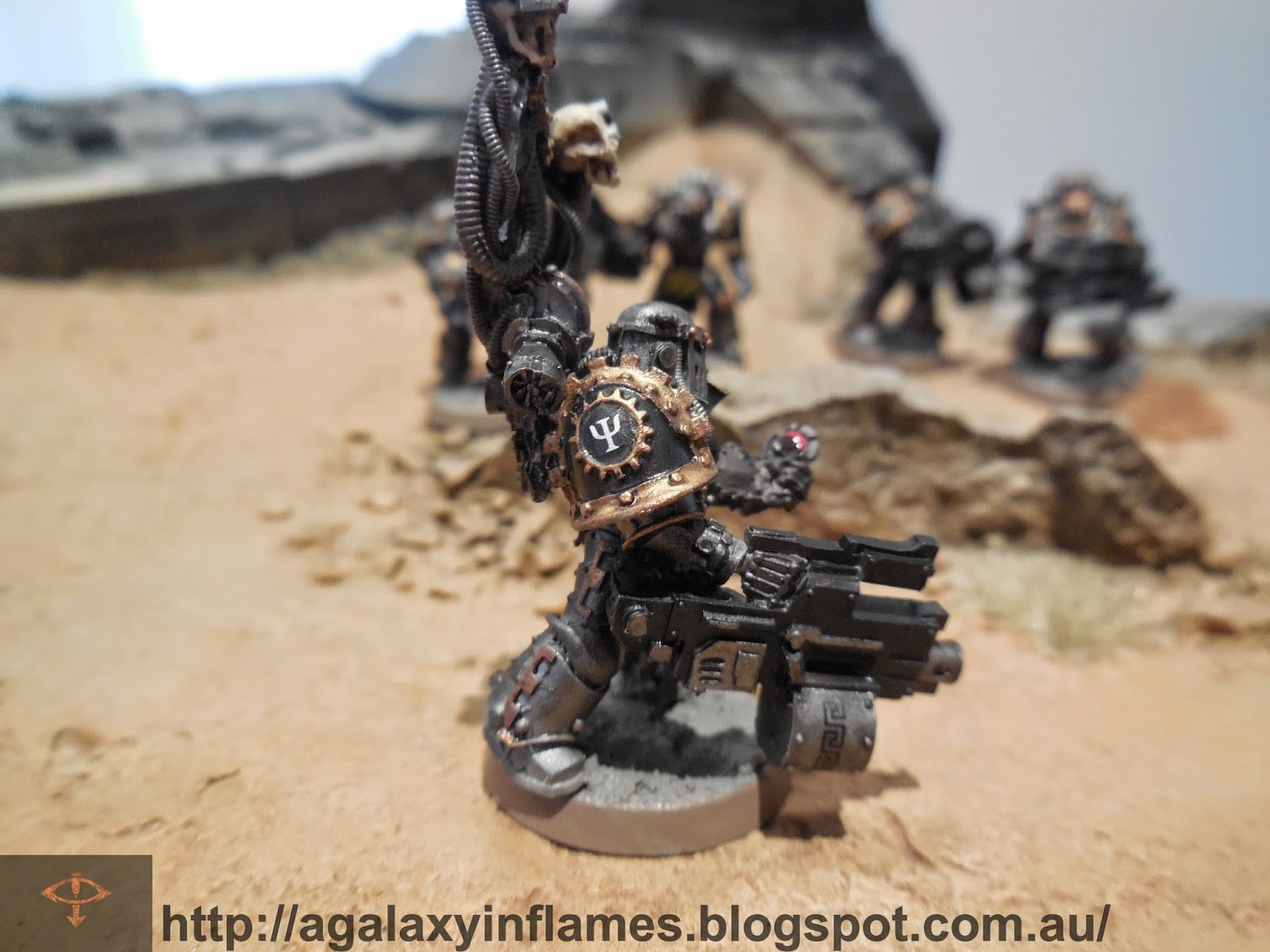 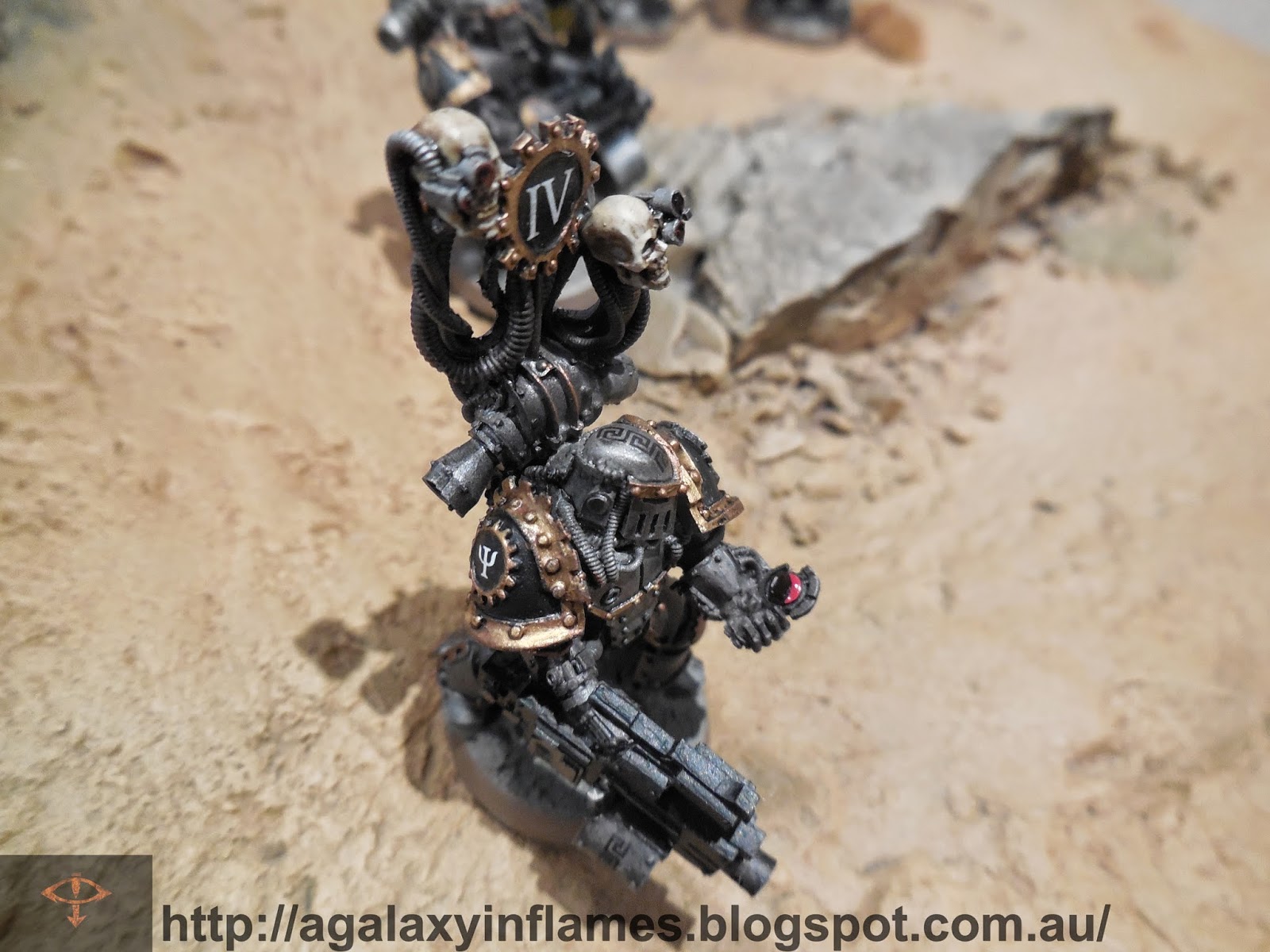 I have chosen to have very few minis in this army unhelmed so far. This is one of them, because I love this sculpt, it's perfectly detailed. 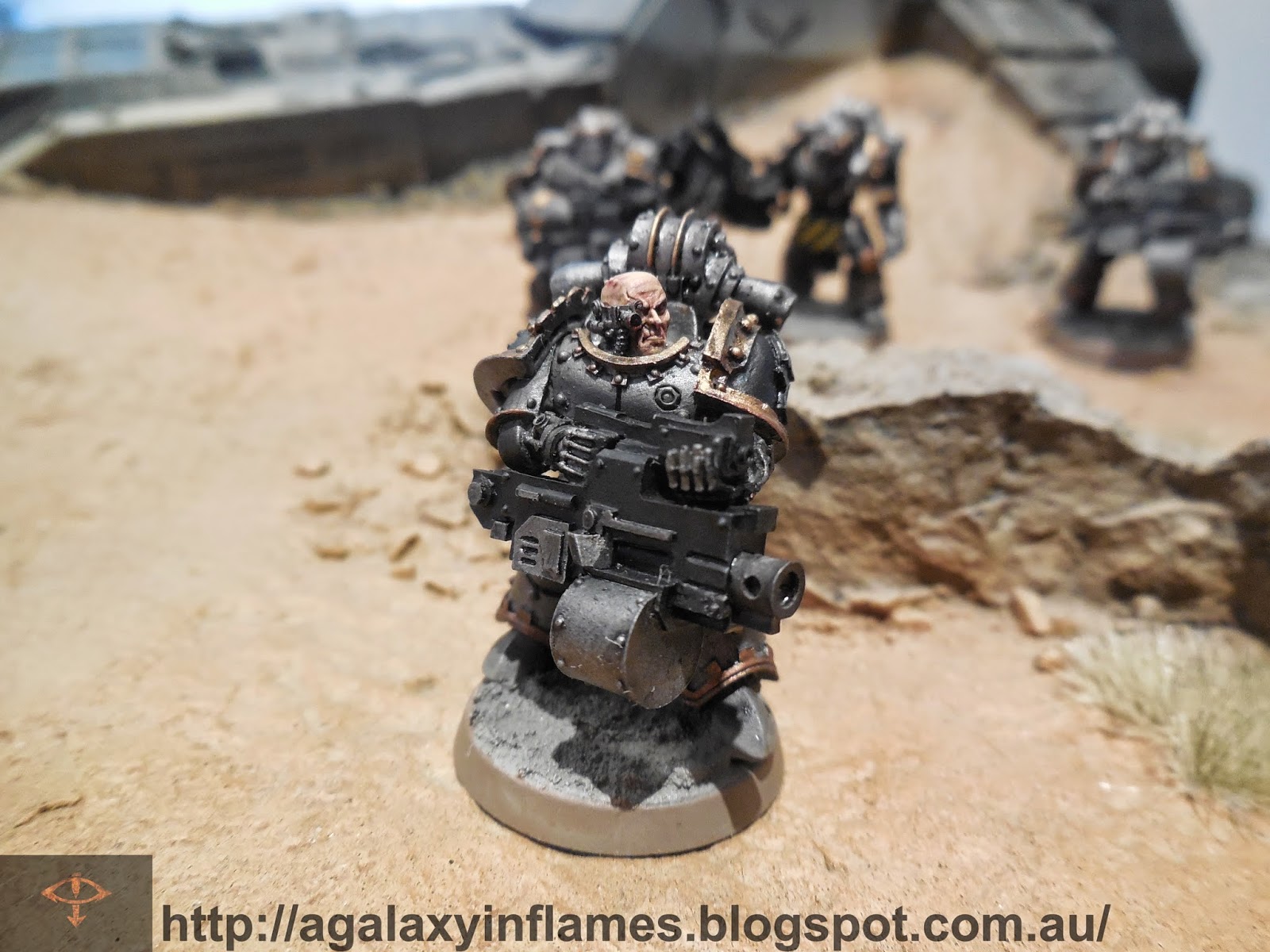 Believe it or not, this is the only member of the squad with some hazard stripe markings. I chose to keep them really tones down here, as the Iron Hands kit these minis are based on already has quite a lot of bling. 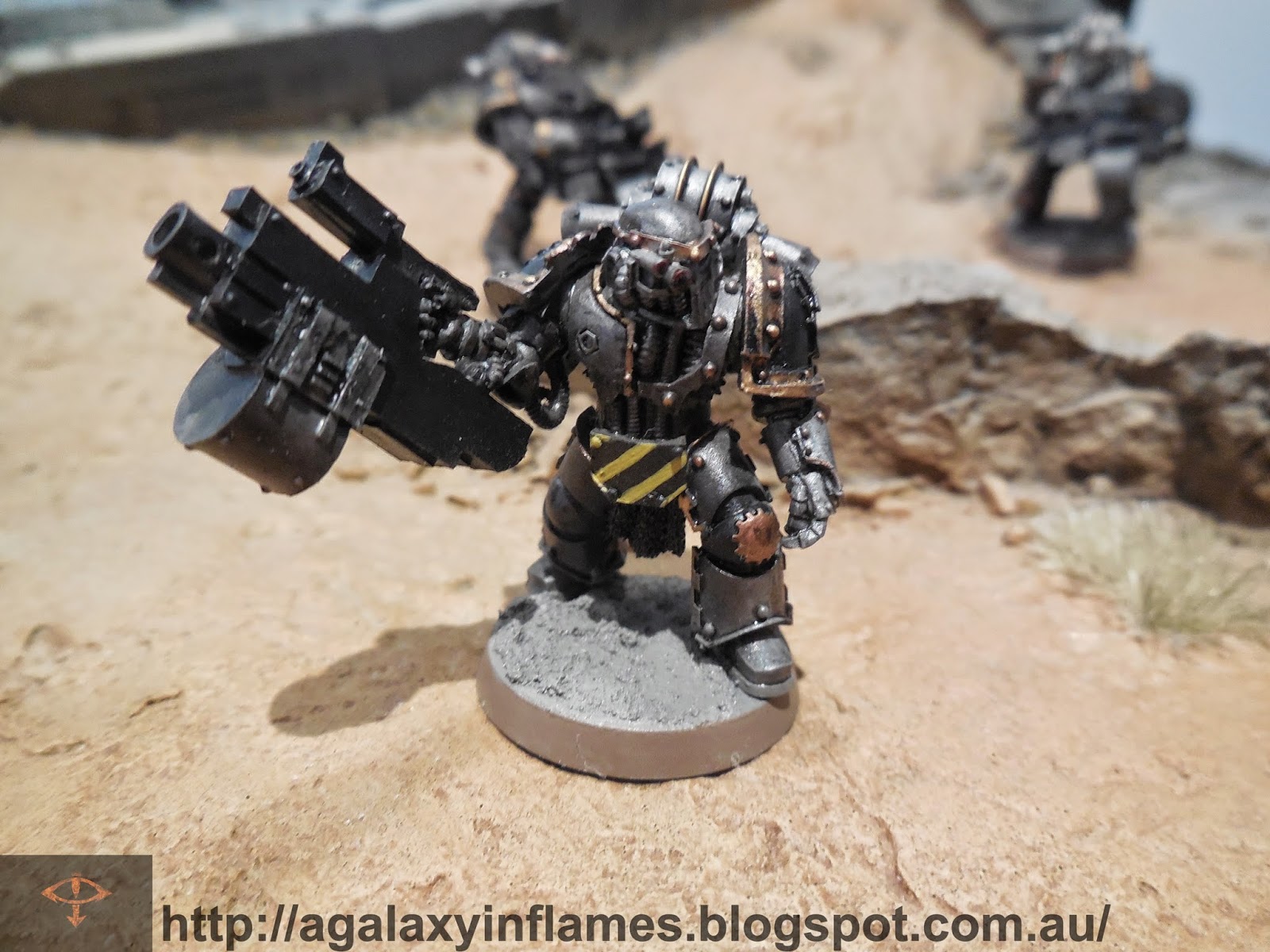 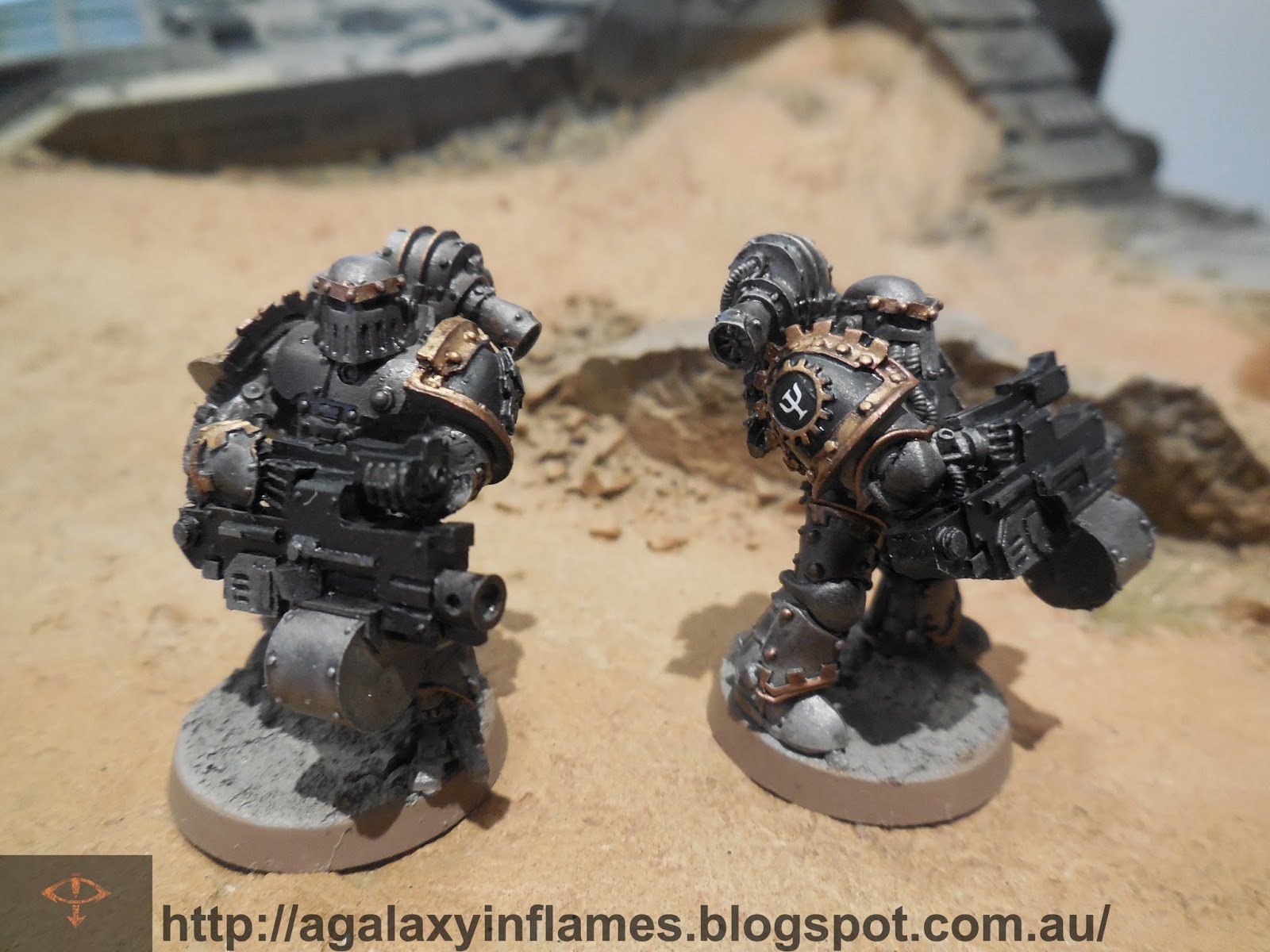 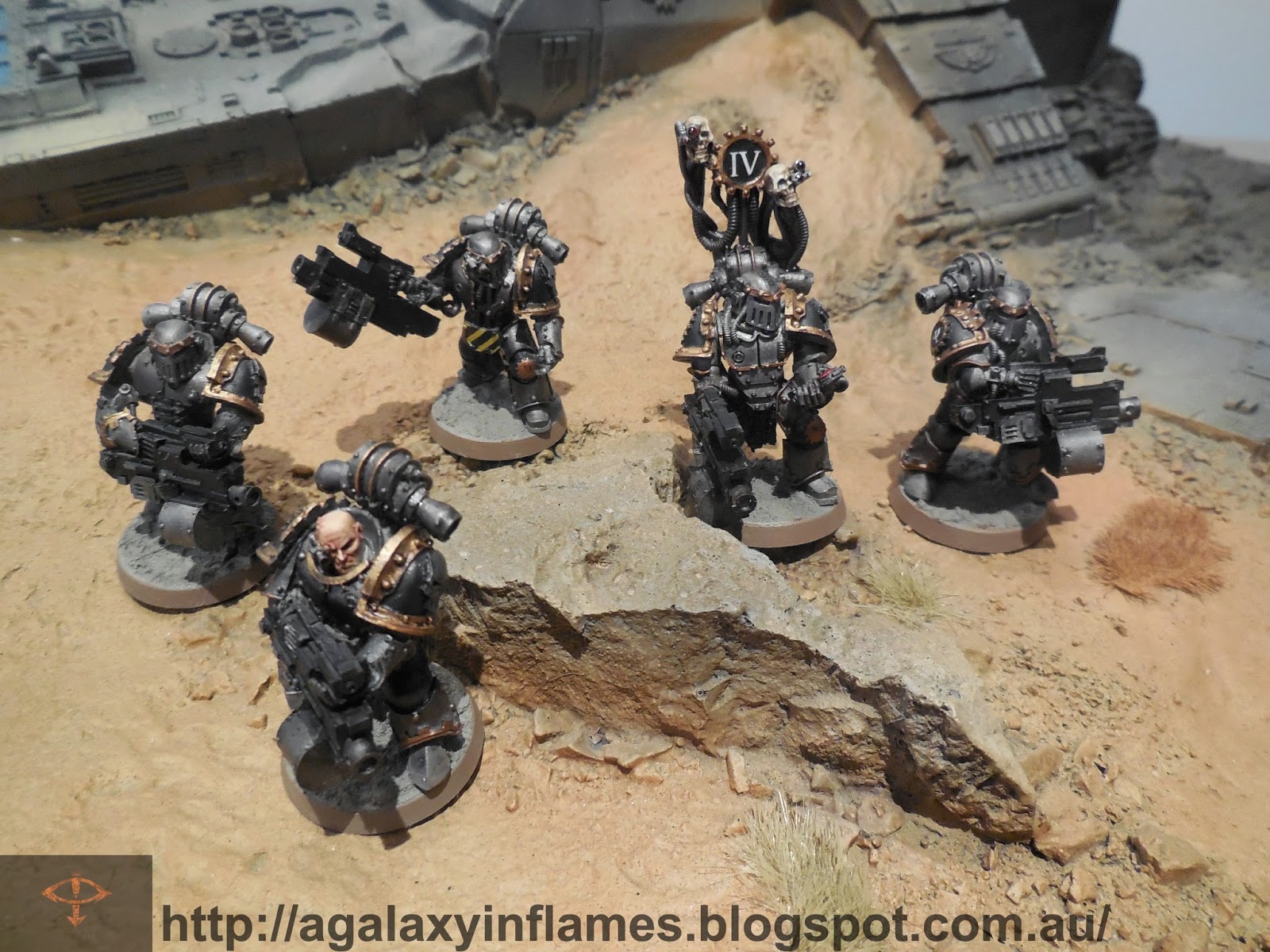 So there you have it. In game, this loadout is a bit meh. Their weapons cause cover saves taken against them to be at -1, however they also lose a point of ap for using shrapnel (pinning) rounds, making them kind redundant in this role. On the plus side, the unit has tank hunters, so against units like rhinos and skimmers, these guys may just pull off some kills.

Why might I use this unit if I am not a fan of them weapon-wise? Because I don't care. The rule of cool trumps tactical usability any day haha.

(For those who are curious, the bases are quite plain at the moment. Well, that's because this army is making the move to 32mm shortly)

Thanks for checking them out,