The Emperor's Children - Some support

Well the weekend is upon us and I'm sitting here drinking coffee and watching Thomas with my 4 year old (reckless I know) and I thought why not use the time to bang up another post for everyone!

For today I decided to show you guys one of my Mortis Contemptors and my Anvillus Pattern Dreadclaw..

I'll start with my Mortis. I took a single Mortis to a 2k tourney recently. I kitted it with dual twin linked Lascannons, though I magnetized the weapons so I can change it in the future for different load outs. I went with the Mortis for some anti flyer, although it turned out I didn't need anti flyer as no body took flyers LOL! 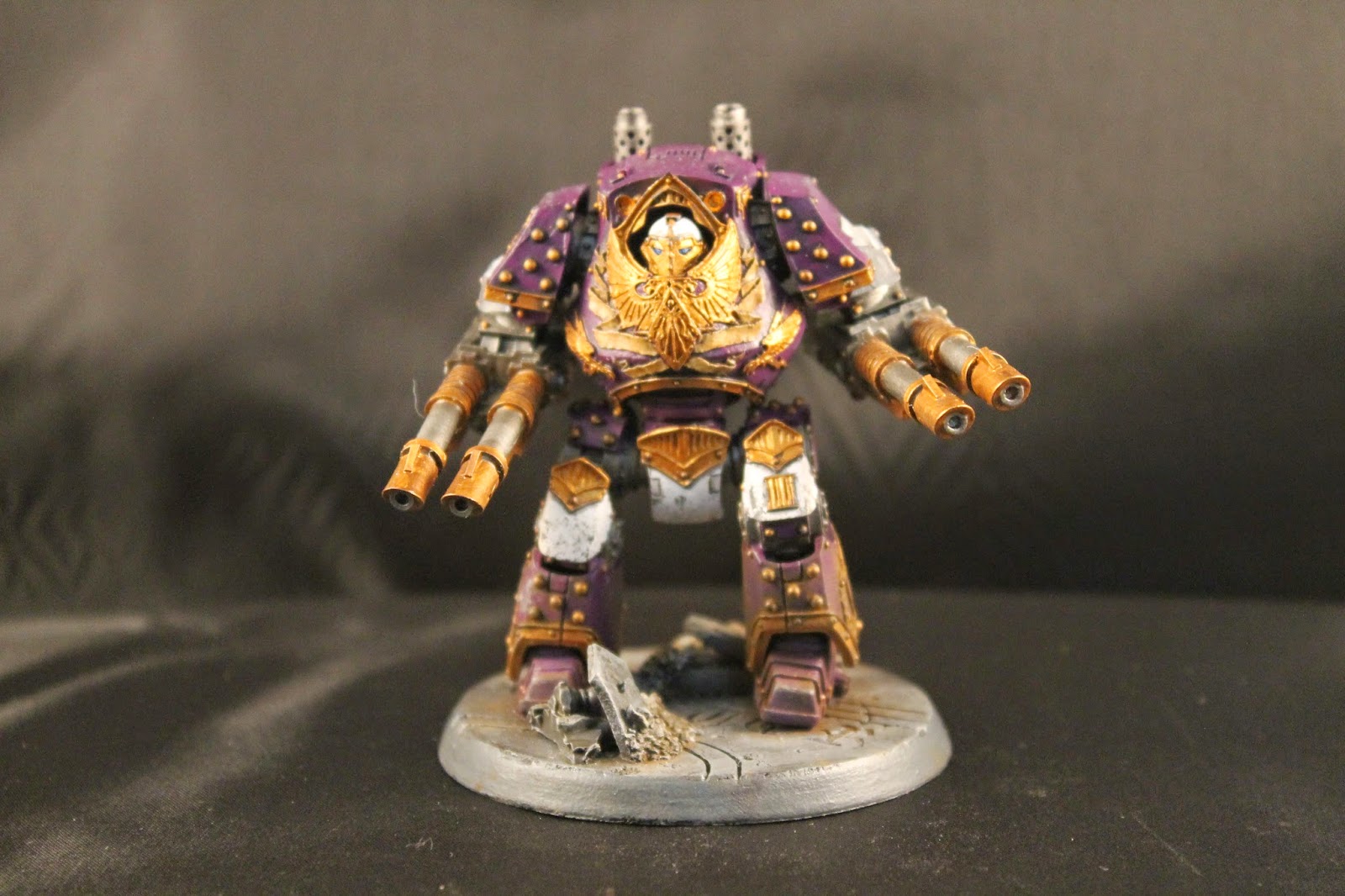 The colours I used are outlined in the following post http://agalaxyinflames.blogspot.com.au/2014/09/iii-legion-emperor-children-part-1.html though this time before I applied the Gehenna gold I firstly put a coat of Balthasar gold down which made the Gehenna nicer to work with and  better look afterwards. 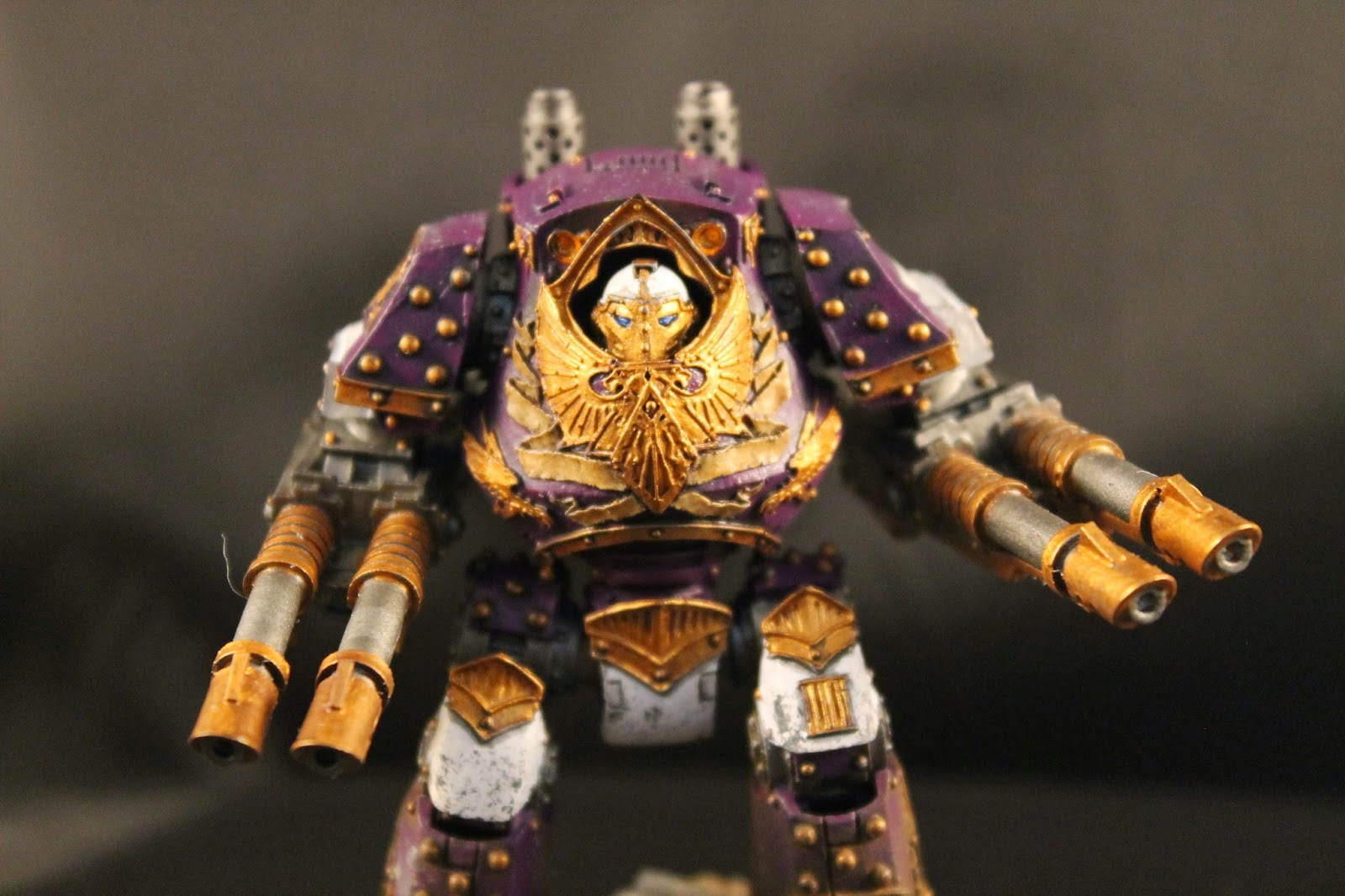 I have continued to use the 'Ruined Temple" bases from Secret Weapon Miniatures. For the base I added a little bit of extra rubble but not to much as I didn't want to take away from the good job SWM have done on the base. 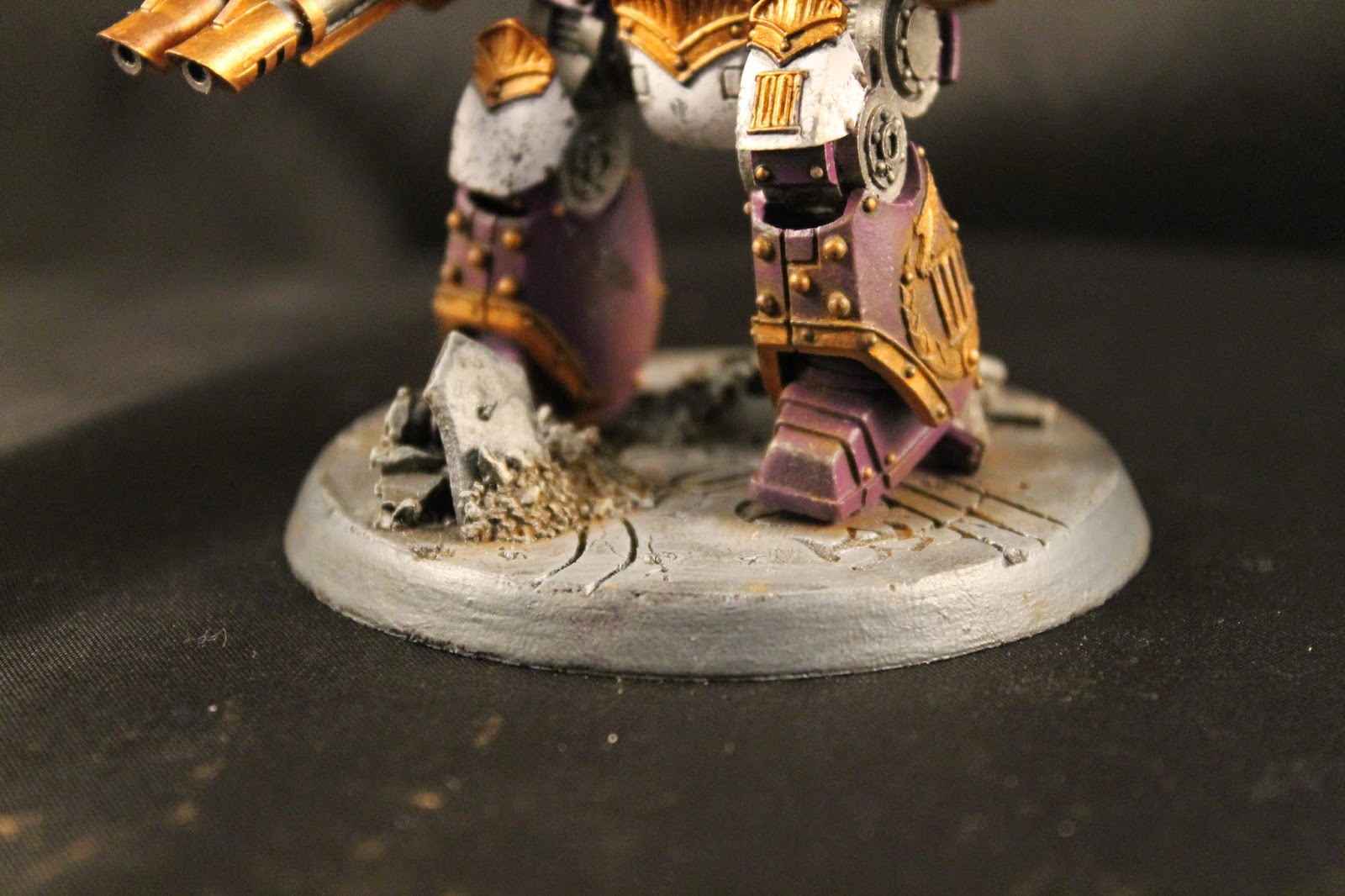 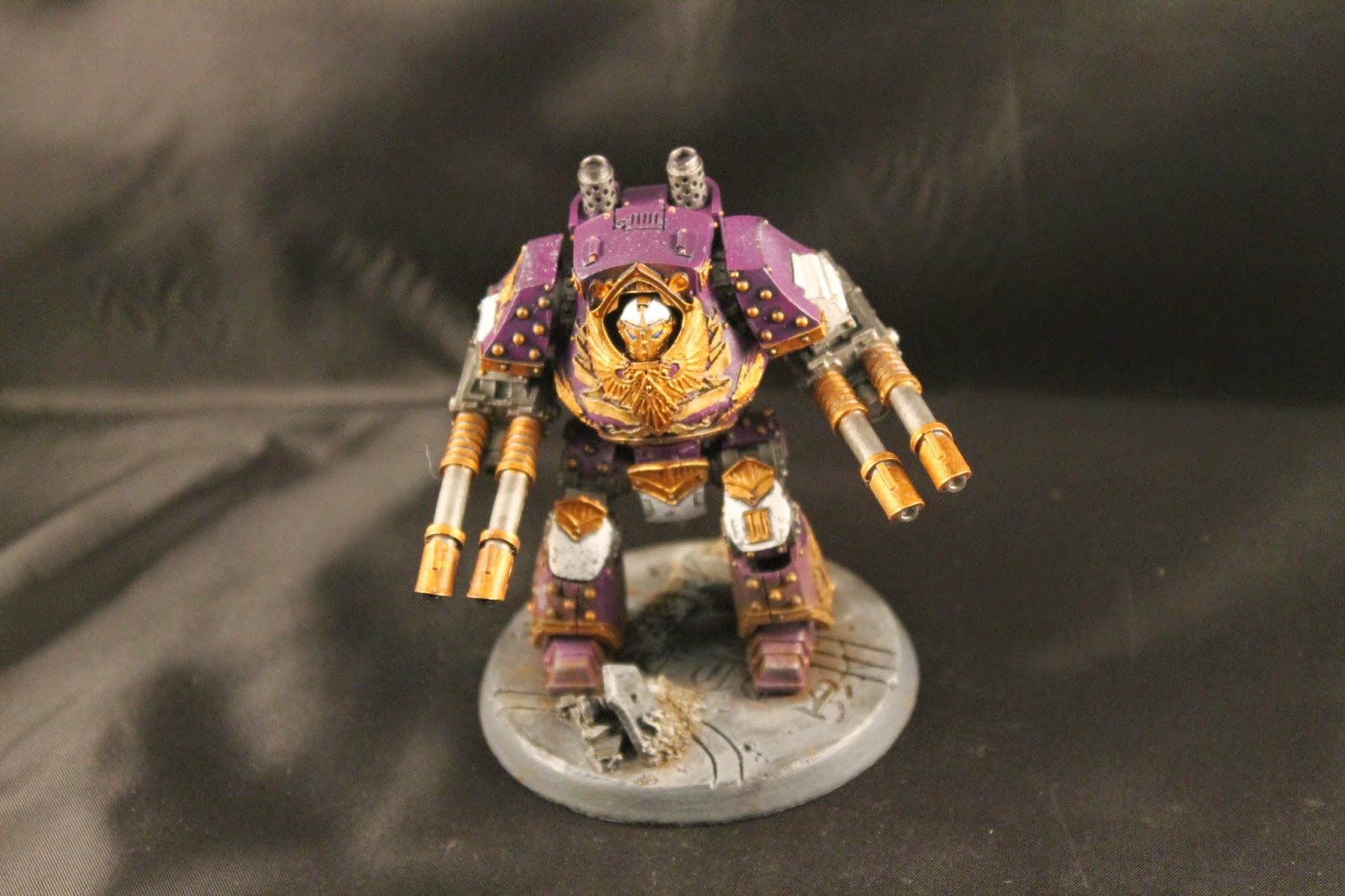 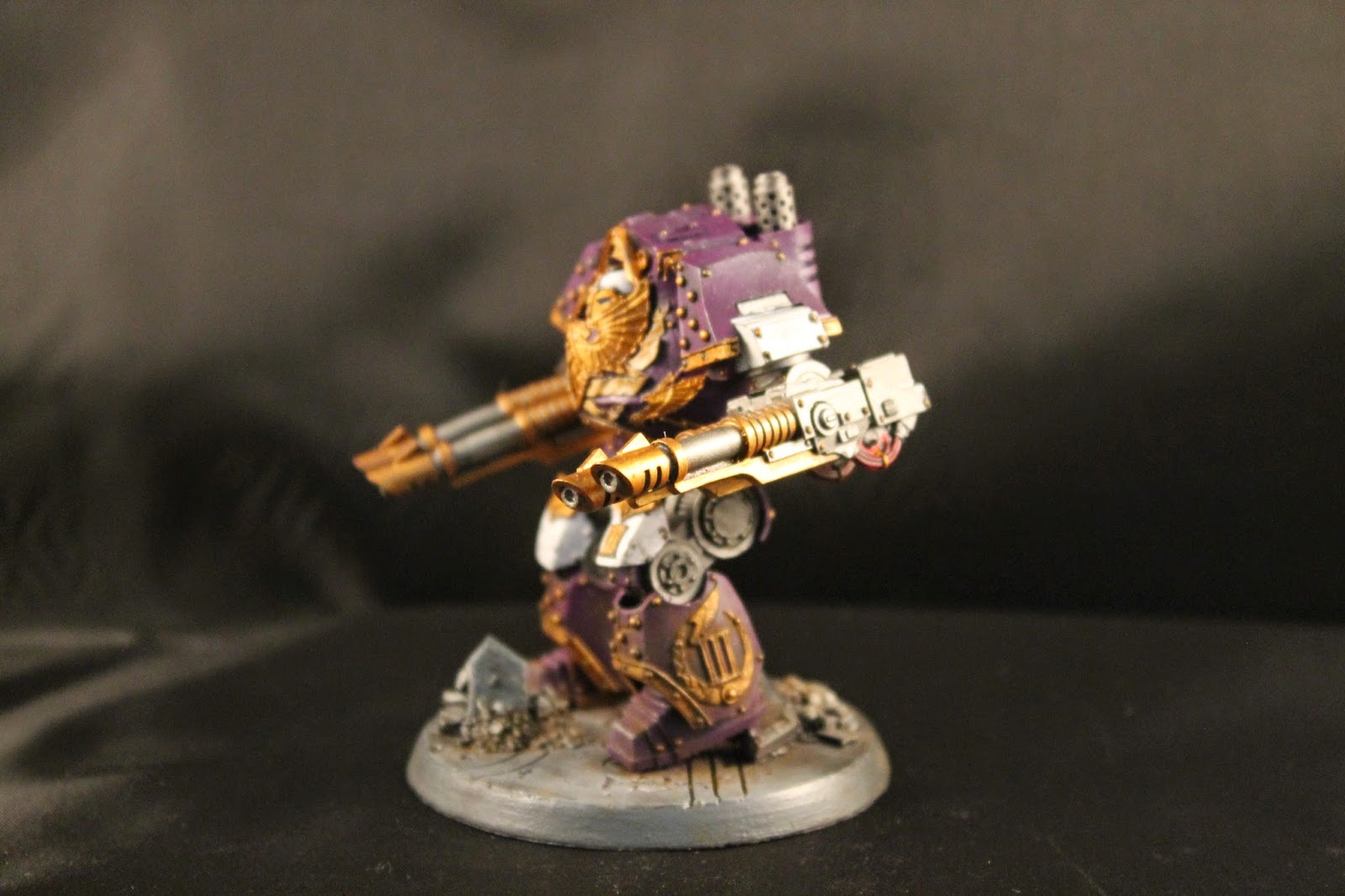 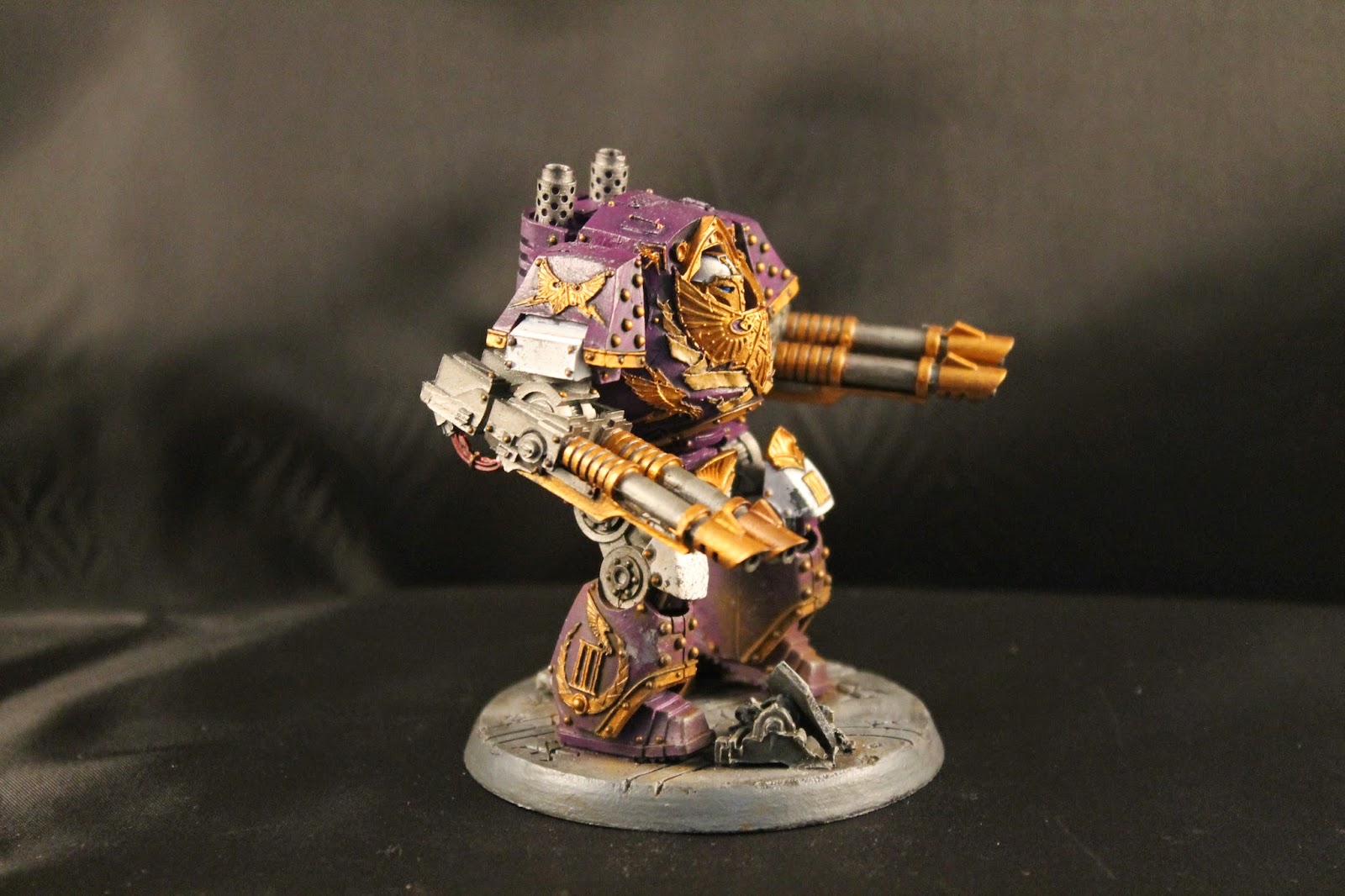 I really enjoyed building and painting this model and am looking forward to painting the other two I have waiting to be finished! So that was my Mortis, now for the mighty Anvillus pattern Dreadclaw. 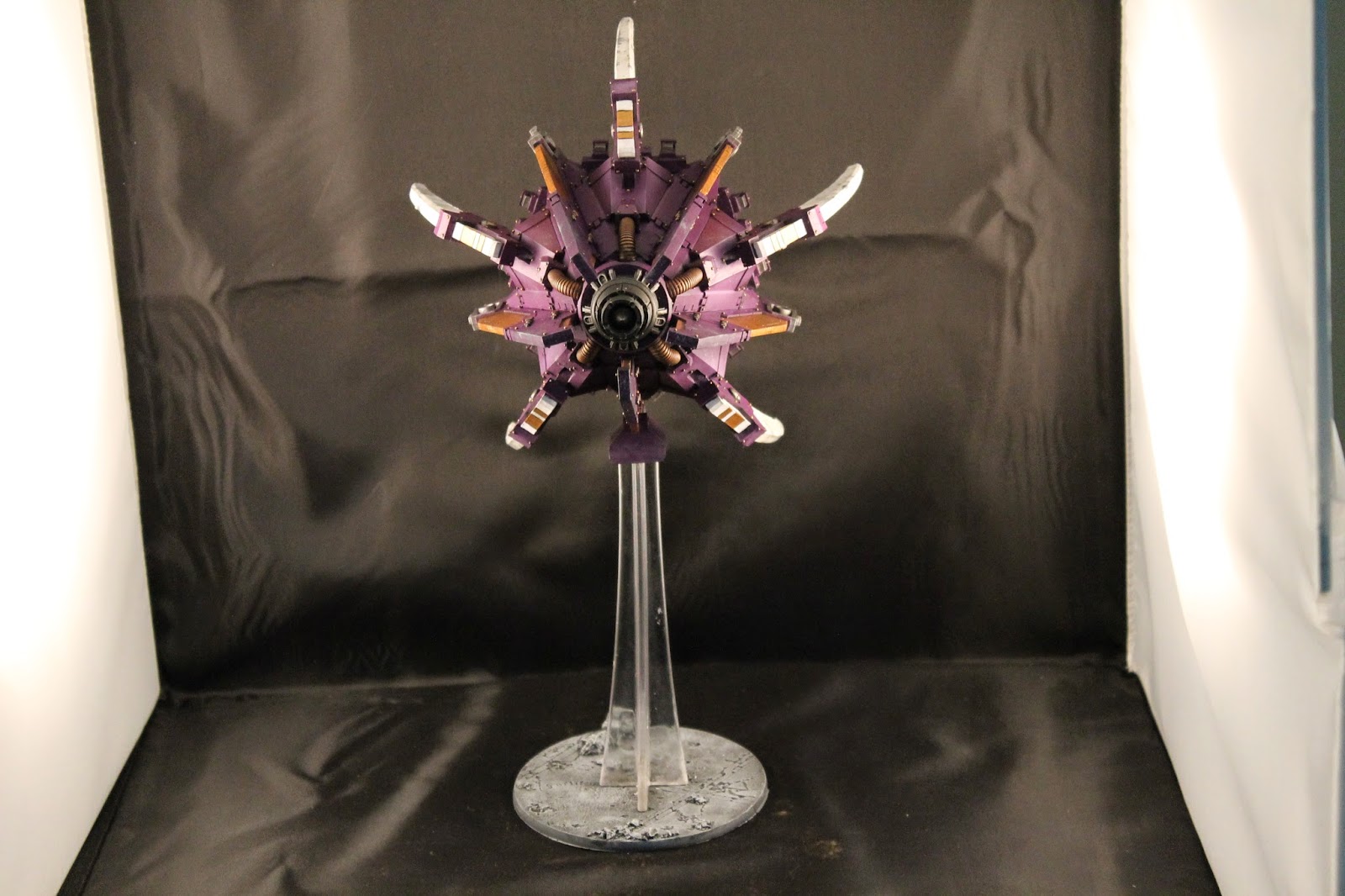 Now, as much as I would love to say this was a joy to build and paint I can't... I hated working with this model. It was a bitch to put together, it was awkward to paint and many times it nearly ate wall at high speed... BUT the end result, for mine, was totally worth it. Now as you will see I didn't put any Emperor's Children etched brass or decals on this model. I was going to but due to the shape there really aren't many places to put markings without having WAY to many or having them uneven.. 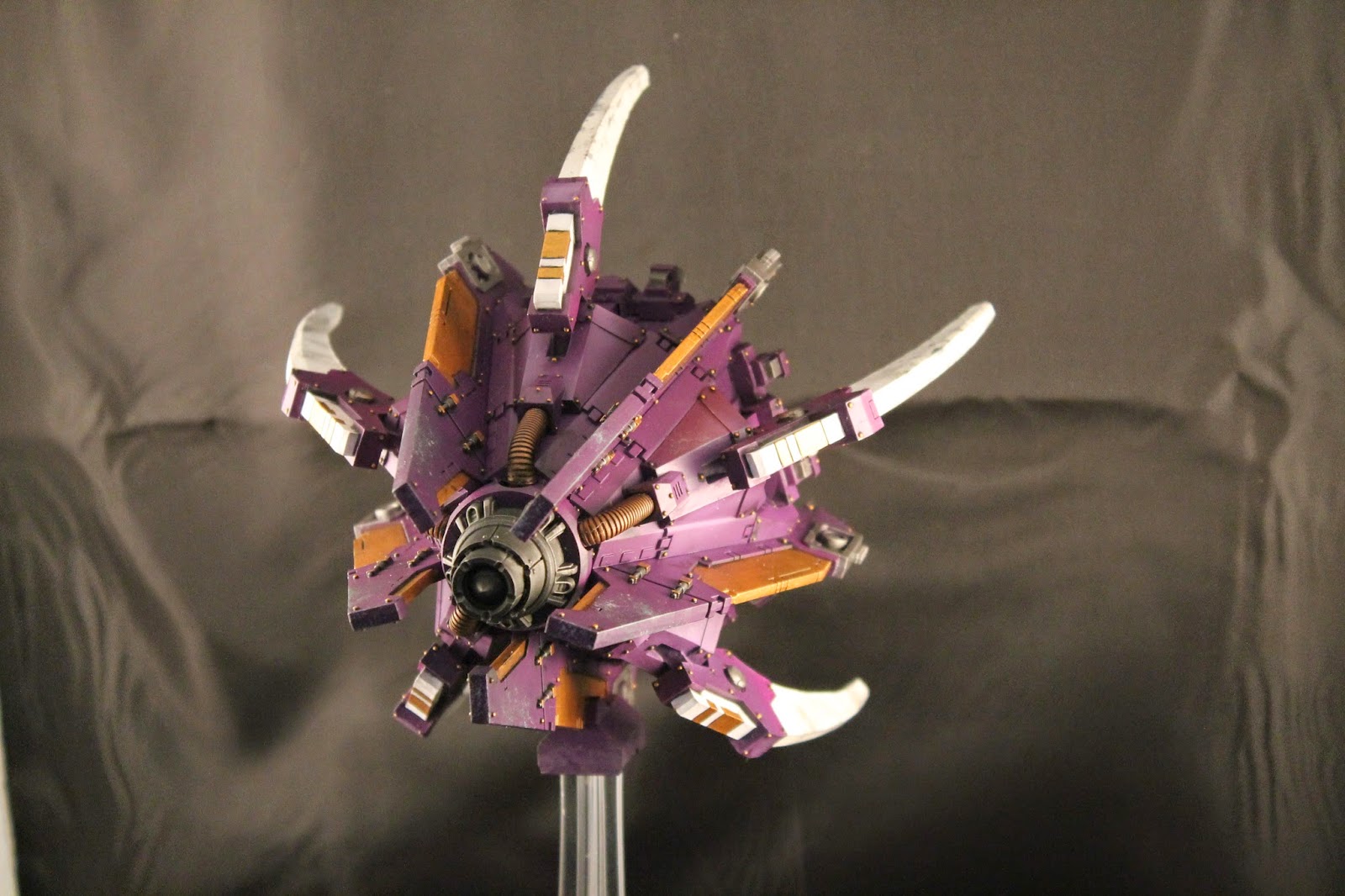 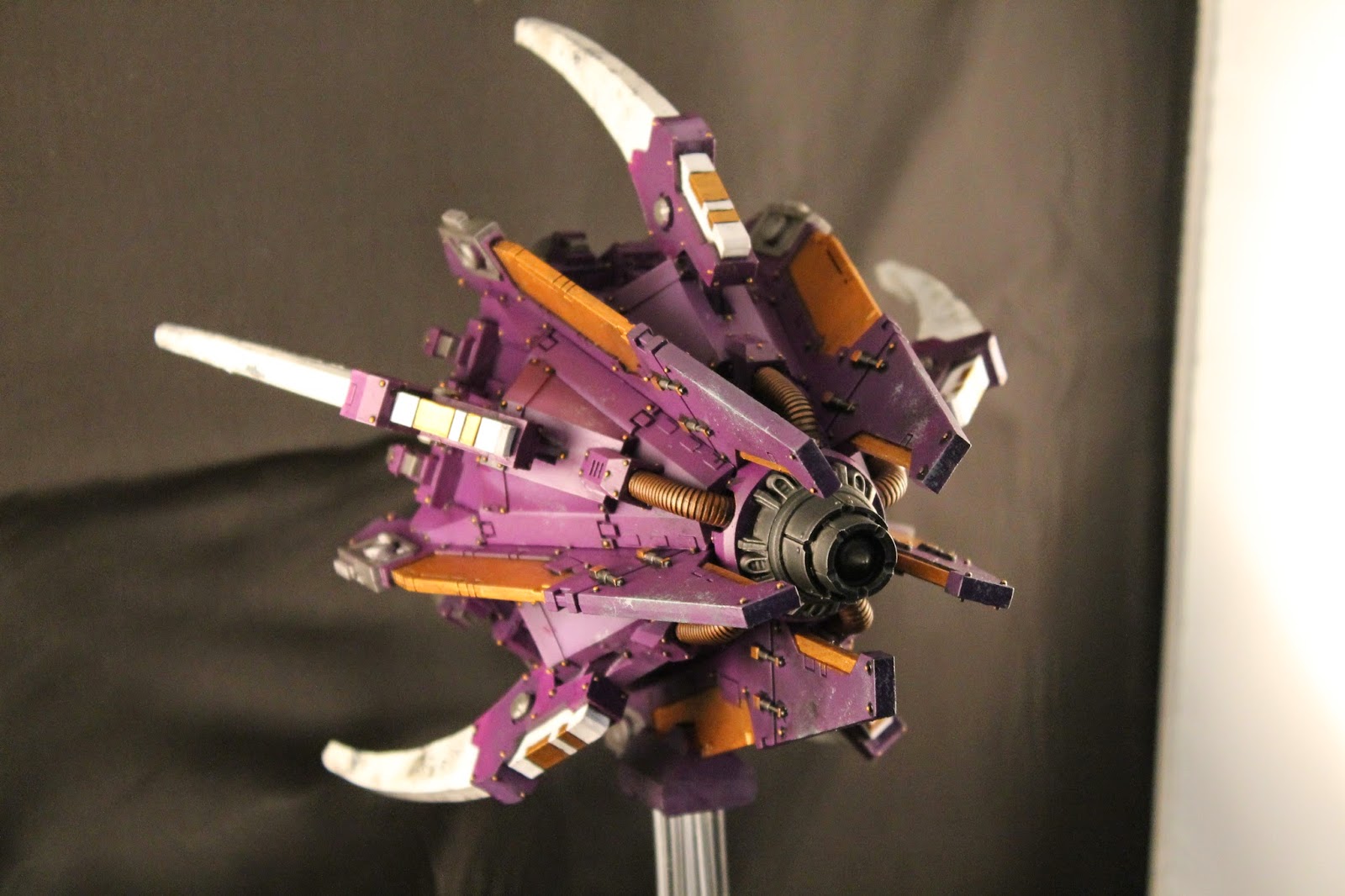 So, I know people think this model is shit and a waste of time, Macca being one of them.. It not only served its purpose but it served it extremely well during the last tourney. As a delivery method for my Deathstar it as amazing, and it's various flame abilities are super handy! On the turn it arrives via Deep strike it deals a flame attack that spreads out D3+3" from the hull and does S6 AP5 damage and vehicles are hit on their weakest Armour value (did glance a Sicaran).. on top of that during the movement phase any unit it flies over cops D6 S5 AP5 hits! 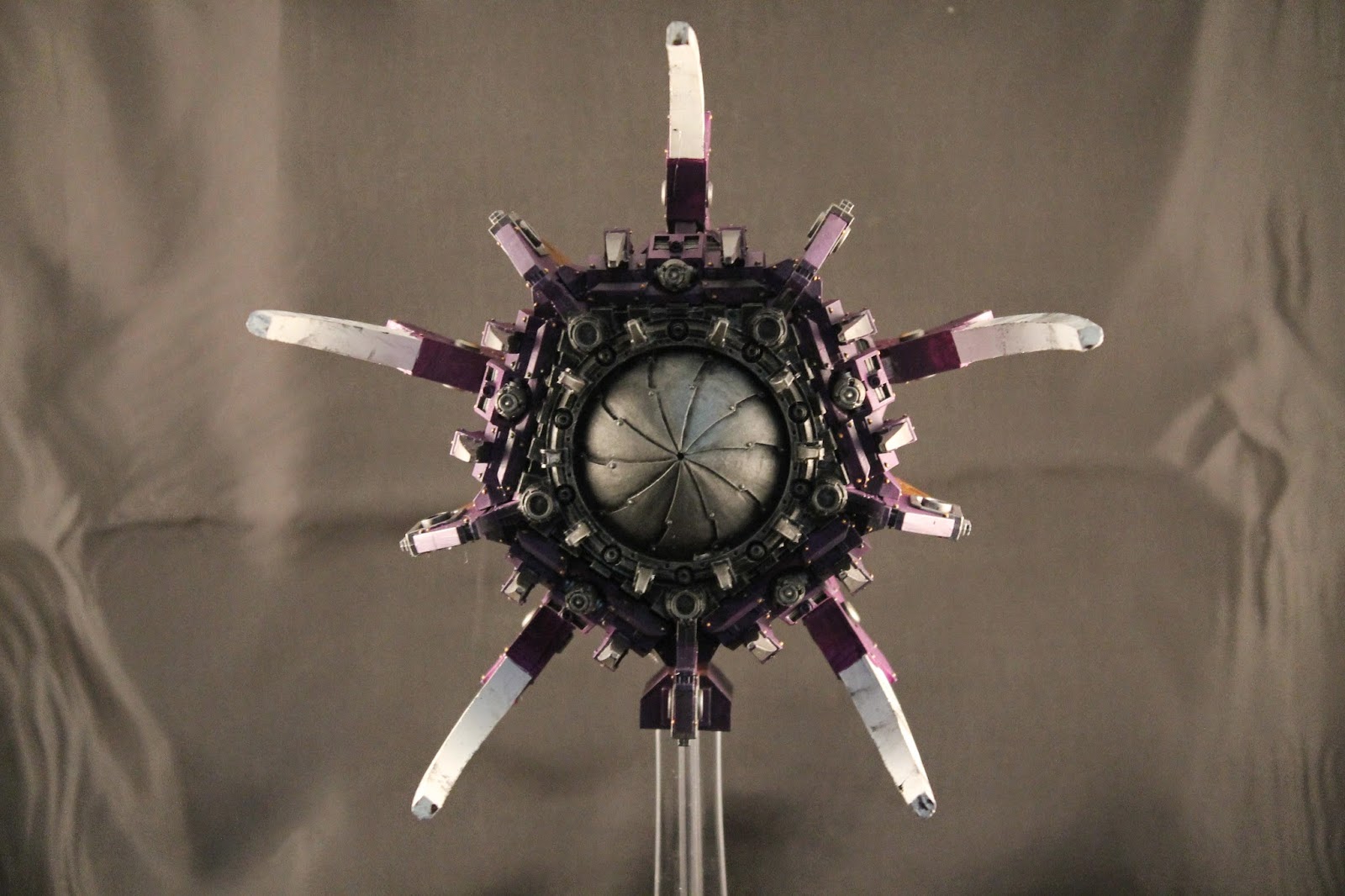 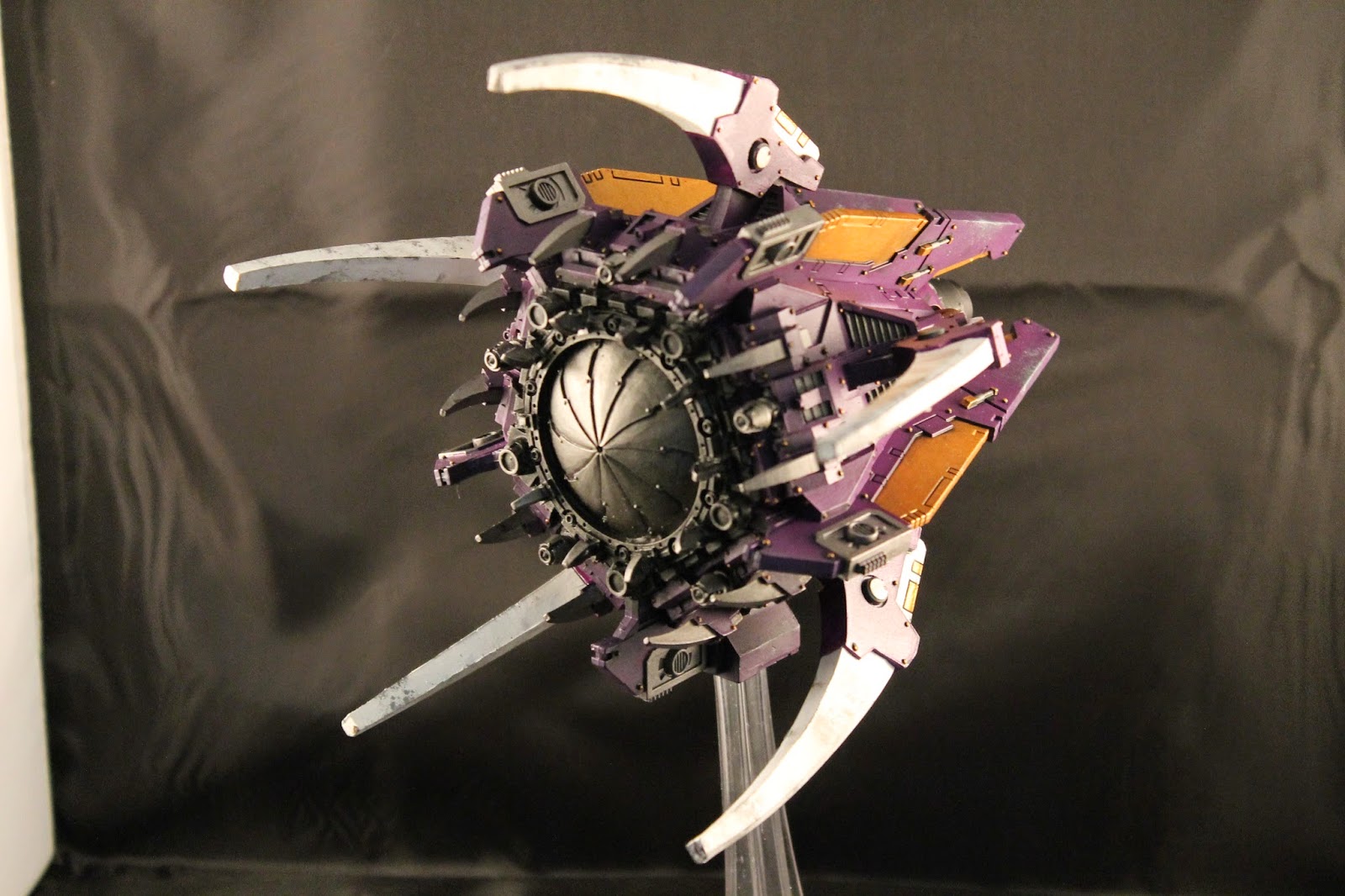 Again, I used a "Ruined Temple" base but added nothing this time as I love this base the way it is. I pinned the base to the stand as the model itself has a little bit of weight to it. 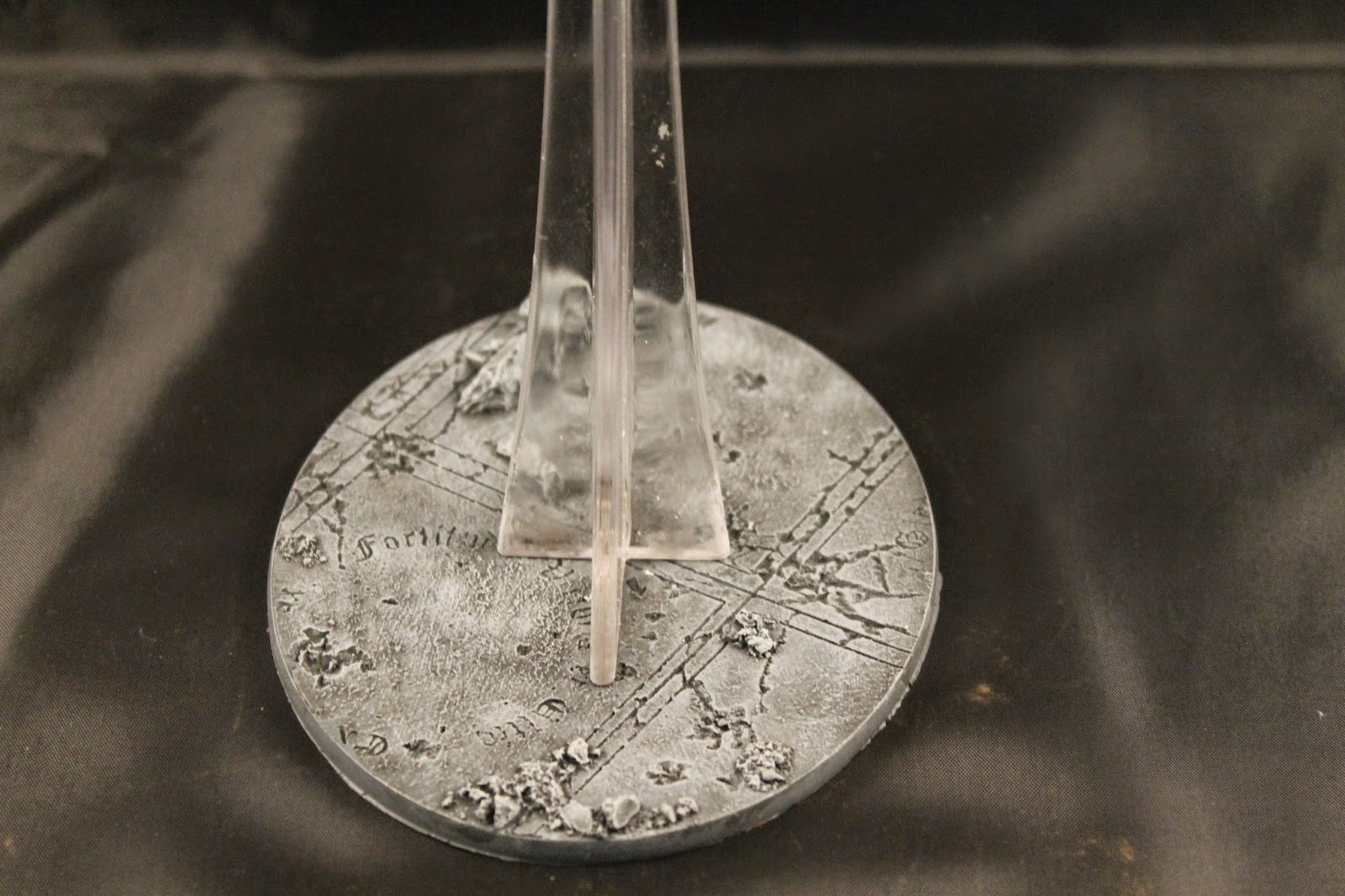 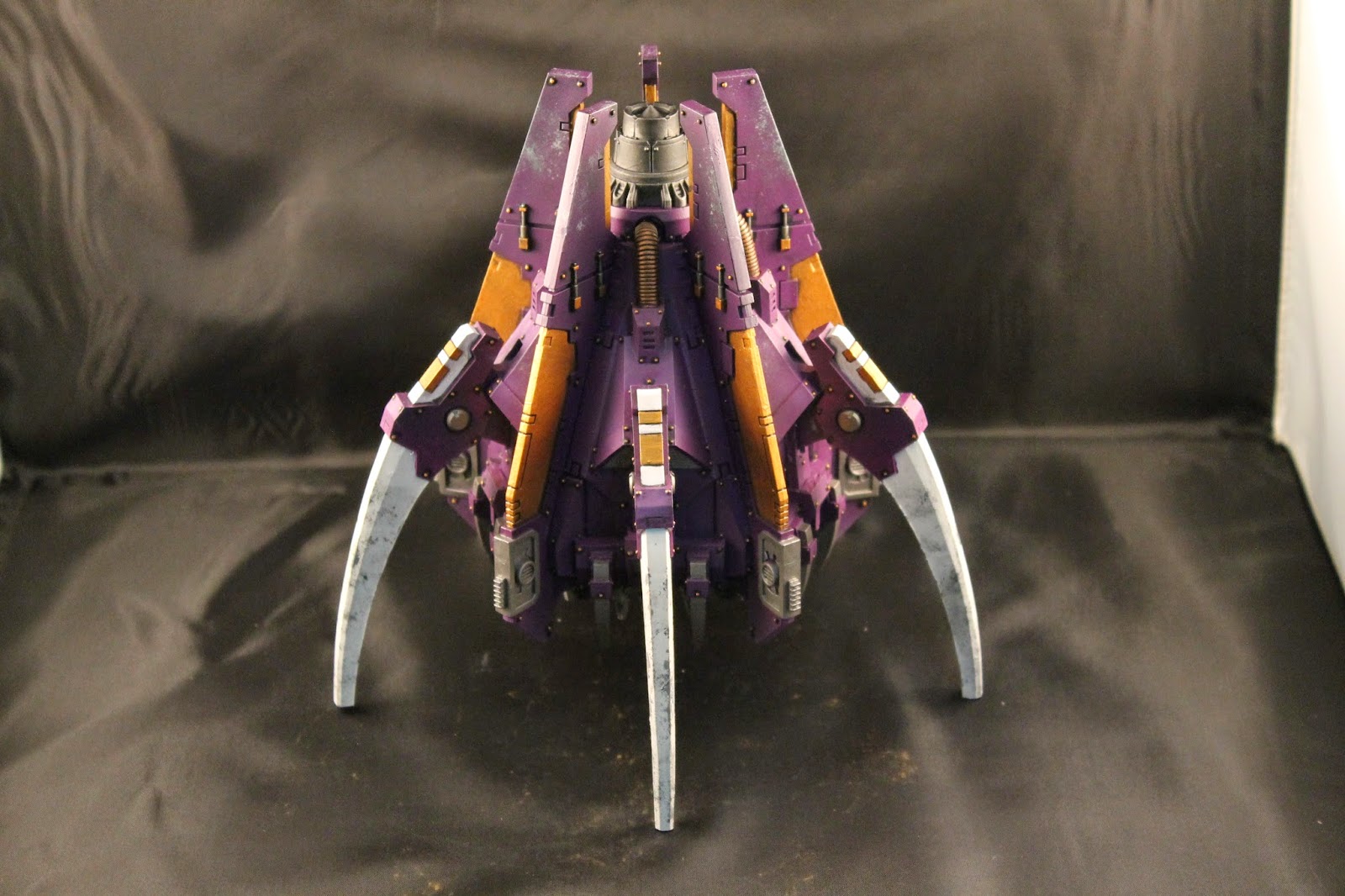 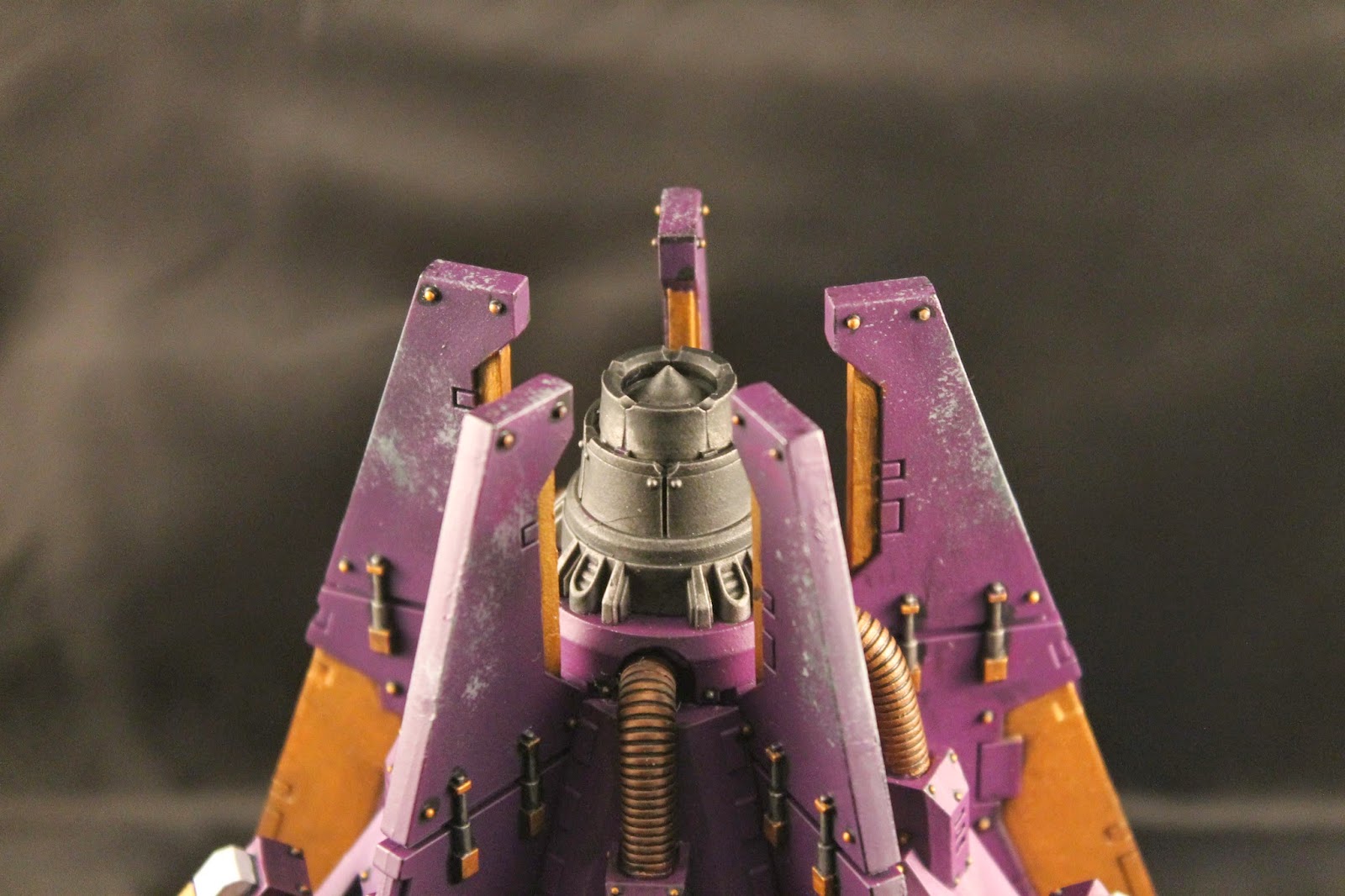 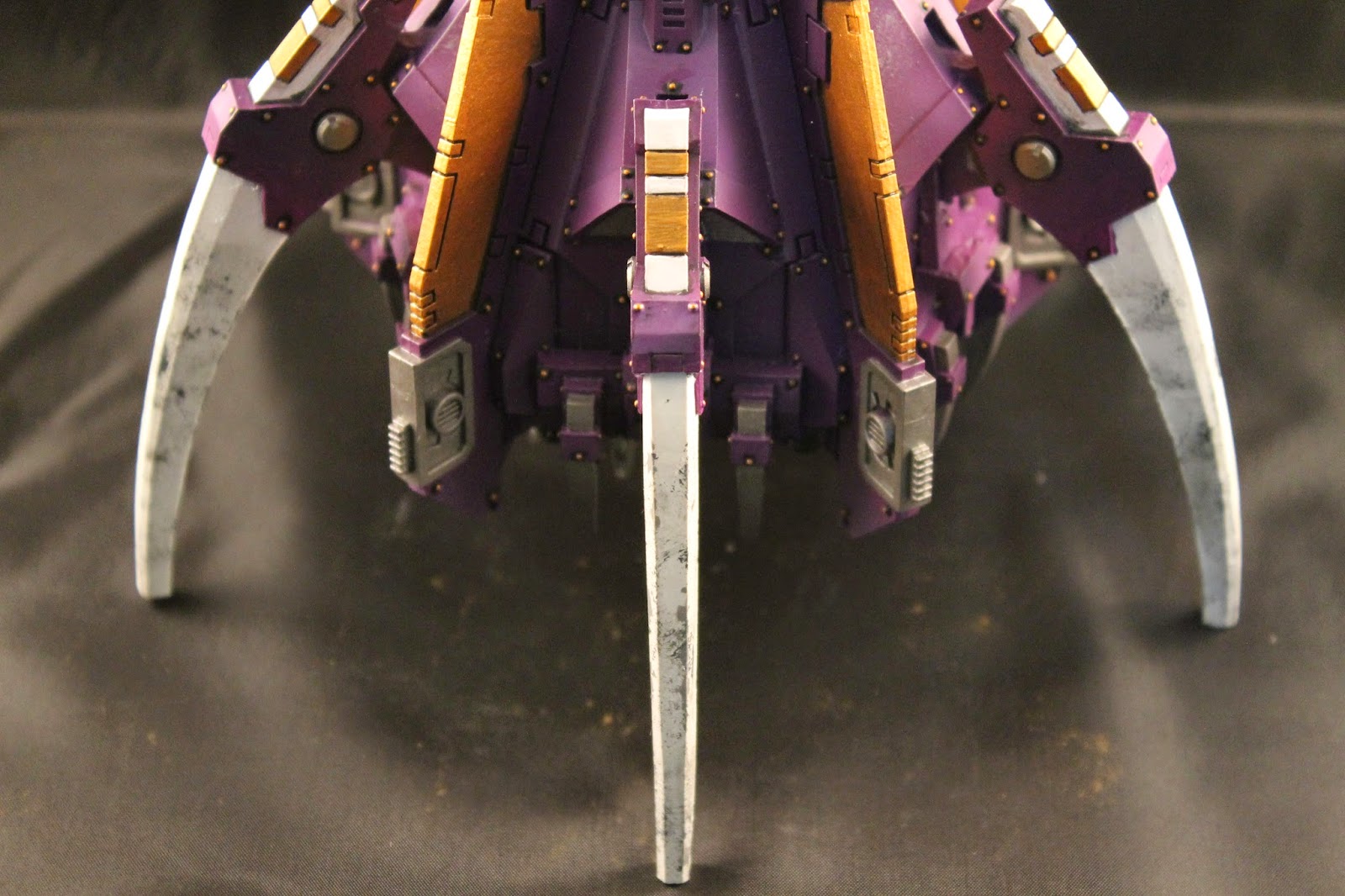 Well there you go, my Mortis and Anvillus. Cheers for dropping in for a look there is much more to come! For any avid EC fans I've got a FB page dedicated to III Legion so jump on and give me a like and share your EC stuff for everyone to see! https://www.facebook.com/pages/The-Pride-of-the-Emperor/207046882799363 Is the link for the page.