The Emperor's Children - Stuff you have missed!

Hey everyone it's Wadey!

Well it has certainly been a while between beers! Sorry it's been so long since i last posted, I've had a lot going on including a loss of internet for a while. Rather than continuing on from where I left off last post I figured I'd just show you all what I've been working on lately.

I thought for today I'd kick off with something I had a shit tin of fun creating, building and painting.... I present to you, a man chosen for his role by the Phoenician himself, Lord Commander Eidolon. 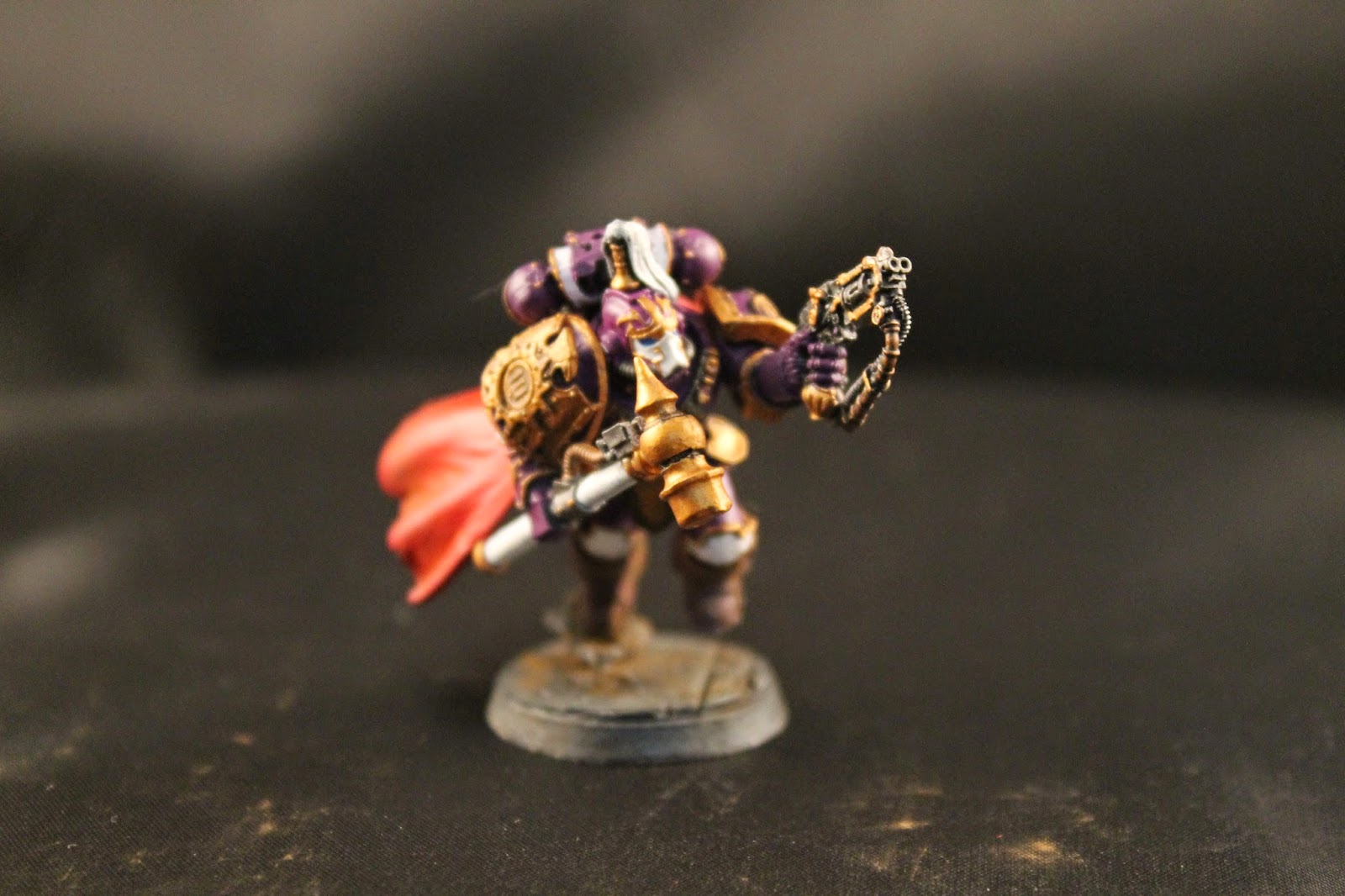 My inspiration for the build actually came from Eidolons special rule "Thunderous charge". For those playing at home the "Thunderous charge" special rule means that on the turn Eidolon charges he ignores the effects of 'Unwieldy" on his Thunderhammer... ergo, he strikes at Initiative on the turn he charges. Now of course that on its own is bullshit awesome! I mean, who wouldn't get all nerdgasm over Initiative TH attacks right? Even better when he's rolling with his boss and man crush, Fulgrim! I ran an Anvillus with Fulgrim, Eidolon, Primus Med, Libby (not fluffy I know shut up) and 5 heavy flamers last weekend and the combo of the two is fucking brutal! 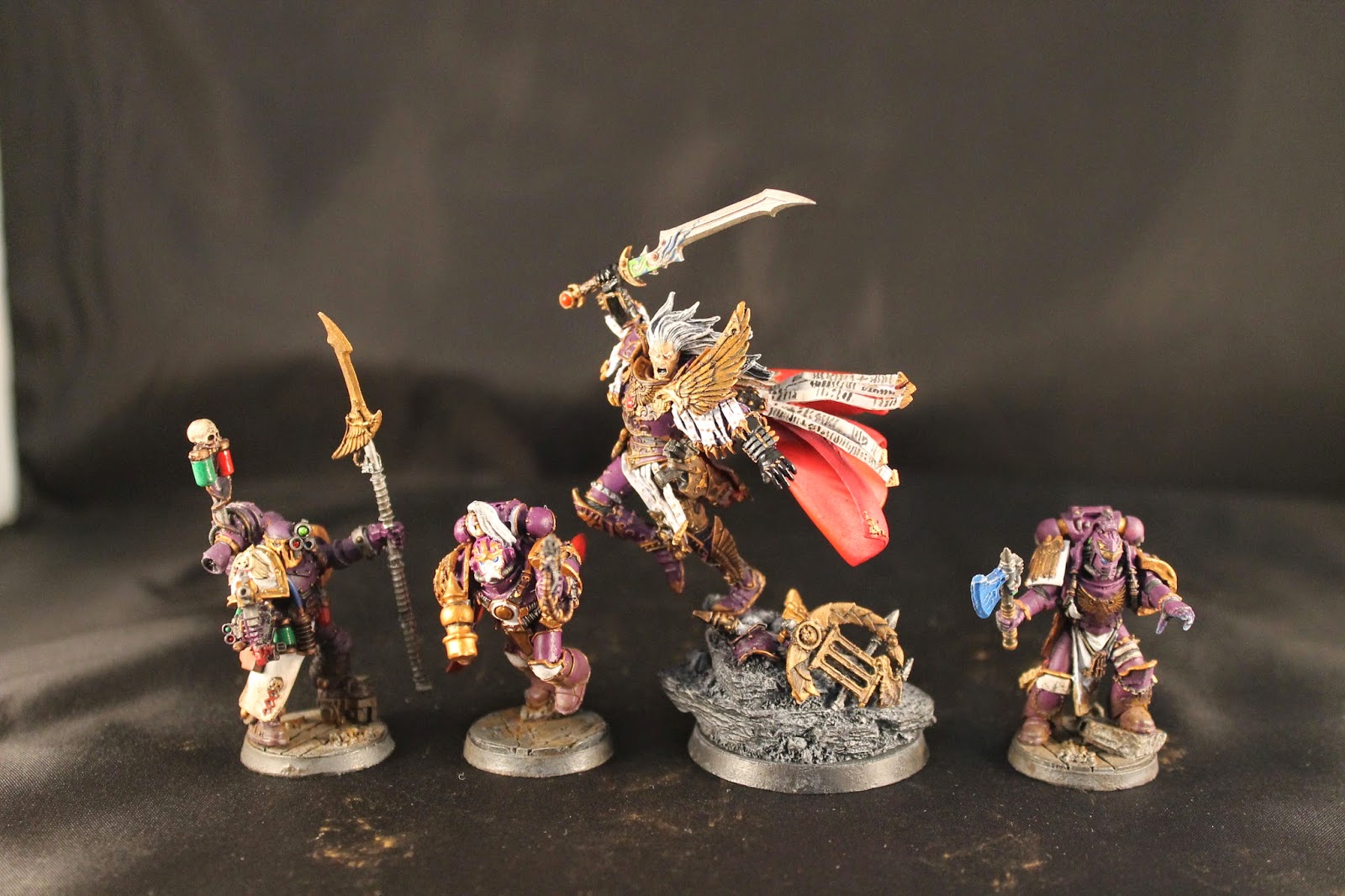 But I digress.. How exactly did the rule inspire me? Well I was at work doing not much and looking on the FW website when I stopped to have a very good look at the Abaddon and Loken sculpt. As you all know Keepy did an amazing job on Abaddon and I wanted to see how FW did theirs when it dawned on me... Loken looks like he is ready to smash face and suits exactly what I have been looking for to fit into that "Thunderous charge" pose! 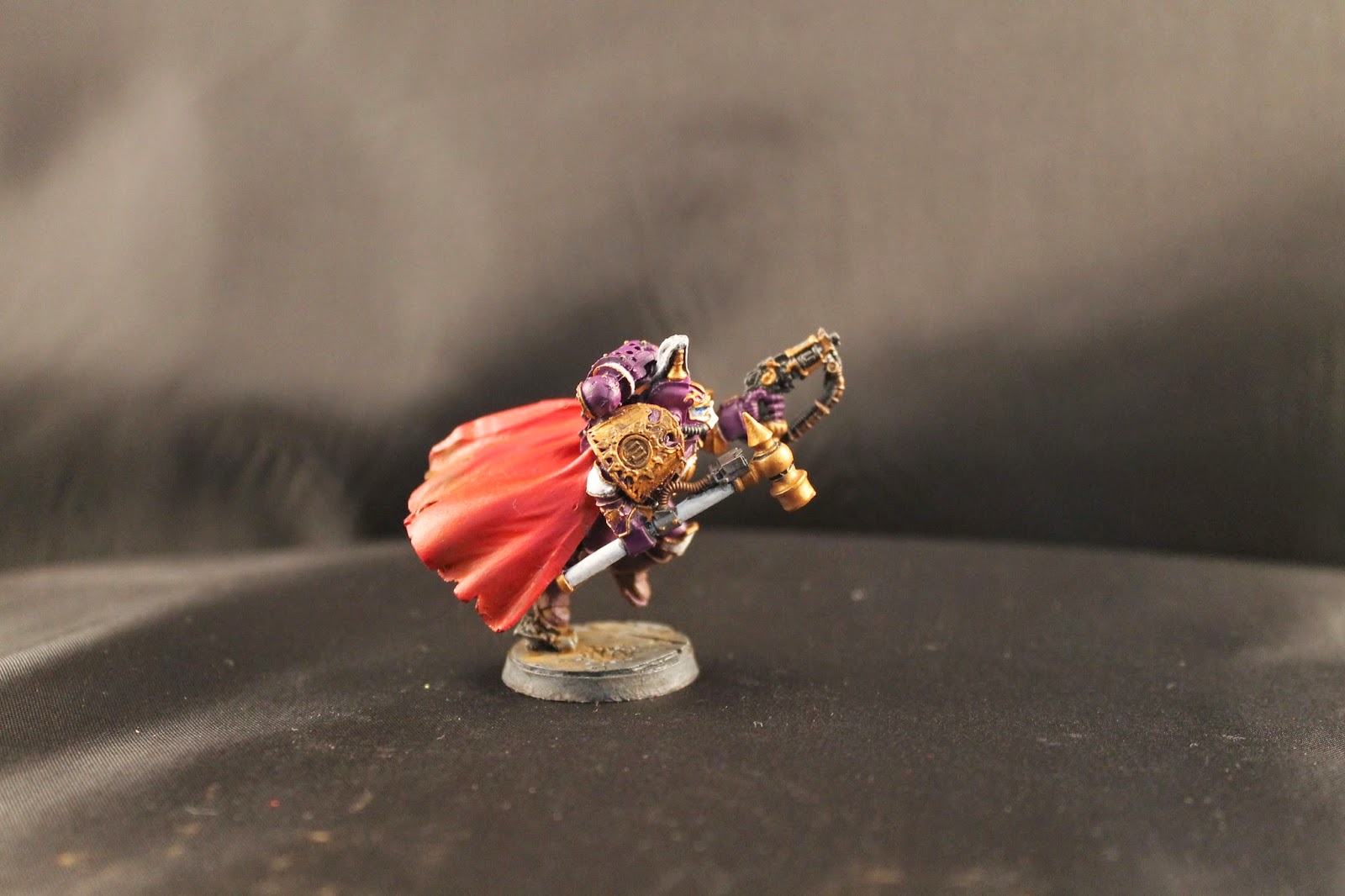 Now thanks to AGIF good mate Eamon, I acquired Loken and made some minor alterations.. I started by removing the Eyes of Horus from the model. I added a MKII shoulder pad and Praetor left arm including Archaeotech pistol (it made sense seeing as though he is geared with one) then retaining Lokens right arm I added a Thunder Hammer and giant Eagle shoulder pad (not sure where I got it) including a roman numeral 3 from the Red Scorpions kit. 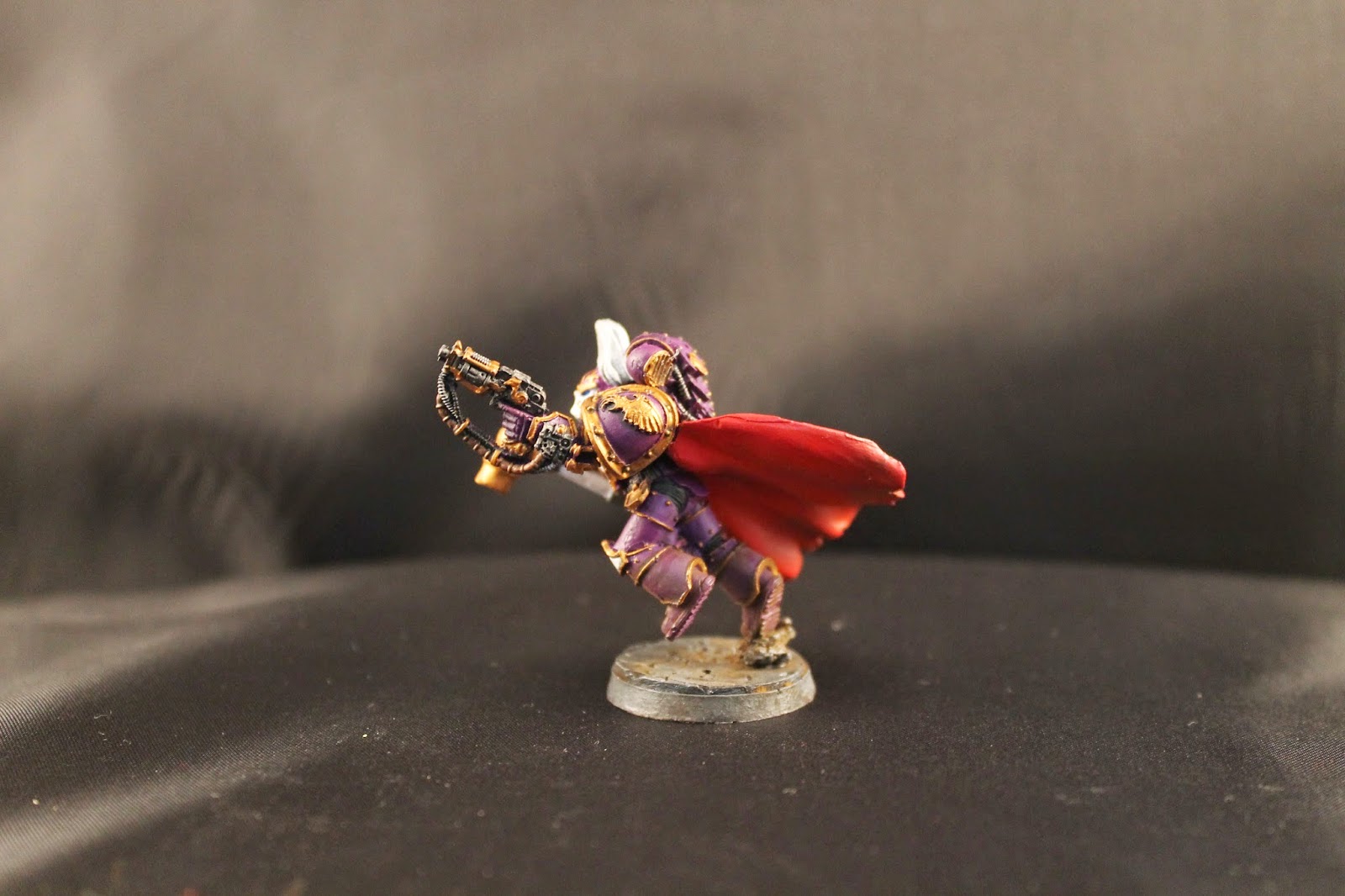 To finish the build off I simply re-positioned Eidolon on a new base, putting him at the back to give him less of an "able to leap tall buildings" feel and attached a Palatine Prefector head. I kept the cape because I like the contrast between Eidolon and Fulgrim when they are next to each other. 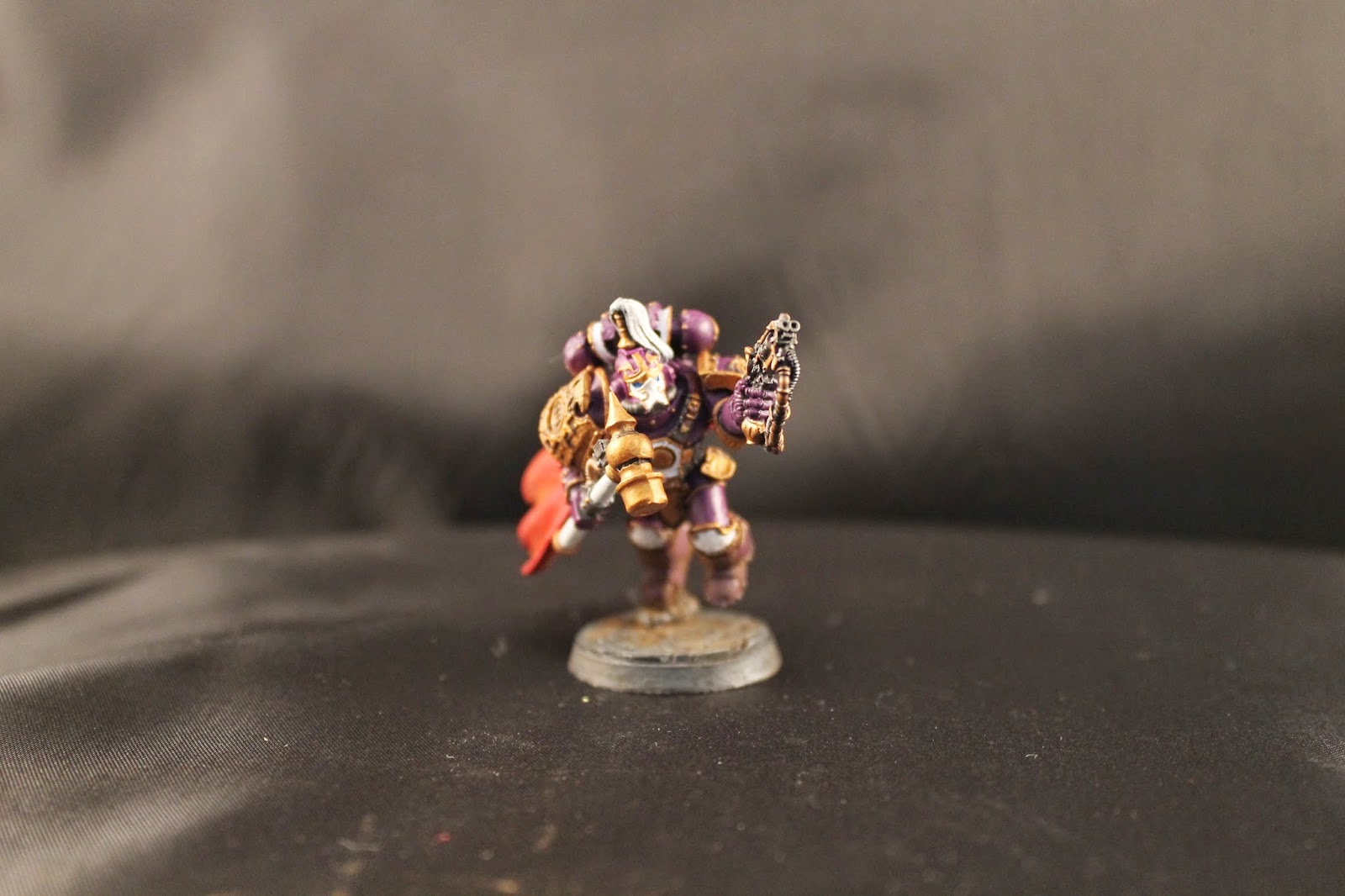 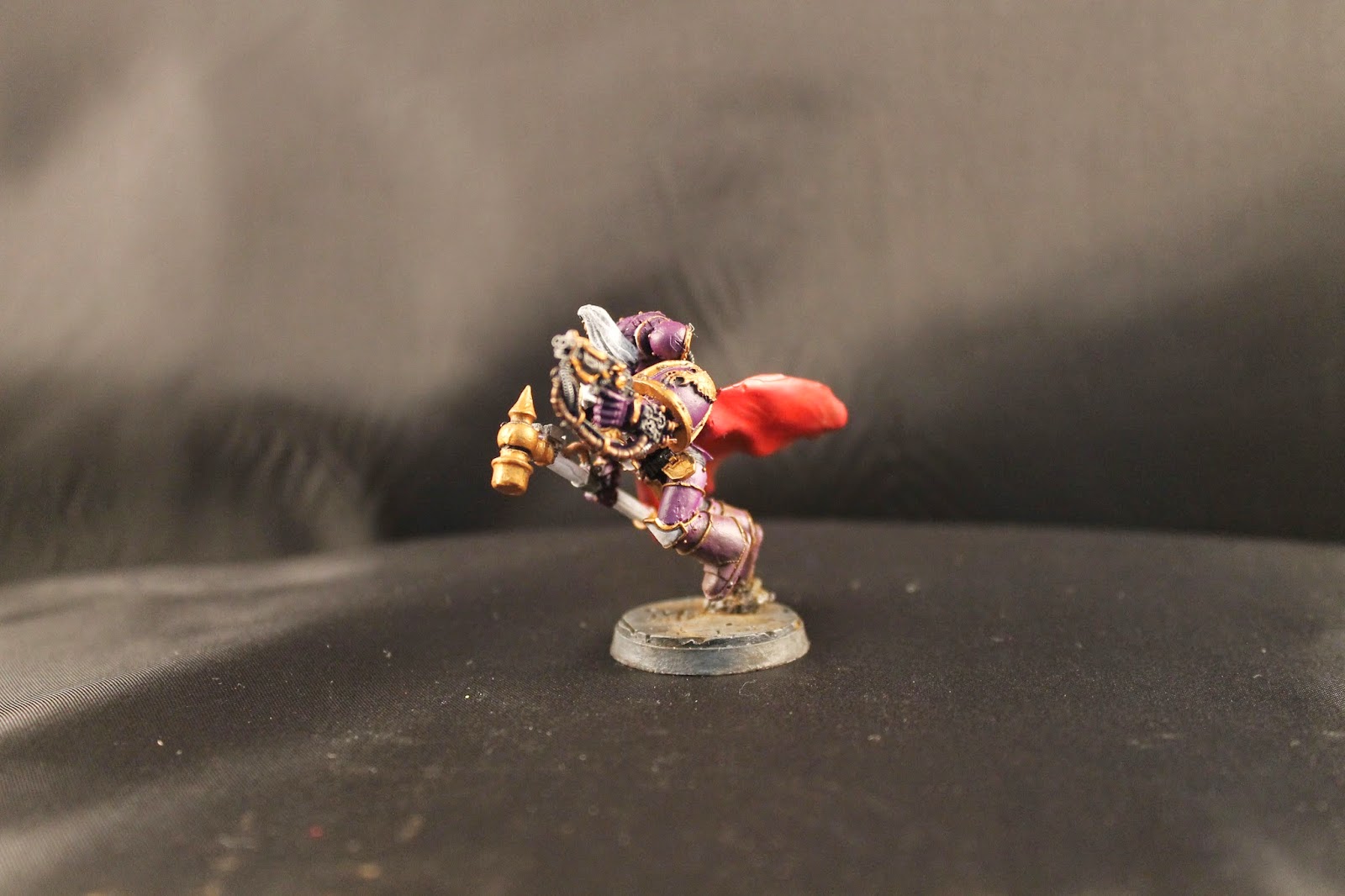 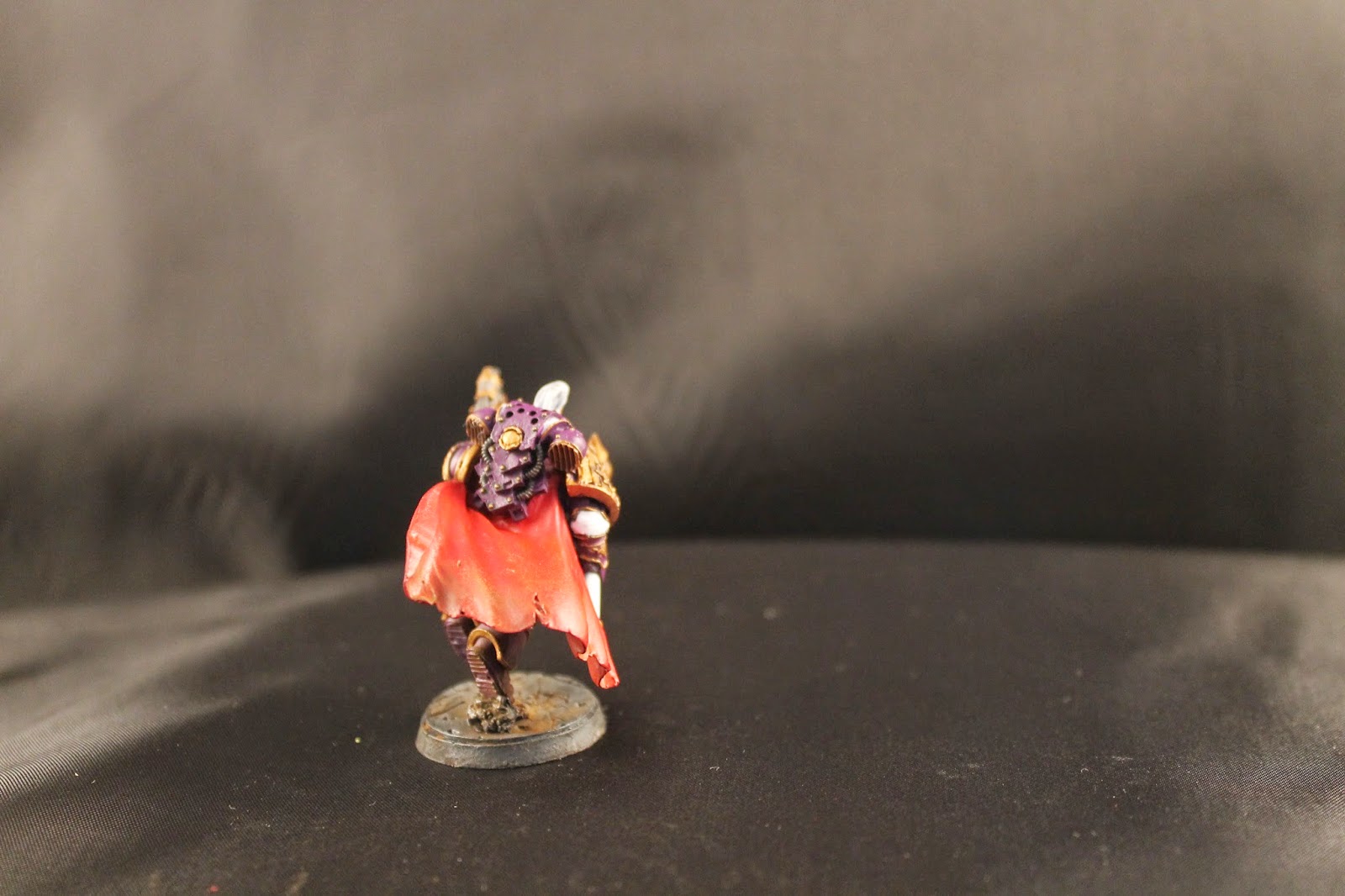 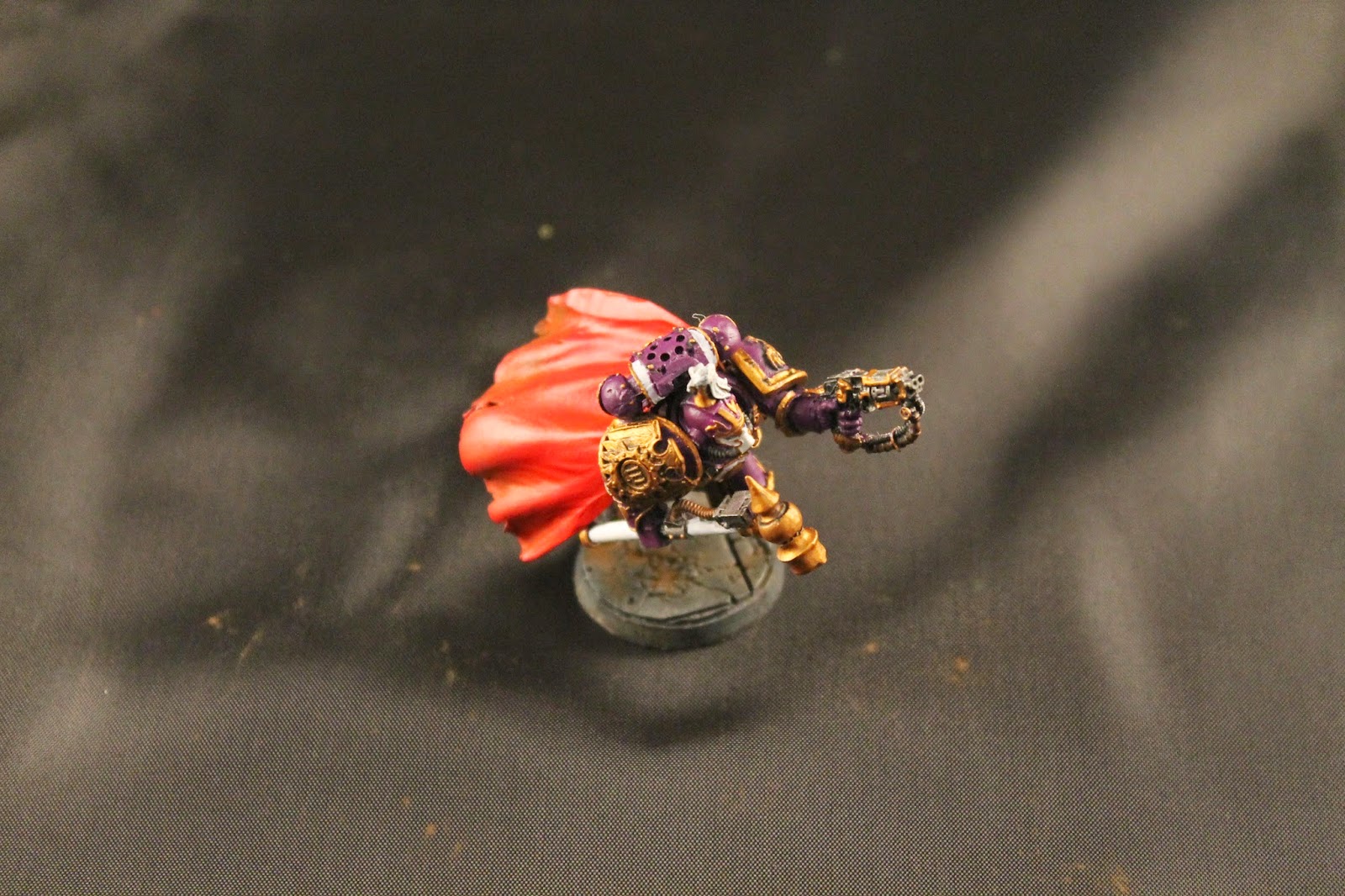 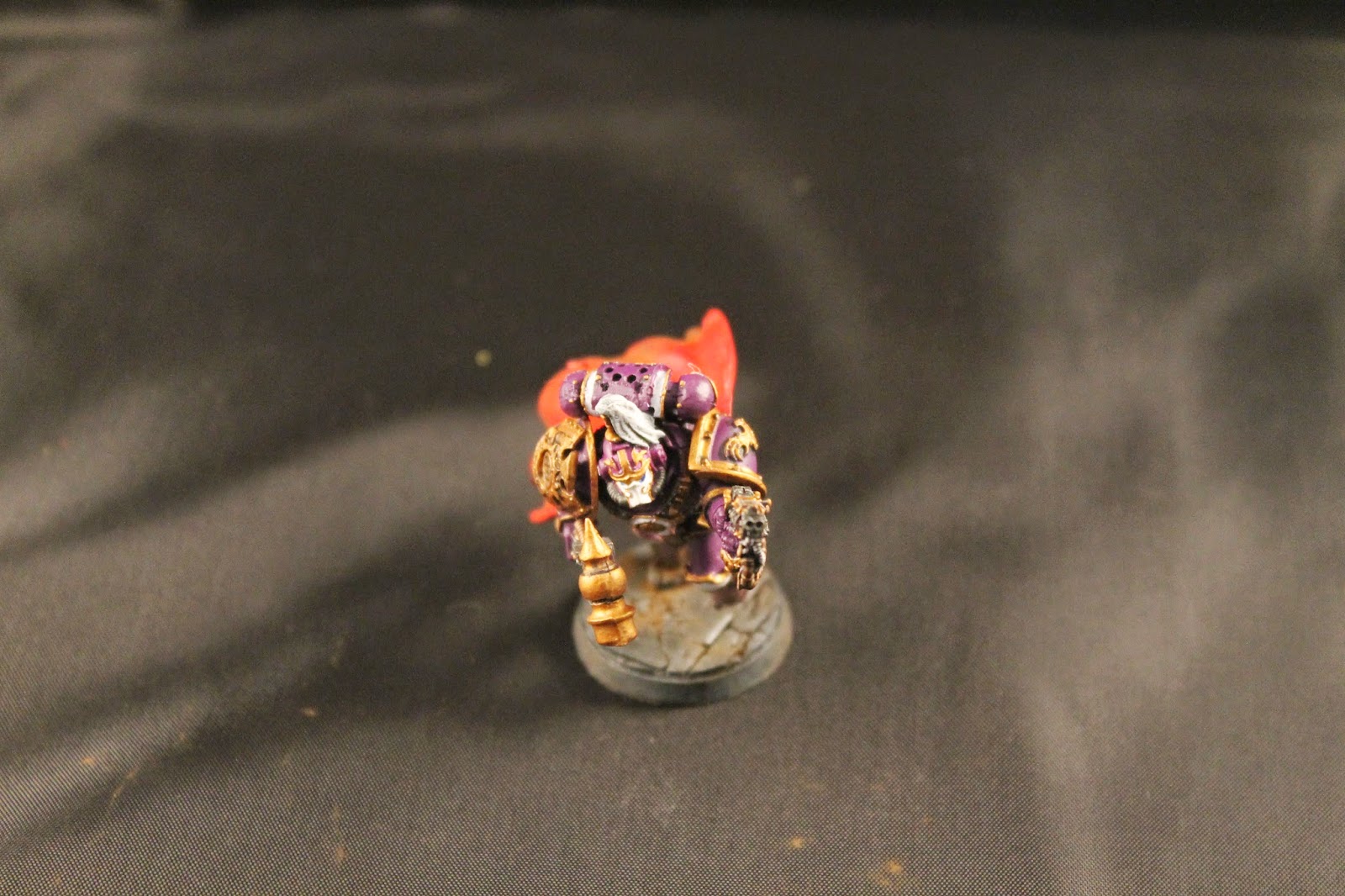 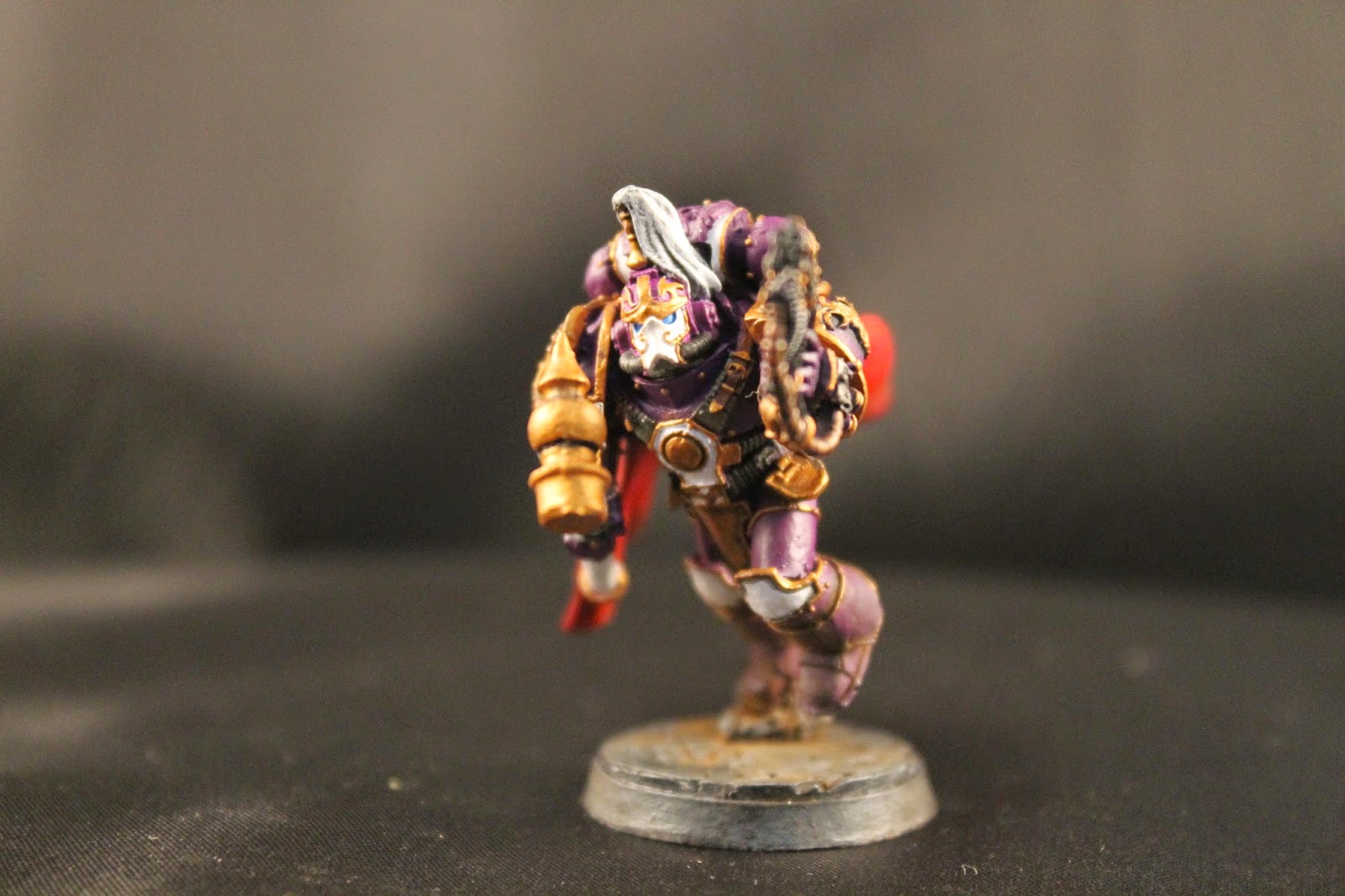 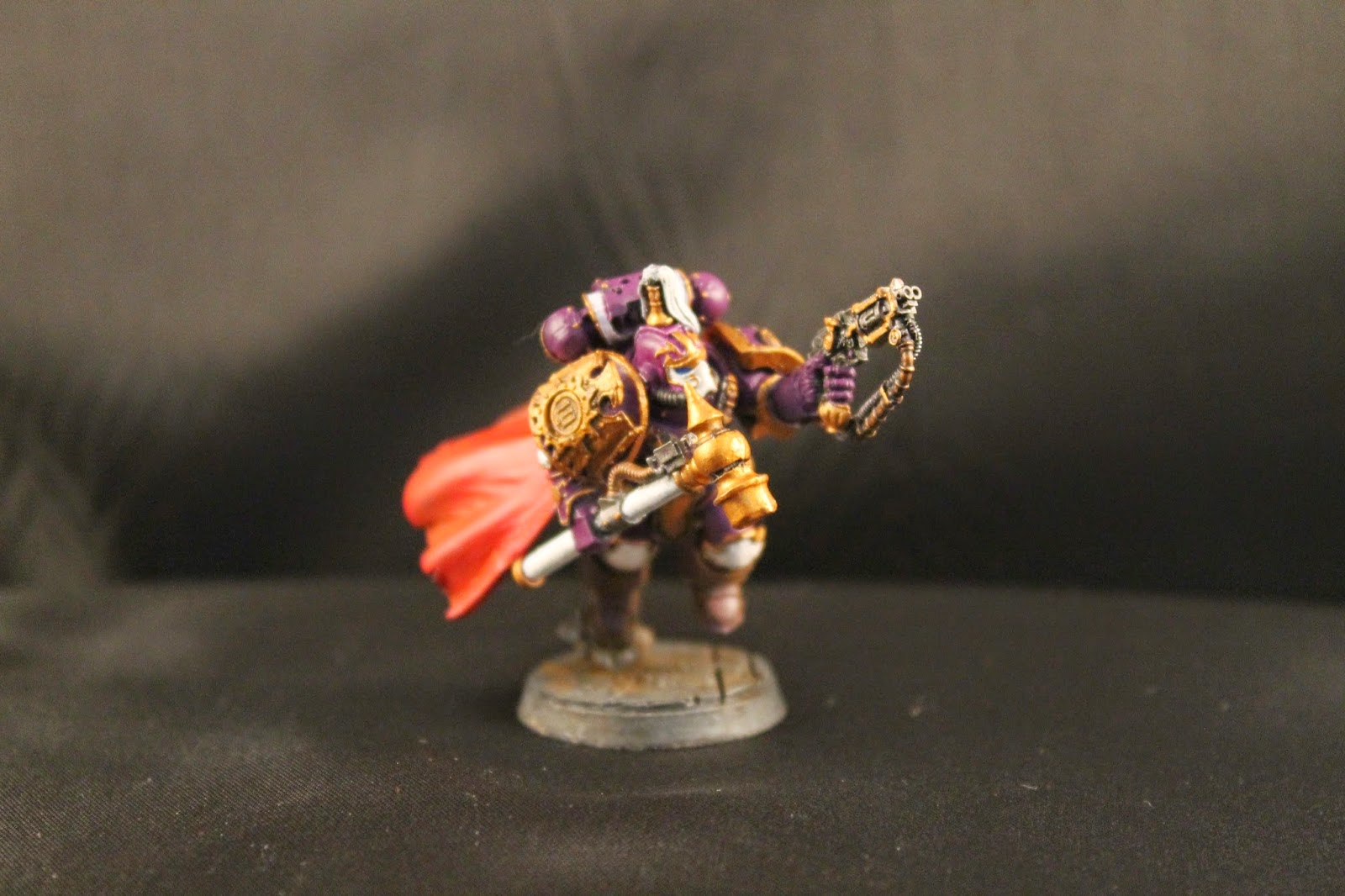