Well, after a nice little holiday in Fiji, soaking up the blue water, white sands, and most important of all, cocktails, I am finally back home in Australia and able to complete my vision of Perturabo's personal transport, the Tormentor. This project was a labour of love, and took a month and a half from conception to completion. Once again, my thanks to my mate Deke, he supplied me with the kit last minute from his Games Workshop's stock when everywhere else was sold out of them, and also took the extra effort of getting it to me. Deke, if you're reading this, my thanks. 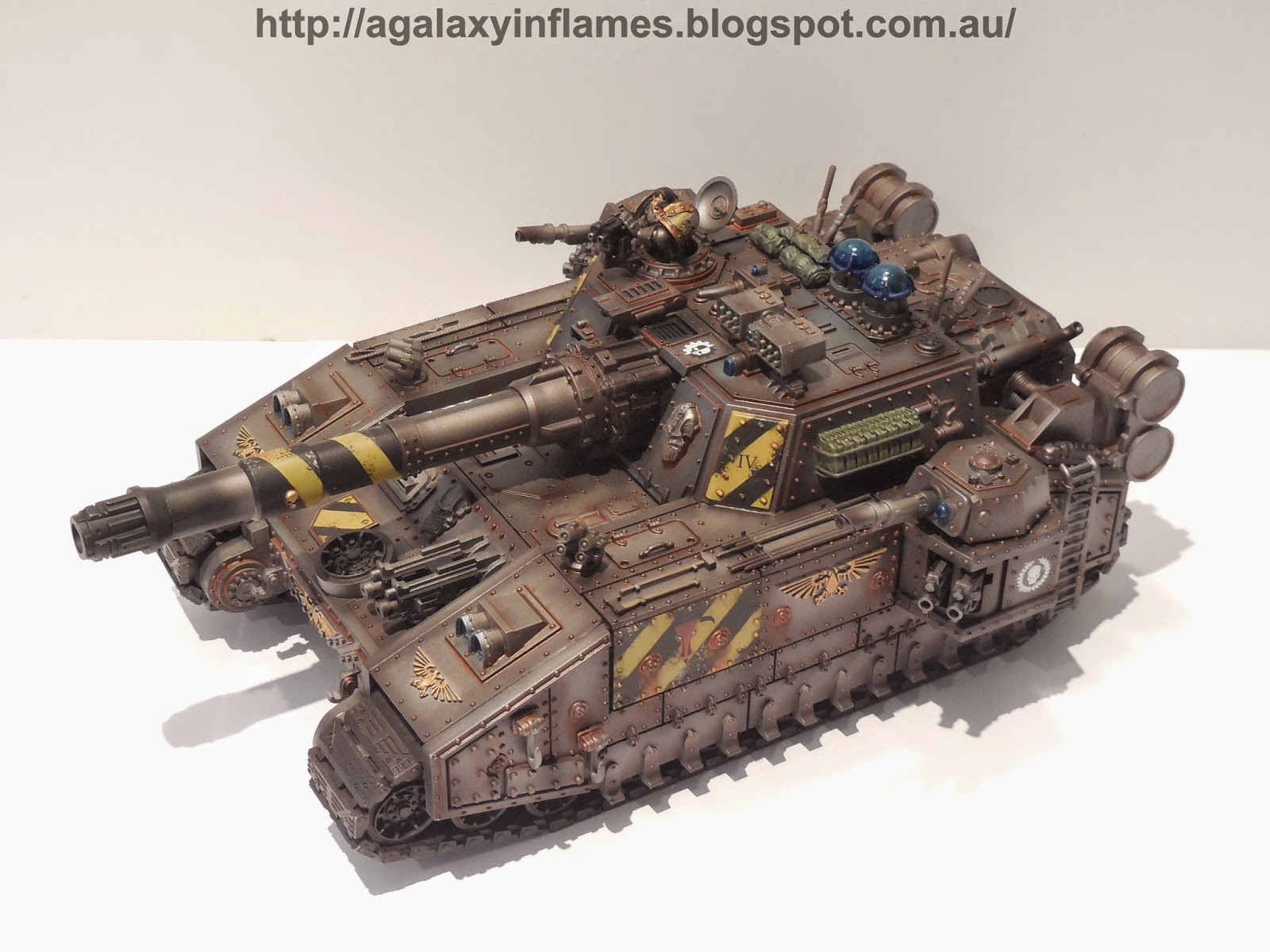 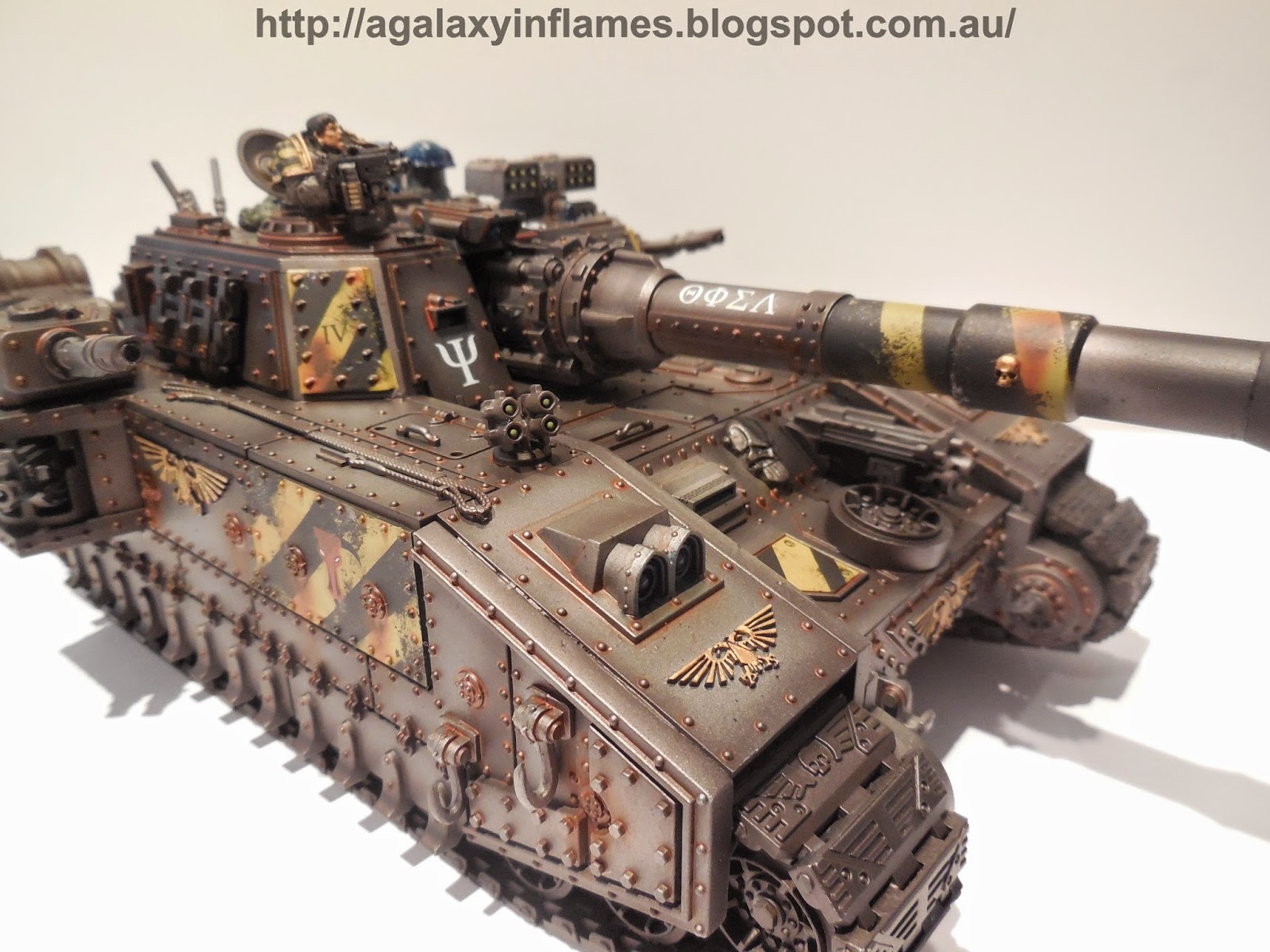 The rust and markings were the big concern for me. While the inner hobbyist is saying, nay, screaming "More. MORE!" I was telling myself that it isn't true to Perturabo. He would have some damage, some surface rust here or there, a few markings, but he isn't Fulgrim. He doesn't do gilded, he does down-to-earth. So, I restrained myself and just kept it to a little rust around the bolts and a few areas to accentuate the look. 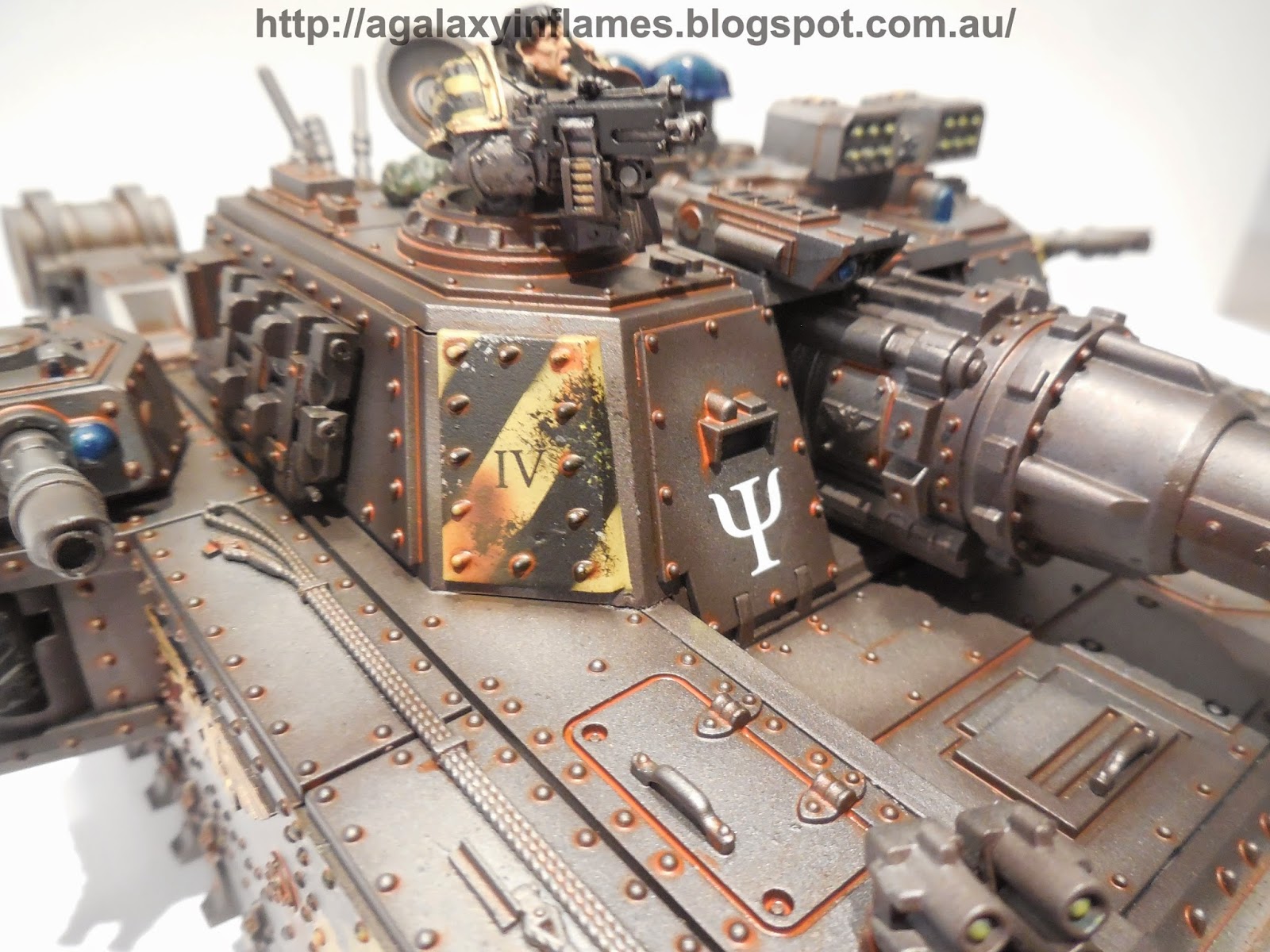 The rear hatch is of course the defining feature. I added a little rust here, as it would be slammed into the muddy ground all the time, and I felt it could be a little more weathered. 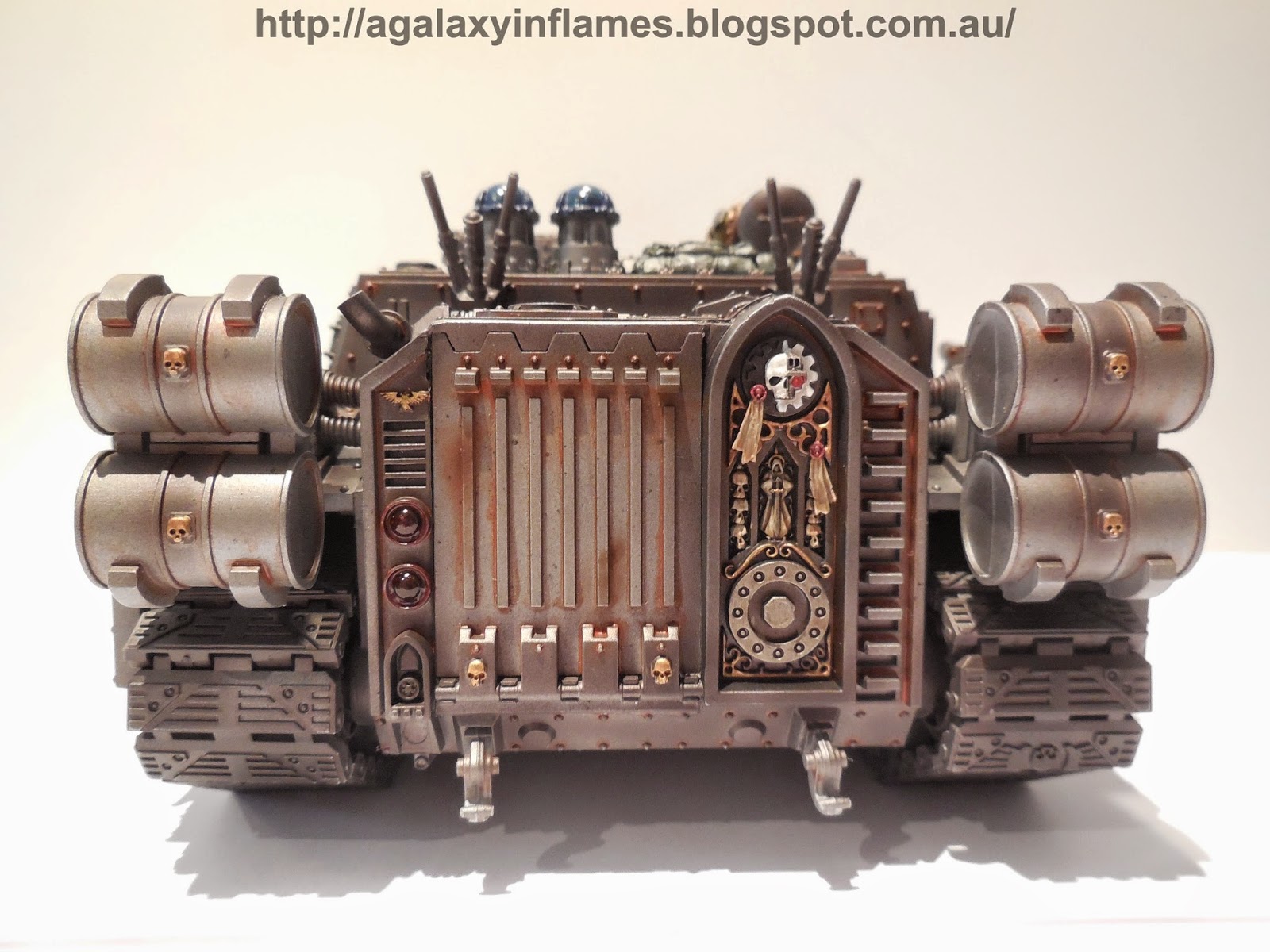 The Void Shield generator is a bizarre mix of hues. I wanted it to seem a bit other-worldly, and up close, it looks almost like a nebula. The crewman up top is just for the rule of cool. 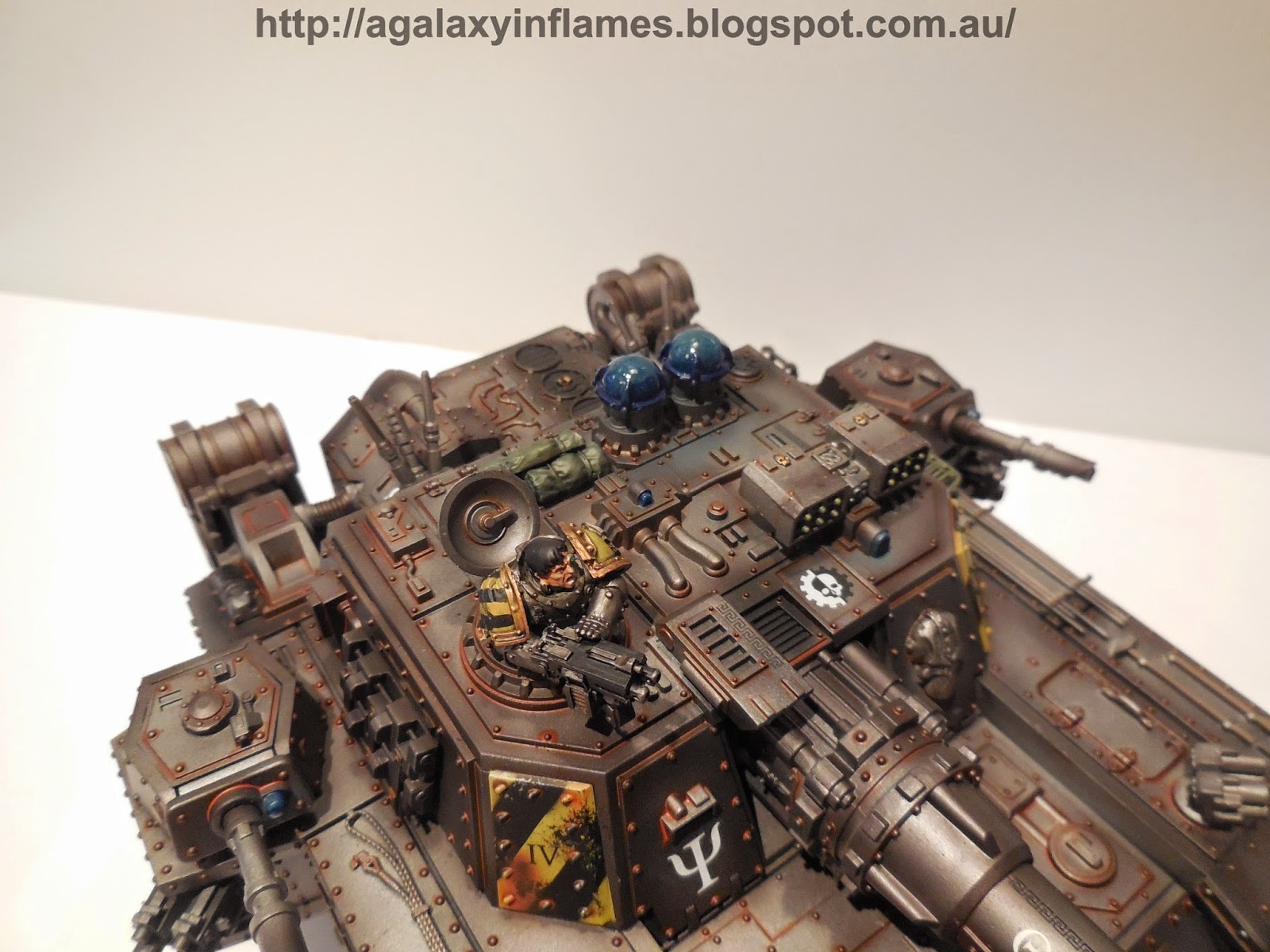 In Greek mythology, King Minos had a Labyrinth which held the minotaur. Funny enough, Perturabo does too, and his minotaurs are upon the hull. If I had a David Bowie decal, I would have him on there too. (Labyrinth nerd reference) 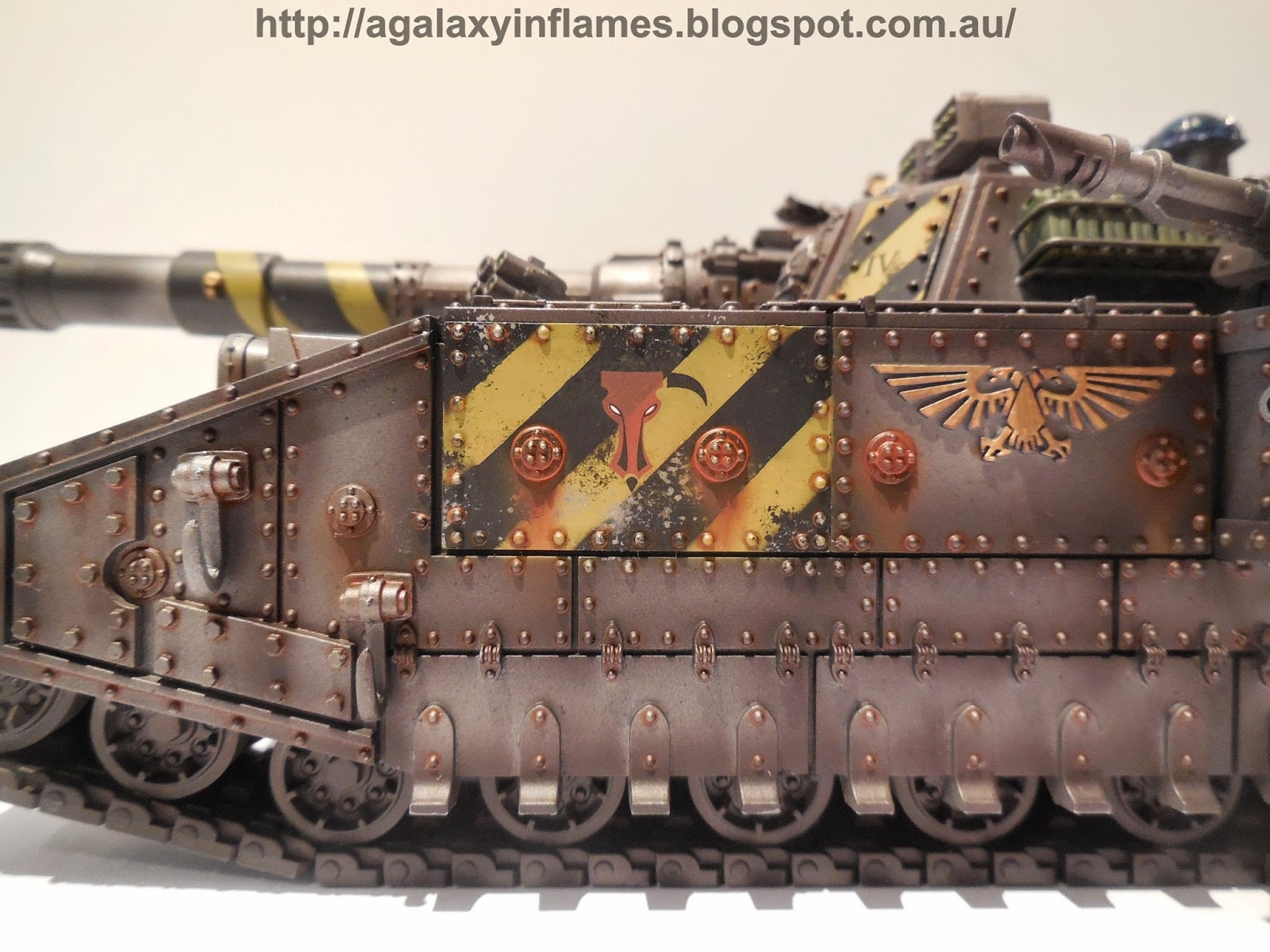 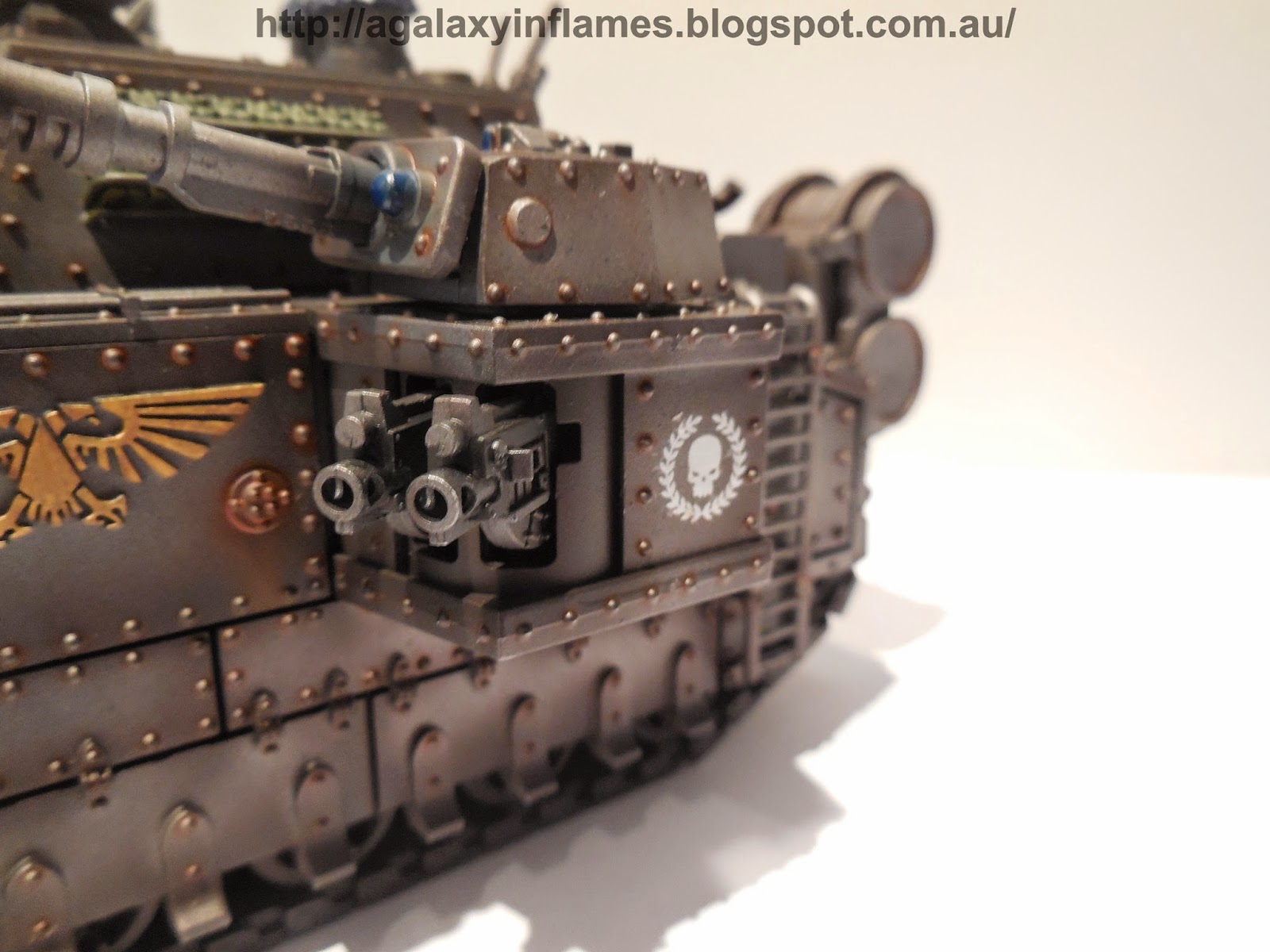 The custom Iron Warrior icons I sculpted came up a treat too. 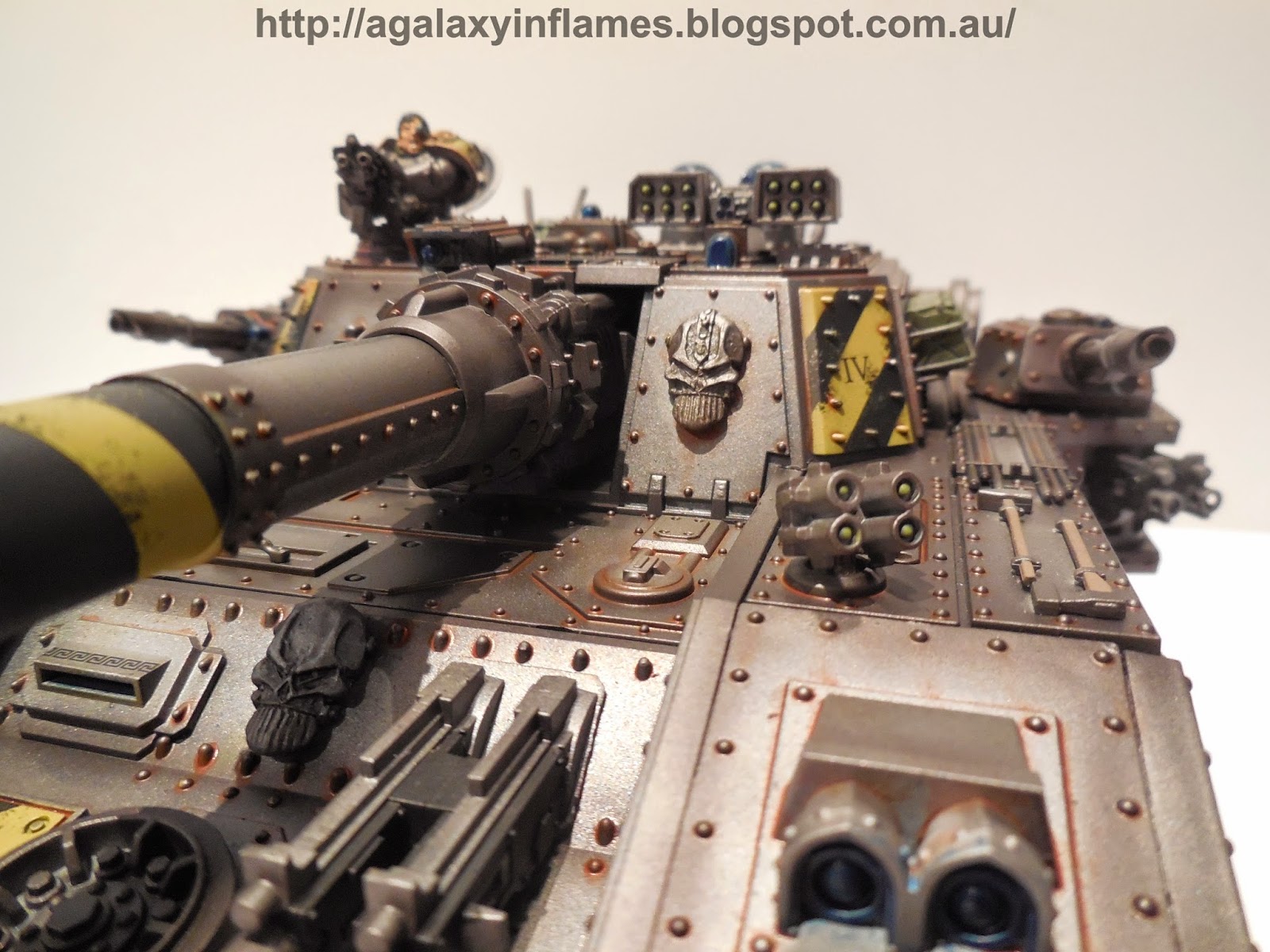 There are patterns above the letters on the gun and along the top of the drivers visor slit. 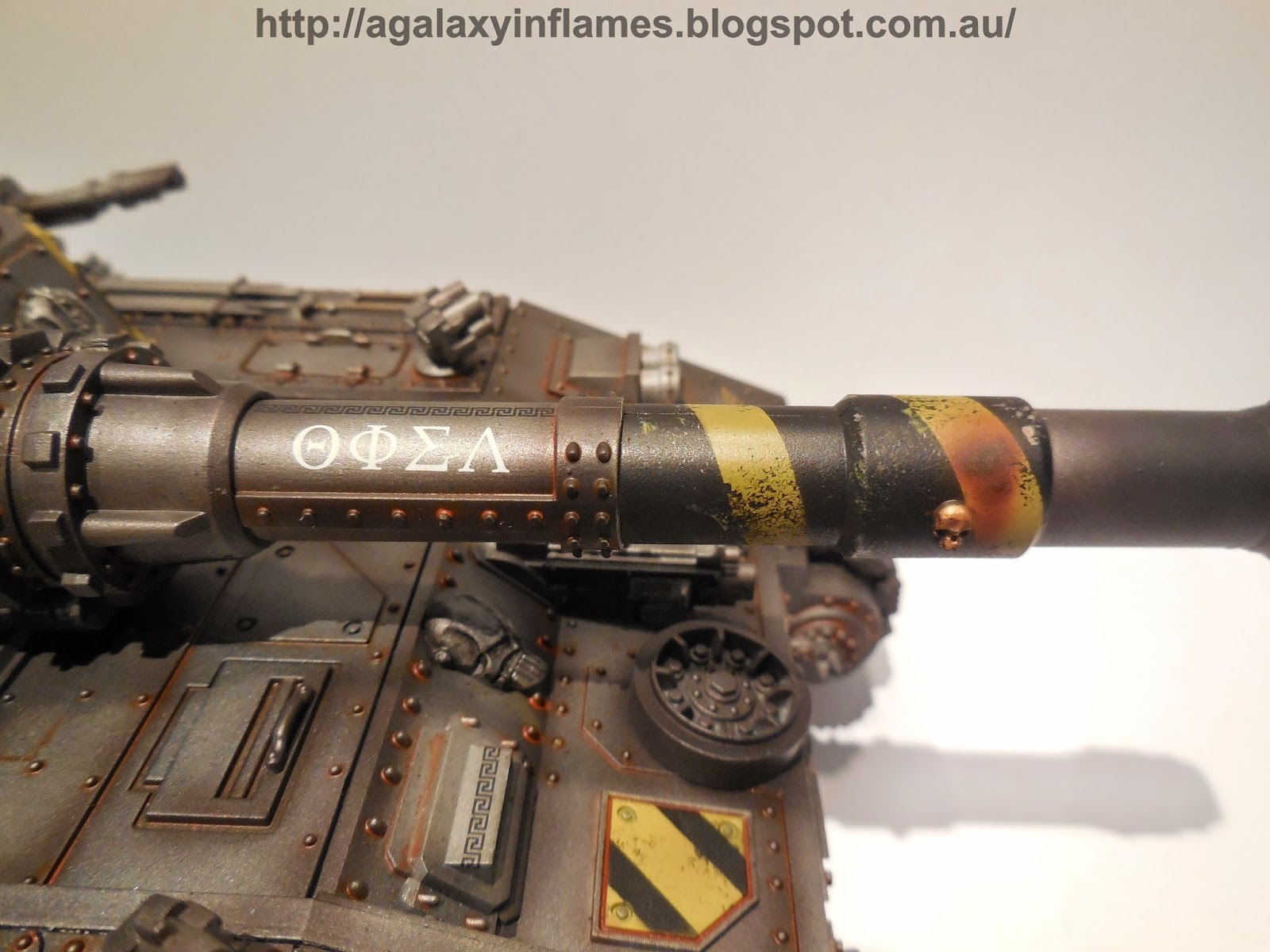 Lastly, the upgraded communication arrays, Void Shields and the exhaust in its new position. These are of course the little things that needed attention to help bring this tank to life. 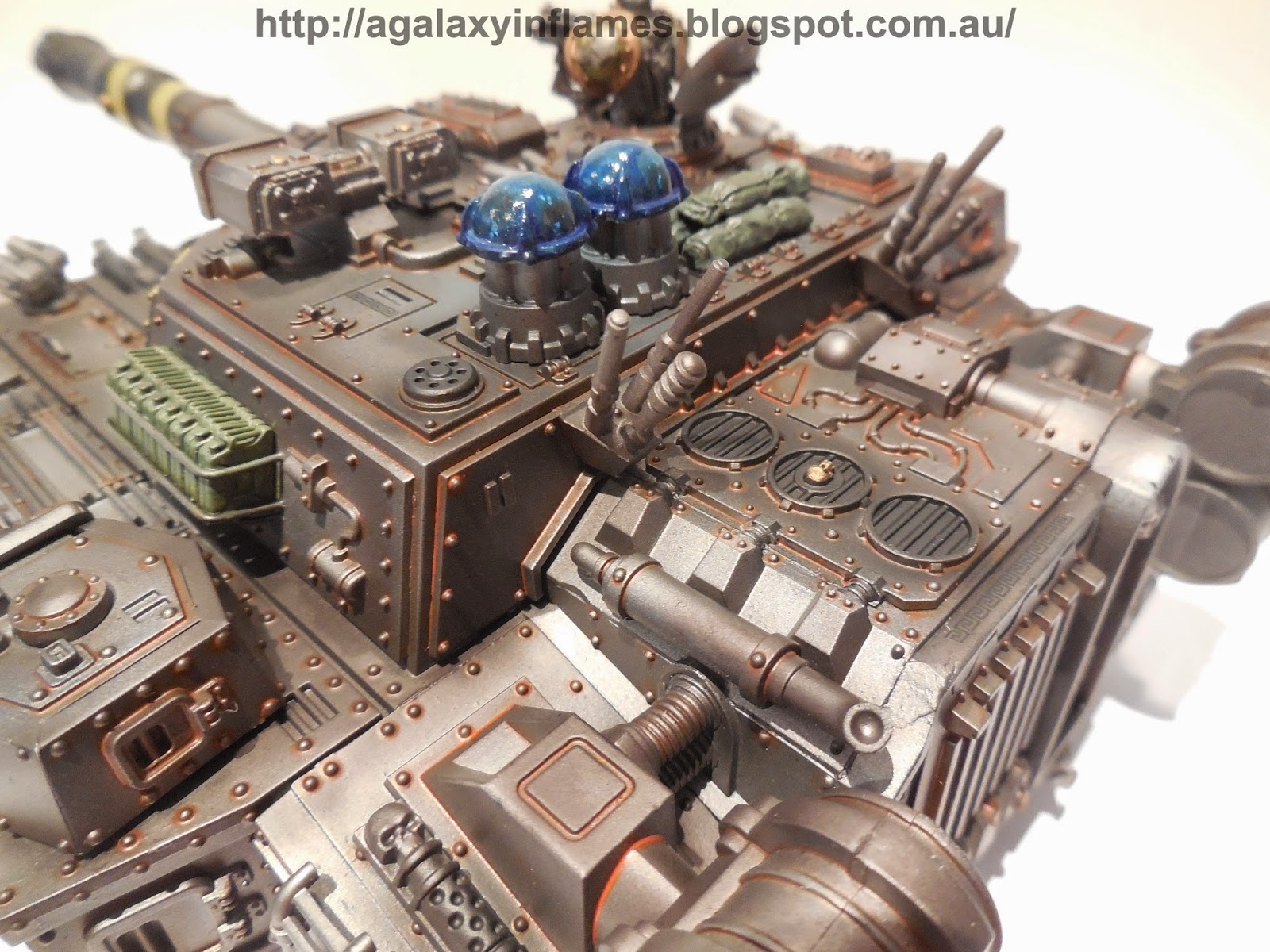 Well, that's all for now. It's been a blast, I wish everyone who reads this a happy new year, and all the best with your hobby endeavors,