Alpha Legion Rite of War: The Coils of the Hydra

G'day guys, Macca here and today I am bringing you a look at the most complex and difficult to use Legion and Rite of War so far: The Alpha Legion and the Coils of the Hydra. The Alpha Legion is one of the few forces that aren't just a 'pick up and play' army. They require a deft touch and a sly general to get the most out of them... just like the real deal.

The Alpha Legion lacks a lot of the style that other Legions do. There are no specialist melee units, no Palantine Blades, no Gal Vorback and no Suzerin. The units they have are in fact an unorthodox combination of Recon Squads meet Veteran Tacticals on one hand, and Terminators meet Tactical Support Squads. Their units are nothing special, and in a one vs one fight they won't hold out for long, but...
as a combined force, using their mutable tactics, you can pull some amazing stunts off. First off, let's take a look at the Legion special rules and the Rite of War. 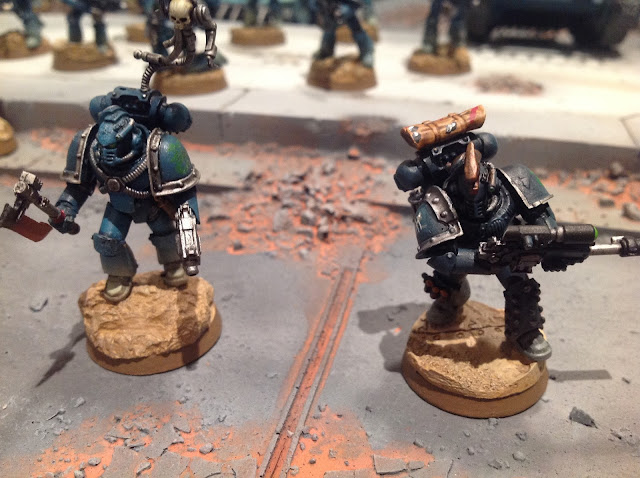 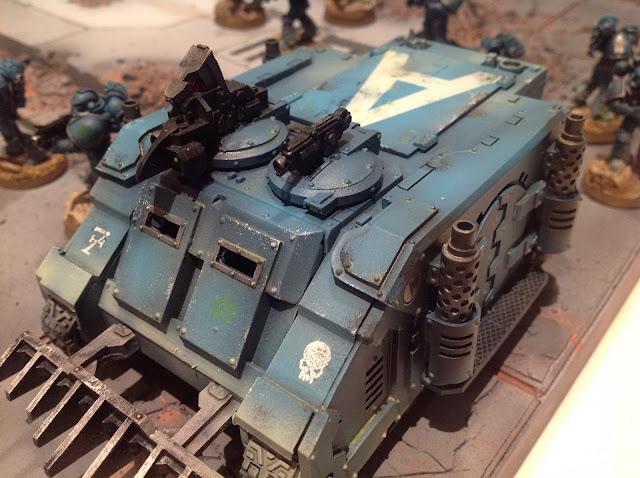 As far as legion special rules go, this one is amazing. You get a choice of Scout, Infiltrate, Tank Hunters, Counter Attack, Move Through Cover, or Adamantium Will. You are allowed to choose it when you pick warlord traits, which means that you can custom tailor your army to your foe for every encounter. Perhaps the enemy is relying on militia manning an Aegis Line? You infiltrate right up. Maybe the table is covered in terrain, perhaps move through cover will be your choice?

Basically, if you lose more units than your enemy, he gets a bonus VP. This one is really simple, you just make sure you kill the other guy, and if you are losing more units than they are, they probably have more VP's anyway... 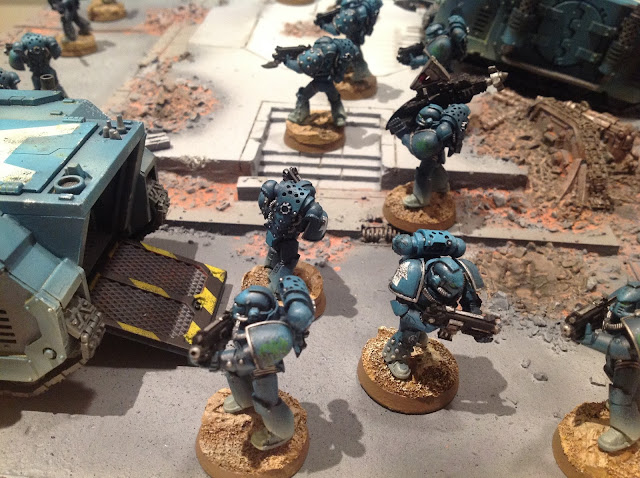 The Coils of the Hydra:Abilities:

You gain a bonus to your 'who goes first' roll, or you can re-roll to seize the initiative. I suggest that this is best used when infiltrating as you'll gain the most out of taking turn one. Bonus points for taking Alpharius and gaining a 4+ seize roll with re-rolls...

-1 to enemy reserves. I suggest running this with a Land Raider Proteus with the Explorator Augury Web upgrade, which will add a further -1 to reserves. For being even more of a jerk, run the -1 reserves Strategic Warlord Trait, you can bring a reserve-dependent army to tears when they can only call reinforcements on a 6+. The bonus points here? Run Alpharius again, and now if they bring on their pathetic reserves on a 6+, you get to roll a dice and on a 4+, your own reserves arrive instead.

Bottle their tears and use them for lubricant as you pleasure yourself after the game, suitably satisfied that you're causing more tears to be shed than Matt Ward.

The Rewards of Treason:

Gain the ability to use any other Legion's special units (except for ICs or unique units) as an Elites choice. They keep all equipment and special rules, but switch out their parent Legion's special rules for the Alpha Legion's rules. My personal choices? Gal Vorbak, Palantine Blades, Invictus Suzerin, Firedrakes, Siege Tyrants etc.

...all with mutable tactics... infiltrating Palantines or outflanking in a Land Raider with +D3 movement on arrival if Alpharius is in the force... 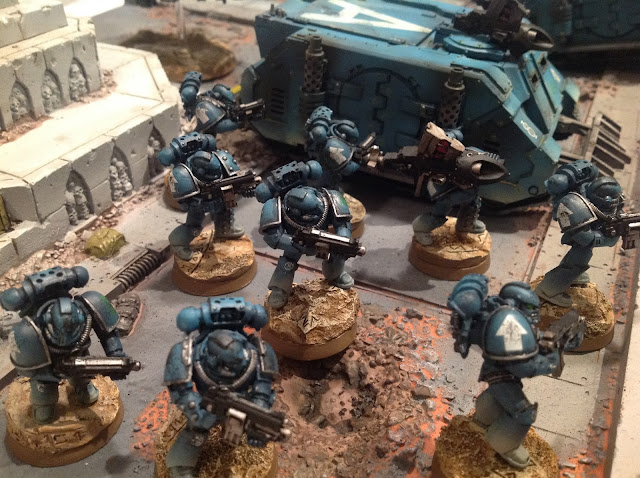 Must take an additional compulsory Troops choice. Meh. You want to make the most of your abilities, and extra scoring never hurts.

All infantry must possess either Deep Strike, Infiltrate, or a Dedicated Transport. You kinda want to infiltrate anyway, if you don't want to be on the board, just use the transport. Rhinos can be really good in this army.

Only one Consul permitted (save for Vigilator). Skorr is a good choice, as he gets to pick his Warlord Trait, such as the -1 to reserves... personally, a Forge Lord with rad grenades is better because he goes so hard when you attach him to your shoplifted unit from another Legion. Gal Vorbak getting essentially +1 to wound? Ouch.

No fortifications or allied Space Marine Legion detachments. Ok, so who the fuck takes an infiltrating army and fortifications? Pfft. As for allies, you can take Mechanicum still and who cares about the other Legions, they all treat you pretty much as distrusted allies. If you really want their units, just steal them! 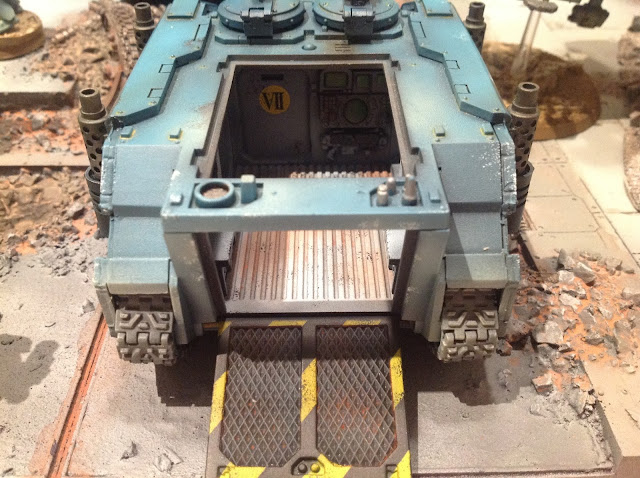 The Points of Note:

So, onto the rundown. The problem with this Rite of War is that it restricts your play style when it comes to mutable tactics. If you want an option other than Infiltrate, you're going to need to take dedicated transports for everyone. The problem with dedicated transports, is that you are unable to take options other than Rhinos for several units, and this can be a very bad thing. Why? Because you're almost certain to be giving away the extra VP for Martial Hubris as you place double the units on the table for everyone with a transport. Newsflash: Rhinos die a lot.

For HQ's you're restricted to only a single Consul choice other than the Vigilator, which will hurt you deeply. Masters of Signals, Siege Breakers, Forge Lords etc are force multipliers, but when you're restricted to one, you need to choose wisely. If you cannot stock up on the consul options, what do you do?

We all know the focus of any legion should be the infantry, however they can only do so much of the work, and as you must adhere to the restrictions as per the Rite or War, you will really want to have Vigilators to help bulk out your force, however they really should be deployed with a unit. Since they cannot join a tactical squad in a Rhino (no space) or a unit in a Dreadclaw (no space, plus that's chewing up a useful Fast Attack slot) you're probably going to put this guy in a unit of either Recon Marines or Headhunters. But what do you choose?

Headhunters are really just Seeker squads that have exchanged a few rules and wargear options. For example, they lose the Marked for Death rule and gain Preferred Enemy: Infantry. They also gain Infiltrate, and like Seekers, they count as scoring and have Precision Shots. For wargear, they lost special issue ammo in exchange for Banestrike-only bolters, which suck balls. As a unit, they are the same base price as a Seeker squad, but more points per model than the already horrendously expensive Seekers. They can buy twin-linked or combi-bolters, but that's a waste of points as they are already BS5 and have Preferred Enemy! Personally, I think regular Seekers do the same job but better. Instead, take Recon Marines if you want to take a Vigilator, as they are pretty survivable in cover, and can dish out some real hurt with sniper rifles, and as a bonus, they are troops choices, which means they can free up your other Force Org. slots for other units. For a bonus-bonus, they can take a Storm Eagle as a dedicated transport, meaning that they can also take one of those if you want to have one and free up a Fast Attack slot!

Due to the lack of HQ options with which to buff the force, I personally think that Alpharius is a must. As a Master of the Legion, you are able to take a Rite of War without taking a Praetor or a Delgatus, freeing up some critical points and Force Org. slots for other units. With his relatively low cost, and his insane ability to buff the army into the stratosphere, you'd be an idiot not to take him. There is no equivalently price Lord of War that really works with the army, as you either aren't getting any benefit from the Legion traits, or you just don't mesh with the rest of the force. The Primarch of the XXth is however only good for buffing the force, or adding a few extra attacks here and there. A character like Sigismund is actually strong enough to risk causing serious harm or even death to Alpharius (or Omegon...) so you are best avoiding powerful characters lest you lose your awesome buffing character.

Infiltrate ze tanky units! Red Butchers, Gal Vorbak etc are insanely good when infiltrated at the start of a game. You can cause a lot of mayhem with one sneaky deployment. I have often found that when running massed infiltrate that my opponents become very very cautious, and often castle up in either the corners or the centre of their edge. I highly recommend infiltrating because the ability to throw off your opponent and concentrate your forces on one flank simultaneously can be a game decider straight out of the gate.

Support assets. These assets are key, as your units will generally lack the toughness or damage output of other legions, I feel that you are best off using a Deredeo and a Sicarian in your Heavy Support, along with the Land Raider Proteus. The ability to reliably destroy enemy air assets on arrival makes the Deredeo a must-have, and the Sicarian (or Sicarian Venator) is a great tank regardless and deserves to be in any army. For your elites slots, obviously you want your shoplifted unit from another Legion, but I also feel that Laernean Terminators are a good choice, as they are Cataphractii armed with Power Axes and Volkite Chargers, have WS5, Stubborn and the leader has 3 attacks base. The unit is also scoring, and each terminator costs only 3pts more than an identical Legion Terminator. Instead of the Reaper Autocannon, they can take a Conversion Beamer, for a S10 AP1 at long range, and a S6 blast at close range, and although costly, it can provide an awesome firebase if you have a pair of 10 man squads firing 2 each across the table! 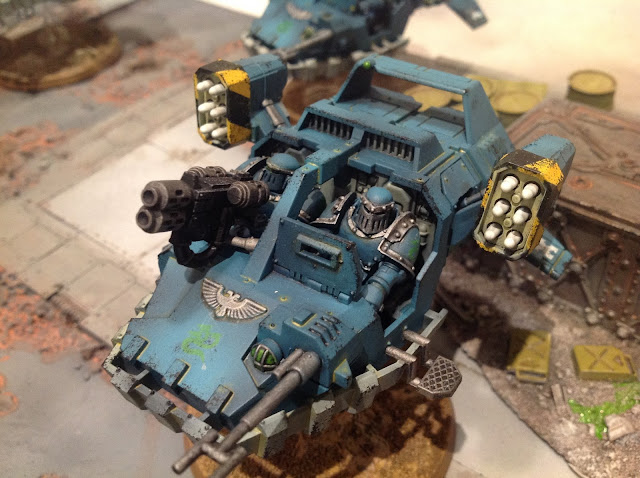 So, there you have it, a quick look at the finer points of the Alpha Legion. I have found that most people who play them get really discouraged as they try to battle enemy forces head-to-head and it is generally unfavourable to do so. This leads to most people panning the legion as mediocre, when in fact I think they are amongst the strongest of the traitor Legions. The Alpha Legion will reward a great general, but they will also cost a bad general games. Keep playing them, learn where and when to infiltrate, and this army will be like herpes, it will be a gift that keeps on giving... herpes.