Wiseman here for my first post, with Act of Heresy coming in January I’ve been busy trying to work out my list for it. Not always the easiest unfortunately to do, finding something that will be competitive, without going too far above or below the power curve. It also needs to be something that will be fun to play with, for both myself and for the opponent to play against. I wanted to do something different as well, instead of my Imperial Fists, I figured it was time to get my Dark Angels done (it may have helped that I had also heard that the next book would have rules).

Unfortunately at this point, I was left with too many choices. One of the really great parts of the Horus Heresy is the construction of an army list. I do like that Games Workshop try to open options up to players, in fact, truth be told, I don’t oppose the idea of formations to create thematic lists, it's just that the execution of it feels rushed and does leave a bitter taste in the mouth when you look at free upgrades for buying certain models.

But Forge World have definitely taken this idea, and pushed it in a direction without stopping you from having to think. Though there is only currently 4 Army Lists (Crusade Army List, Mechanicum, Solar Auxillia, and Imperial Militia and Warp Cults), the options that they have created inside of these really do allow you to run any variety of army you like, with 18 legions, 3 styles of Mechanicum Armies and  9 different Provenances you can mix and match for the Militia list.

If this wasn’t enough the Legions have Rites of War to tailor it even further in the direction that you would like to go, you love the image of falling from the sky to rain down fiery death, Salamanders Orbital Assault has you covered. A shield wall marching down corridors of a ship, clearing it room by room, that's what your Imperial Fist Stone Gauntlet is for.  On top of all this there is then the alternate force organisation charts, Onslaught opens up more heavy support, Leviathan allows you to see how an army would go bringing down a Titan, or you can be the master of your fortress with the Castellan force organisation chart.

While this may seem like the game set in the 41st millennium, Forge World have taken this variety and tempered it with making you think about what you want to do, Pride of the Legion may sound awesome because it allows you to take Terminators and Veterans as troops, but is that so great when you are left with such a small number of models on the table that will not only gift your opponent extra VP if you lose them all, but prevent you from bulking out your army with cheap expendable troops by cutting off your option for allies?

You really need to sit there and plan out your list before you start, and this is what I’ve been enjoying most about preparing for Act of Heresy, I wanted to do a Dark Angels army, and when I read about the discipline of the First Legion making planet fall by Drop Pod onto Macragge, I knew that was how I wanted mine to approach the table. I’ve always enjoyed playing armies that have minimal deployments and this is something i wanted to carry into my new army. Deep Striking all my units on where they were needed.

There were some units I knew I needed to field in the list, because they’re just too cool not to: Jetbikes; Dreadnoughts; Deathstorm Drop Pods; a Caestus and a unit of Javelins. Though fitting all these in together while still getting troops was not going to be easy. 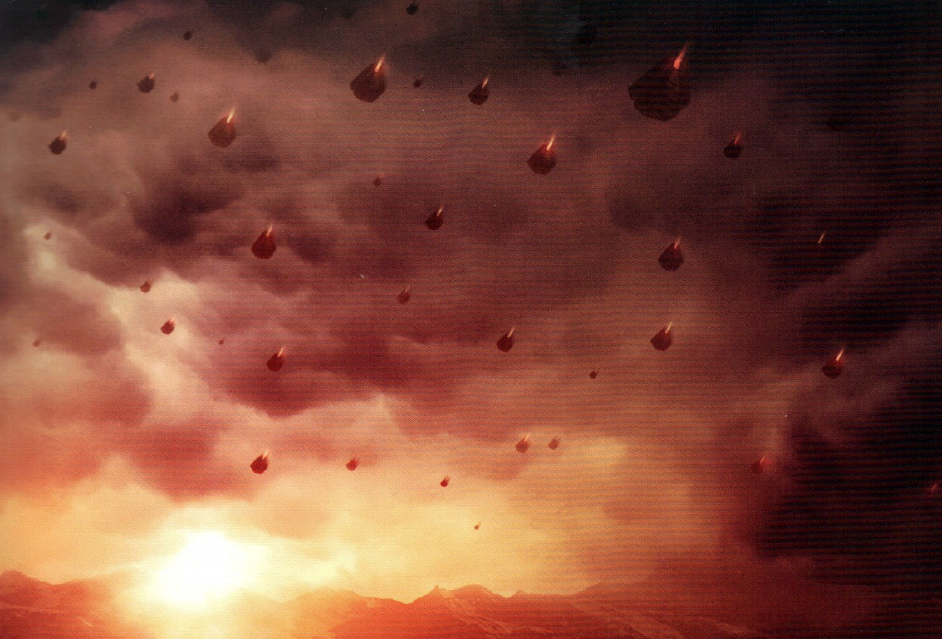 Limitations
*Units that cannot be deployed via Deep strike either by having access to the rule themselves or because they cannot be carried in a transport vehicle that has it (Infantry in Drop Pod for example)may not be chosen as part of the army.
*You may not take a Fortification Allied Detachment
*All units purchased Dedicated Transport must begin the game within them.

For a deep striking army, this is always going to be the most obvious option, Drop Pods for Infantry and Dreadnoughts, nothing allowed to start on the table. The limitations for it aren’t massive limitations if you’re going for that style of theme.

As I looked at the though it didn’t quite give me what I wanted for my list, I couldn’t get enough onto the table in turn one without running the risk of losing it all if I went first (this has happened to me in the past in 40k when I’ve tried running Drop Pod armies before). Deathstorm pods and Dreadnoughts aren’t the most resilient when there is an army's worth of firepower coming their way. Also Deathstorm Drop Pods are an option as Fast attack in this style of list instead of being a Heavy Support Choice.

There were options to minimise this risk, Kharybdis Assault Claws with 20 Marines inside being the biggest of these, a large Terminator Squad teleporting in could also be an option but runs the issue of having the unit land in an area where they won’t mishap, and also being susceptible to blast weaponry, and while Cataphractii are more durable, they can’t run to make themselves more resistant to templates hitting them.

In the end I decided that Drop Pods for tactical squads while a nice option, wasn’t as great as the possibility of being guaranteed not going first. For this reason, I actually opted for the Onslaught Force Organisation chart, instead of the Orbital Assault.

Rolling thunder:
Thanks to the thunder of their approach, the attack of an onslaught army is usually more then easy to predict. As a result, in any mission where the first turn is the result of a dice roll and unless the enemy force is also an Onslaught Force Organisation Chart this army never has first turn unless it can Seize the Initiative.

The lack of a 3rd Fast attack left me with a conundrum for the trio of Jetbikes, Storm Eagle and Javelins that i wanted to run. But adding a Jetbike to my Praetor allows me to give them to his Command Squad as well (the Legion Banner is also a nice addition), and a unit of Knights flying in from the sky is definitely a cool image, each one a hero about to issue Challenges as befits them.

This is exactly what i like about the heresy, is that with a theme in mind for how you wish to build your list, there's many different ways to go about executing it. If you think outside of the box, you can come up with some great combinations for your armies and create a really interesting list. The Rites of War are a great basis for this, but with a bit of thought you can tailor your list to get different effects and gaming styles.