Hey guys, Wadey here! In recent times we have seen some of the other AGIF authors talk about the Rites of War that are applicable to their respective legions so today I'd like to follow suit and talk about the Emperor's Children ROW 'The Maru Skara'. 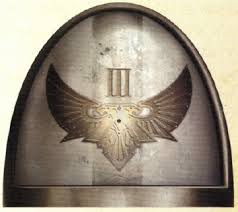 For the Emperor's Children their quest for perfection in war consumed them almost as much as their loyalty to their gene sire, Fulgrim. The III Legion were highly adaptive and their ability to execute tactica and strategy flawlessly upon any battlefield made them masters of what they had turned into an art form. 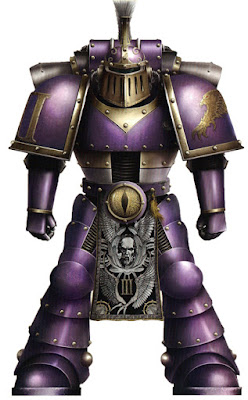 The Maru Skara or 'Killing Cut' was one such way for the Emperor's Children Praetors to attempt to achieve the level of perfection so sort after by the III Legion. The Maru Skara originates from the lore of Pan-Europic duelling cults, the idea being that a rapid strike is used to force the enemy to engage their guard allowing for the delivery of second fatal blow to which there is no defence.

There are two parts to Maru Skara: The Open Blade and The Hidden Blade. Lets start by taking a look at these effects and get a better understanding of how and why the Maru Skara can help any Emperor's Children army to victory.

The Open Blade - Controlling players units gain +1 to their movement, and to their Run and Charge distances on their first player turn.

The Hidden Blade - Controlling player must choose a minimum of 1 and a maximum of 3 Fast Attack and/or Elite choices. These units and any attached Independent Characters and are treated entirely separate from all other reserve units in the game (they do not count towards Drop pod assault, army maximum reserves etc). After deployment but before the game begins the controlling player must secretly write down which turn from 2,3 or 4 they wish for their Hidden Blade units to arrive. This note is left in plain site face down and only revealed once the chosen turn arrives. These units arrive from reserve as normal and gain the Outflank special rule.

As with every Rite of War, the Maru Skara is not without its limitations. These limitations are as follows:


It is fairly easy to understand how the Open Blade benefits the III Legion. All units that begin the game on the field of battle have an extra inch for their move, run and charge which is extremely handy. As an Emperor's Children player you want every son of Chemos and his blade in enemy lines as quick as possible, felling lesser foes with the skill and finesse that proceeds the III Legion and those extra inches can mean the difference between getting a successful charge off or being left to fall prey to Bolter rounds or worse!

To put that idea into perspective, I have taken to running my Tactical squads as 15 Marines on foot with a supporting Apothecary. I equip them either with pistols and chainswords or where the points are available, extra close combat weapons and my SGTs are wearing a suit of Artificer Armour and carry a mighty Phoenix Spear. These squads are designed for two purposes: break enemy infantry and capture and hold objectives. On my first turn I want my tactical squads to move, charge and wreck havoc and in the event that is unachievable, make use of available cover and then move and charge the subsequent turn. With the use of the Open Blade these units now have a movement range of 7" a run range of 2D6 choosing the highest +1" (for a maximum of 7") and a charge range of a possible 13". Anyone who has failed a charge by 1 or 2 inches will know how important this can be! To some it may not seem very significant but for any Emperor's Children player it can mean the difference between starting on the front or the back foot. It is in The Hidden Blade is where the Maru Skara draws its strength. Now before I move on I think it is worth remembering that what is good/bad, strong/weak etc is at times subjective in this hobby. This particular effect of the Maru Skara is one of those times as it depends on what you are using the rule for that will govern what units are best suited to that role.

So, we know that the III Legion have plenty of Elites and Fast Attack choices available to them once you factor in Palatine Blades, Phoenix Terminators and Rylanor on top of those found in the Crusade army list. There seems to be a few units that are favored among Emperor's Children players when taking the Maru Skara as their RoW. These tend to be Jetbikes with the compulsory Legion Champion attached, Javelins with Multi-Meltas/Missile Launchers, CC/Melta Contemptors, Veteran Squads and Lightning Strike fighters. Now we are all aware that some of these units already have access to the Outflank special rule, it is in the guarantee of what turn they will arrive that can be a game changer.

In the case of Veteran squads, this rule works exceptionally well. The fact that you gain Outflank from the Maru Skara and also on top of that choose either Fearless, Sniper, Furious Charge or Tank Hunters makes them extra nasty. Outflanking Veterans tooled for Close Combat with Furious Charge arriving on a guaranteed turn coupled with the Emperor's Children special rules (those are to come in a later post) can be highly beneficial. 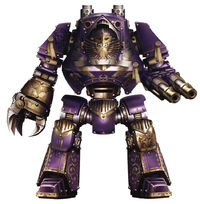 CC Contemptors arriving right on an opponents doorstep are scary as they are capable of taking on just about any unit and are tough enough to not only draw enemy fire away from your forces main body but in many cases, survive and unleash hell!
Javelins, Strike Fighters, Jetbikes etc benefit from the guarantee of arrival turn. These are all solid units that really hurt and knowing exactly when they will be arriving allows an Emperor's Children player the chance to better rely on set strategy rather than having unfortunate dice rolls and possibly missing out on key tactical opportunity.
It is VERY important to keep in mind that Independent Characters attached to units that are apart of the Maru Skara also gain access to outflank. A unit of Javelins with a Champion or Praetor for example would scare even the toughest son of Angron. Again, task appropriate but certainly a potential 'Ace' up the sleeve.

My personal experience outside of these units is very limited so I'd rather let you the readers share your experiences in the comments section below rather than make assumptions.
As I said earlier, what units are best suited all depends on the role you intend your outflanking units to take on. Delayed fire support, Close Combat, objective capture and control and even a means to split an enemies forces focus will be pivotal in choosing what units to field. 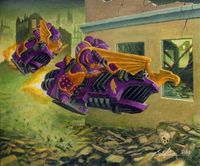 We touched earlier on the limitations that come with taking the Maru Skara. The first being that you may not take units with the Immobile, Heavy or Slow and Purposeful special rules. Now in my opinion this really doesn't bother me. The Emperor's Children are fast, swift and agile... these rules suggest units that are anything but so I personally wont lose any sleep not being able to take them.

Taking a Legion Champion CAN be a bit of a pain in the ass if you are struggling for points but given the wargear and rules available to them (again, I'll cover all that in the not to distant future) I think they can certainly be formidable part of your Emperor's Children army as long as you give them the right role.

Fortifications? As an EC player I can say I would never see a time i would want to take them so not having access is a moot point and as far as allies go, I myself have not yet used them and find that I am a little to attached to want to. If I ever took allies I'd use Militia Cult or Dark Mechanicum so again, this limitation has no baring on my army.

Being required to make sure you slay the enemies warlord is, IMHO, the only real negative to the limitations of the Maru Skara. So often battles are decided by one or two victory points and giving away free points is certainly not what Fulgrim would want to see his legion doing after having worked so hard to make their name as the pride above all other Legions.

Well that is about it for me for now. As I said earlier please use the comments section to share how you guys have run your army using the Maru Skara or for those who do not play but have fought an Emperor's Children army, what your opponent did or did not do and how it worked. As always its been a pleasure and make sure you stay tuned for more Emperor's Children posts including special rules/wargear and Independent Characters.