World Eaters Side Project: The HQ and Rampagers Part One

I have begun the process of combining the Horus Heresy World Eaters with their 40K cousins in a Frankenstein attempt to create the 'first Bezerkers of Khorne'. The only real changes are a couple of bits here and there, mostly the heads, and the left shoulder pad, as it has their Legion symbol superimposed over the chaos star. 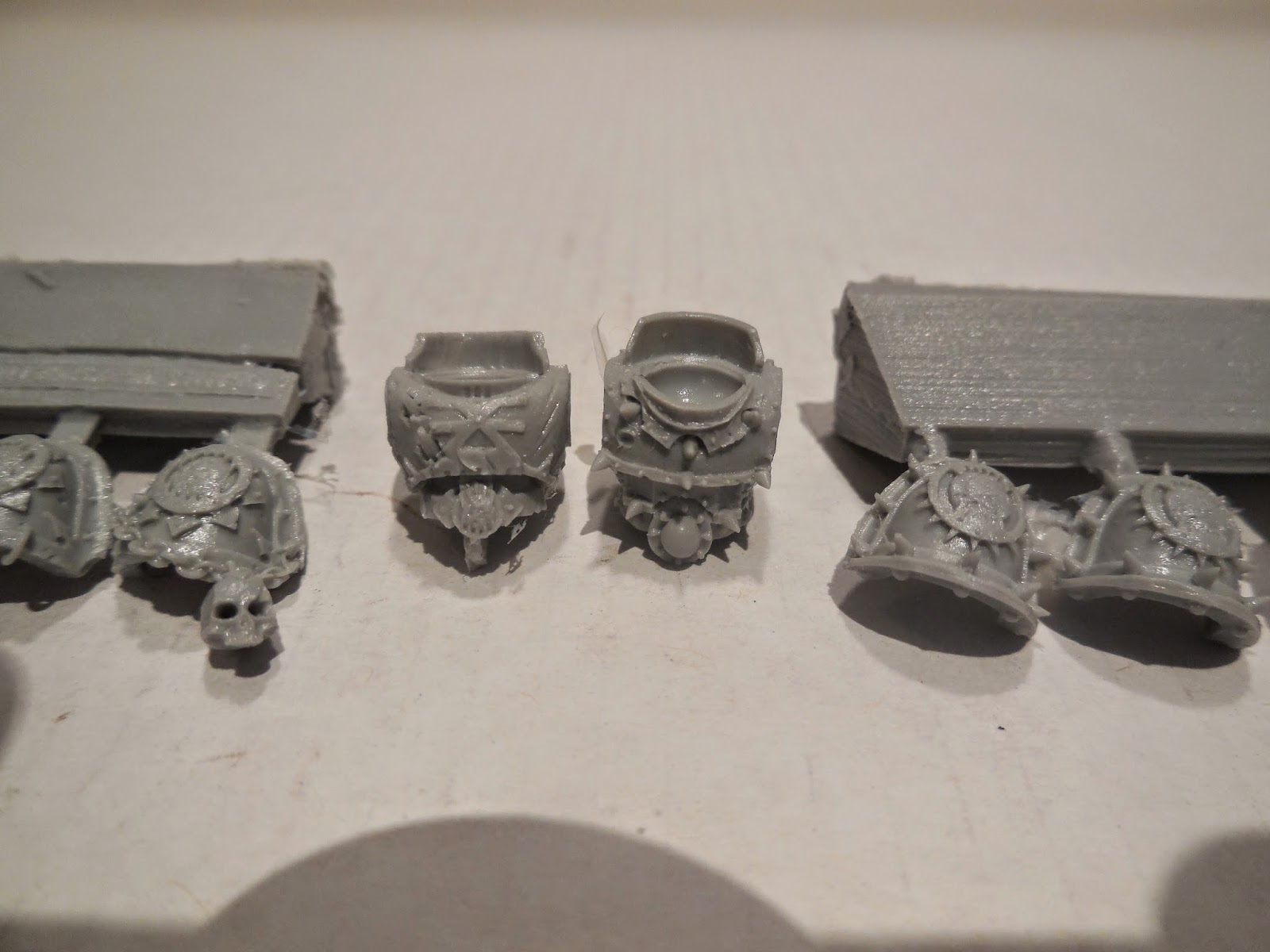 Here is the Lord/Praetor/Champion, until I get around to Kharn. He uses the 40K backpack as the Anvillus pattern was in use in the Heresy and also, skull trophies, I mean, c'mon! 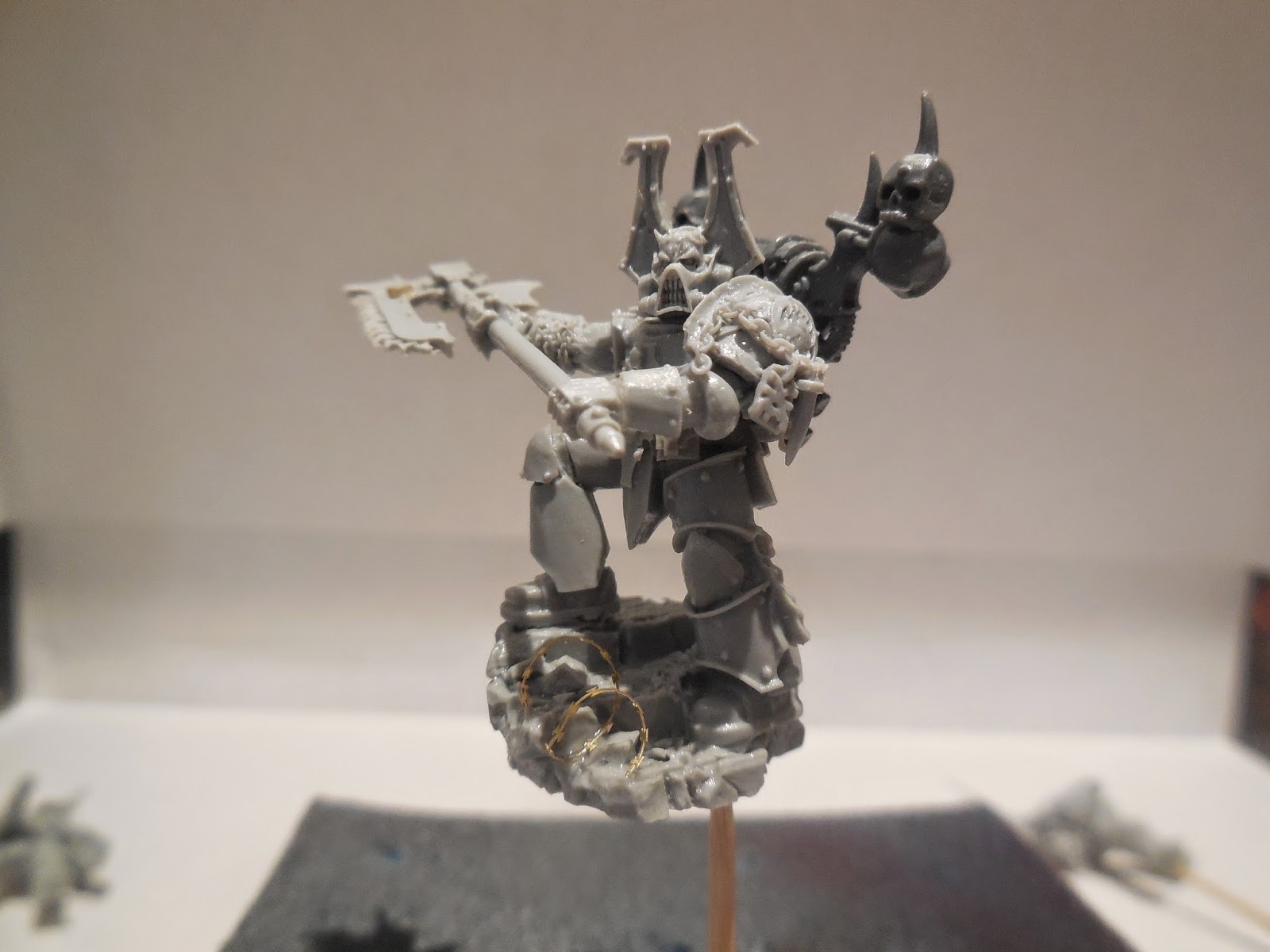 The axe is an Excruciator Chain Axe from the Rampager kit, with the small etch brass Khorne symbol added. He has a simple head and shoulder pad swap, and I have added a small bit of wire to the base to help blend it to the rest of the army. 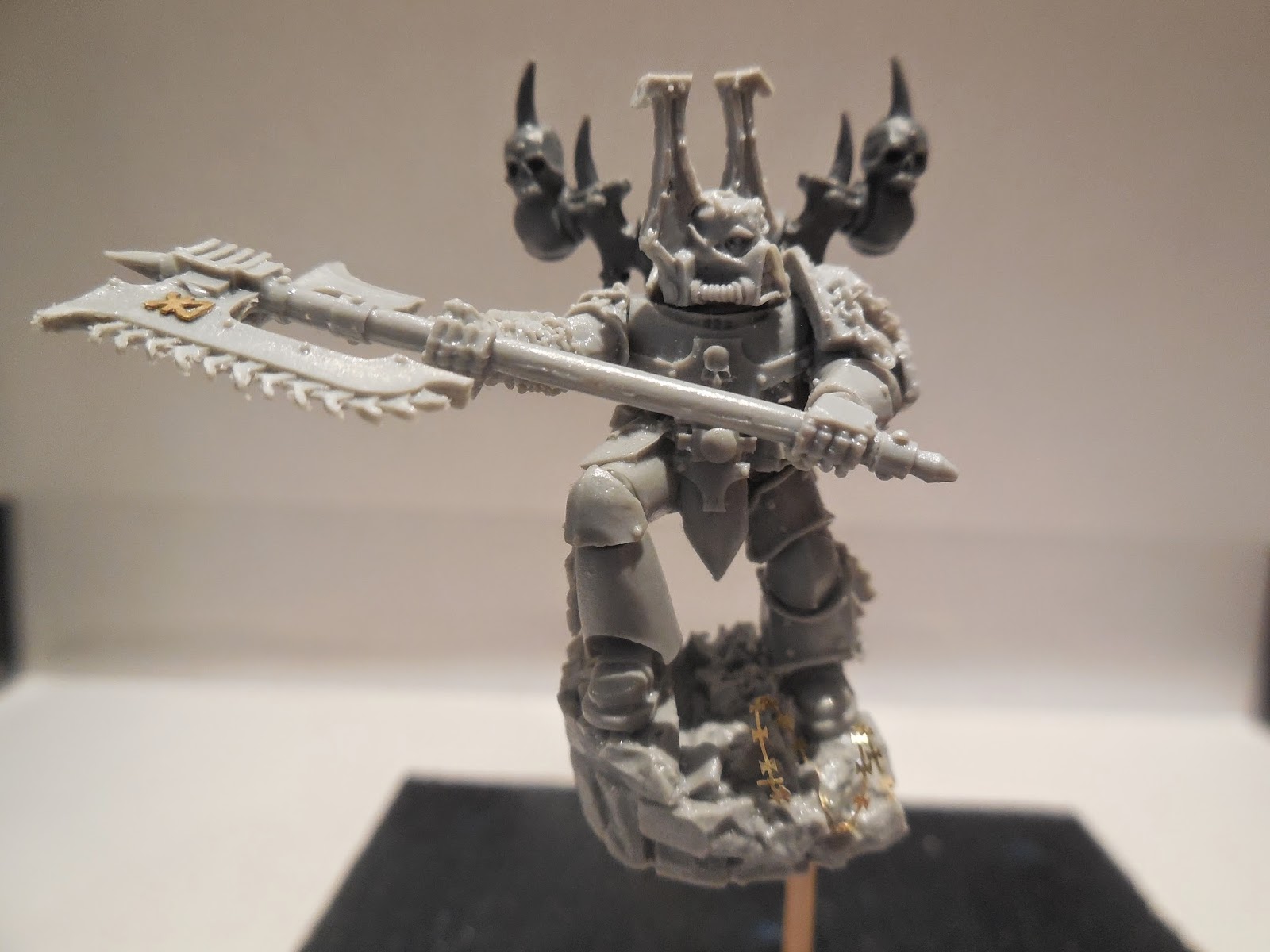 The Legion Signaller was just a bit of fun. In game they are a one-hit-wonder really, but I decided I would like to try making one in MK III armour, so I did. He has the 40k shoulders and head (as does each model here) and also a 40k Khorne chest. The arms are both from the actual signaller, but I have cut a MK III arm in order to create the full effect. The pack is a regular MK II and III sig pack. 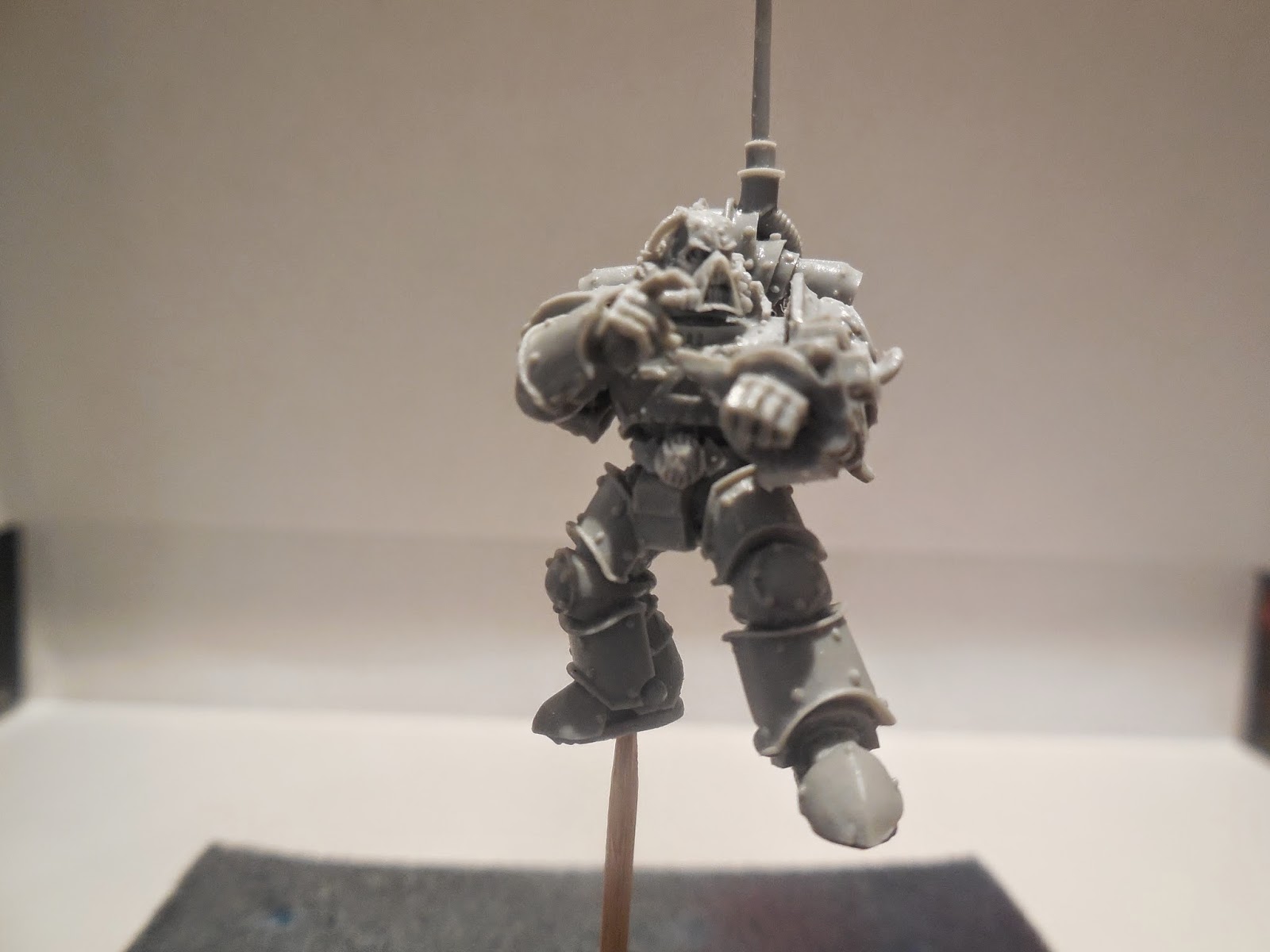 The Rampager Champion is armed with a Power Fist and Plasma Pistol. Khorne glyphs also adorn his fist. 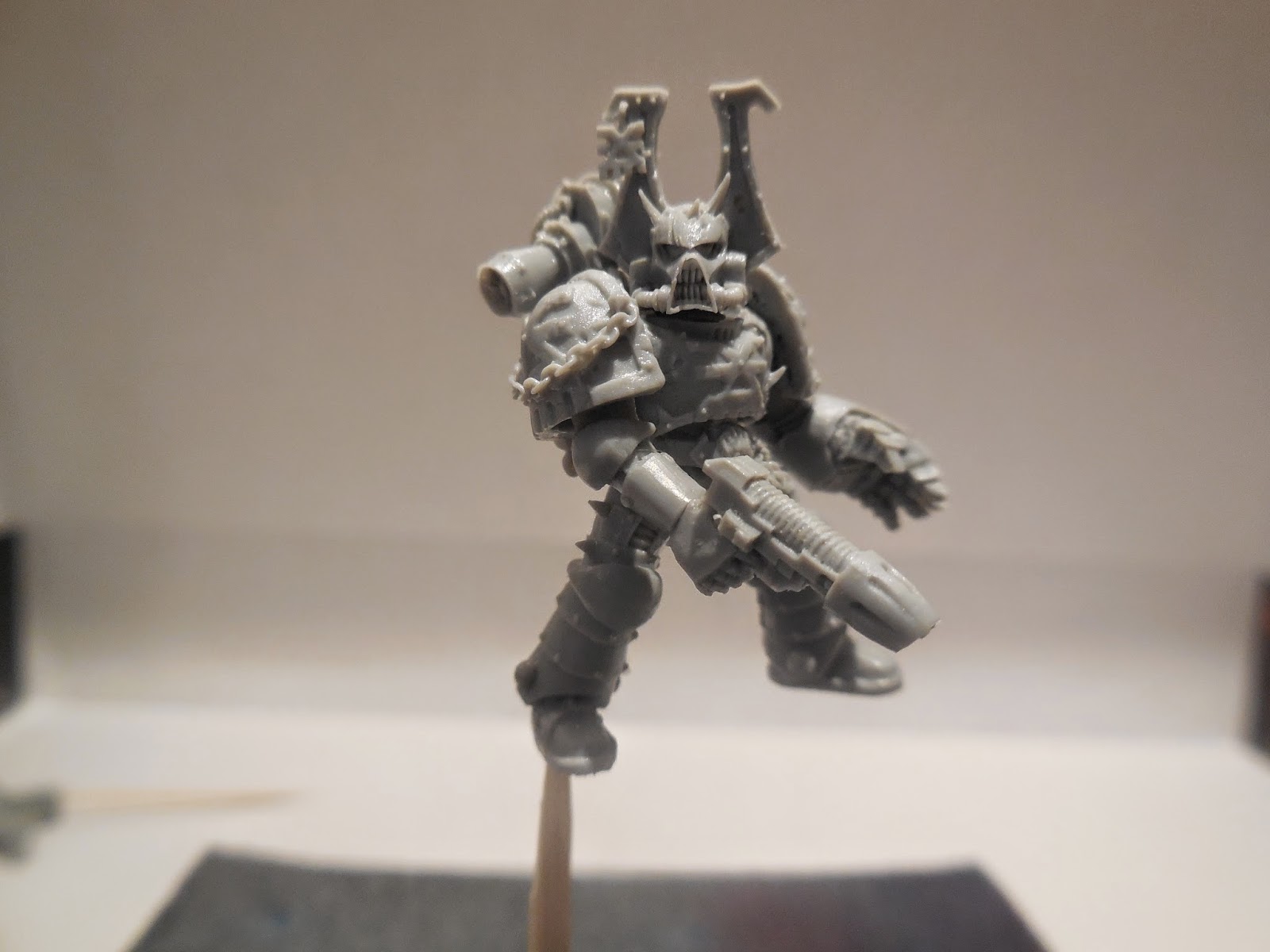 Now, the Rampagers themselves: 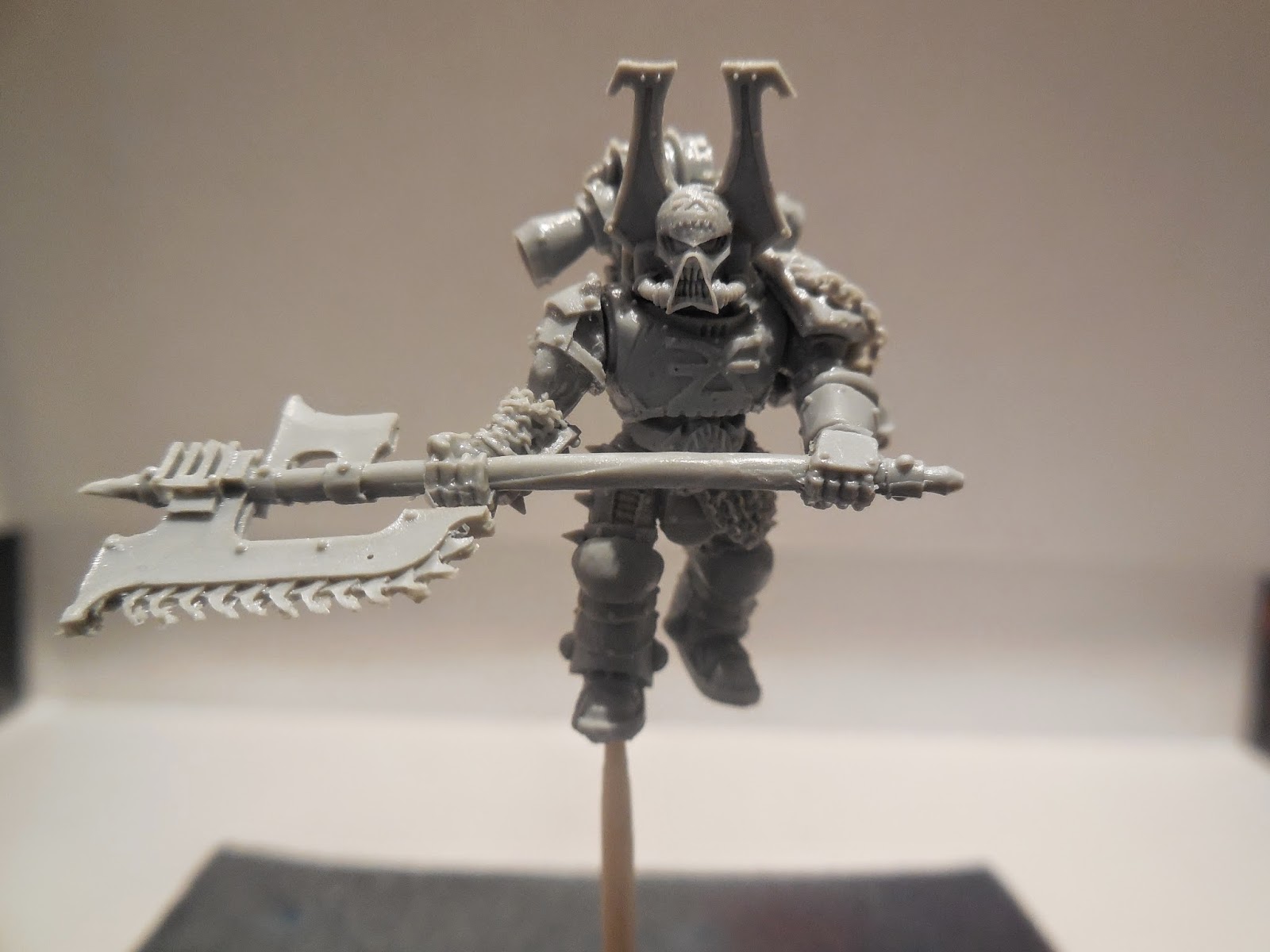 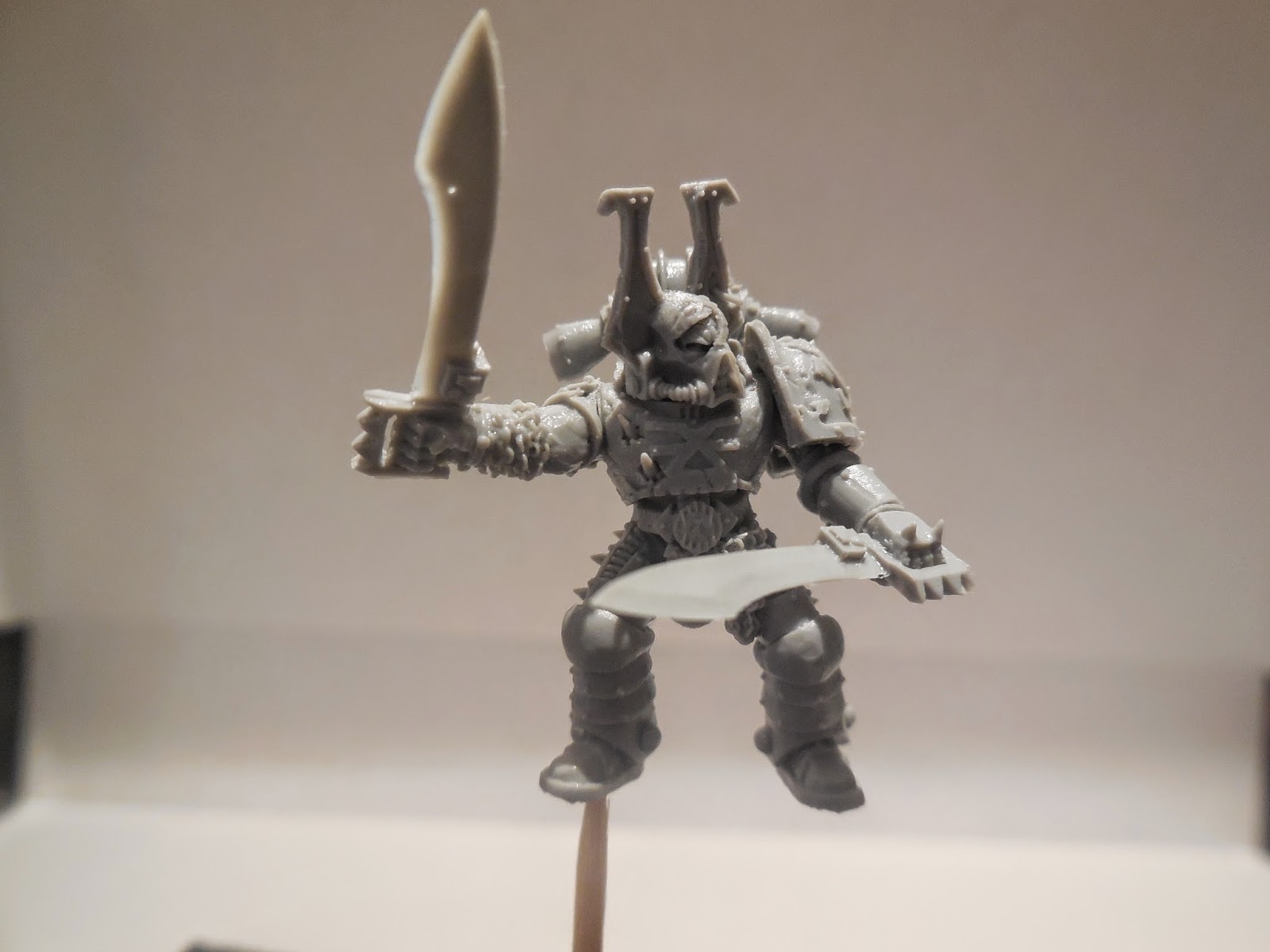 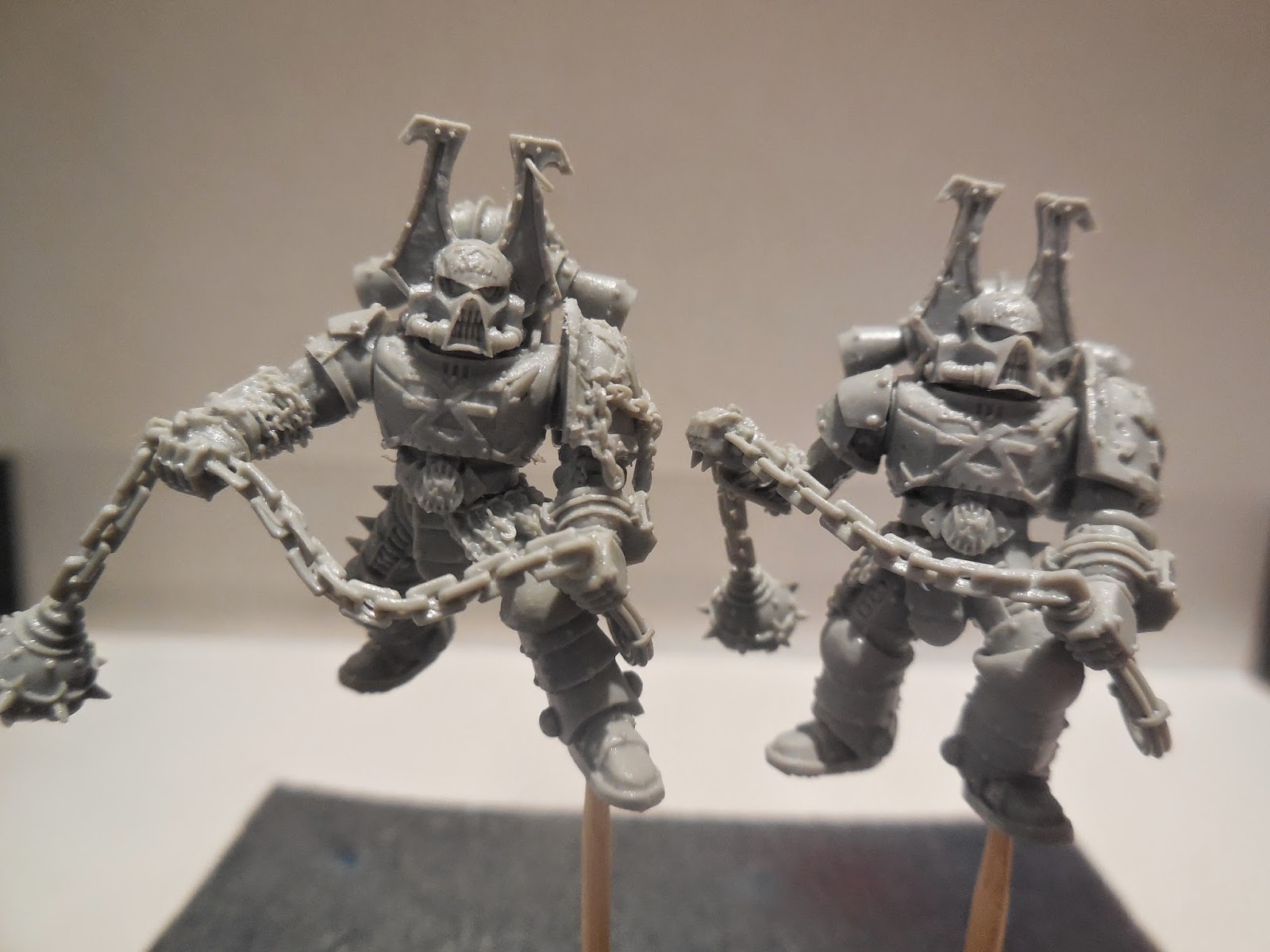 These models do look like they are 40k, and that's surprising since most of their parts are 30k. The big thing is the bunny ears, they really grant the 40k feeling. These ears will be soon released for Horus Heresy as part of the World Eaters upgrade bundle, although they are shorter and more curved, so I didn't think it was too much of a deviation.

So, what do you think of what I have done? Looks great? Heresy of the highest order? Let me know below,