World Eaters Side Project: The HQ and Rampagers Part Three

Ok, so here we are, the first batch of gentlemen for the World Eaters side project. Please forgive the over exposure on the images, I have a new photo setup and the lighting is new to me.

First we have the Praetor. This guy can also double as a Legion Champion, just a fun excuse to give a giant axe to someone. 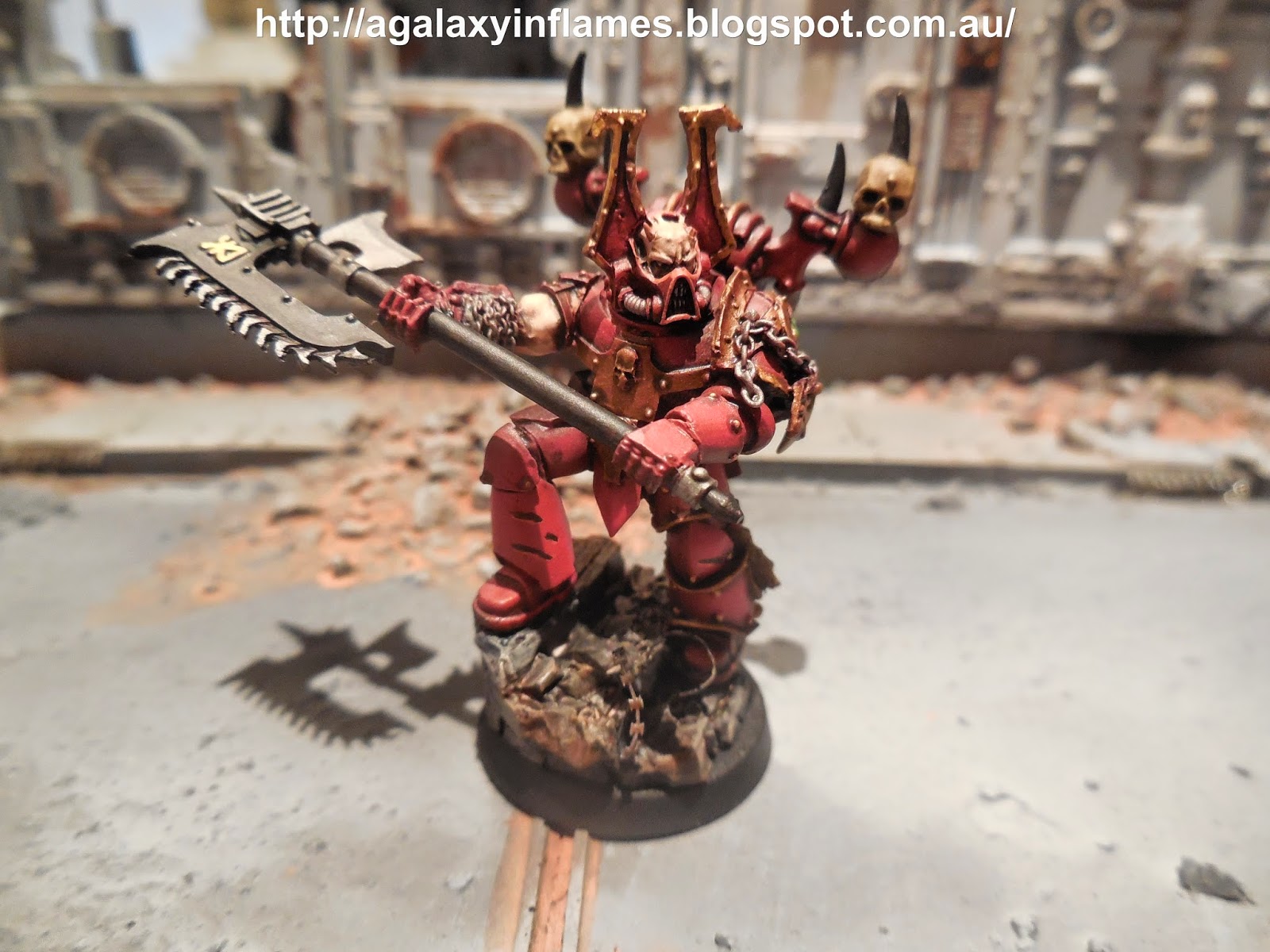 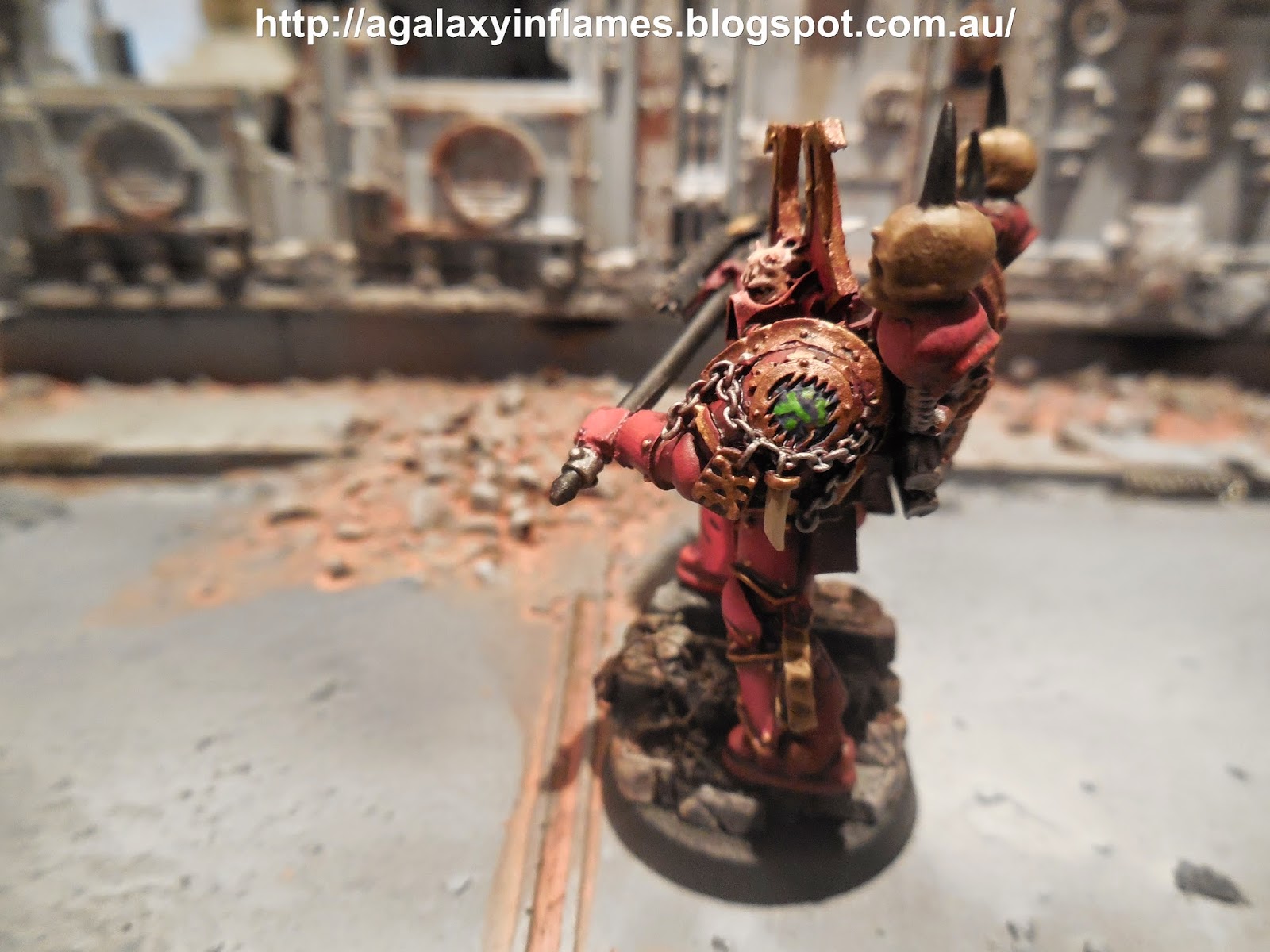 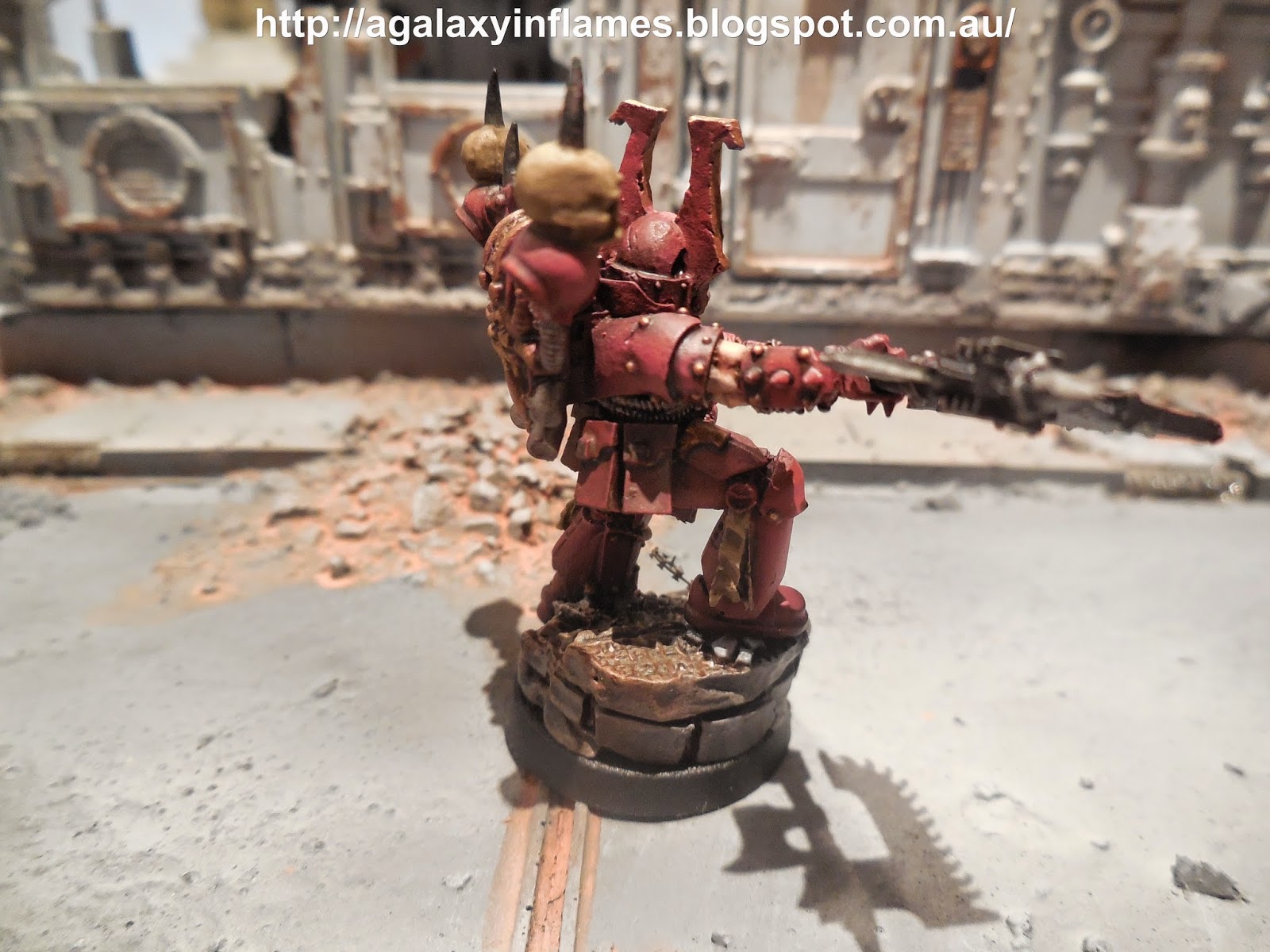 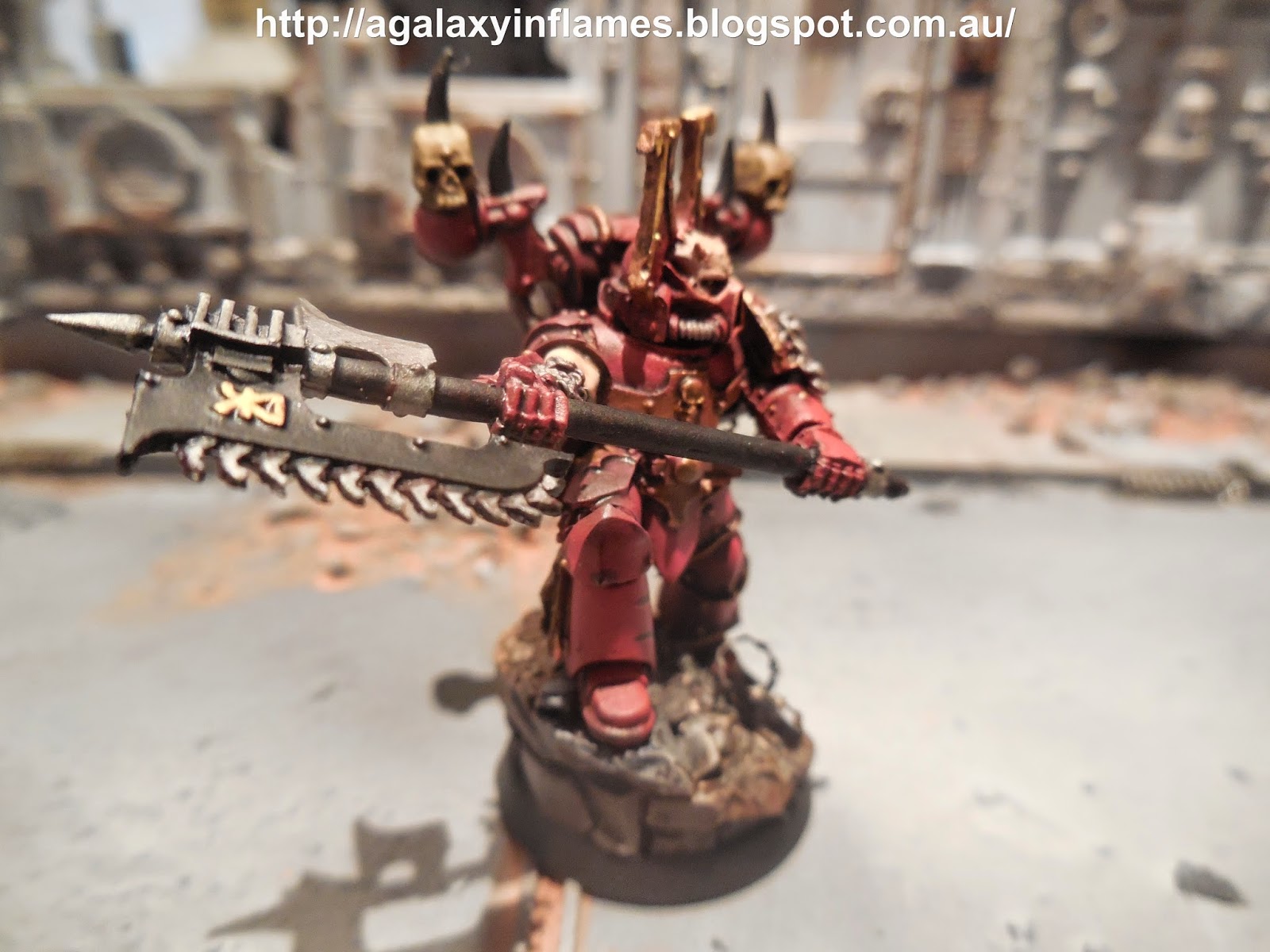 Next is the Legion Master of Signals. This guy is a converted set of MK III power armour, combined with the MK IV Signal Kit, the MK II Signal Kit and the Khorne upgrade kit. 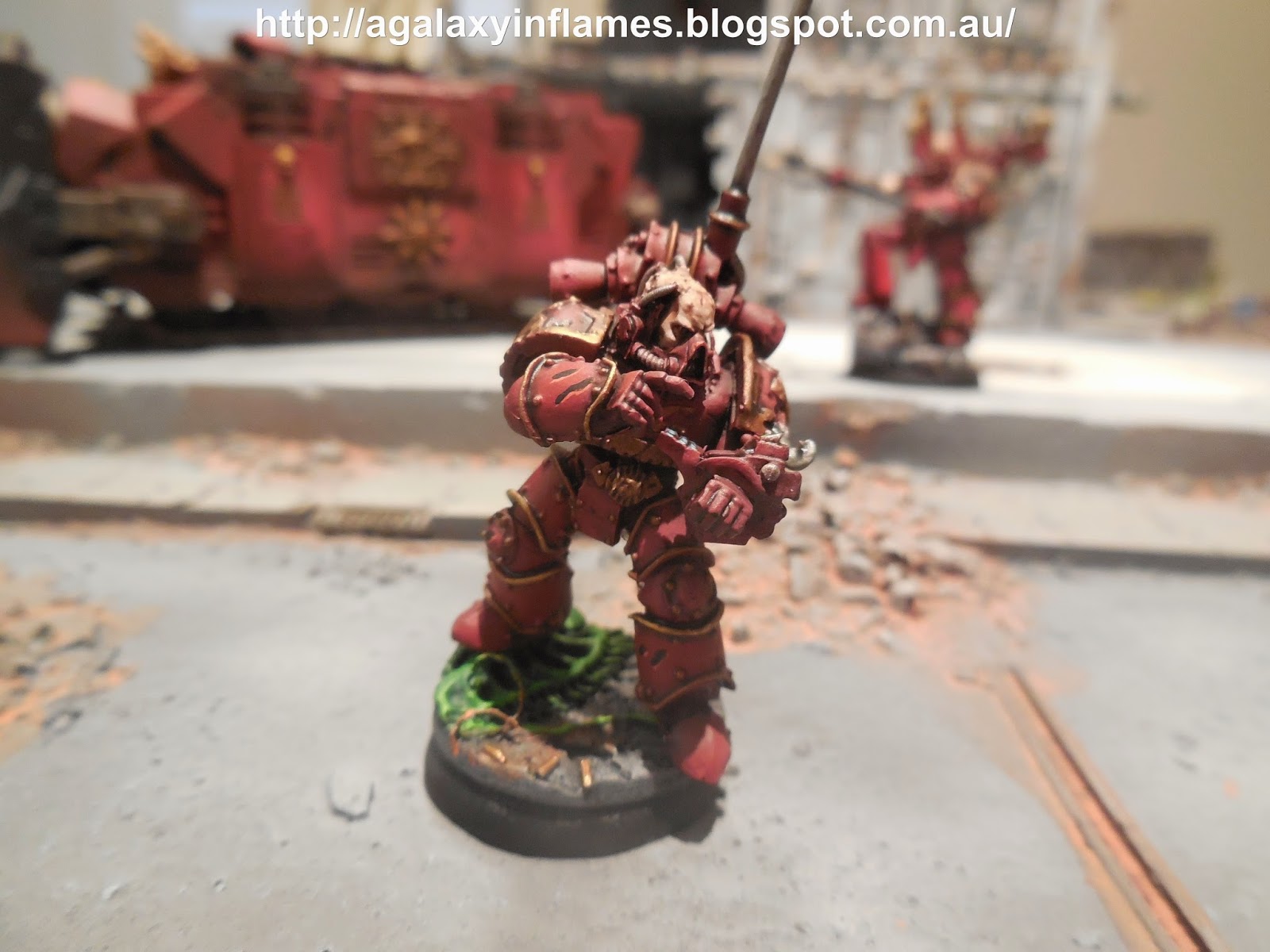 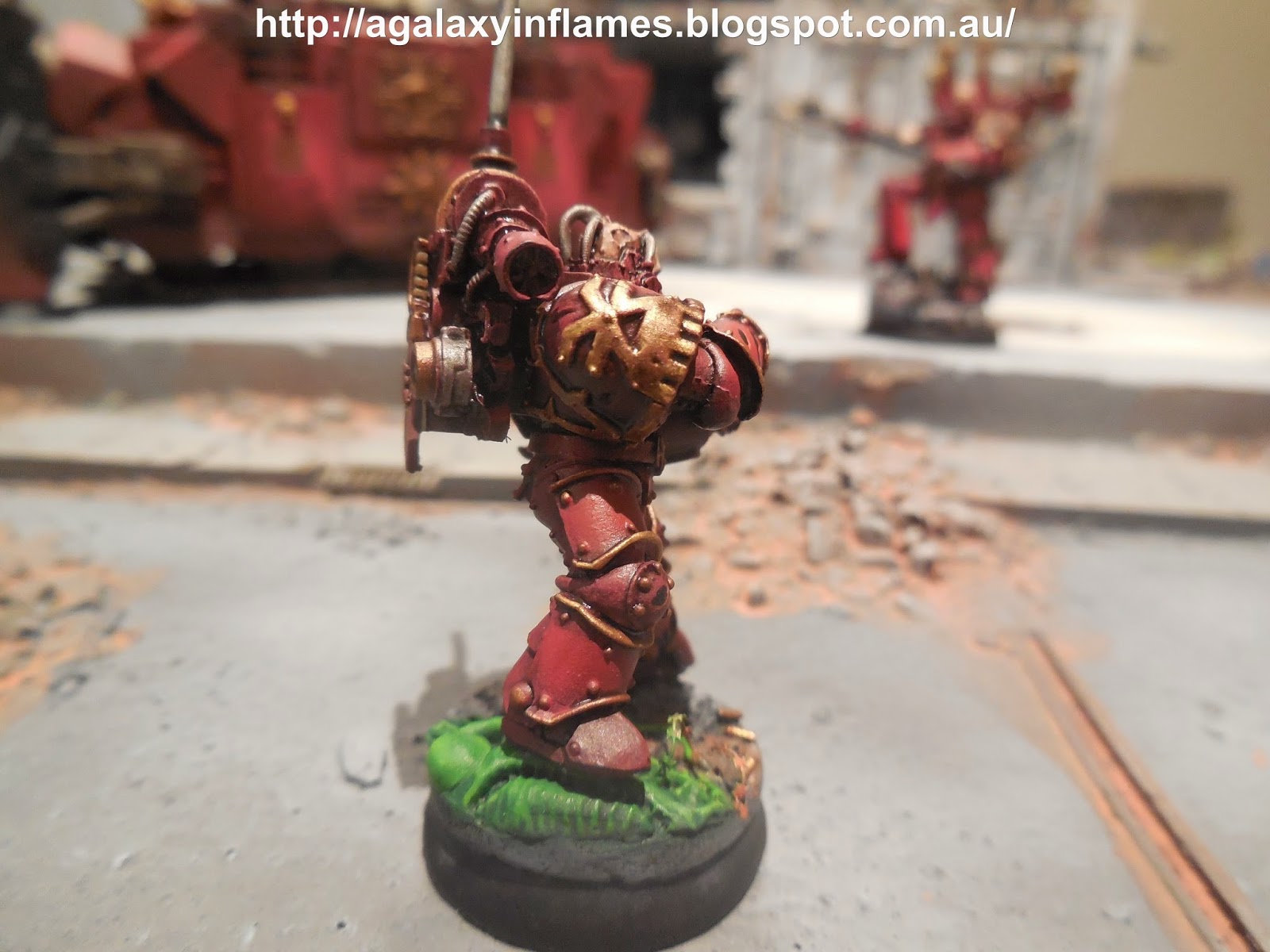 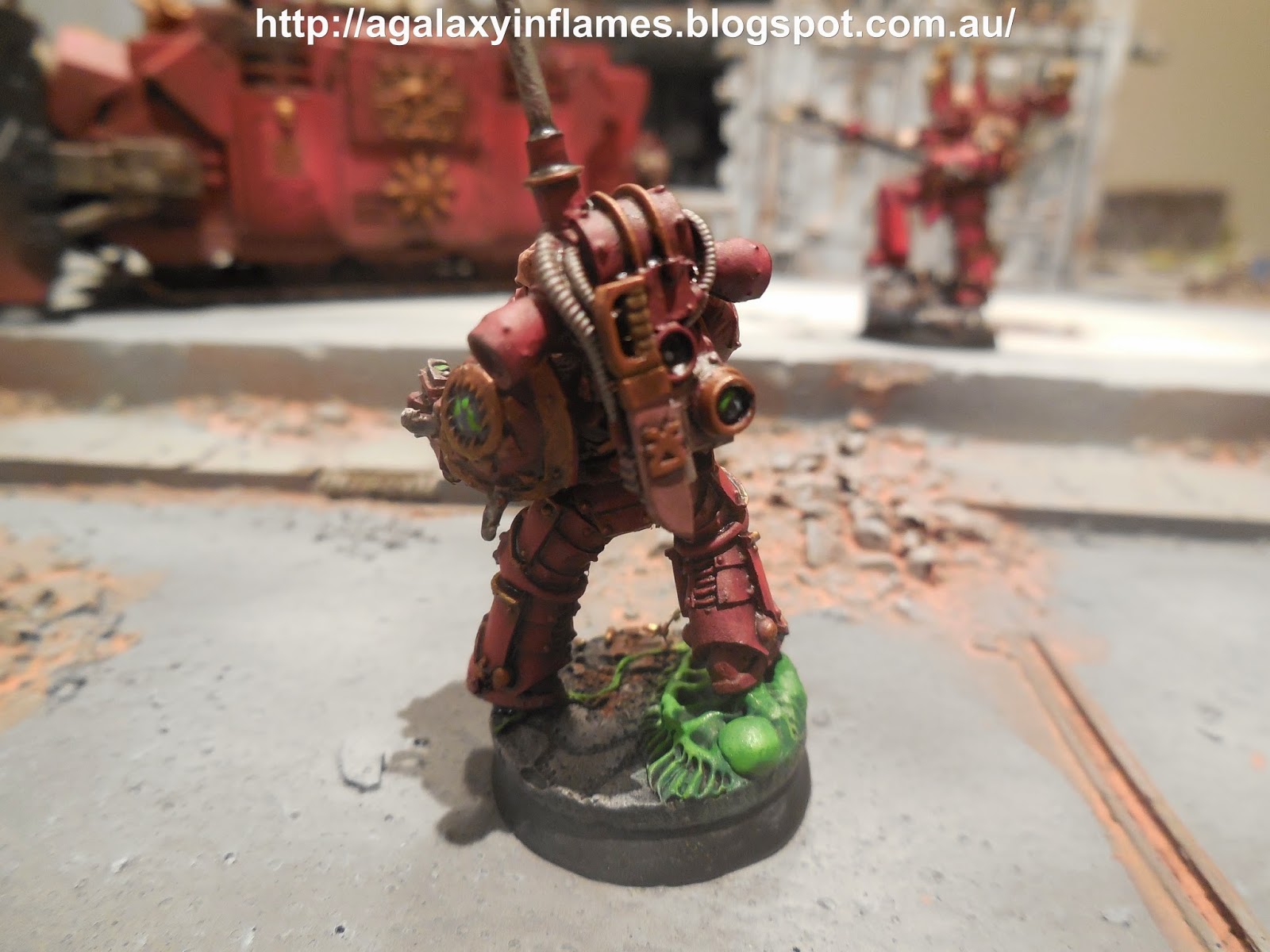 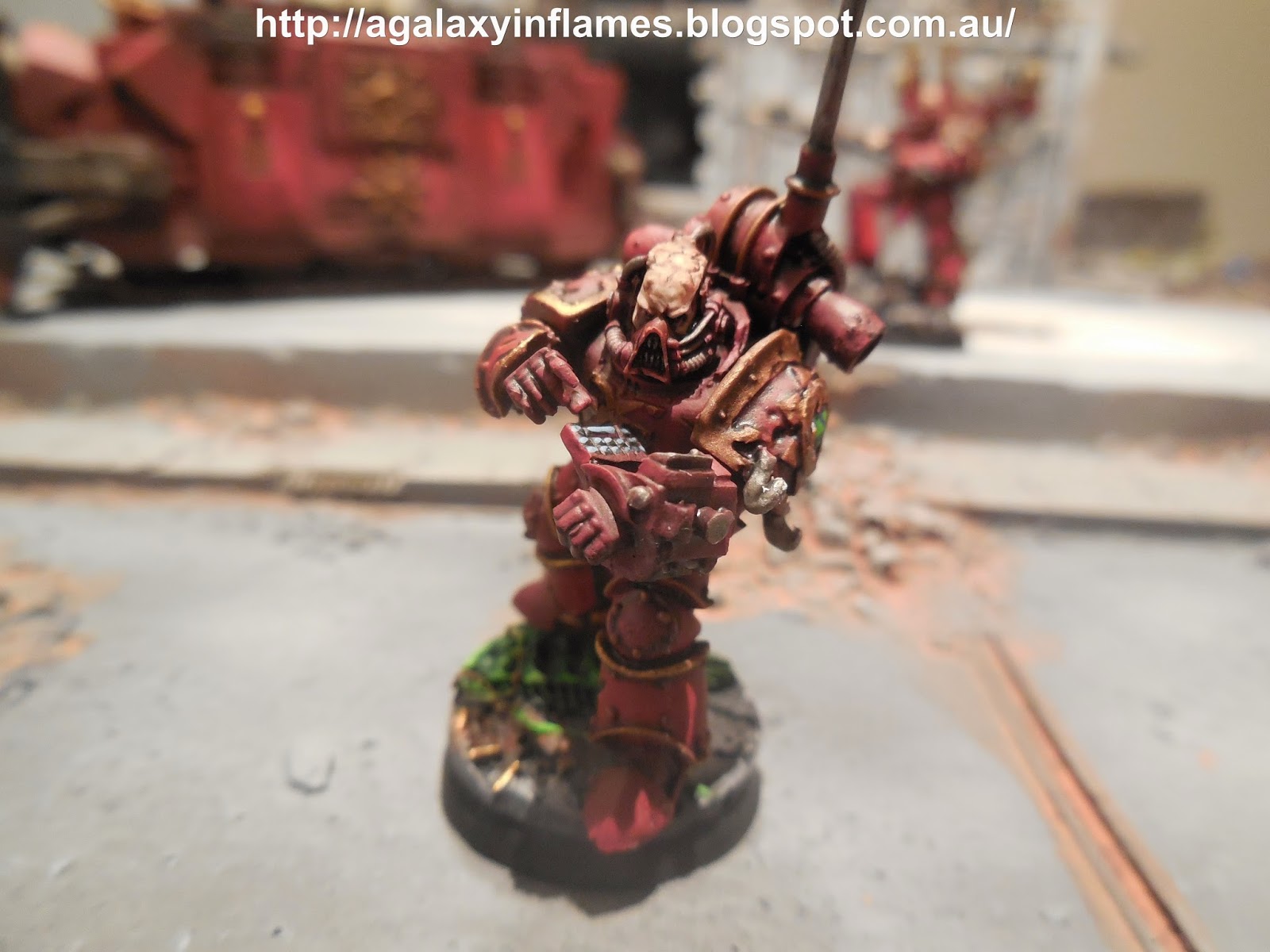 Next, are the Rampagers themselves. 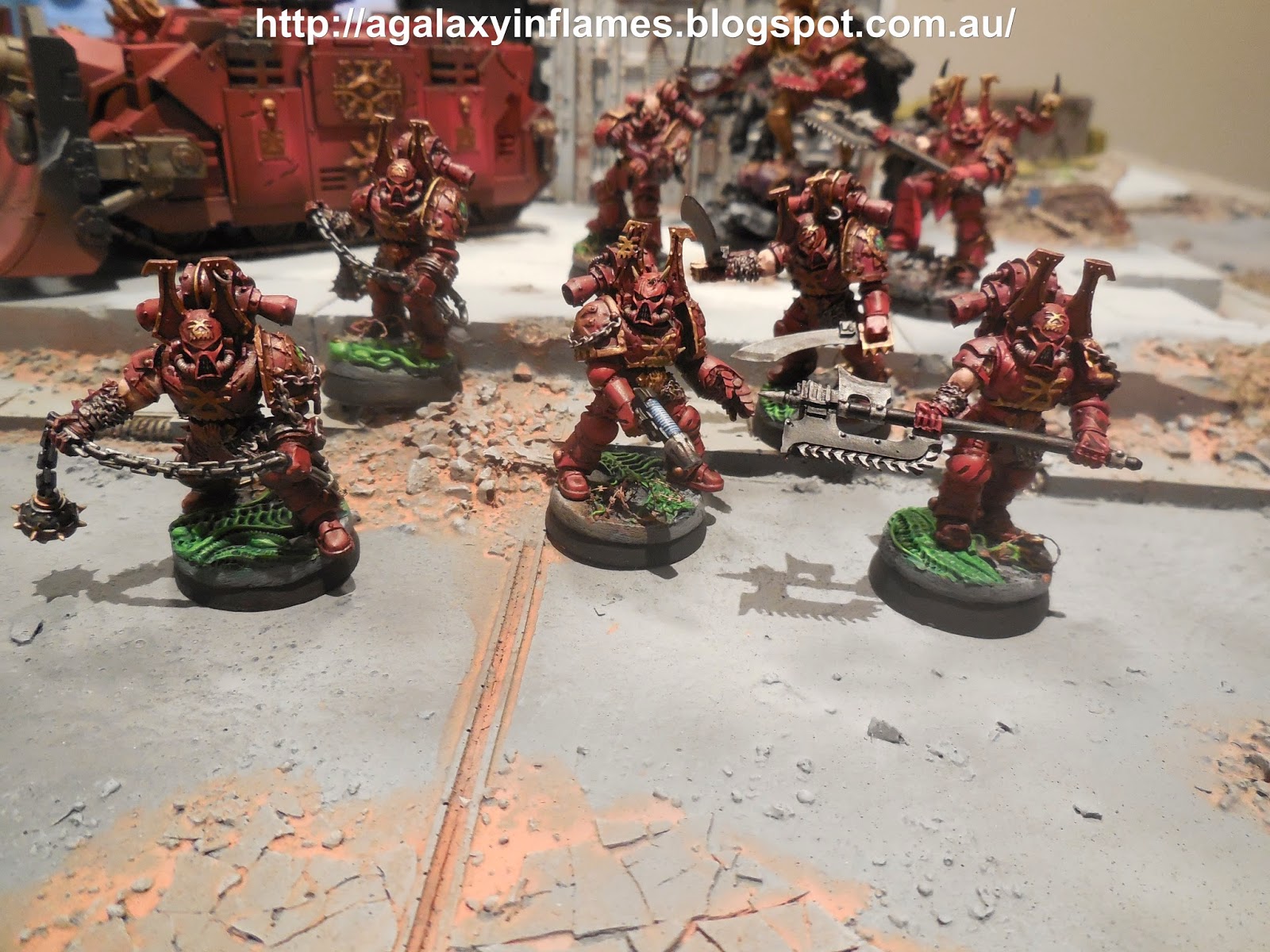 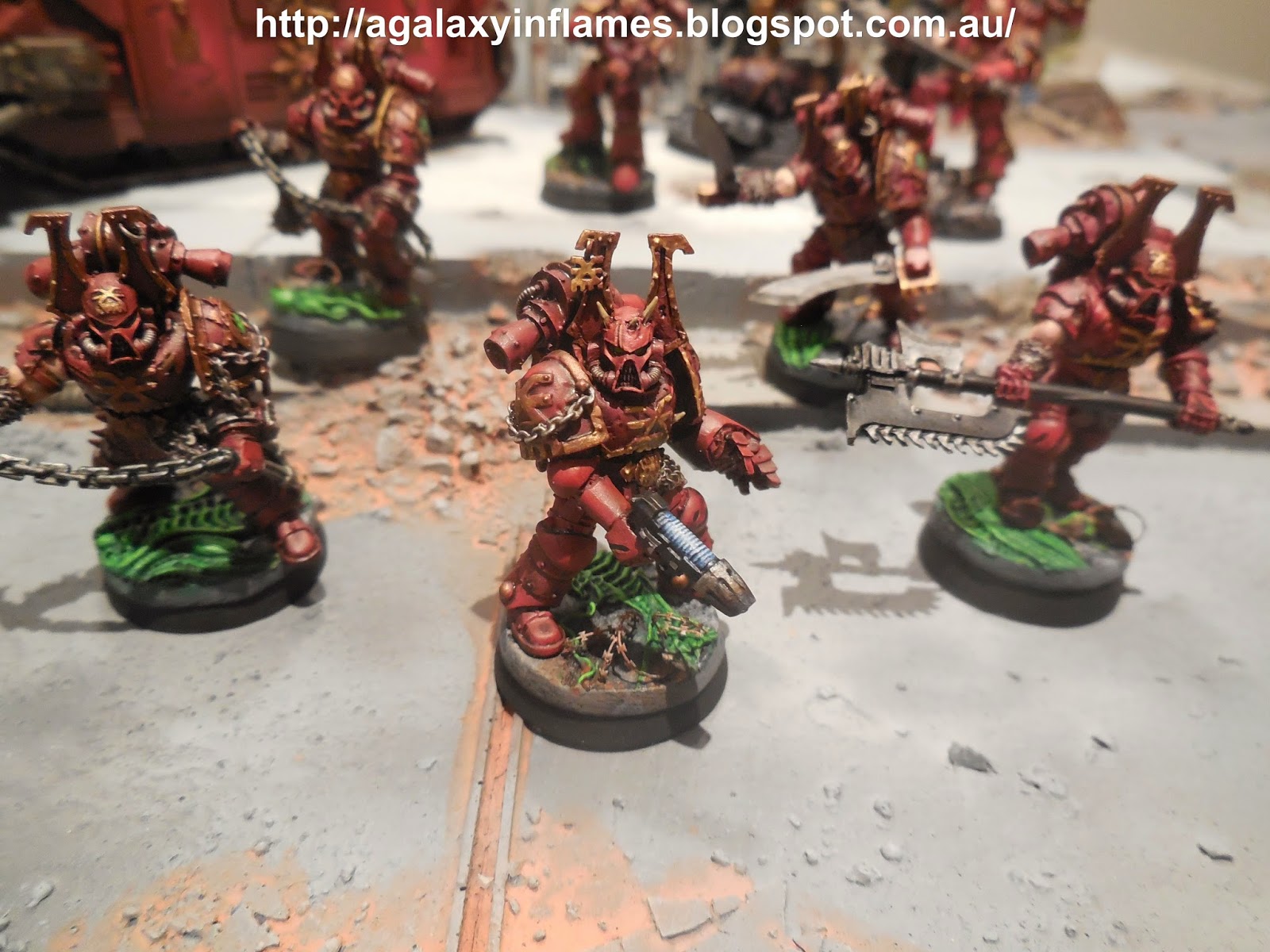 The Rampager Champion is armed with a Power Fist, Plasma Pistol (it's an old Khorne thing, like Kharn and his pistol), and Artificer Armour, as this guy is designed to kick ass in challenges. 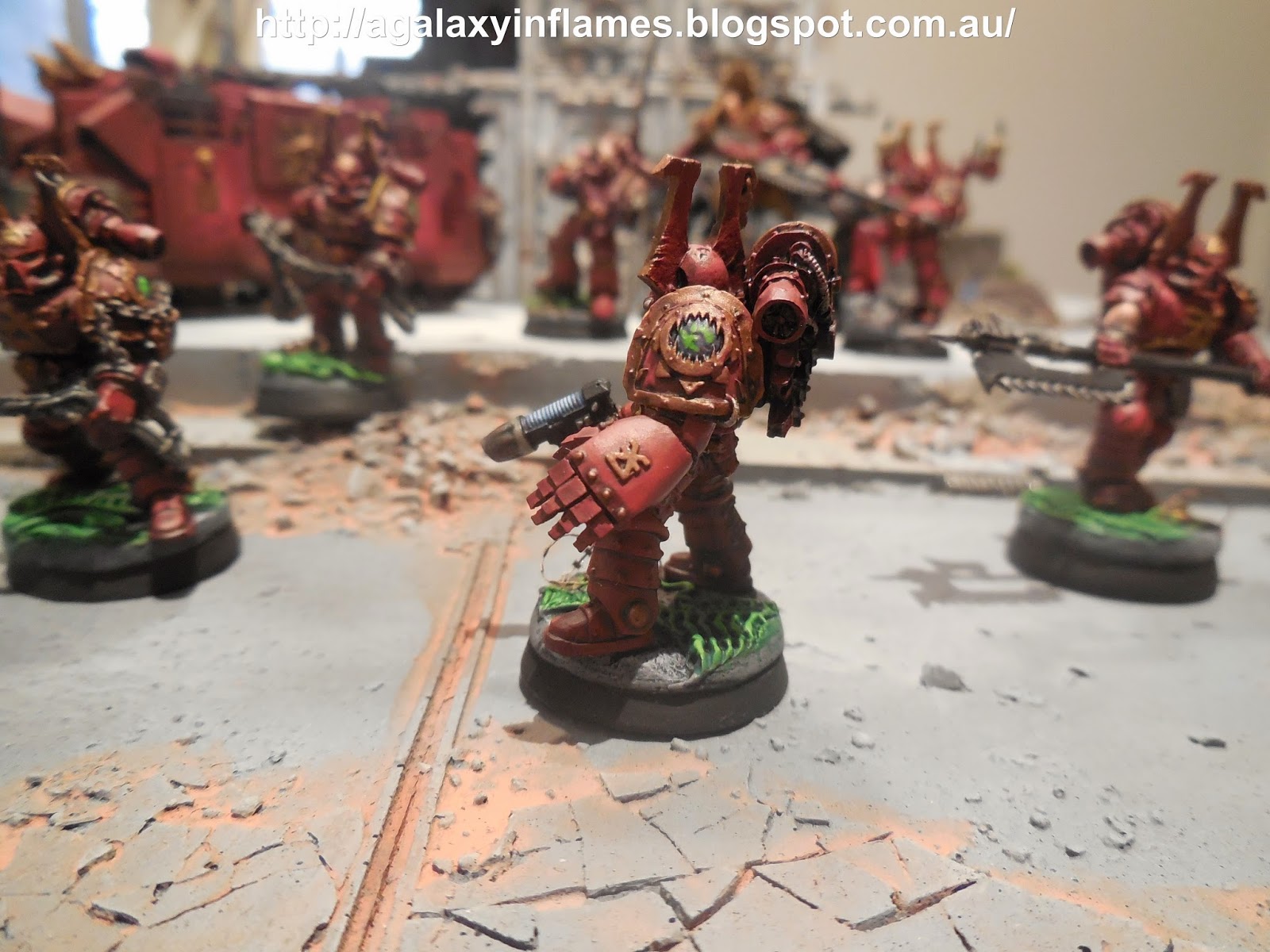 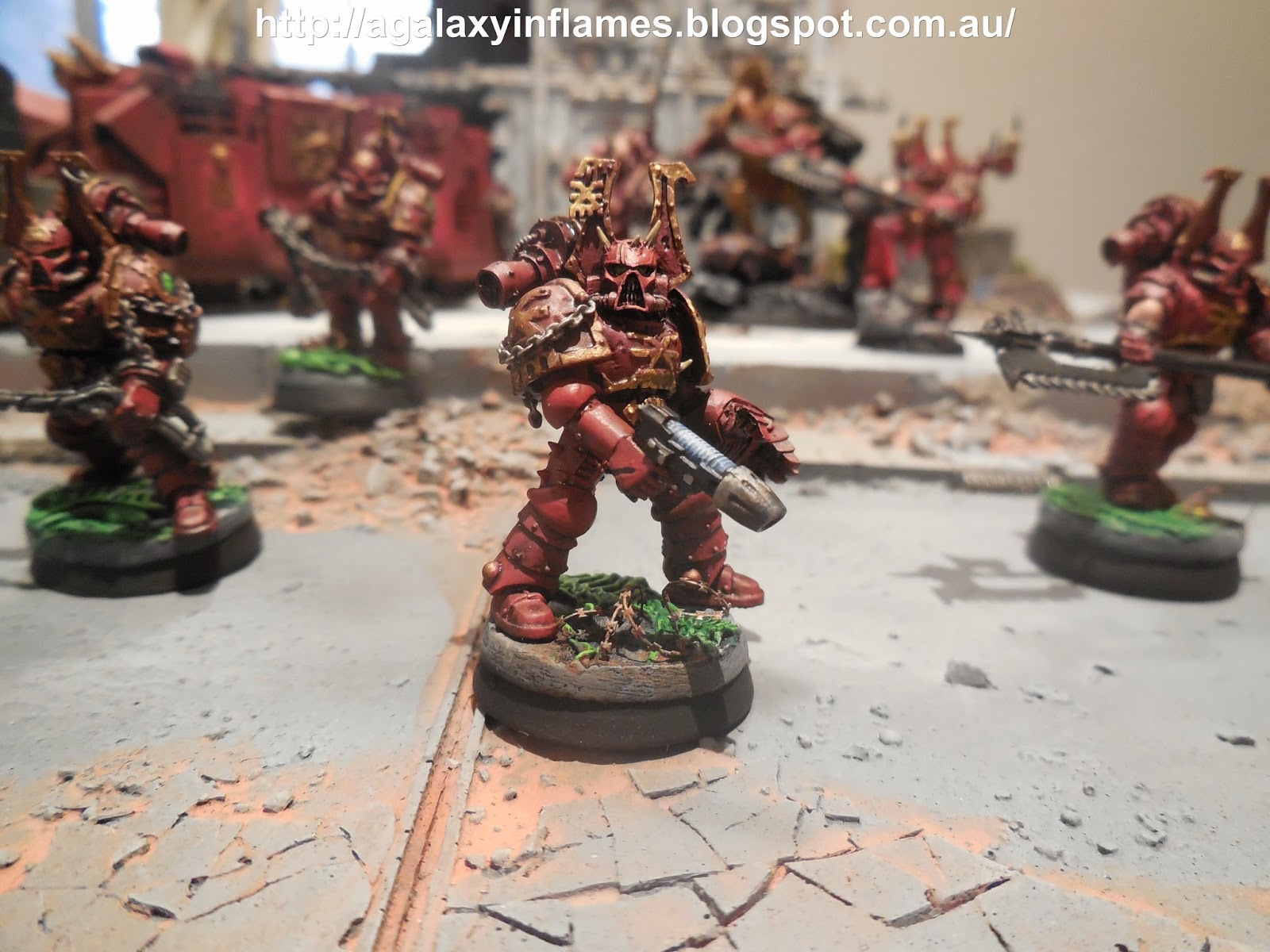 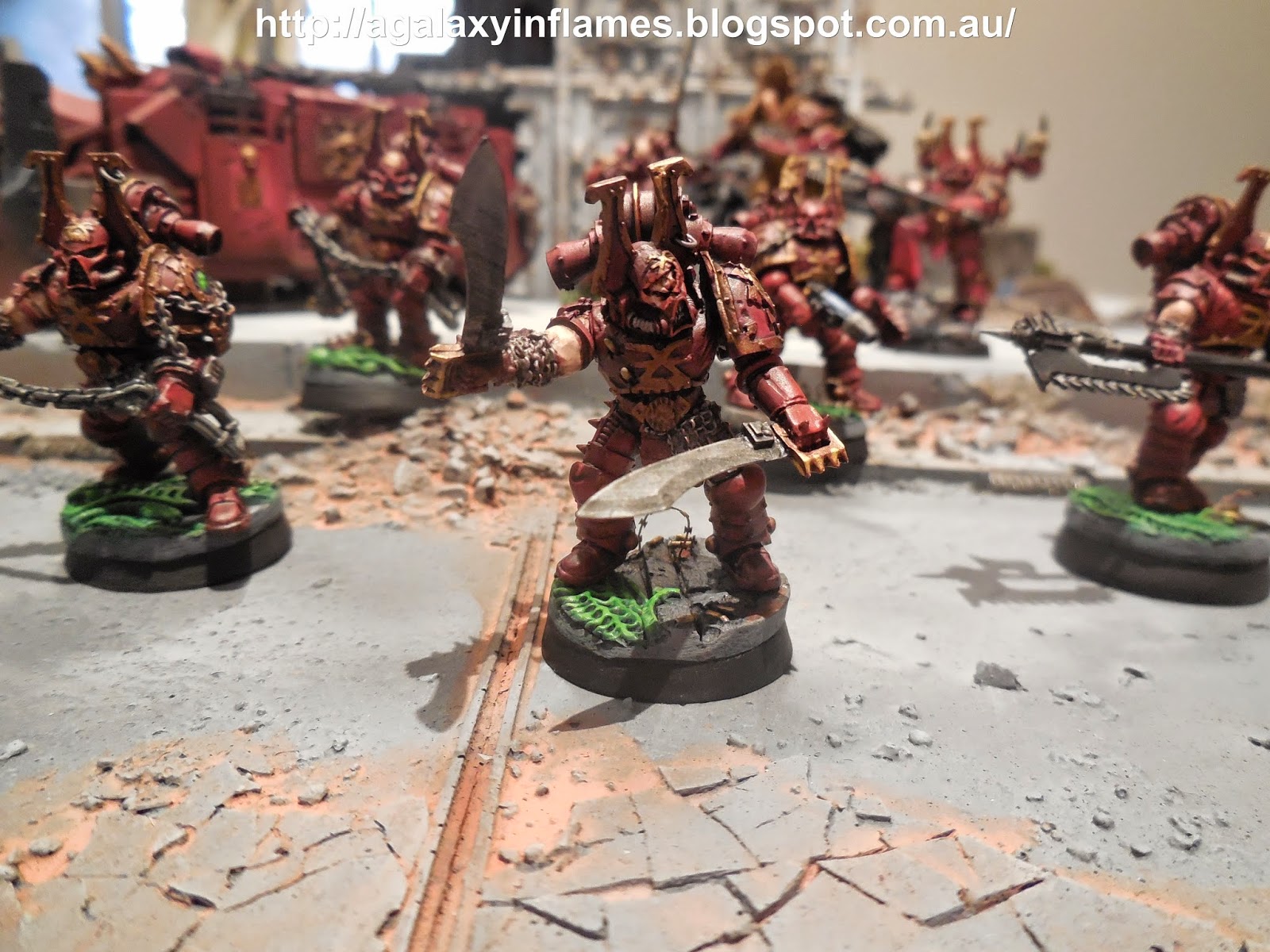 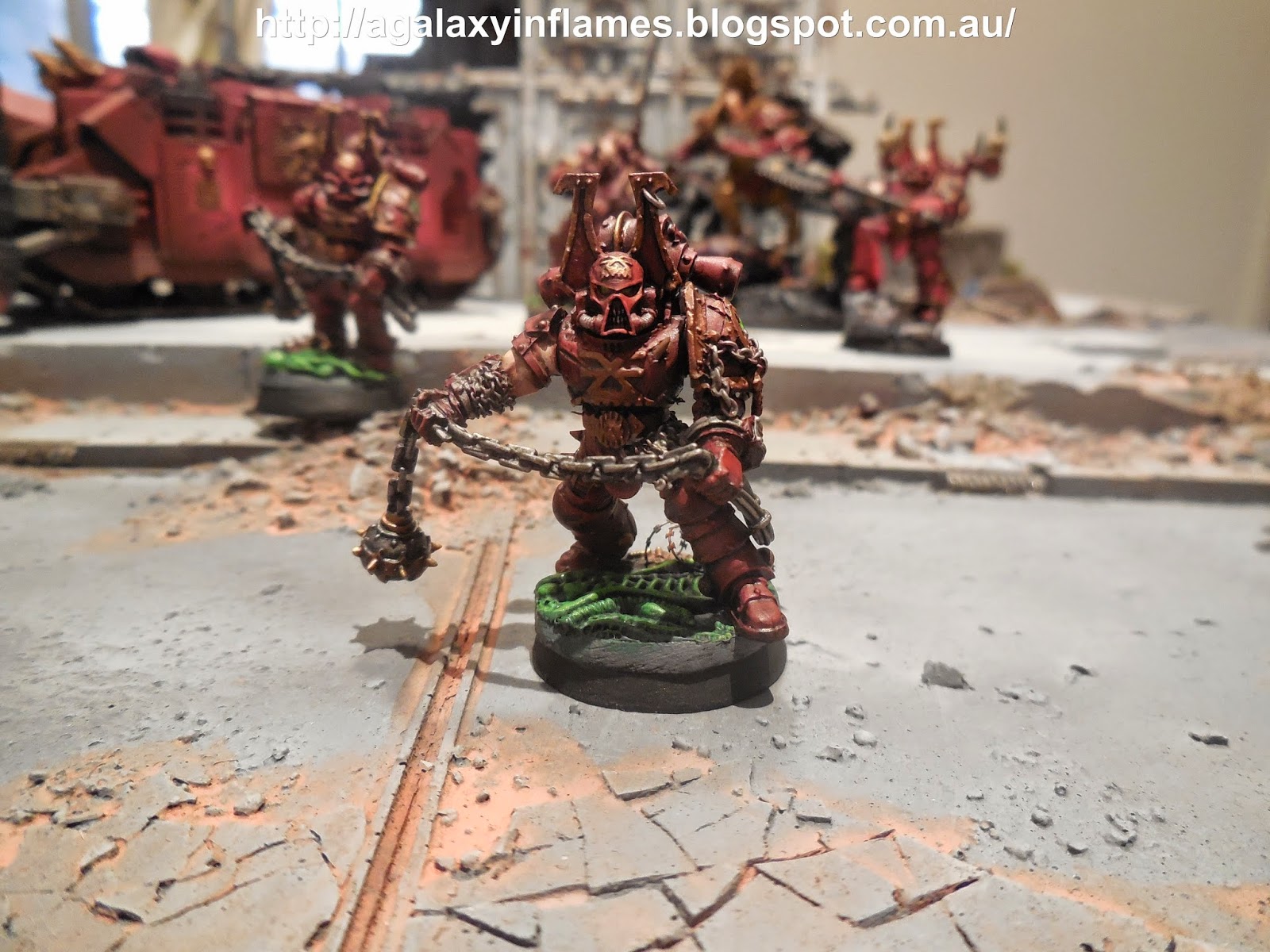 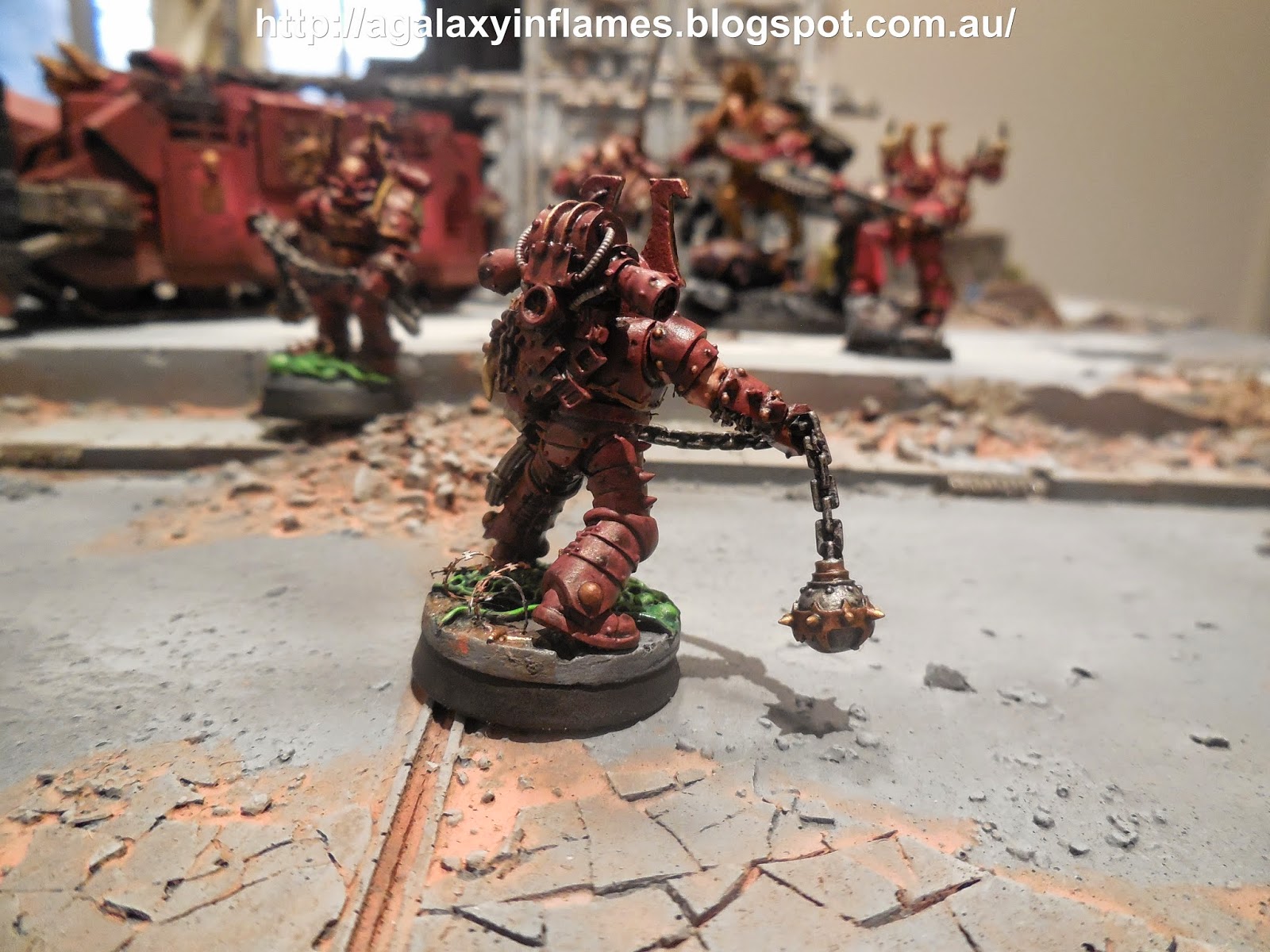 Of course, here's the whole gang, with their Vindicator in tow. 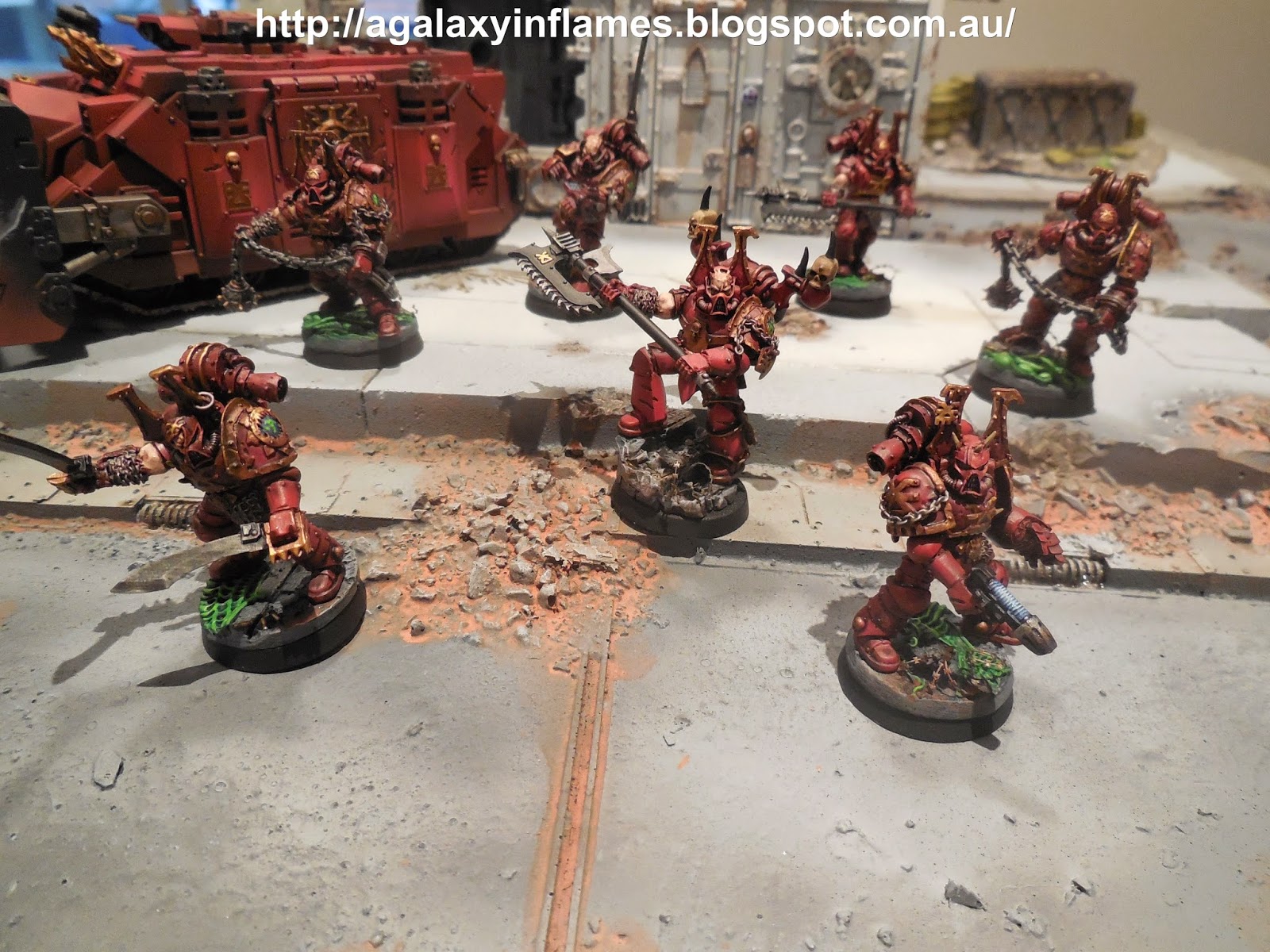 So, what do you think? Nailed it, or have I stuffed it like a Matt Ward codex? Let me know below,

Also, in a couple of frames you can see a big guy in the background, in the next day or so, I'll pop him up too. Until then, ciao.