That prick is back. Yes, it's little Billy. We all know him, we all hate him. What's little Billy doing now? Well, little Billy seems to have a new edition to play, and he is furiously writing lists. Lucky for us, Billy mostly likes to stick to 40k, so he spends much of his time at the moment working on daemon armies that summon over 50 models a turn.

Unfortunately, he also seems to like to get in the quick game of Horus Heresy every now and then, but we don't have the heart to tell our little 14 year old power gamer to piss off. Instead we have to put up with his shit, as well as dealing with his WAAC (win at all costs) attitude.

Thus, Keepy approached me the other day with an idea of his, something we like to call 'dick lists'. These are lists that are designed to maximise and capitalise, using the points limits and your Legion rules to create a list that wins every game by literally sucking the fun out of it like a vampire that feeds on happiness. Or a politician. We have touched on this in the past with Macca on Tactica, hinting at how an army can be built that just seems to be anathema to the hobbyist, and today we are going to look into the subject a little more.

Introducing: The Flying Circus of Douche

So, earlier this week pointed out that a mate of mine came up with a list, at 1000 points he was running a Primis Medicae on Scimitar Jetbike, 2 squads of tac marines and the rest of the points were jetbikes, with a few volkites on the bikes. This is about as simple as it gets, that's 10 jetbikes with T5, 2 up saves, feel no pain, and here's the shooting:

As a side note, it's called the flying circus of douche as the jetbikes look like douches... coincidence? Well, probably.

Of course with the advent of 7th edition, y'know, like 2 years early at least, this list isn't quite as good as the jink save is not as efficient now. That said, who is sticking their hand up wanting to play this list? Not too many.

Now my friend who played with this list doesn't run it anymore, he simply isn't Billy, he just wants to have fun, but unfortunately, these lists are out there. Being run by Billy.

What can I do to ensure I don't become Billy?

Well, it's simple really, I like to treat it as an exercise in NOT min maxing. We are not playing 7th edition Unbound Lists, we are using the Horus Heresy books, which explain deployments, setups, etc as well as FOC's and the like, so we really just have to stick with that. This is good, because it stops people getting too crazy with their list building.

I like to use a little rule, which is not filling out any slot more then I have filled out on troops. In my typical army, this means I will be running 3-4 troop choices, backed up with 1 HQ, 1 elite, 1 fast attack, and 1 heavy support. This is my 1500 point setup.

The list is competitive. It has a single HQ, who is a buffer to the army, it has multiple scoring units which are enhanced by my Legion tactics, Warlord Trait and special rules. The Elites also fit the theme, as I am Raven Guard, so once more the Legion tactics work well. The Storm Eagle has more chance of coming into play when I need it to, thanks again to the HQ, and it provides me with both a transport option and my primary anti-air. The Sicarian is just a great all-rounder. It allows me to be able to take on units all the way up to Land Raiders, however it's designed primarily to take on medium armour and long ranged threats. Worst case, it's also a backup AA unit.

This is the sort of army I love. I have a little of everything, but nothing overwhelming in any one area. It is important for players to know that although you have the ability to fill out any one area of the Force Organisation Chart, you don't need to. In fact, you might a) enjoy the game less for it; or b) actually not go as well as you were planning in certain missions.

I guess it brings me to this: 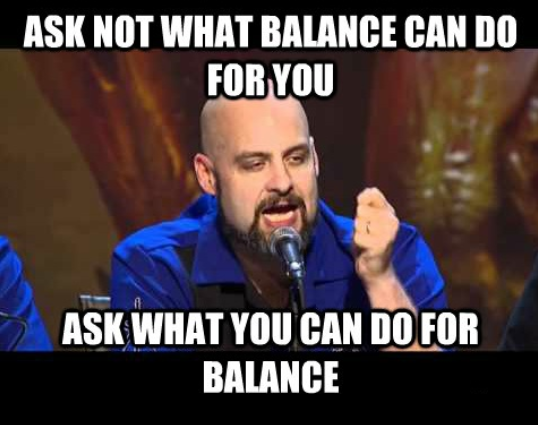 It's up to the player at the end of the day, as I have always said, to make the right list. Billy is going to keep min-maxing regardless, bringing a Lord of War as soon as he hits 2000 points, and the biggest one he can fit in for that matter, to go with his army of terminators thanks to his Rite of War.

In closing this small article, over the coming few months, we will be displaying a few lists we feel aren't in keeping with the heart and soul of the game, so keep a look out for little Billy and his shenanigans.