G'day all, Macca here. I am quite busy on another project at the moment, but I thought I would take the time to put together a piece on the Space Marine Legion tanks. These units add a lot of the ranged firepower to an army, as well as providing a lot of the transport options, so it is important to pick which ones to use. Lets crack on, shall we?

The Good: There are benefits to taking Predators in 30k unlike in 40k. For a start, squadrons is a massive boon, with sets of 3 predators adept at performing tasks such as anti-tank or anti-infantry. The basic autocannon is much better (as it should be, it's a flippin' main tank gun) with 4 S7 shots actually making it a viable weapon, as a dakka platform. The option of running melta weapons, flame cannons and conversion beamers is actually really amazing, you'd be surprised what 3 heavy conversion beamer predators can do from long range (hint: remove that squad please). Finally, they are cheaper then a 50 year old hooker with no teeth.

The Bad: Unfortunately, they suffer from some of the drawbacks they do in 40k. Having only 3 hull points means that glancing hits stack fast. Add to this the low armour on the sides and rear, and penetrating hits are far more likely. As they are not a fast vehicle, Predators are also slower then contemporaries, so choose your load outs wisely. 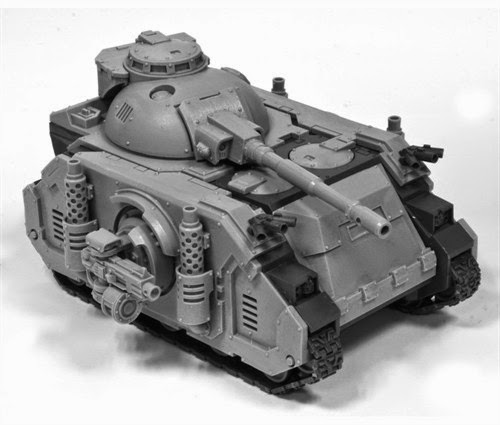 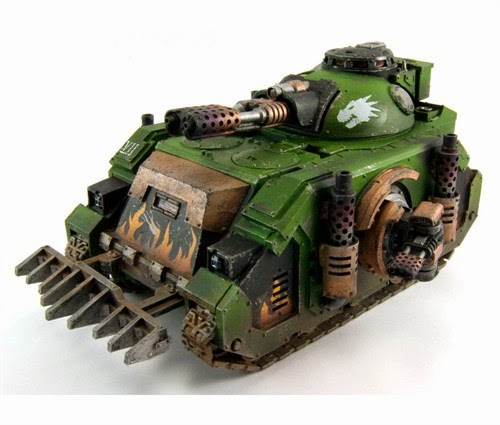 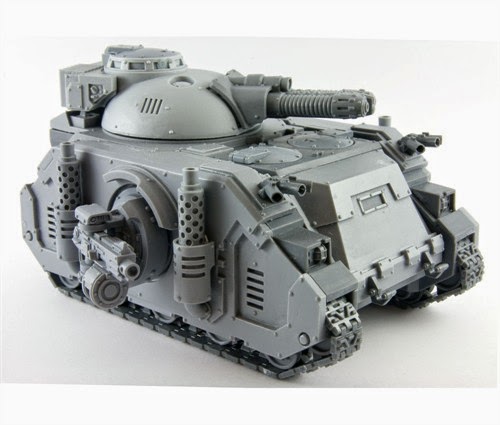 The Good: Nothing beats powerful anti-tank capabilities, rock solid armour and the ability to transport troops. The Land Raider is as versatile as it comes, with multiple variants which can perform a range of tasks. The Proteus lacks the benefit of an assault ramp, but the increased command abilities make it a tempting choice as it will buff your army AND you still get the Anti-tank, high armour and transport options. The standard Land Raider lacks the command options, but it is a work horse. Transports don't get much better, and the ability to dump a squad of Terminators into someone after moving is awesome.

The Achilles Pattern is amazing. The quad-cannon can be so-so based on your ammo type and target, but the sponson weapons and incredibly resilient armour, even for a Land Raider are fantastic. My pick of the Achilles types is the Volkite Culverin armed one. The Quad-cannon/volkite combo will mow down infantry from across the table.

The Bad: Well, simply put, Land Raiders cost around 200-250 points on average. You do get a lot for your points, but for that same cost, there are a lot of other choices out there that might do the job better. You have to pick on the day what suits you best. It is also worth noting that by taking a Land Raider Achilles, you have no assault ramp and only a transport capacity of 6. Almost not worthit for troop transport, so save it for dakka. 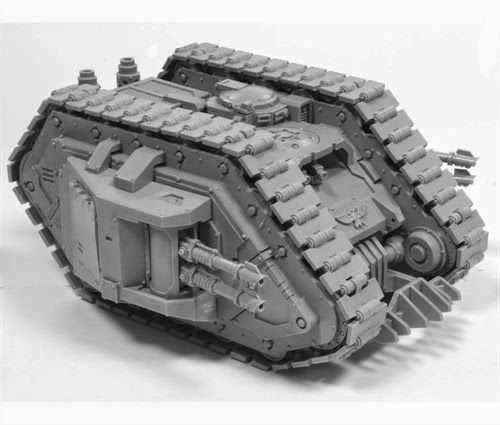 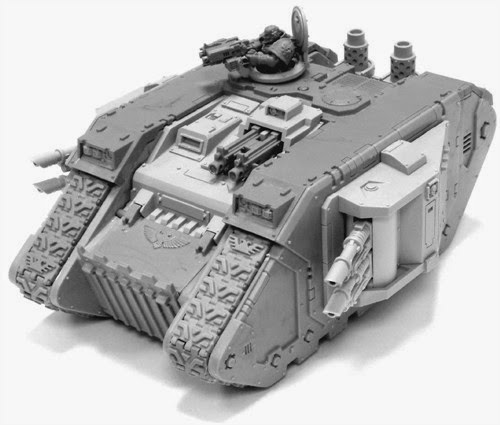 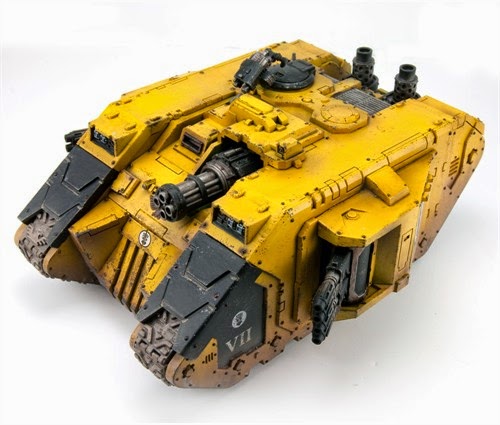 The Good: Spartans! Prepare for glory! Ever hear that song lyric 'everything you can do, I can do better'? Well, that's what the Spartan says to the Land Raider. Quad Lascannons or Laser Destroyer arrays, flare shields, armoured ceramite, incredible transport capacity, Spartans do it all.

The Bad: You can transport 10 Terminators, a Praetor and an Apothecary/Primus Medicae across the battlefield in this tank. Sound great? Well to do this, you're gonna be spending most of your first 1000 points. Spartans are VERY expensive, and the most viable units to go in them are even more expensive, so you really want to use these wisely. As far as using them as a long range fire support platform, they are a waste of points. Use them as an assault tank, it's what they do best. 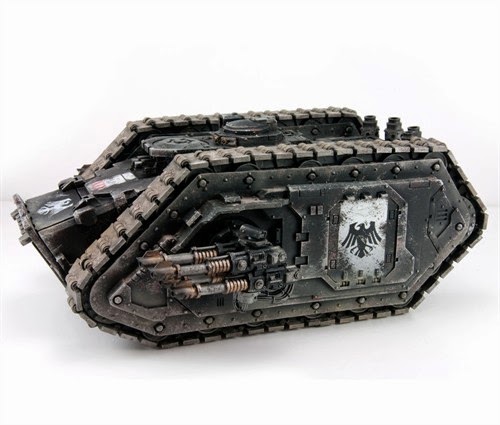 The Good: You get a demolisher cannon, high front armour, and it's cheap. You can run multiples too.

The Bad: You get a single Laser destroyer if you ditch the demolisher, you have low side and rear armour. At least it stays cheap. 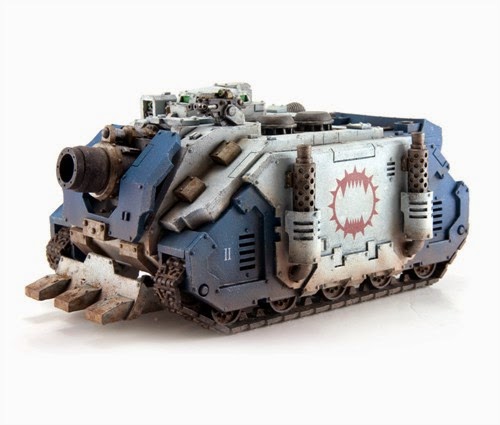 The Good: The Scorpius, high front armour, Ap3 S8 blasts, fantastic. Regular Whirlwinds can be taken in a squadron, which is kinda ok.

The Bad: Regular Whirlwinds. You can take them in squadrons, but there are far better units out there, and the less said about anti-air missiles, the better. If you are going to take a Whirlwind
Squadron as your only artillery choice, it's frankly a waste. Scorpius pattern can't be taken in squadrons, and it suffers from the inaccuracy of small blasts. 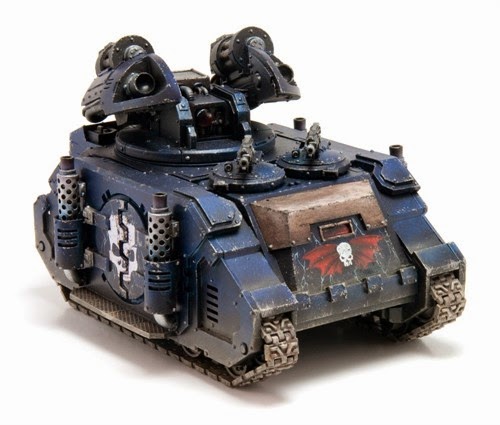 The Good: Insane firepower. Whatever unit you point these at IS going to have a bad day. Anything shy of Terminators will fear a squadron of Basilisks. Conversely, every unit full stop will worry about Medusas, with their excellent main cannon. Ap2 anyone?

The Bad: Cost. These units will cost your pocket and your points if you want them in the numbers you need (you want minimum of 2, and I would just go for the full 3). You are also restricted to a single squad of either one of these (or a Whirlwind, if you're that kind of person), so choose very wisely. The Medusa cannon is excellent, but the indirect option on the Basilisk is more versatile. Add to this, the low armour on these units and you know you don't want to expose them to fire. 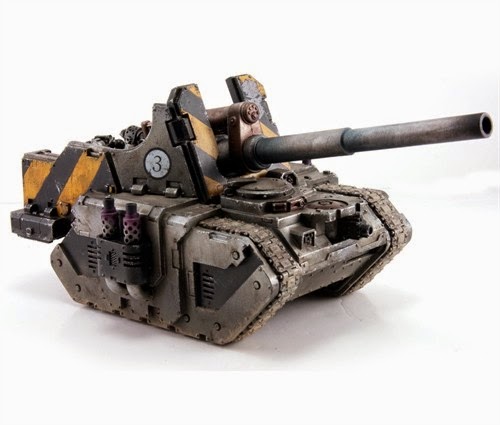 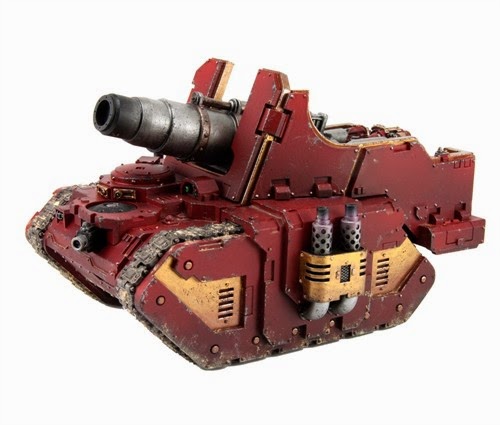 The Good: When it comes to armour, this is my first stop. The Sicarian Battle Tank is possibly the best all-rounder going. The main gun ignores jink saves, it is also a 6 shot twin-linked rending nightmare, and it can take out Storm Eagles on a good turn! You also get not one, but 3 heavy bolters, (if you pay for them), and the two side ones can be changed to lascannons, which in tandem with your main gun will pop most armour. The Sicarian is also a FAST vehicle, so you can manoeuvre these bad boys wherever the fighting is thickest. My load out usually works out to a mere 175 points.

The Bad: The Sicarian Venator. It's not cheap, but it IS a potent anti-tank platform. Unfortunately, the main gun is ordnance, so the side sponsons are pretty much redundant. Personally, I'd take a pair of regular Sicarians over one of each, as the Venator is more of a rule-of-cool unit then a practical battlefield weapon. 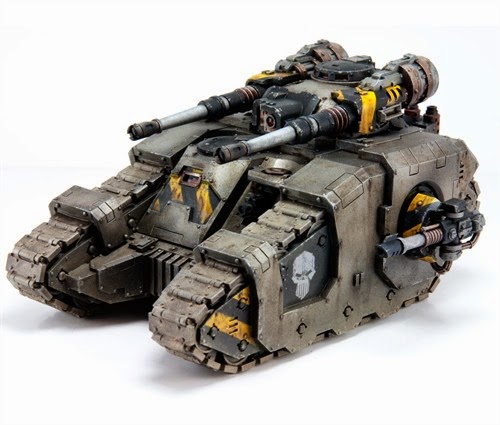 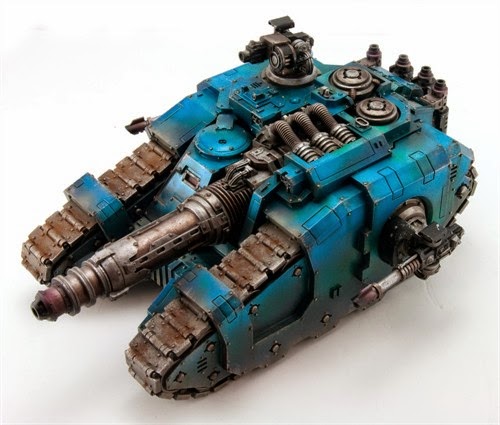 So there you have it, one by one, each of the tanks available to you. There are other heavy support choices, but they are flyers, infantry and transports, so they are best left for another day. I hope this article can provide some insight into the different vehicles available to you as a HH wargamer, and if we are lucky, the article will help you pick the one that suits you best.

If you have your own opinions, want to tell me I'm wrong, or have more questions, please comment below, I love feedback, so don't hesitate, you can only help me to improve the content.

Thanks guys, Macca
Posted by Unknown at 16:22