Here we are, about 3 days later then I aimed for, but here is my finished craters and ruined tank battlescape. For the how-to on the reeds and wetlands, I used this technique from Secret Weapon Miniatures.

Now everywhere that you see a brown tone or a rust-effect, that's weathering powders. All up, apart from the green depths of the craters and the trees and rhino, EVERYTHING is covered in powders. Tonally, these look so realistic (from where I'm standing in real life), with the dark mud moving up to the lighter dried mud. 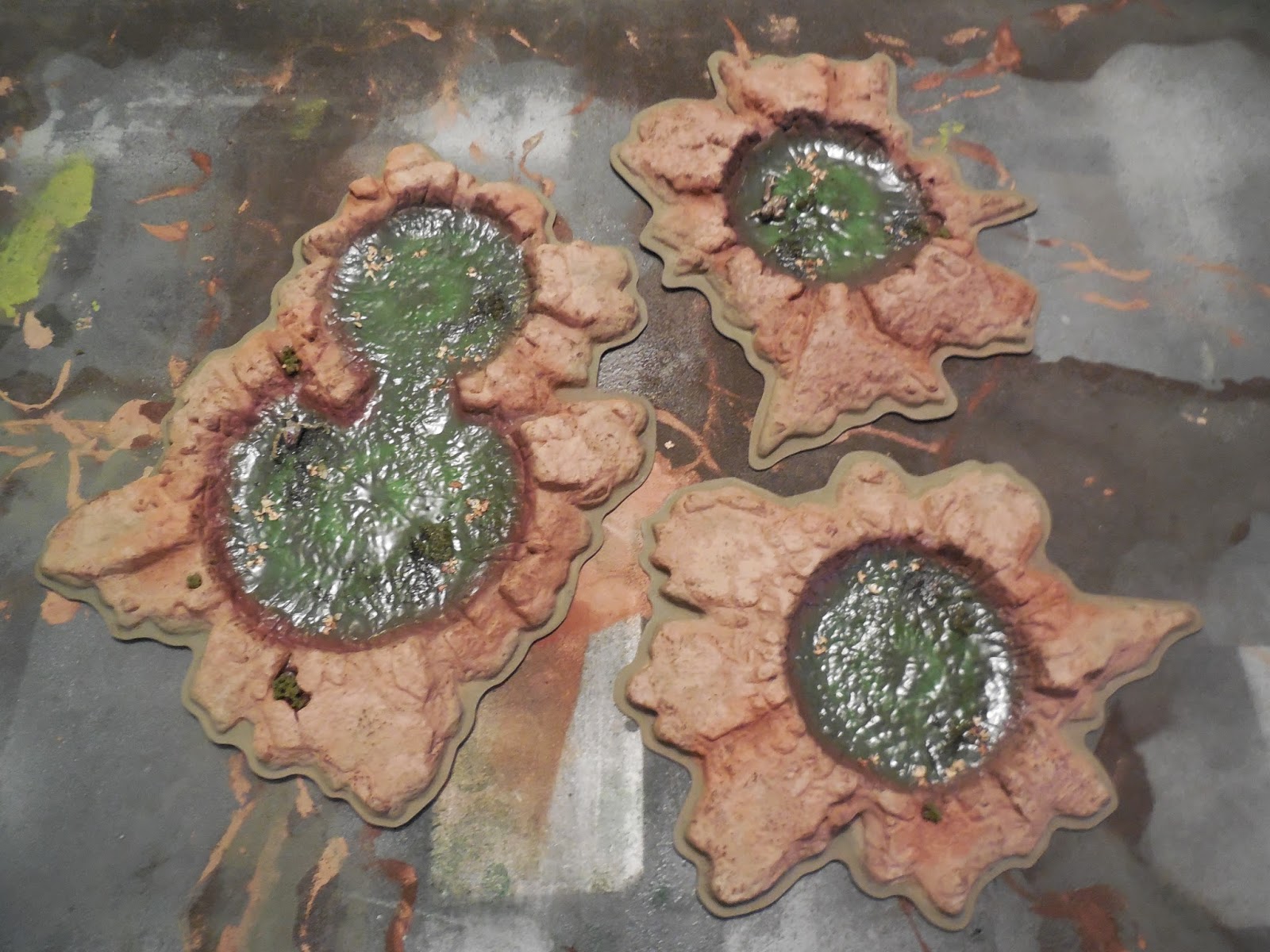 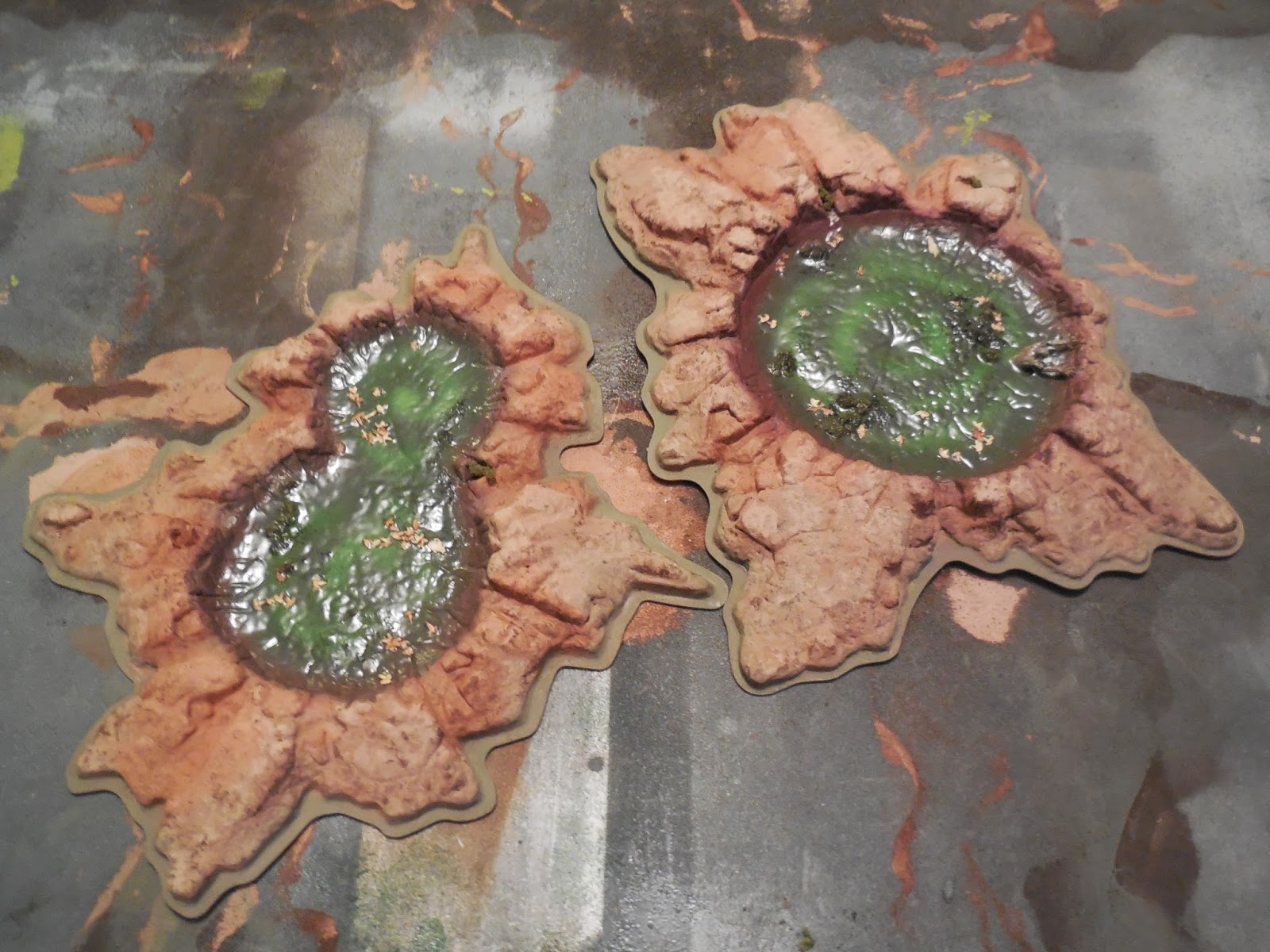 I have built and painted a few corpses that I want to have melting, rotting or dissolving in the acid water 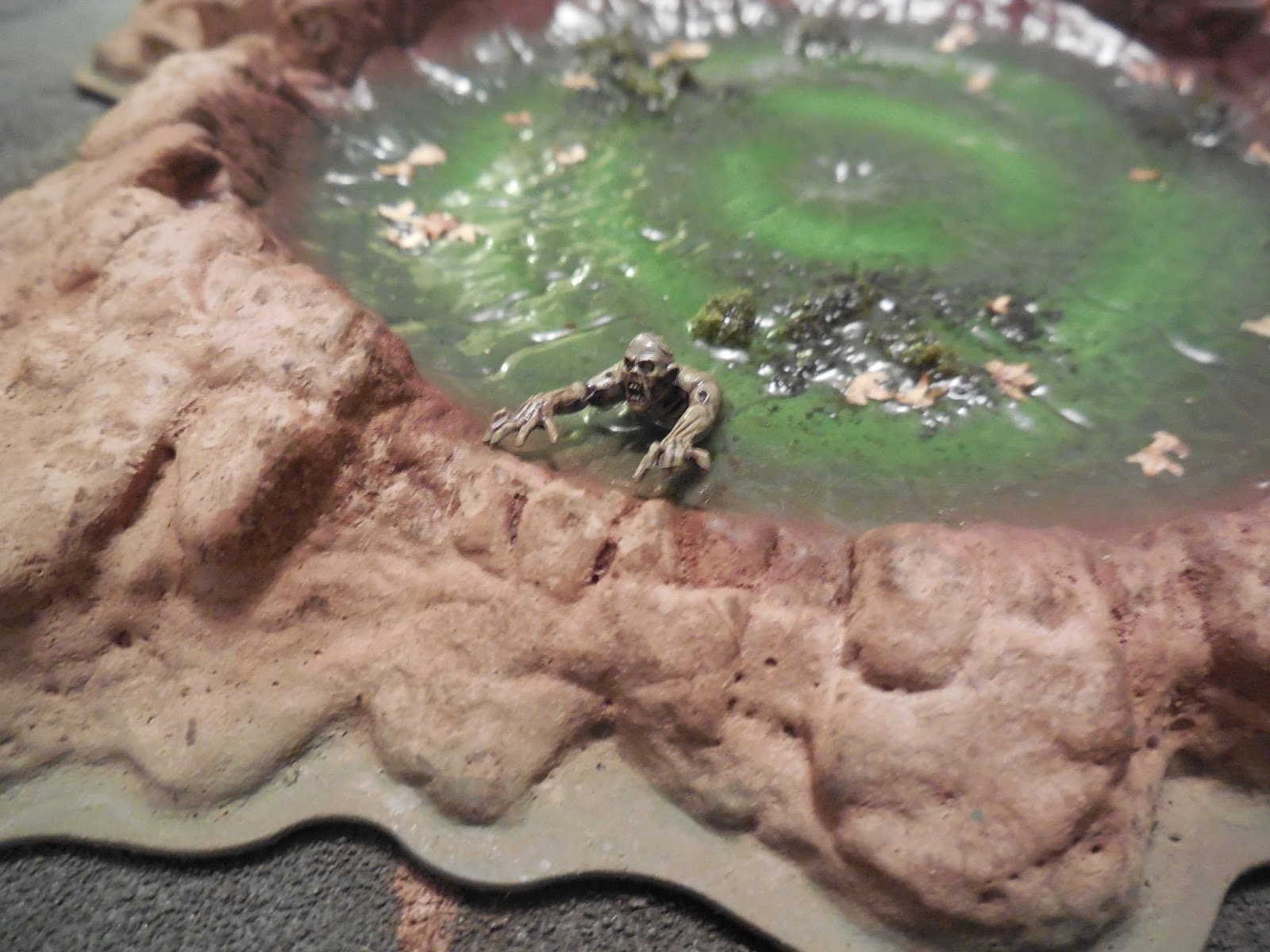 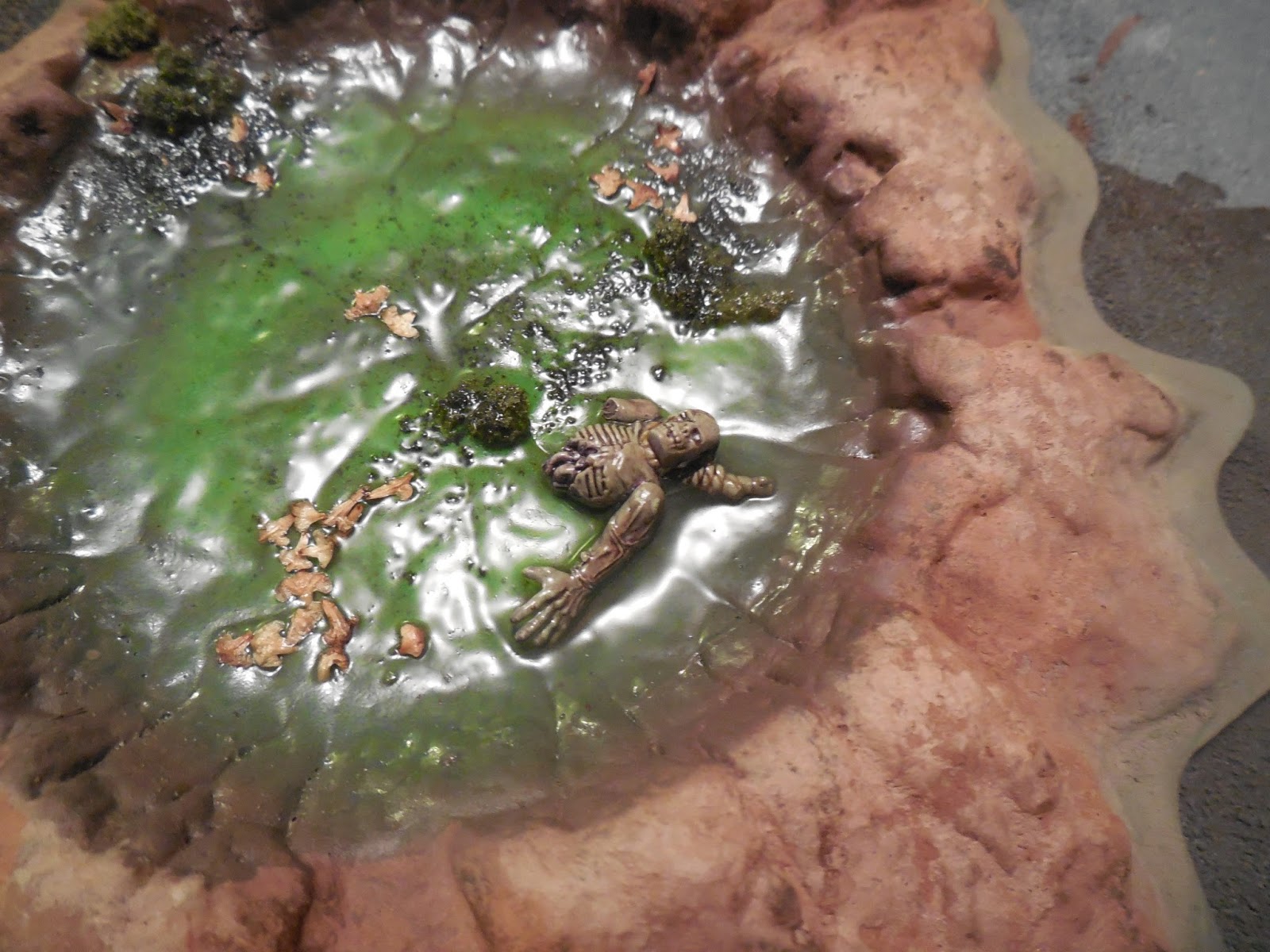 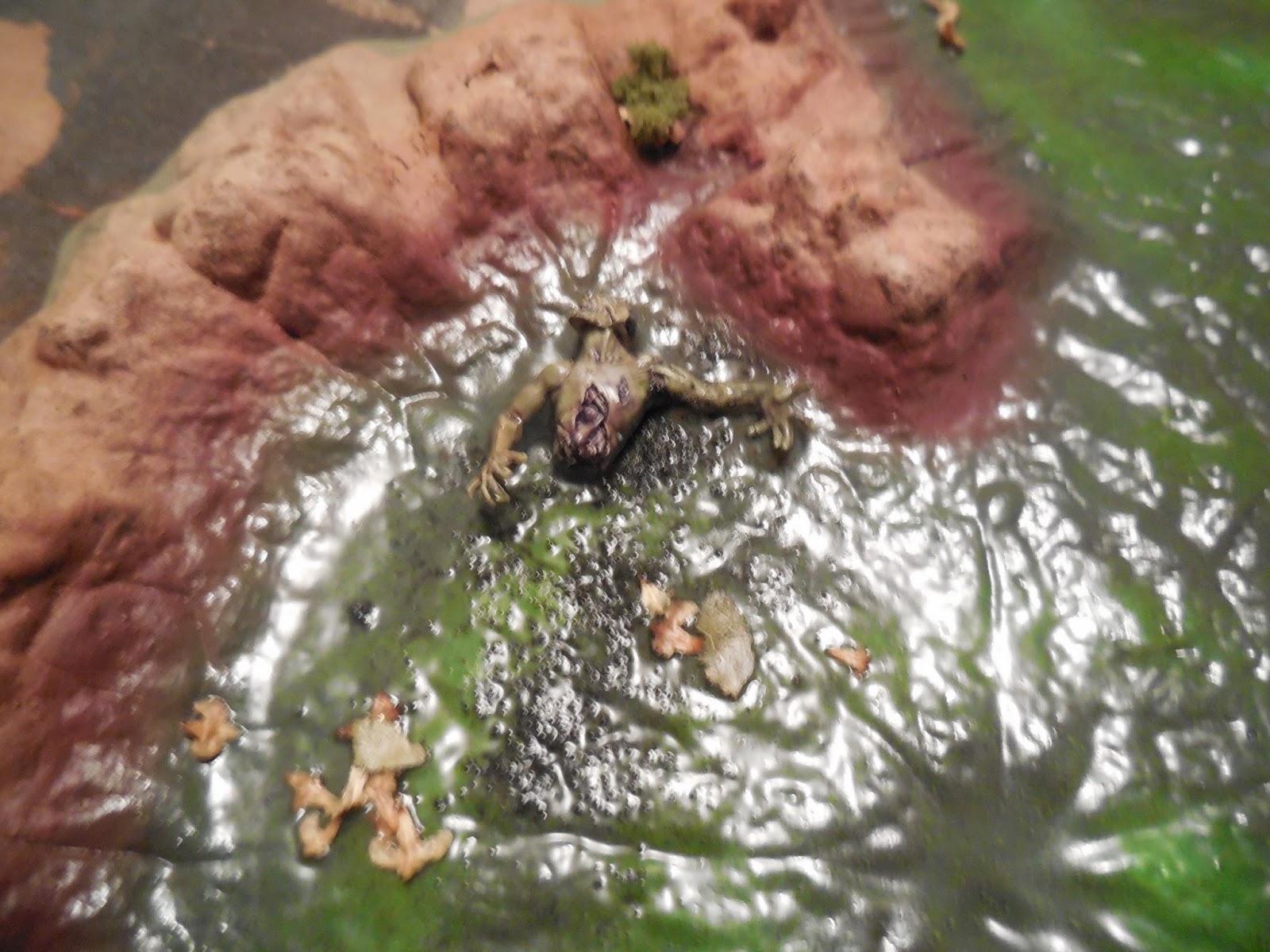 The most fun part to work on was the busted ass rhino and craters. This was crazy trying to blend rock tones, weathering powders, a lightly coloured rhino and a bunch of trees. 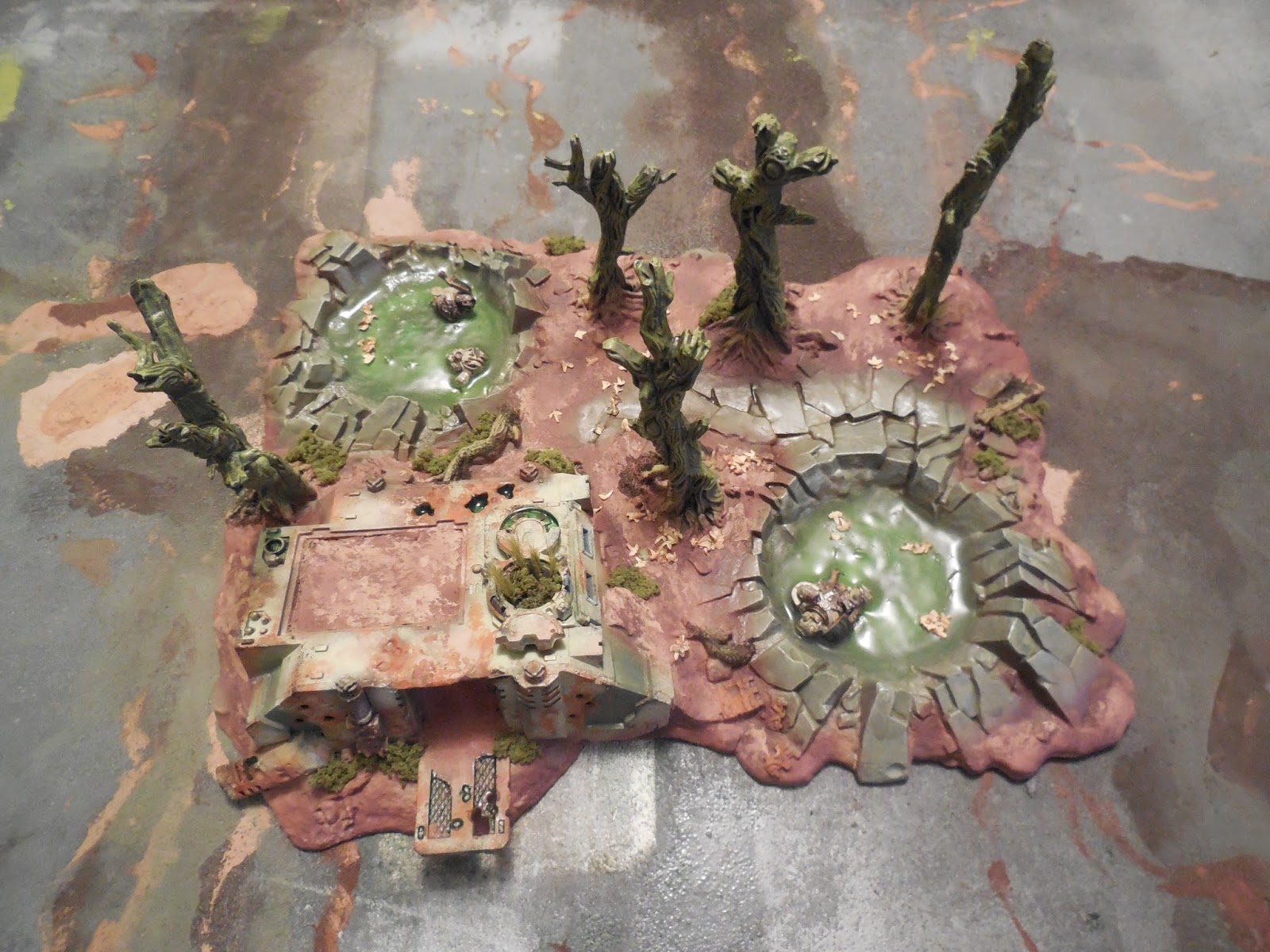 More rotting corpses, in this case, a marine from the Death Guard 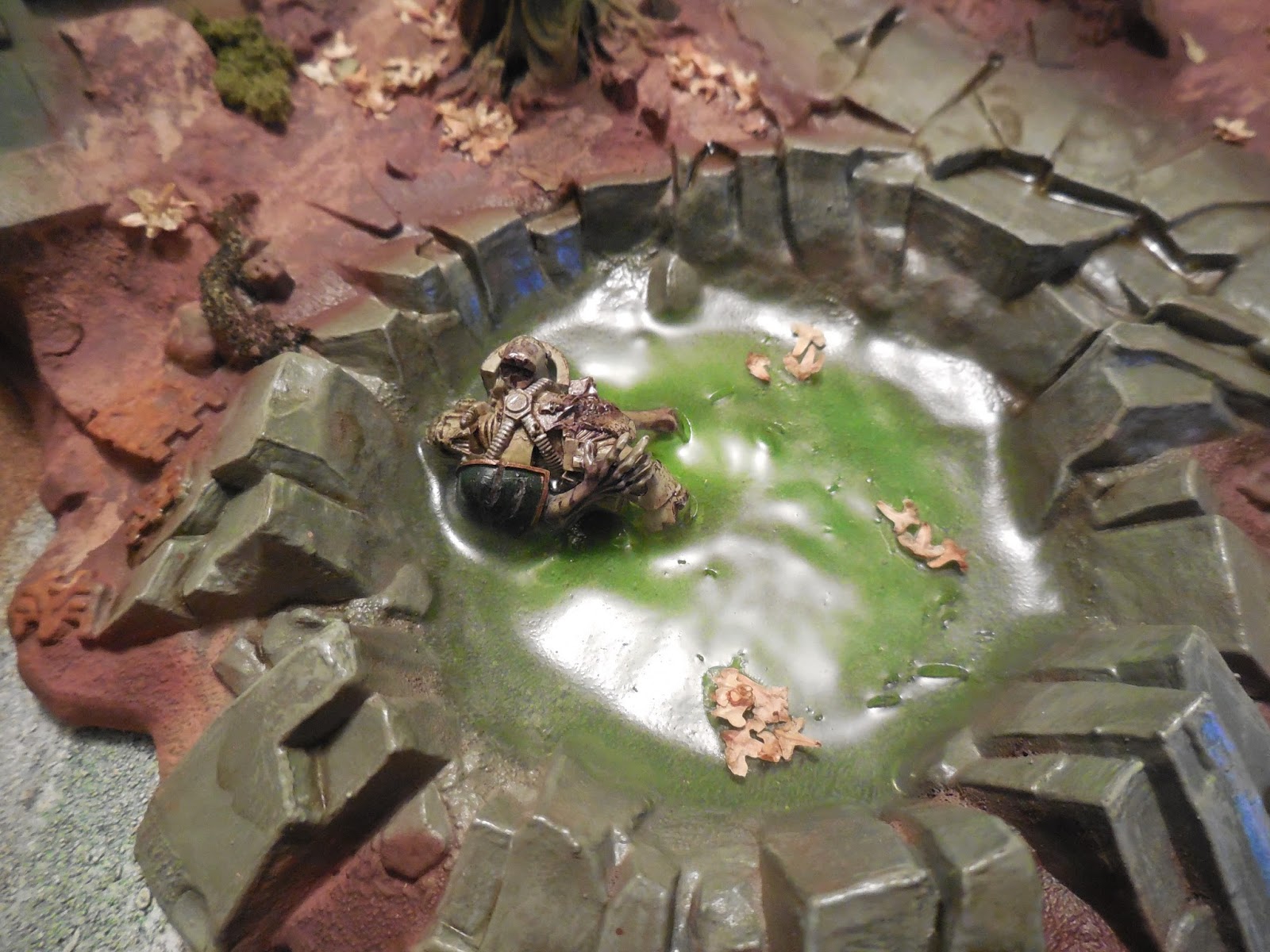 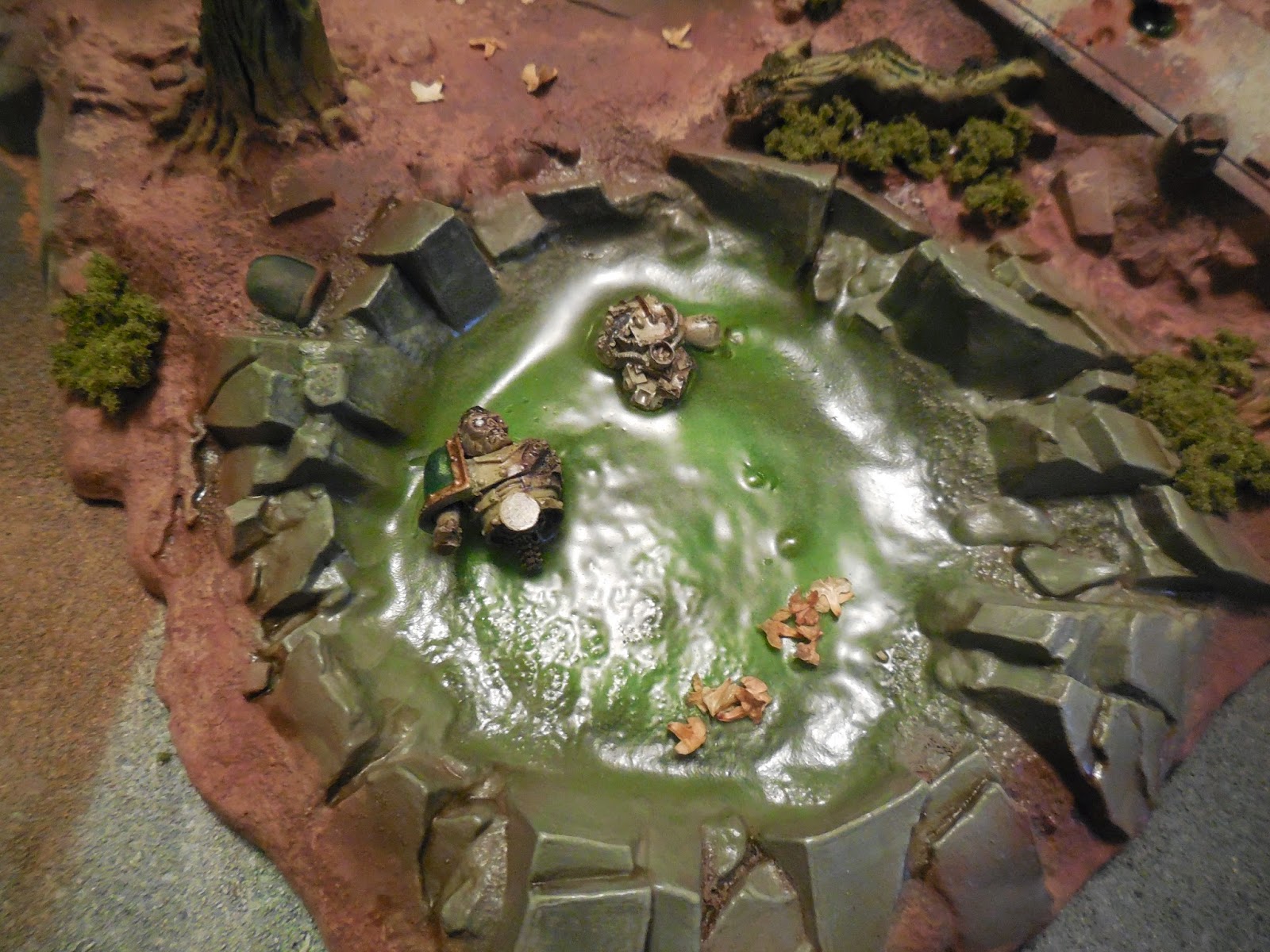 Cue Monty Python, I decided on.... A SHRUBBERY! 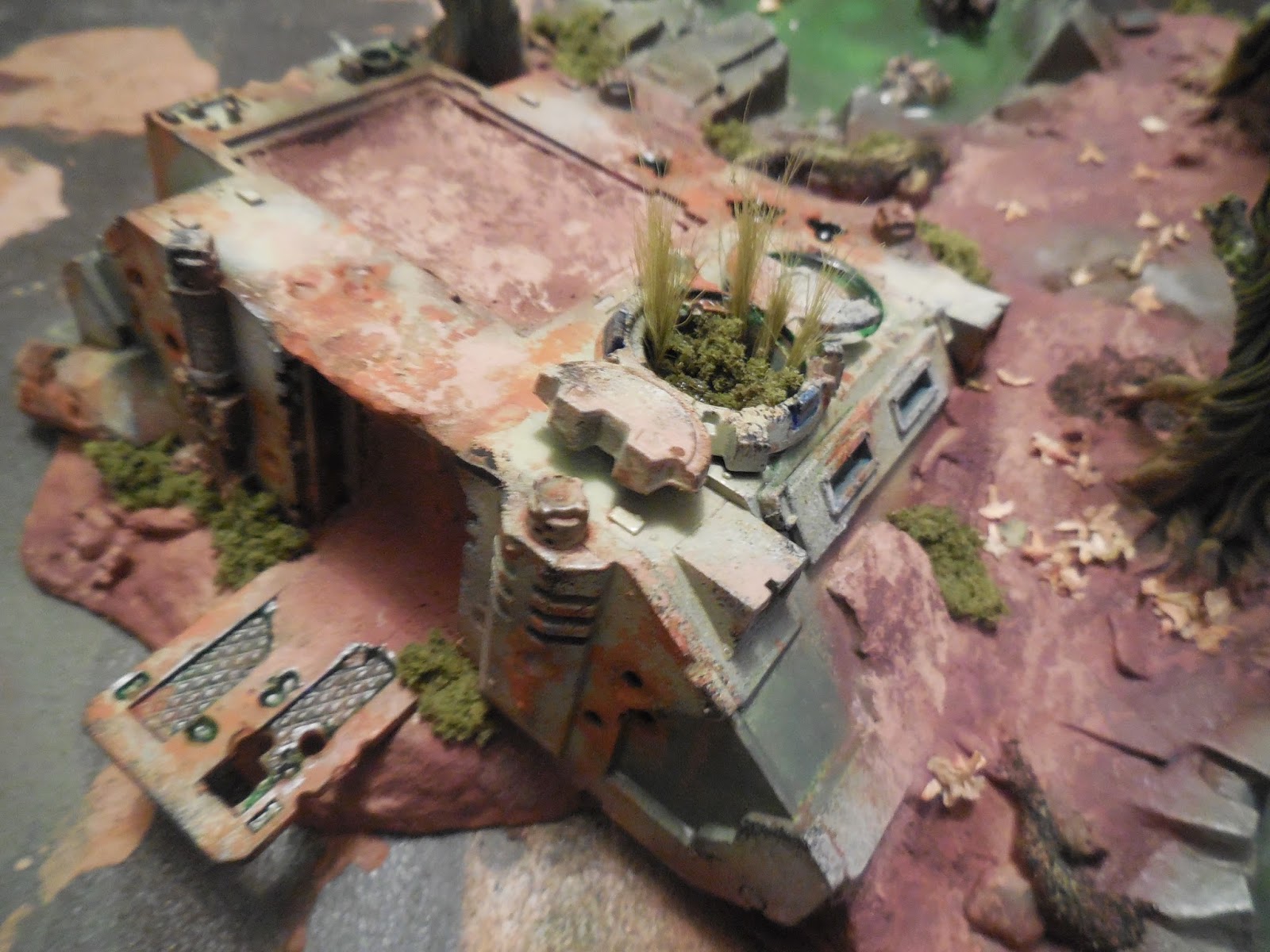 I also added small pools where the acid rain has collected in the damaged upper surfaces on the Rhino. 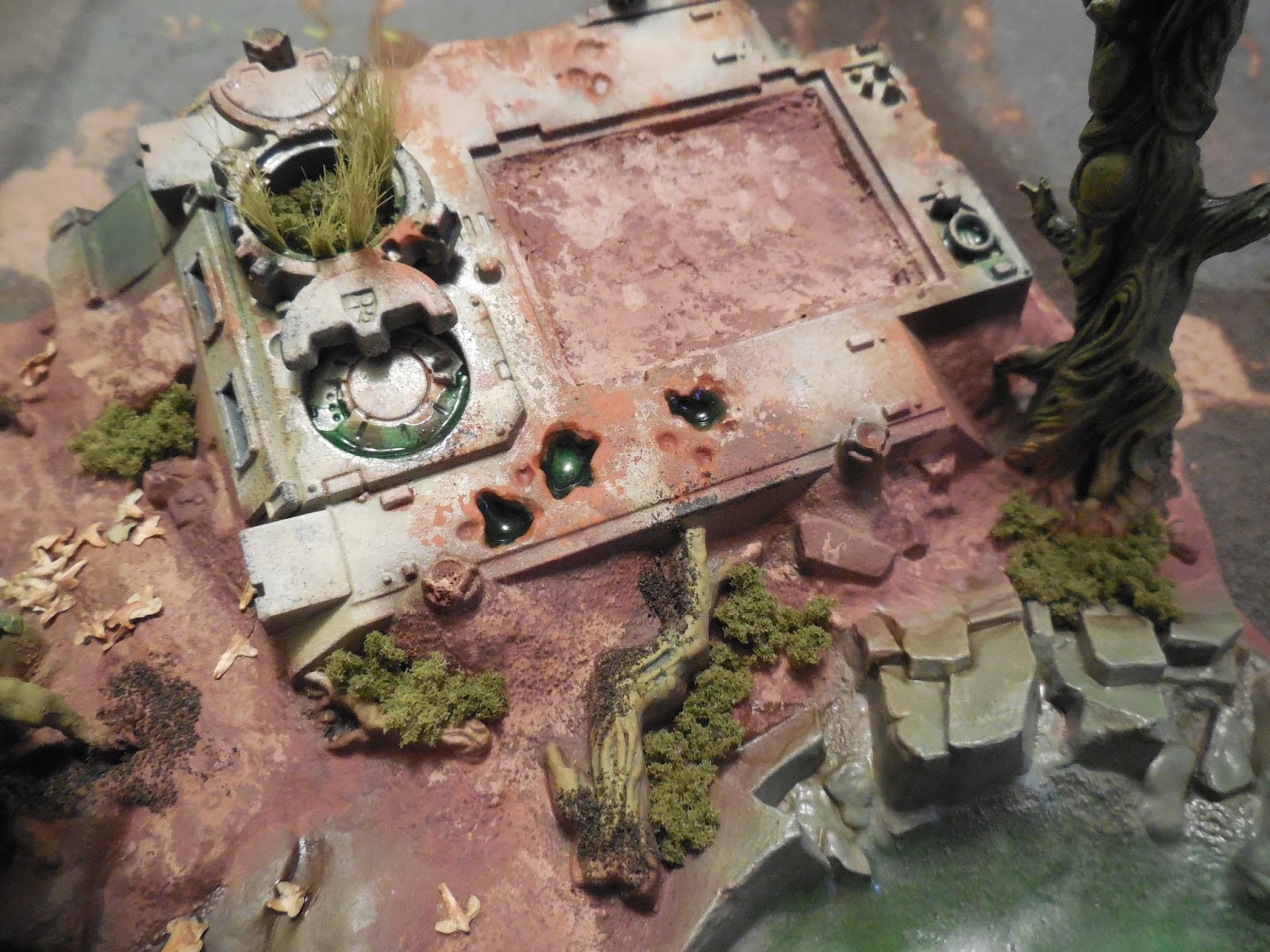 I used Rust Orange weathering powder and some old Fiery Orange paint to achieve my rust effects, which I applied with a mix of sponging and stippling. I also applied a very light weathering powder to the upper surfaces. 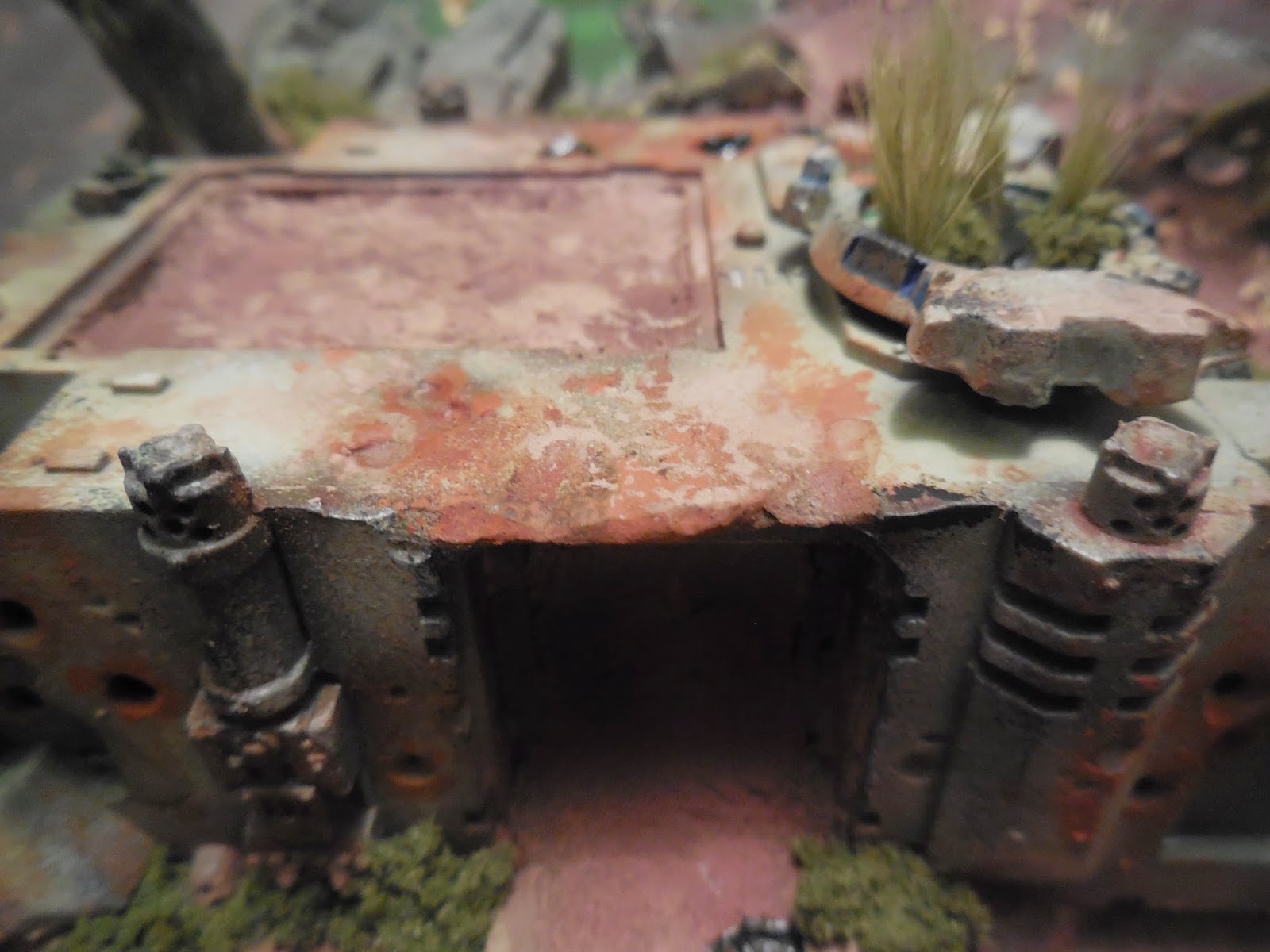 I have also added a bunch of shrubs, mold and fallen leaves, especially in the acid pools, just because they represent the theme of death, they were alive, but now they are dead and fallen. Artsy. 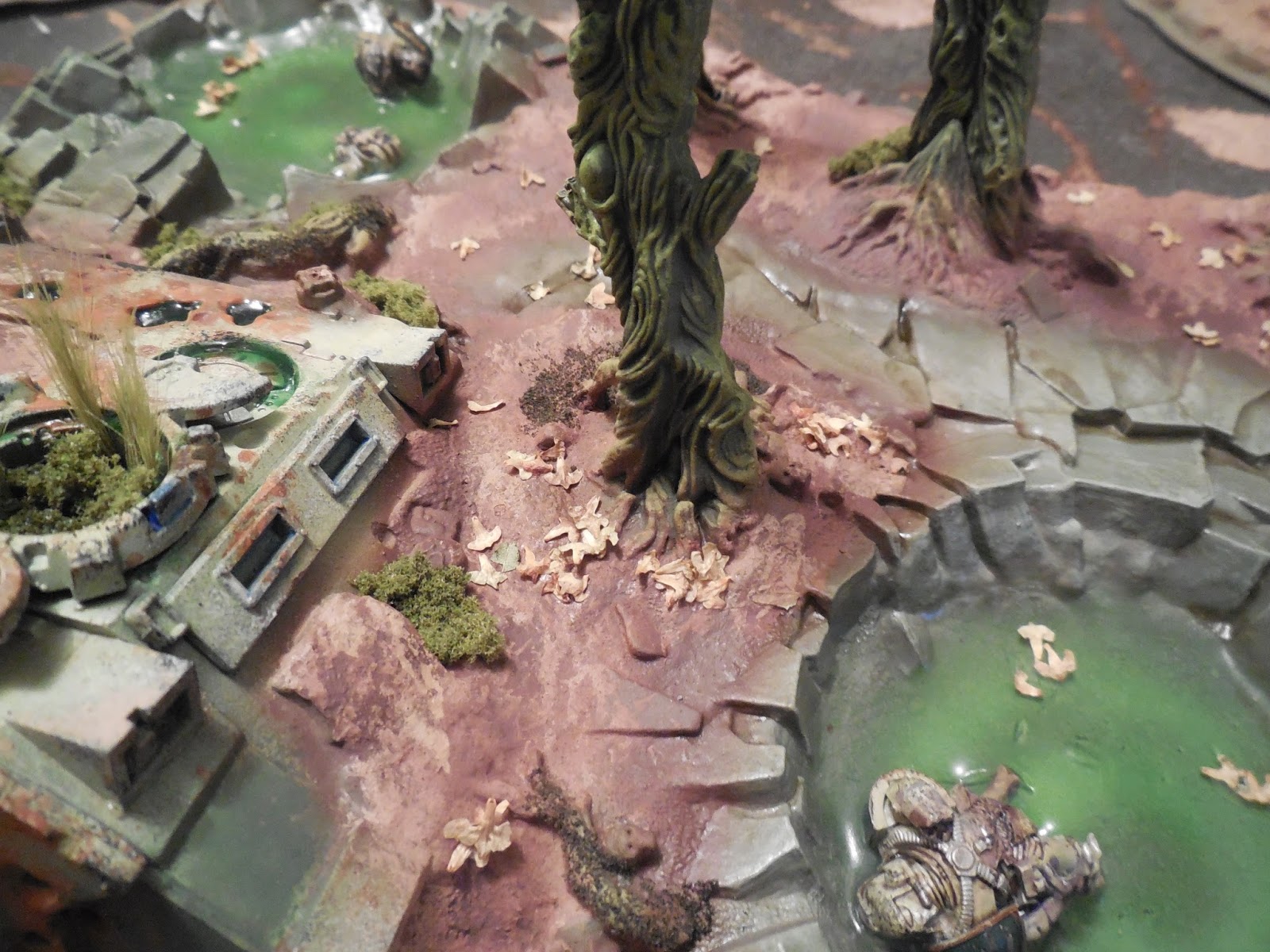 So there you have it, half the terrain for my Barbarus table. Next stop: a whole bunch of trees.... Overall I am pretty happy, I have to finish the water pools still, as they aren't dead flat, but that's for another day. Let me know what you think,