Macca on Tactica, Lords of War: The Good, the Bad and the Ugly

In the Horus Heresy spin-off game, we have a bucket load of Lords of War to pick from. Forge World first came up with the idea of including apocalypse units into regular armies, as the Heresy is a tad different to 40k. In the Heresy, the games are huge in scope. Although you can play at smaller levels, most games seem to be aimed at about the 2500 point level. Consequently, some checks and balances were put in place to prevent these super powerful units making an appearance below the 2000 point mark.

As a side note, in my humble opinion, I think GW really fucked up the concept of the Lords of War (LoW) in 40k. Their game system wasn't designed for them, it's a different game, because the variety of units varies so greatly it is really hard to balance the LoW, and because there are no checks in place it means it is all too easy to further unbalance the game. 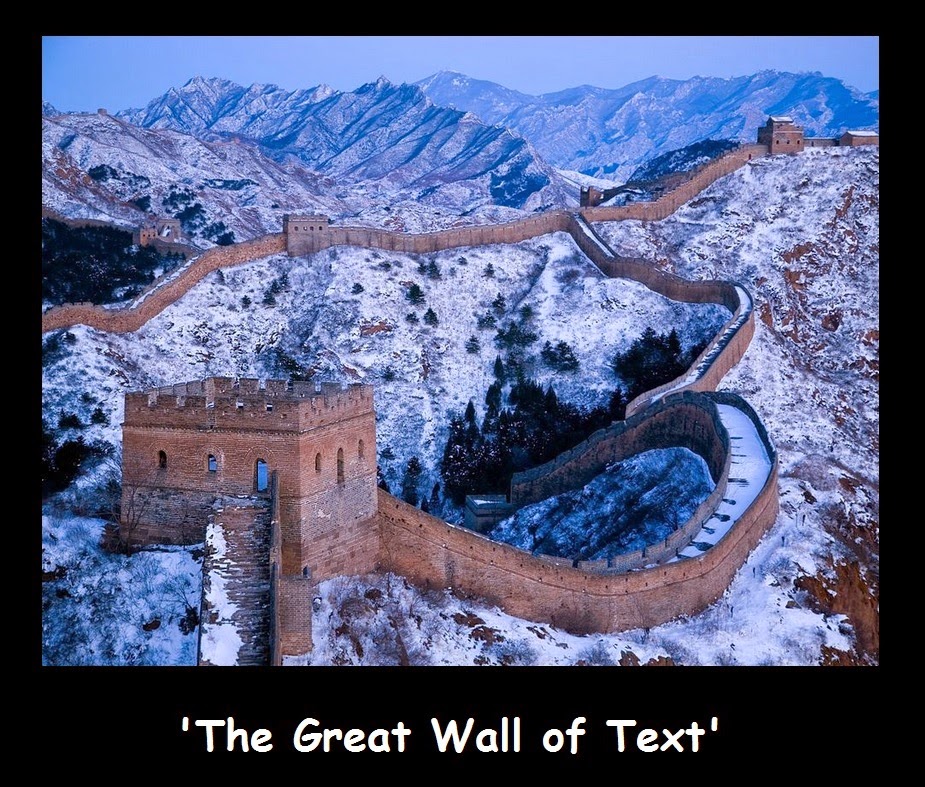 So why did they introduce LoW then in 30k?

1) As I previously mentioned, it's a game that is larger in scope. You don't need to use a second Force Org Chart (FOC) at 2000 points, you've usually only half filled your first one. This means you can include more powerful units as they are offset by the amount of lesser units.

2) They are a force amplifier. For about 400-500 points (on average) you get a powerful unit, but it can usually be killed by a unit or combination of units that are cheaper. The advantage is of course that you can cause a ton of damage in your often brief time in play.

3) There was no other existing slot in which to introduce a unit which is so powerful and so rare that it shouldn't be used in any other existing FOC slot. These units vary in role and their type, you can't call a Typhon Siege Tank a heavy support choice, nor can you call Horus a regular HQ. The option was to either take the Warhammer Fantasy approach and give them multiple FOC slots unique to each, or, to take the simple route and include a new slot.

4) You are able to more easily limit and manage powerful units if they are grouped into a single category.

Types of Lords Of War

There are 4 types of Lords of War. These are the characters, the tanks, the walkers and the fliers. Each of these work differently, so I am going to quickly look at each type.

-Characters. This category mostly just includes Primarchs, although in 40k they decided that one Ork in particular needed inclusion. Characters are useful LoW as they are not only a powerful combat unit, but they act as a buff for the army, and this is something no other LoW does.

-Tanks. These are the most common LoW that you will see running around, uh, I mean, driving. They usually possess 3 features: Firepower, Armour, and the ability to use that firepower in extreme ways.

-Walkers. From the basic Imperial Knights right up to the giant Titans themselves, walkers give you some of the advantages of Tanks, but they also give you a close combat option.

-Fliers. These are usually the weakest LoW for their points, and by weak I mostly am referring to their armour. These units usually have excellent firepower, high speed and a large transport capacity.

So what Lord of War should you use?

This is an interesting question, as it depends on several factors. Personally, I love the idea of my Primarch leading my force, it's interesting, dynamic, and you kind of feel like you're really forging the narrative (unlike running a fucking unbound list, what the shit, that's not forging the narrative, that's an excuse to sell giant plastic kits to teenage dirtbags).

Erhem, sorry about that, I seem to have some sort of possession in my hand that makes me type bad things....

Anyway, I like Primarchs. But, really, it comes down to what your aim is. Are you gaming to win, or are you just out to have fun? First, you are restricted by your points, a LoW is no use below 2000 points, as you can't take them. On top of this, even if you hit the 2000 point mark, you can only take a 500 point LoW which kind of restricts you to the lighter LoW like the Knights, Spartan-chassis and Primarchs. At the extreme end, you can't really take a Reaver Titan until you hit the 8000 point-ish mark. This means that although it looks cool on your shelf, it's not likely to get much game time.

If you're into winning at all costs, well, some LoW are far more powerful then others, take the Glaive or the Typhon. These units will do far more damage with a well placed shot then something like an Imperial Knight Paladin. You want to pick a LoW that will do two things: a) survive as long as possible; b) cause as much damage as possible. This is especially important in one-off games. If you know that the other player has massed drop pods, then you are unlikely to achieve success with units like tanks when the other guy is either going to be well inside your minimum effective range or already popping you with their alpha strike.

If however, you are forging the narrative, you want to pick a LoW that backs your vision. Would the Raven Guard prefer to take to the field with Heavy Armour, or a Thunderhawk? Would the Iron Warriors, conversely, take light armour and poor ranged units? Highly unlikely. Same thing if you're taking a Primarch. If you take a Primarch that is designed to buff your force, such as Lorgar, then you don't want to pick a fist fight with a Primarch like Ferrus Manus, as you are wasting the gifts of that particular LoW by having him squished in turn 3.

What Lords of War do I recommend?

Characters: ALL THE PRIMARCHS. I love them all, they are all fun, I can't wait to have them all, it's like freakin' Pokemon, you gotta catch them all!

The Good: All of them.

The Bad: Waiting for them all to be released. 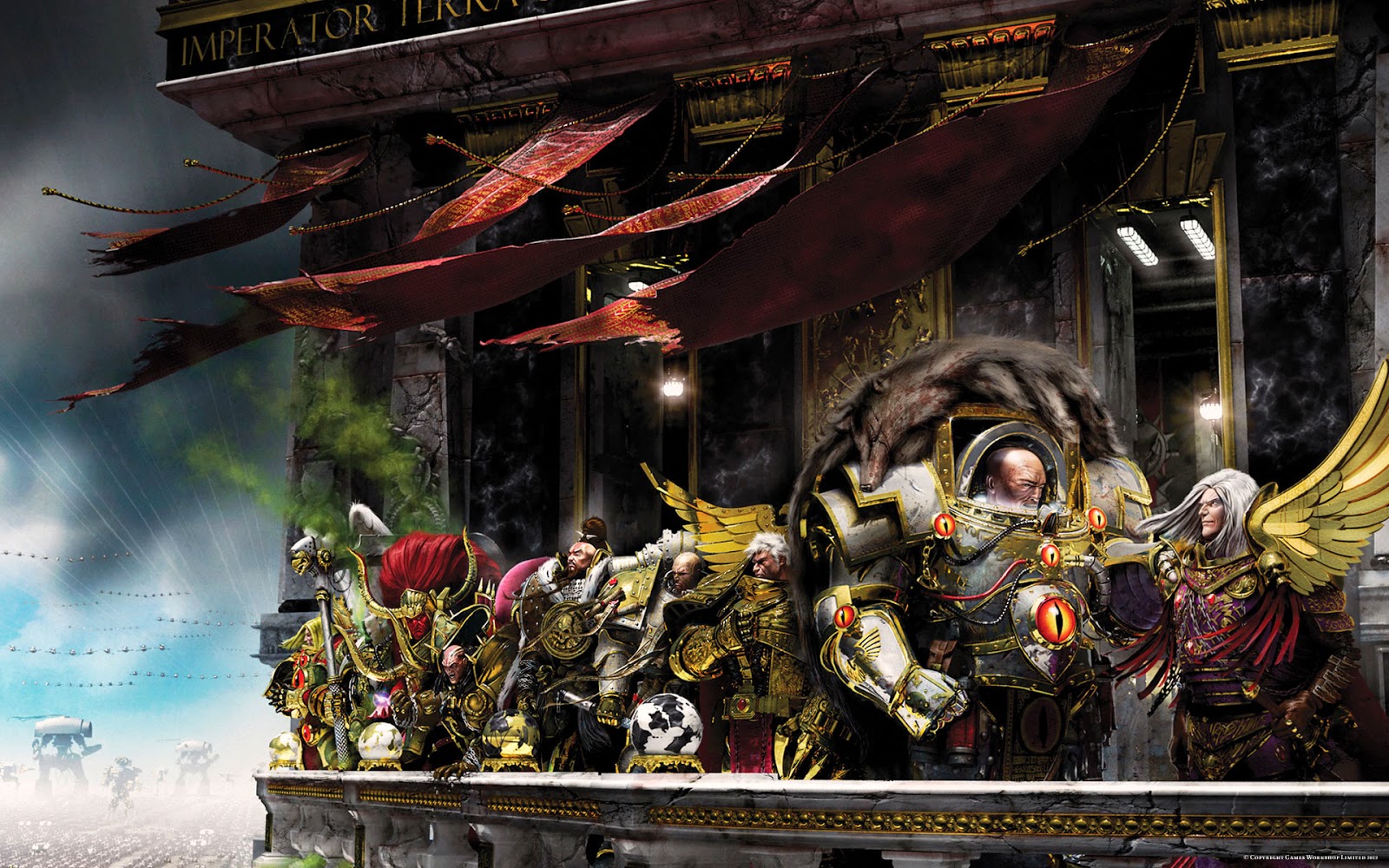 I actually brought a copy of this image from Black Library I love it so much. This is what fans do when they appreciate a product, they will pay for it if they think it's worthit.

Tanks: I like the Typhon and the Glaive, as far as tanks go, these units are just brutal. The ability to wipe units and to hurt armour makes both of these units excellent inclusions. Where most LoW fail is that they often bring weaponry to the field that is best at killing armour. Whilst they are very good at this, they lack the versatility to make them worthy inclusions. The Falchion for example is the perfect example of this. It is incredibly heavily armed, but it basically (on a good turn) will pop 3 vehicles, maybe kill half a dozen terminators, and this is assuming that they fail their saves. With this in mind:

The Good: Typhon, Glaive, Fellblade, these are all versatile and can cause massive damage to both infantry and armour.


Fliers: With the fliers, again, I want versatility. This in mind, the Thunderhawk is excellent, you have a high powered main weapon, numerous lighter weapons and the transport capacity. The Transporter however.... ugh. I get why they made them. It's cool, they had them in epic 40k, they are purely for the fluff. Unfortunately, they just don't have the goods, and the ability to move a pair of rhinos (even loaded rhinos) around the battlefield is a waste of both your Lord of War and the points.


Walkers: With the walkers, it's all down to practicality. All the Knights are great, they all work with the already badass Mechanicum. Unfortunately, the Titans are just too expensive to see any real action until you hit the 4000 point mark, and at that point, the other guy might just be bringing too much for even your one titan to handle.

Like anything, taking a Lord of War is totally up to you. Everything I have just written about is my own opinion, and it is up to you how you choose to take what I have said. That's all for now,